France’s most recent, relatively unsung revolution had no landmark catalyst like the infamous storming of the Bastille prison in 1789. In fact, its humble beginnings took place hundreds of miles away from the French capital. Still, you could argue that the results of this uprising, however subtle, have had no less of a global impact.

By the closing decade of the 20th century, several European cities had begun making incremental improvements to an outdated “bike sharing” concept that , by this point, had already been in existence some 30 years. These included Vienna, Portsmouth and, to absolutely no one’s surprise, Copenhagen. Yet it wasn’t until the 2005 release of Lyon’s Vélo’v that the notion of a citywide public biking system made the transition from superfluous to sexy.

And as with all things sexy, heads began to turn.

Prior to 2005, biking made up a whopping 1.5% of Lyon’s overall transportation sector – a figure that placed it well outside the realms of pedal-based powerhouses like Amsterdam and Seville. It was therefore understandable that the city’s initial goal in implementing a new, high-tech public bike share had nothing to do with lofty visions of a transpo-cultural revolution. Instead, officials focused on moderate reductions in Lyon’s growing level of vehicular traffic. 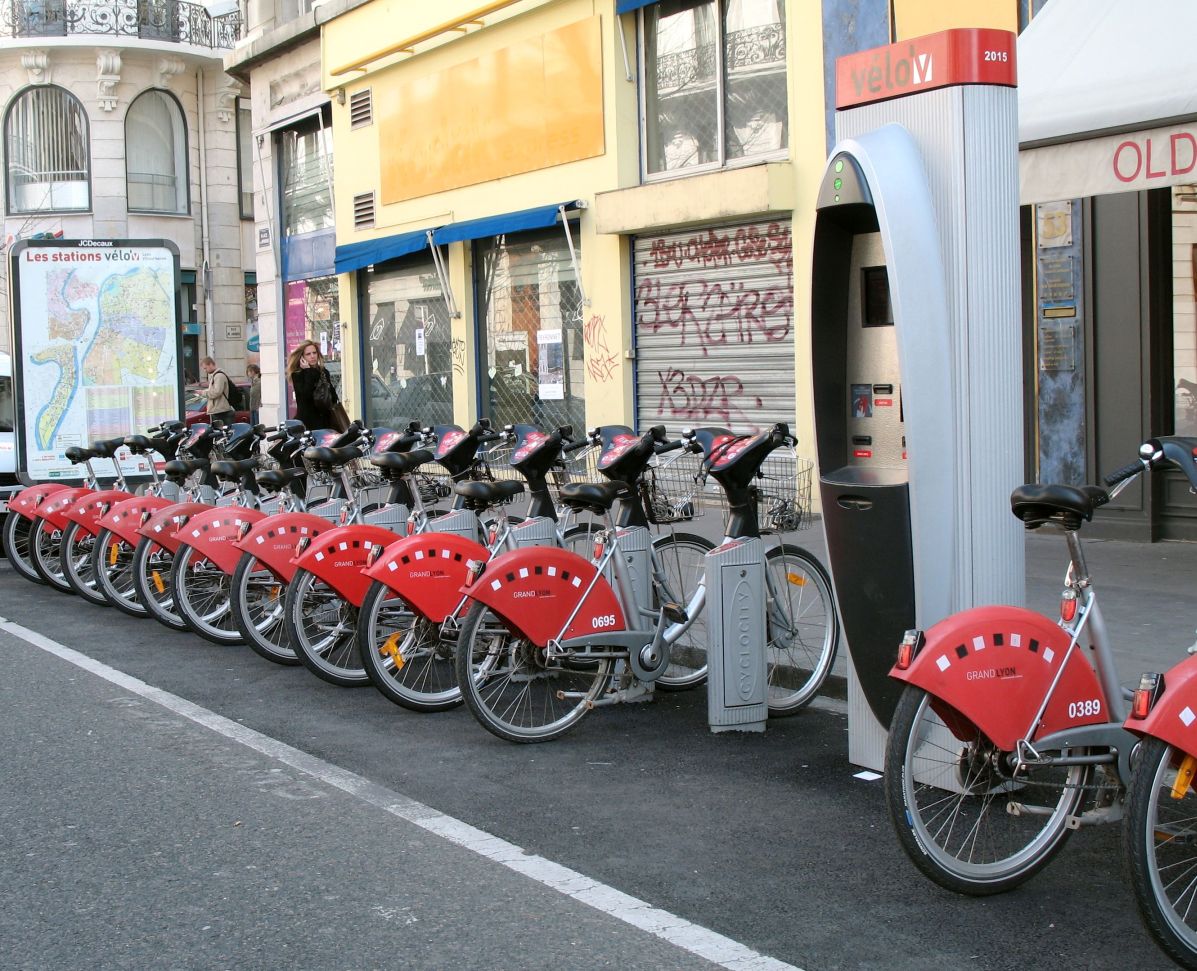 In the 7 months that followed Vélo’v’s introduction, however, the extent of the system’s success simply could not be overstated. Residents quickly took to both the novelty and efficiency of electronically released, single use bikes available on demand. Coupled with low pricing models, a generous distribution of stations and enhanced cycling infrastructure, it wasn’t long before membership topped 15,000, and by December of its inaugural year Vélo’v’s 1,500 bikes were being used an average of 6.5 times per day. This would be followed shortly thereafter by an overall bike traffic increase of nearly 500%.

Intended or not, the revolution had begun; and Paris, a city that plays second fiddle to no one (particularly when it comes to social uprisings), would not be left behind.

As with other notably successful additions to the Parisian city-scape, the idea of public bike sharing was initially met with a certain…how shall we say…disdainful skepticism by city residents. Many a cigarette was lit and many a glass of Bourgogne imbibed amid conversations that included such classic Parisian phrases as “inevitable failure” and “waste of taxpayer money”. Nevertheless in July of 2007, then-Paris-mayor Bertrand Delanoë officially rolled out the French capital’s Vélib’ system, a playful combination of the words vélo (bike) and liberté (freedom). It would go on to become one of the defining accomplishments of his political tenure, and change the face of bike sharing forever. 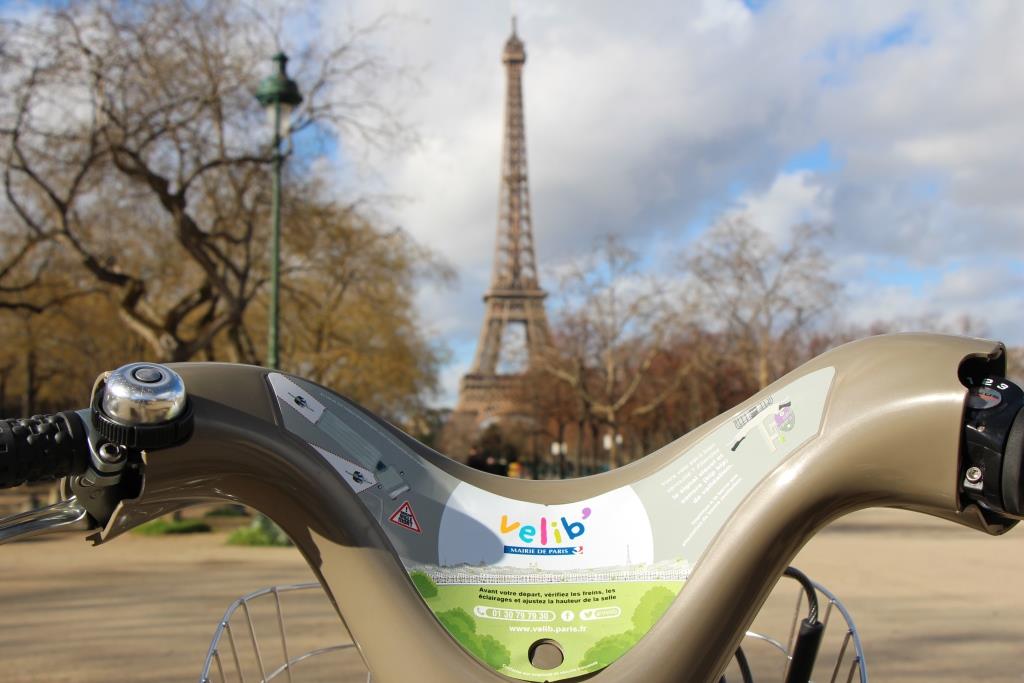 Which isn’t to say the going was always idyllic.

After a slew of various initial hiccups ranging from vandalism to rampant theft, Vélib’ would remain an unprofitable venture for the first 4 years of its existence. This, however, didn’t stop cities like Beijing, Shanghai, Rio de Janiero, and Washington DC from launching their own public bike shares in 2008, bolstered by the sight of a major metropolitan hub like Paris diving more-or-less successfully into the pool head first. For a time, new bike shares modeled after the French capital’s began launching at a rate of nearly one per month.

Today Vélib’ continues to be a leader in bike sharing throughout the world, with a staggering market penetration rate of nearly one bike for every 97 residents. That translates to over 20,000 2-wheelers circulating between 1,230 stations citywide, and a daily ridership of just under 100k.

Yet as with all successful revolutions, the continued prosperity of France’s recent foray into bike-sharing will depend heavily on its ability to adapt to the changing needs of its riders.

And just what are these needs? Well for starters, there are the bikes themselves. At 23 kg, or just under 51 lbs, it would be a stretch to call the 3-speed goliaths that make up Vélib’s (and just about every other public bike share’s) fleet a “joy to ride.” One might be excused for saying they are to fun what Gérard Depardieu is to sobriety. Then there’s the immobility of the stations themselves, requiring either a gargantuan city-wide effort to accommodate all possible destinations or, as is more regularly the case, a lack of consistent availability depending on location and time of day. Toss in the need for proactive steps with regard to bike infrastructure and safety and the hurdles quickly begin to pile up. 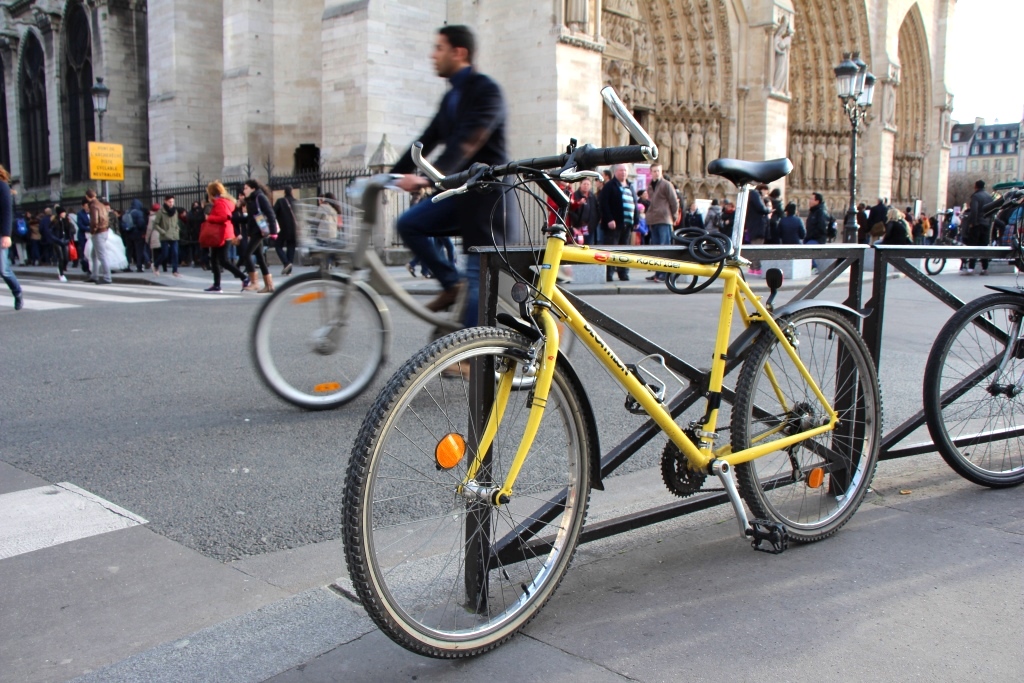 To stay ahead of the curve, French cities and citizens alike will have to think creatively to help supplement institutionalized and often cumbersome bikeshares like Vélo’v and Vélib’. Spinlister is one such solution. The U.S.-based bike sharing site/app is just beginning to branch out into European waters, offering its members the freedom to choose the bikes and pickup/dropoff locations that best suit their needs. The P2P nature of its service also means that listers and riders can lend safety gear like locks, lights, and helmets, as well as exchange personal tips and insights that might just come in handy if you’re one of the 30+ million tourists visiting the City of Light every year. But this is just one in a host of potential avenues to consider moving forward.

For the time being, it remains to be seen what the future has in store for Wired.com’s home of 4 of the top 20 biking cities in 2015. That said, the next time you find yourself pedaling the streets on a low cost, rented set of wheels, give a well deserved ring of the bell to the country that made bike sharing a household name in the 21st century. It may not elicit the macabre excitement of the guillotine, but as far as the overall value of revolutionary inventions is concerned well, this one’s a no brainer.

John Wachunas
John Wachunas directs content development and social media marketing at Spinlister. He is an avid traveler and published travel writer, as well as a co-founder and former content director at Embark.org.
Previous Post My cell phone is my best friend Next Post Red Hook Crit 2016: Crazy Crashes and Stunning Victories in Brooklyn

Better Cycling Images: How The Right Photography Can Help Rent Your Bike