24 Hours In Portland: A Must See Bike Ride In The City Of Roses

From one of the world’s most dangerous port cities to a thriving nucleus of craft beer and counterculturalism, it’s safe to say a lot has changed in Portland over the years.

Unlike New York or Chicago or San Francisco, the largest city in Oregon doesn’t rely on towering buildings or iconic landmarks to fuel its modern-day appeal. In fact, there are laws in place to make those kinds of grandiose structures exceedingly difficult to erect. Instead, newcomers flock here in droves to get a taste of that distinctly quirky, easy to laugh at, yet somehow charmingly cool atmosphere that’s been cultivated along the banks of the Willamette since the 1960’s. 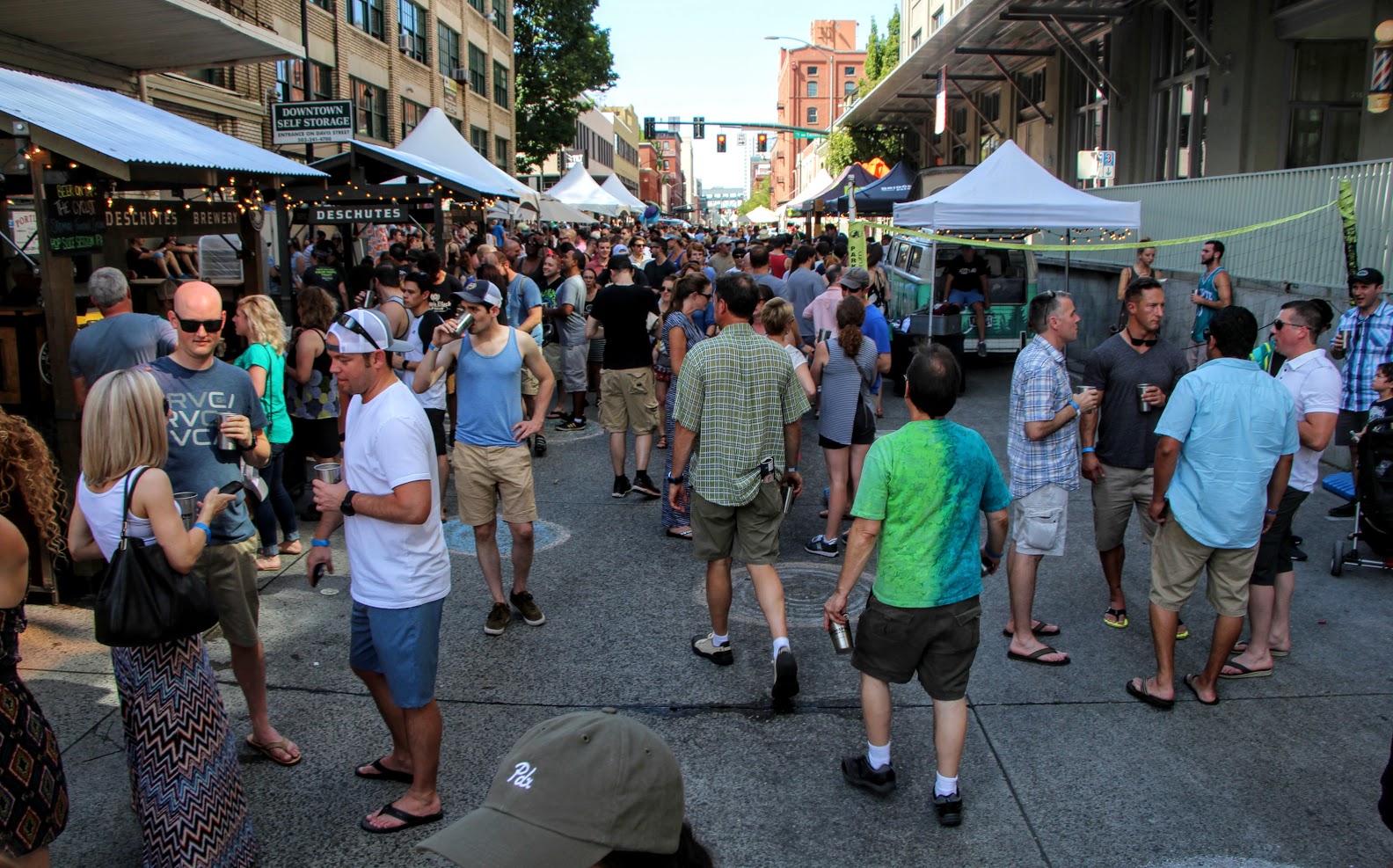 World’s tallest building? No thanks, we prefer the world’s largest independent bookstore.

To help you experience as much of this uniqueness as possible, Spinlister has mapped out one of our favorite must-see bike rides in the Rose City. Obviously there’s much more to do here than can be summed up in one tour, but if you’ve only got 24 hours in Portland to go exploring, these classic sights should get the job done nicely.

You haven’t eaten in Portland until you’ve ordered at a food cart. So what better way to sate your culinary curiosity than at one of the city’s most beloved food cart pods? Welcome to Cartopia, where visitors can select from over a half-dozen creative, casual food stands specializing in everything from wood-fired pizzas to gourmet PBJ’s. Take a seat at a picnic table under the large central tent and indulge those late night cravings, as most carts remain open until at least midnight. Sundays in summer, you can even pair up your dinner with an outdoor movie projection. Classic Portland. 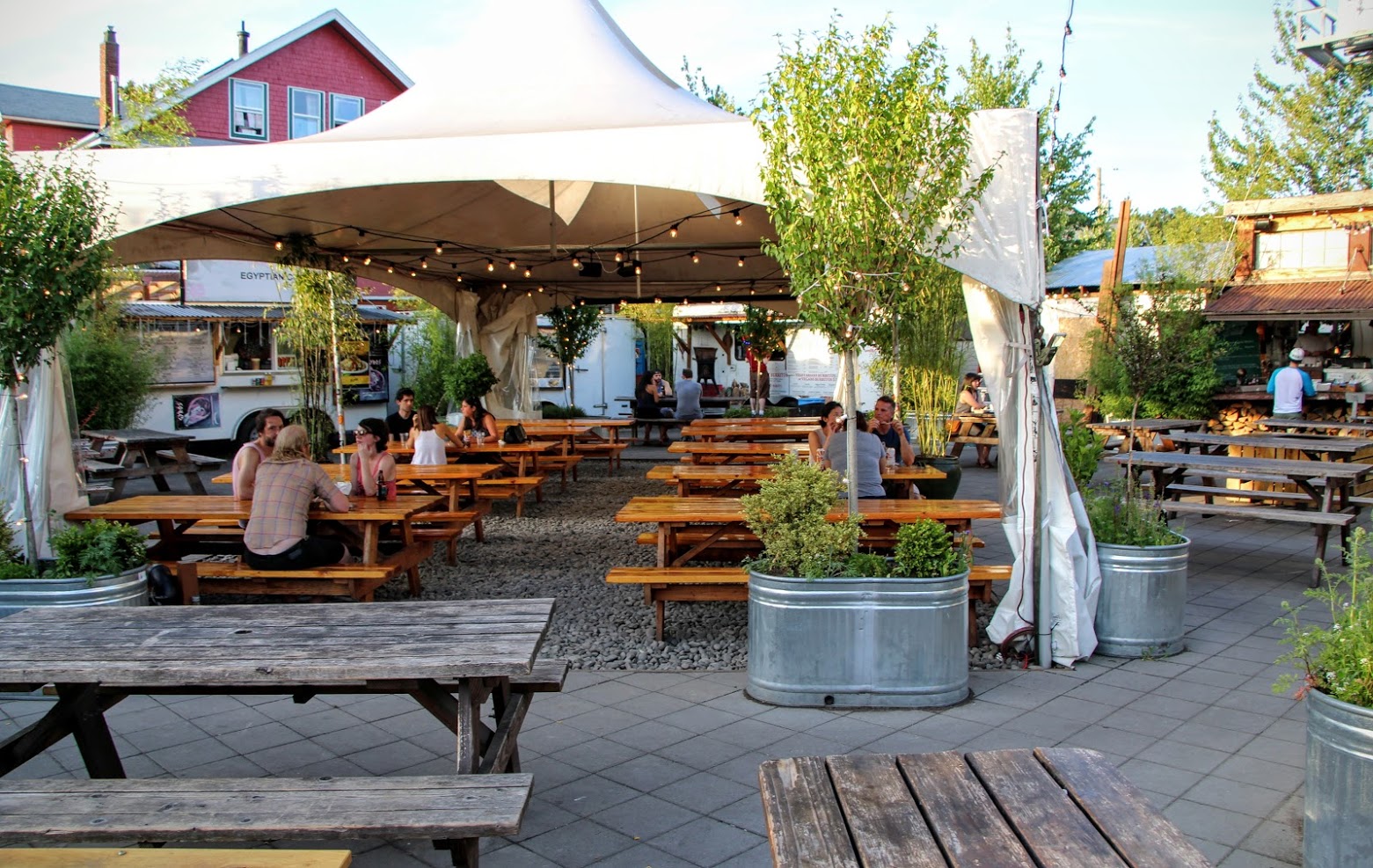 Portland’s Old Town Chinatown might not be the biggest or best known Chinese neighborhood on the West Coast, but it’s not without its charms. Case in point, the Lan Su Garden. Tucked within its stone gate and surrounding white walls is a lush garden of tranquility in the heart of downtown. The pagodas, pools, and plants are designed to blend nature and architecture in perfect balance – a result of Portland’s collaboration with its sister city Suzhou in China. Don’t expect a particularly long stroll, as the gardens can easily be traversed in about 10 minutes. Pair it up with a free guided tour, however, and you’ll probably feel your $10 have been well spent. 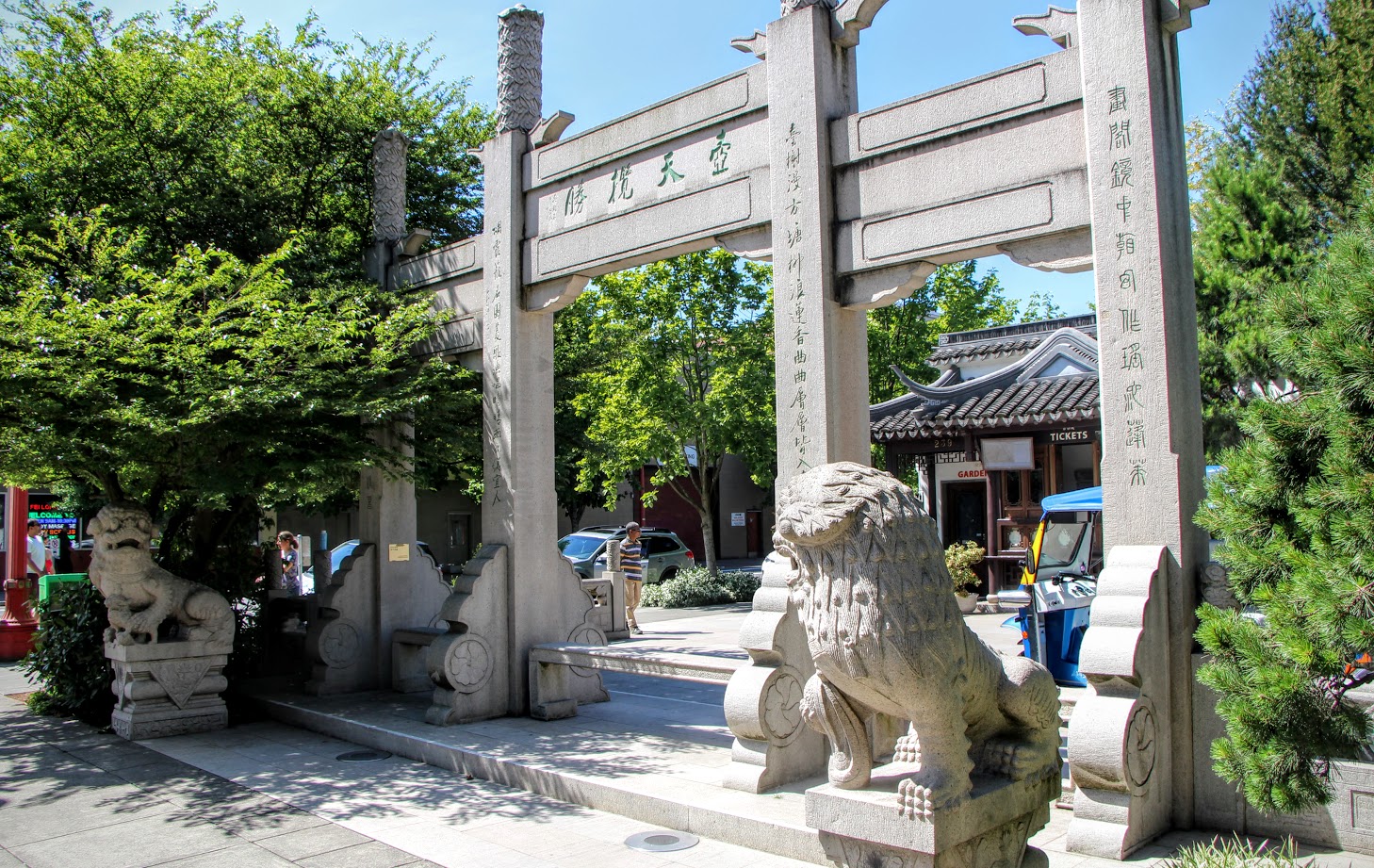 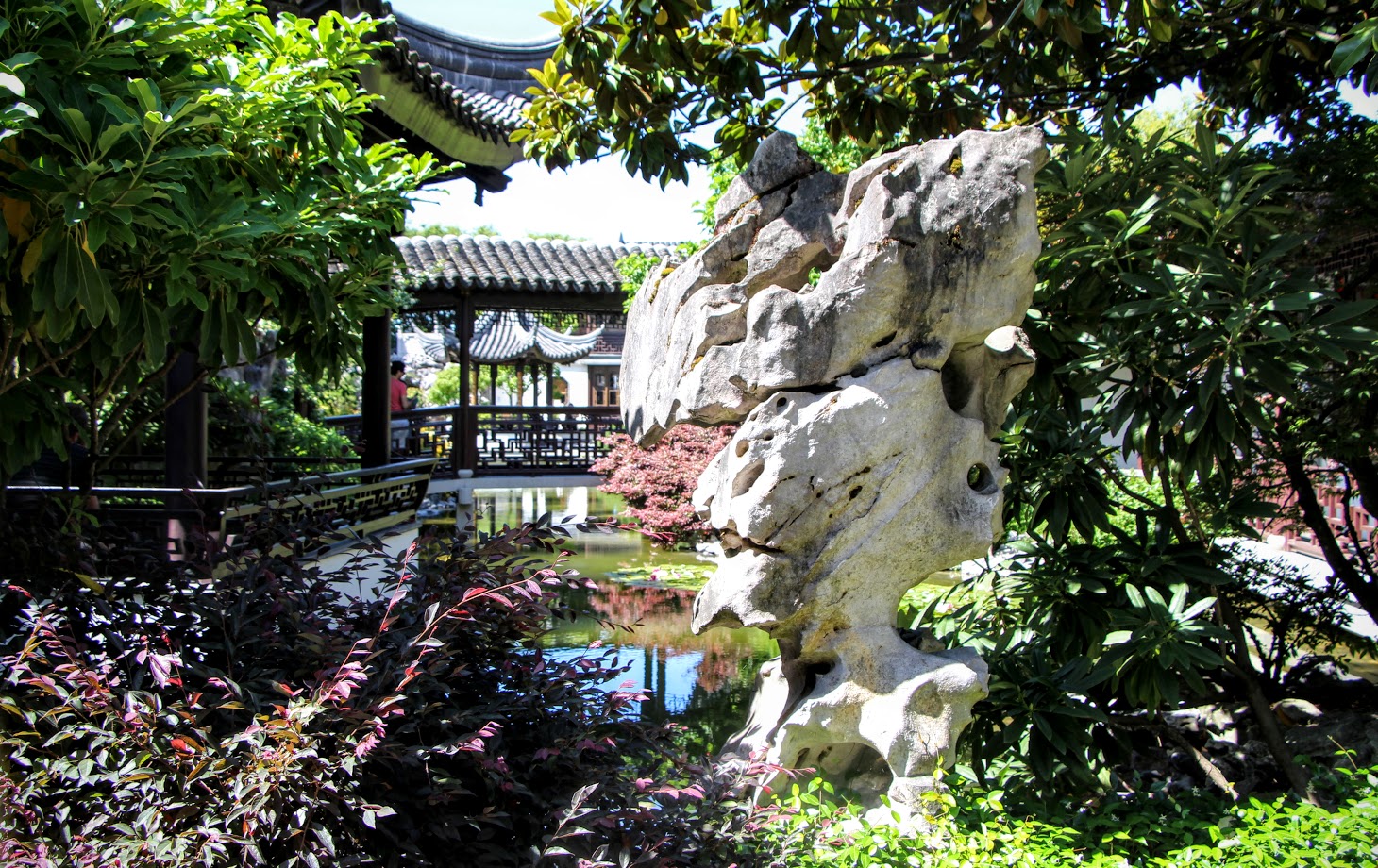 The pink box. The ever-present queue. The unmistakable aroma of sugar wafting through the air. Oregon’s flagship snack shop might have opened up locations in several other cities throughout the US, but the original Voodoo Doughnuts is still triggering insulin spikes right here on SW 3rd Ave in downtown Portland. It’s open 24/7 (yes, 24/7), so there’s never a bad time to stop for an Old Dirty Bastard, an Oh Captain, My Captain, a classic Voodoo Doll, or any number of other wacky, colorful creations. Just don’t forget to bring your cash and your patience, as you’ll be in line for a while. 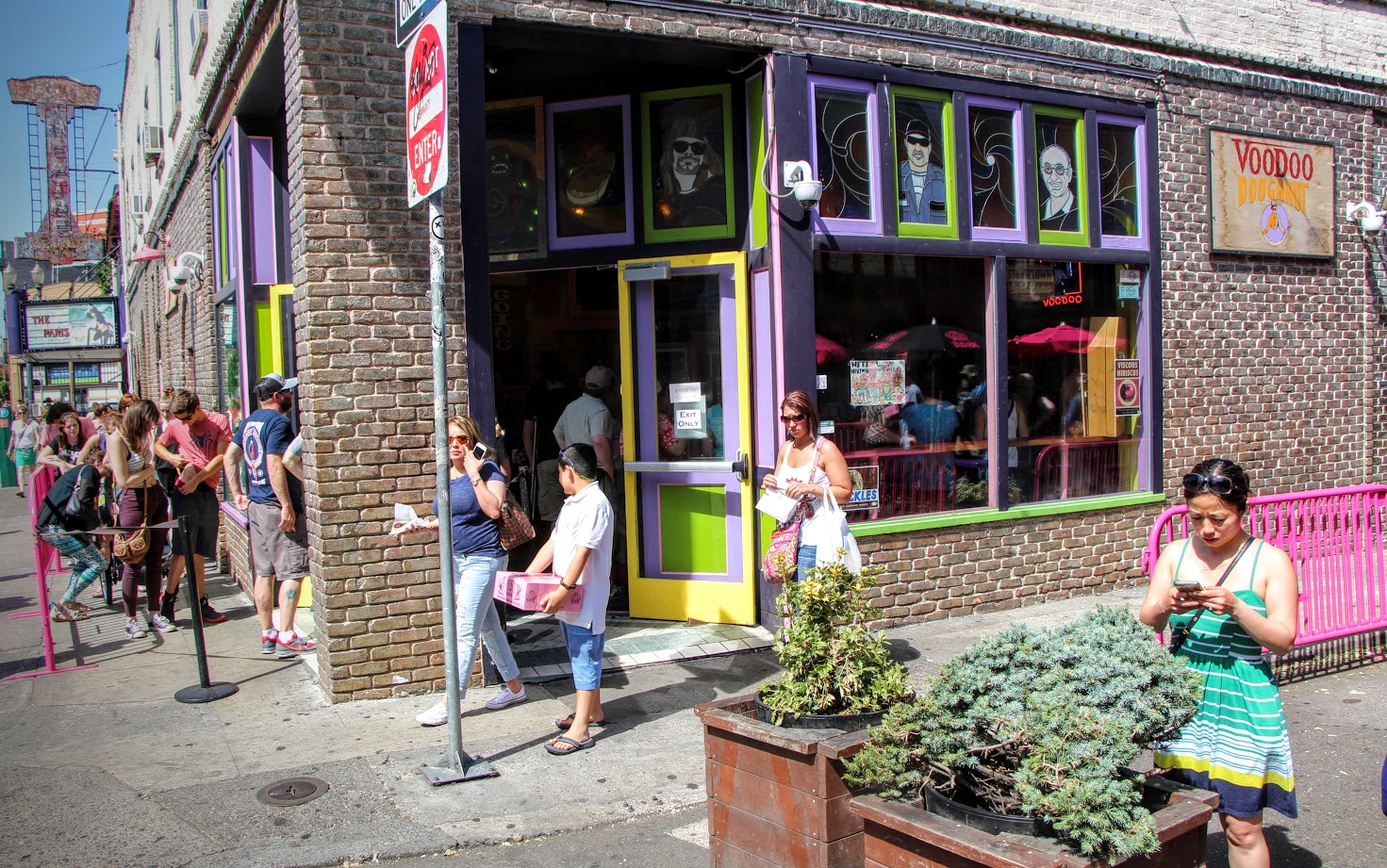 If you’re looking for a Portland spin on the classic indoor food court, consider it found. Pine Street Market proudly serves up trendy, slightly overpriced dishes from some of the city’s most well-respected culinary creators in a chic downtown ambiance. There are variations on fried chicken, pizza, middle eastern specialities, ice cream, and of course ample selections of craft beer, just to name a few. The spacing might be a little cramped, but its open-seating plan plays into the market’s overall jovial, family friendly vibe. Certainly worth a visit. 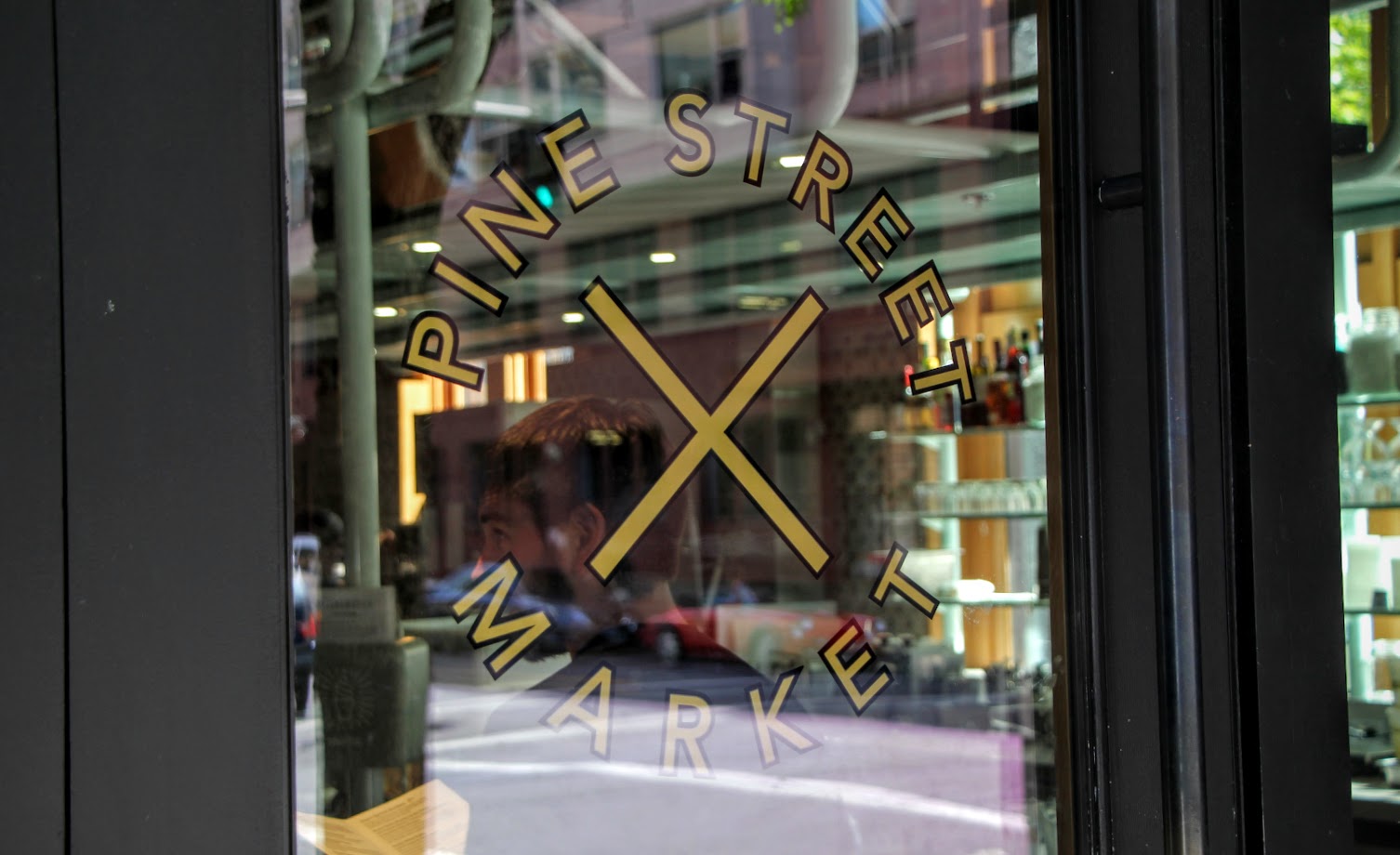 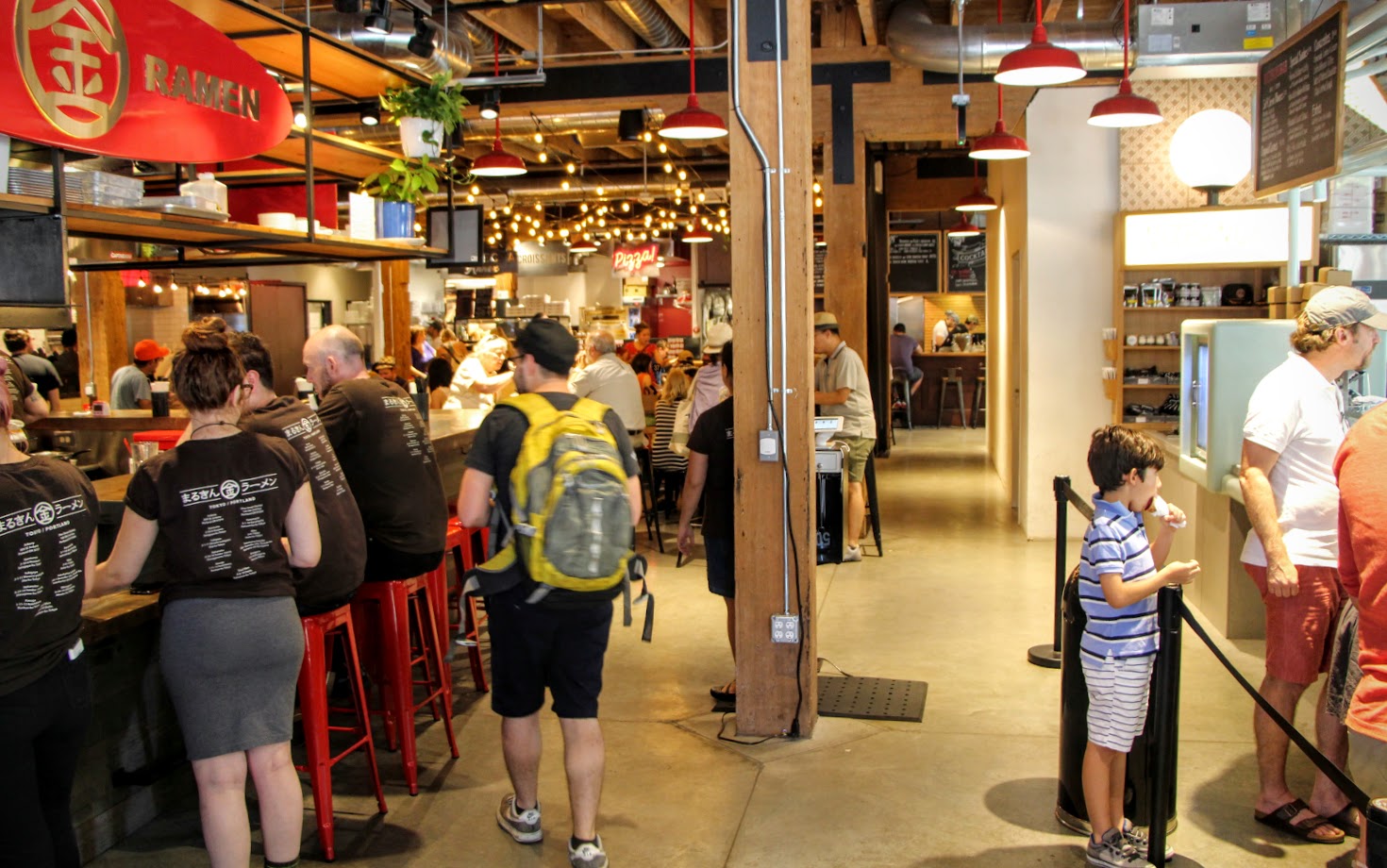 Covering an area of 68,000 square feet (6,300 sq m), Powell’s “City of Books” in downtown Portland is billed as the largest independent bookstore in the world. You could quite literally spend a day meandering its various color-coded floors and not have walked by all the titles on its shelves. Whether you’re looking to buy a new best seller, a used out-of-print classic, or make some room in your home library (they purchase around 3k used books per day), it’s a near-mandatory experience you’ll most likely want to check out at least once. 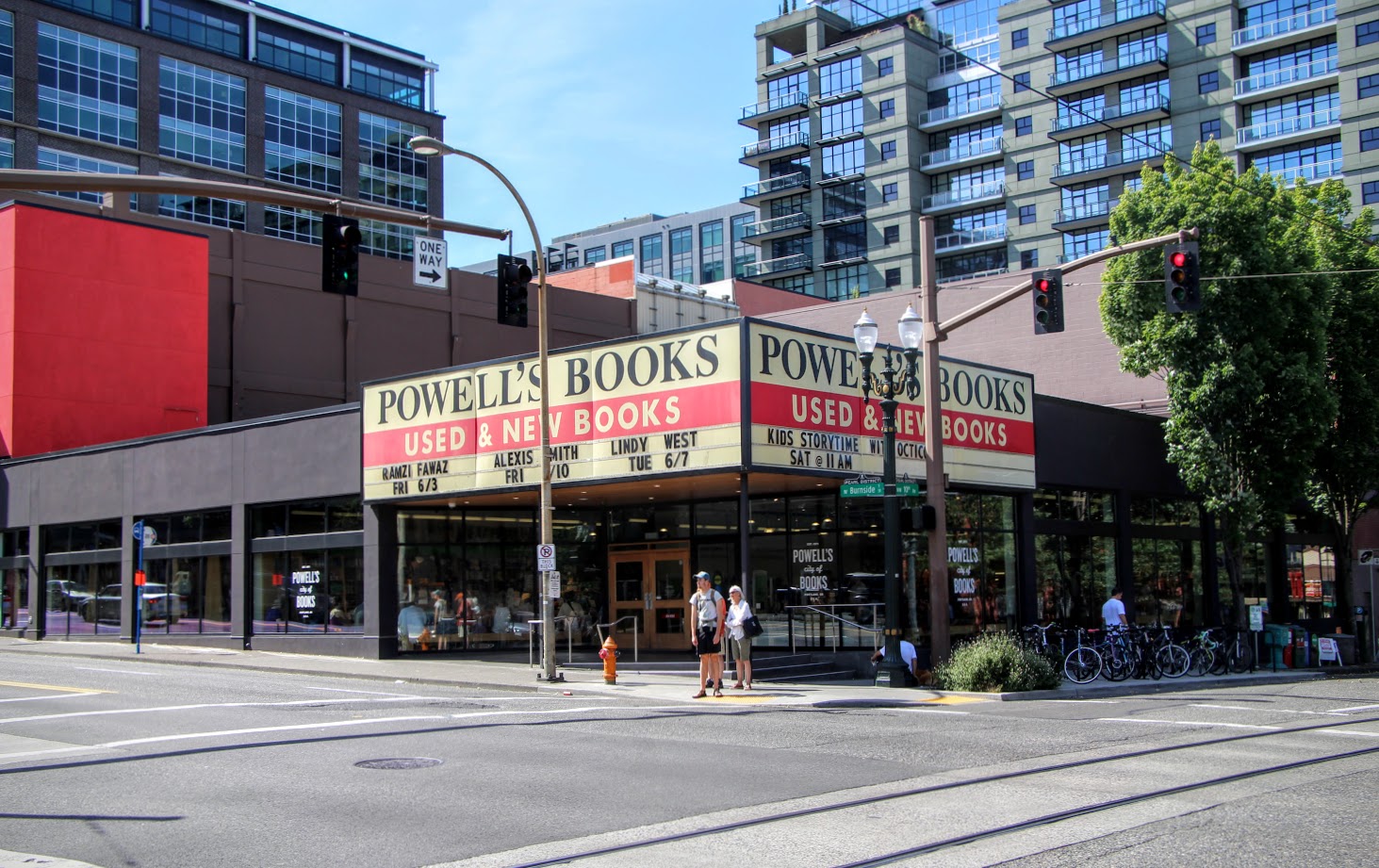 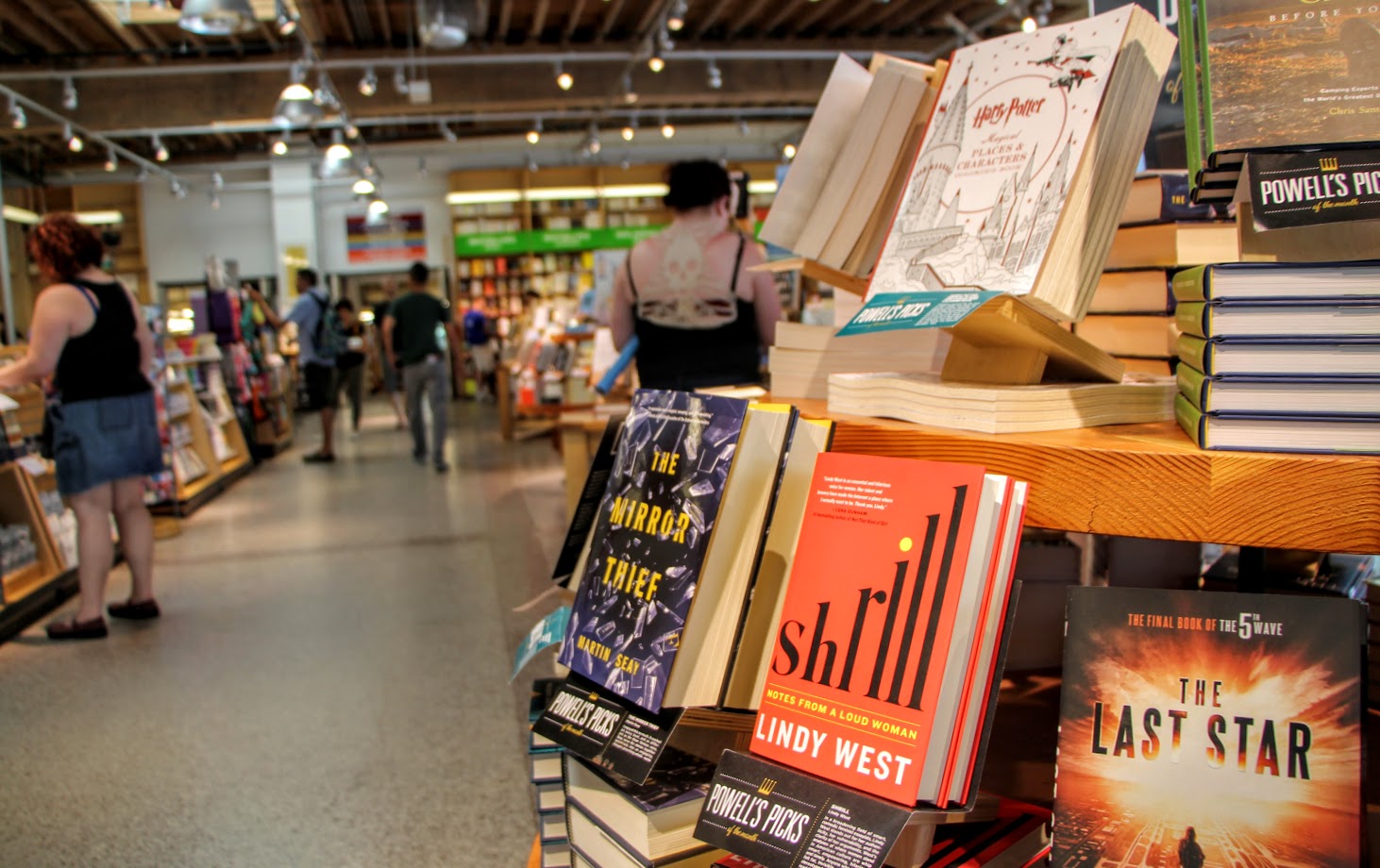 Between its dry, hot summers and chilly, rain-soaked winters, Portland is a veritable “paradis pour les rosiers” – hence its nickname “The City of Roses”. Nowhere is this fact more evident than at the International Rose Garden, where more than 7,000 bushes bloom annually. Located in the city’s 410-acre Washington Park, this free public garden is unsurprisingly a treat for the senses, but not just the olfactory ones. With awe inspiring views of Mt. Hood to accompany myriad rows of multi-hued flowers, it’s a fitting spot to cap off a tour de force of Portland’s most iconic destinations. 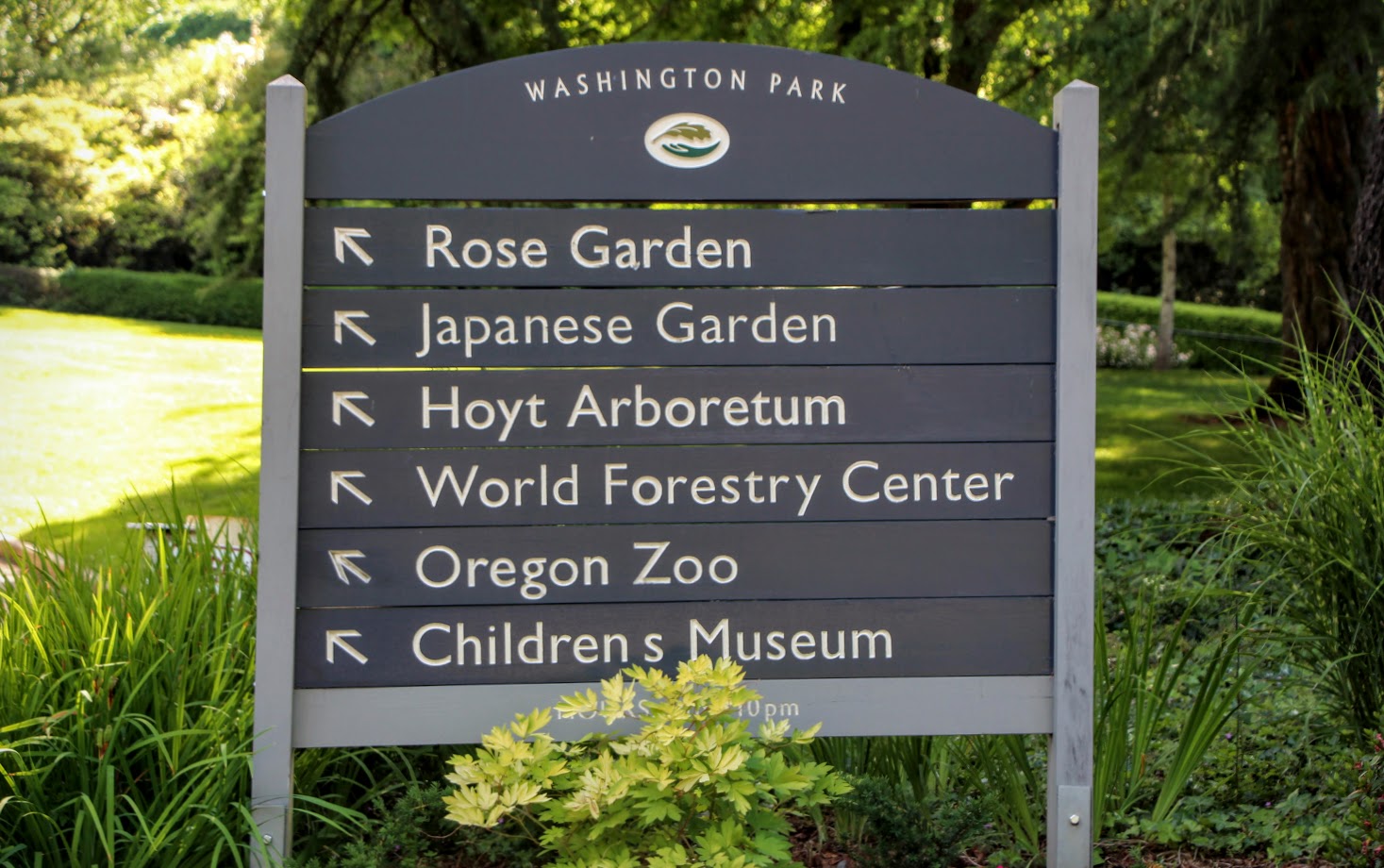 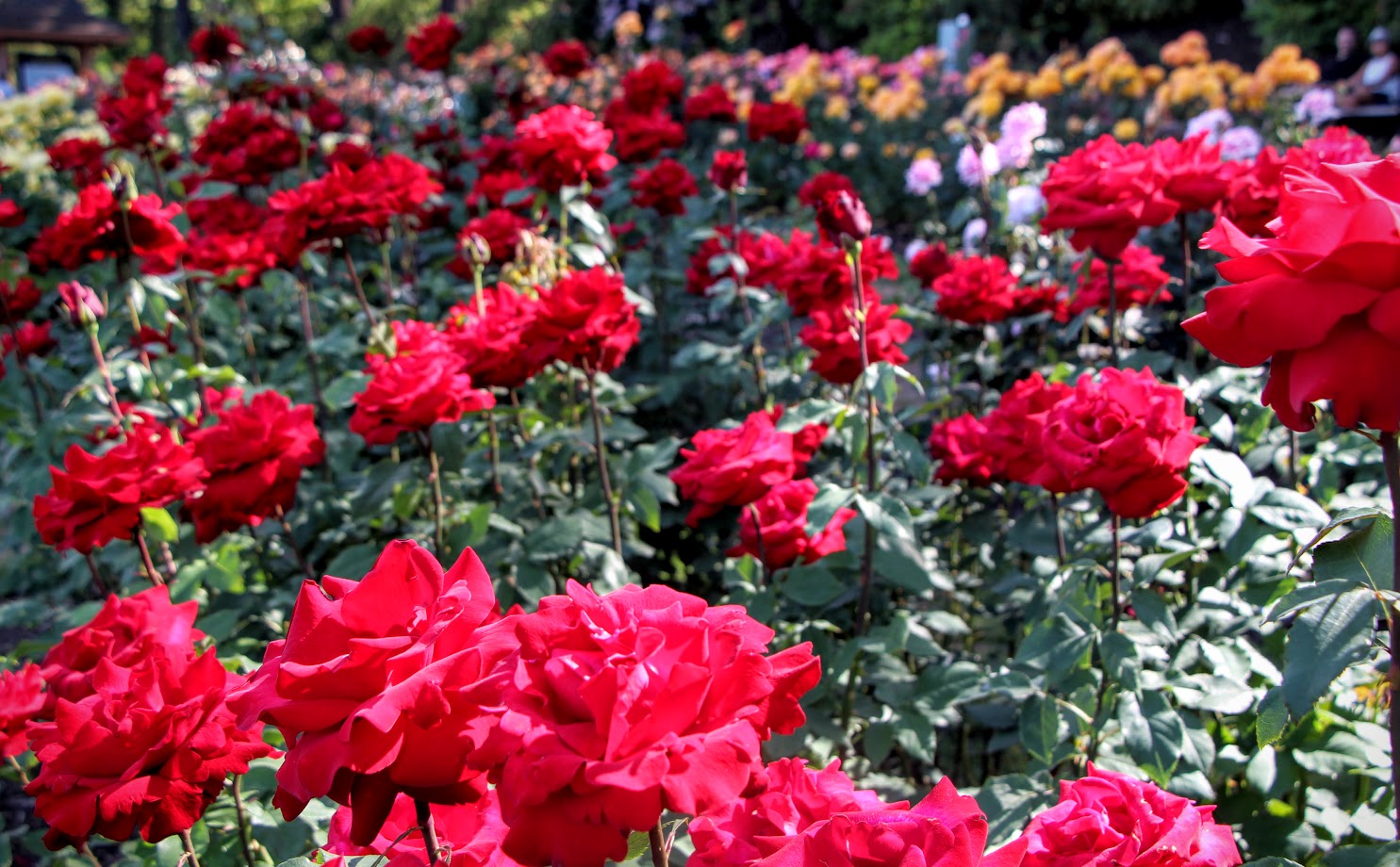 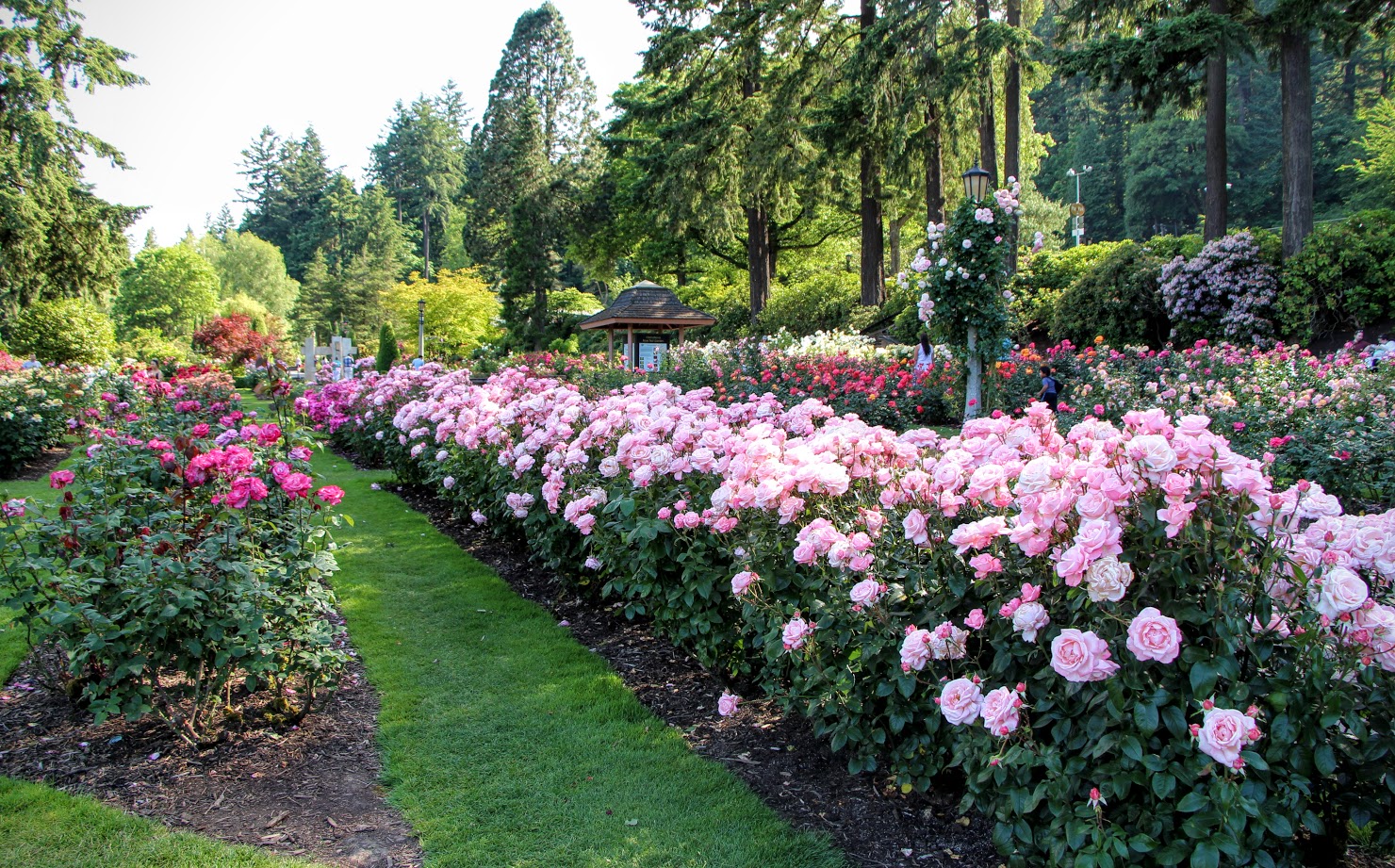