Even in a city as packed with things to see and do as Paris, it’s good to kick back and take a break from it all every once in awhile. This is, of course, common sense to city residents here, but it also applies to the millions of tourists who, tragically, suffer from toxic levels of museum and monument fatigue, or MaMF, each year.

To combat this made-up disease, Spinlister has put together a very real list of our top 8 hidden corners in La Ville Lumière. Think of these as chill places to go when you need to spend a day picnicking, tossing a frisbee, and basking in the Parisian good life away from the hundreds of tour buses driving into the city.

Don’t forget to check out our suggested bike routes along the Right and Left Banks as well. They’ll help guide you to just about all of the places mentioned on this list.

Bridges, waterfalls, caves, and a cliff-top Roman temple perched 50 meters (164 ft) above a lake – need we say more? The massive Parc des Buttes-Chaumont, situated in Paris’ northeastern 19th arrondissement, is a local favorite for all of the reasons mentioned above and then some. Endure the trek uphill by bike and you’ll be rewarded with one of the best views of the city, as well as plenty of green grass and sloped terrain to either explore or simply use as the backdrop to your sun-drenched afternoon siesta. 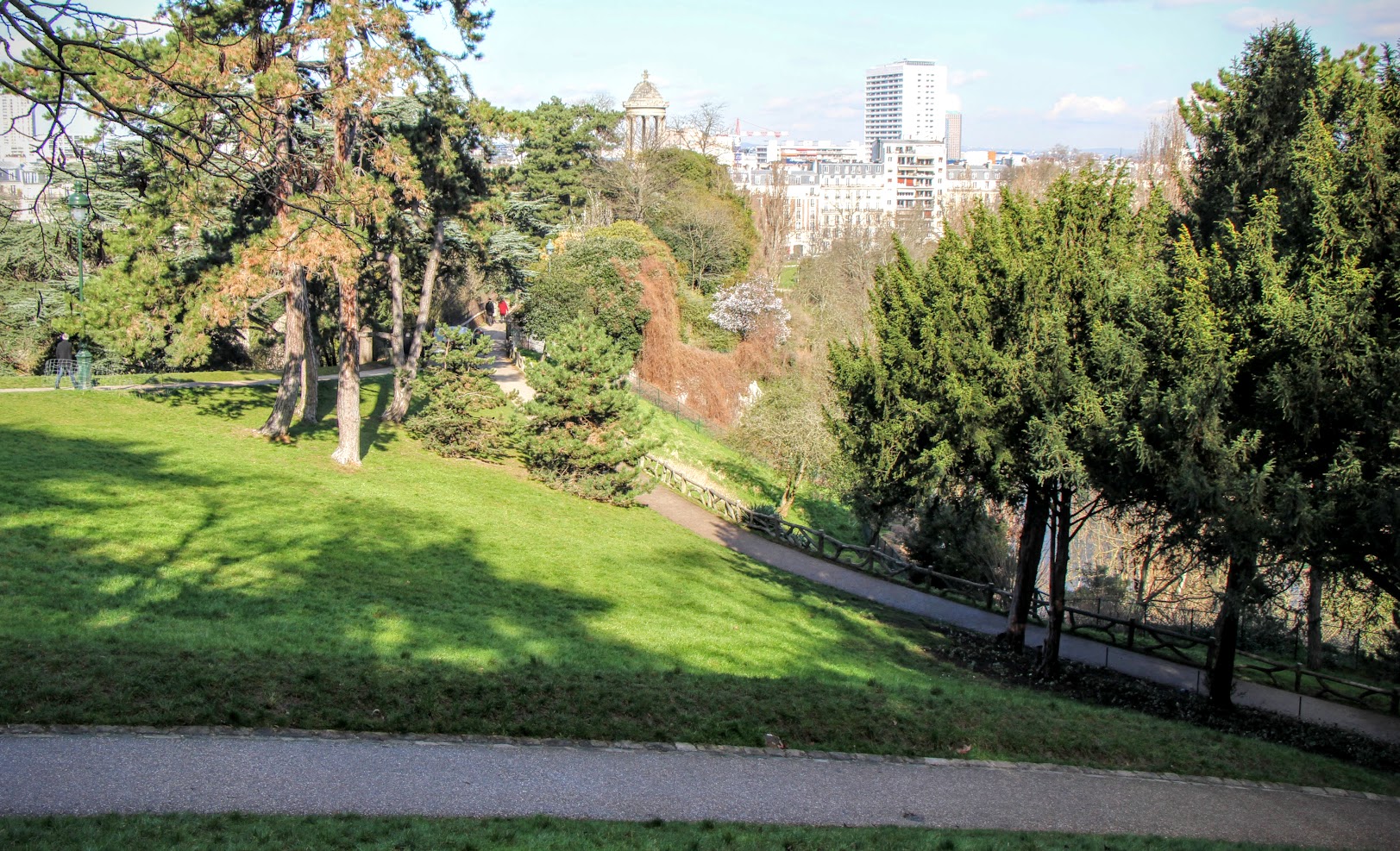 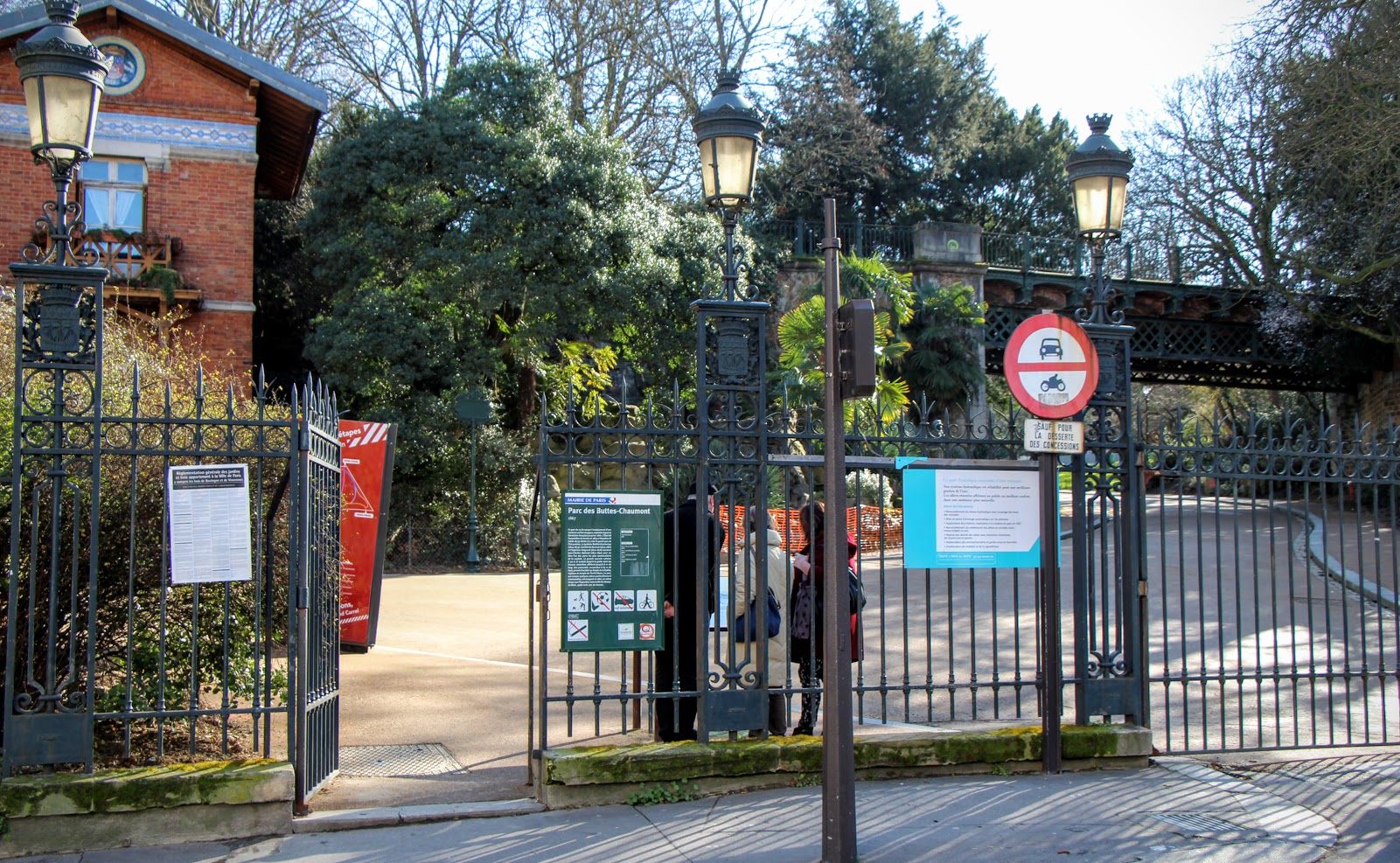 Paris might not strike you as a city of quaint country homes with ivy covered fences and bright floral gardens, but that’s exactly what you’ll encounter in this diminutive, other-worldly nook of the 13th arrondissement. Triangularly enclosed by rues Boussingault, Auguste-Lançon and Brillat-Savarin, you’d probably never find the 5 winding alleys that make up La Cité Florale by chance. Once you do, however, you’ll be racking your brain trying to understand how this is nest of rural tranquility could possibly exist in the same city as Pigalle. 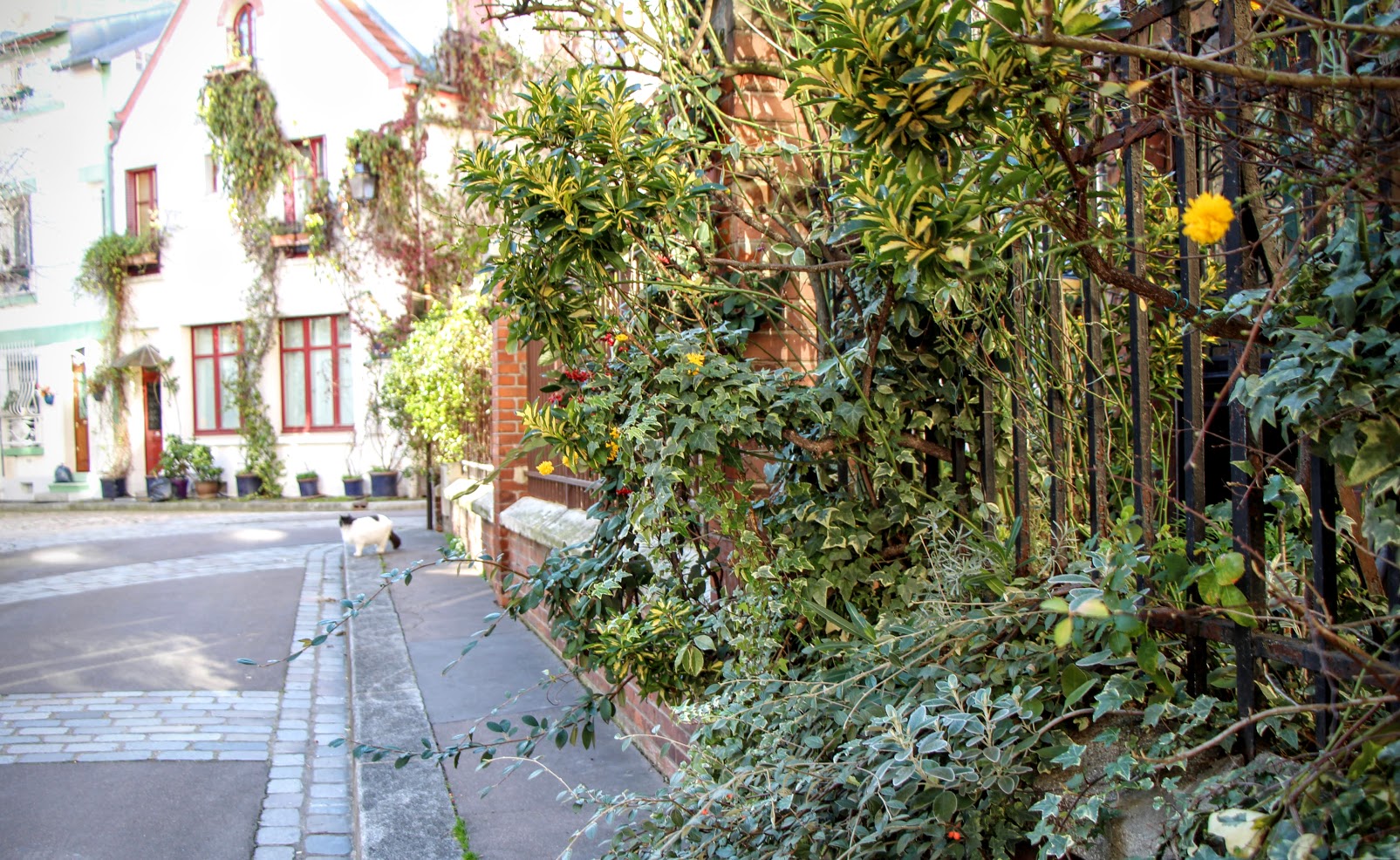 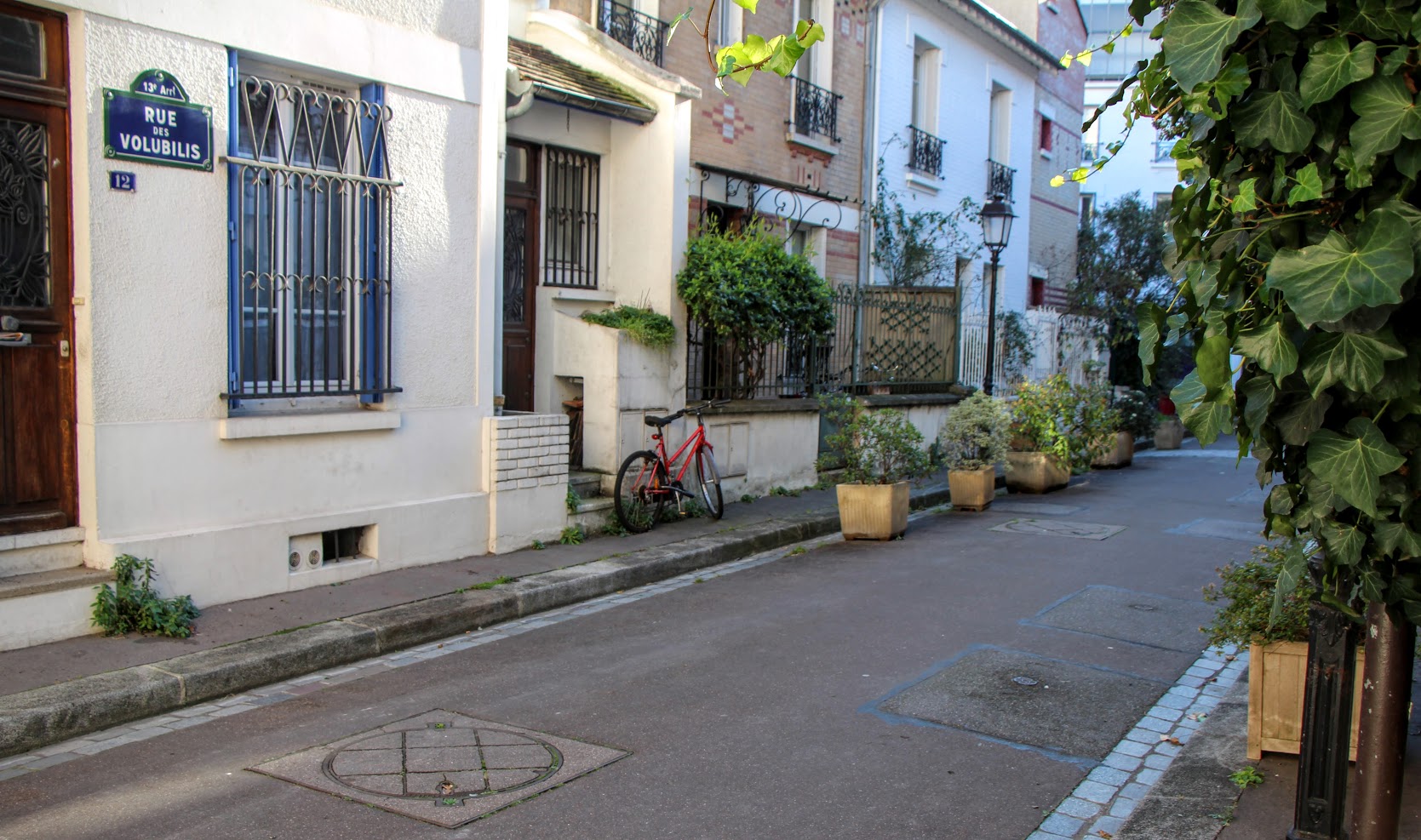 Monceau may very well be the crown jewel of Paris’ urban parks. Refashioned by the famed Baron Haussmann himself in 1861, it’s bordered by some of the 8th arrondissements most luxurious mansions as well as the park’s trademark black and gold wrought iron fence. There’s plenty to catch your attention on the inside, like a small pond surrounded by tastefully replicated Roman ruins and the telltale rotunda that marks the front entrance. Just far enough on the Parisian periphery to avoid overcrowding, it’s a beautiful place to kick back with the locals and relax. 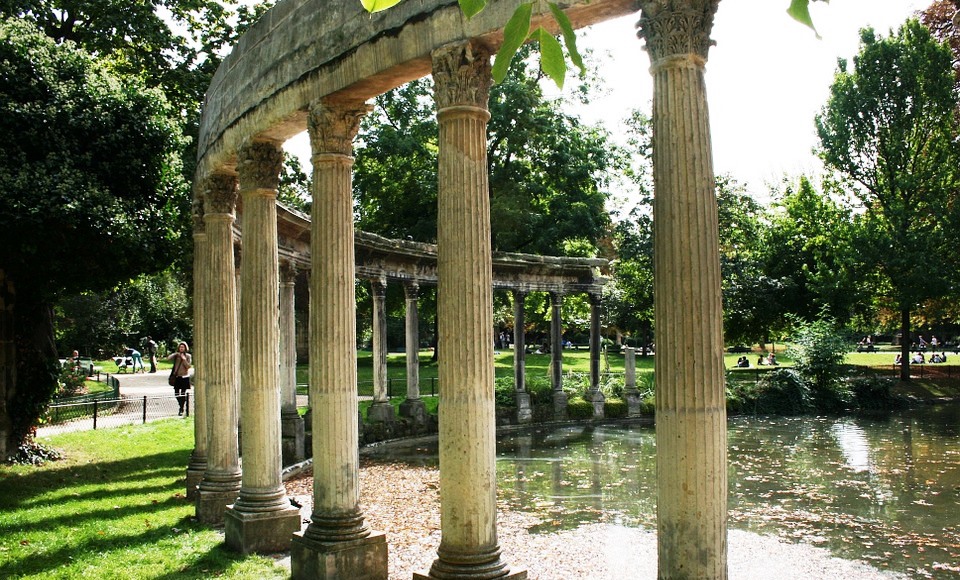 As historic, beautiful, and centrally located as the Place des Vosges is, it’s a wonder more people haven’t heard of it. The square itself dates back to the first decade of the 17th century, and over the years renowned French figures like Cardinal Richelieu and Victor Hugo have called the buildings that surround it home. Adorned with a picturesque central fountain, pristinely manicured trees, an equestrian statue of Louis XIII and a surrounding accompaniment of stunning Parisian architecture, this is an easy place to lose yourself for an afternoon. 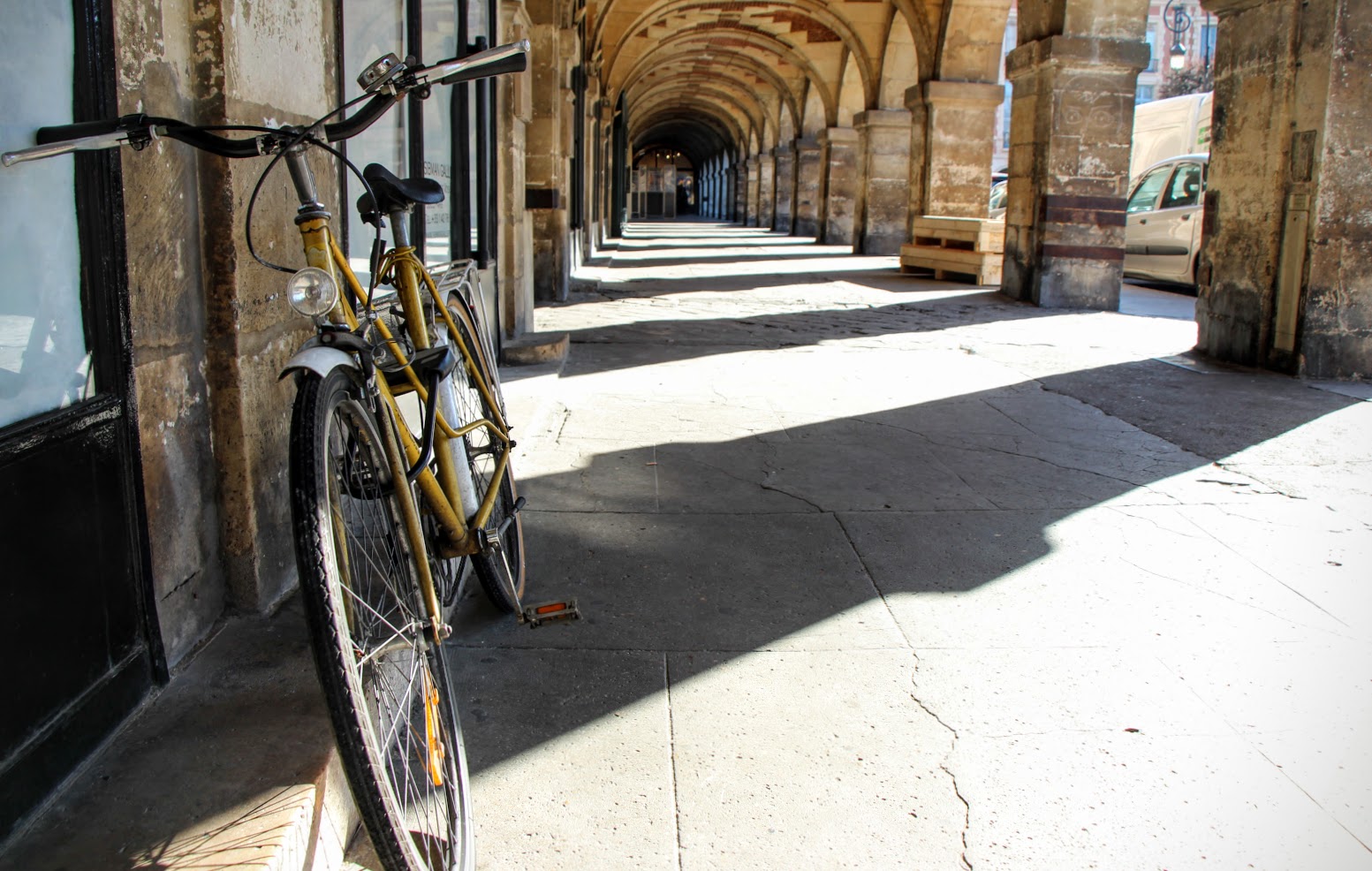 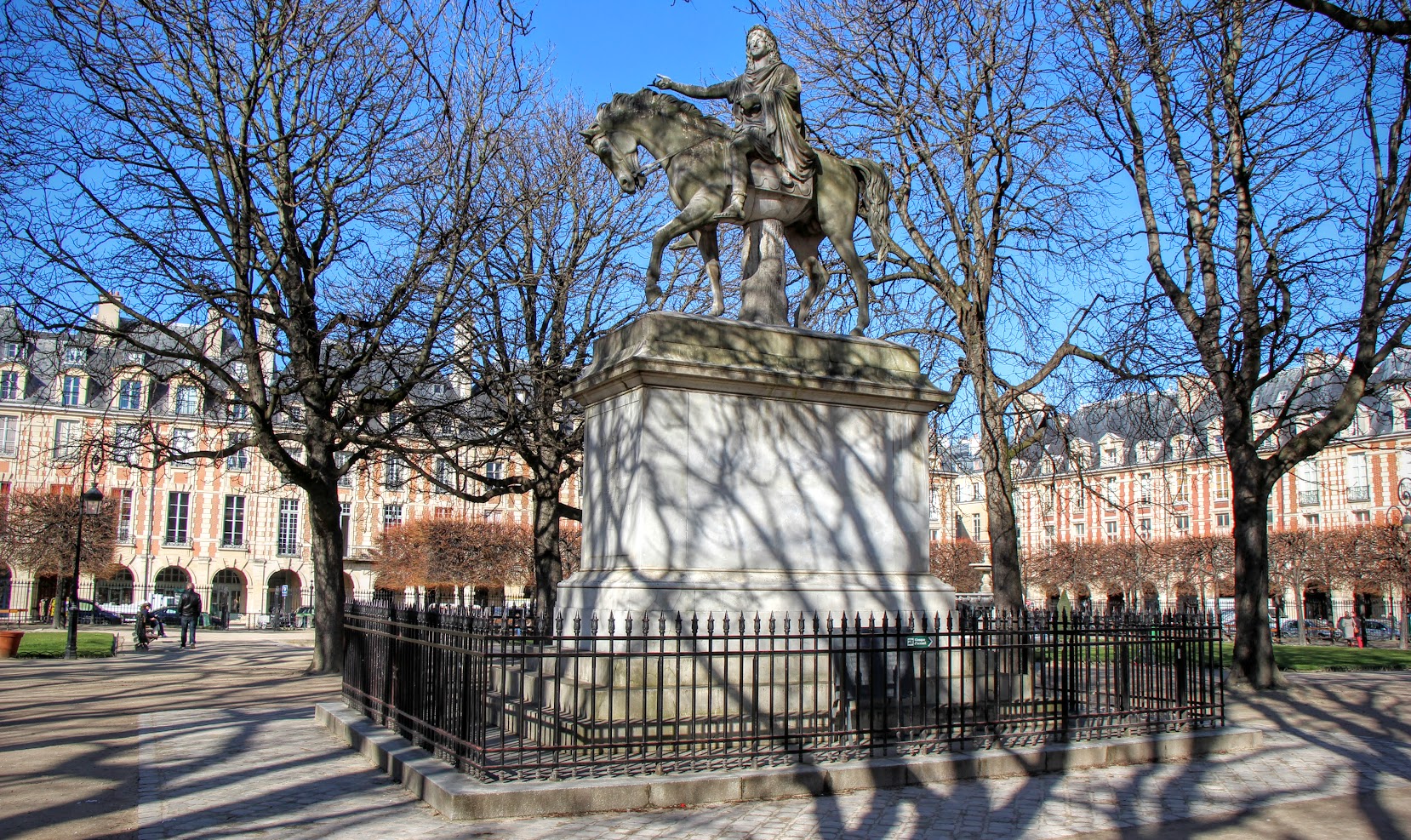 Paris’ Great Mosque is tucked away in a quiet southern section of the 5th arrondissement’s Latin Quarter, far removed from the crowds and congestion of Boulevard Saint-Michel. Within its walls you’ll find a calm and contemplative atmosphere, beautiful architecture, and a lush, shaded courtyard serving arguably the best Moroccan mint tea in the city. Non-muslims are asked to refrain from entering the main worship area, however all are welcome to come and enjoy this truly serene, multicultural setting. 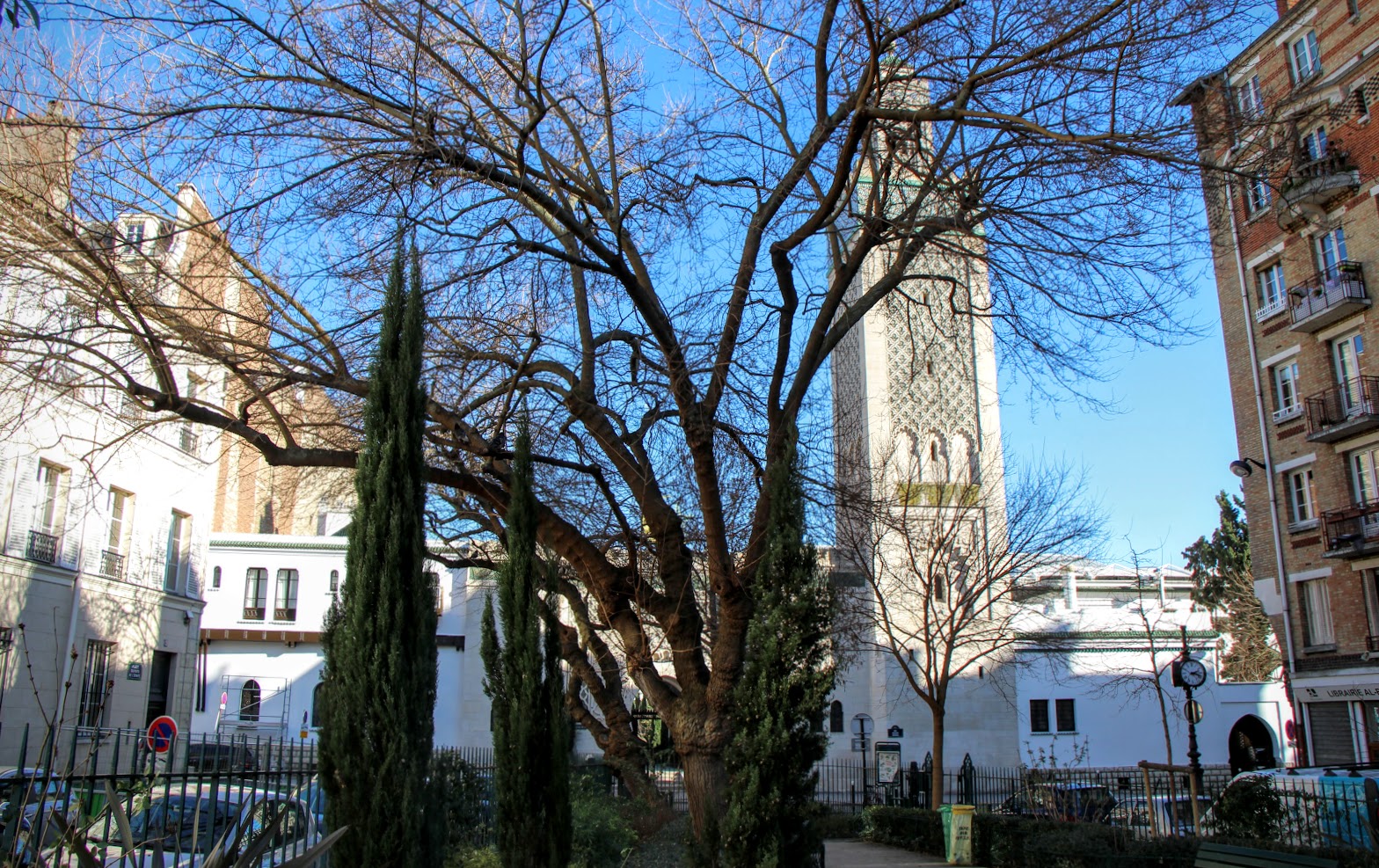 The view from the Parc de Belleville is easily one of the finest in the city – a fact that becomes all the more remarkable when you realize that you’re sharing it with next to no one. Stuck between Parc des Buttes-Chaumont to the north and the Père Lachaise Cemetery to the south, this comparatively small green space is made up of a series of winding paths bordered by tightly packed bamboo chutes, well maintained bushes and enough grassy knolls to keep picnickers happy. Work your way up the hill to the colorful Belvédère de Belleville and admire the vast Parisian landscape blissful solitude. 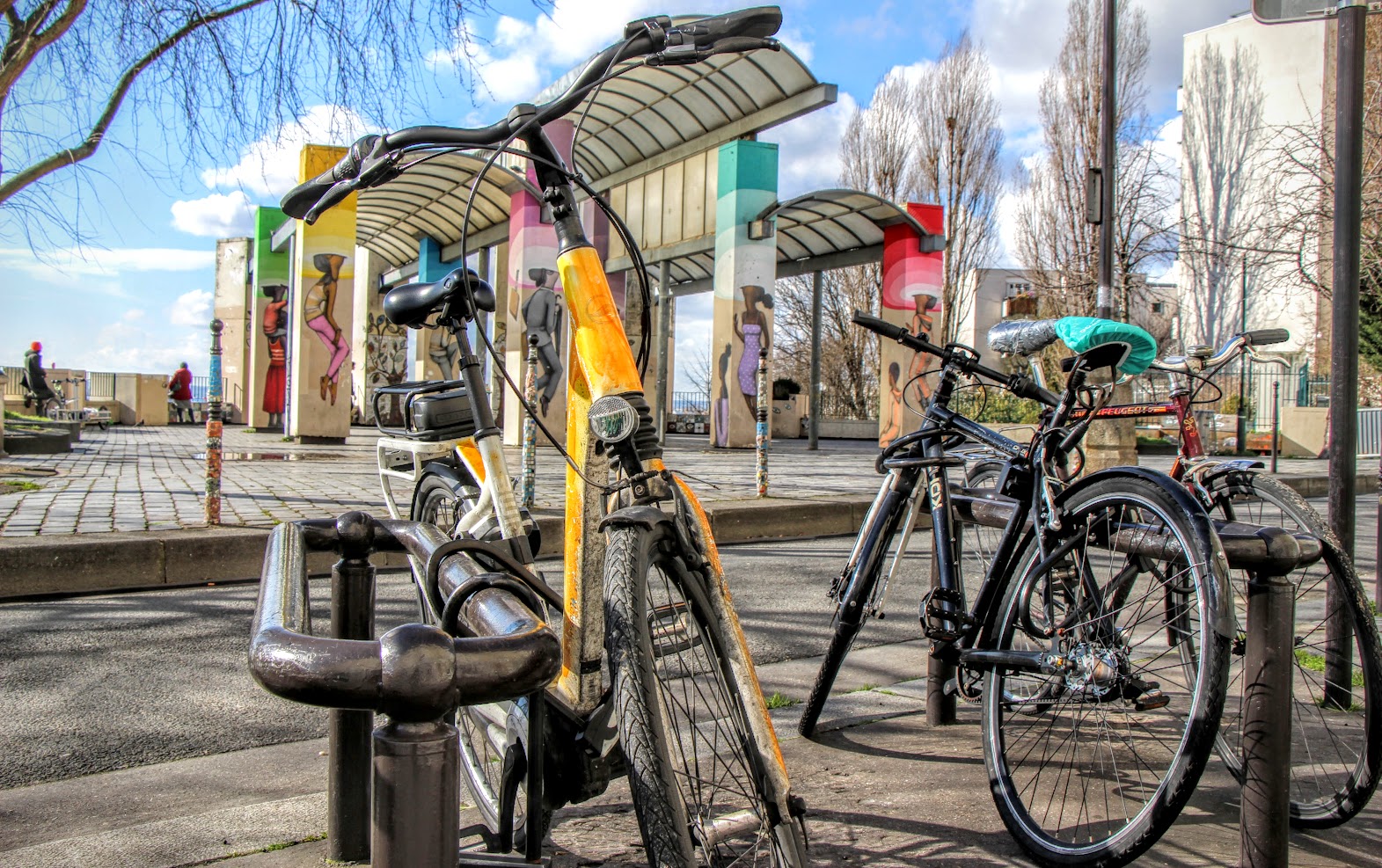 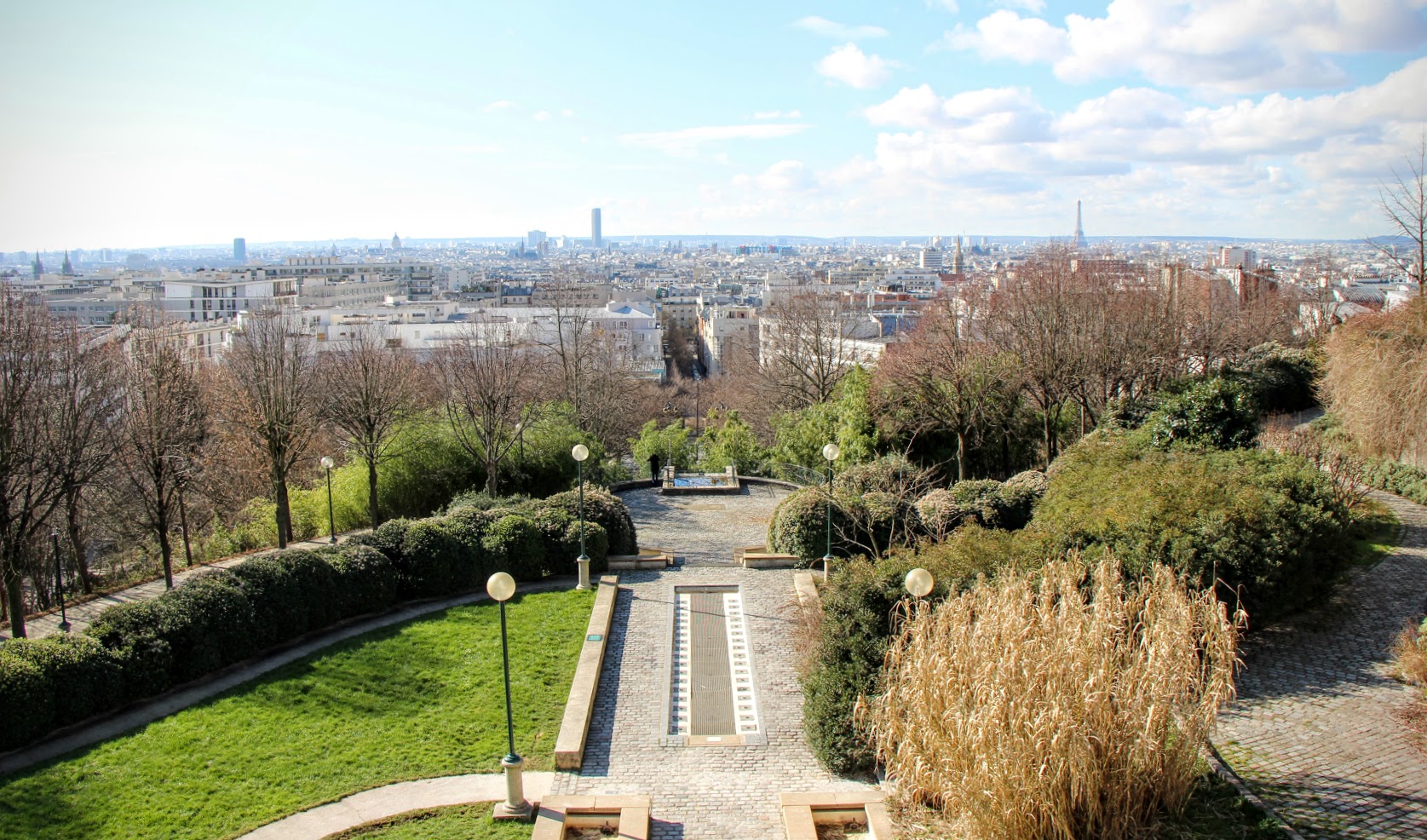 The secret has long been out about Amélie Poulain’s favorite place to skip rocks in Paris. Nevertheless, the Canal Saint Martin remains an idyllic summertime respite in the 10th arrondissement, lined with leafy trees, colorful shops, all the trendy cafe/bars a bohemian bourgeois could ask for. Cross over one of its charming arched bridges to soak in the scene from a slightly elevated vantage point, then plop yourself down on either bank for a either a pre-made or an à emporter picnic lunch. 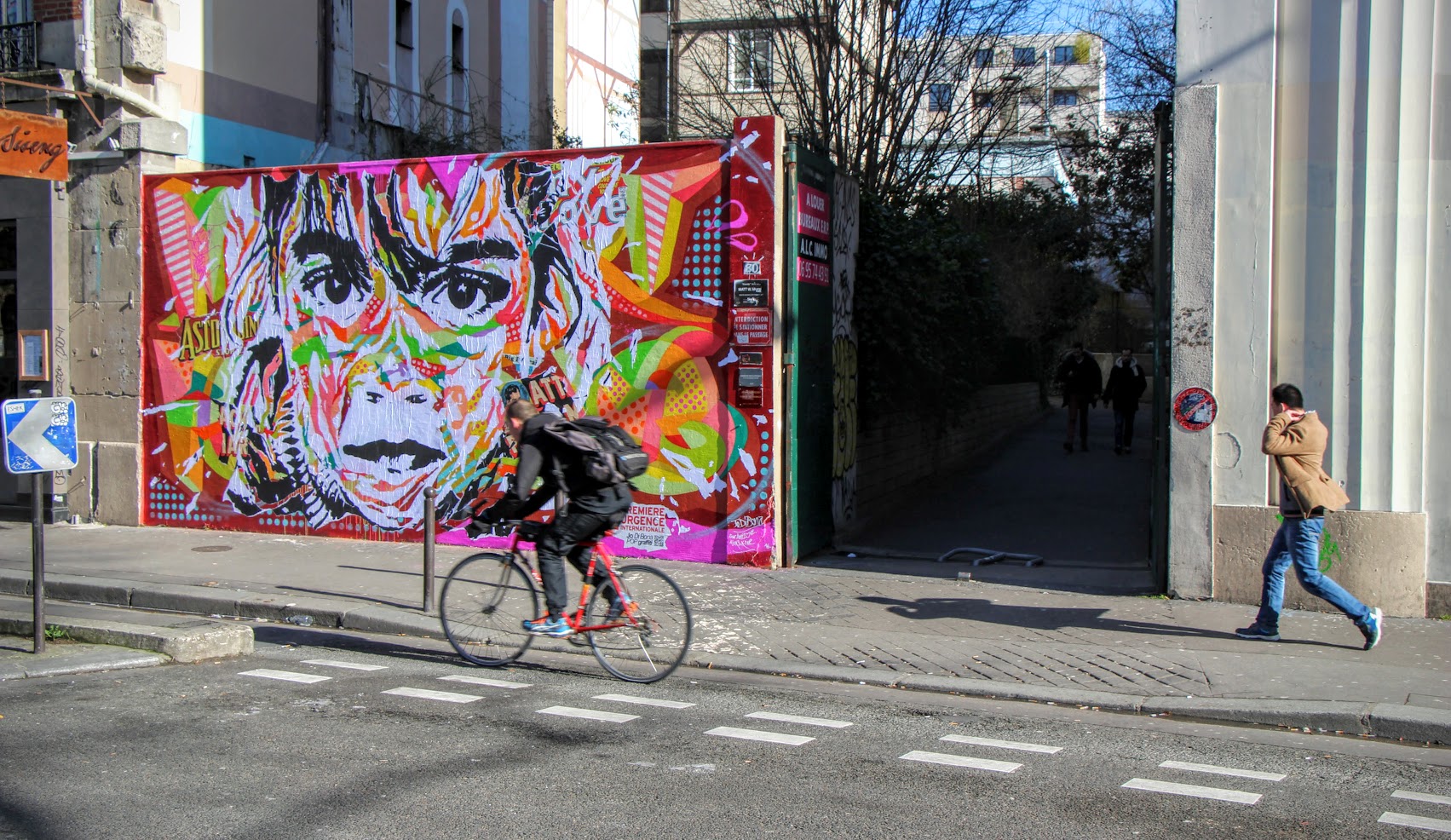 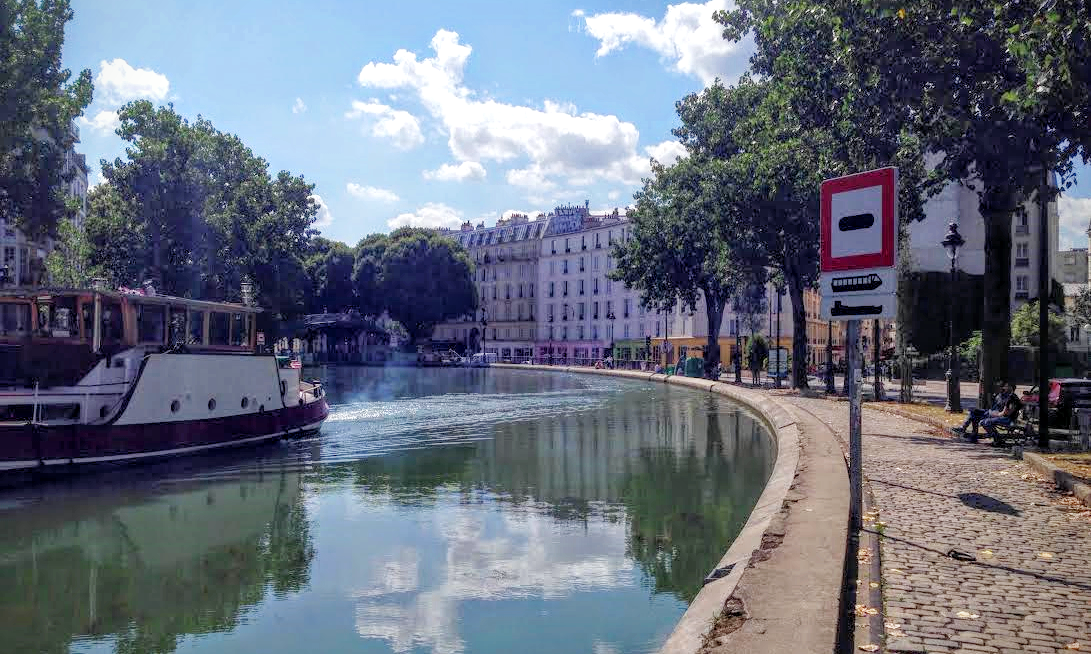 Parc Montsouris may be the most overlooked of Paris’ classic city parks, tucked away near the Boulevards des Maréchaux on the far southern borders of the city. At just over 38 acres, there’s plenty of room to stretch your legs, whether you’re taking a jog around the lake or lounging on a blanket somewhere in the sizeable grassy field beneath Jules-Felix Coutan’s Column of Armed Peace. Trees and vegetable gardens abound, and there’s even free public wifi available in designated areas to help keep you connected while you unwind. 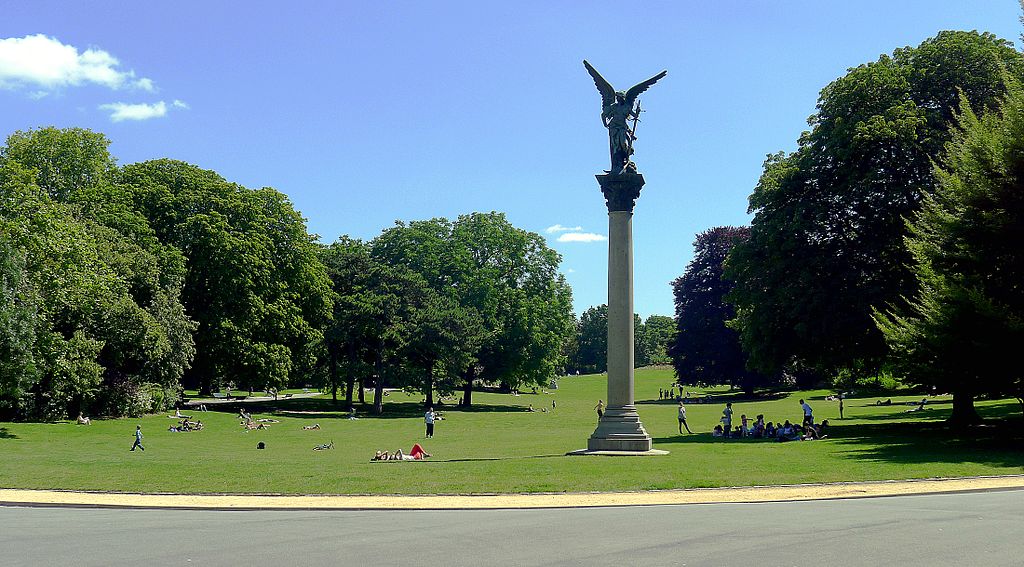 John Wachunas
John Wachunas directs content development and social media marketing at Spinlister. He is an avid traveler and published travel writer, as well as a co-founder and former content director at Embark.org.
Previous Post The Paris Cafe Culture Reimagined Next Post Rest In Paris: Exploring the Fascinating World of Paris Cemeteries