Adios, Pronto: What Seattle Tells Us About The Future Of Bike Sharing

March 2017: a month that will live in infamy. For cyclists, anyway.

The next 31 days will usher in the demise of Seattle’s Pronto! bike-share service – arguably one of the most surprising (and significant) belly-ups in the industry. What began in 2014 as a fleet of 500 sea-green bicycles and a $2.5 million investment from Alaska Airlines has, in 2 ½ years’ time, deteriorated into a public fiasco of finger pointing, ethics violations, and disappointment. 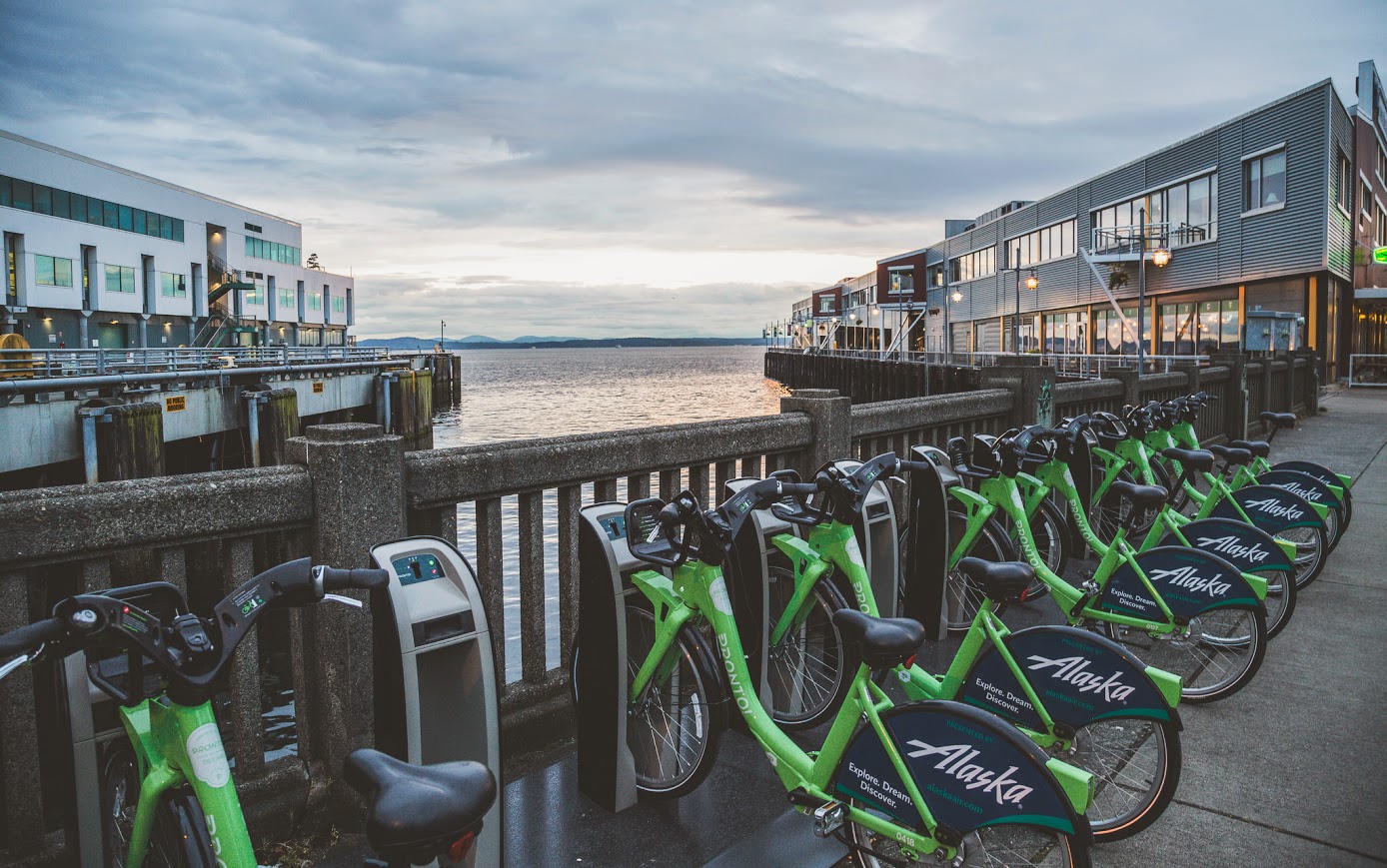 And while there has been plenty of surmising as to why the system failed to find solvency in one of the country’s most bike-friendly cities (political bickering, expansion delays, poor climate, Seattle’s mandatory helmet law, etc.), a more important question might be: what does it portend for the future of bike sharing around the country?

For the immediate future, the answer is probably “very little.” In 2016, New York’s Citi Bike broke its ridership record for the third consecutive year with nearly 14 million trips – a testament to the system’s ongoing expansion and the creation of over 400 miles of urban cycling routes. Even in rain-soaked Portland the bike share picture is looking pretty bright; their newly released Biketown program has recorded over 160,000 journeys in its first 6 months of operation. Compare that to Pronto!’s 142,846 rides taken over the course of its entire 2014-15 inaugural year.

If you cast your gaze a little further down the road, however, Seattle can be seen as a particularly visible indicator of the challenges mounting against privately-subsidized, publicly-operated bike share models. Between the cycling boom underway in China, the ongoing expansion of the global e-bike market, and a handful of tech firms vying for industry disruptor dominance, Pronto!’s passing would seem to be an appropriate time to take stock of the emerging trends in the world of bike sharing.

After all, if the pattern holds, you’re likely to see a lot more of them in the coming years.

Touted as the Uber of bikes, Beijing entrepreneur Dai Wei and his yellow Ofo bikes are putting on a two-wheeled tour de force that stretches well beyond the Chinese cycling market. Having recently been valued at over $1 billion, the company is moving forward with western expansion into bike-friendly Cambridge and (purportedly) even Stanford University in California. Their impressively affordable bikes can be unlocked remotely and don’t require a docking station, allowing Ofo to appeal to both riders and cities that are strapped for cash. 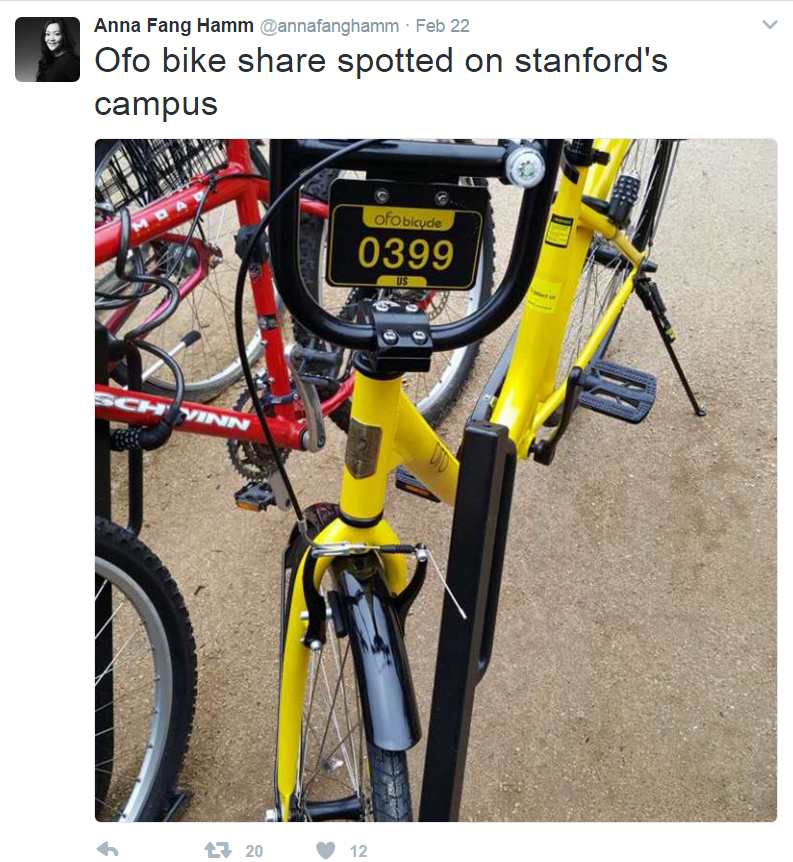 Another Chinese startup operating under the same premise, Bluegogo is attempting to bring a fleet of their trademark azure bicycles to the streets of San Francisco – in direct competition with the city’s Ford GoBike system. Their infiltration has been met with staunch resistance from local officials, citing a provision that prevents companies like Bluegogo from parking their bikes at city racks. While a resolution is still possible, this early conflict highlights the inevitable tensions ahead for large American city bike shares besieged by smaller, more agile private startups.

Aside from regulatory hurdles, the Ofo-approach to bike sharing has its fair share of operational pitfalls as well, including rampant theft and areas of low foot traffic littered with unridden bicycles. And with prices as low as $0.50 per ride, it remains to be seen whether the model can remain sustainable for long.

On the other side of the spectrum, bike sharing leader Spinlister recently announced the release of an ambitious Spinlister Pro platform, essentially supplementing their global community of peer-to-peer cyclists with an increasingly robust network of neighborhood bike shops. The move positions Spinlister at the forefront of an industry that hopes to capitalize on a wide swath of recreational cyclists left behind by traditional bike sharing schemes.

“City bike shares are great for getting you from Point A to Point B, but they miss out on an essential part of the cycling experience: the joy. Our goal has always been to get more riders out cycling in a way that lets them best pursue their passions. By partnering with local bike shops as well as individual cyclists, we’re able to offer a more diverse selection of bikes to our global community, powered by the kind of technology that’s become essential to their day-to-day lives.”

It’s the technology that will likely be the deciding factor in this contemporary approach to classic bike rentals; and not just in the ways you might expect. Shops like Local Hub in Dallas are already thinking creatively with the platform, organizing the first grassroots public bike share in the US to help replace the city’s failing B-cycle system. In Tokyo, meanwhile, master wheelbuilder Tim Smith is using it to tap into Japan’s burgeoning bike tour market, offering high-end rentals that simply don’t exist elsewhere in the country.

Due to the sheer amount of variables involved (infrastructure, climate, topography, legal restrictions, cycling culture, etc.), urban bike sharing isn’t likely to arrive at a dominant, Airbnb-esque solution any time in the near future. What the failure of Pronto! and the successes of companies like Ofo and Spinlister show us, however, is that before the dust finally settles, the conventional model that started in France a decade ago will likely be in for some fierce, innovative competition. 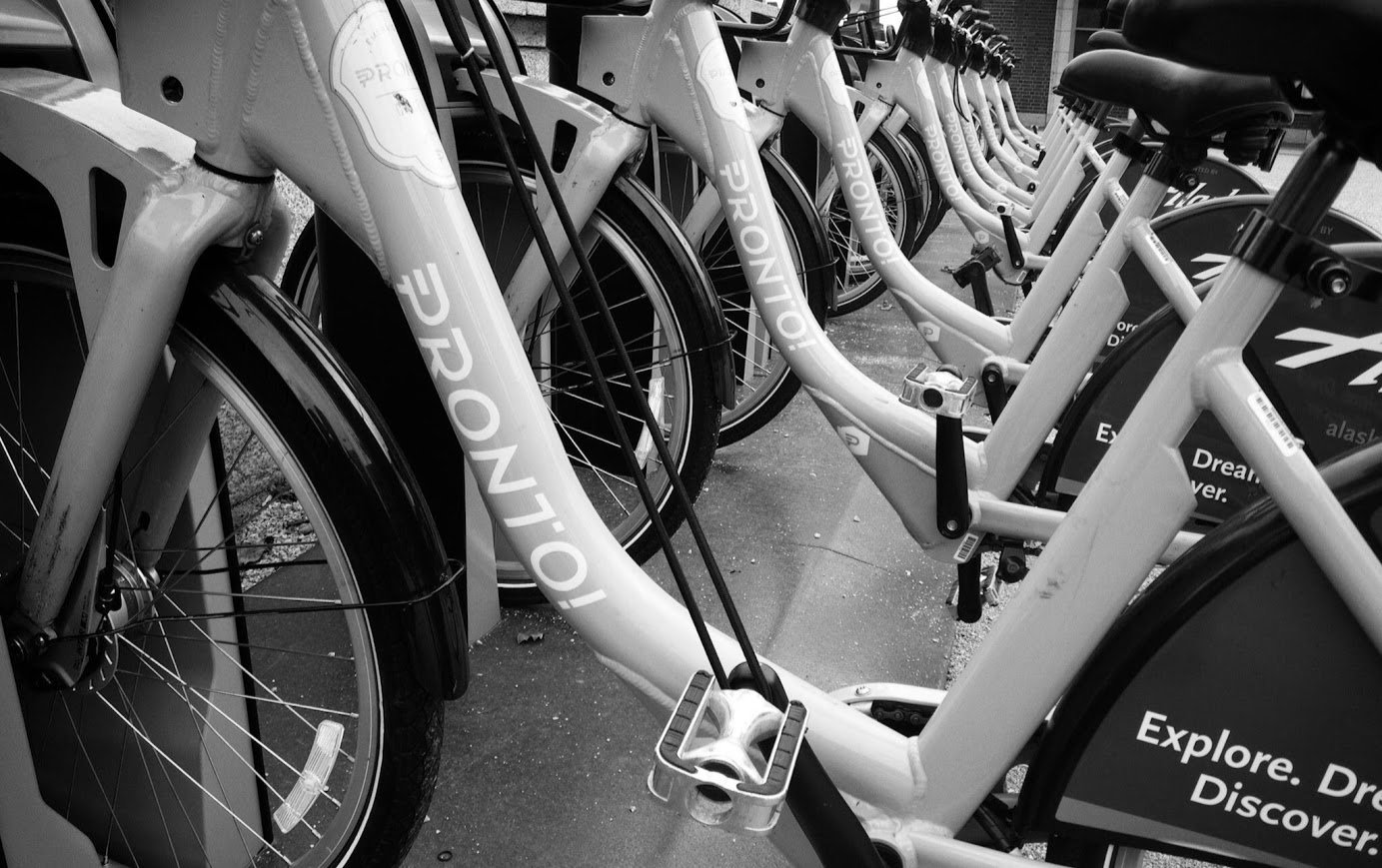 John Wachunas
John Wachunas directs content development and social media marketing at Spinlister. He is an avid traveler and published travel writer, as well as a co-founder and former content director at Embark.org.
Previous Post 4 Easy Ways To Promote Your Bike Shop Early This Cycling Season Next Post 4 Things Every Bike Rental Customer Is Looking For (And How To Deliver)

What The Best Bike Shops All Have In Common: The Gears Of Success