Amsterdam In One Day: A Must See Bike Tour Of The Dutch Capital

Whether it’s the rich history, the picture-perfect canals, the unmistakable Baroque/Dutch Renaissance architecture or something a little more “taboo,” Amsterdam’s appeal has been nothing short of universal since the golden age of the 17th century.

And what’s not to love? The capital has all the warmth and trappings of a quaint Northern European village with all the vibrant energy of a Berlin or an Ibiza. Throw in a cycling culture that’s consistently rated among the best in the world and you may find yourself never wanting to leave.

…and by “never” we mean “seriously, we’ve already signed a lease.”

Anyway, if you’re in the market for a cycling route that will guide you along a tour of the city’s most beloved attractions, you’re in luck; thanks to its relatively small size, it’s easy to bike your way to just about all the must-see sights in Amsterdam in one day.

To get you off on the right pedal, Spinlister has put together detailed bike map below. Take a minute or two to check it out, then go treat yourself to an easy tour of a city equally easy to love.

The gateway to the Dutch capital, Amsterdam Centraal is much more than your neighborhood train station. Its towering Gothic/Renaissance architecture makes it a favorite stop for visitors, and its location at the north end of the city’s main Nieuwezijds Voorburgwal thoroughfare means it’s never far from the action. Hint: the free ferry to Buiksloterweg, Het Twiske, and other points north leaves from just behind the station. 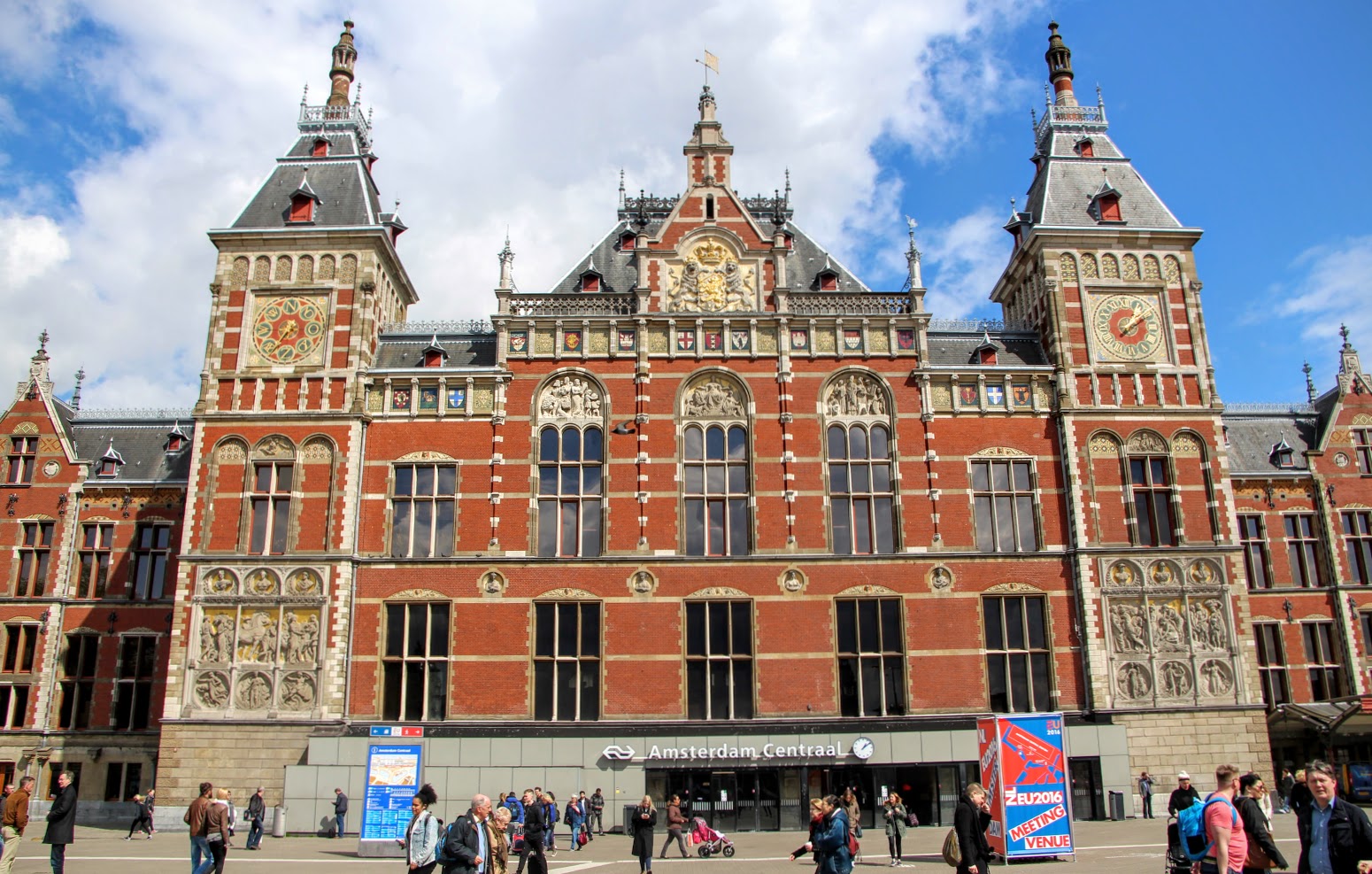 Leave it to the Dutch to creatively name their capital’s oldest building Oude Kerk, or “Old Church.” Consecrated just after the turn of the 14th century, this grand religious monument covers an area of about 3,300 sq. meters and sits squarely on top of an ancient graveyard in the heart of, oddly enough, the red light district. There are still some notable nationals buried beneath its floor, including poet Laurens Bake and renowned naval admiral Jacob van Heemskerk. 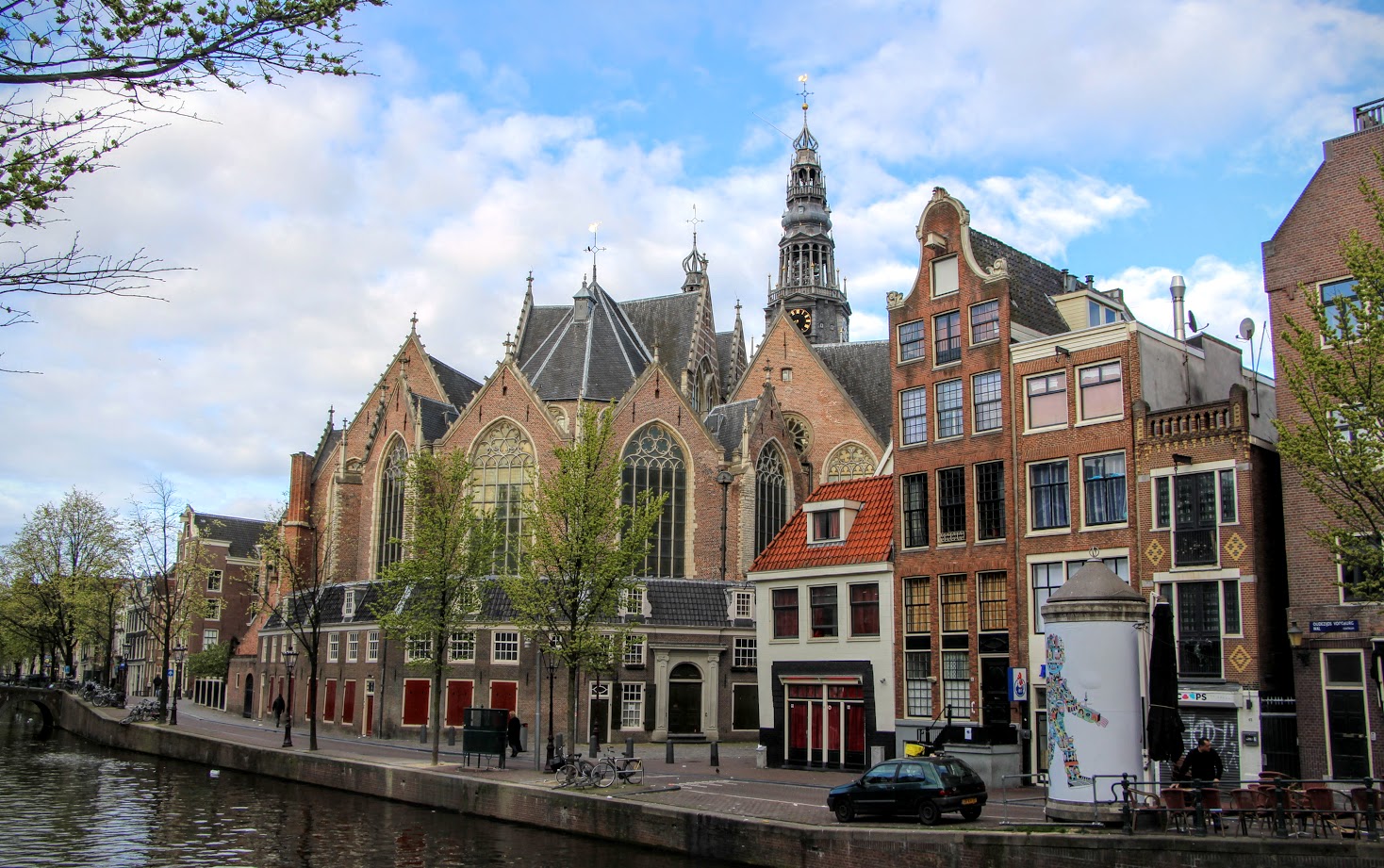 Though Amsterdam has several “red light districts,” the 1.6 acre De Wallen is by far the most central and well known of the bunch. By day, the streets are abuzz with tourist activity thanks to its plentiful shops, restaurants, bars and cafes. By dusk, however, the curtains are drawn back and the city’s famous prostitution cabins are set aglow in their telltale crimson luster. Even for the less liberal among you, a stroll through the neighborhood is an experience you shouldn’t miss. 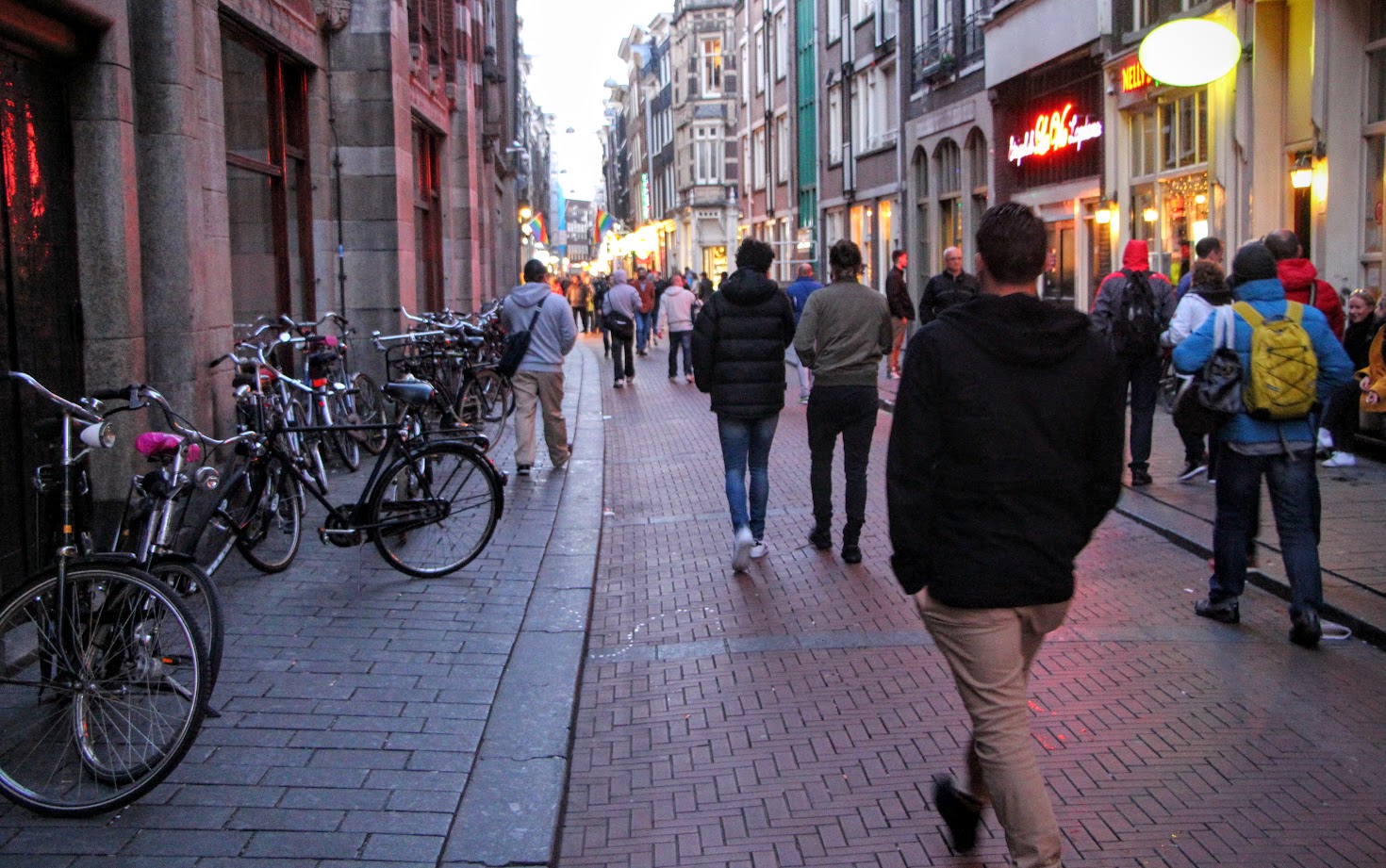 Situated atop the site of a former embankment along the Amstel River, the aptly named Dam Square is a focal point of life and activity in Amsterdam. This undoubtedly has to do with its centralized location, as the plaza pretty much constitutes the heart of the capital. The surrounding structures, however, including the Royal Palace, the Nieuwe Kerk (New Church) and the National Monument pillar, add an impressive air of architectural profundity to surroundings. 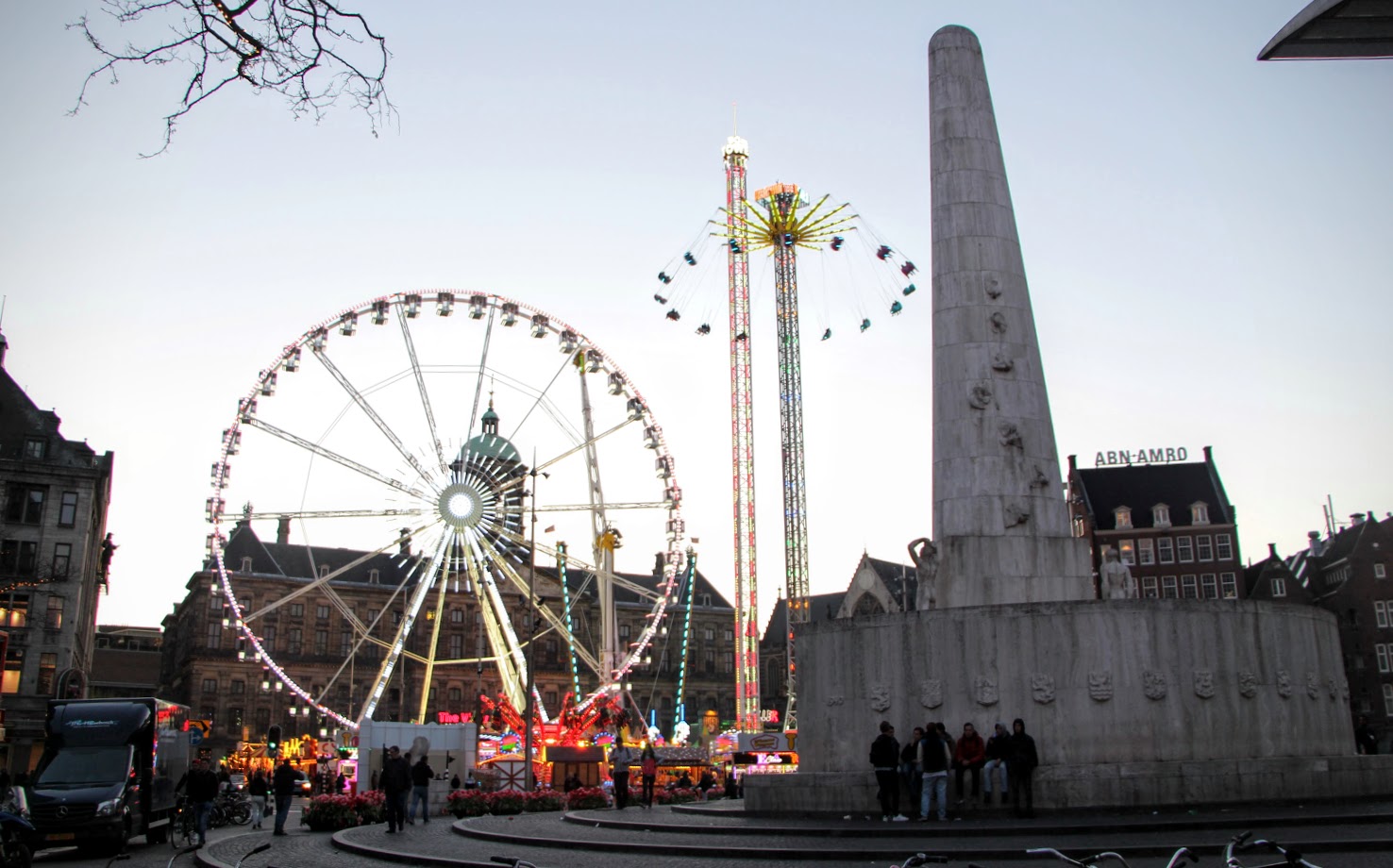 A truly powerful memorial, the Anne Frank House and Museum tells the story of one of the most well known figures in 20th century history. Here in this residential building along the Prinsengracht (Prince’s Canal), Anne Frank and her family hid from Nazi oppression between 1940 and 1943. Though they were ultimately betrayed, discovered, and sent to their deaths, Anne’s writing has gone on to educate and inspire countless millions around the world. 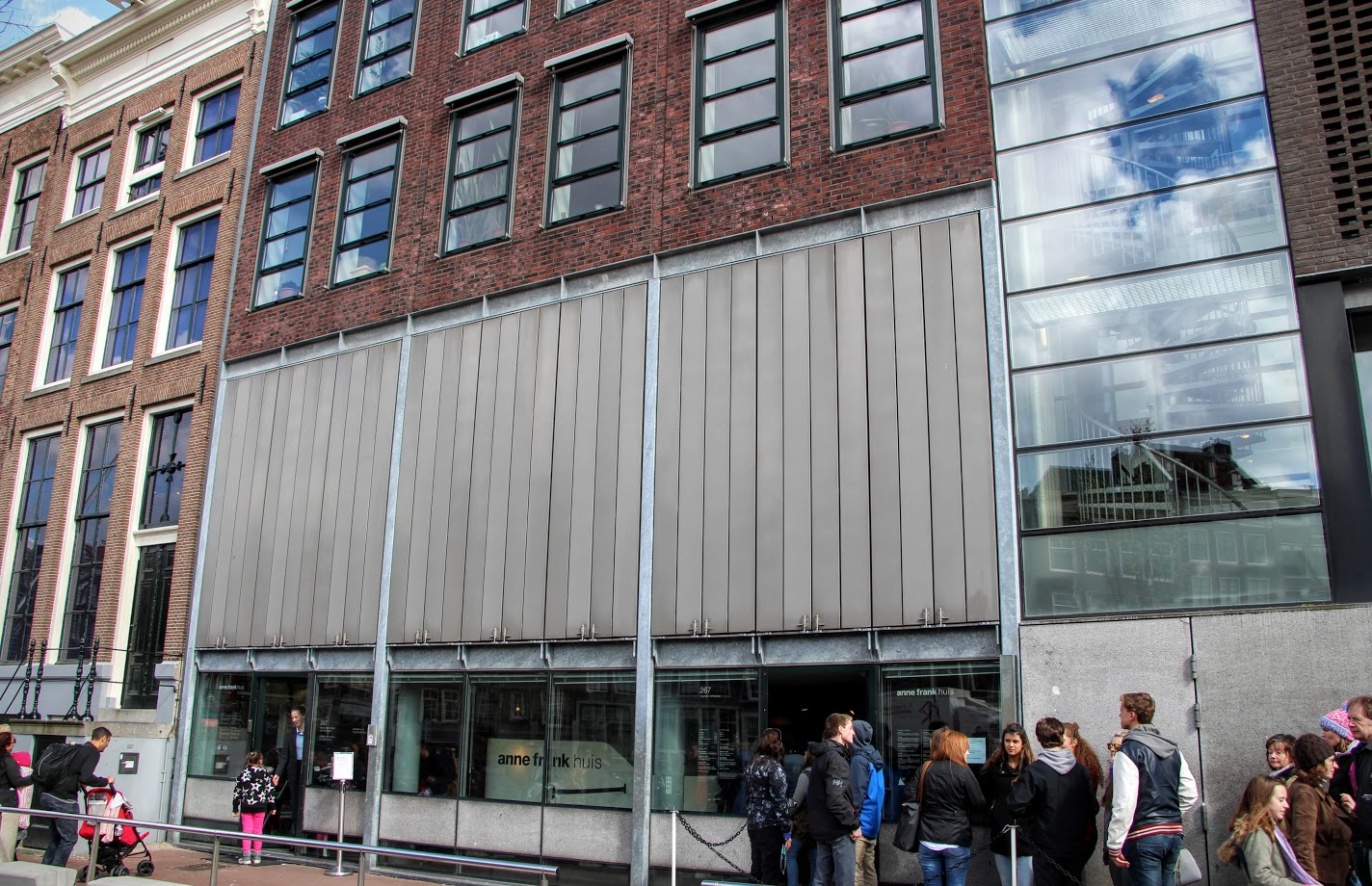 For those with a passion for art, music and design, Amsterdam has taken the liberty of consolidating all of your interests into one easy-to-find location. Welcome to Museumplein, a large public park and gardens surrounded by the city’s most renowned museums and concert halls. Among these you’ll find the Rijksmuseum, the Stedelijk, the Van Gogh Museum and the Concertgebouw. It also conveniently happens to be the location of the IAMSTERDAM sign, so get those cameras ready. 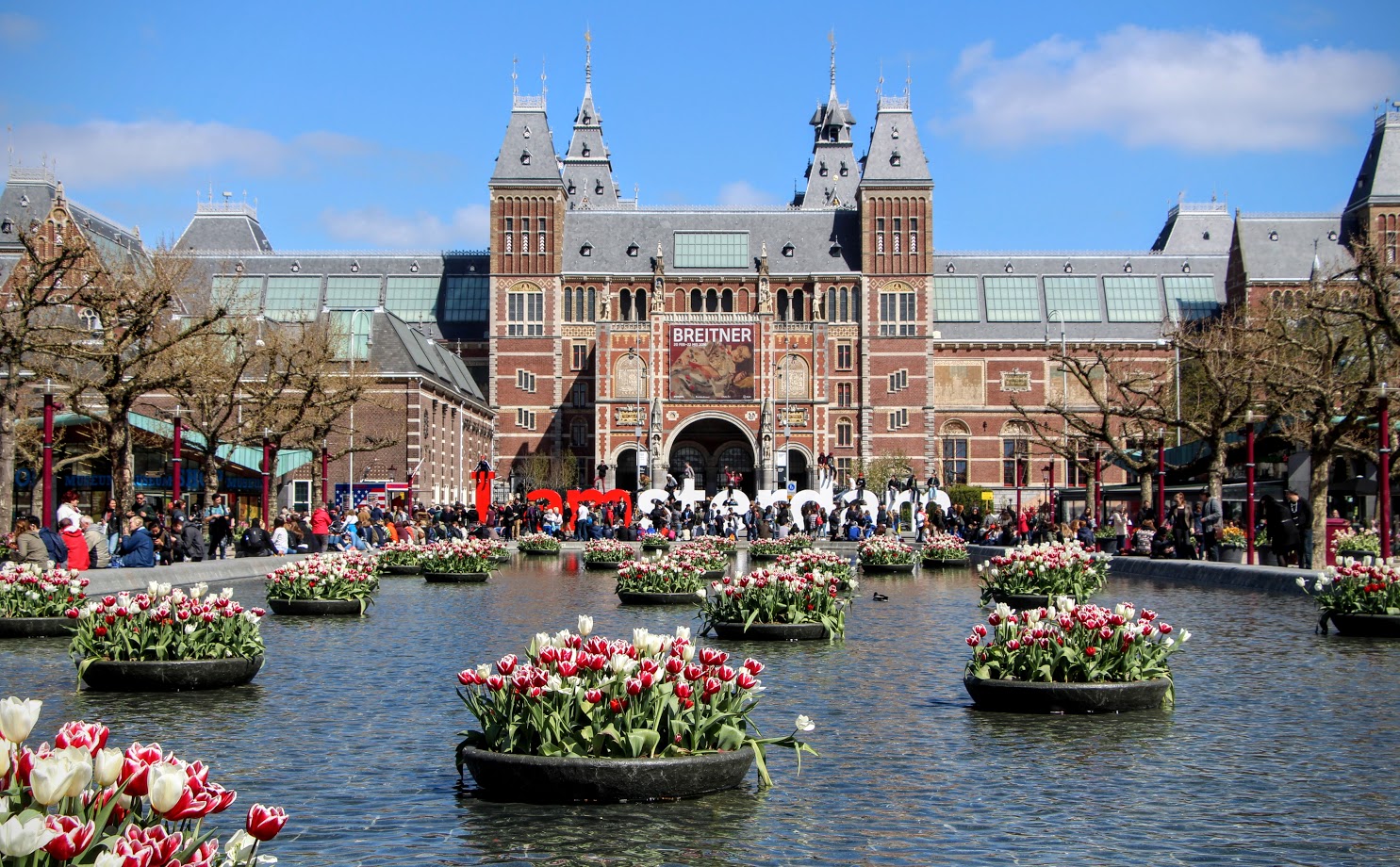