Given its high concentration of spacious urban parks, it’s safe to call West Amsterdam the green lung of the Dutch capital.

Yes of course there’s the famed Vondelpark, with its myriad admirers, tennis clubs and picturesque statue of national poet Joost van den Vondel (you knew that was him, right?). Take a little time to explore further along the city outskirts, however, and you’ll discover a host of other noteworthy names and areas whose beauty you won’t have to share with throngs of fellow cycling tourists. 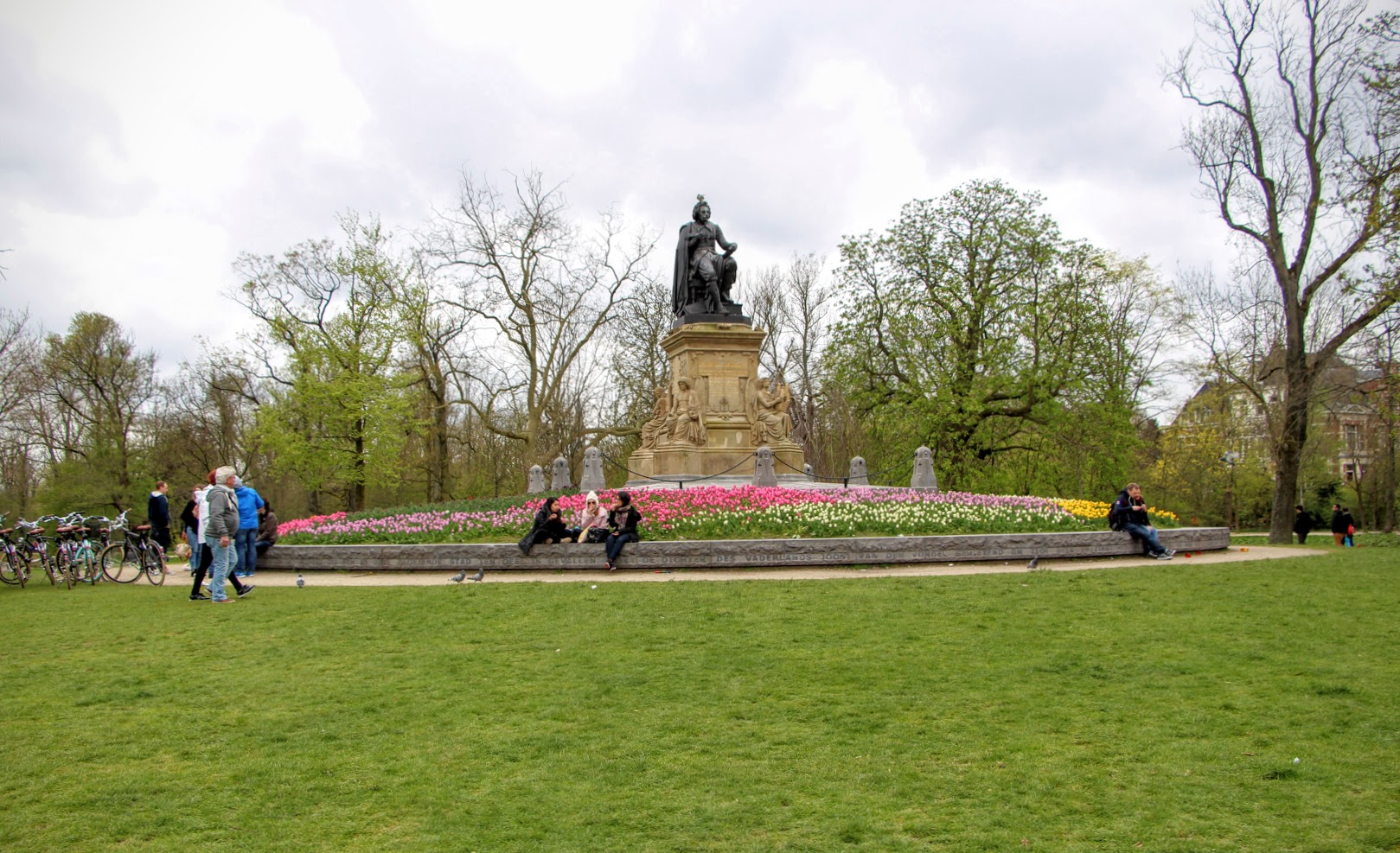 To help you on your way, Spinlister has put together an Amsterdam Park bike tour to some of our all-time favorite open air hangouts around the capital. Take a minute to check them out below, then go grab your bike rental and discover all that green gardeny goodness for yourself.

When Westerpark’s former British Imperial gasworks factory started to become obsolete in the mid 20th century, a chain of events was triggered that would transform this diminutive city park and public works station into a large, multipurpose cultural space. These days, Westerpark covers a narrow but relatively expansive area in West Amsterdam. It’s home all of the traditional Dutch staples you’d expect to find including lakes, dikes, walking/running/cycling paths, etc., as well as a number of unique cultural elements like theaters, markets, shops, cafes and more – all housed in Westergasfabriek’s original (refurbished) industrial architecture. All in all, it’s an undeniably cool place to ride a bike. 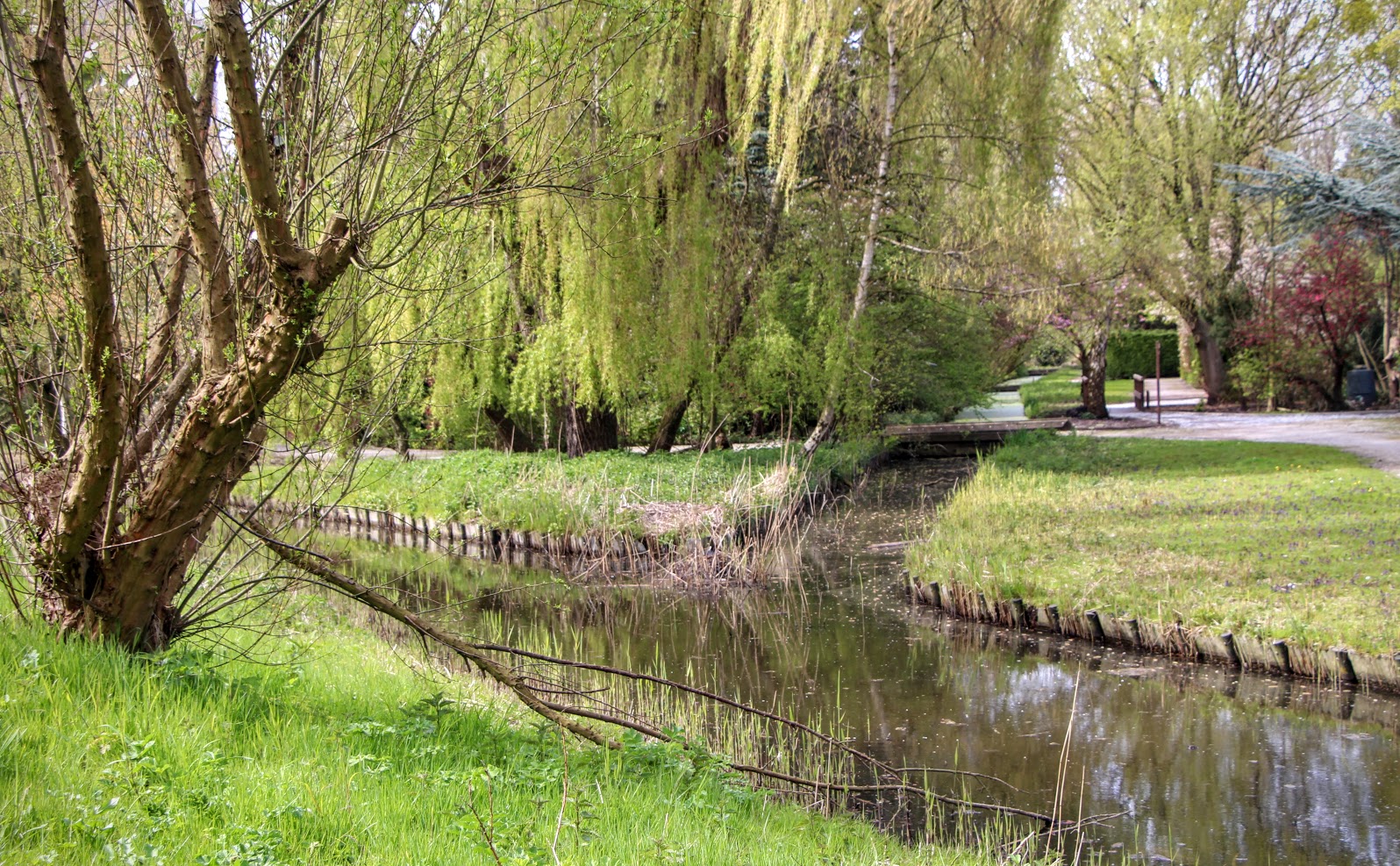 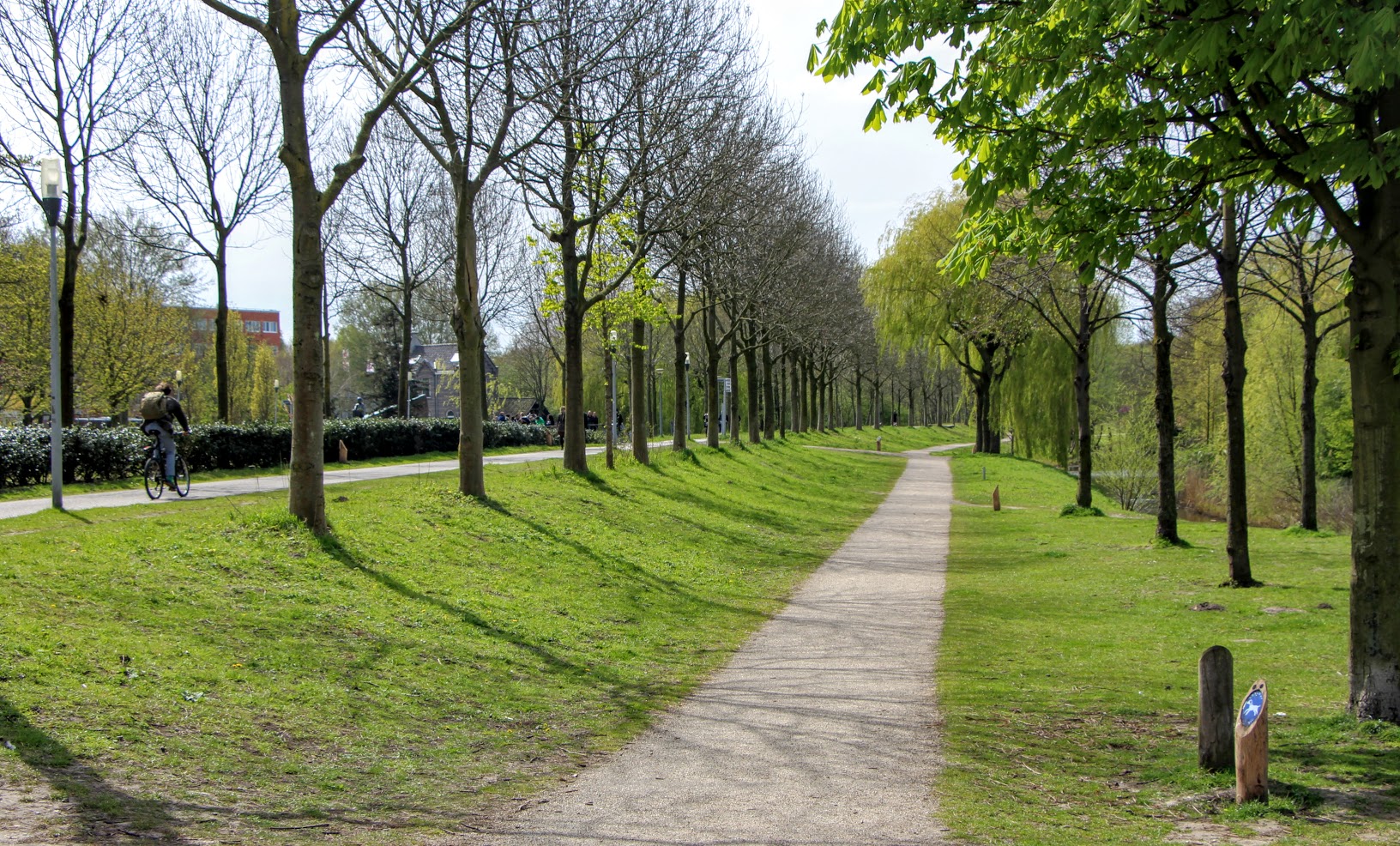 Measuring just over 90 hectares (222 acres), Sloterpark may be one of Amsterdam’s most surprisingly underrated parks as far as tourists are concerned. Why surprising? Well, given its size, wealth of running and cycling trails, swimming and sporting facilities, untouched Het Ruige Riet Nature Reserve to the north, and, oh yeah, the massive Sloterplas Lake, there’s no shortage of things to do or sights to see here. Just chalk its lack of foreign visitors up to a location that some might consider “out of the way”. For cyclists, however, one man’s lack of ambition is another man’s open bike lane, so don’t be afraid to get out there and take advantage of all that beautiful open space. 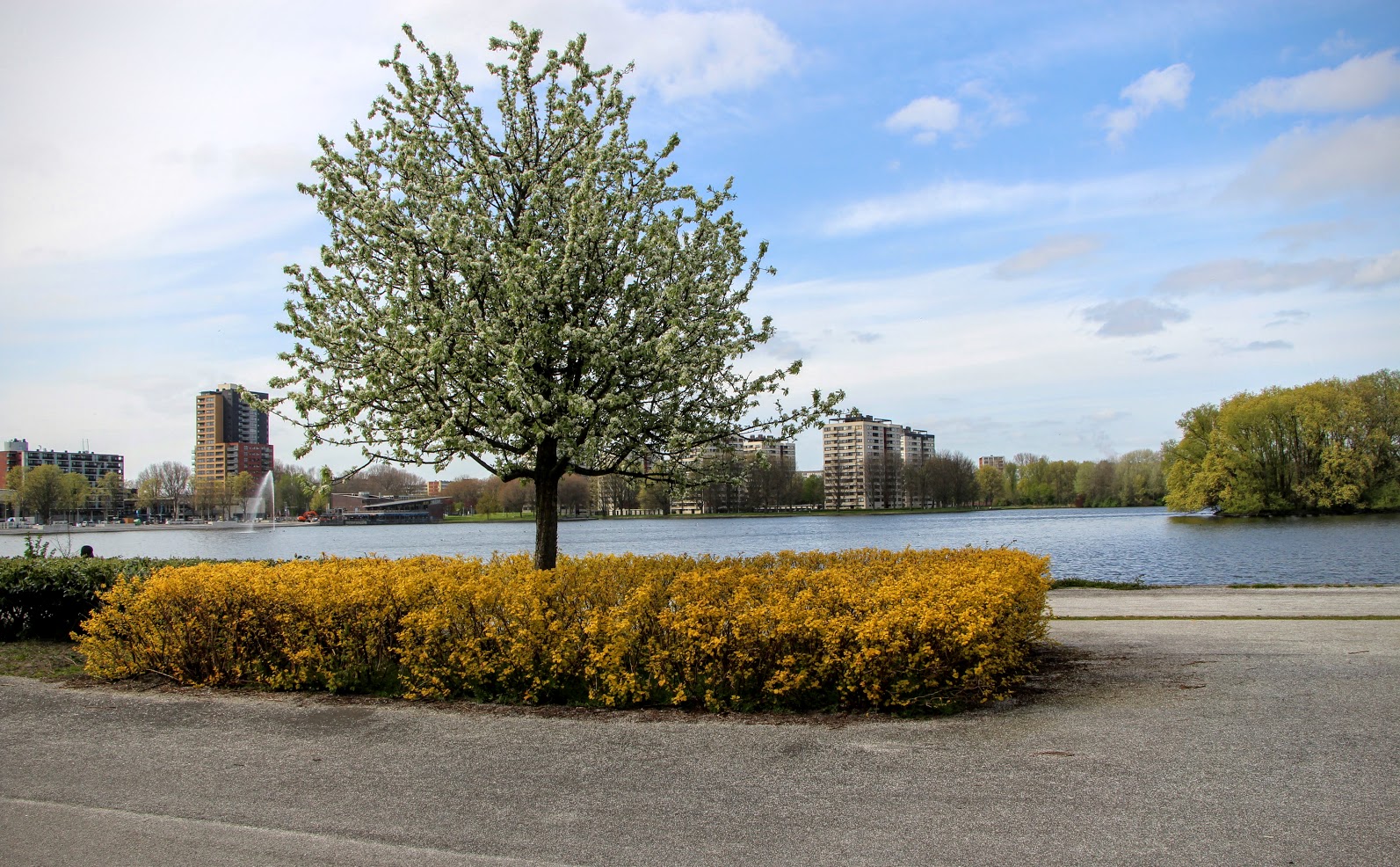 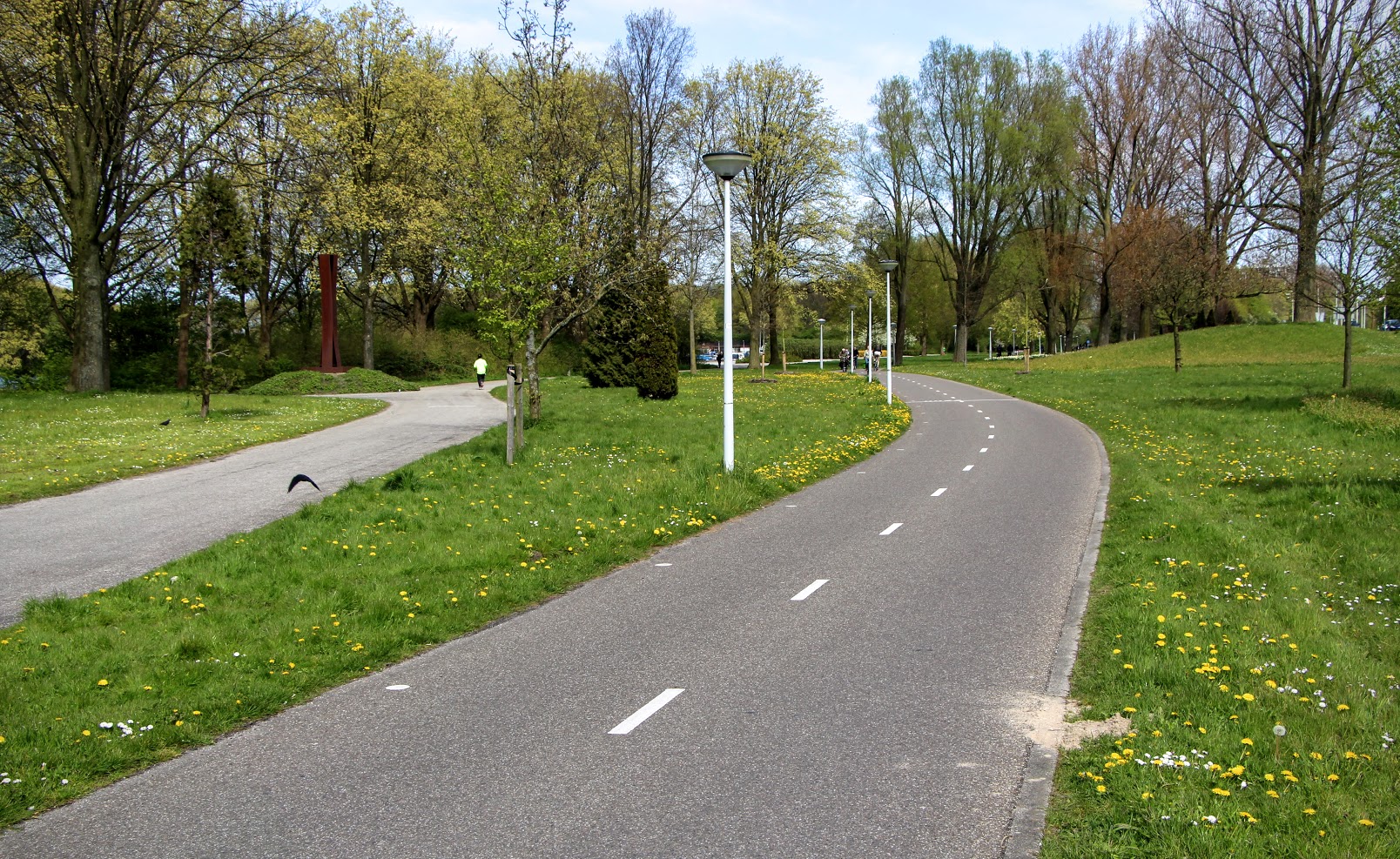 In a nod to the Netherlands’ most renowned 17th century artist, Rembrandtpark not only bears his name but also contains a healthy smattering of interesting sculptures scattered throughout the grounds. And yes, for the record, we know Rembrandt was a painter, but them’s the facts. Bisected horizontally by the Postjesweg (street), this lush green park is a playground for both children and adults with a ropes course, fitness stations, and plenty of cycling and jogging paths criss-crossing throughout. There are also a wealth of waterways and open, grassy knolls for relaxing should you feel like taking your time to appreciate the scenery. Given its proximity to Vondelpark, you’ll likely be surprised by how relatively calm it stays. 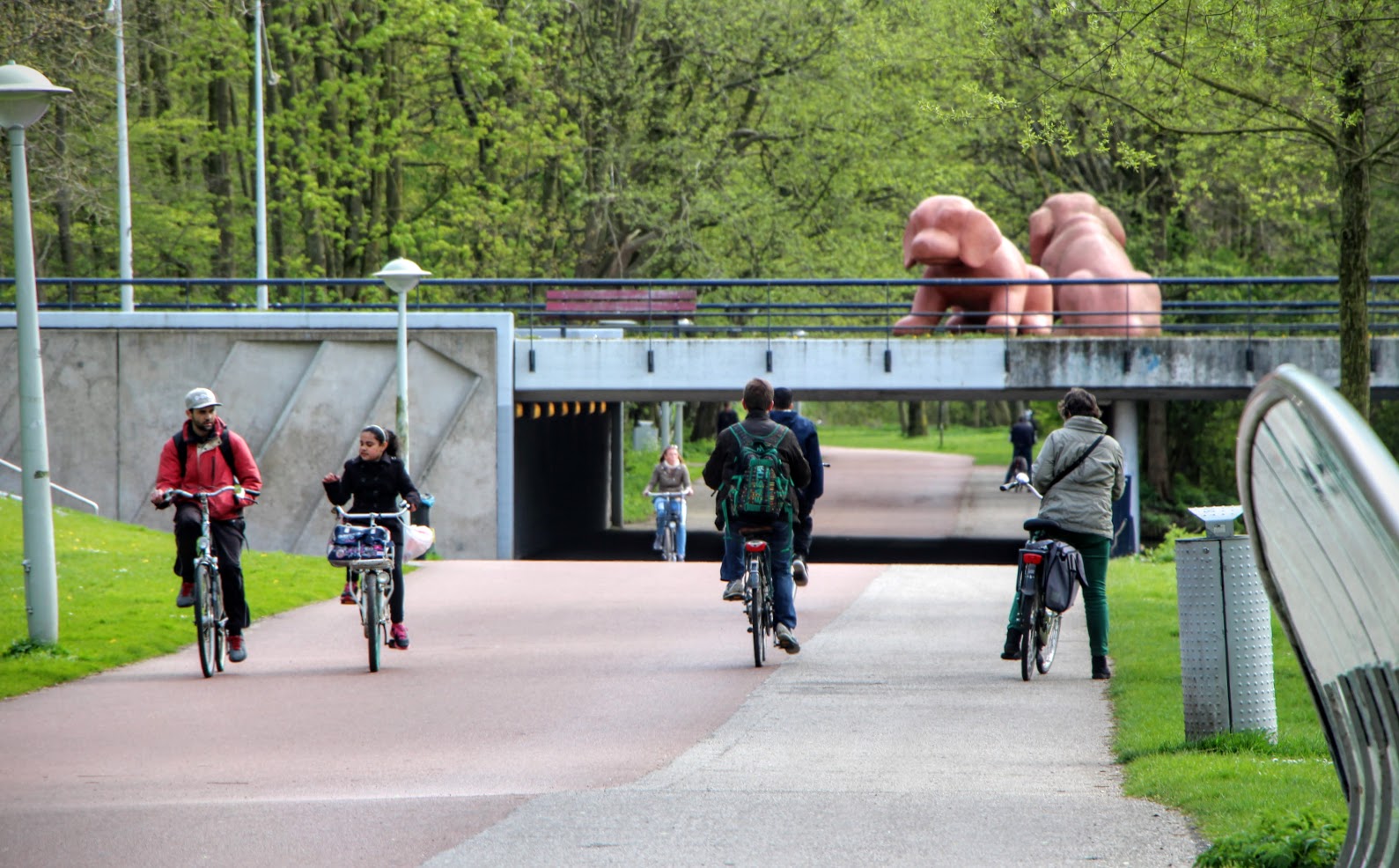 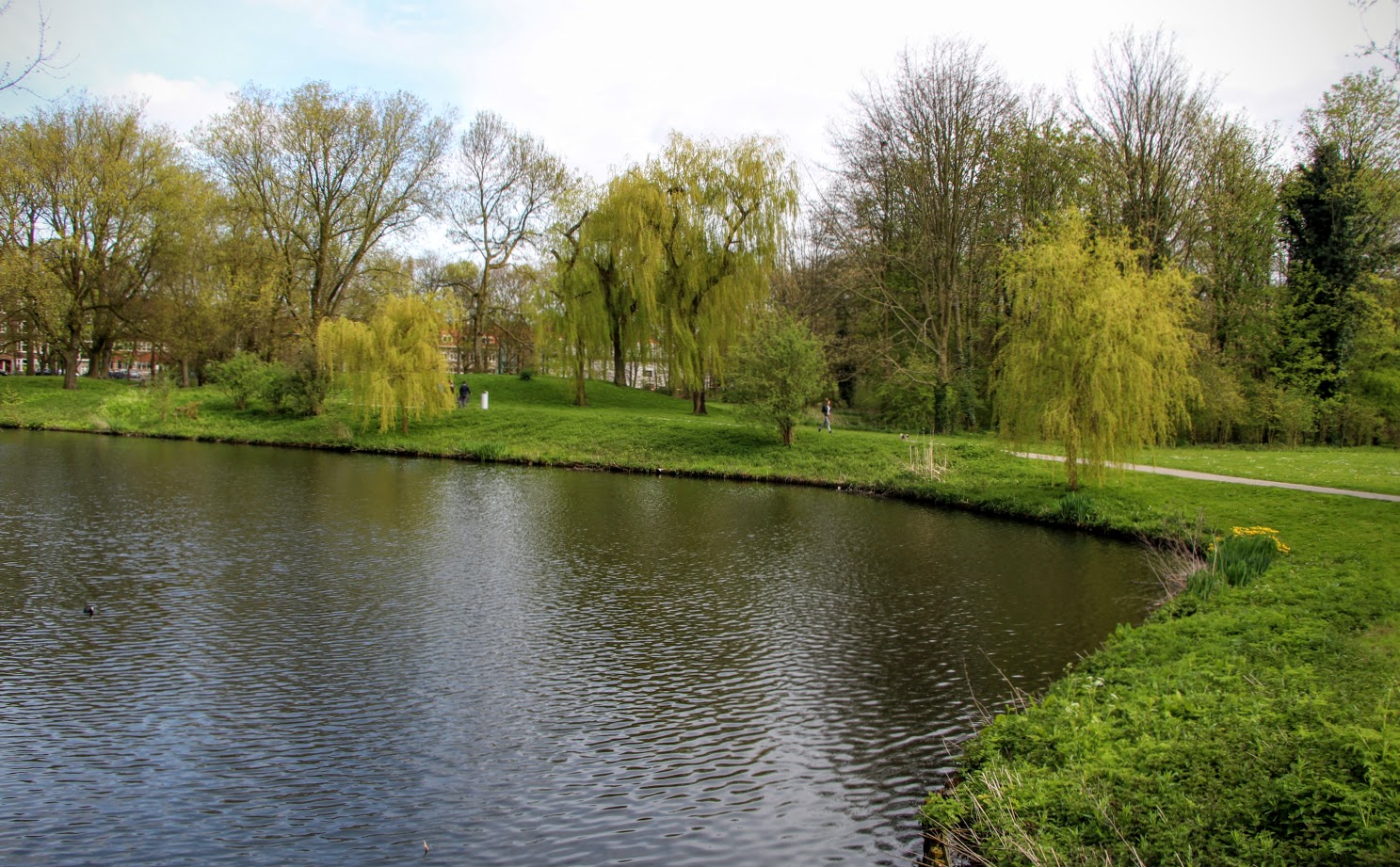 As hard a time as we’ve given Amsterdam’s most celebrated green space, it’s worth noting that Vondelpark is still every bit as cool as it’s cracked up to be. Whether you’re people watching on a bench, tossing a frisbee with friends, taking in a free show at the open air theater or pedaling with the steady stream of bike traffic along its winding network of paved pathways, it seems there’s never a bad time to come check out the gem of the Amsterdam park scene once the summer season kicks in. At 45 hectares (110 acres), there’s no shortage of room to fit in its 10 million annual visitors, so as long as you’re not looking for too much privacy this is one cycling destination you definitely won’t want to miss. 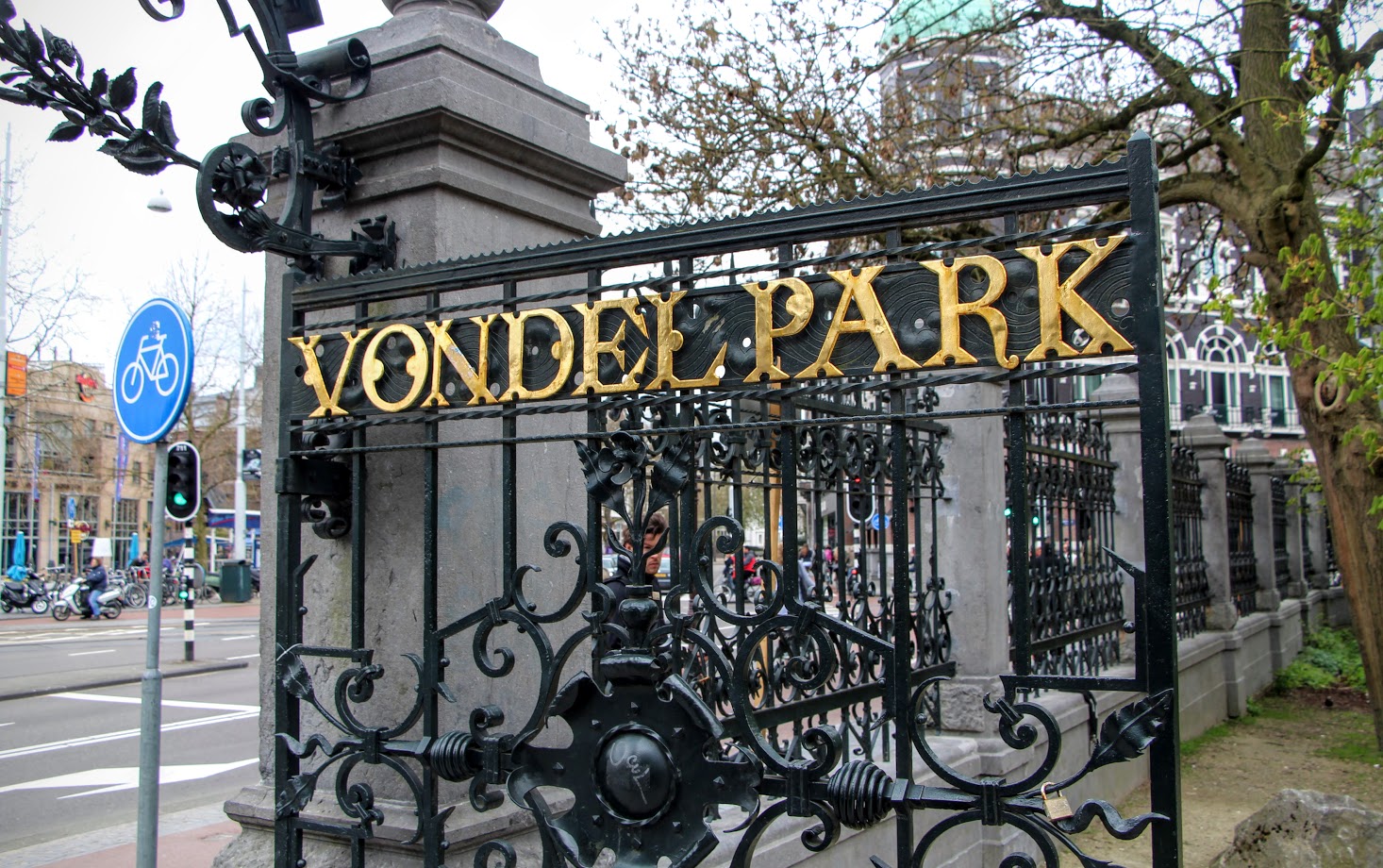 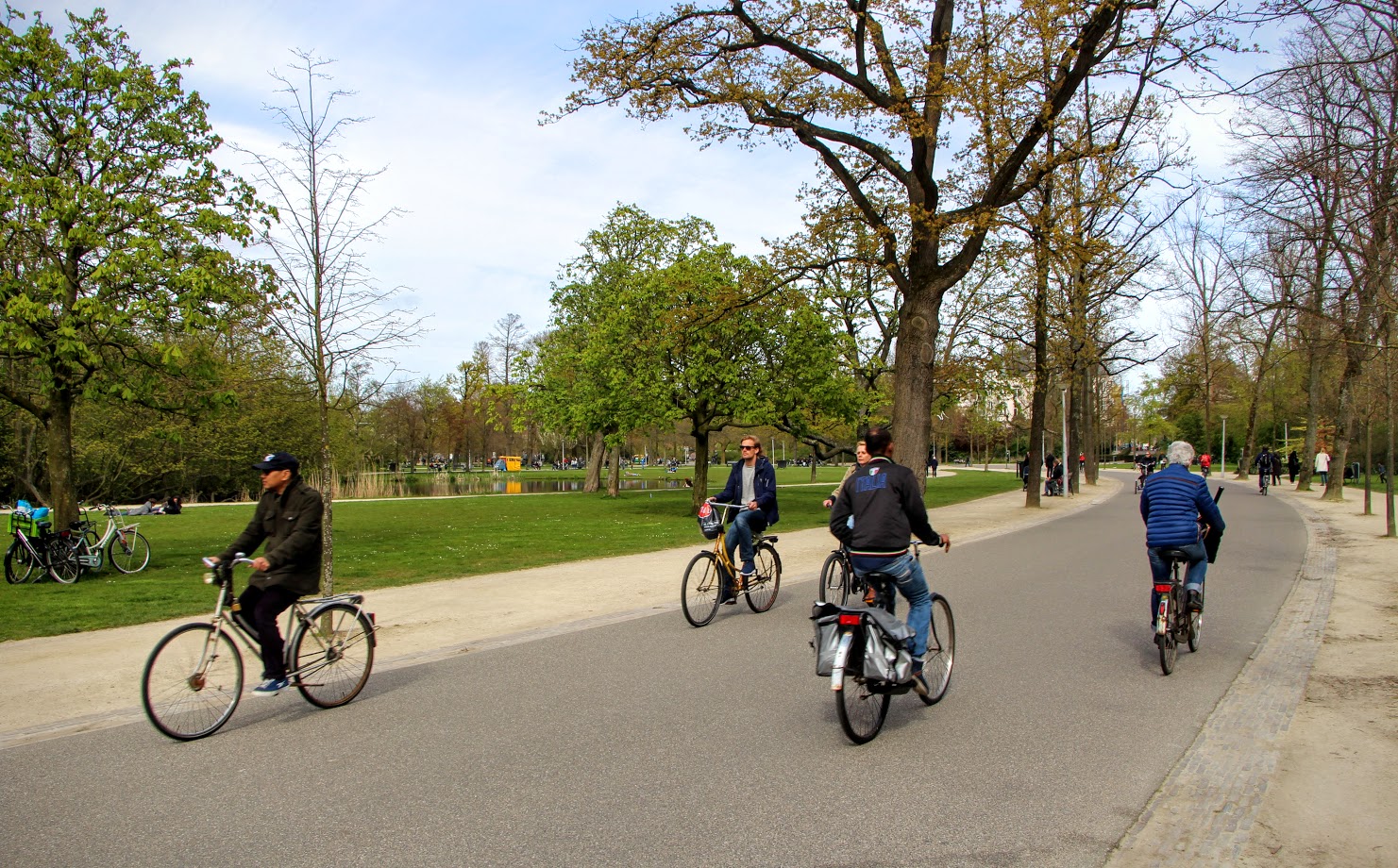 John Wachunas
John Wachunas directs content development and social media marketing at Spinlister. He is an avid traveler and published travel writer, as well as a co-founder and former content director at Embark.org.
Previous Post Amsterdamse Bos: A Bike Tour Into The Amsterdam Woods Next Post Hidden Places To Visit In Amsterdam: A Spinlister Bike Tour

Rocky Butte: A Bike Ride Up The Volcanoes Of East Portland