Generally speaking, the English aren’t known for their celebrated dietary traditions. In fact, some of the best culinary contributions to come out of Great Britain follow a distinct pattern: all are made up of 3 words, all can be spelled in under 15 letters, and all are composed of 50% potatoes: 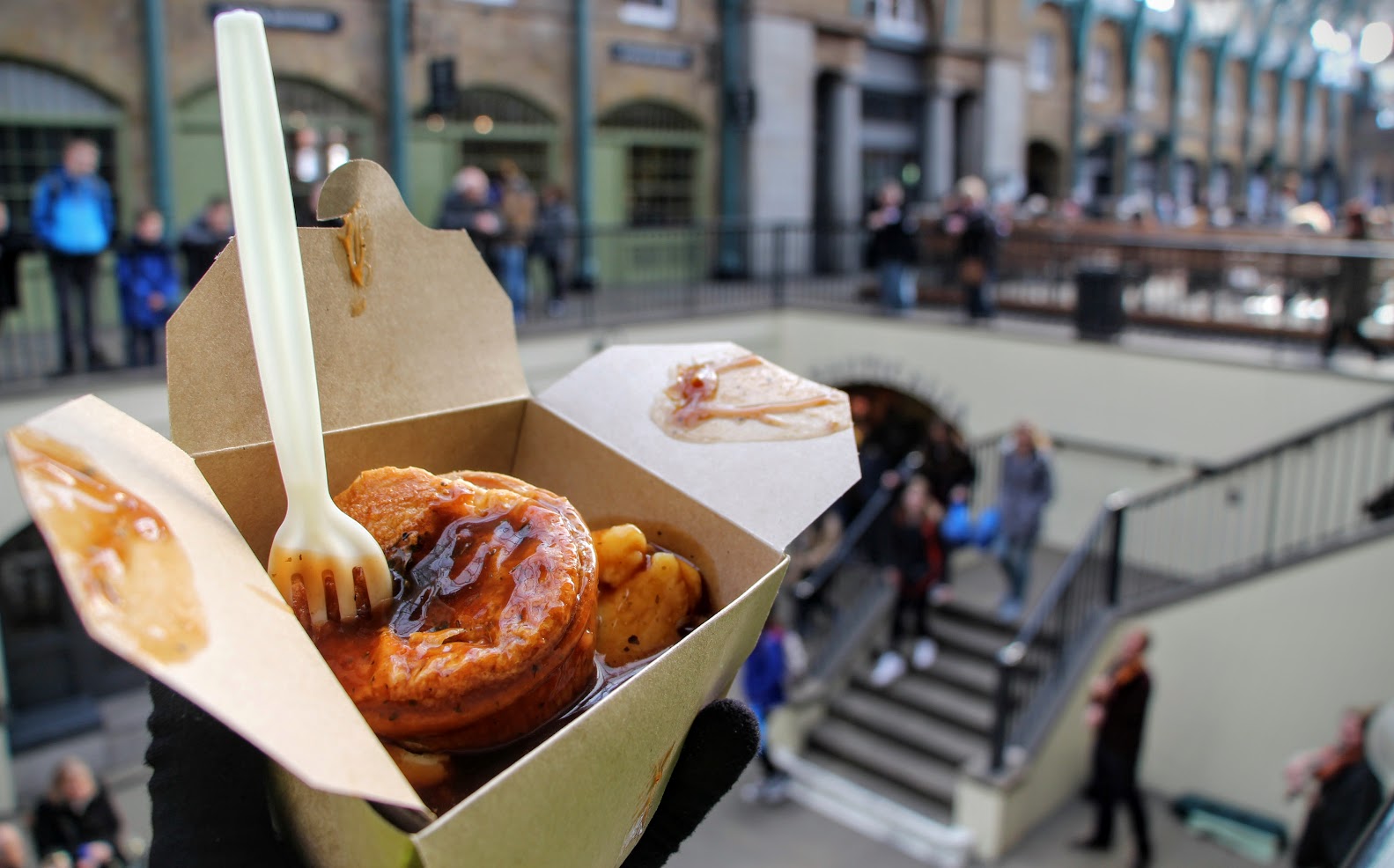 But just because we might poke a little fun at these not-terribly-distinguished combinations doesn’t mean they’re not well worth sampling in copious amounts – quite the contrary, in fact. Paired with a pint of good beer and consumed in the right pub environment, these traditional working-class plates can transport you back to Victorian London at a time when cheap and flavorful dishes were in high demand.

Ah, we can feel the soot on our faces already.

To give you the full experience, Spinlister has put together a mapped cycling tour of some of our favorite gastropubs throughout the city. These run the gamut from old-fashioned to decidedly modern, and combine to give you a full day of tasty and historic city riding. Cheerio.

Have you ever dreamed of tucking yourself into the rustic darkwood interior of a West London pub, savoring a pint of amber ale and a plate of delicious British comfort food next door to stately Victorian homes and lush public parks? If so, allow us to introduce you to The Scarsdale Tavern in Earls Court. It may sound like hyperbole, but this out of the way gem works hard to get all the details right, from the flowery front terrace and log-burning fireplace to the delicious specialty pies being baked up daily (among other plates). If escaping the bustle of central London is in the cards, you’ll be hard pressed to find better. 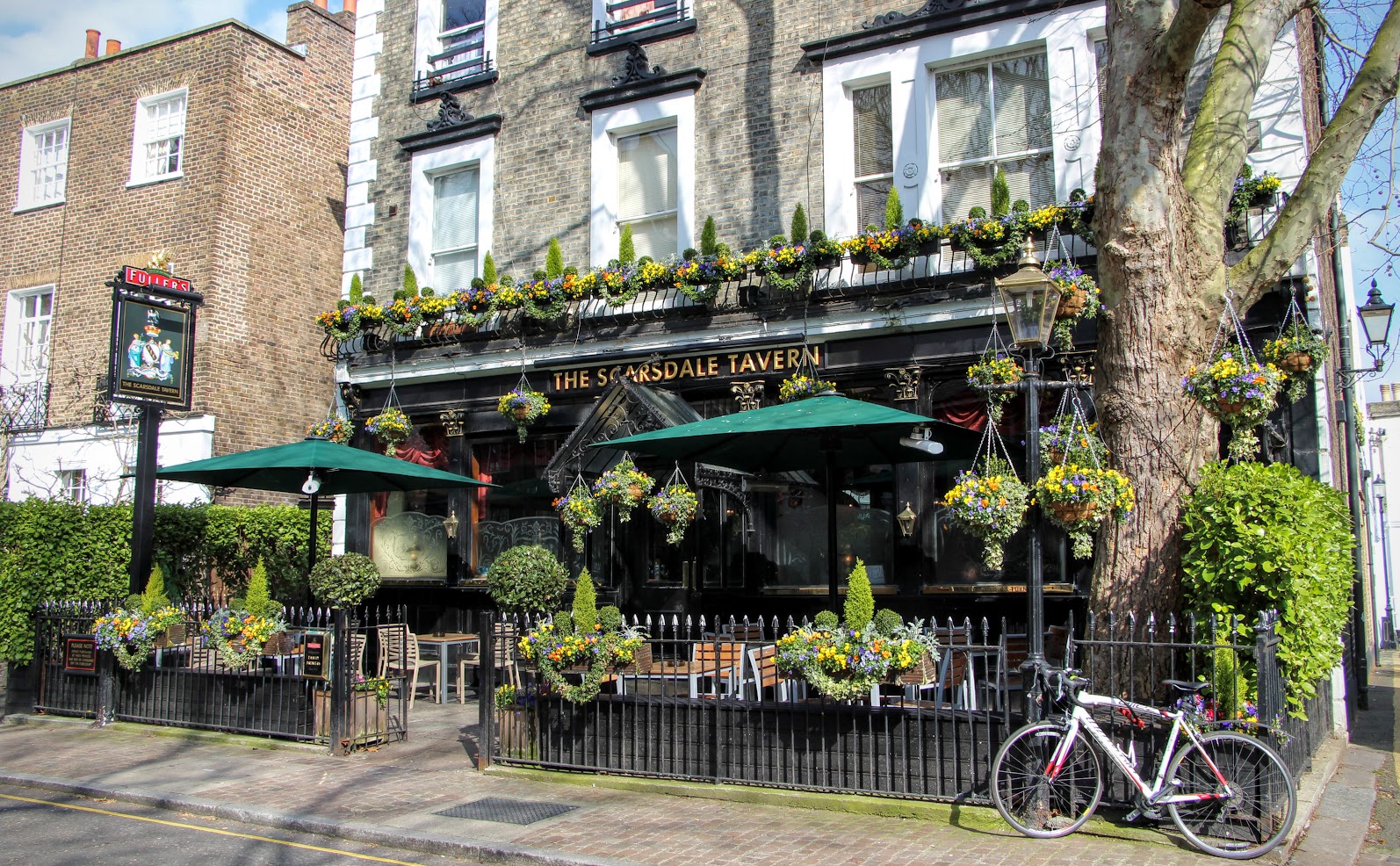 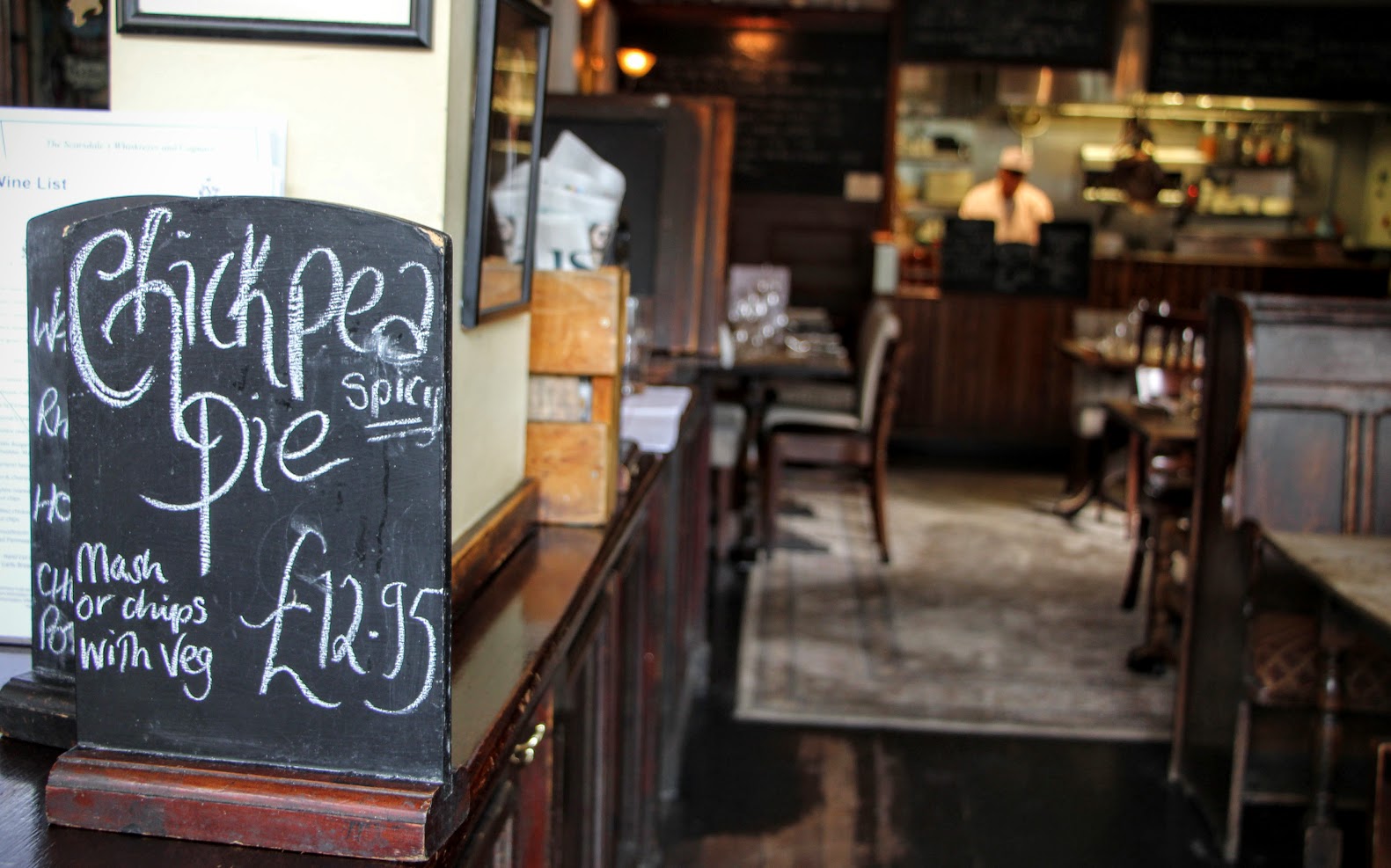 As suggested by its name, Mother Mash takes a unique approach to London’s specialty dishes by reversing the emphasis: spud before sausage, spud before pie. It’s the kind of trendy idea that goes over well in Soho, especially since traditional pubs are a dying breed in this hub of vitality and eclecticism. Step inside the clean white-tiled interior, pick your potato style, then match it with a pie or banger of your choosing and top it all off with Mother Mash’s selection of fresh gravies. On nice days, we’d highly recommend taking your plate outside to enjoy the wealth of people watching that can be had along this stylish pedestrian thoroughfare. 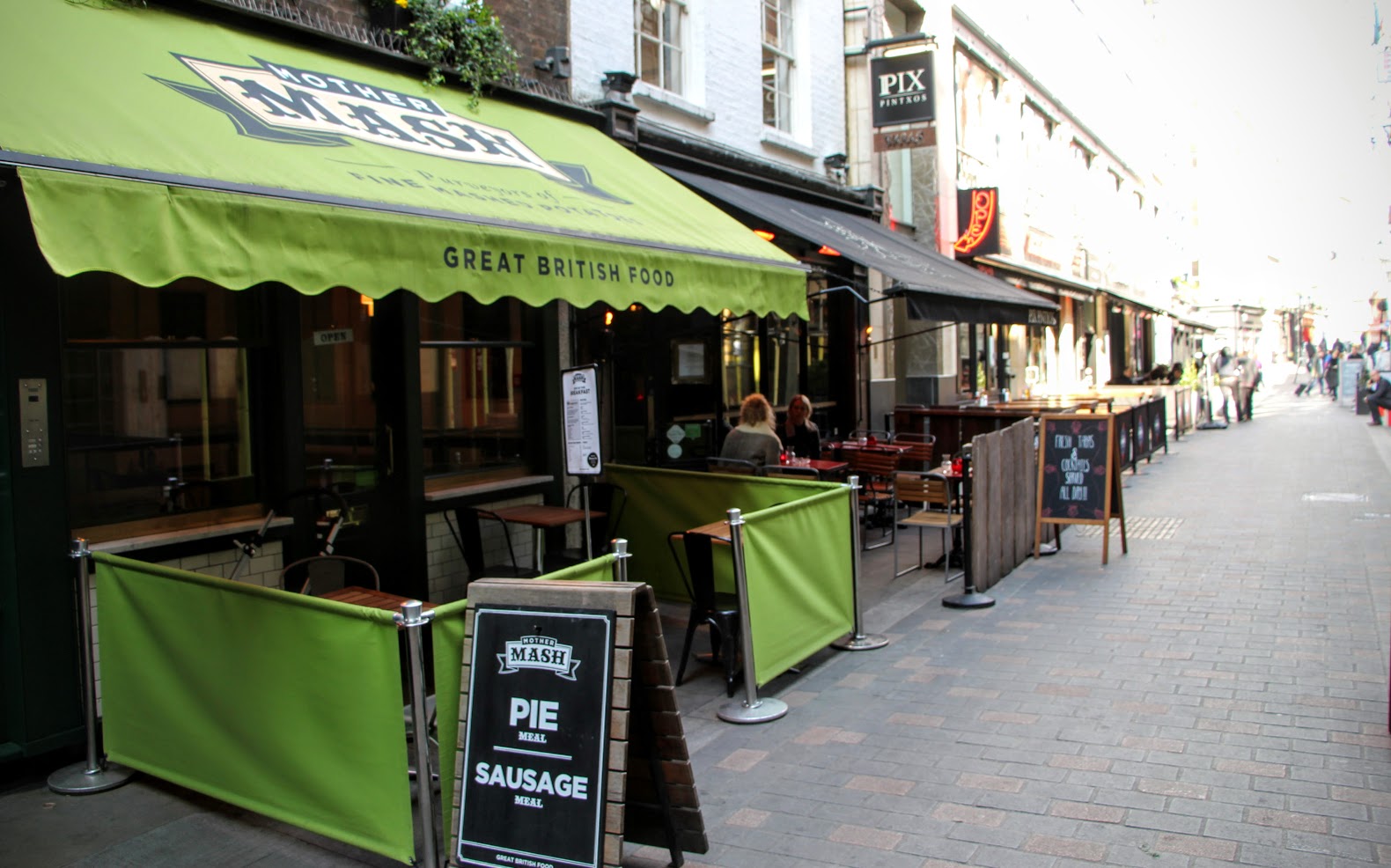 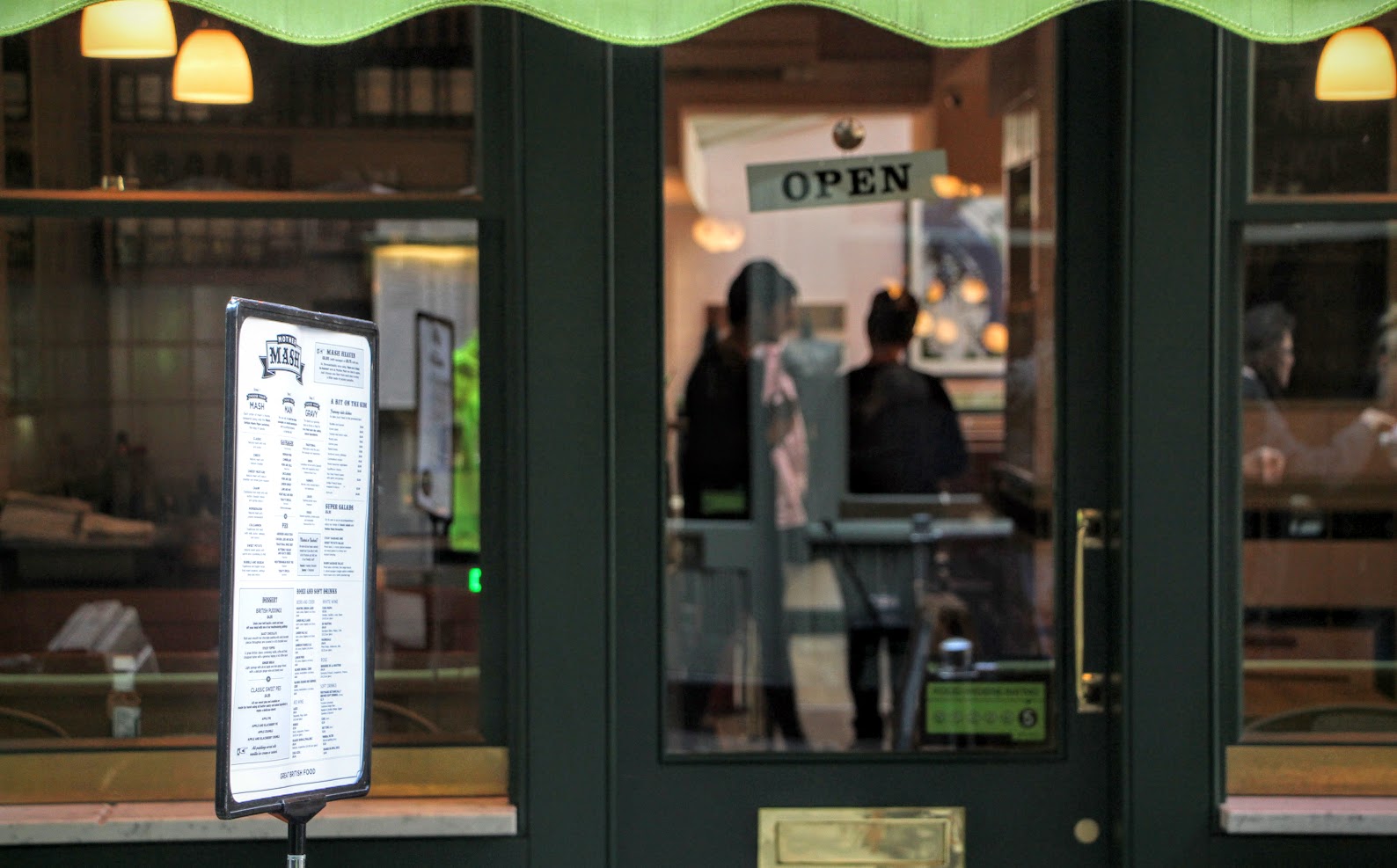 Check out the circa-1997 homepage to M. Manze’s website (listed below) and in a few seconds you’ll learn the only three things you’ll ever need to know about the world’s longest continuously-operating pie and mash shop: 1.) they’re old fashioned, 2.) they don’t care much for frills, and 3.) when it comes to giving you exactly what you’ve shown up for, they don’t mess around. Located in the heart of the decidedly untouristy London borough of Southwark, this family-run restaurant is as authentic as they come, right down to the gold lettering out front and the jellied eels in the kitchen. Don’t expect a queue of hip Londoners or savvy travelers here, just hungry locals who know how to appreciate a legend in their midst. 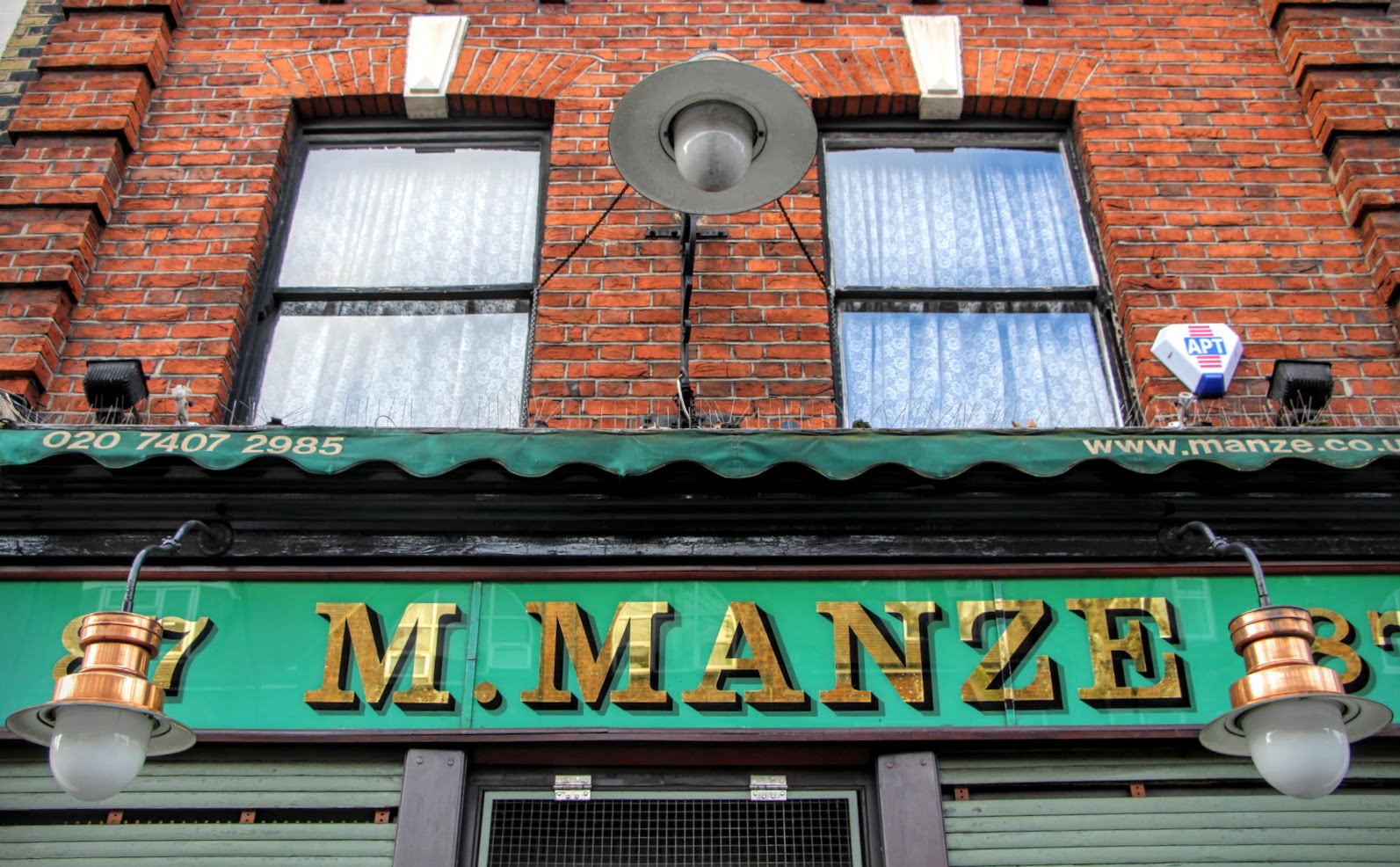 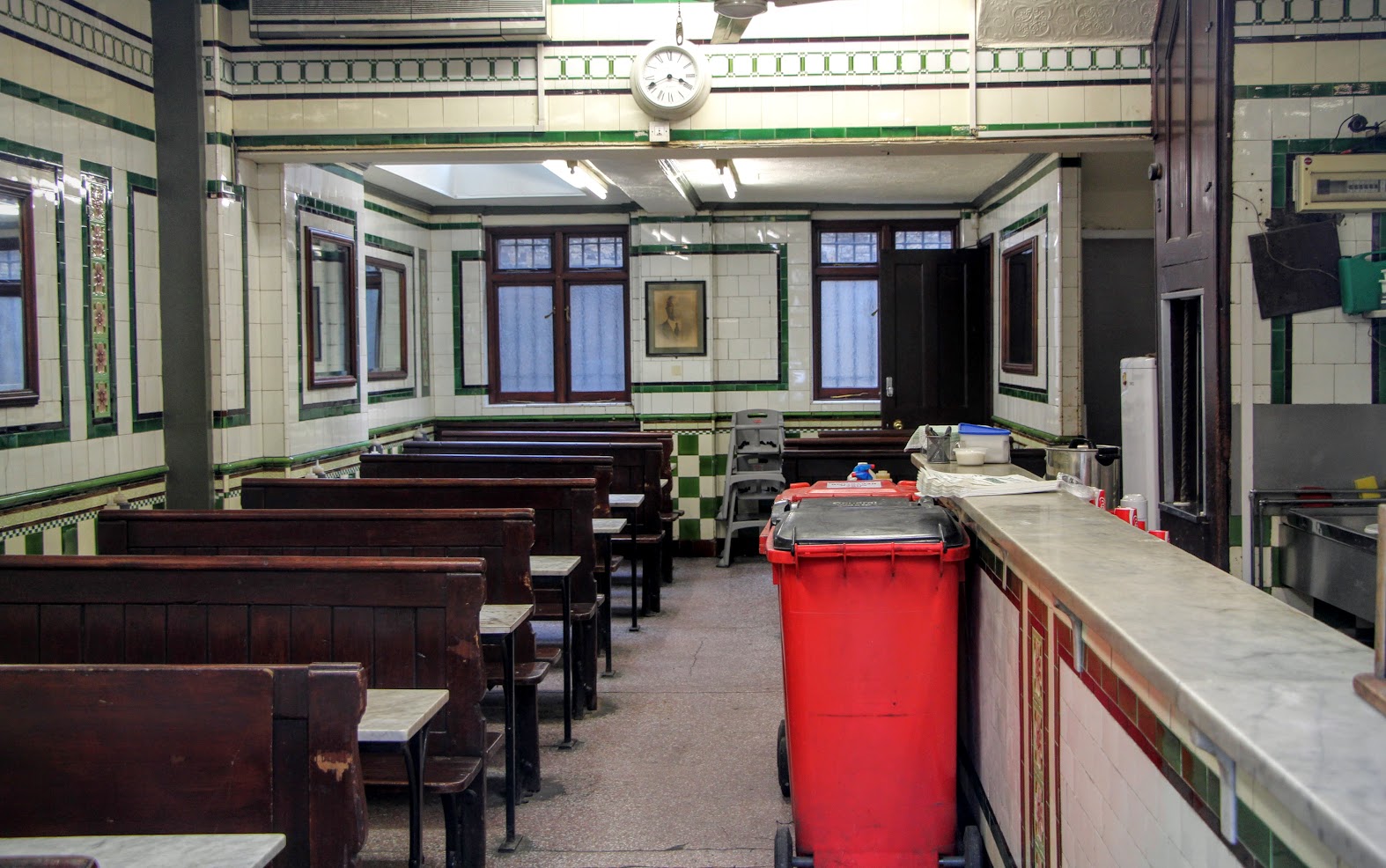 If you’re looking for authenticity, you won’t want to miss this staple of the Southeast London pie and mash scene. The original Goddards in Deptford dates all the way back to 1890, so when their Greenwich shop opened its doors some 60 years later it was already well versed in the secrets of incredible homemade pie making. These days, Goddards continues to churn out cheap and delicious plates daily for anyone willing to make the journey south of the Isle of Dogs. You can opt for vegetarian friendly options, but we’d highly recommend the traditional mincemeat pie with mashed potatoes and parsley gravy. It’s a worthy gastronomic pilgrimage indeed. 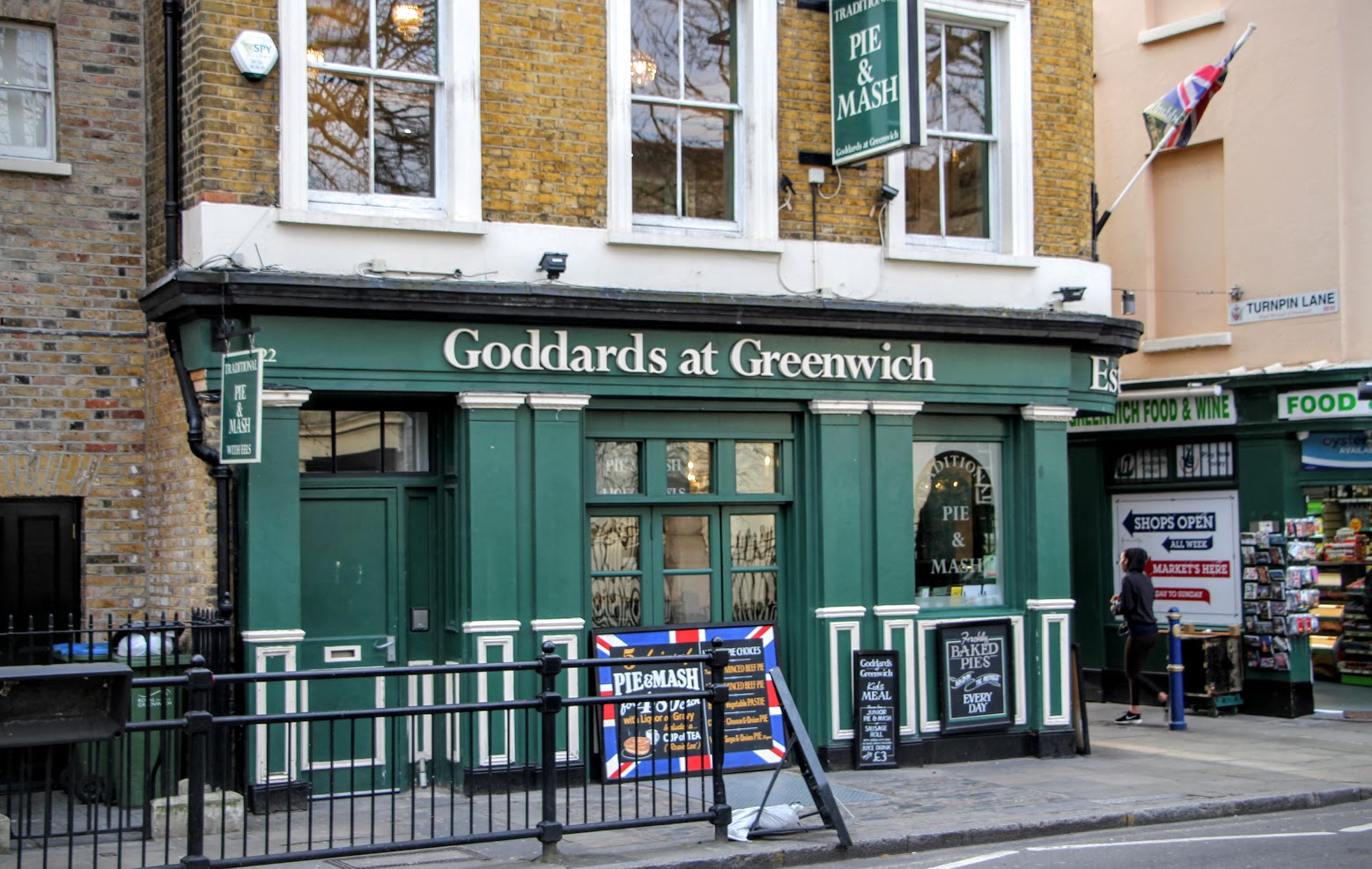 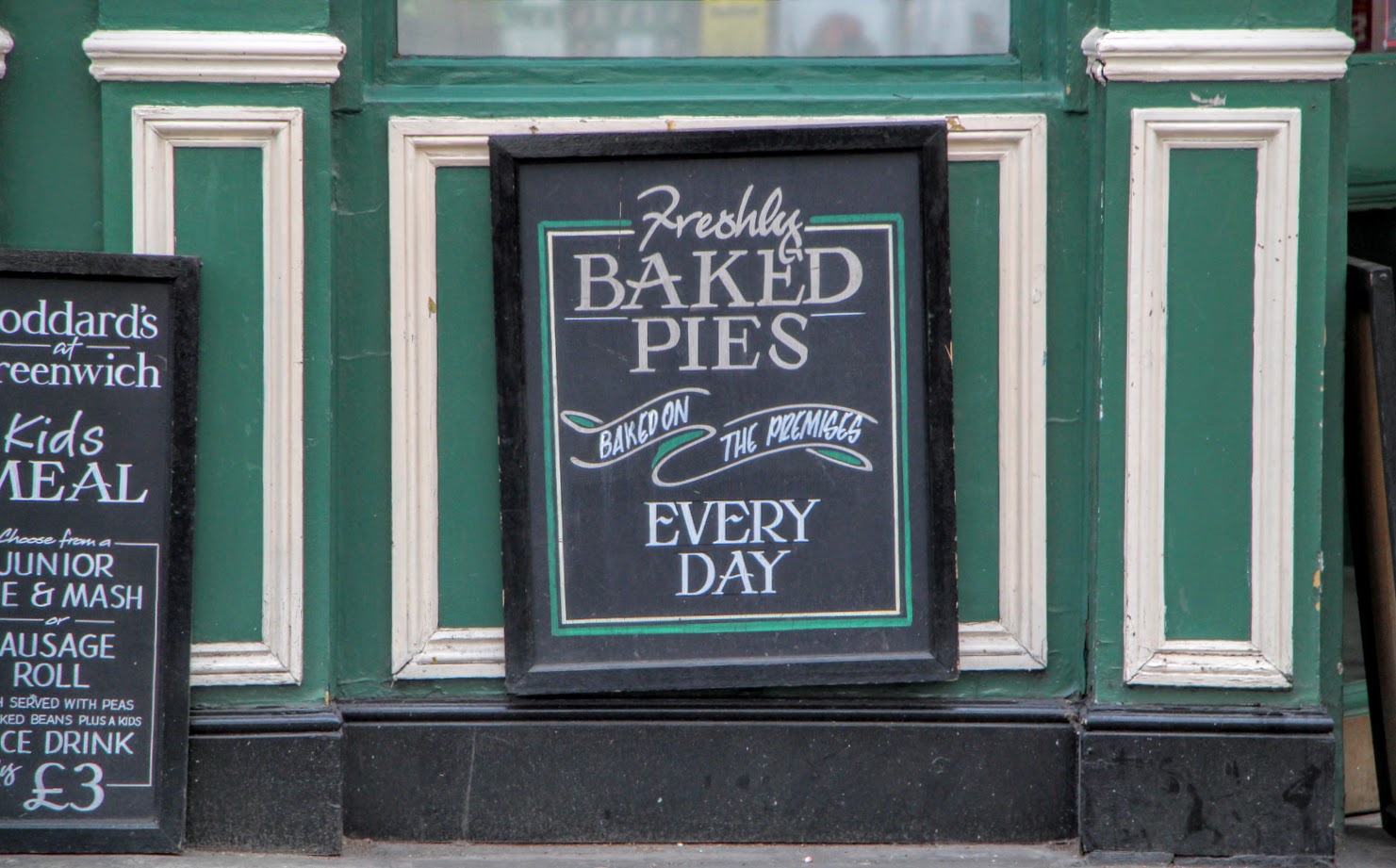 Authentic is not a word most Londoners would typically use to describe anything having to do with Covent Garden – a fact that makes the existence of the Battersea Pie Station all the more difficult to explain. Located in the downstairs “courtyard” of one of the capital’s most touristy destinations, this small, clean, white-walled restaurant packs a delicious punch for a fair price. Pies can be purchased in normal or pint-sized portions, and you’re free to eat at a table or take your meal to go as you wander the grounds. For a tasty, traditional lunch on the go, this is an excellent choice. 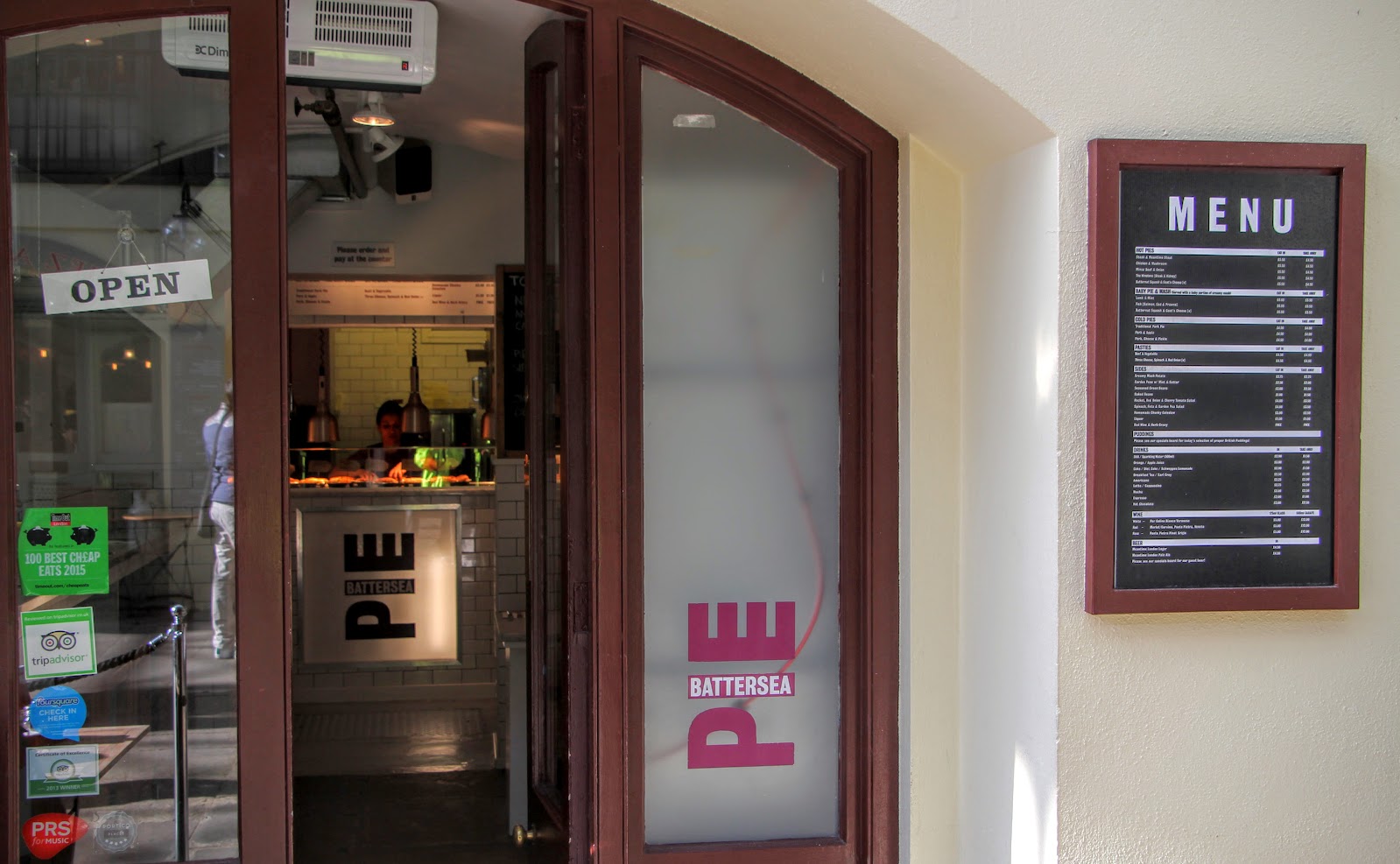 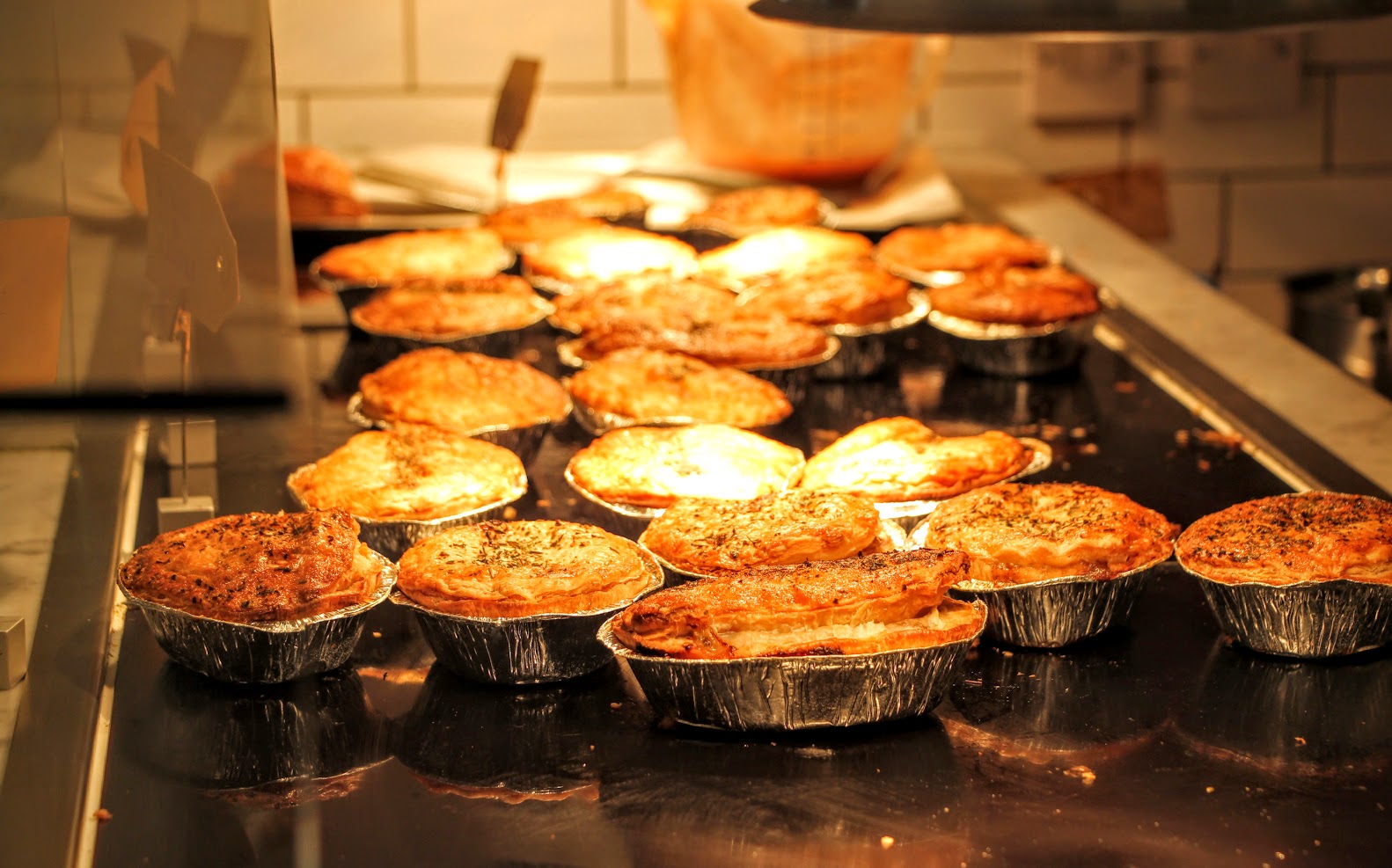 John Wachunas
John Wachunas directs content development and social media marketing at Spinlister. He is an avid traveler and published travel writer, as well as a co-founder and former content director at Embark.org.
Previous Post Coffee Shops London: Cafe Culture With A Crazy British Twist Next Post Night Bike London: Cycling A Night Out In The British Capital