Berlin By Night: A Bike Tour Through Germany’s Nightlife Capital

If you’re not here for the history, chances are you’ve come to Berlin to experience some of its much-lauded nightlife. It’s alright, your secret’s safe with us.

As wildly cliche as this reputation has become, it’s nevertheless accurate. The German capital long ago established itself as one of Europe’s most celebrated late night destinations, with everything from great boozy bars to pulsating dance clubs attracting beer aficionados and DJs from all over the world. Just don’t be too loud in the streets after 11 pm, as Berliner’s value their sleep.

In such a sprawling city, however, sometimes it’s hard for an ambitious newcomer to know where to begin looking for the fun. That’s where we come in. To help give you a proper introduction to the Berlin nightlife scene, Spinlister has compiled a few of our favorite haunts into a single entertaining bike tour. You might not hit every big name on the city’s docket, but give yourself an evening to explore each of the neighborhoods below and you’ll be hard pressed to ask for more.

Stretching between the districts of Mitte and Prenzlauer Berg, Berlin’s Kastanienallee continues to play an important role in the city’s entertainment and cultural sphere, though overall opinions on it can be decidedly mixed. On the one hand, there are those who bemoan its gentrification, as evidenced by the continuing surge of hip newcomers and fashionable boutiques slowly erasing its “Old East” charm. These would be the ones sarcastically referring to the avenue as “Casting Alley.” On the other hand, there are cafes, bars, restaurants, and beer gardens a-plenty, making the strip a fantastic place to kick back with friends and enjoy a night out in the capital. Try it out for yourself and see what you think. 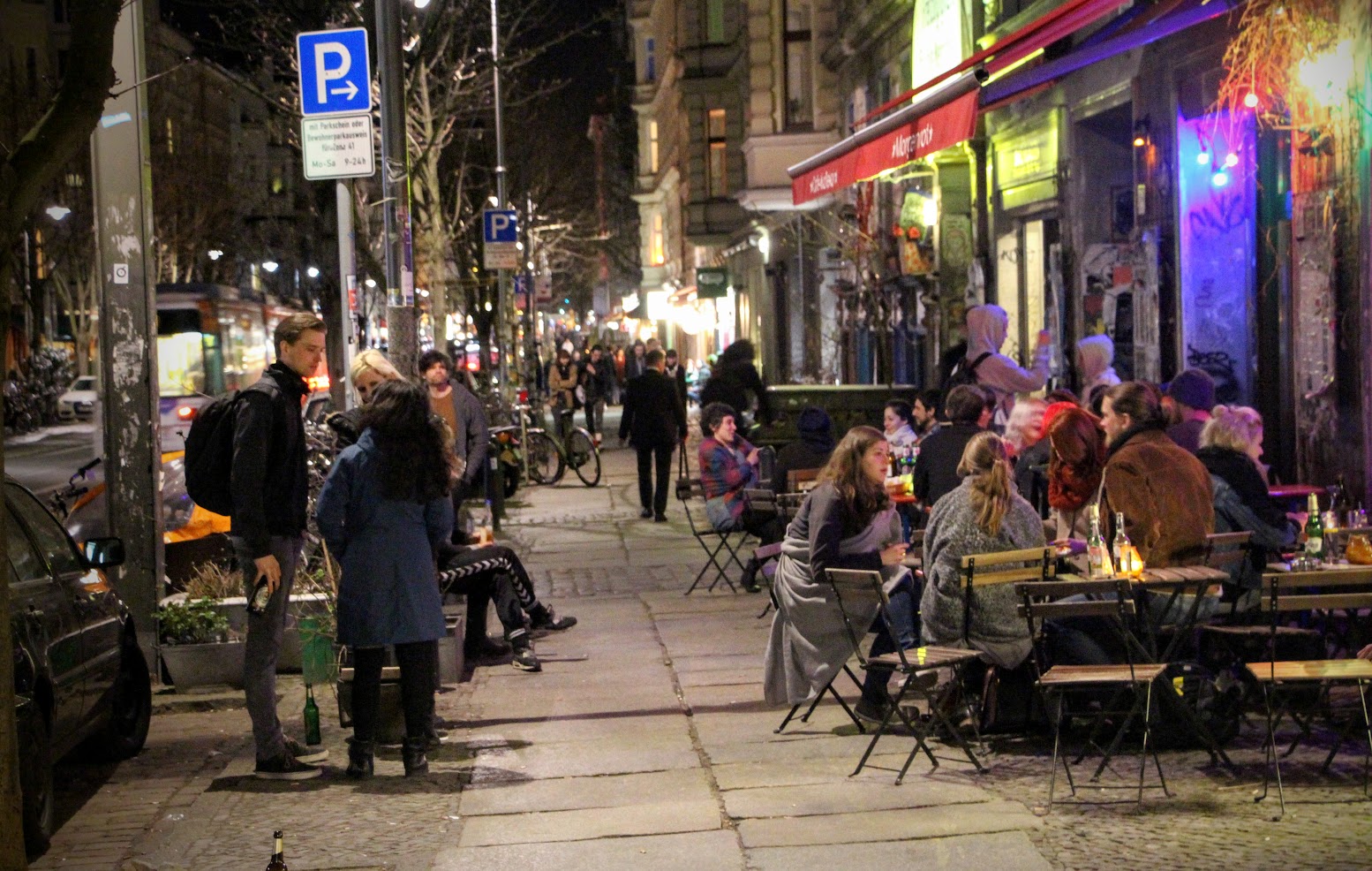 Hackescher Markt is located just off the northern end of the bustling Alexanderplatz, which should give you a pretty good idea of its popularity. Immediately surrounding the plaza you’ll find plenty of shops, pubs, and restaurants with outdoor tables, so you won’t have to look hard to find a place to get situated. Most of them also offer blankets to help ward off the chilly Berlin evenings, which is a plus. For those who feel like exploring, the “hidden” alleyways of Hackesche Höfe are just across the street, adding an air of either luxury or alternative art to your night out depending on which you choose. 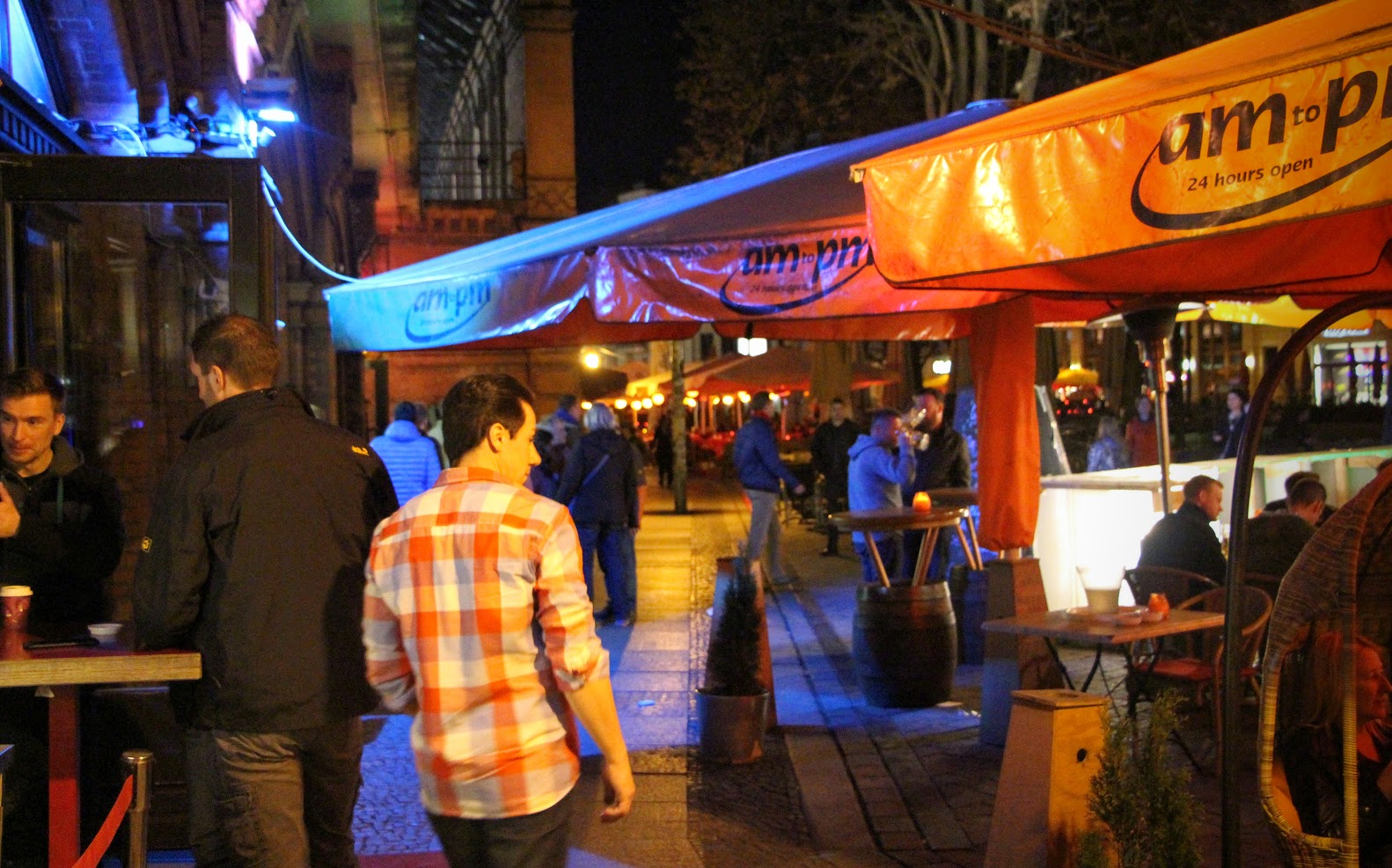 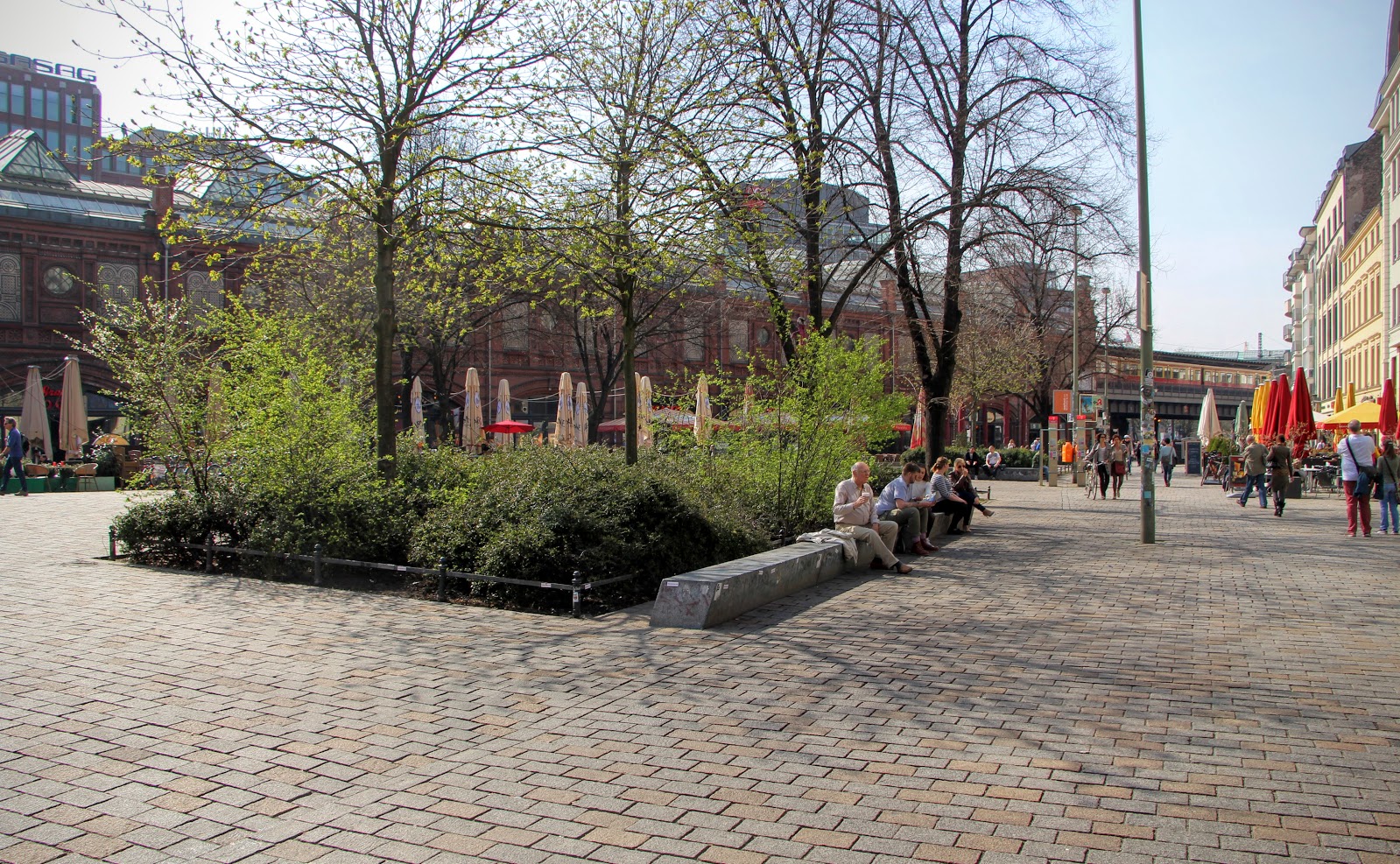 If you prefer your nightlife with a bit of a colorful edge, Simon-Dach Straße will be just up your alley. Located in the decidedly alternative district of Friedrichshain, you won’t find anything too expensive or too formal here. What you will find, in contrast, are a series of bars and clubs packed with a generous helping of energetic locals and in-the-know travelers who like their beer cheap and their bars unpretentious. Whereas many areas in Berlin require you to dig at least a little to find your niche, Simon-Dach Straße is literally lined with lights and outdoor tables, so all you’ll have to do is follow your gut into the one that looks the most appealing. Cheers. 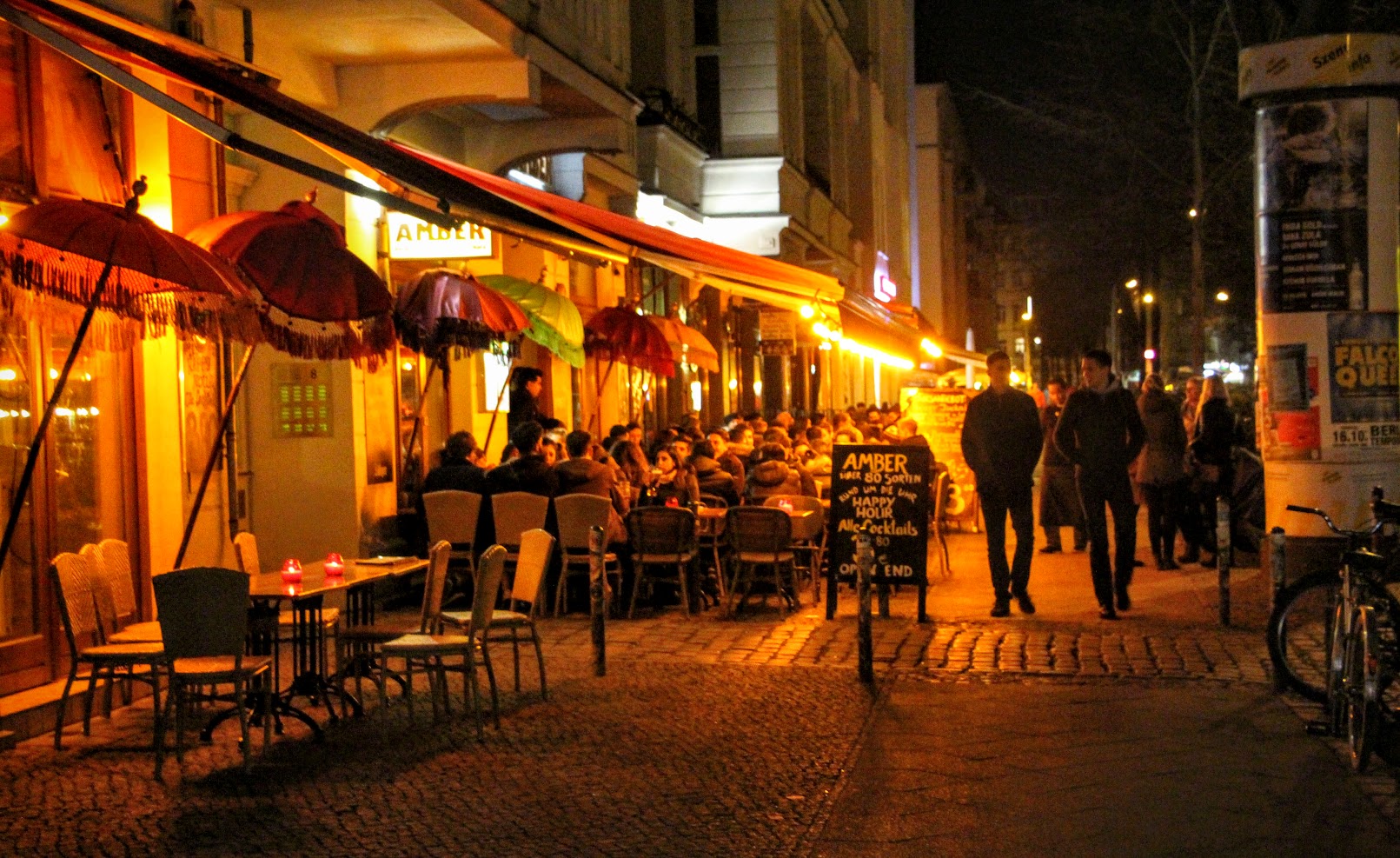 Considered by many to be the modern heart of Prenzlauer Berg, Kollwitzplatz has become a mainstay of the Berlin entertainment scene. Sure you can’t go wrong paying a visit to the Saturday farmers’ market, but given the selection of bars, restaurants, and cafes surrounding the square you’ll probably want to consider sticking around for sundown as well. As long as you’re in the neighborhood, consider making a jaunt down length of the nearby Schönhauser Allee just to the west. Equipped with its own selection of clubs and various other nightlife haunts, this strip has slowly transitioned into a trendy alternative to the nearby Kastanienallee. 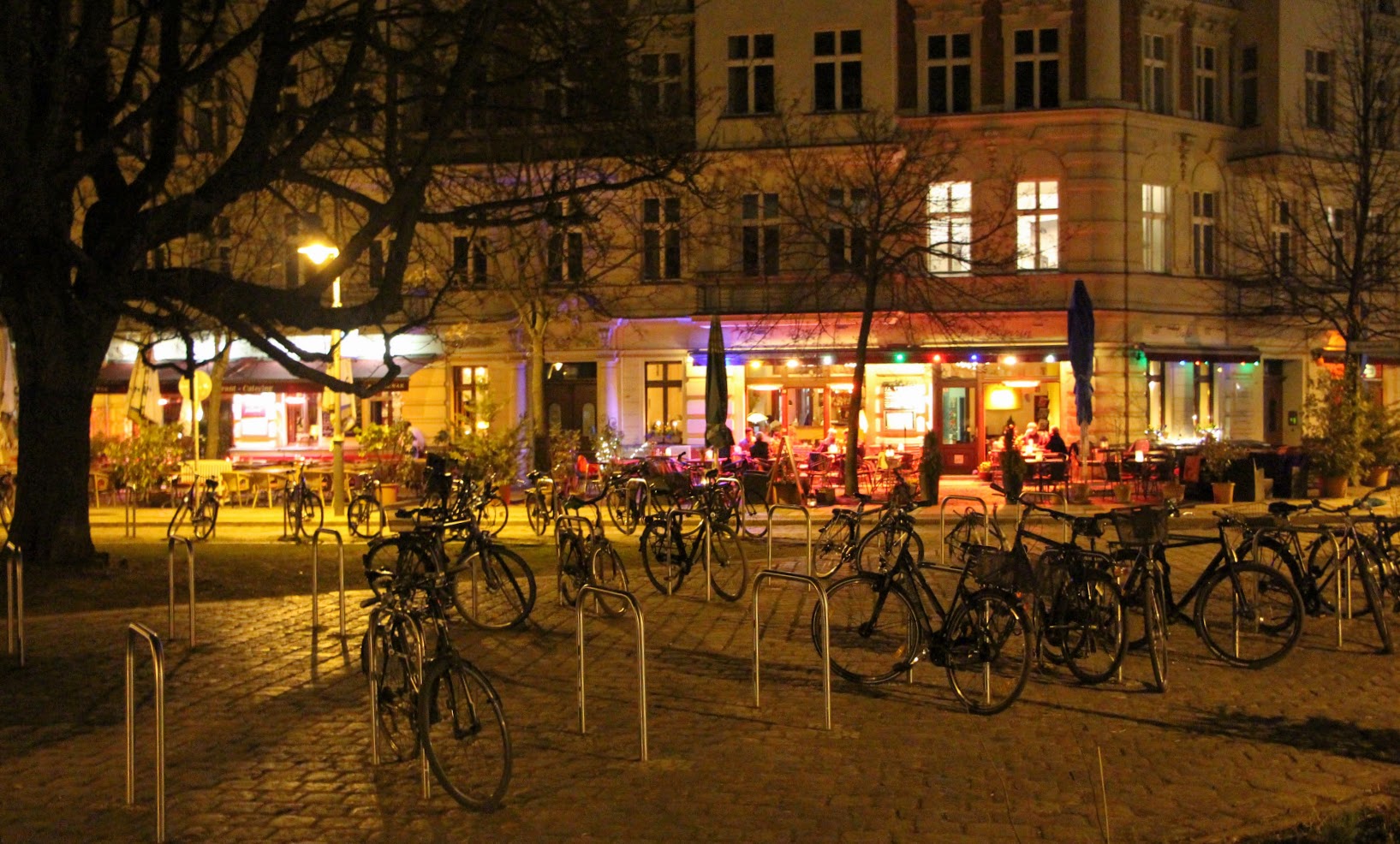 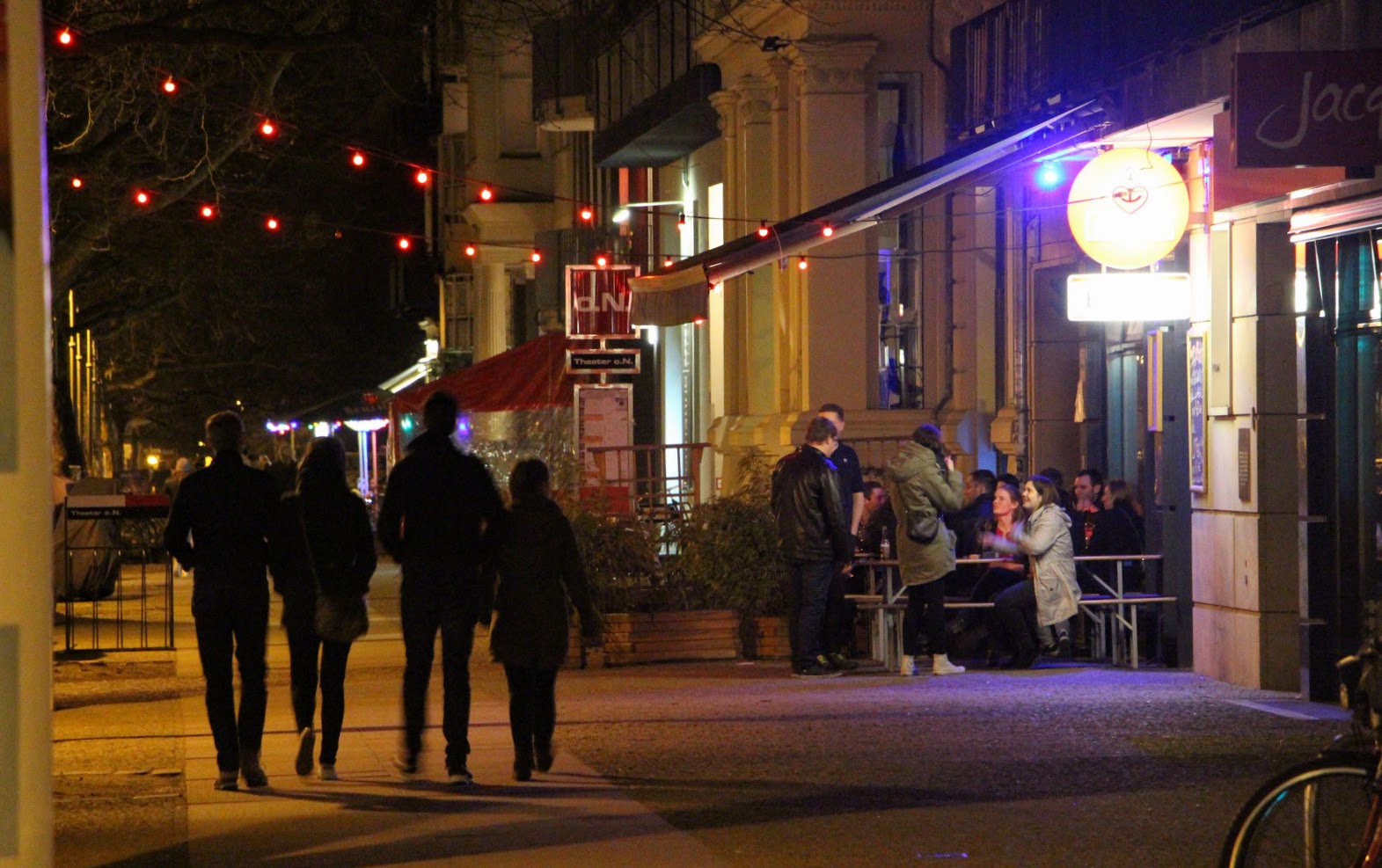