That Berlin boasts a sizeable amount of public parks should come as a surprise to no one. This is the capital and most populated city in Germany, after all. All that pilsner and currywurst isn’t going to work itself off.

What might raise some eyebrows, however, are both the size and variety of these plentiful green spaces, from derelict airstrips to hillside views in a city with almost no topographic contours. Far from a humdrum collection of flower-strewn fields, Berlin’s parks are an integral part of the city’s history and identity,  and a focal point for its sun-starved residents once the warm weather finally sets in.

To help you experience the best of what these open spaces have to offer, we’ve put together a list of some of our favorites below, along with a couple of mapped bike routes to help get you exploring. Pack a picnic, rent a ride, and then go experience these fascinating Berlin parks for yourself.

Situated along the banks of the Spree River, you could content yourself at Treptower Park simply by sticking to its watery edge. There’s an island to discover (Insel der Jugend, or Island of youth), pedal boats for rent, and a 4-km walking/cycling path to help you take in the sights. Sounds quaint, right?

Step inside the interior, however, and the star of the show makes itself known in no uncertain terms. The massive Soviet War Memorial was constructed shortly after WWII to commemorate some of the 80k Soviet soldiers who lost their lives in the Battle of Berlin. Its striking design, complete with two twin gates, 16 sarcophagi, and a towering statue of an officer holding a young child are a powerful testament to Soviet influence in post-war Berlin. Whatever your political leanings, prepare to be impressed. 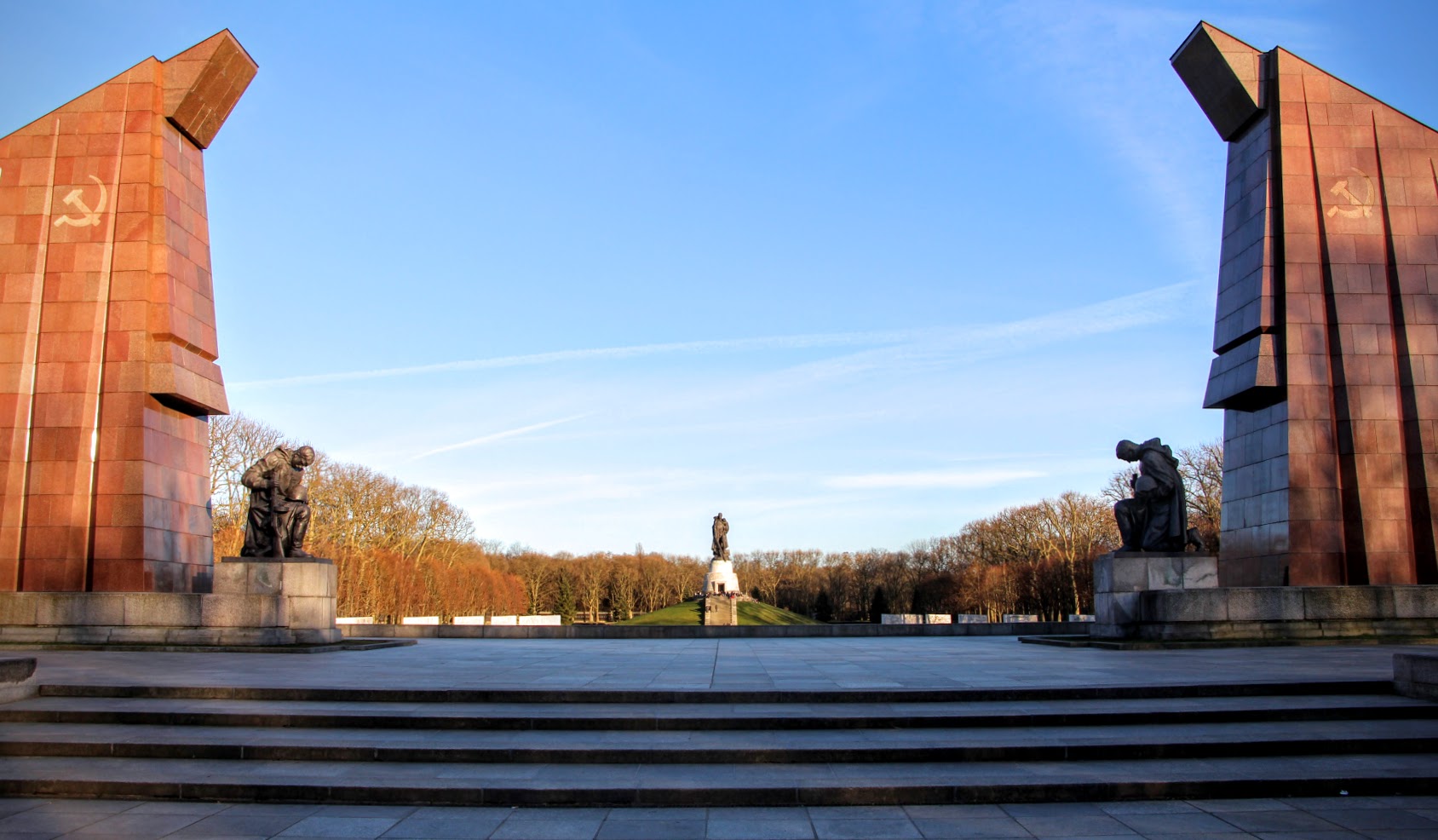 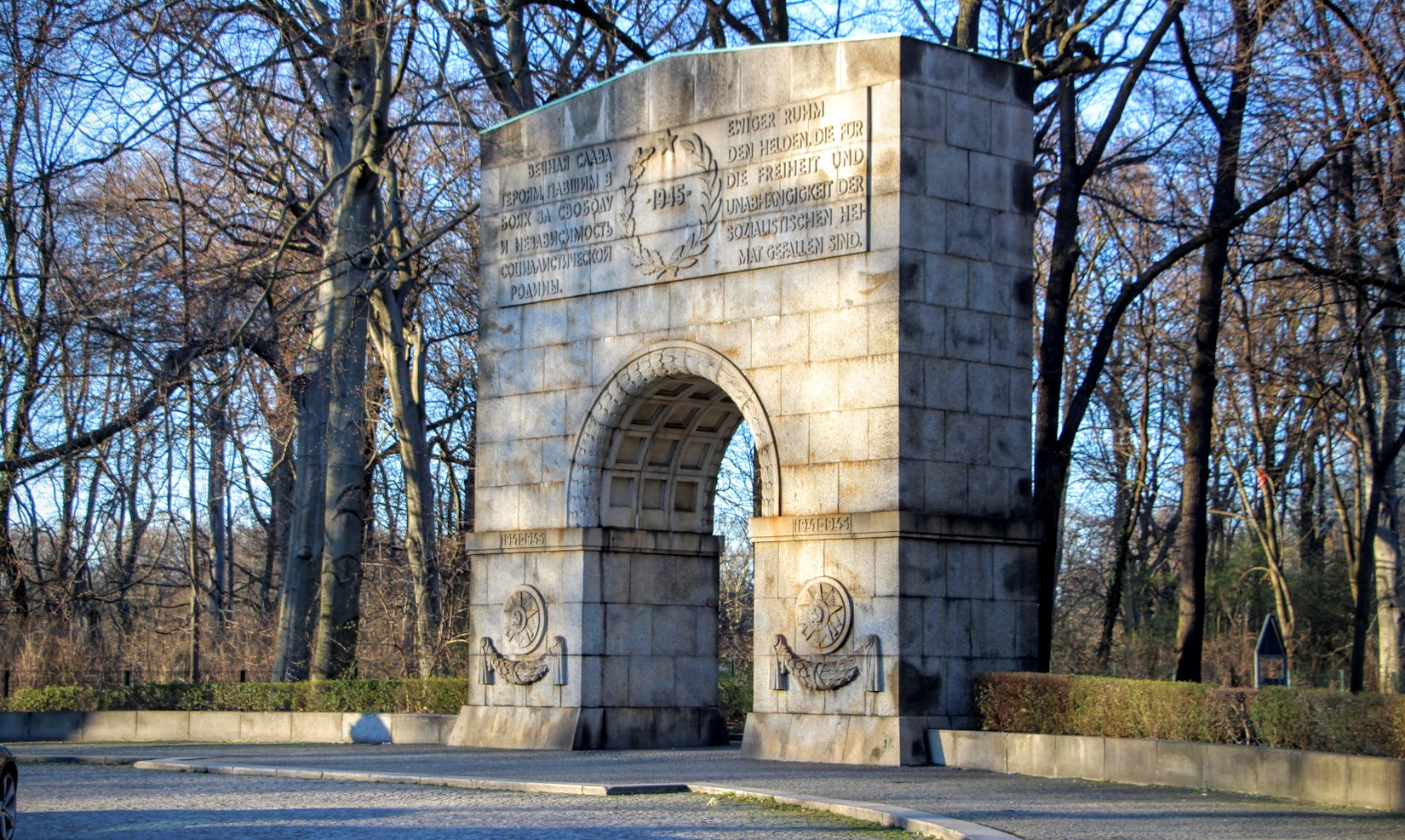 From an aerial vantage point, Viktoriapark might seem too small to be of much consequence. Oh how looks can be deceiving. What the park lacks in size it more than makes up for in other assets, most notable among these being the Kreuzberg Hill. Towering above an otherwise flat cityscape, the hill is adorned with the cast iron National Monument for the Liberation Wars and offers perhaps the best views of Berlin outside the Fernsehturm TV Tower.

To make a good thing even better, the city has added a manmade waterfall to the side of the hill, creating an oddly natural respite in the heart of the German capital. Top it all off with a glass of wine pressed from grapes grown on the hill itself (you read that correctly) and you have yourself a singularly unique park experience. 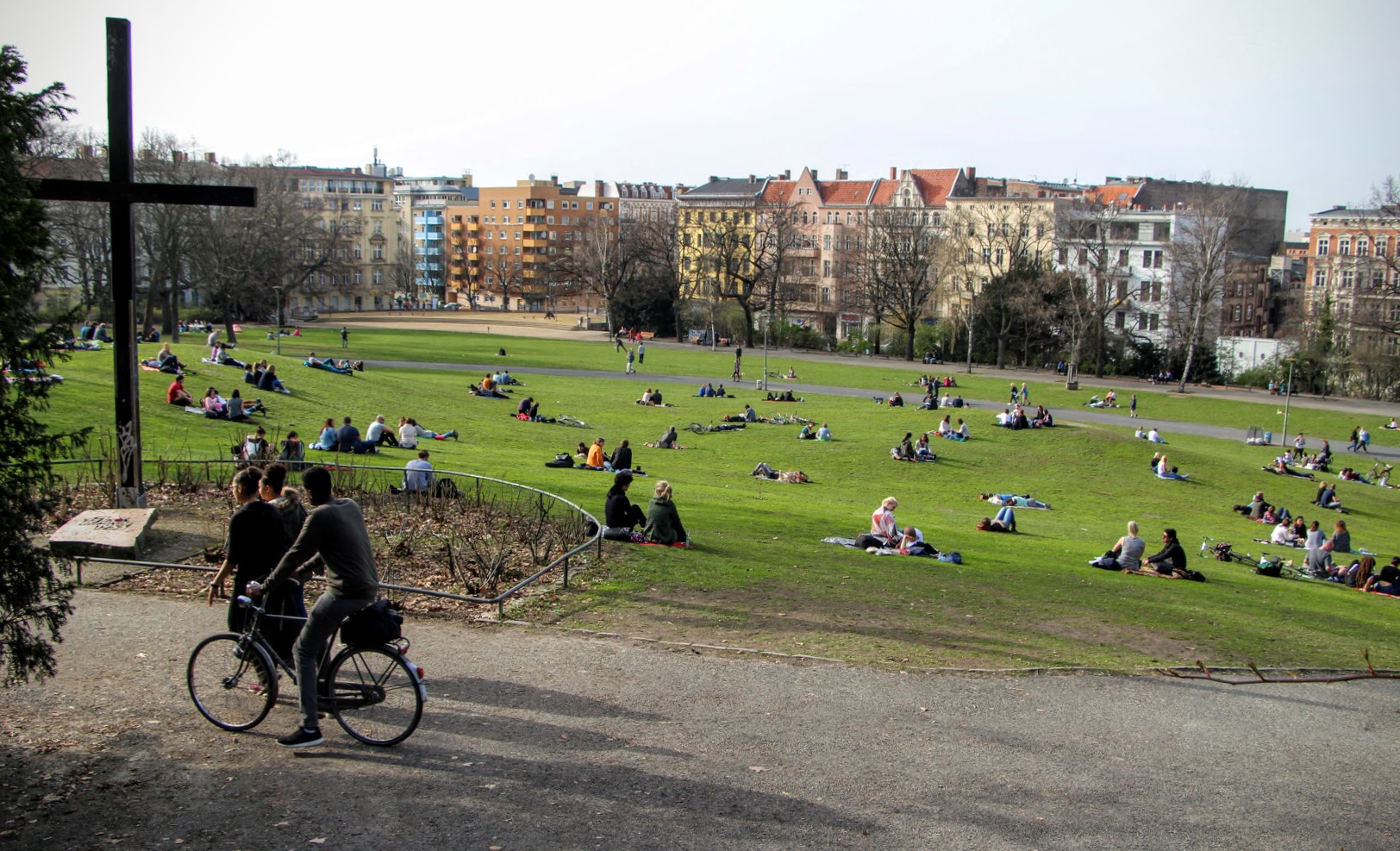 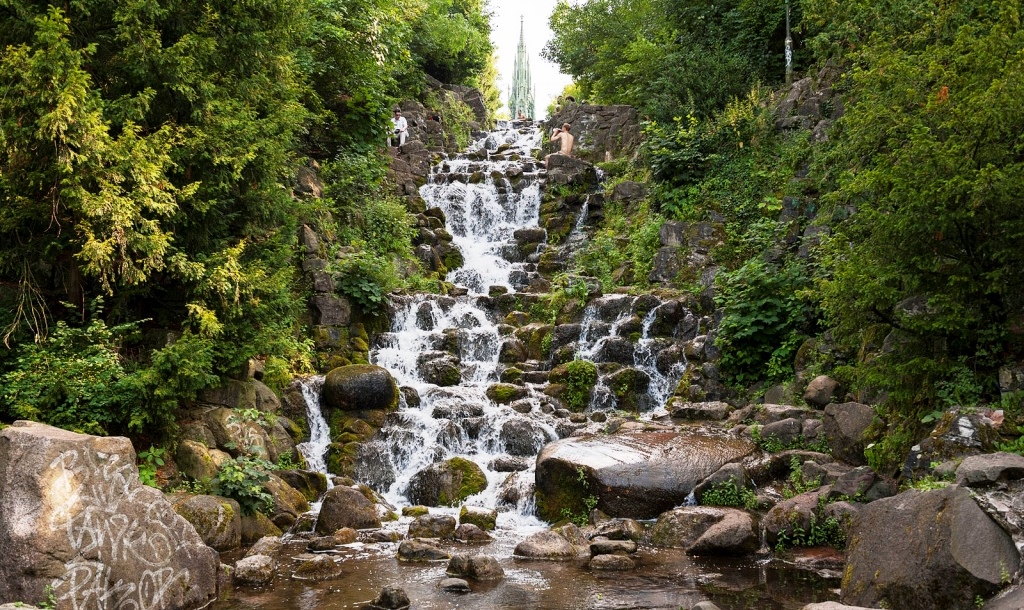 The former airport turned public park at Tempelhof is one of the few places on Earth where you’re free to pedal as fast as your legs can carry you down a perfectly flat 2-km tarmac. If that doesn’t pique your curiosity, we’re not sure what will.

Closed in 2008, the area has been reclaimed by Berlin and put to good use by city residents, offering a 6 km sports trail, picnic and BBQ areas, a dog park, and pretty much anything else you can imagine cramming into its 386 hectares. If you ask us, however, the simple experience of being surrounded by all that wide open space is worthy enough of a visit on its own. 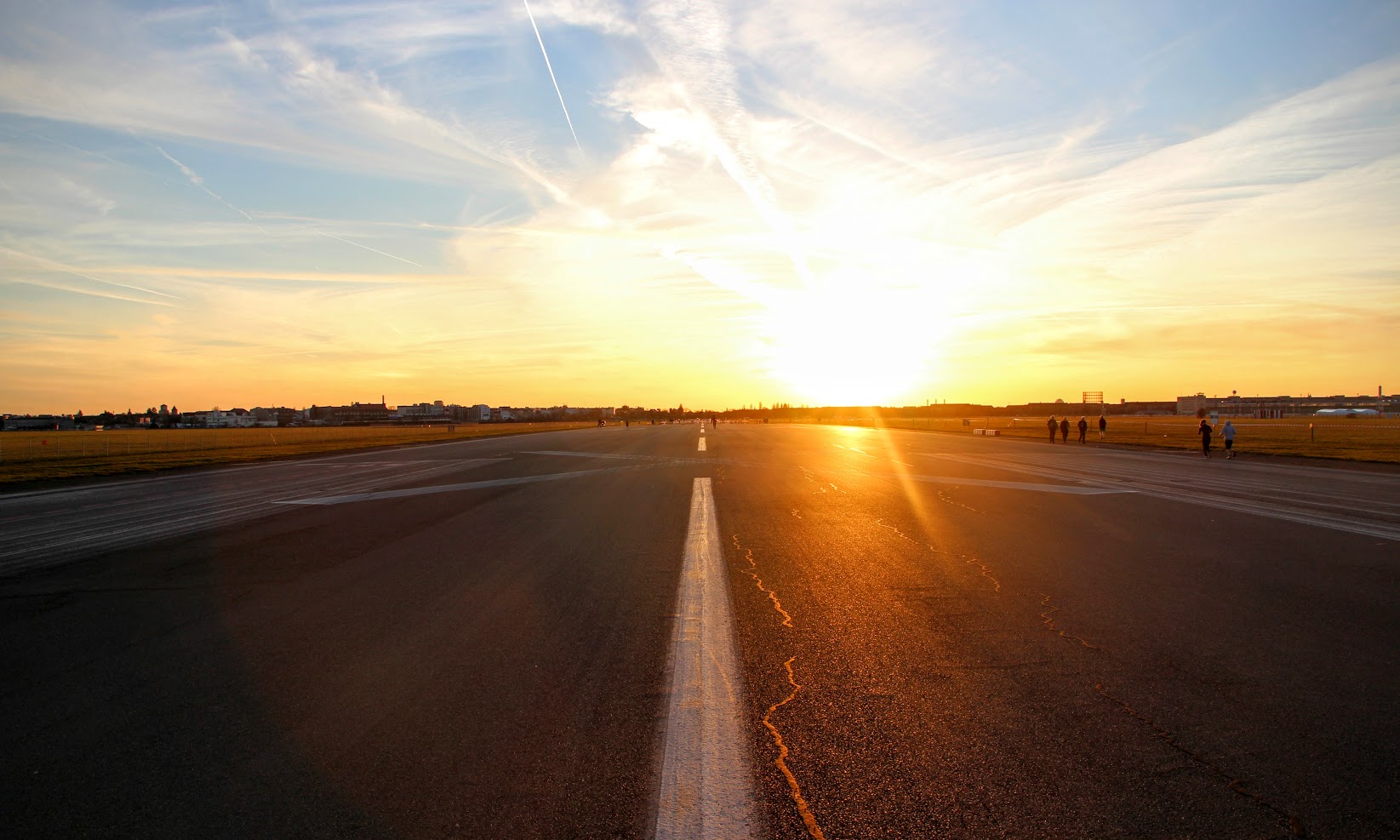 At 210 hectares, the Tiergarten is as large as it is beautiful, so it’s no wonder it’s also become the most visited urban park in Berlin. The heavily wooded area is dotted with beautiful open fields, English gardens, small streams and lakes, and capped off with the famed Siegessäule (Berlin Victory Column) at its center.

In terms of style and design, this is about as classic as urban parks get. There are several main traffic arteries that extend out from the Siegessäule, but otherwise it’s all walking and cycling paths as far as the eye can see. Give yourself enough time to explore and you may even stumble upon some hidden gems, including the waterfront Café am Neuen See beer garden. 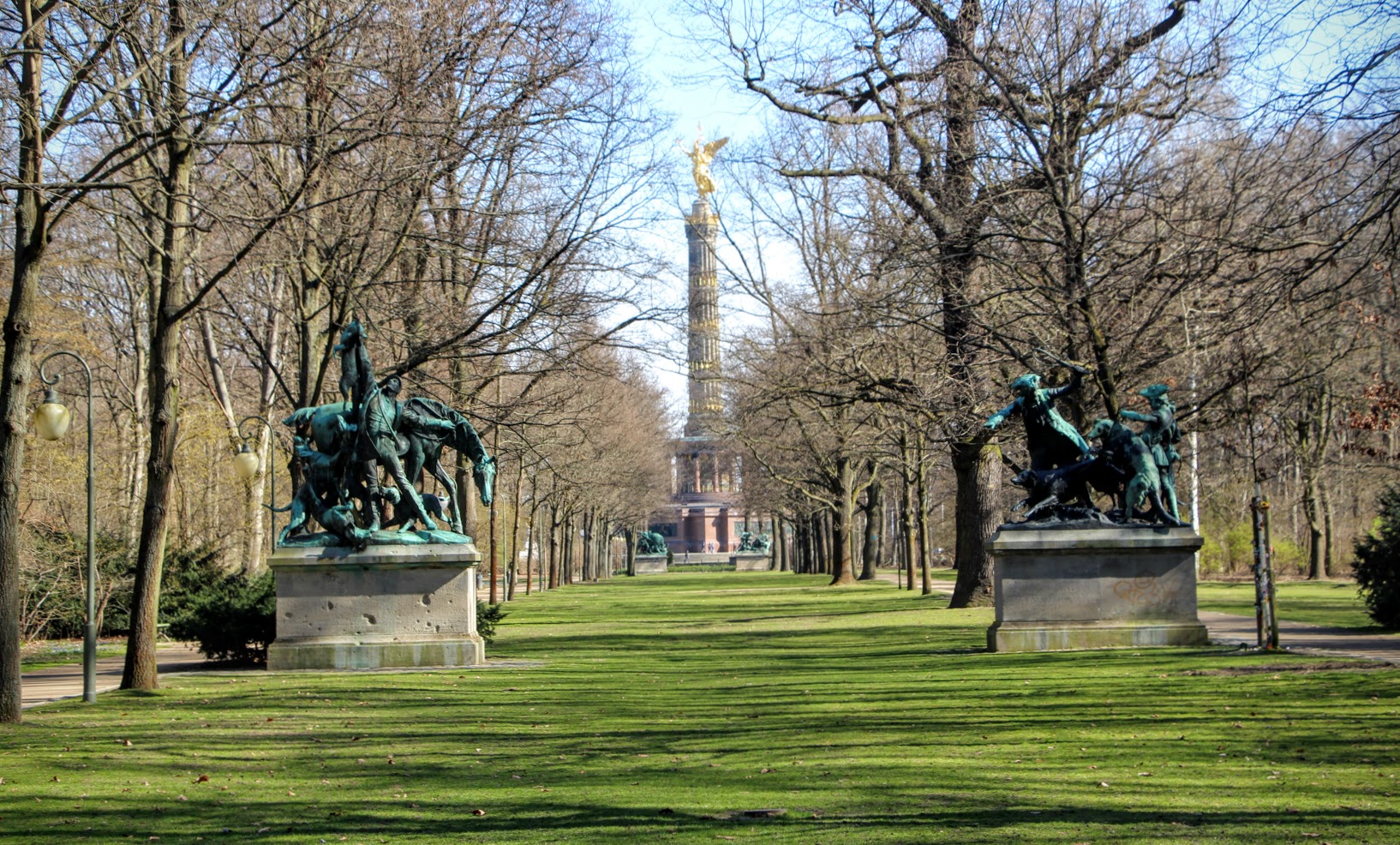 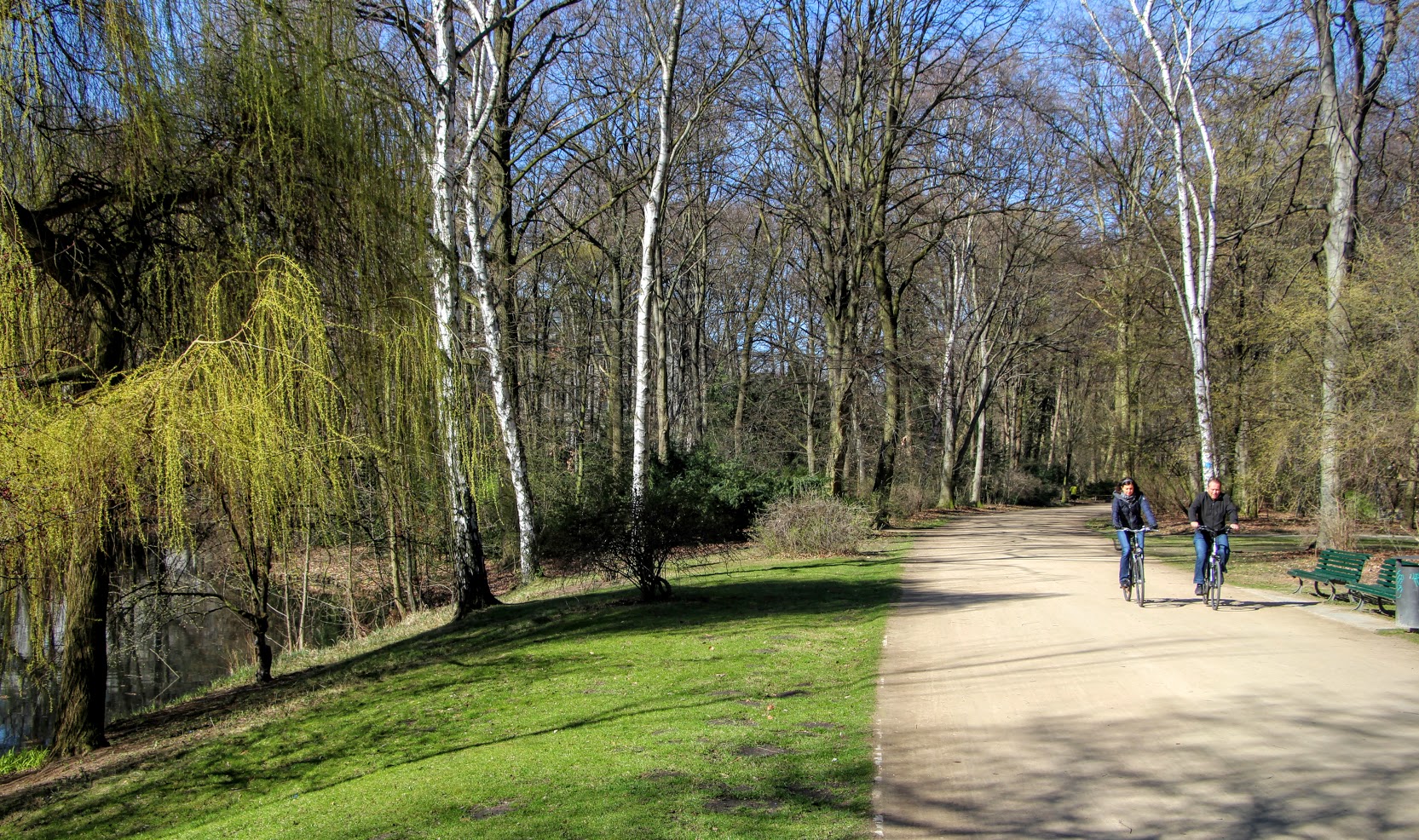 Those who know Berlin well might be slightly surprised to find Görlitzer on our list, with its slightly dodgy atmosphere and profusion of drug dealers circling around the perimeter. However, if you don’t mind your recreation with a hint of edginess, this is still one of the hippest parks in Berlin and absolutely worth checking out during the warm summer months.

Typically packed with young, alternative-minded Berliners strumming guitars and tossing frisbees, a ride through Görlitzer gives you a taste of one of the city’s most vibrant districts: Kreuzberg. Take a seat at the in-park cafe and bask in the endless people watching to be had, or head down to the circular center with a blanket to stretch out and take in the scenery. We can’t say we’d recommend coming here at night by yourself, but for an experience of local living with all its gritty beauty in tact this park is a must. 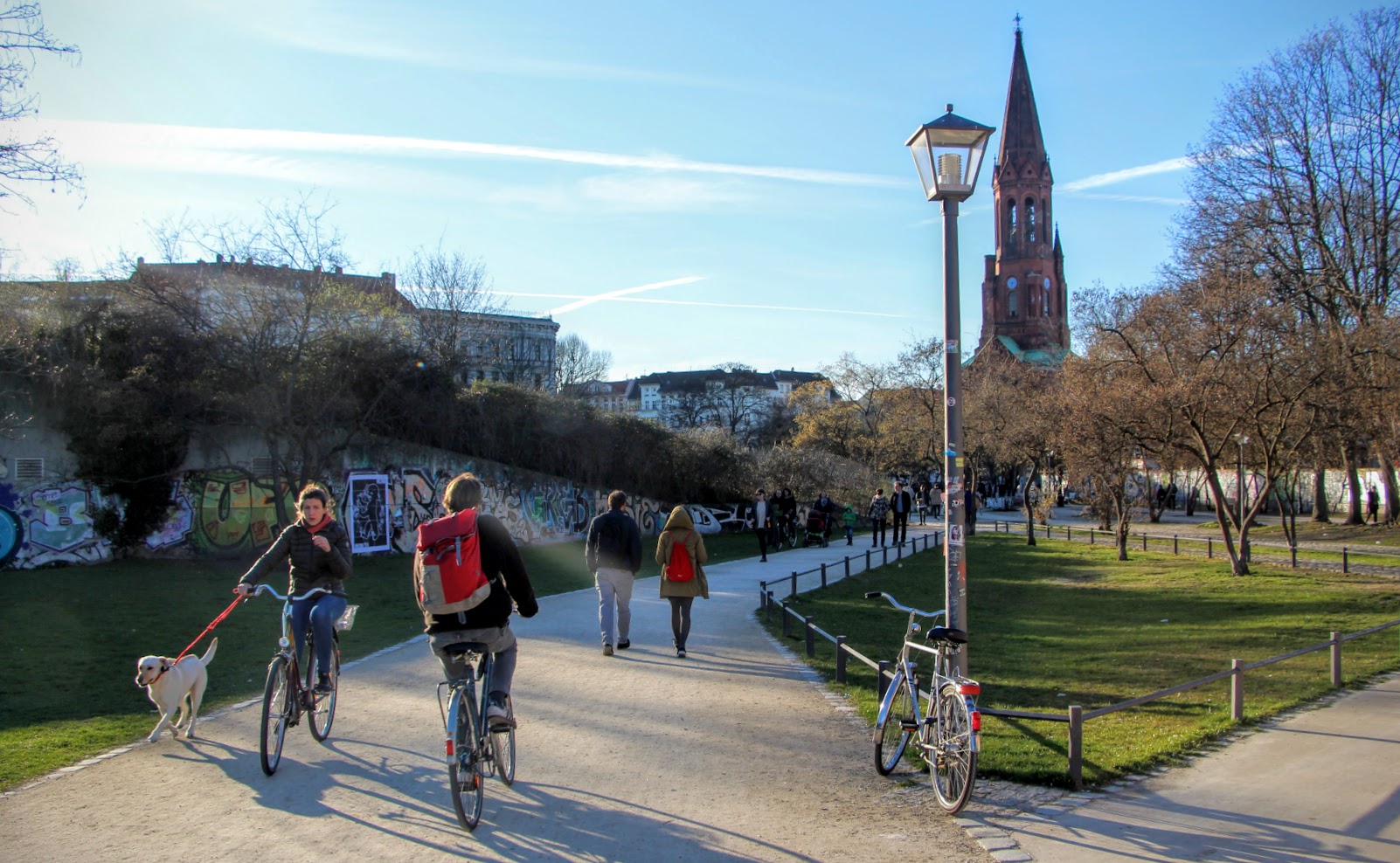 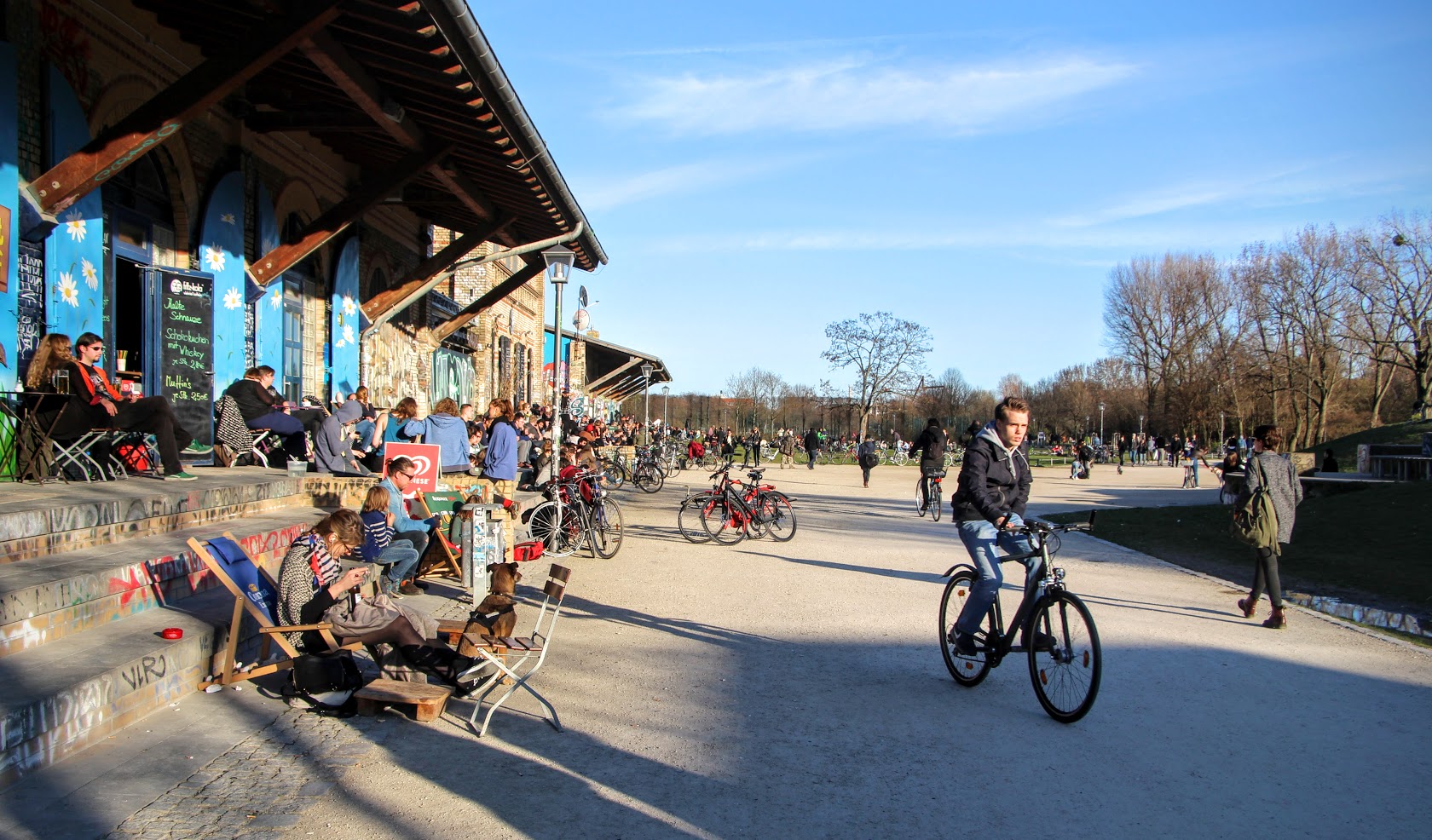