For such a modestly sized city, San Francisco certainly packs a wallop.

Every year, approximately 25 million visitors pile into its 47 square miles, attracted as much by the treasure trove of recognizable landmarks as by the distinctly liberal cultural attitudes. To put that in some perspective, New York City leads the nation with around 60 million annual tourists, and boasts more than six times the available space to house them all.

This combination of minimal area and myriad attractions bodes well for even the most casual of cycling enthusiasts looking to bike the Bay Area. Given the right itinerary and a little motivation, it’s entirely possible to cram a bulk of San Francisco’s most notable sights into a full day of city riding. 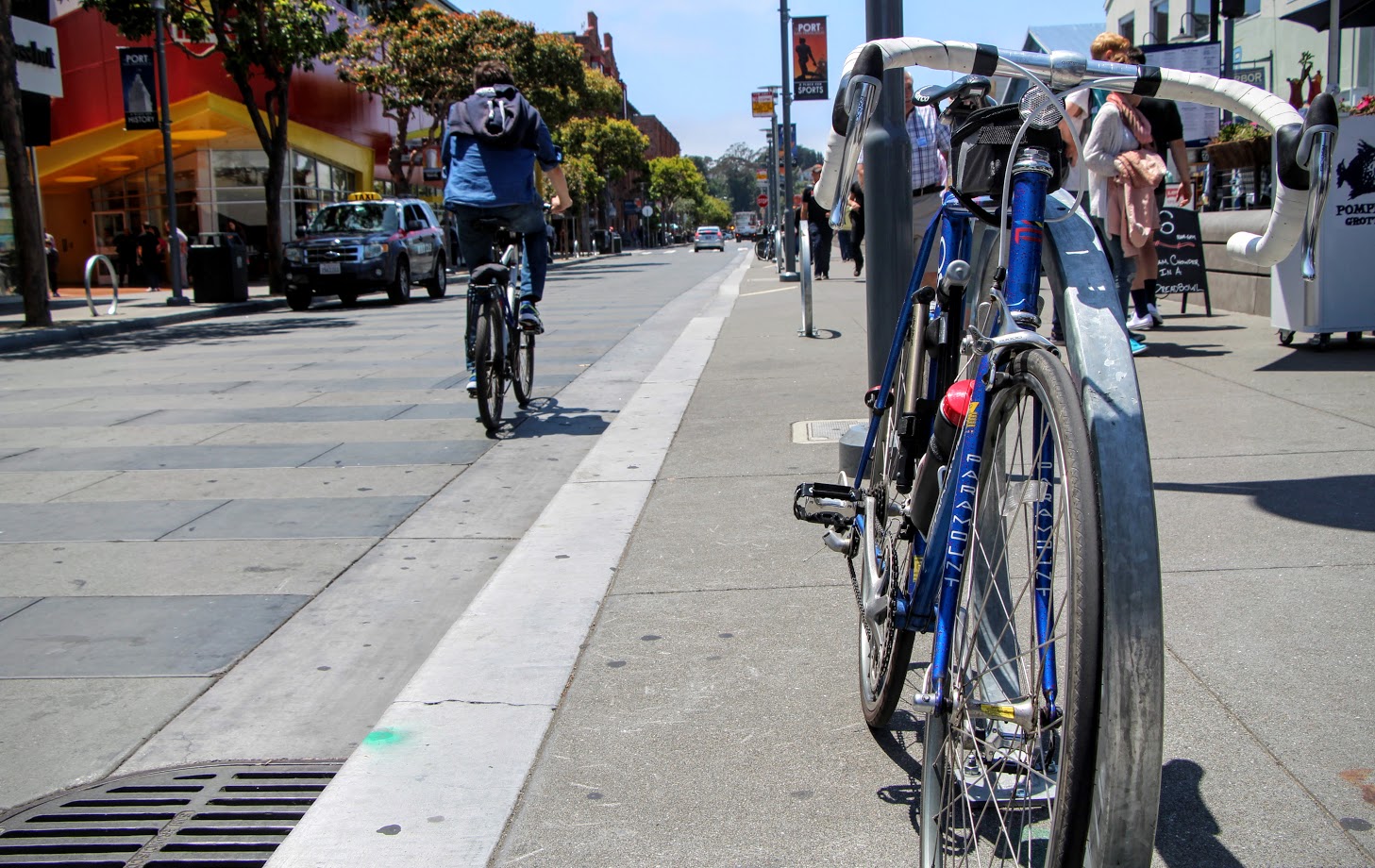 Sure there’s the occasional gargantuan incline to deal with, but what’s a reward without a little sweat-drenched effort preceding it, hm?

To help take the guesswork out of your journey, Spinlister has mapped out a ride to a few of San Francisco’s most iconic destinations, setting you up for an optional ride across the Golden Gate Bridge should you have some stamina left at the end. Take a minute to get acquainted with the route, then grab your rental bike and hit the road!

The most famous plaza in San Francisco earned its moniker in the 19th century, when Union Army supporters rallied here at the cusp of the American Civil War. These days, Union Square is more shopping and sightseeing than political soapboxing, although the Dewey Monument at its center pays homage to the men and women of the US Navy. Surrounded by hotels, restaurants, and countless shopping outlets from Macy’s to H&M, it’s not difficult to see why this has become one of the most bustling areas in the city. 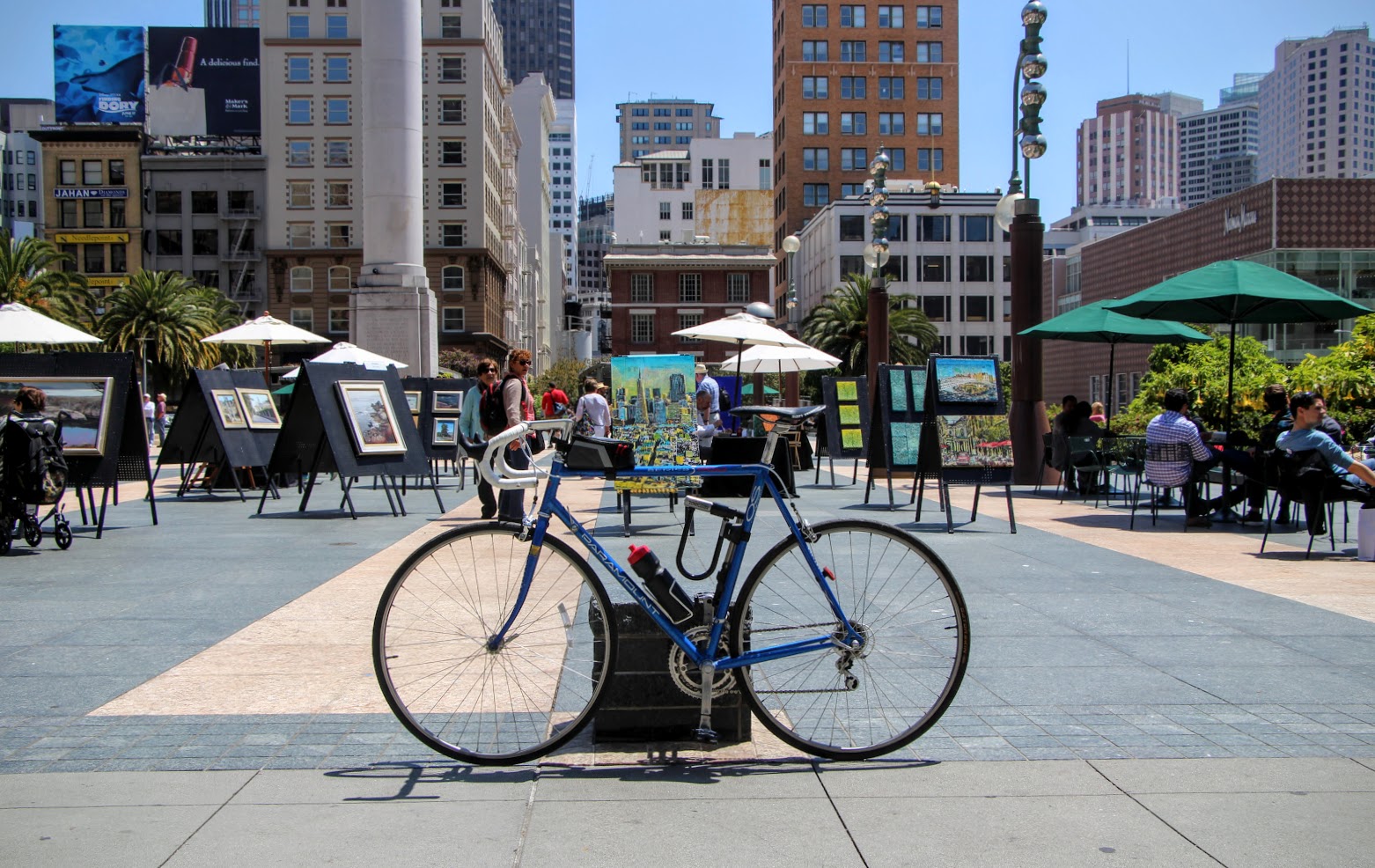 Due north of Union Square, San Francisco’s Chinatown constitutes both the first and largest Chinese community established outside of Asia. With over 1.3 square miles of shops, eateries, parks, and temples at your disposal, the opportunities for cultural exchange are nearly endless. Pedal beneath the Dragon’s Gate on Grant Ave to get your tour started, then take your time exploring an attraction that welcomes more visitors per year than the Golden Gate Bridge. 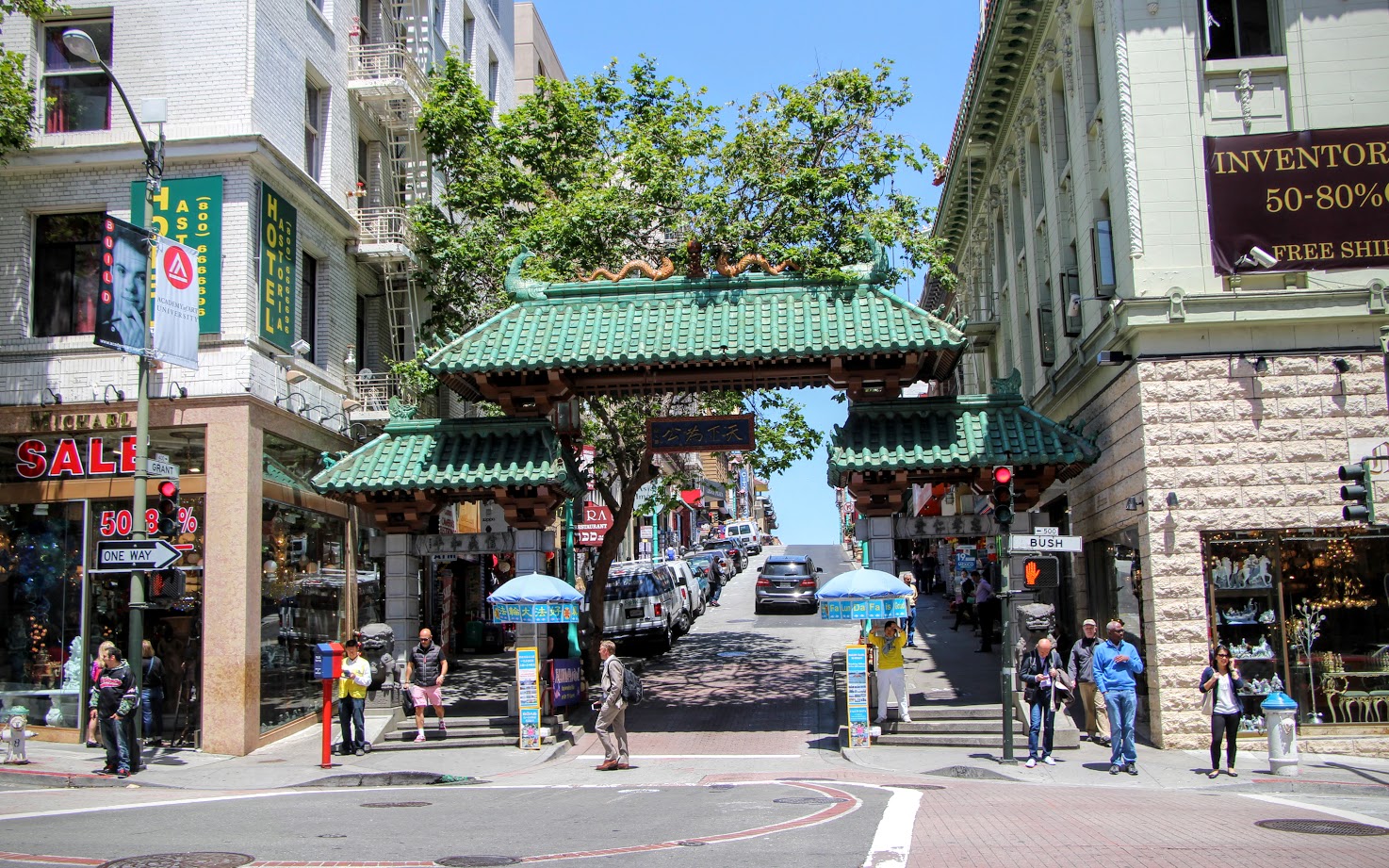 Although Lombard Street stretches for nearly 3 miles from Presidio to Embarcadero, there’s really only one block you’ll want to visit: Russian Hill. This famed 600 ft (180 m) section consists of eight sharp switchbacks carved along a 27% incline between Hyde and Leavenworth Streets. It’s touted to be the crookedest roadway in the world, which accounts for the 5 mph speed limit sign you’ll encounter should you decide to hoof it all the way to the top.

A word to the wise: there’s no easy way to make it here by bike. Coming up Lombard from Chinatown, you’ll be faced with likely the steepest cycling you’ve experienced in a long time. Be safe, and know there’s no shame in walking your ride up. 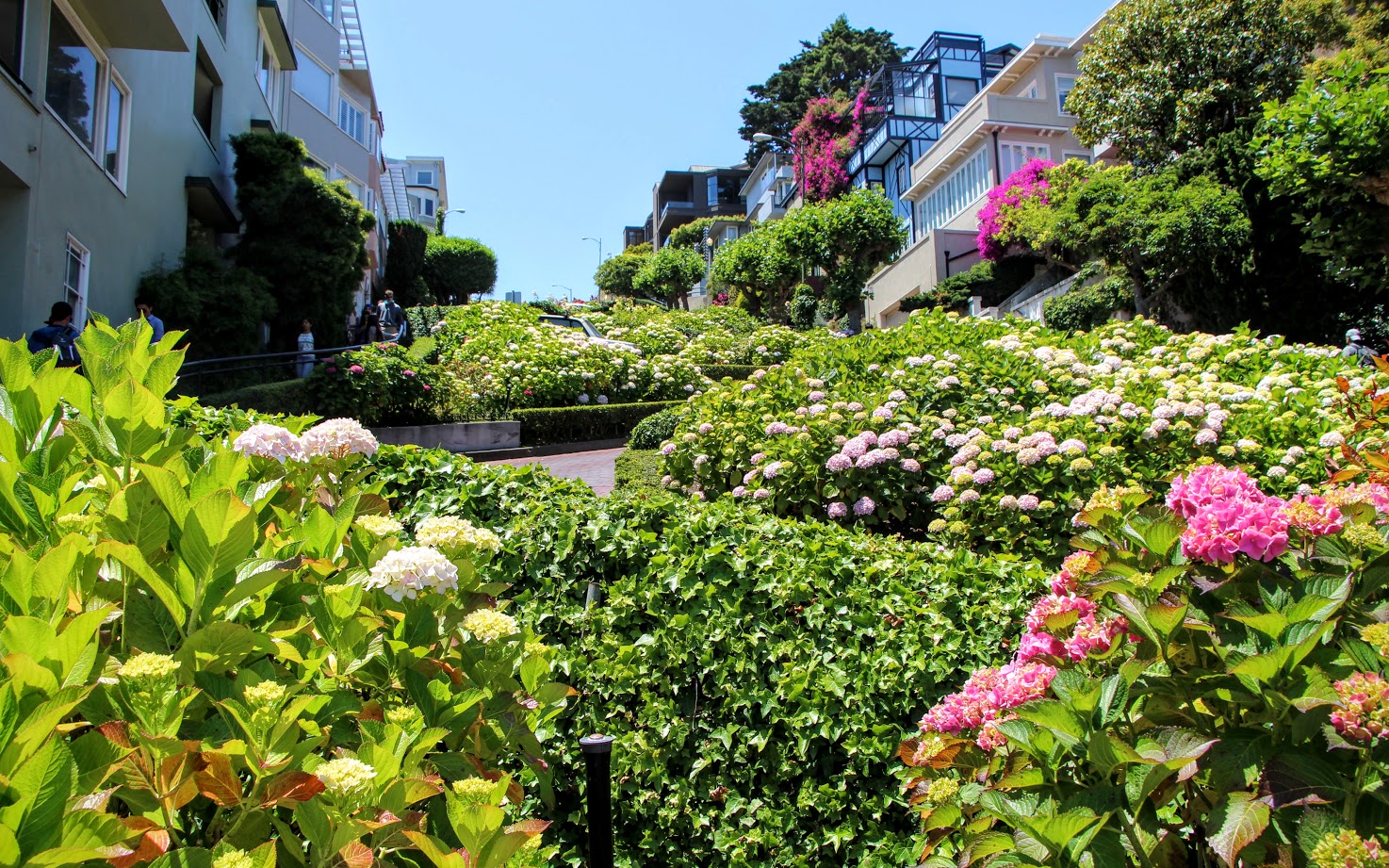 If you’re a first-time visitor to San Francisco, there really is no avoiding Fisherman’s Wharf. Yes, you’re going to feel like an out of towner. Yes, prices can be more than a little inflated (and in this city, that’s saying something). However, seeing as this waterfront neighborhood is home to some of the biggest attractions in the city including Ghirardelli Square and Pier 39, you may as well dismount, grab some Dungeness crab, and embrace your inner tourist for an afternoon. 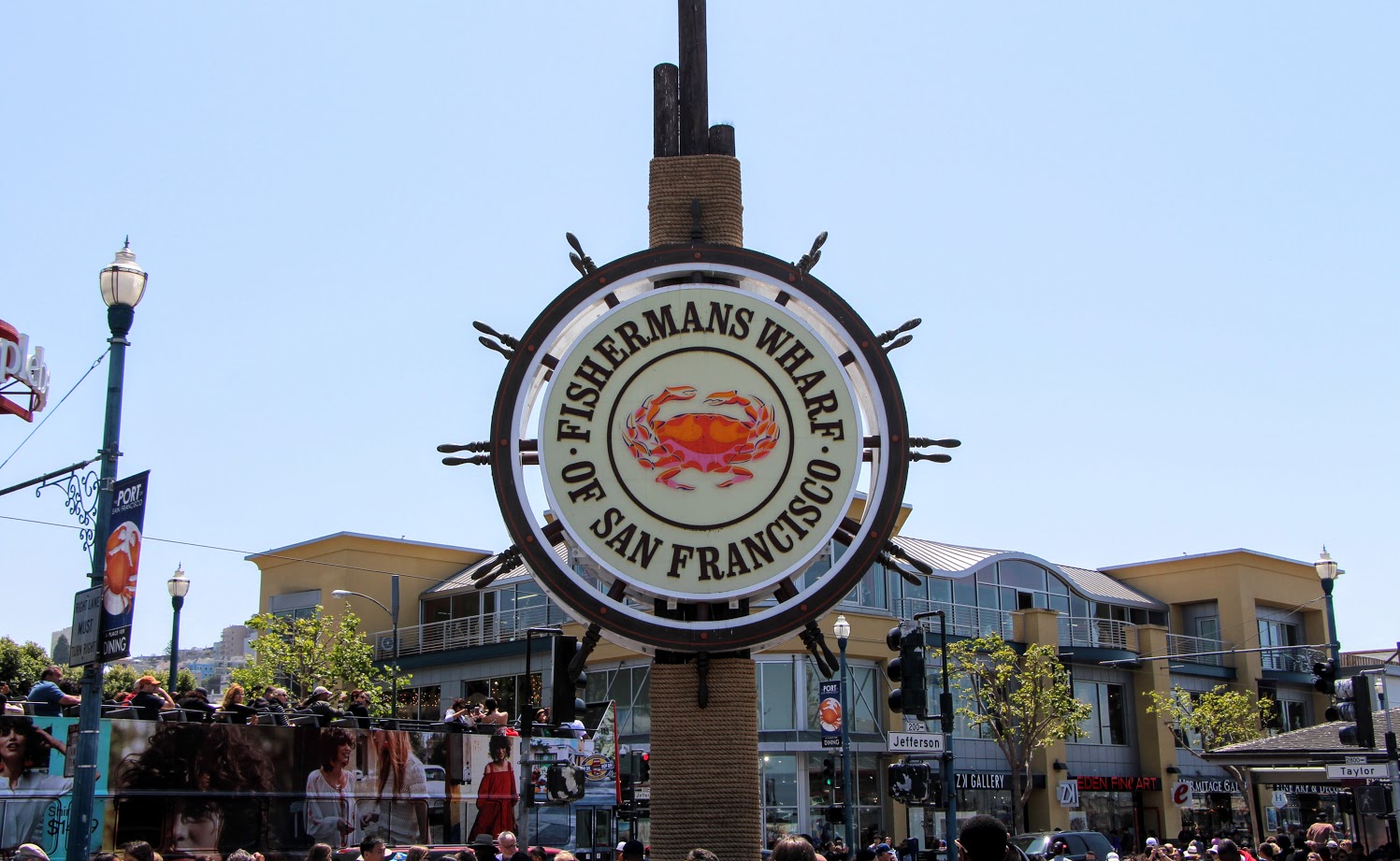 One of the only surviving remnants of San Francisco’s 1915 World’s Fair, the Palace of Fine Arts Theatre is a massive, beautiful structure located in the city’s northern Marina District. It was designed by American architect Bernard Maybeck, and completely rebuilt in the 1960’s to help repair decades of vandalism and damage. Even if you’re not planning on catching a show or an exhibition, the views from the surrounding park and lagoon are impressive enough to warrant a visit on their own merits. 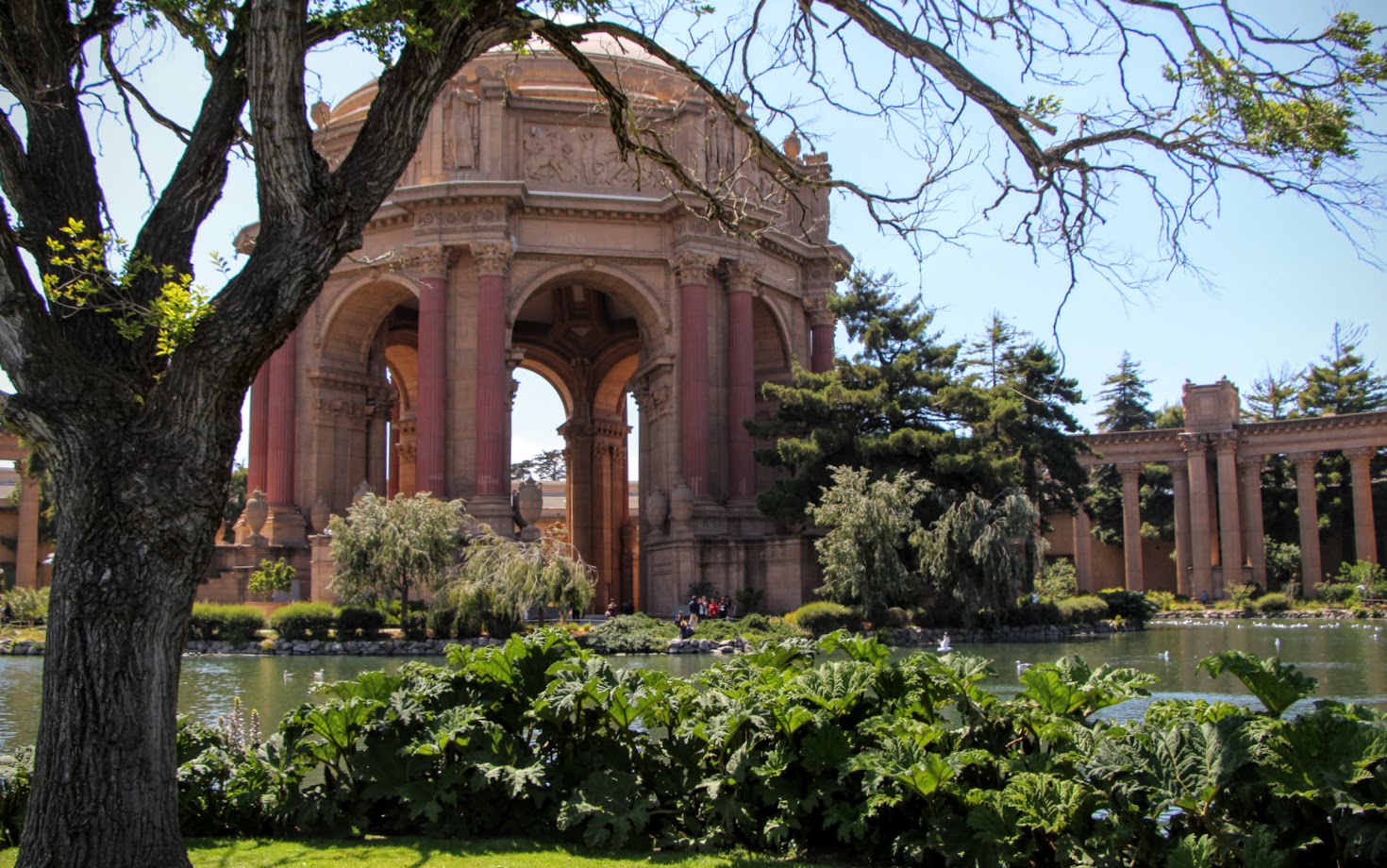 John Wachunas
John Wachunas directs content development and social media marketing at Spinlister. He is an avid traveler and published travel writer, as well as a co-founder and former content director at Embark.org.
Previous Post Twin Peaks San Francisco: A Bike Ride To The Best View In Central SF Next Post Embarcadero SF: A Bike Ride Along The San Francisco Bay Trail