We should preempt this article with an important point: alcohol impairs judgement, coordination, and a host of other faculties that are critically important to cycling. Biking while under the influence of alcohol can be dangerous and, in just about every case, is against the law if performed over the legal limit.

Please, should you choose to taste any of the delicious micro brews you’ll have the opportunity to pick up along your ride, do so responsibly and know your limits. With brewery tours, growler fill ups, 3 oz samples, and retail sales available, it’s 100% possible to take and enjoy this tour without endangering anyone’s wellbeing, including your own.

Did you know that, by the closing decades of the 19th century, New York State was producing more hops than any other region on Earth? It’s true. Most of the harvest was then shipped down to the nearby Big Apple, which is why this booming metropolis of immigrants and ingredients was once crowned the beer capital of the U.S. 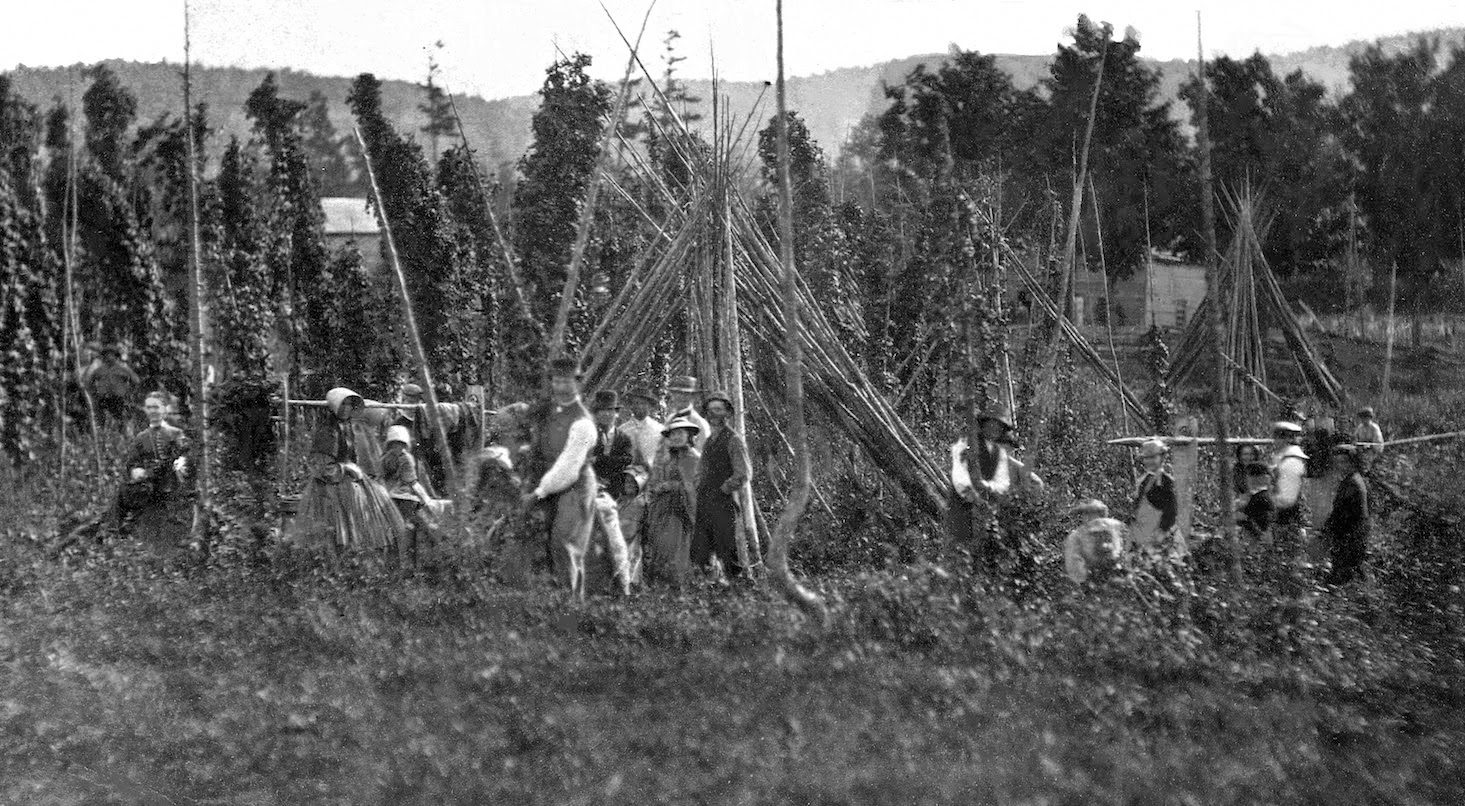 A few mildew plagues and a bout of prohibition later, however, and the industry nearly went extinct. Until now.

The 21st century resurgence of hops farming in New York has helped to usher in a renaissance of craft beer production, and nowhere is that more visible than right here in Brooklyn. Neighborhoods like Red Hook, rich in factory space but light on rental fees, have become a breeding ground for brewmasters looking to make their mark on the most visited city in the Americas. 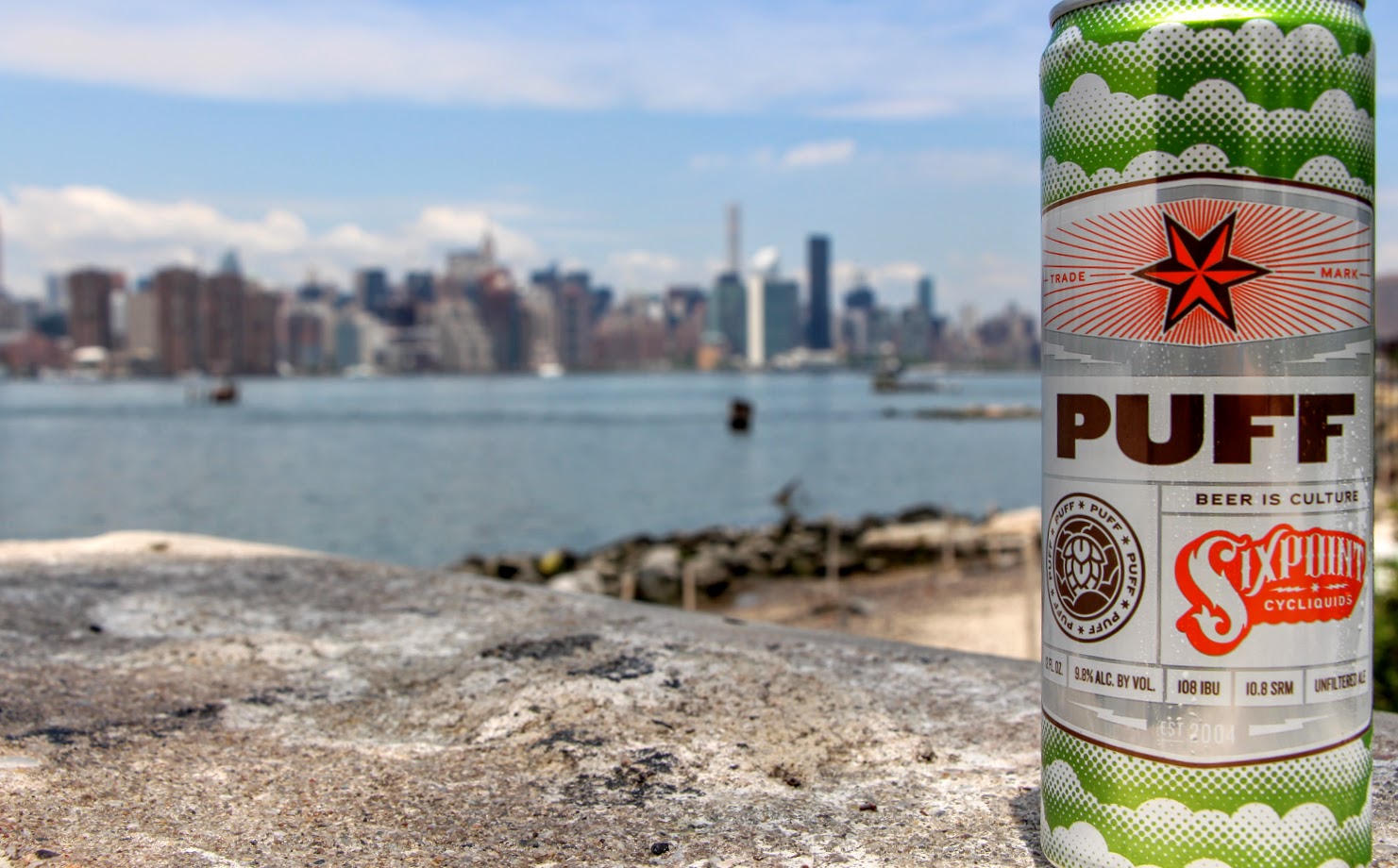 So we figured, what better reason to hop on a rental bike and explore the borough? Not only will you get an insider’s look at the microbrewing industry in New York, but you’ll also get to pick up a few expertly concocted bottles to sample once the ride’s over, straight from the source.

Check out our map and guide below, then grab your ID and a book bag and get riding.

Since 2004, the beer lovers at Sixpoint Brewery have been making a name for themselves creating some of the most celebrated beers in the five boroughs. From year-round favorites like the Bengali IPA to seasonal “cycliquids” with names like Puff and Tesla, their selection is as extensive as it is delicious. Unfortunately, the self-described “Mad Scientists” don’t (yet) have a tasting room of their own, but they’re more than happy to talk beer with you should you stop by. They’ll also point out the best place to pick up a few cans nearby. 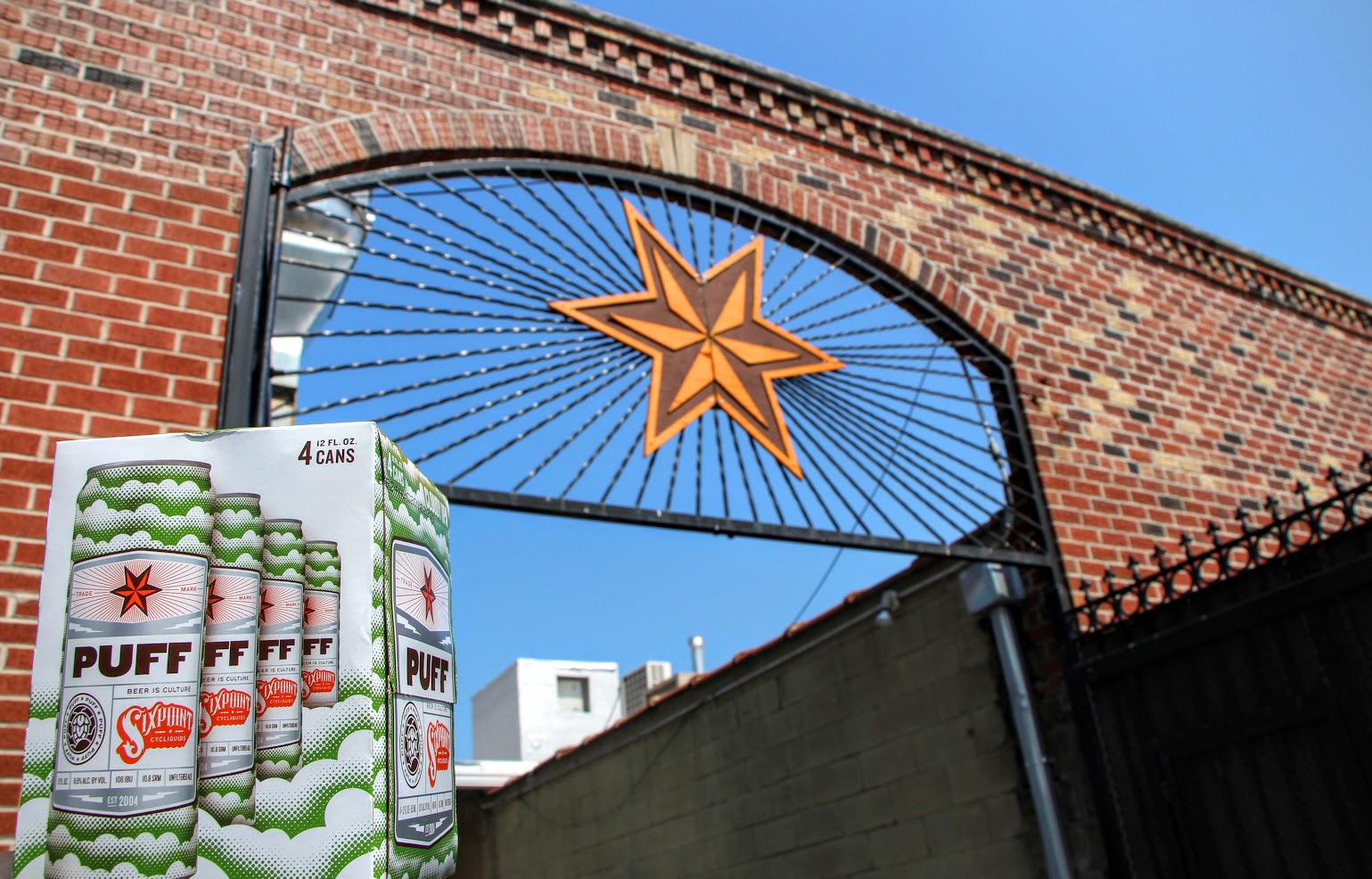 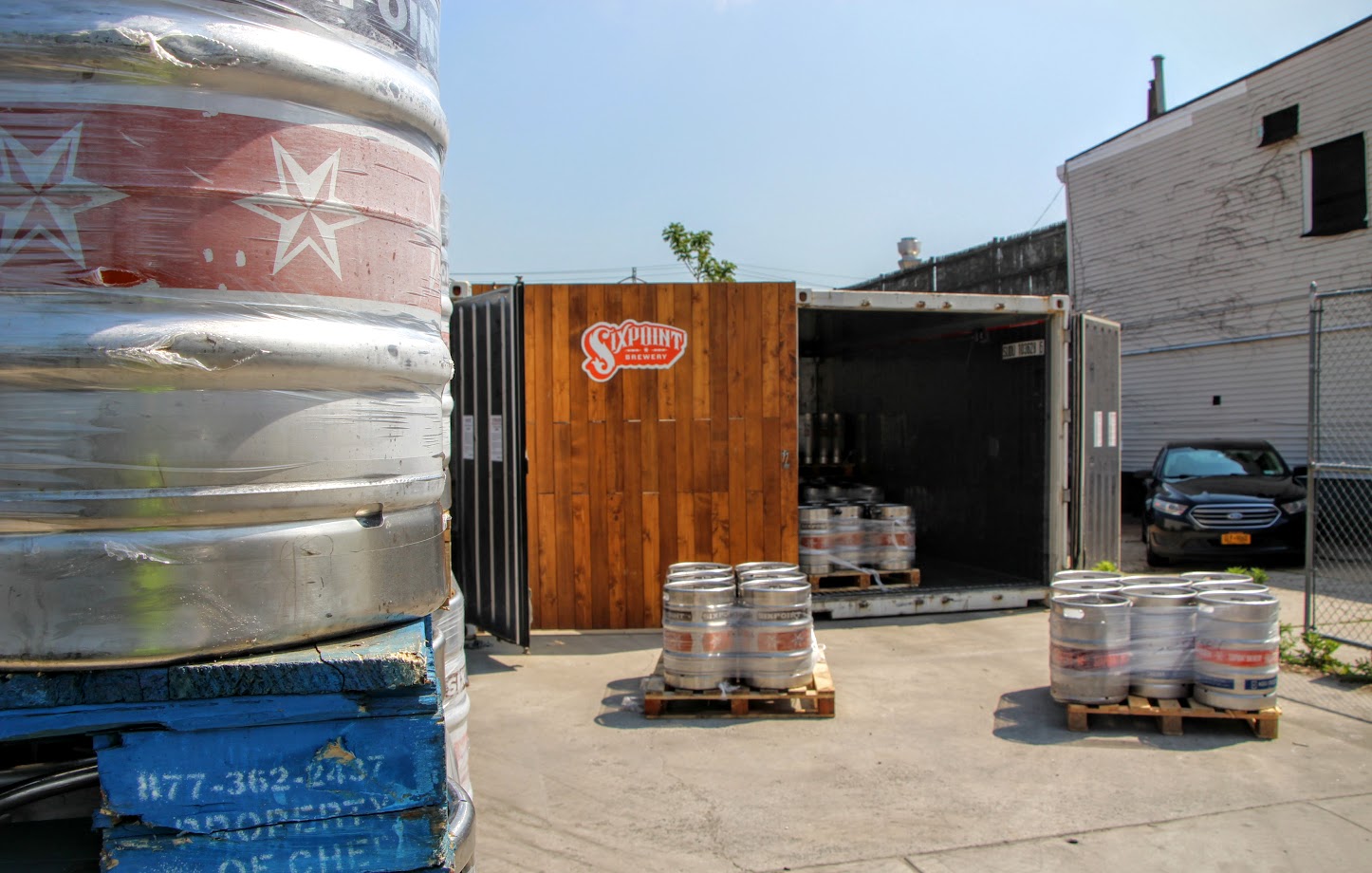 OTHER HALF BREWING COMPANY

A relative newcomer to the Brooklyn brewing scene, Other Half Brew Co. set up their Carroll Gardens-based operation in 2014 and haven’t looked back. Guided by the steady hands and creative minds of founders Matt Monahan and Samuel Richardson, this unassuming brewery churns out some of the most talked-about beers in New York, including a series of flavorful, hoppy IPAs like Citra and Mosaic. Stop by their tasting room for growler fill ups and more goodies, or better yet schedule an appointment for a full-on tour of the brewshop. 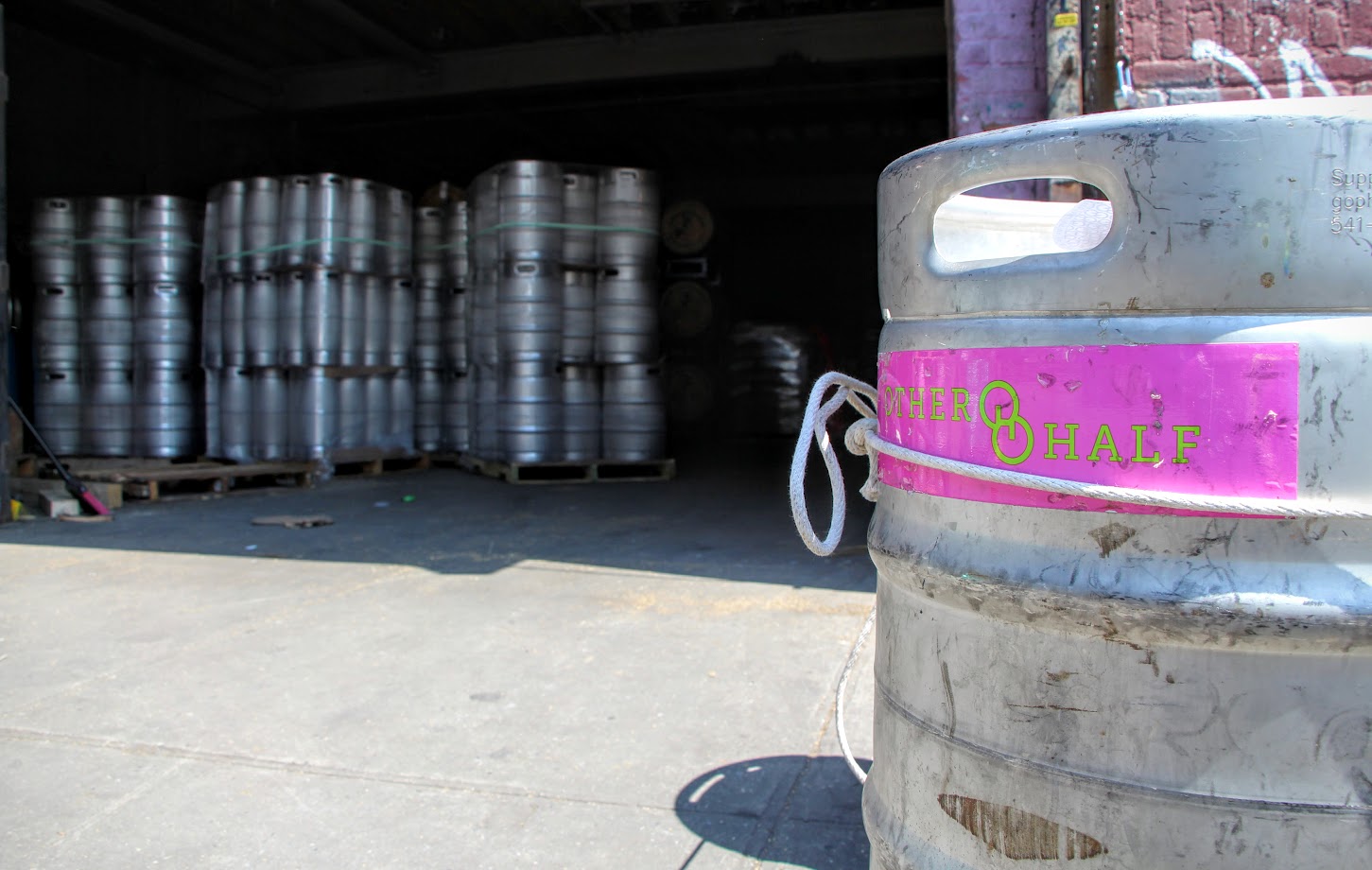 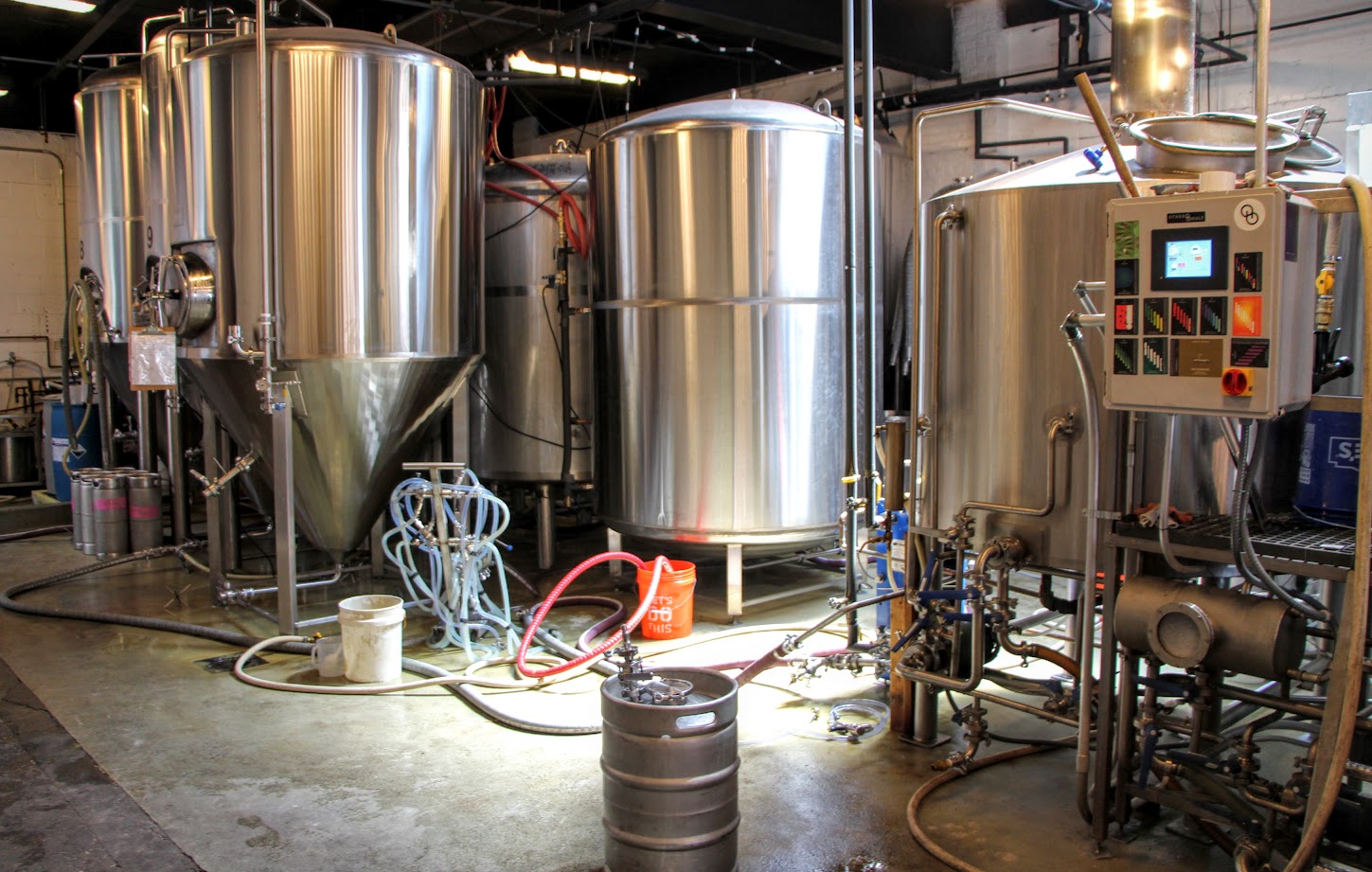 Strong Rope Brewery is like the friend’s basement beer bar you’ve always dreamed of. Founded by award-winning homebrewer Jason Sahler, the ambiance is warm and inviting, with a selection of delicious classic and seasonal pub-ales to sample or fill up in a growler for later. The brewery is big on sustainability too, so you can rest easy knowing everything you buy, from merchandise to liquid courage, has been crafted with fresh and fairly procured ingredients. Strong Rope’s tasting room has become a neighborhood staple in Gowanus, so expect a crowd on weekends. 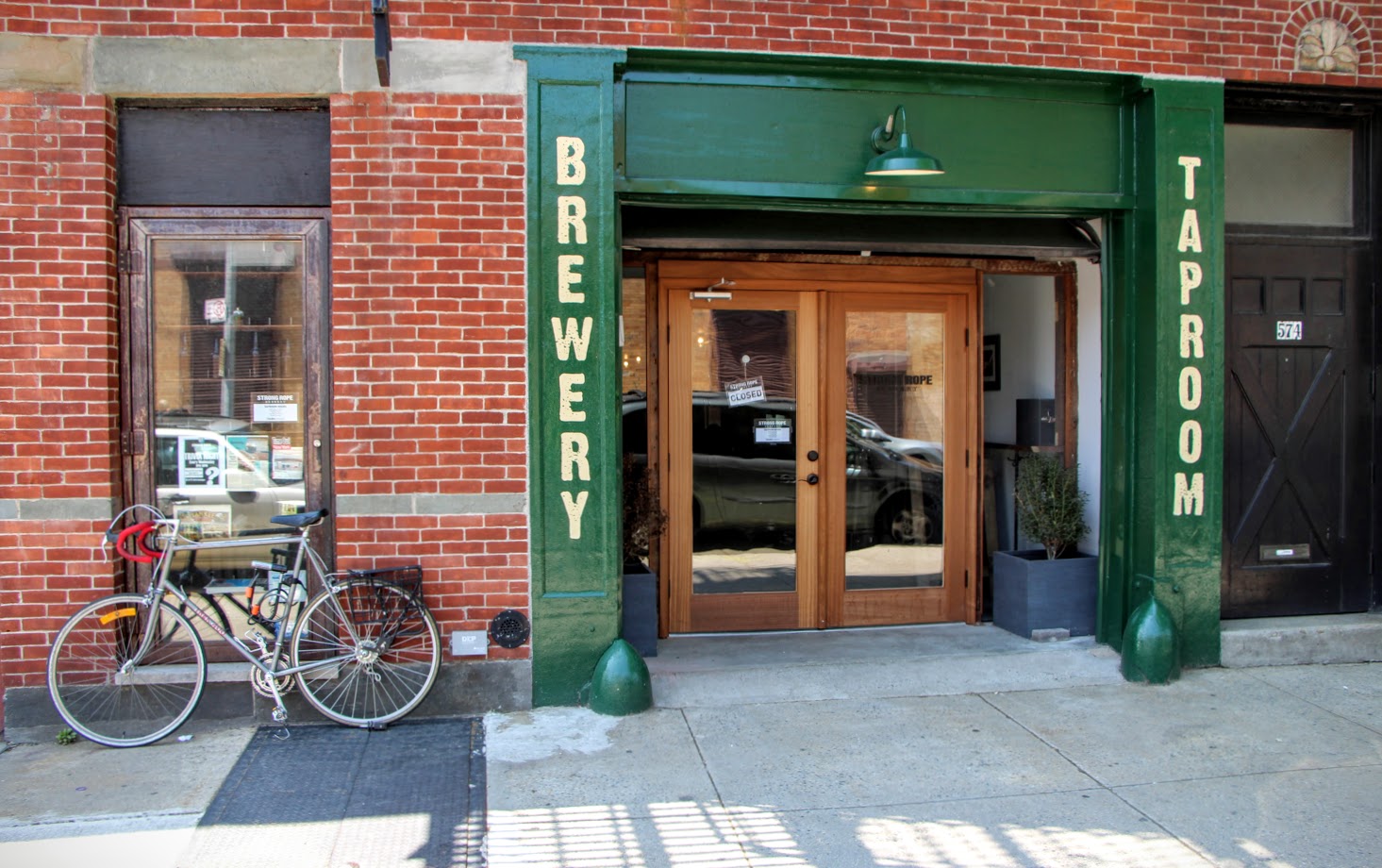 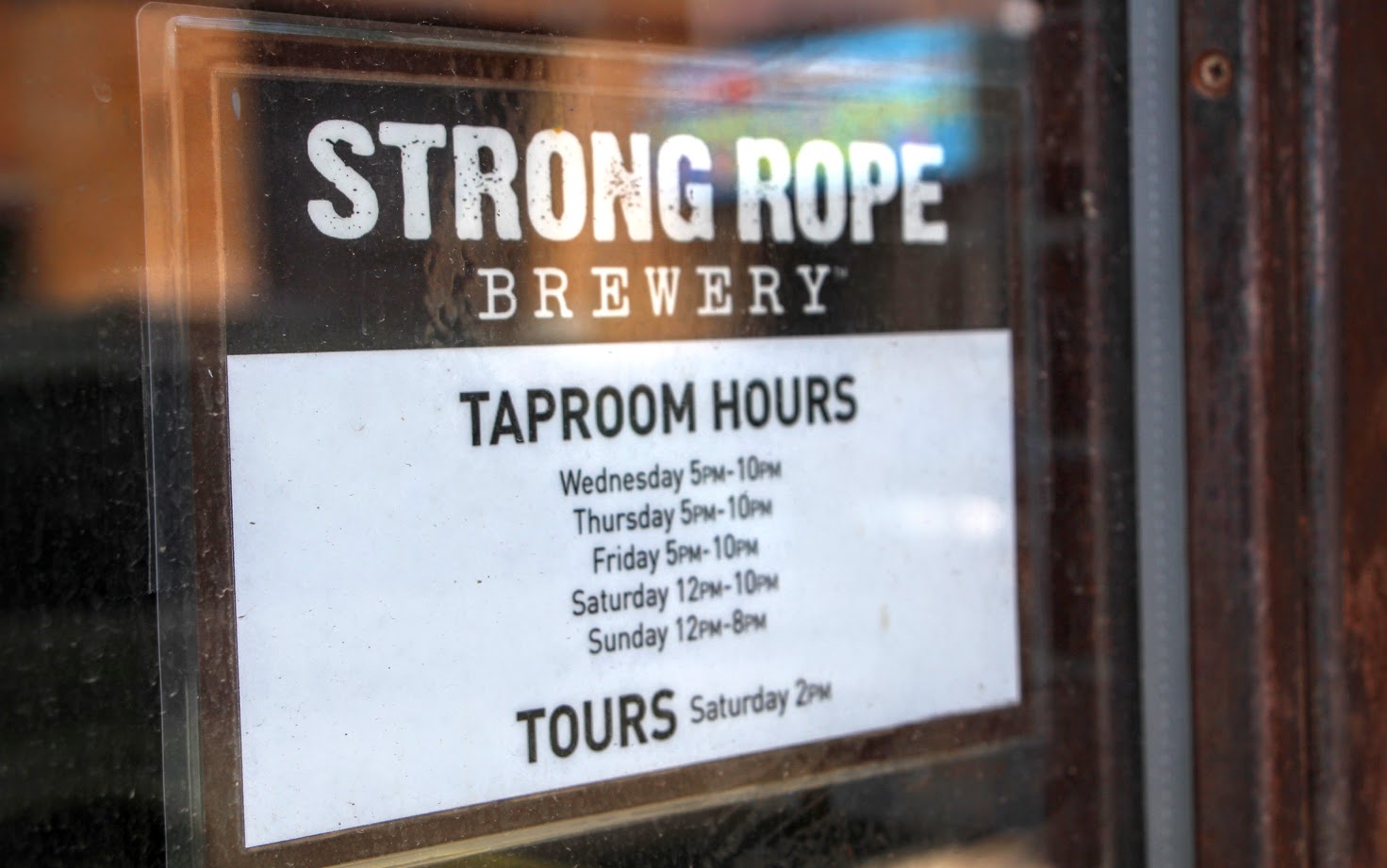 You might not expect a brick warehouse filled with aging beer barrels to make the best spot for a taproom, and yet that’s exactly what makes KelSo in Clinton Hill such a treat. Aside from the delicious microbrews, that is. Created in 2006 by husband and wife duo Kelly Taylor and Sonya Giacobbe, there’s nothing overly complicated about the equation here: 5 year-rounds and 5 seasonal options crafted from fresh, hand selected ingredients. KelSo’s beers are unintimidating and flavorful, and there’s nothing they love more than meeting new friends to share them with. 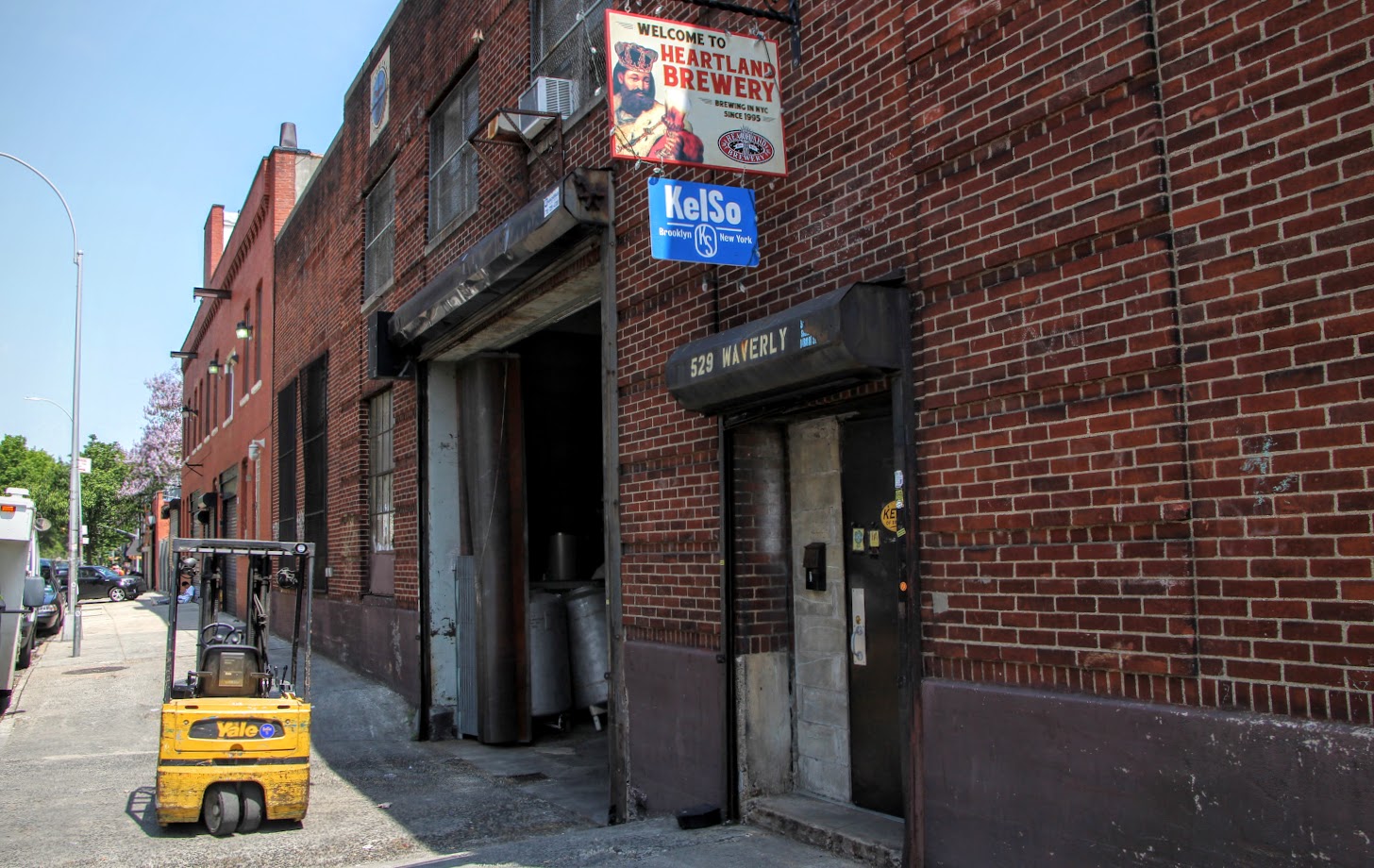 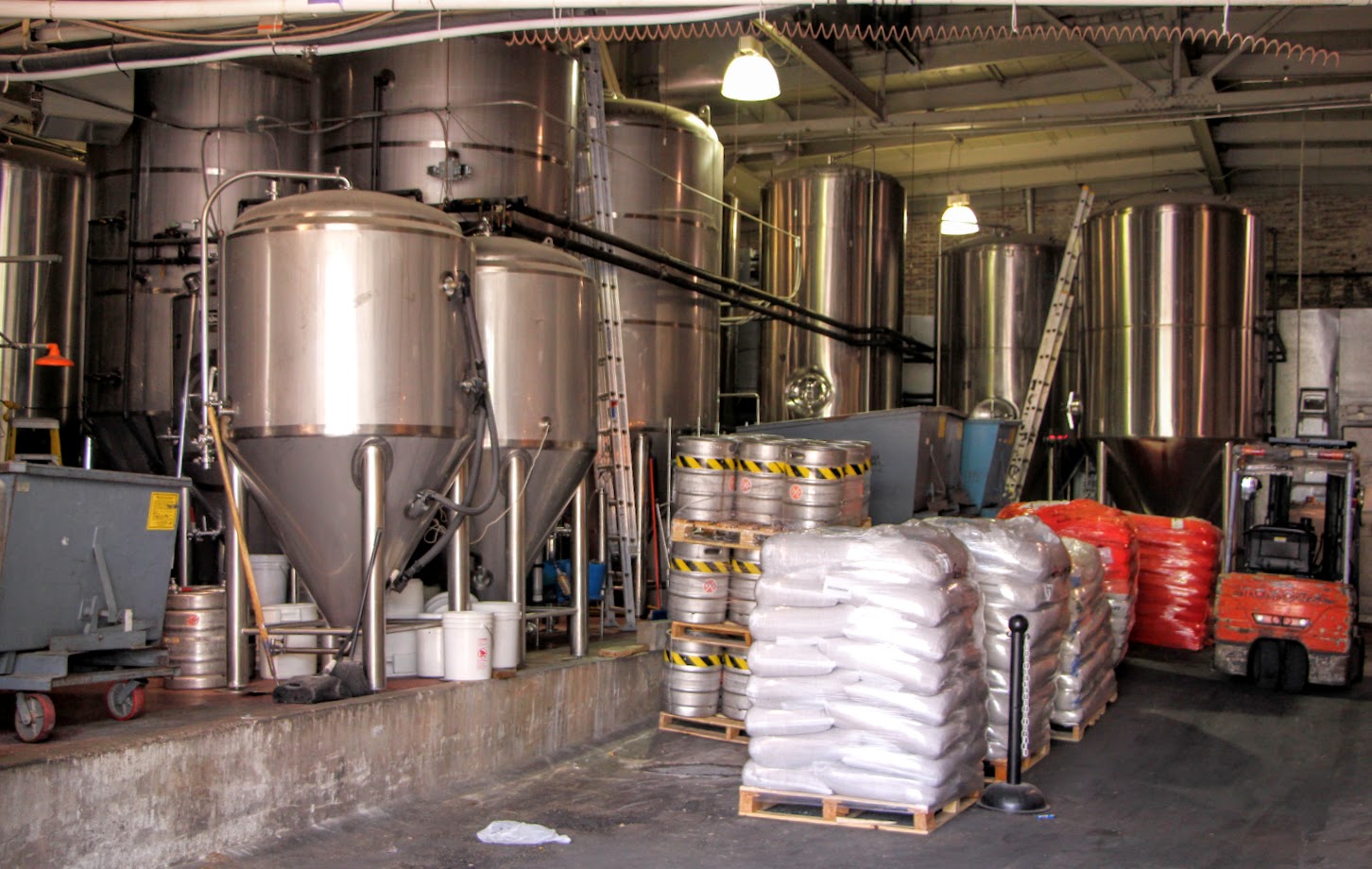 Former Middle East AP correspondent Steve Hindy helped lead the microbrew revolution in New York back in 1988, when he helped found Williamsburg’s flagship brewery with neighbor Tom Potter. Almost 30 years later, Brooklyn Brewery is recognized as one of the most prolific craft beer distributors in the US, and is easily one of the most enjoyable beer-themed experiences you can have in Brooklyn. It’s almost impossible to avoid crowds, but that’s part of the fun. Park your bike, make some new friends, and finish off your tour of the borough at the brewery that started it all. 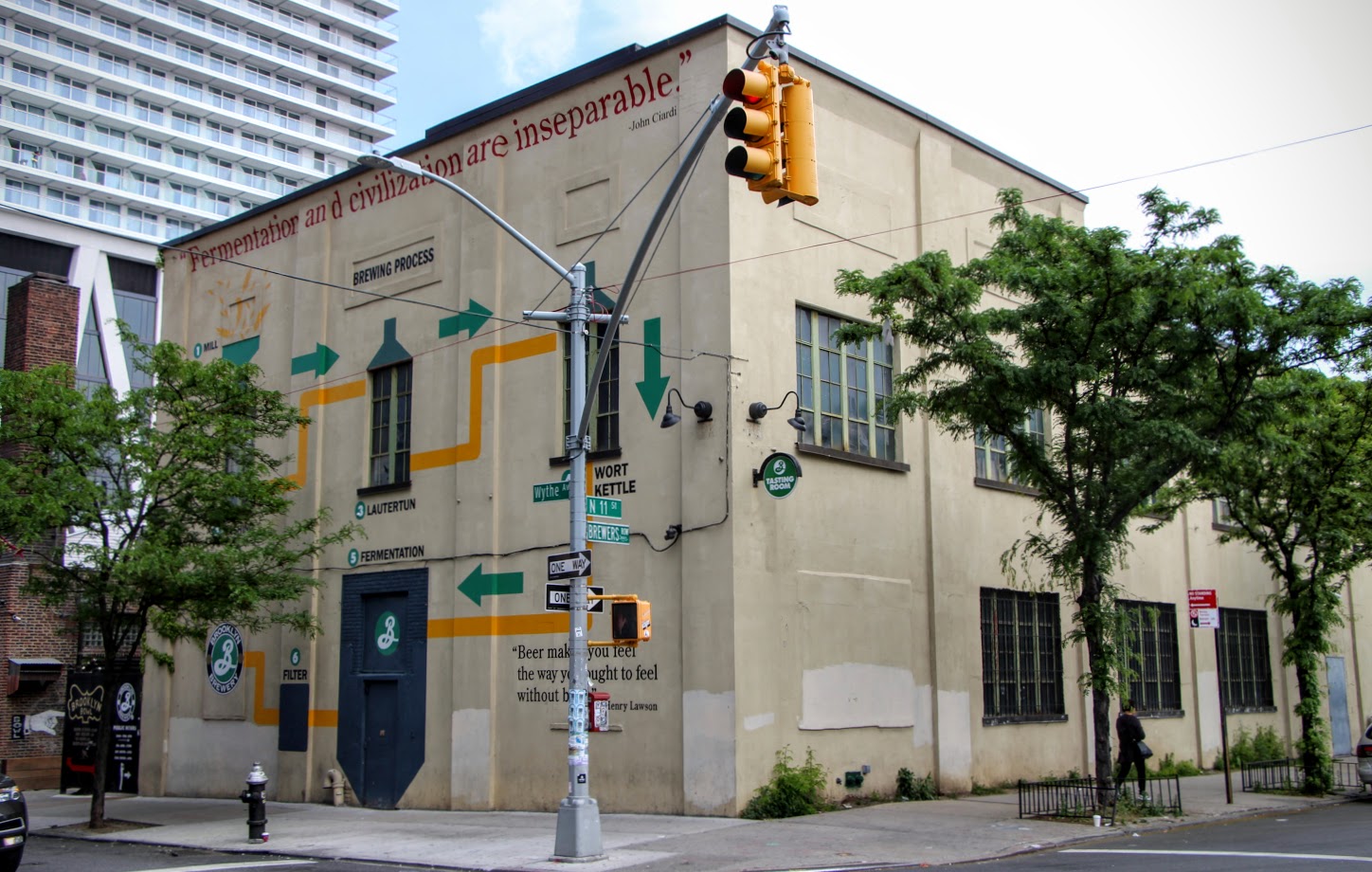