Break out the quills and stationery, folks; it’s time for that long-overdue thank you letter.

To whom, exactly? Well, formally they go by the loquacious title of the Brooklyn Greenway Initiative, but friends call them the BGI for short.

And let’s be honest, we’re all friends here at Spinlister.

Back in 2004, the BGI began hosting community workshops throughout New York’s trendiest borough. The goal was to engage residents and city workers in an ambitious plan to develop a 14-mile cycling path that would connect neighborhoods and parks all along the Brooklyn waterfront.

Fast forward over a decade and the ongoing efforts of this group are paying off in spades.

It starts out simply enough, with some colorful concrete barriers and a few straightaways as you navigate from Flushing onto Kent Ave. 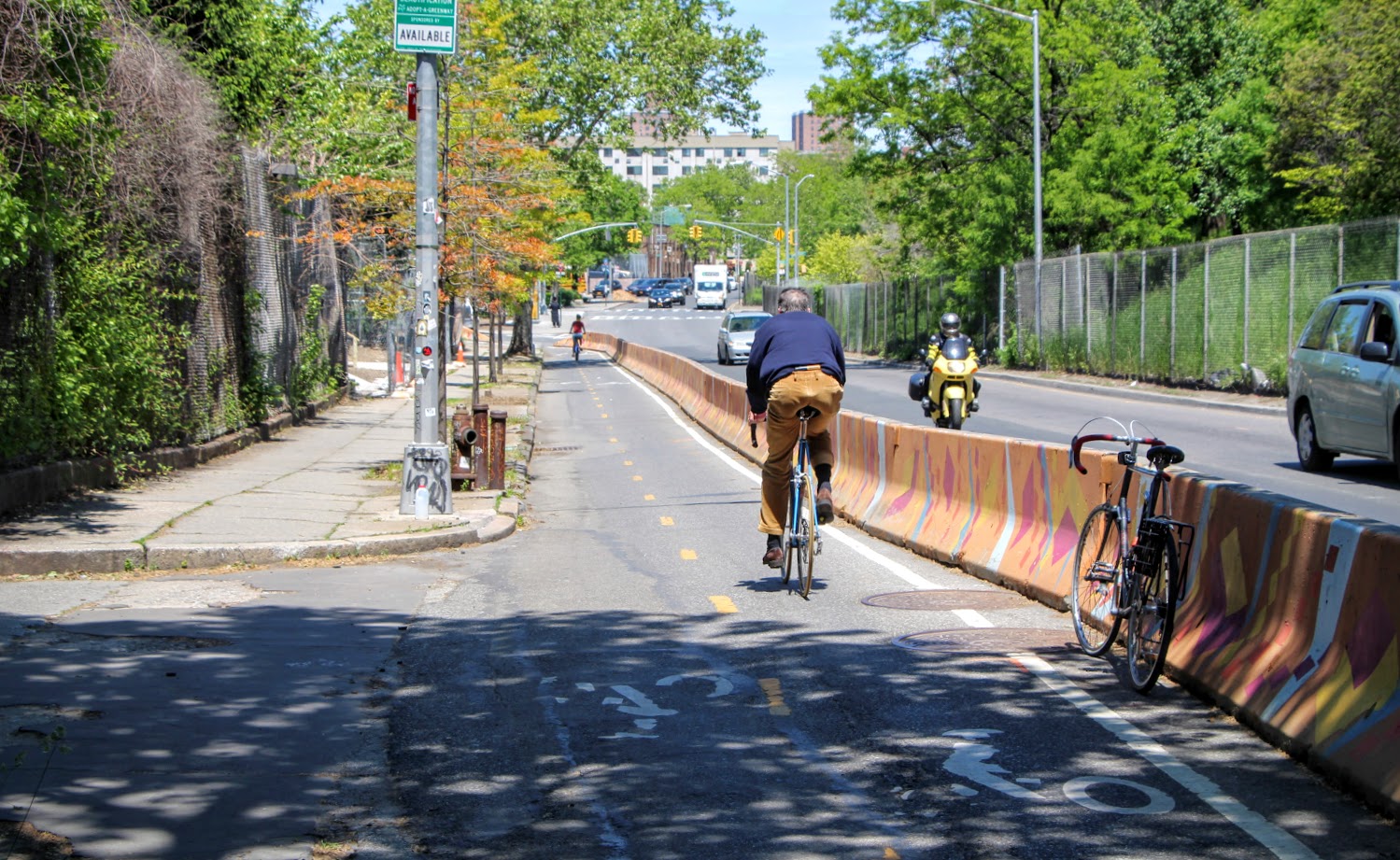 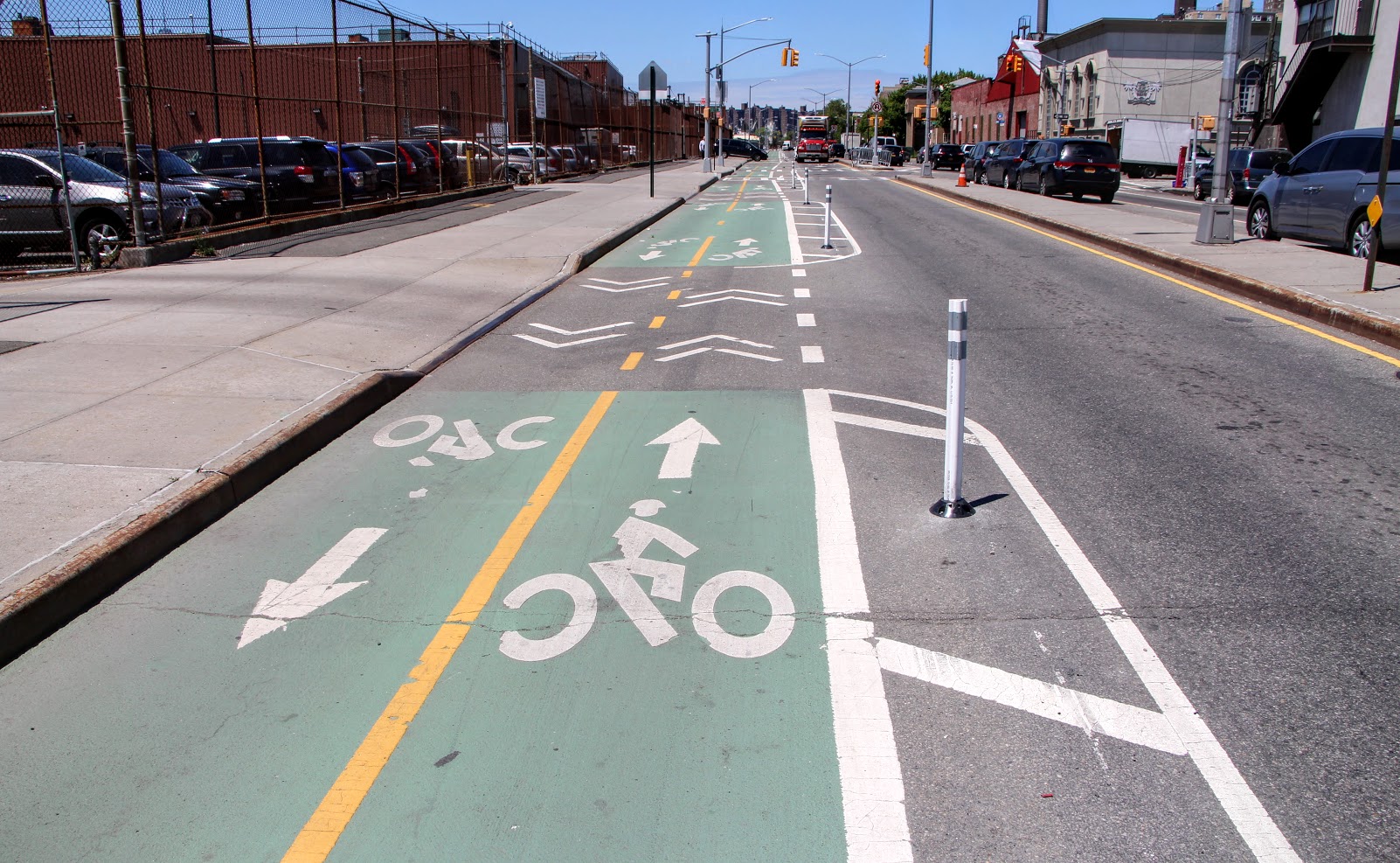 Then things start to get interesting.

As you pass beneath the Williamsburg Bridge, the pulse of Brooklyn becomes ever more tangible. Stylish cafes and colorful street art begin to dominate your eastern periphery while, to the west, breaks in the brick buildings hint at what could be a jaw dropping view of the Manhattan skyline. 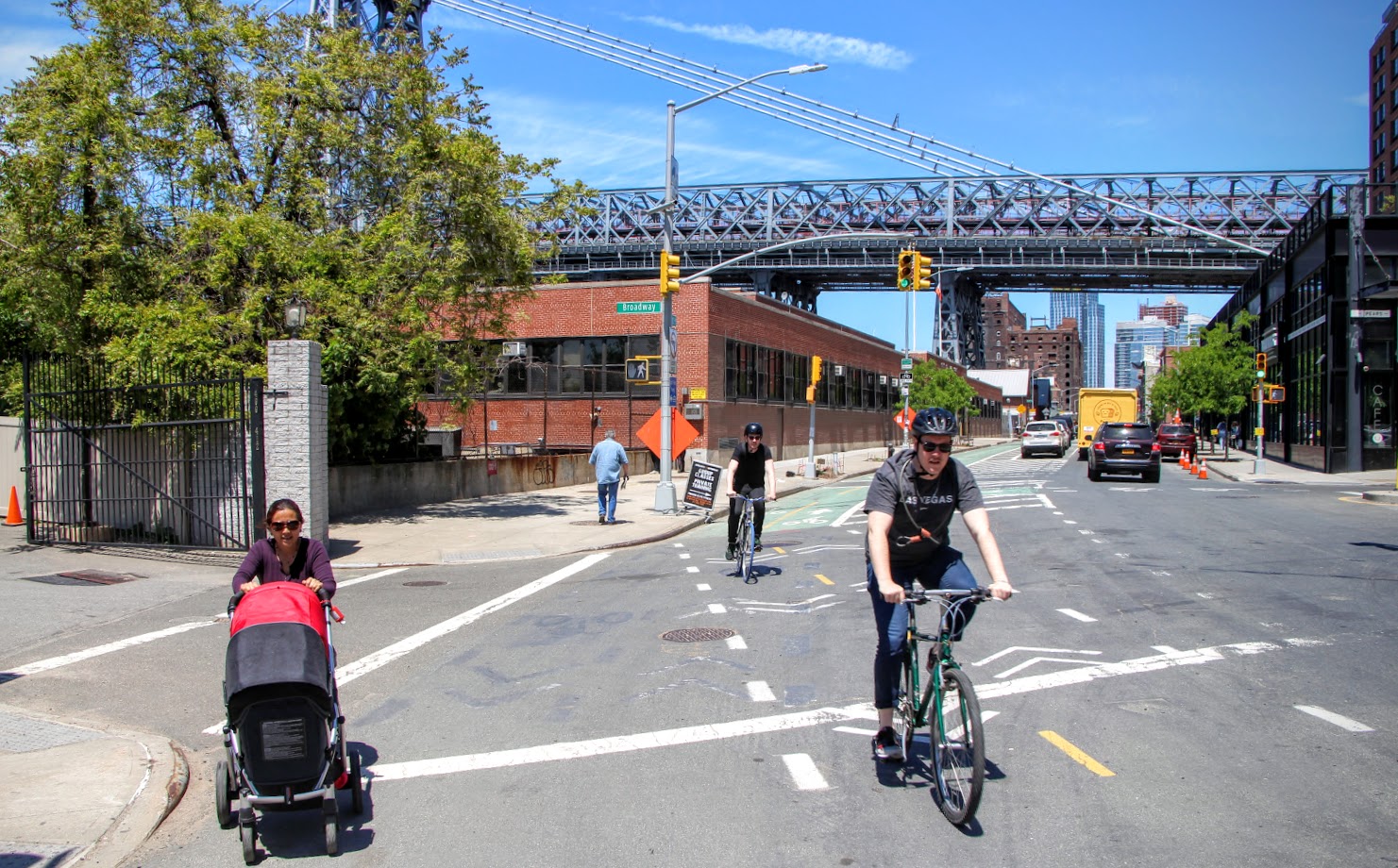 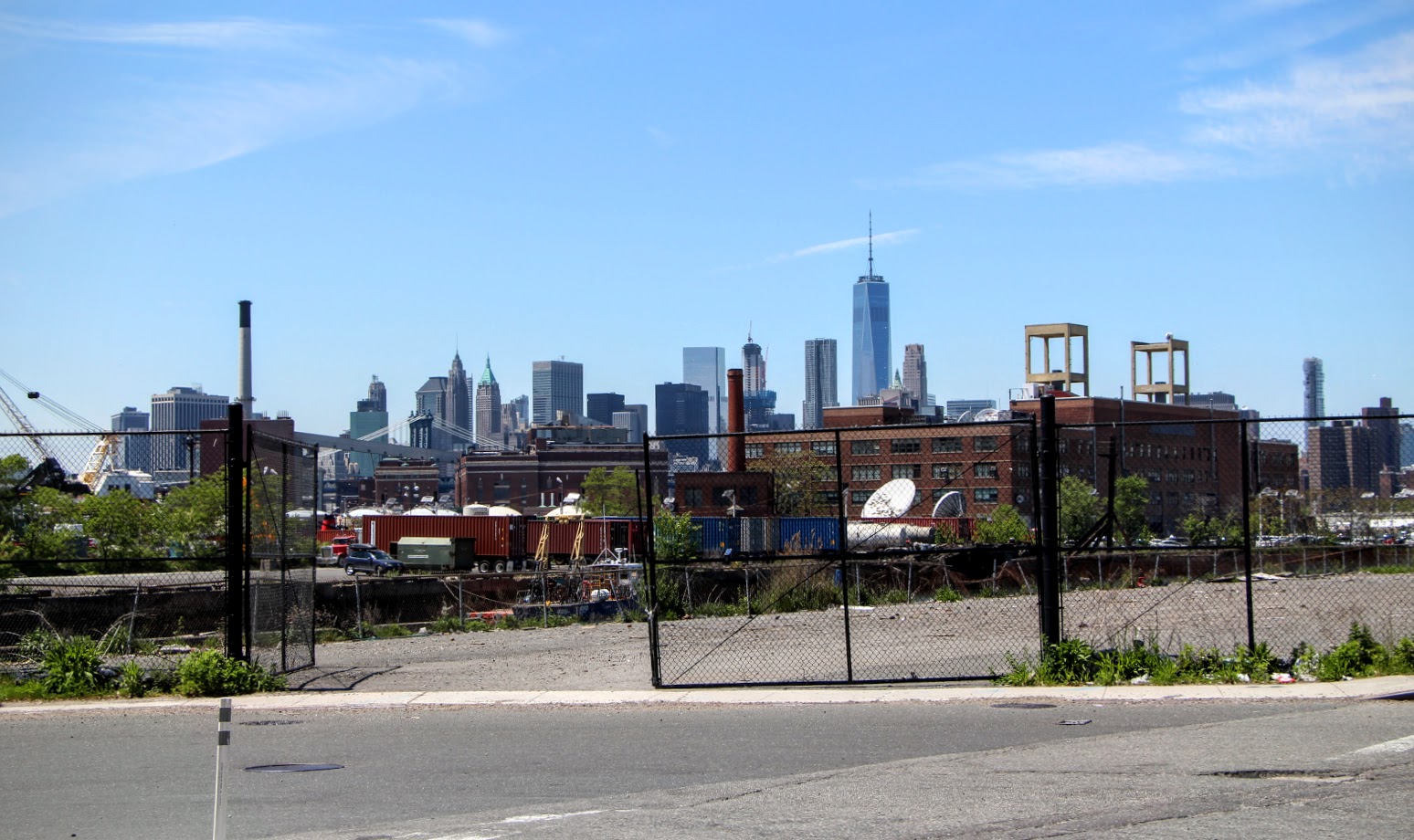 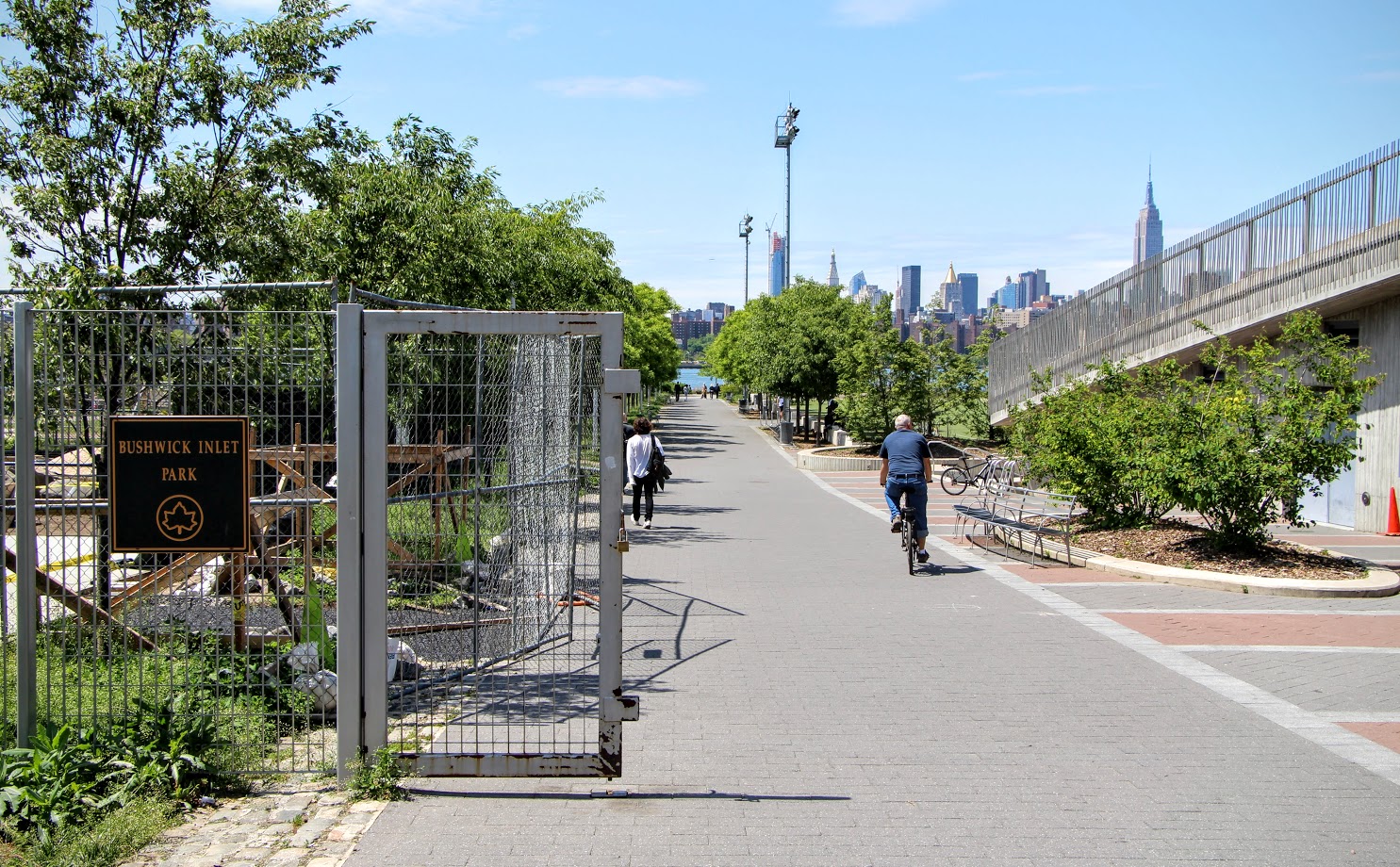 Strategically, the two are located directly along the bike path and unless you’re a seasoned urban cyclist hell-bent on hitting your time trial marks, it’s going to be awfully difficult to resist the temptation to dismount and bask in all that tranquil, metropolitan glory. 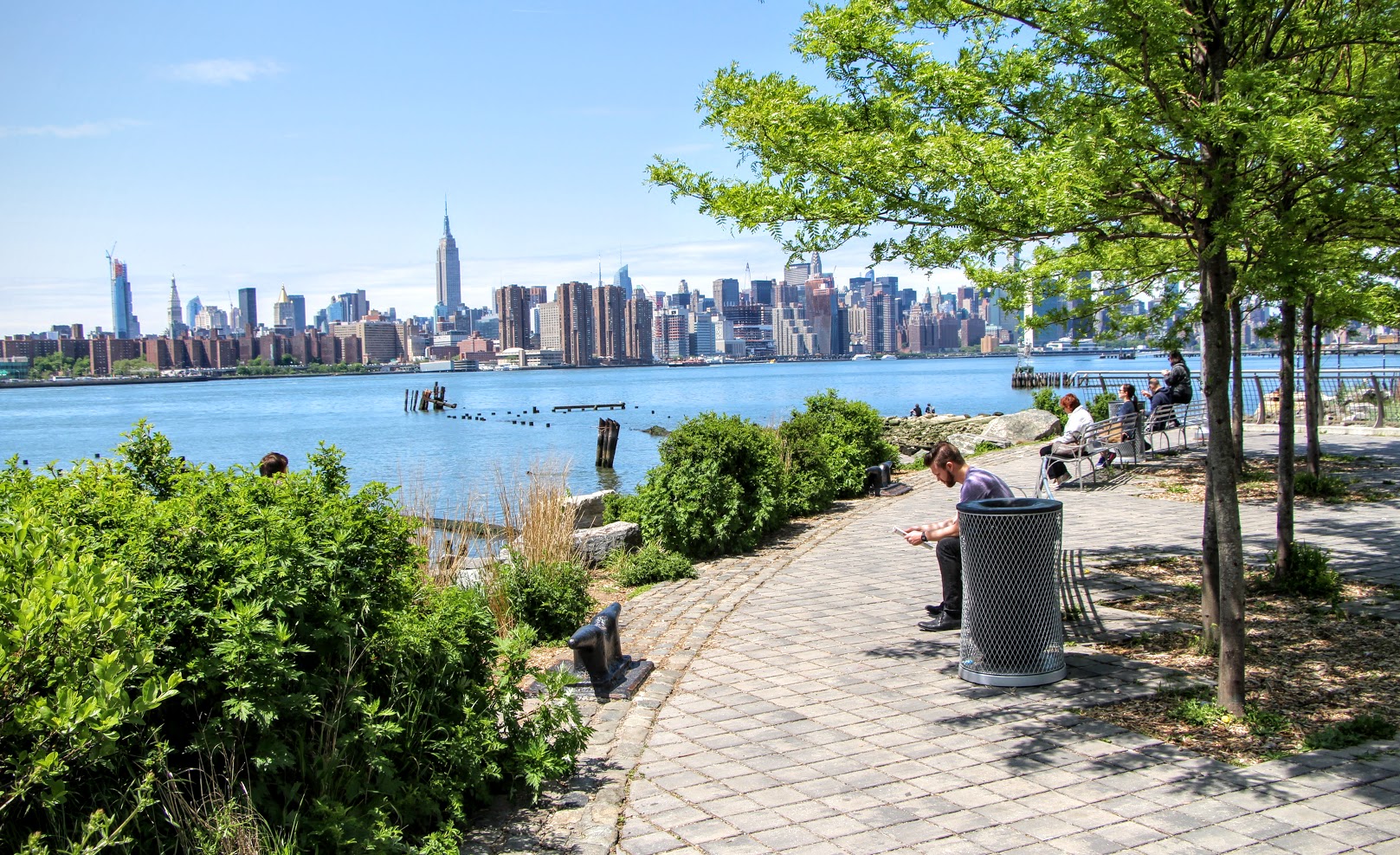 Once you summon enough inner fortitude to break away from the view, the road towards Queens continues to dole out surprises. First among these is the Newton Creek Lookout, tucked away at the far northern end of Manhattan Ave.

It’s not the most impressive body of water in the Big Apple, but the relative solitude of the park coupled with the surrounding views makes for an enjoyable pit stop. 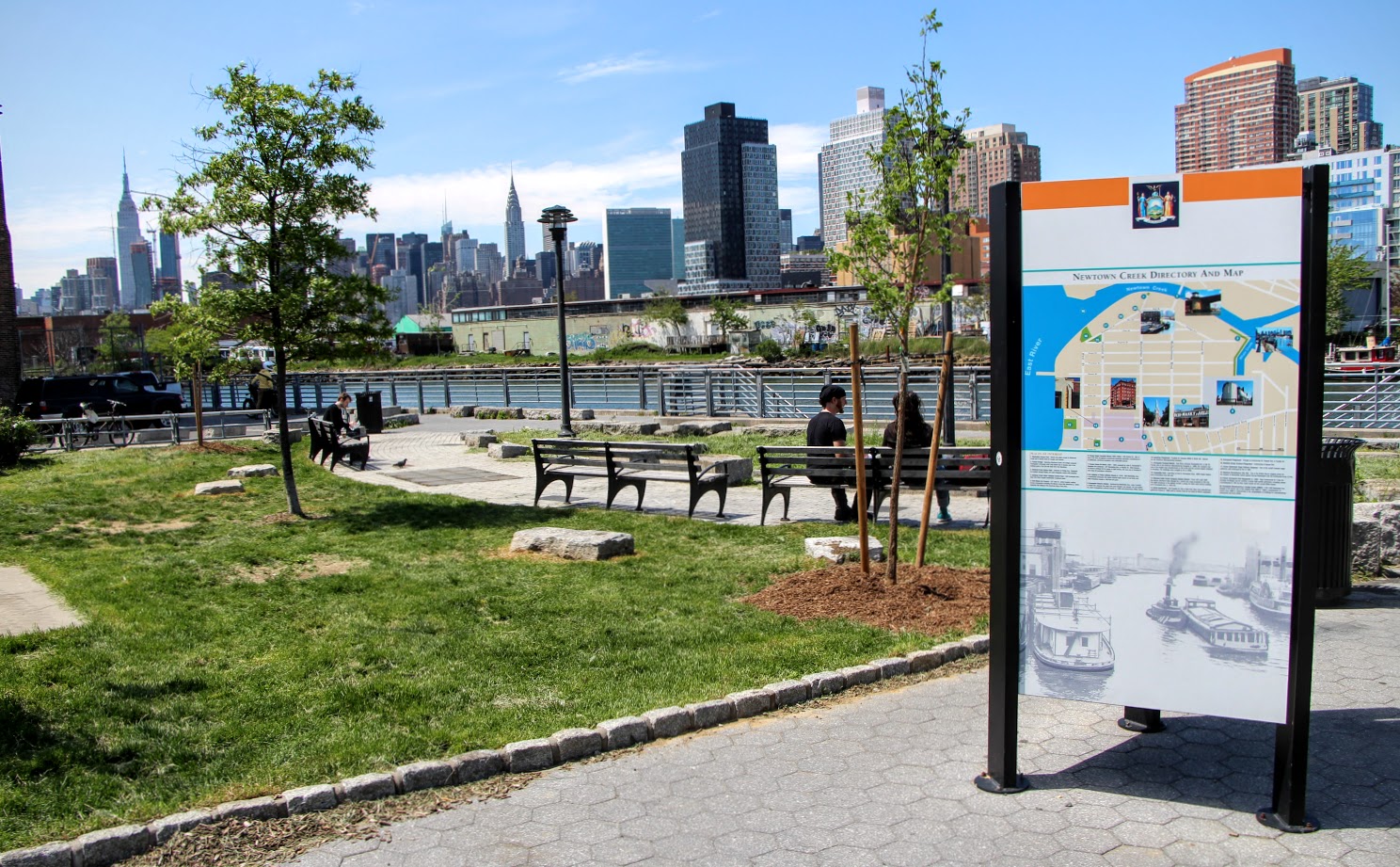 Next on the list is the Pulaski Bridge, connecting Greenpoint in Brooklyn with Long Island City just across the creek in Queens. Named after famed Polish military commander Kazimierz Pułaski, this bike-friendly overpass doesn’t see nearly the traffic of New York’s more renowned bridges – a fact that makes its unobstructed panoramic vistas all the easier to appreciate. 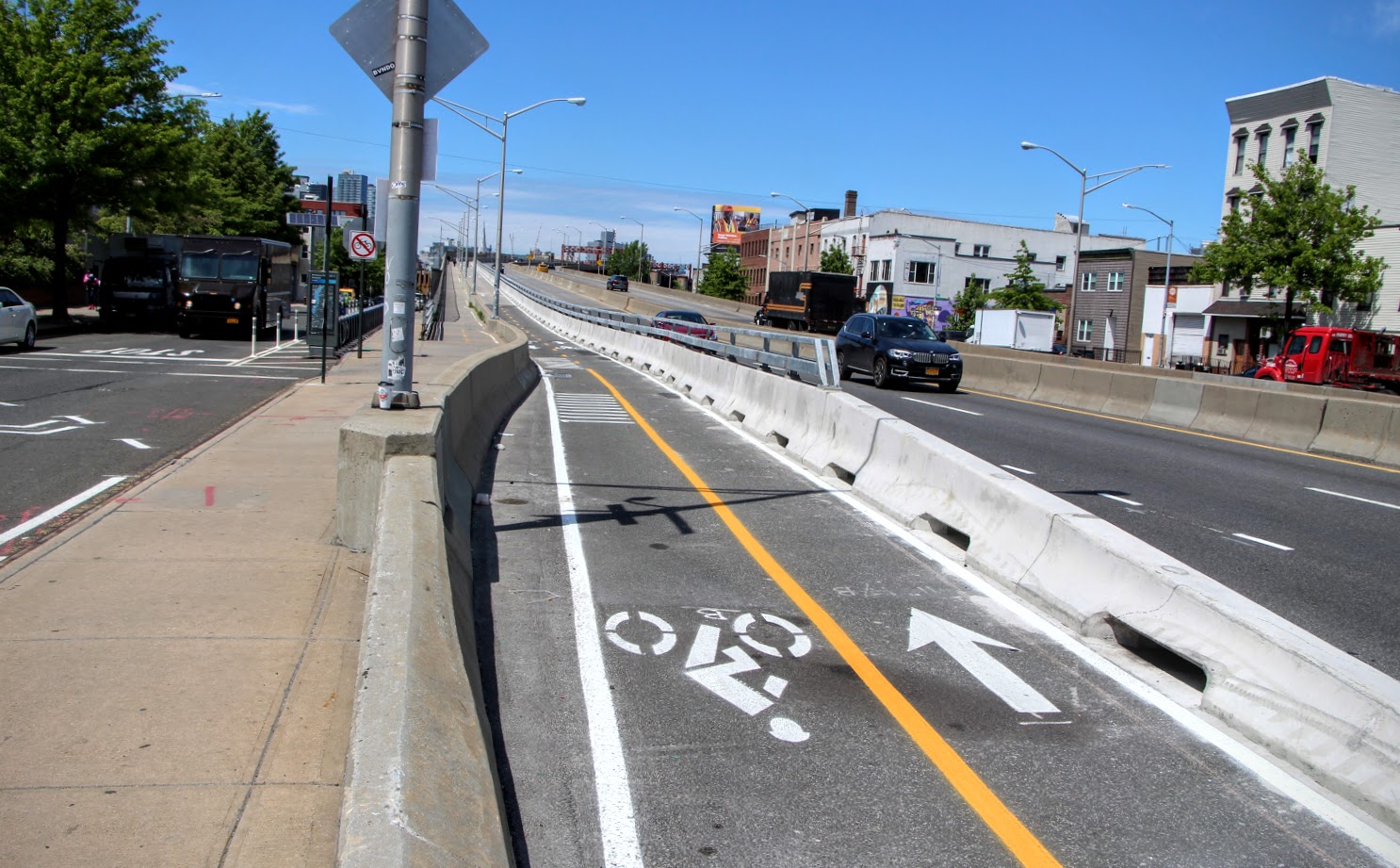 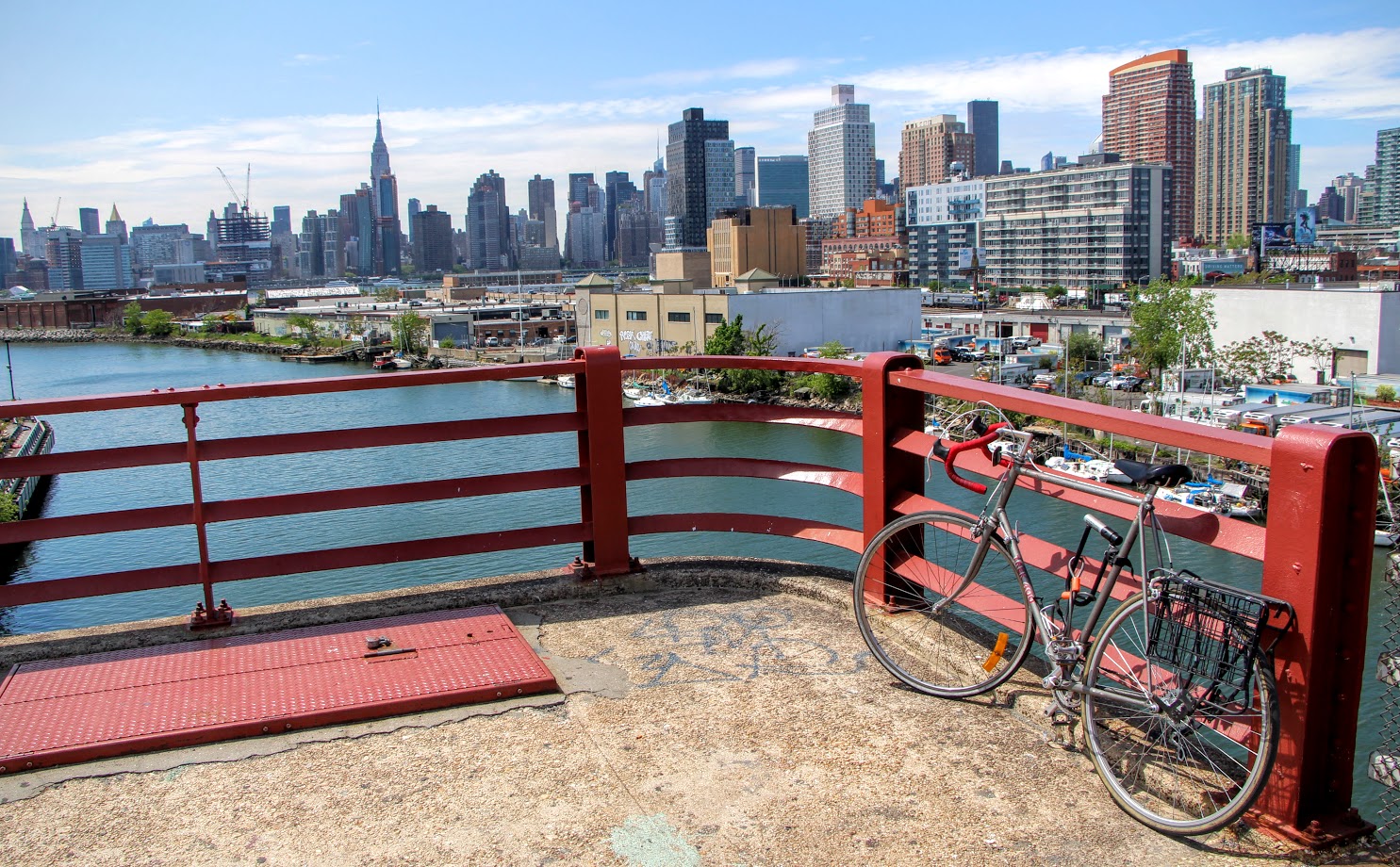 Once you’ve entered into Queens, it’s just a short jaunt west to Gantry Plaza, a 12-acre waterfront park boasting everything from pedestrian piers to manicured gardens. It’s a perfect place to lock up your ride, grab your water bottle and a seat on the bench, and reflect on why you had ever doubted that decision to rent a bike in New York City. 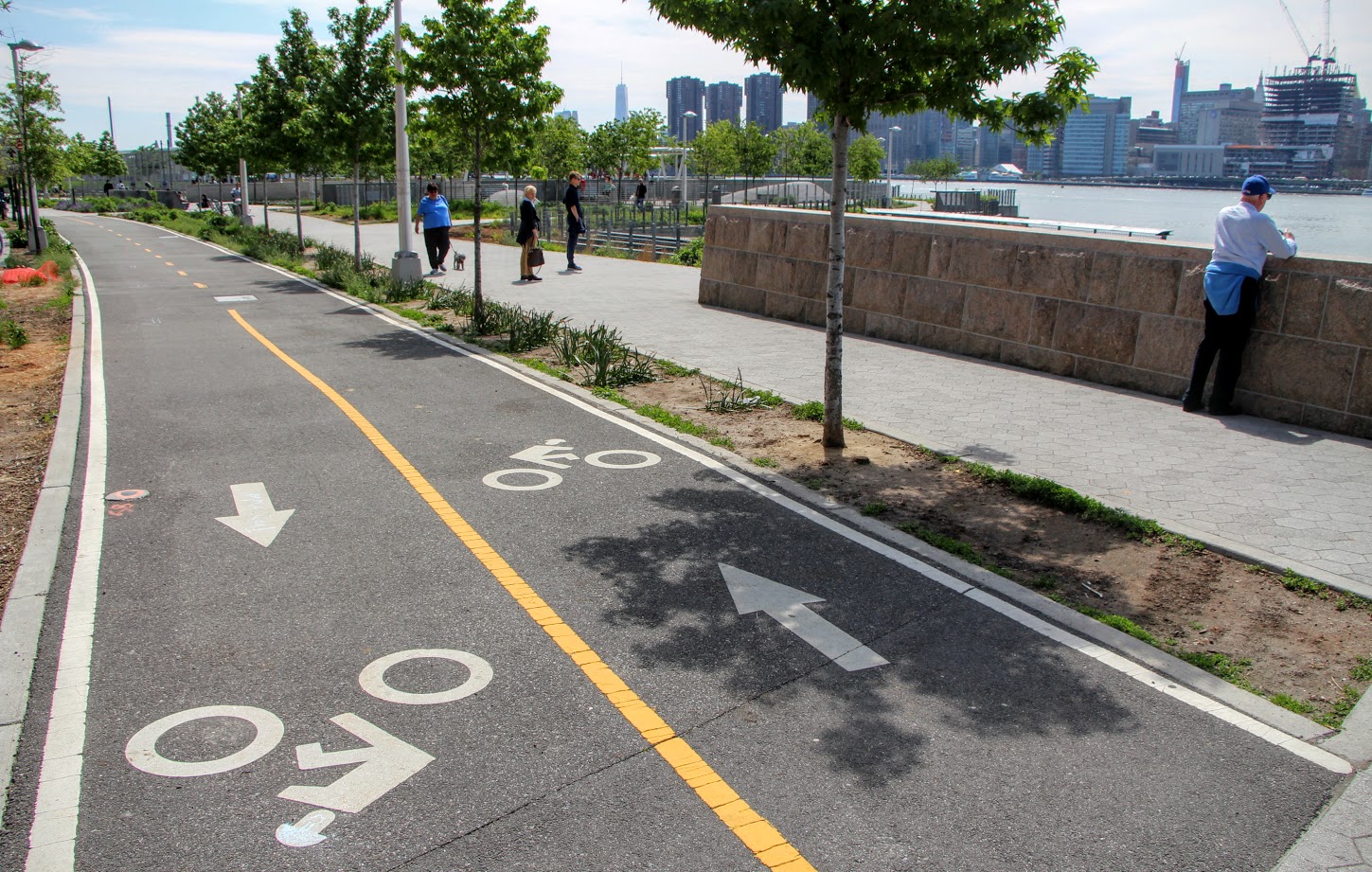 If this sounds like a ride you want to be a part of this summer, consider an addition to your New York vacation. There’s still time to sign up for the BGI’s Epic Ride on the Brooklyn Waterfront taking place Saturday, July 23, 2016. Rent a ride from our New York community, use code SPINLISTER to get $5 off your Epic Ride admission, then spend a day experiencing this incredible borough for yourself. 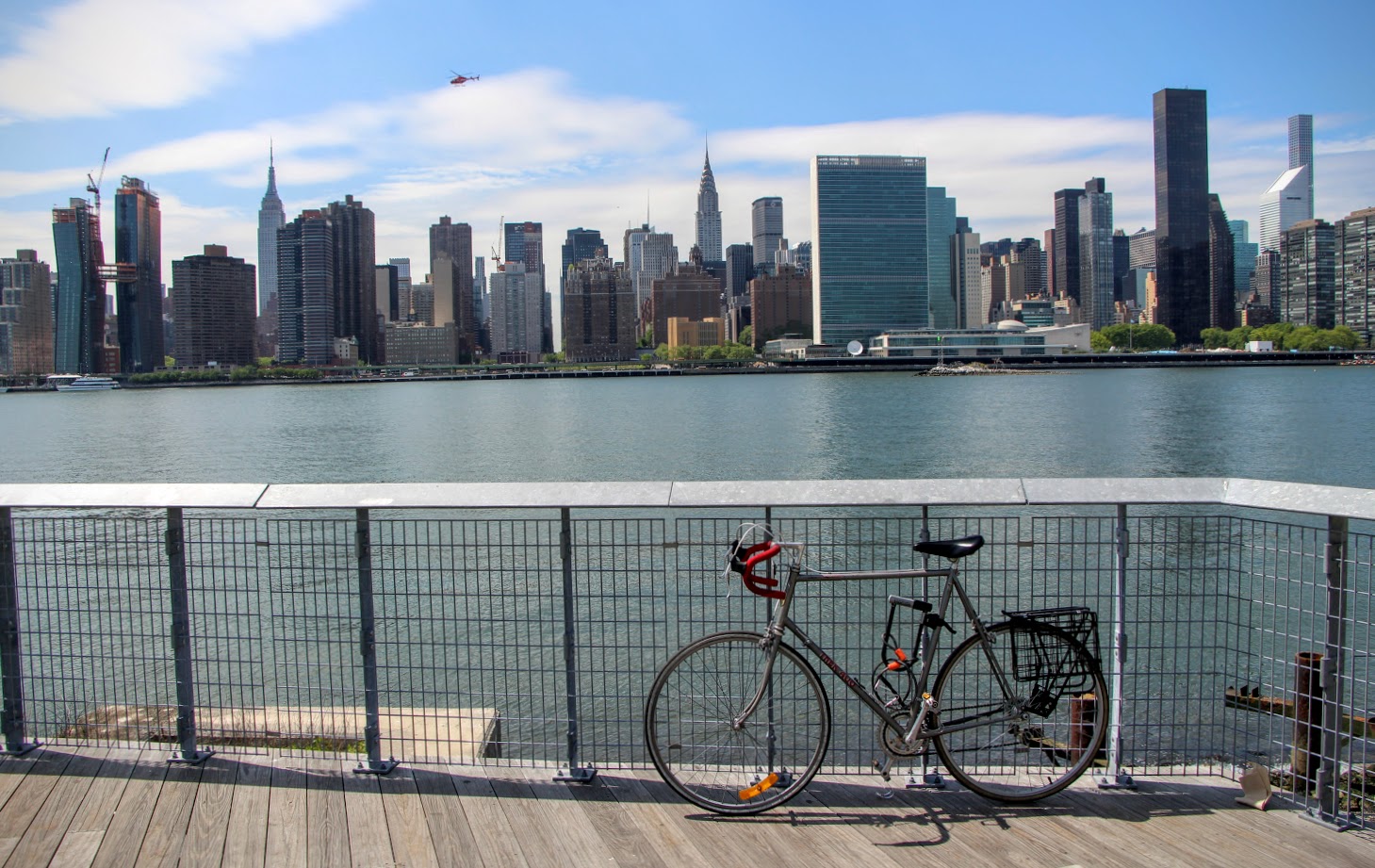