When it comes to cycling, Minnesota’s Twin Cities might best be classified under the heading “estranged fraternal.”

On the one hand, Minneapolis is considered by many to house to the best cycling culture in the US – an odd distinction for a city that spends about a third of the year with an average daily high of just above freezing. A mere 12 miles away, however, neighboring St. Paul has been left almost entirely out of the biking conversation – and for one local cyclist, at least, it’s a disparity that merits addressing.

“There’s definitely a divide,” says Bryonna Baines, mechanic at Cycles for Change bike shop in St. Paul. “There’s a big race culture here, but not a lot of commuters. People just don’t have the kind of infrastructure they need. It’s one of those ‘if you build it they will come’ situations.’”

There’s an audible pause before she finishes her thought: “Hopefully.”

To help make up the gap, the team at C4C (as they’re colloquially known) is taking a multi-pronged approach to cycling activism in Minnesota. There is, of course, the ongoing promotion of bike-related events, along with an impassioned push for improved facilities and more inclusive laws. But perhaps the most important issue they’re attempting to tackle isn’t the what, but the who. 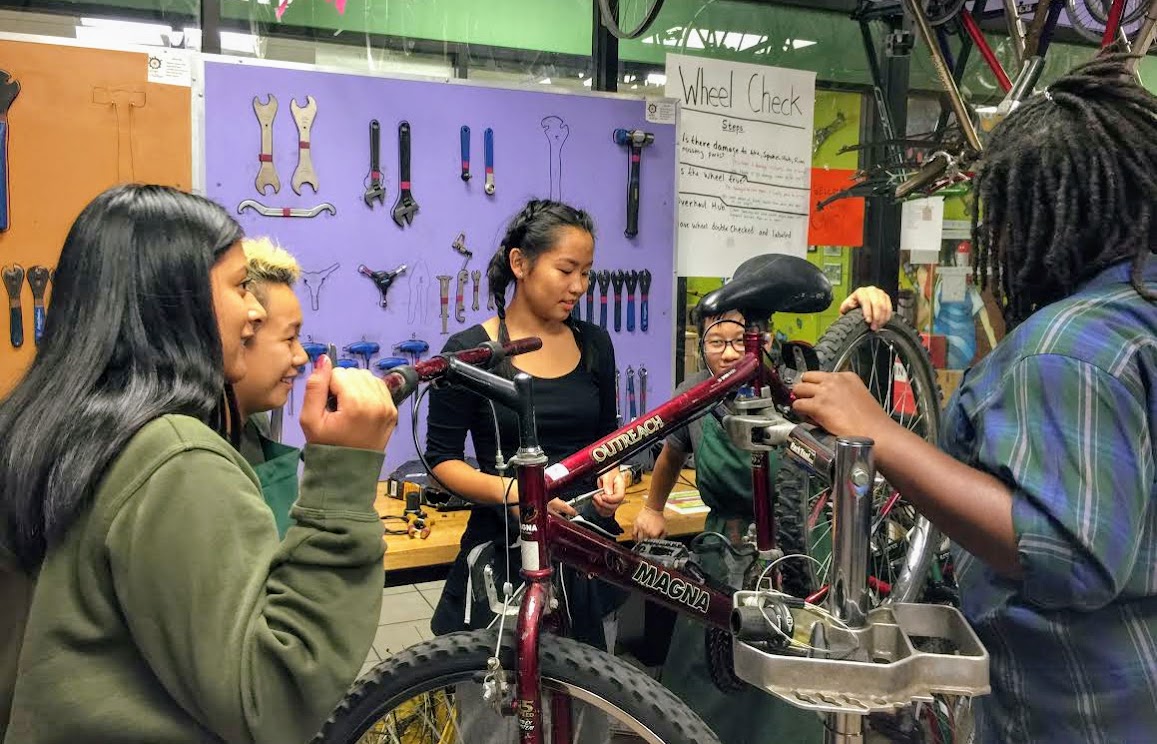 “We are mostly staffed by women or people of color, people that are immigrants or first generation family members,” says Bryonna. It’s a striking departure from a national conversation dominated by divisive views on “outsiders,” and for Bryonna, that’s exactly the point.

“What we’re doing is making a bike shop where more marginalized people can walk in comfortably,” she says. “We’re working to create more of a diverse culture, and kind of change the face of cycling.”

In many ways, Bryonna herself represents exactly the kind of change C4C is hoping to enact in Minnesota. A young woman of color raised by a single working-class mother, the predominantly white male world of cycling never seemed approachable to her during her childhood. Then at 18 she inherited an old steel Bianchi from her grandfather, and rides to work slowly morphed into hours spent stripping and customizing her mom’s 1970’s-era Fuji.

“I didn’t really have nice bikes to ride growing up,” she recalls. “And I never had a dad to help me tinker with them. When I picked up tools, it was a completely new experience for me – and it was hard.”

After years spent honing her skills as both a rider and a mechanic, Bryonna recently shared her story with industry leader QBP, and in January was awarded one of the company’s 16 Women’s Bicycle Mechanic Scholarships. It was a hard-fought victory for the young Minnesotan, who had told herself that 2017 would be her last year applying for this elusive award. And as is so often the case, her drive and persistence were well rewarded. 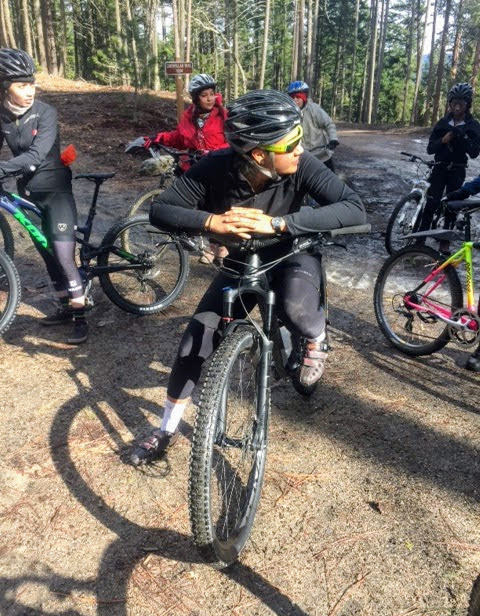 “First off, it was incredible,” she says of the 2-week intensive training course held at the United Bicycle Institute campus in Ashland, Oregon. “One of the things that I took to heart the most was the teaching style at UBI. Every subject was very detailed. They didn’t focus solely on what we do and how we do it, but on the history behind it as well.”

It wasn’t just the courses that were formative, either. By interacting with professional mechanics and cyclists from all walks of life, Bryonna was able to put her own work with Cycles for Change into a larger global perspective.

“I became aware that there are so many other people doing what I’m doing,” she says. “It gave me more confidence, more hope in this end goal that we’re working for. Seeing more women and people of color in this industry, personally, made that flame of passion for cycling get bigger.”

Spurred on by this realization, Bryonna has returned to her work at Cycles for Change with a renewed sense of purpose. On top of looking for ways to creatively merge her education in IT with her passion for cycling, she hopes to channel her experience at UBI into her own teaching at women’s cycling workshops throughout Minneapolis and St. Paul. It’s all part of her ongoing effort to introduce more people to cycling in a way that confronts ethnic and gender-based stereotypes.

“My values in cycling today are just trying to empower the kind of people that are like me when I started,” she says. “If people see your skill and your passion, that’s all that matters. That’s what you should put at the forefront.”

For the good people of Minnesota, and for aspiring cyclists everywhere, it’s an idea well worth championing. Urban sibling rivalries notwithstanding. 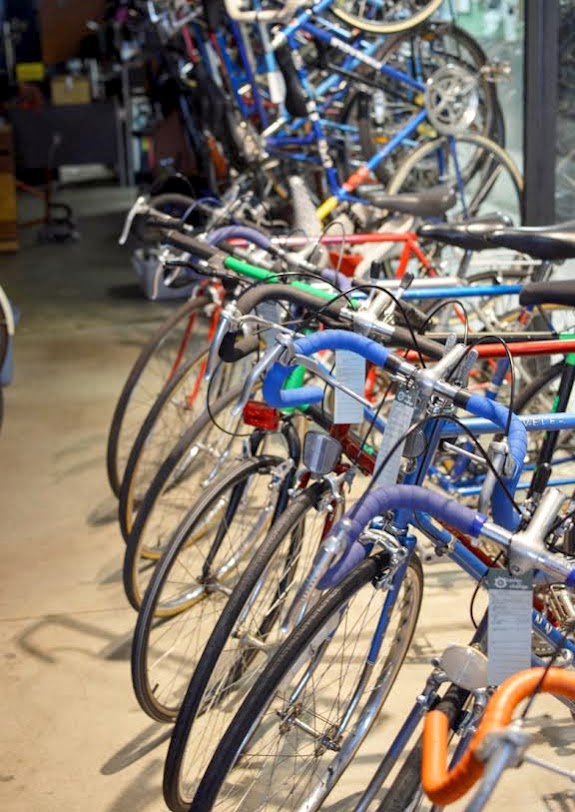 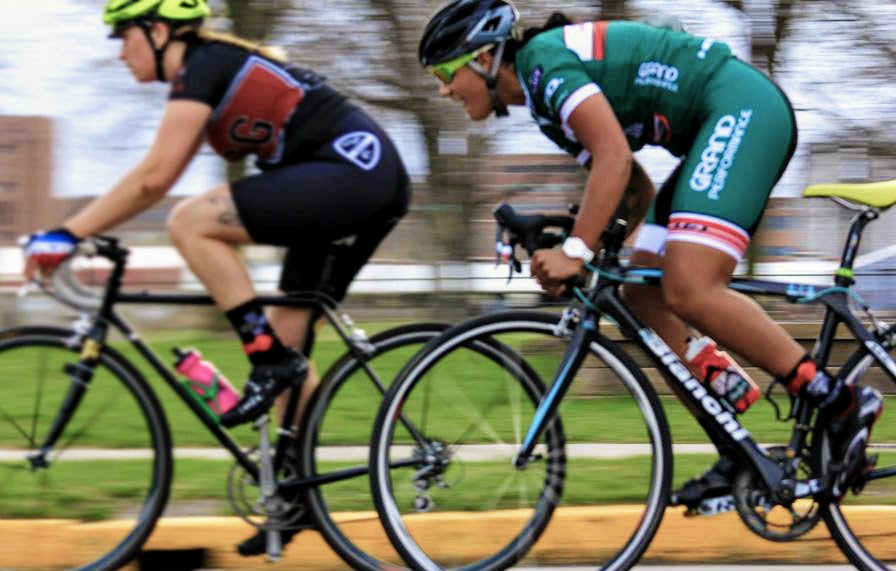