Meander into the basement of a rather nondescript antique market just northwest of Boston and you’ll come across something entirely unexpected: a bike shop. This veritable oasis of colorful frames rising above a sea of brass lamp stands and refurbished furniture is Cambridge Used Bicycles, and its story is every bit as intriguing as the bikes themselves. 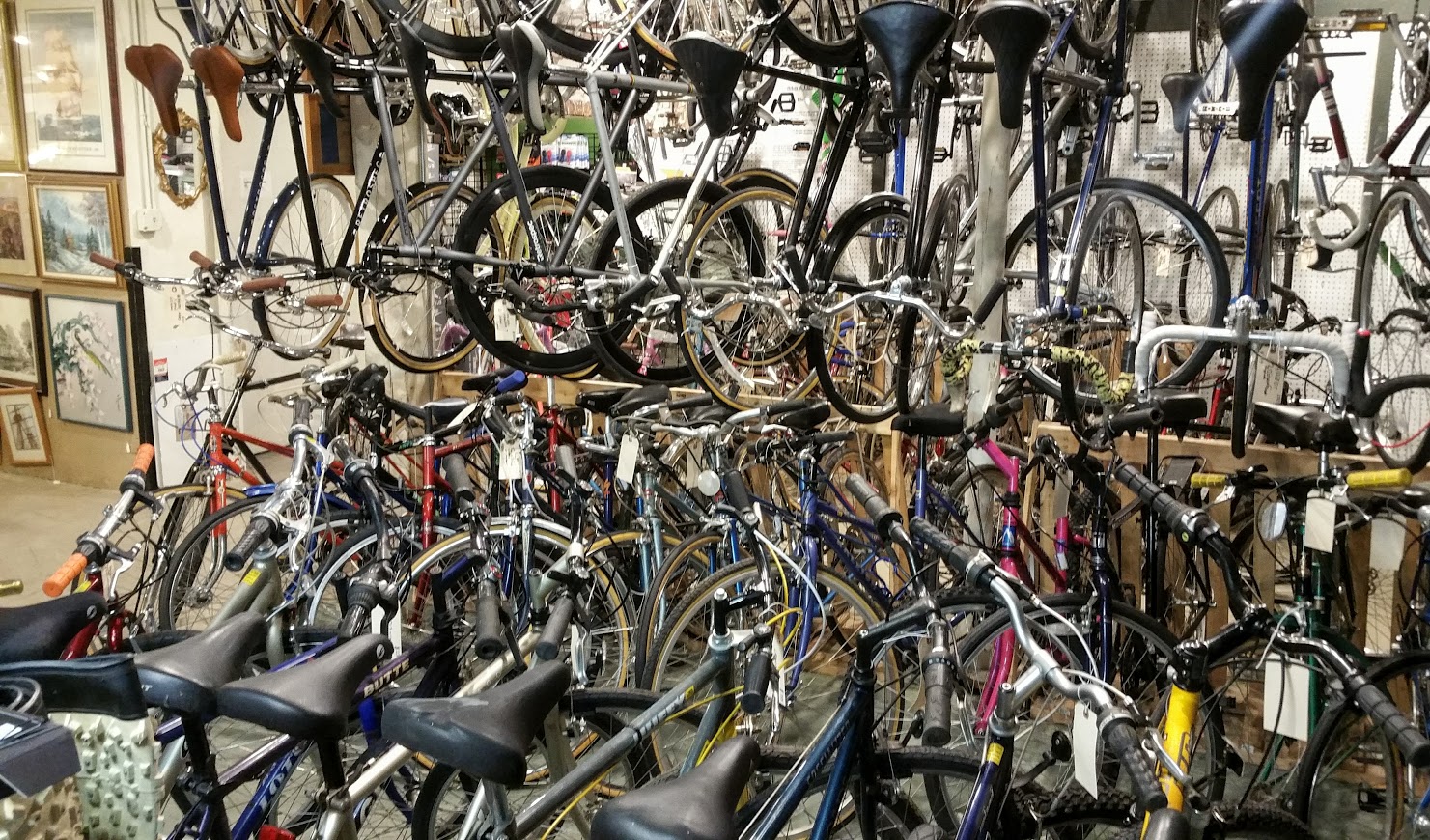 It all began in 1995, with a vintage cycling website called OldRoads.com (amusingly, the site is still up, should any of you want to relive the apex of late 20th-century online sophistication). In an effort to expand his market reach, the owner began setting up shop at local antique fairs, and eventually in 2008 opened a permanent retail location in the basement of the 5-story Cambridge Antique Market.

Which is where Spiros Tritsibidas comes in.

“I knew about the website for many years while I was in Greece,” the freshly-minted owner says. “But it wasn’t until I moved [to Massachusetts] that I realized the shop was here.” Initially a customer, Spiros regularly conversed with the owner while rummaging for parts, until that fateful day in February of 2016.

“I was down there at the shop talking to Vinny, and he told me it was for sale,” Spiros recalls. “So I made him an offer. You know, I’ve been riding mountain bikes for many years, and I became a professional mechanic in 2010 because I really like the work. But I never thought that I would own a shop one day.” 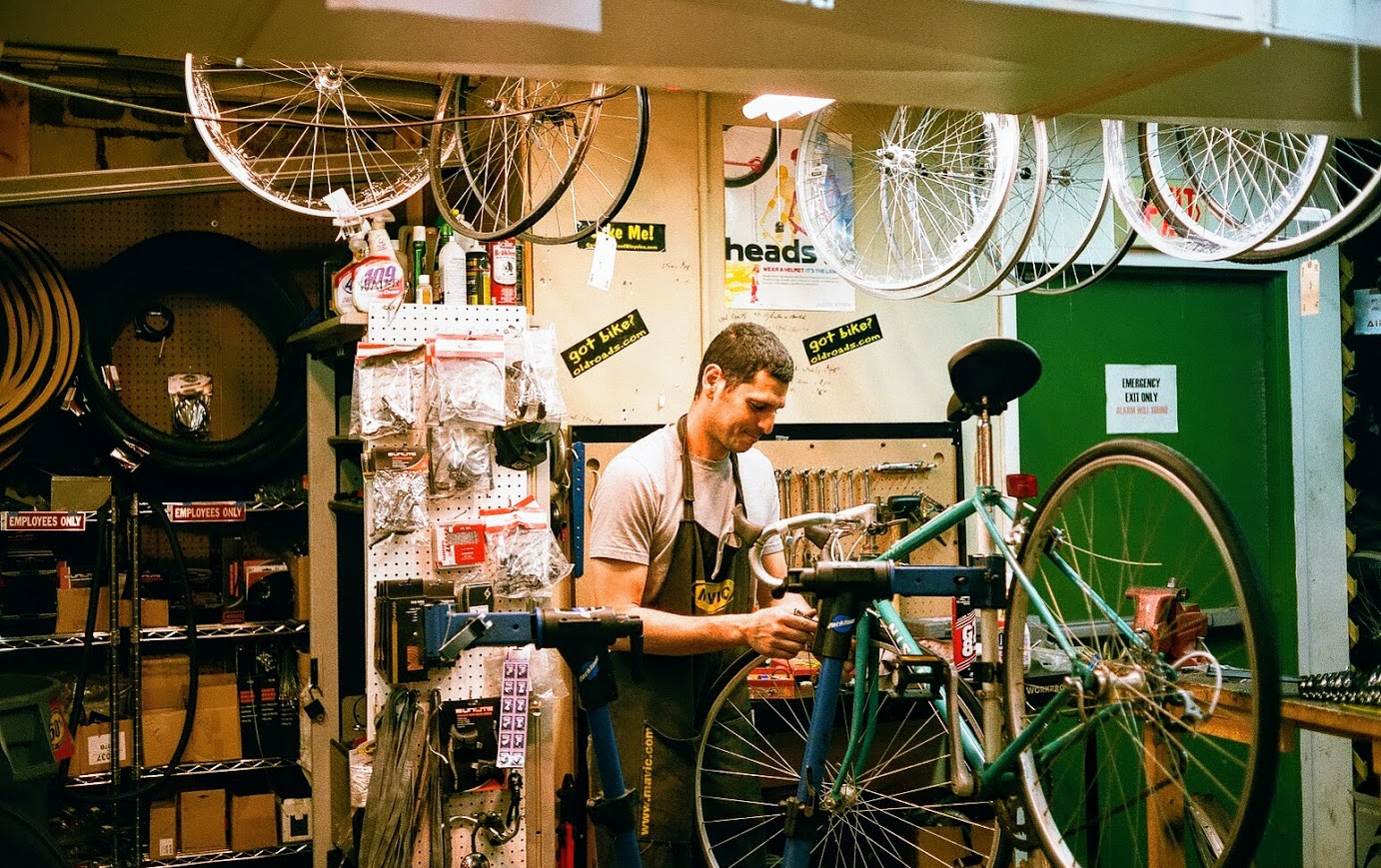 Not just any shop, either; Cambridge Used Bicycles may very well be the most unique bike retail location in the greater Boston area. Its distinctive mélange of new, used, and vintage bikes attracts a growing number of riders and collectors every year, enticed by the promise of unique buys from its rapidly fluctuating inventory.

“It’s the whole atmosphere, really,” says Spiros. “That’s what I like so much about it. A bike shop hidden in the basement of a building with no signs outside – it makes it more unique than the kind of shop that you see every day. Everyone gets to experience it differently.” 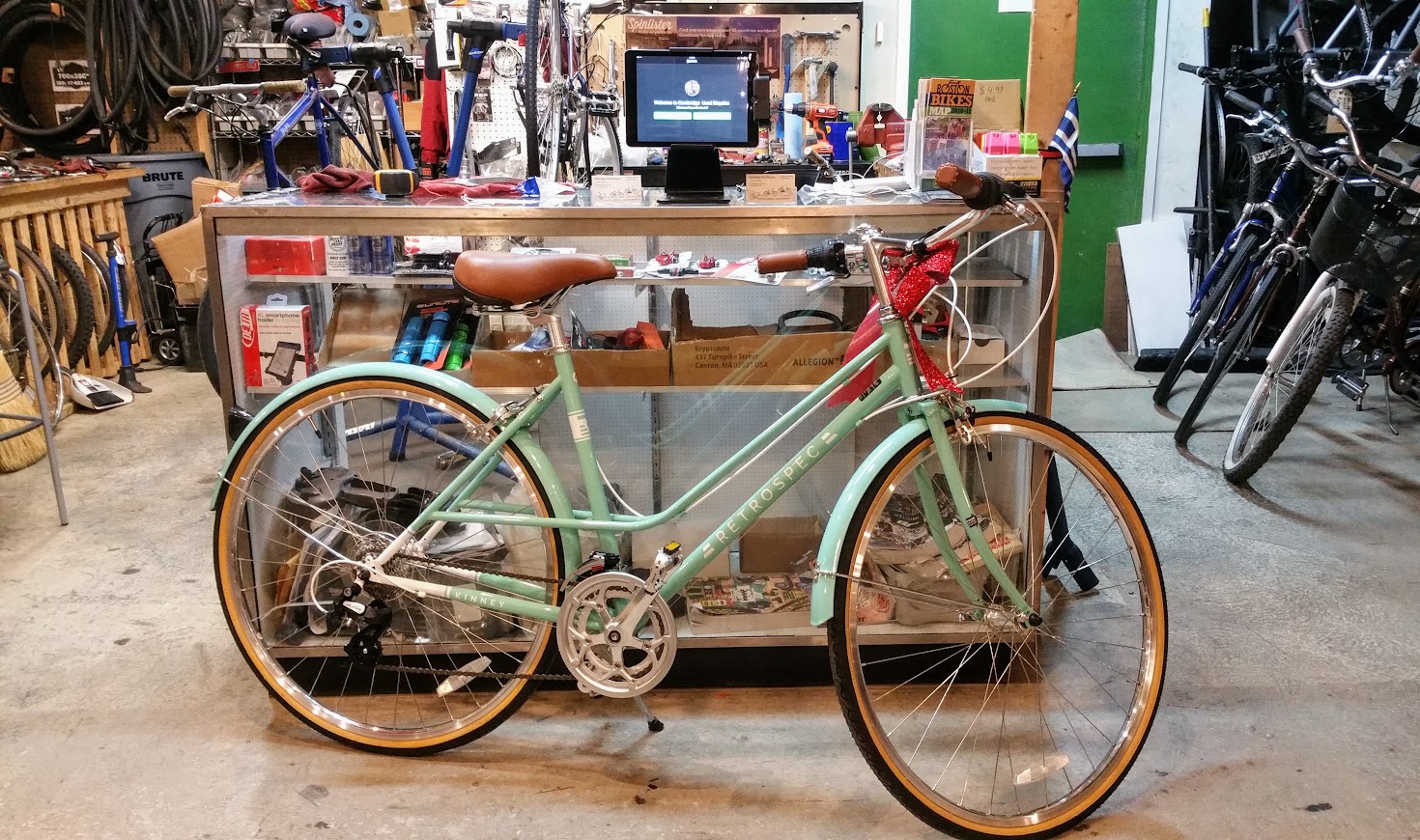 For all its exceptionality, however, Spiros keeps his store focused on satisfying a traditional need in the cycling world: providing great bikes and high-quality service without a premium price tag. “Buying a bike isn’t like buying a coffee,” he says. “Your life depends on it; your commute depends on it; even your wallet depends on it, because a lot of students and local customers are trying to save money. I try to make them feel happy, and offer them a fair, trouble free experience.”

As it turns out, an important part of that experience revolves around Cambridge Used Bicycles’ rental fleet, powered by Spinlister Pro. “I’ve been in the rental industry for years,” says Spiros. “So I like the concept: renting bikes, equipment, cars, anything like that. I wanted to add the rental program from the beginning, and the plans were in the works when I bought the shop. With Spinlister, it’s easy to do it. It’s just a very user friendly platform.” 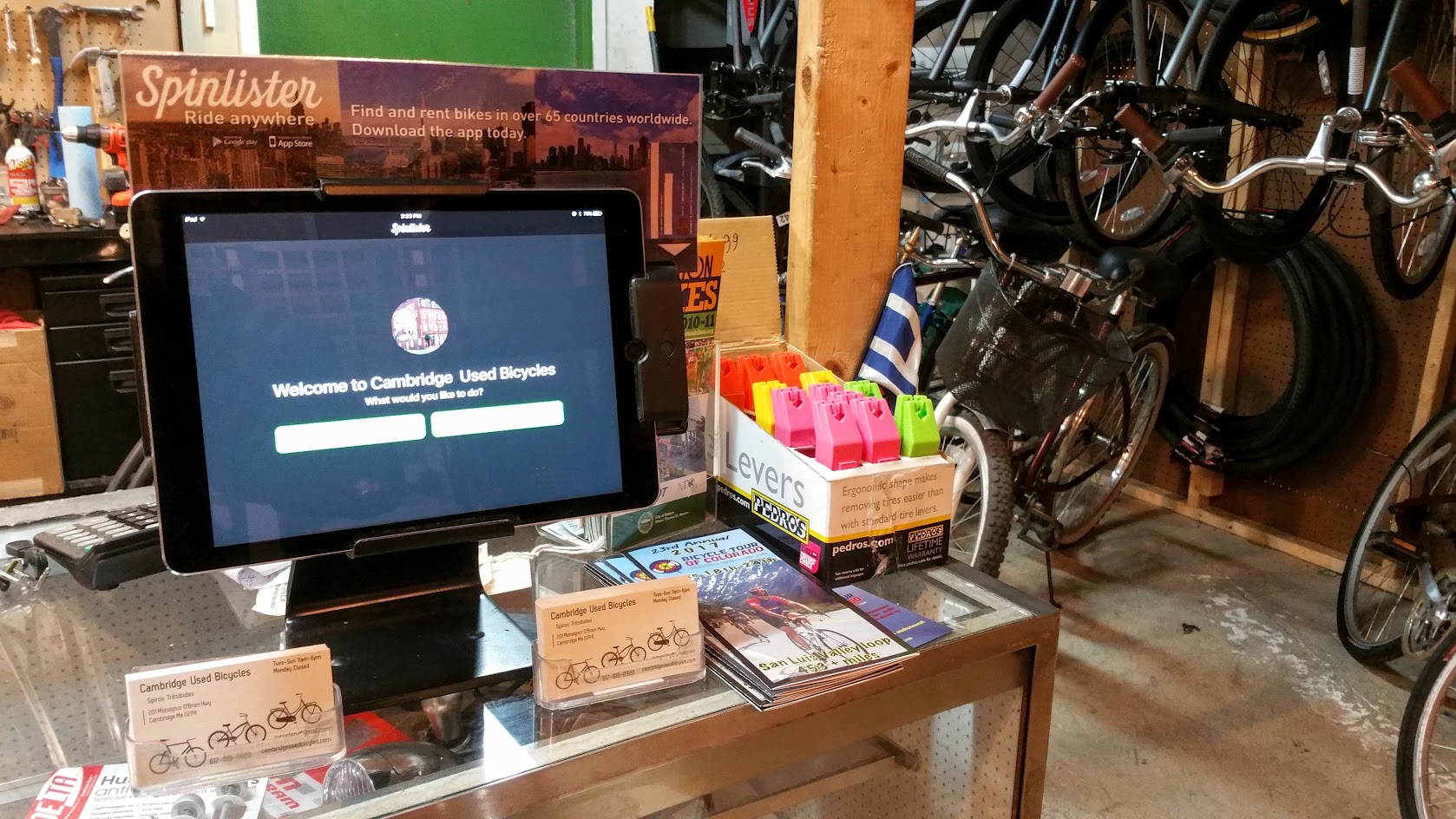 With his first year of operation almost in the books, Spiros is well on his way to establishing Cambridge Used Bicycles as a completely full-service cycling destination, all while continuing to embrace its singular place in Boston bike history. Whether you’re in the market for a new bike, a one-of-a-kind city experience, or a day spent exploring New England, this is quite possibly the most original bike shop experience available on the East Coast.

“I’m very honest with our customers,” he says. “What I tell them is, we’re mainly in the used bike market, although we do offer a selection of new and vintage bikes as well. If you’re looking for an inexpensive bike to buy, we offer this type of solution, but at a bike shop level. Our bikes are better maintained, they’ve been worked on by professionals, and they keep their warranty. The end goal is to help our customers pick the best bike for their needs, and to enjoy it for a long time.” 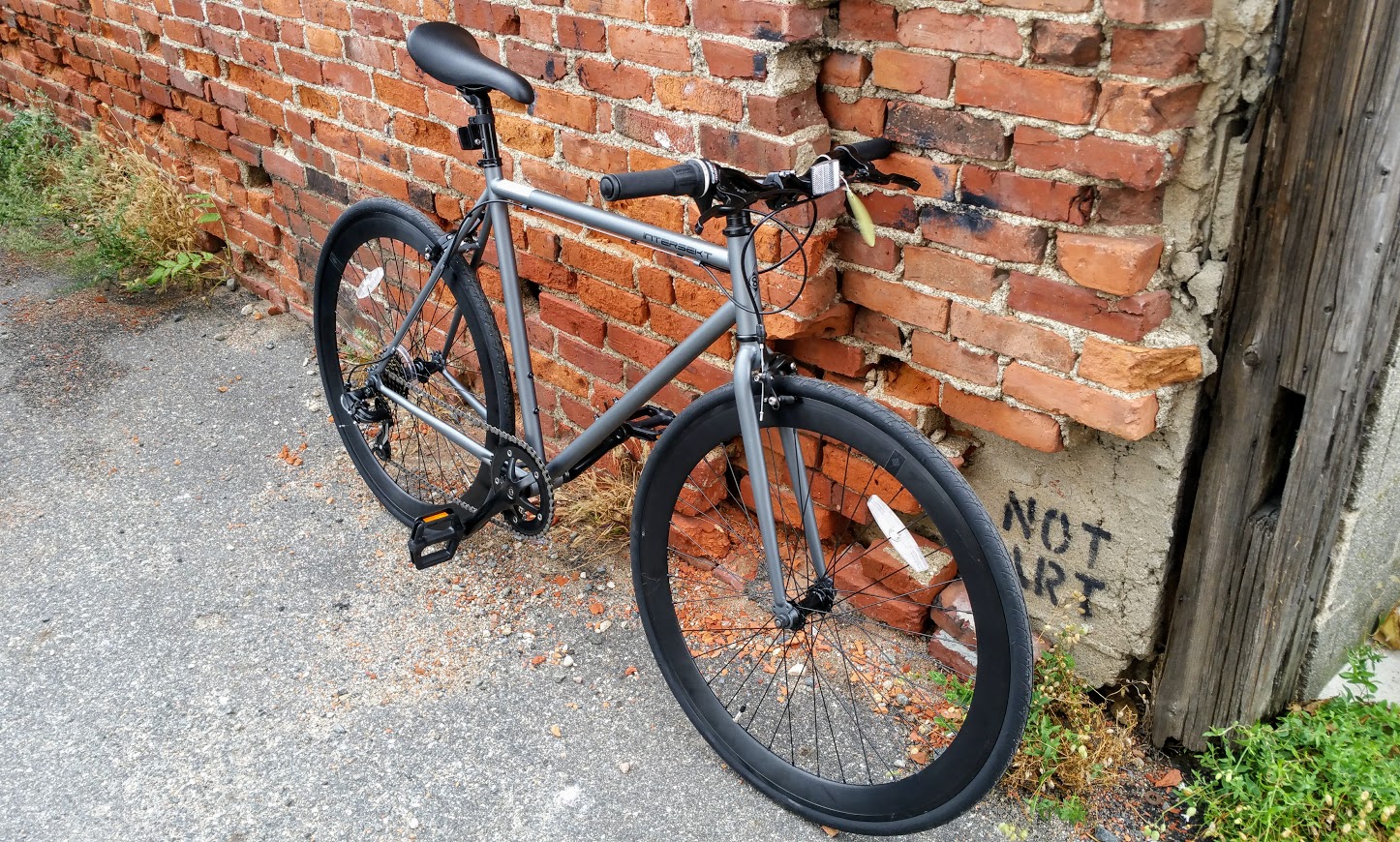 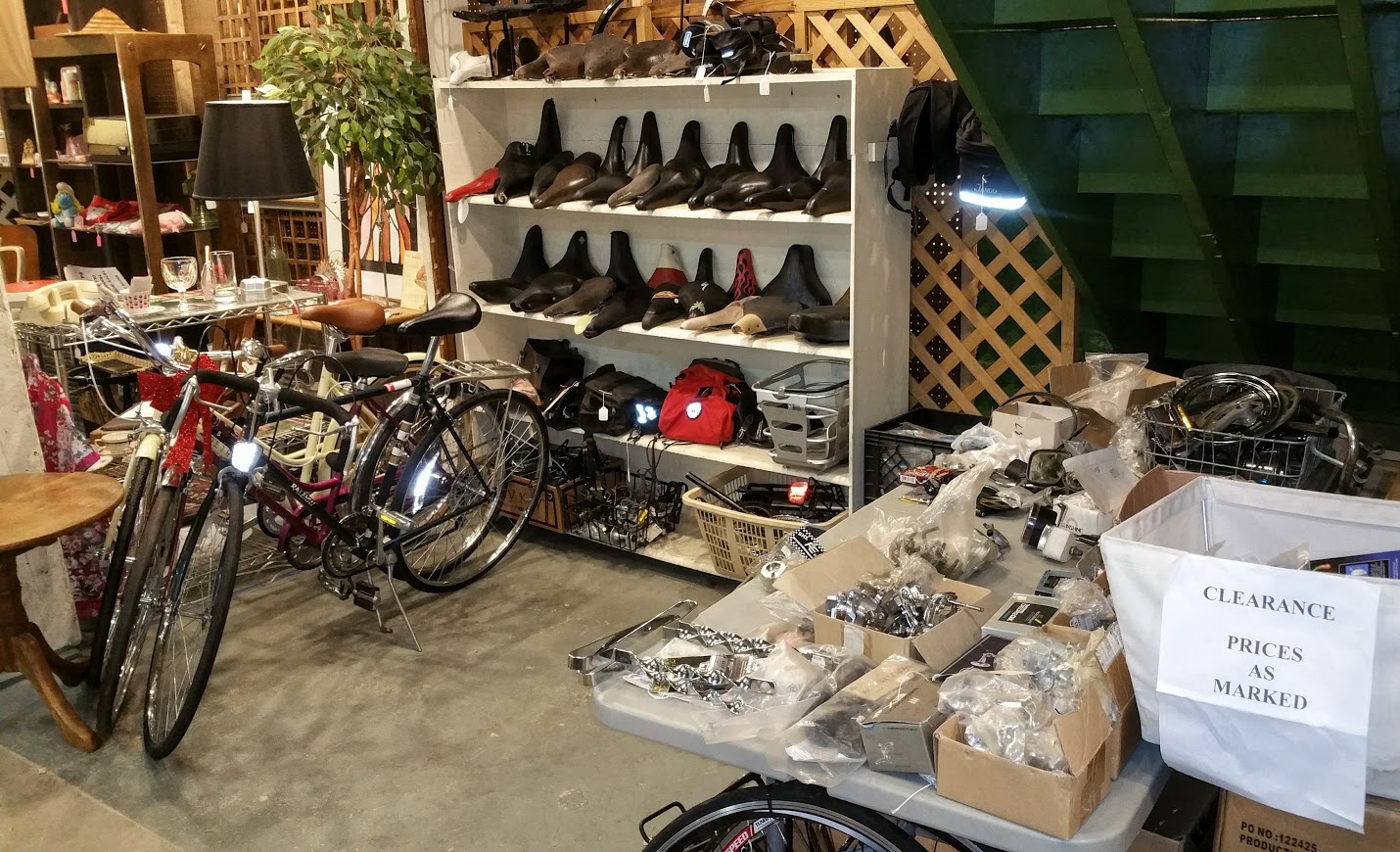 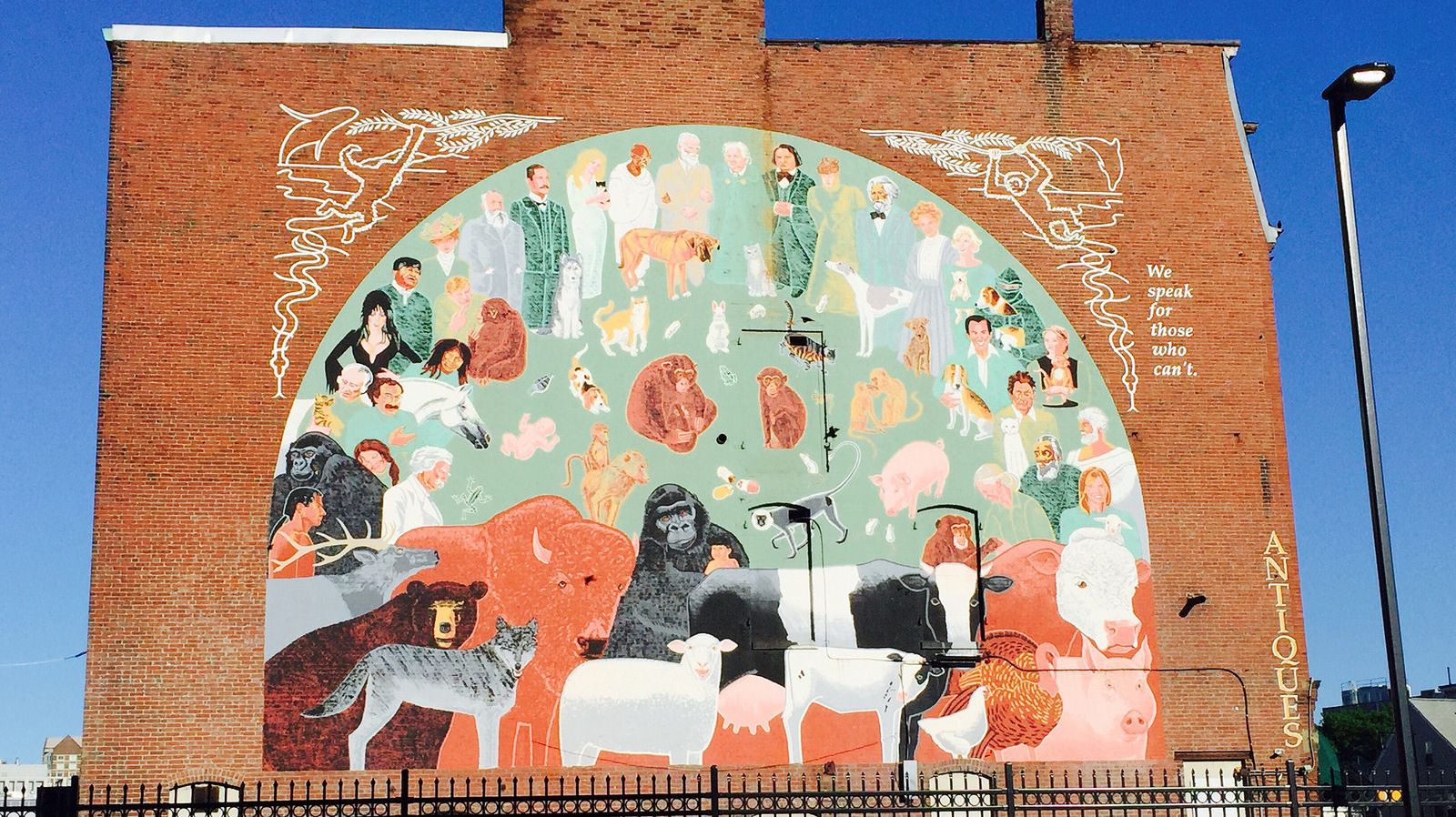 John Wachunas
John Wachunas directs content development and social media marketing at Spinlister. He is an avid traveler and published travel writer, as well as a co-founder and former content director at Embark.org.
Previous Post Aggieland Cycling: A College Station Bike Shop, A Proud Texas Heritage Next Post Bespoke Cycles: The Art of Good Science Behind a Hidden Bike Shop in San Francisco

Bike the Bridge: Blazing Saddles And A Legacy Of San Francisco Cycling

Bravo Spiros! You look like your father, as people say, I look like mine
Glad all is well.
Good cycling.
Peace & gratitude.
David