If you’re looking for the ideal Portland bike trail, consider it found.

No, this isn’t a classic case of clickbait hyperbole. Whether you’re talking about its accessibility, its location, its views, or its upkeep, the Eastbank Esplanade has all the attributes necessary for a five-star ride through the Rose City. 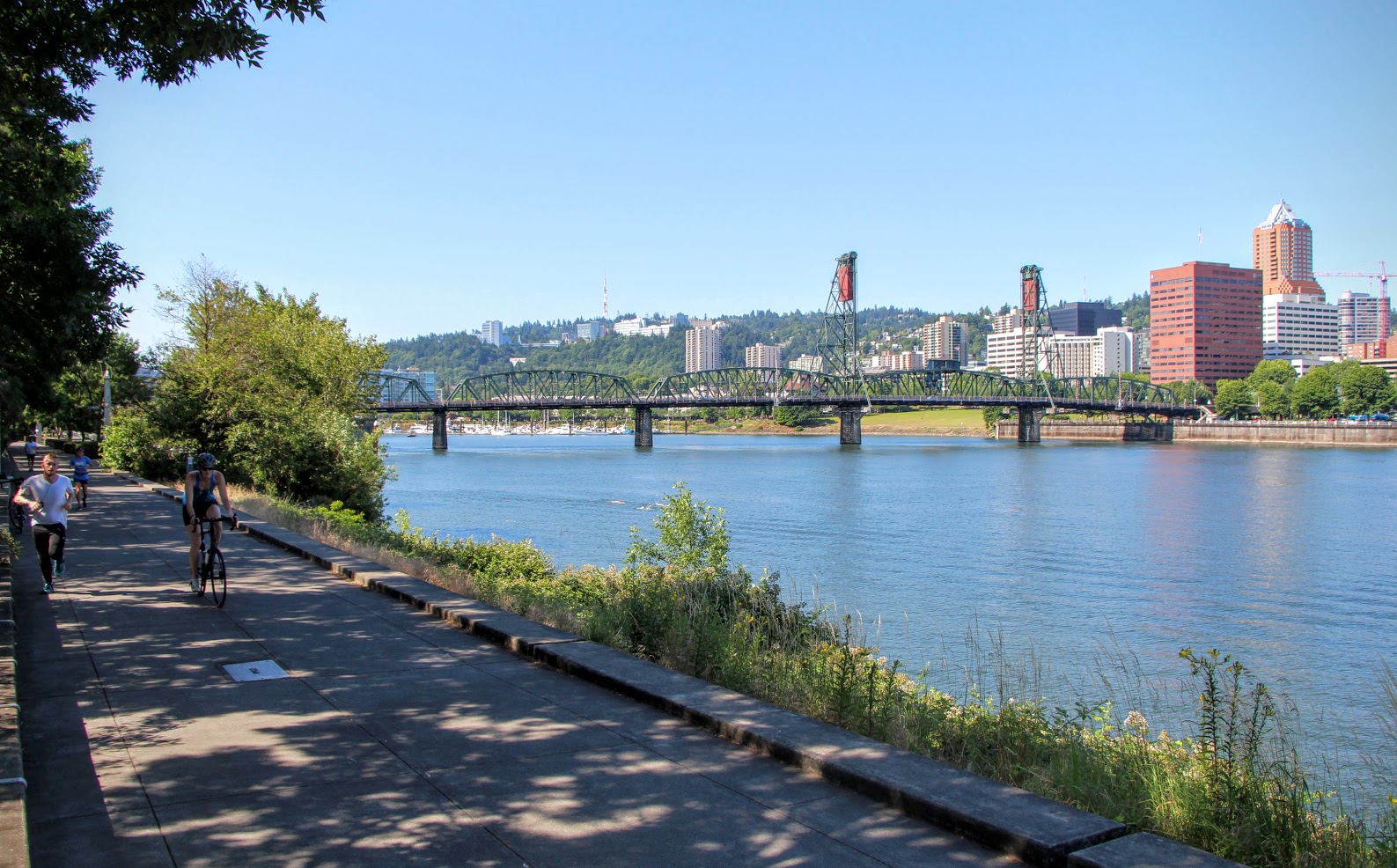 To make things even more appealing, it also serves as the connection between downtown Portland and the 21-mile Springwater Corridor – a pedestrian and cycle-way that originates in the nearby town of Boring. With such a wealth of car-free mileage at your disposal, you’re free to make the ride as long or as short as you’d like, depending on your ambition and preferred style of rental bike.

Is your curiosity piqued yet? Good. Before strapping up and hitting the road, take a minute to check out our map and route info below, then get out there and pedal Portland’s can’t-miss bike trail for yourself. 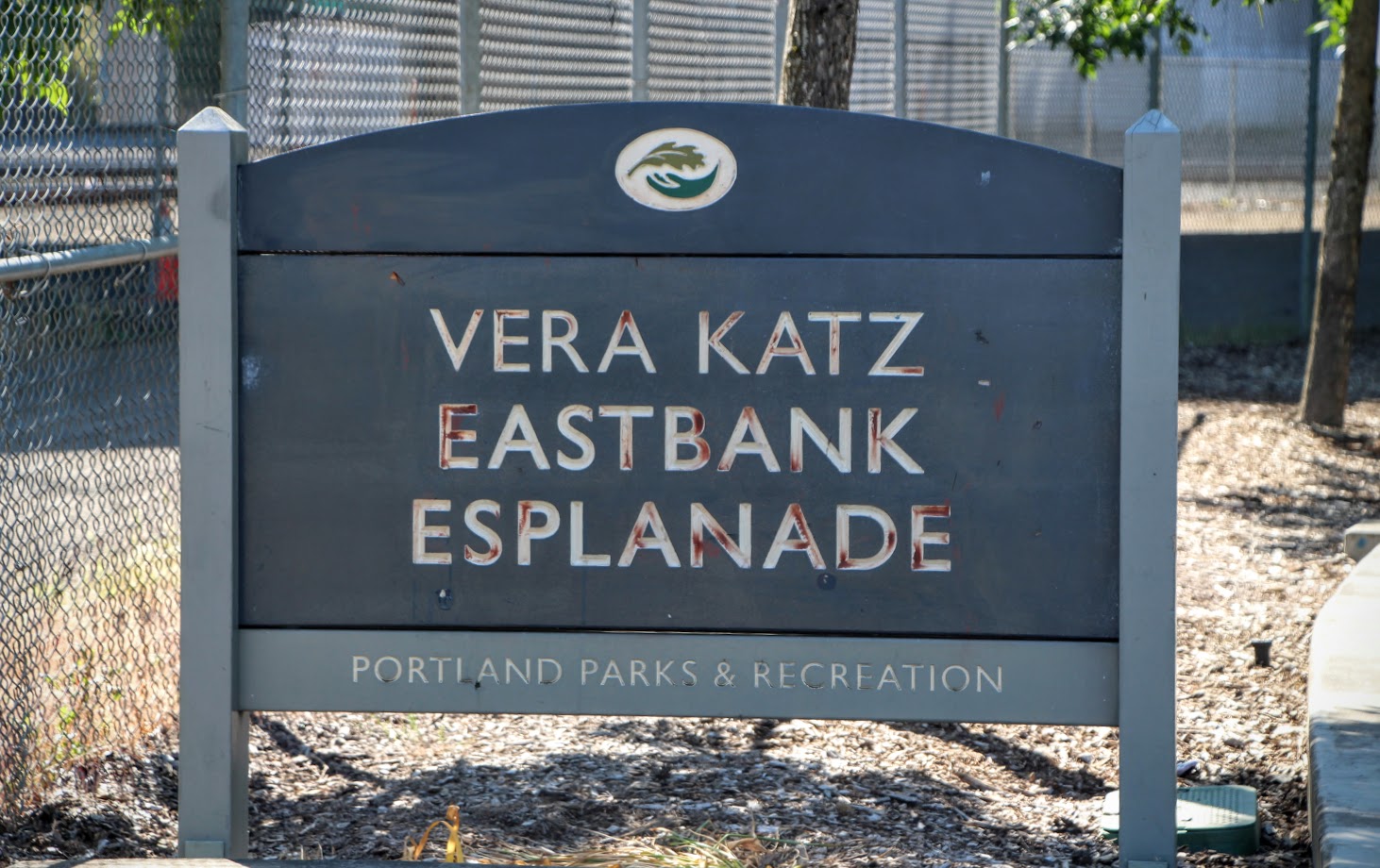 When the Willamette Valley was inundated with rain and snow melt in February of 1996, the resulting flood damaged a significant portion of Portland’s I-5 bicycle bypass. This helped solidify the need for an ambitious urban renewal project known as the Eastbank Esplanade, originally crafted two years earlier in 1994. Today, the 1.8-mile path from Steel Bridge to the Tilikum Crossing is one of the most beloved bike trails in the city, welcoming tens of thousands of cyclists annually (not to mention pedestrians, skateboarders, etc.). Both ends of the esplanade provide access to the west side of the river, and its manageable distance makes it a favorite for bikers of all persuasions. 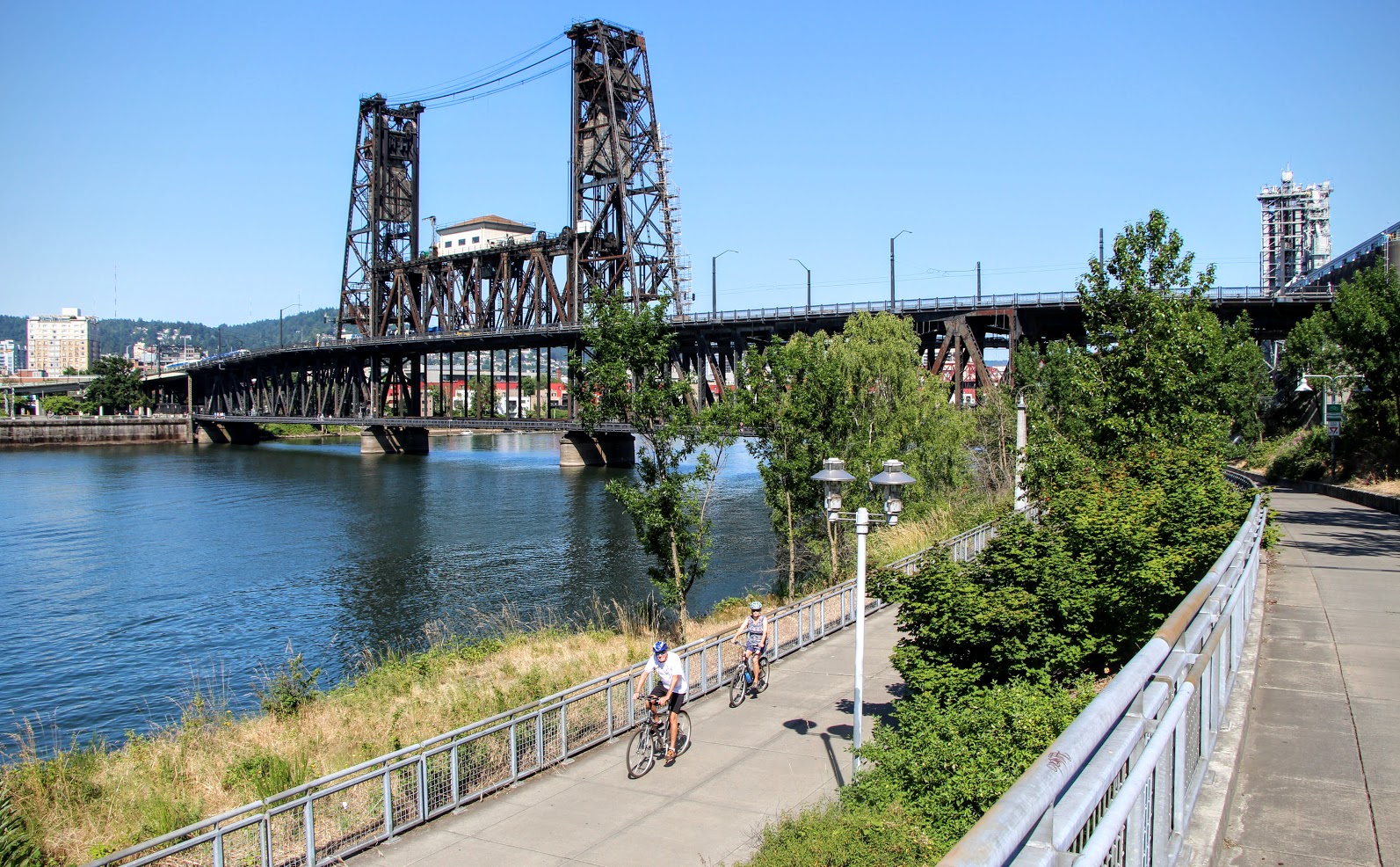 Find the Perfect Ride for Cycling the Eastbank Esplanade: 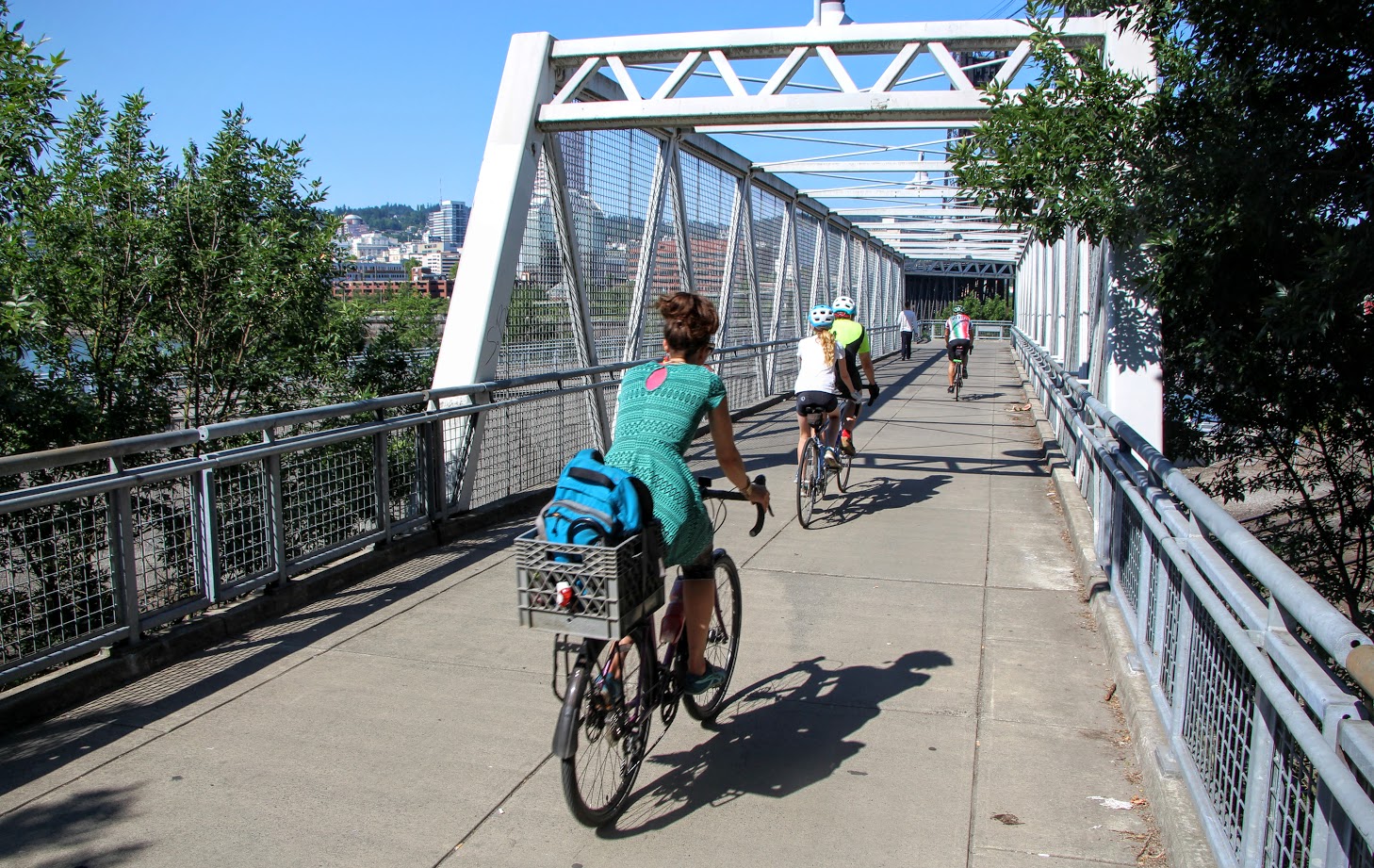 Perhaps the most notable feature of the Eastbank Esplanade is its “floating walkway” – a suspended section of the path that carries riders under the historic Burnside Bridge. At 1,200 ft (370 m), it’s the longest such structure in the US. There’s also a smattering of public artwork laid out along the trail, as well as plenty of docks and vista points from which to appreciate the stunning views of downtown Portland just across the Willamette. 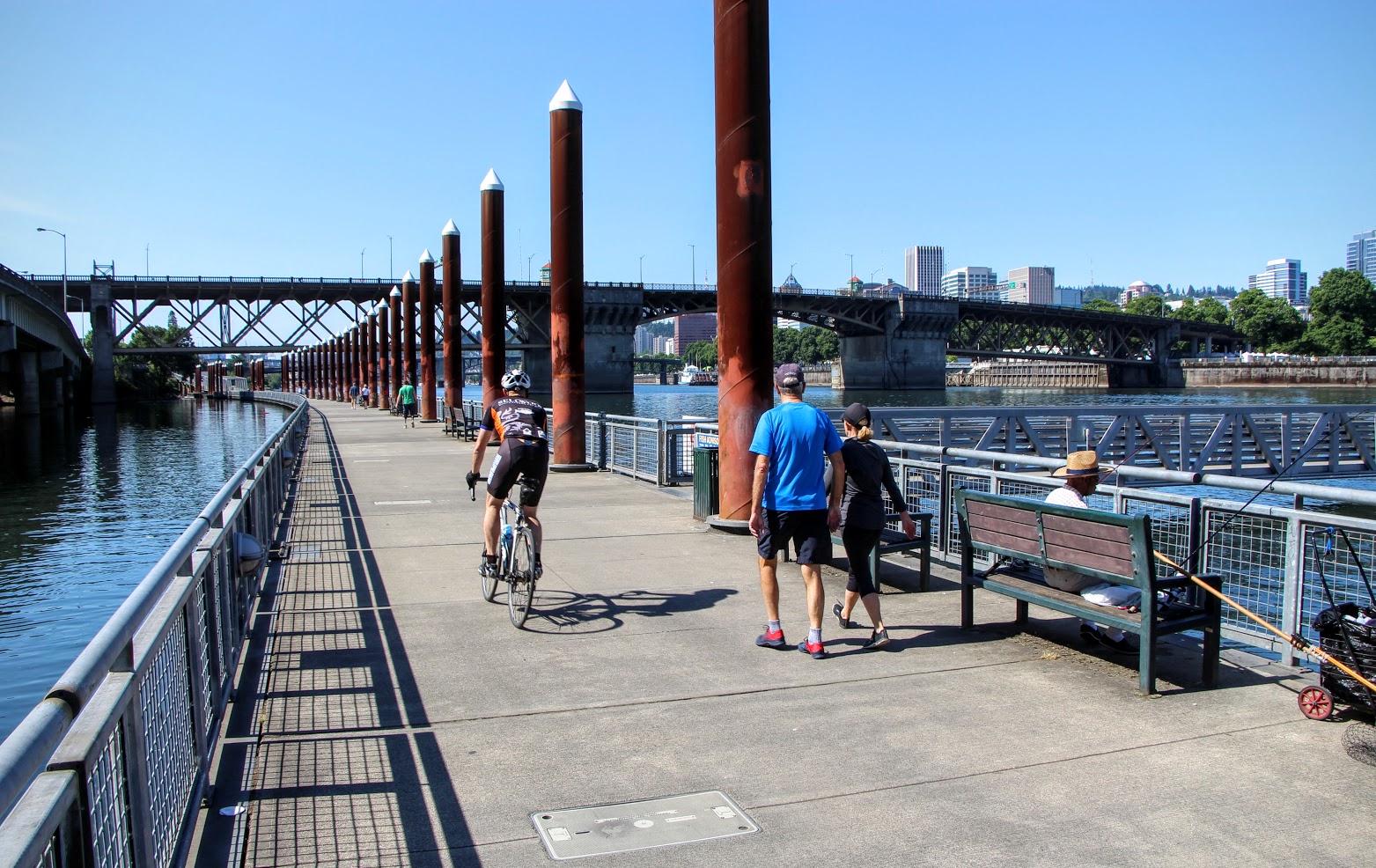 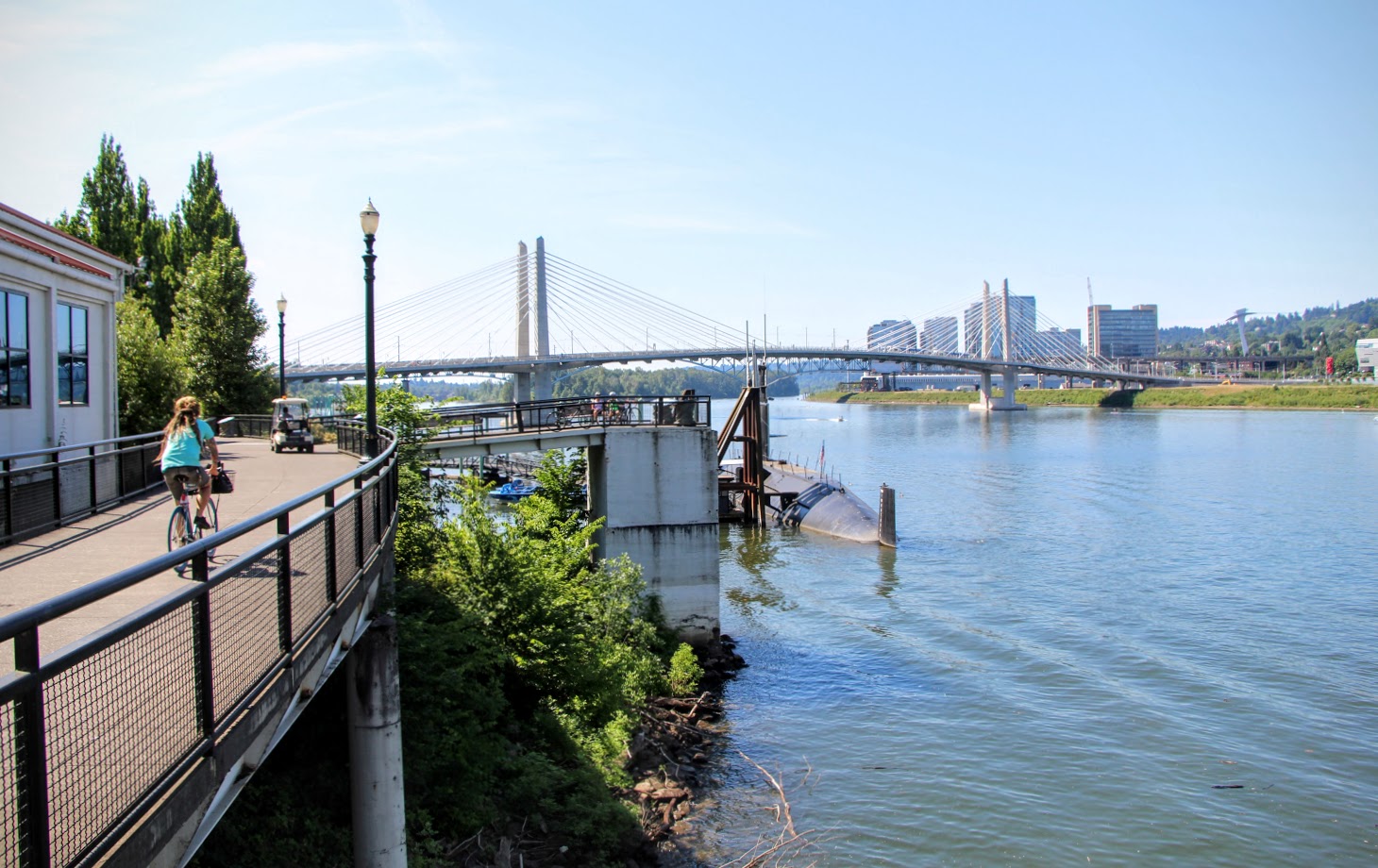 Running from SE 4th Ave in Portland to Route 212 in Boring, the 21.1-mile Springwater Corridor offers cyclists a scenic way to navigate the towns and landscapes southeast of the city. The bulk of the trail follows along the banks of both the Willamette River and Johnson Creek, traversing the latter multiple times on its way from Sellwood out east. 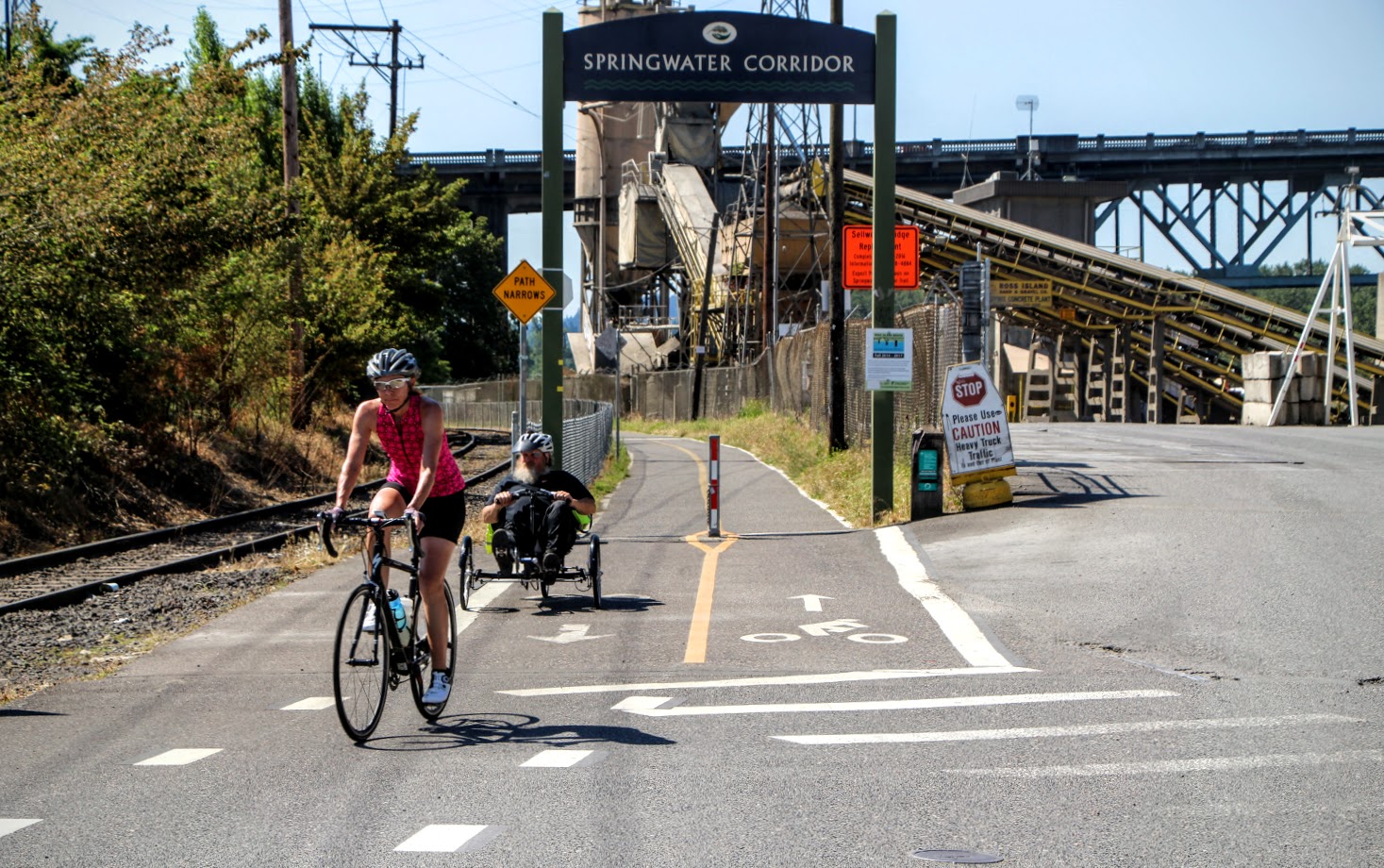 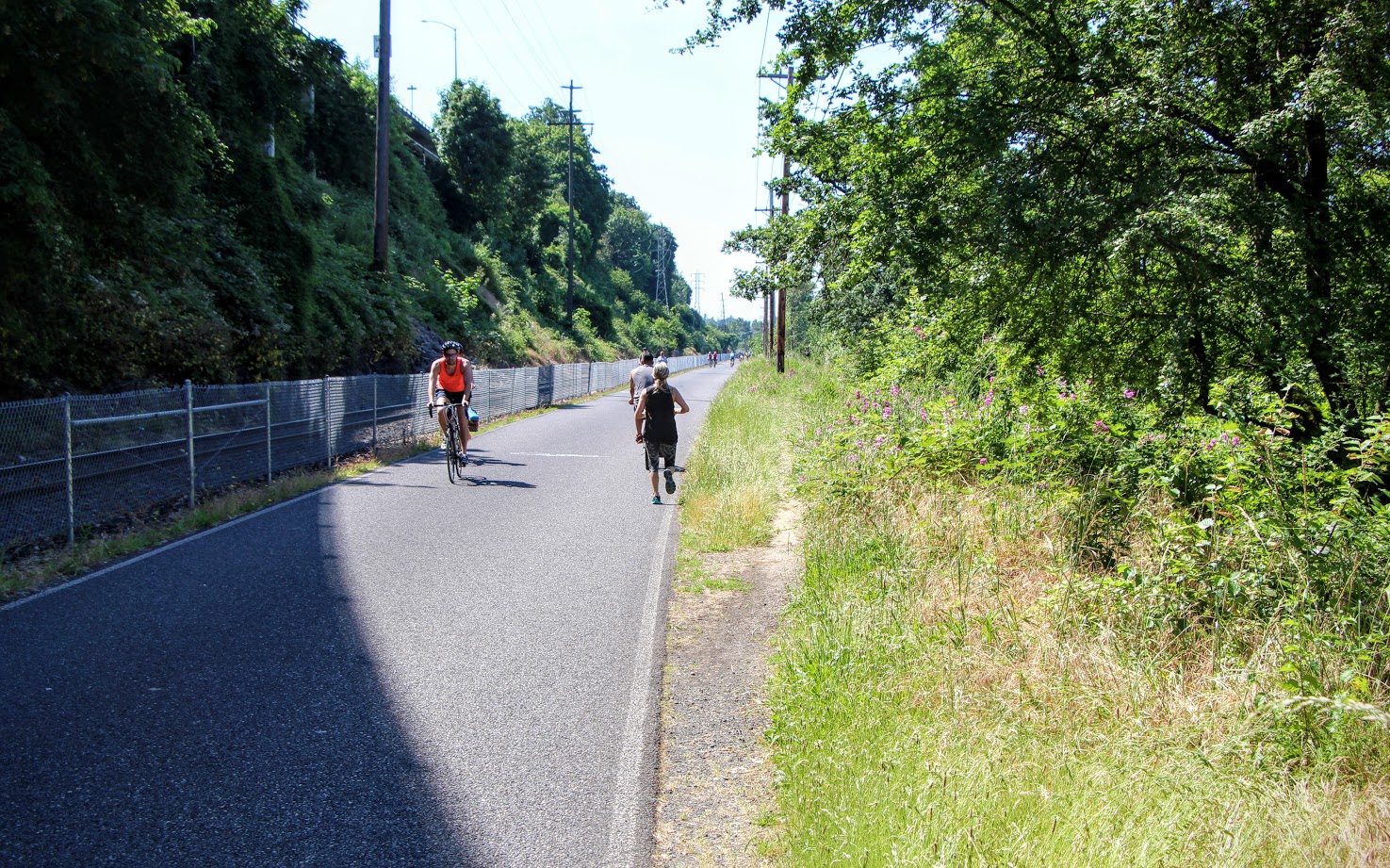 Despite its wide, smooth tarmac, Springwater Corridor has become a source of contention in recent years due to the sizable homeless encampments that have popped up alongside certain stretches of the trail. The 1-mile strip between I-205 and SE 82nd Ave in Lents is one such section. While the mayor and city officials have vowed to clean up the corridor, it remains unclear what would be done with the 500+ homeless who currently call it home. For this reason, even though we certainly don’t want to dissuade you from broadening your cycling horizons, we’ve chosen to end our mapped route once the Springwater Corridor hits Sellwood. 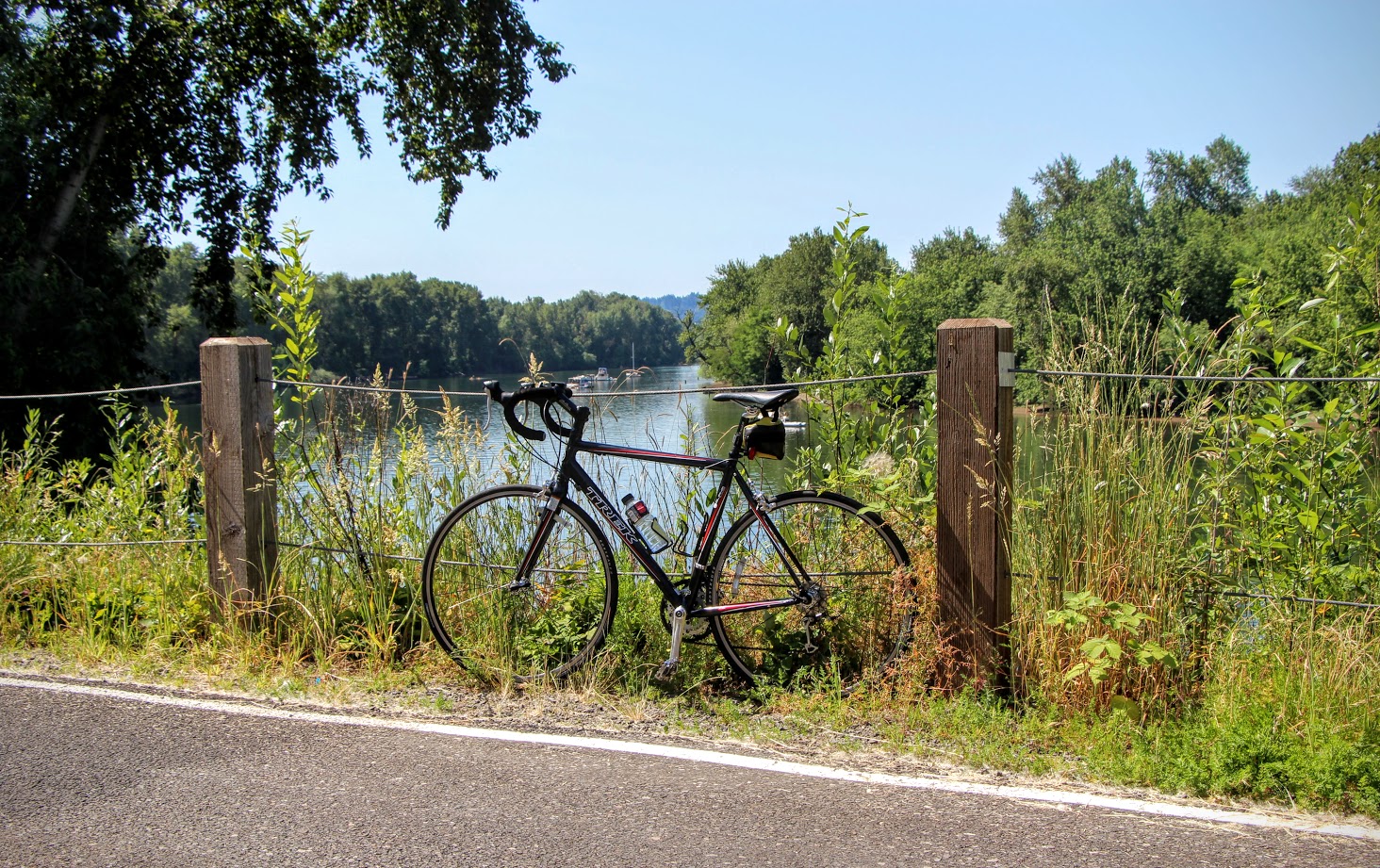 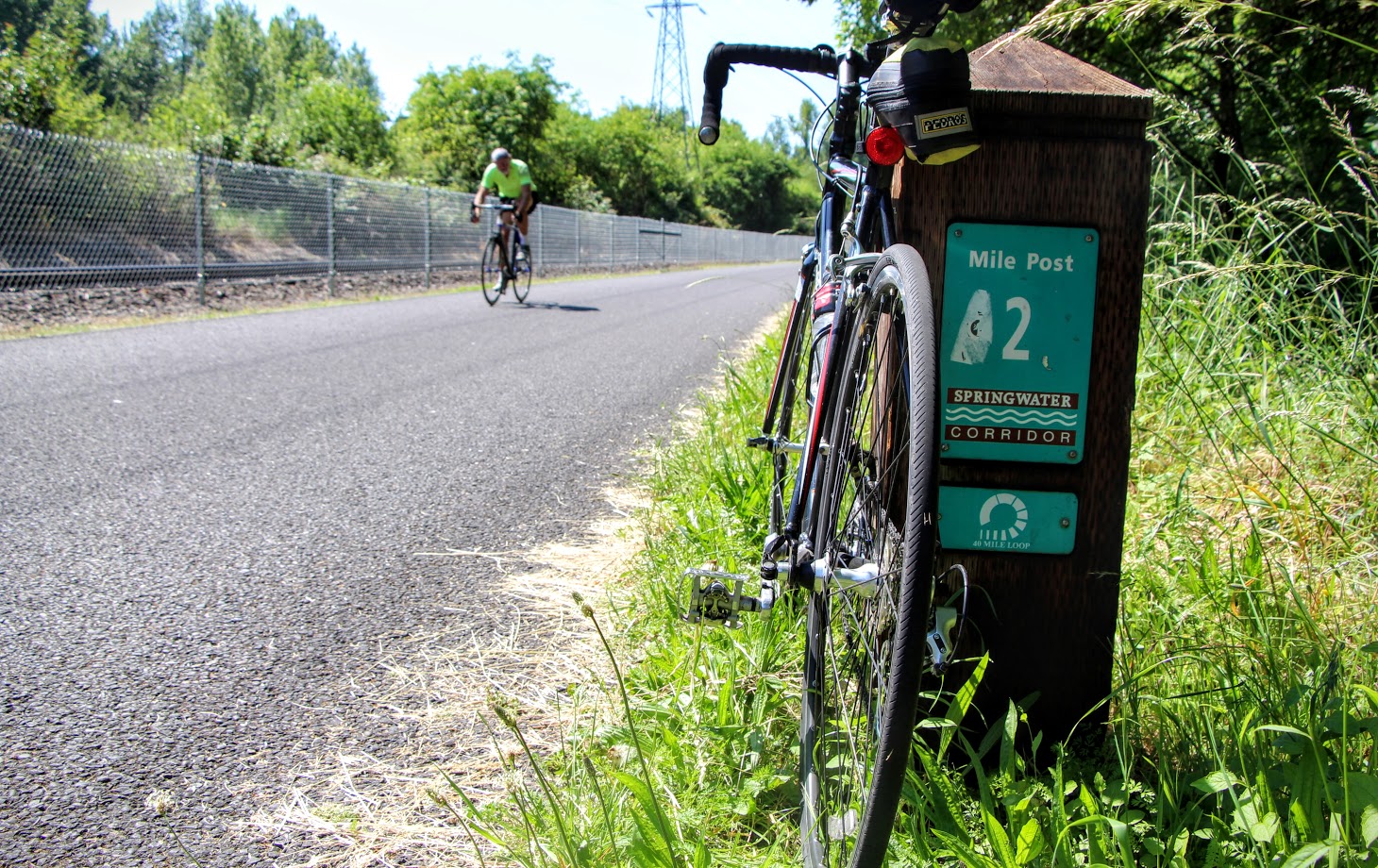 John Wachunas
John Wachunas directs content development and social media marketing at Spinlister. He is an avid traveler and published travel writer, as well as a co-founder and former content director at Embark.org.
Previous Post Rocky Butte: A Bike Ride Up The Volcanoes Of East Portland Next Post Portland Pedestrian Bridge: Biking The Waterfront Park Trail To Tilikum Crossing