So you’re off to take that spiffy new rental bike for a spin on the Embarcadero, are you? A wise choice, as this 3-mile roadway constitutes one of the most cycle-friendly coastal stretches in San Francisco. 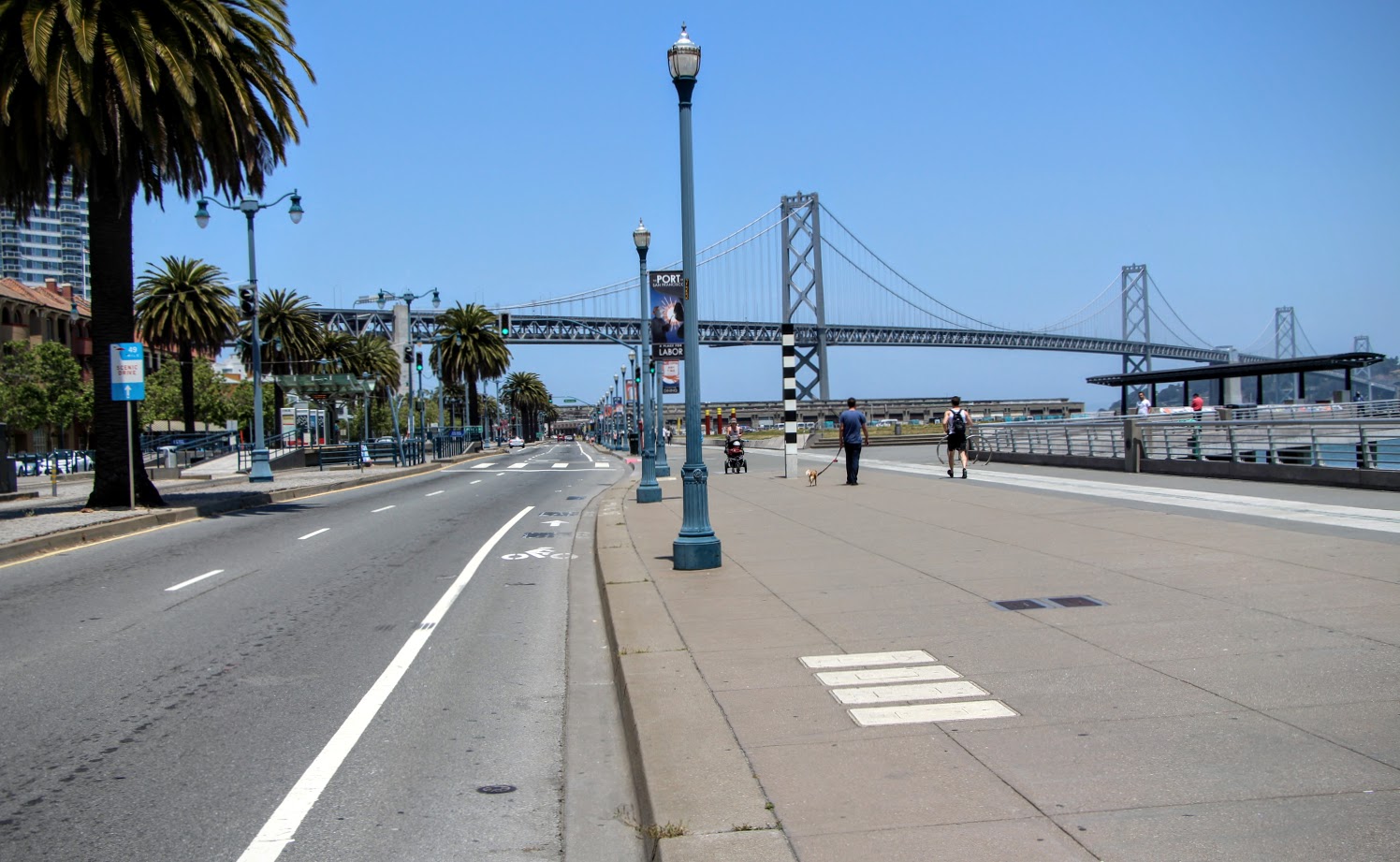 To fully appreciate the ride, however, you’ll want to brush up on a couple of things: namely, what you’ll be seeing along the way, and the rich history that makes this part of the city so interesting in the first place.

As luck would have it, we here at Spinlister just might be able to help.

In the early years of the 20th century, before new bridges, world wars, and container shipping forever changed the face of the city’s waterfront, the exterior of San Francisco’s Ferry Building was one of the three most heavily trafficked plazas in the world. Its historic piers were constantly abuzz with consumers and goods being shipped to and from the mainland, which explains how the adjacent avenue received its nickname. 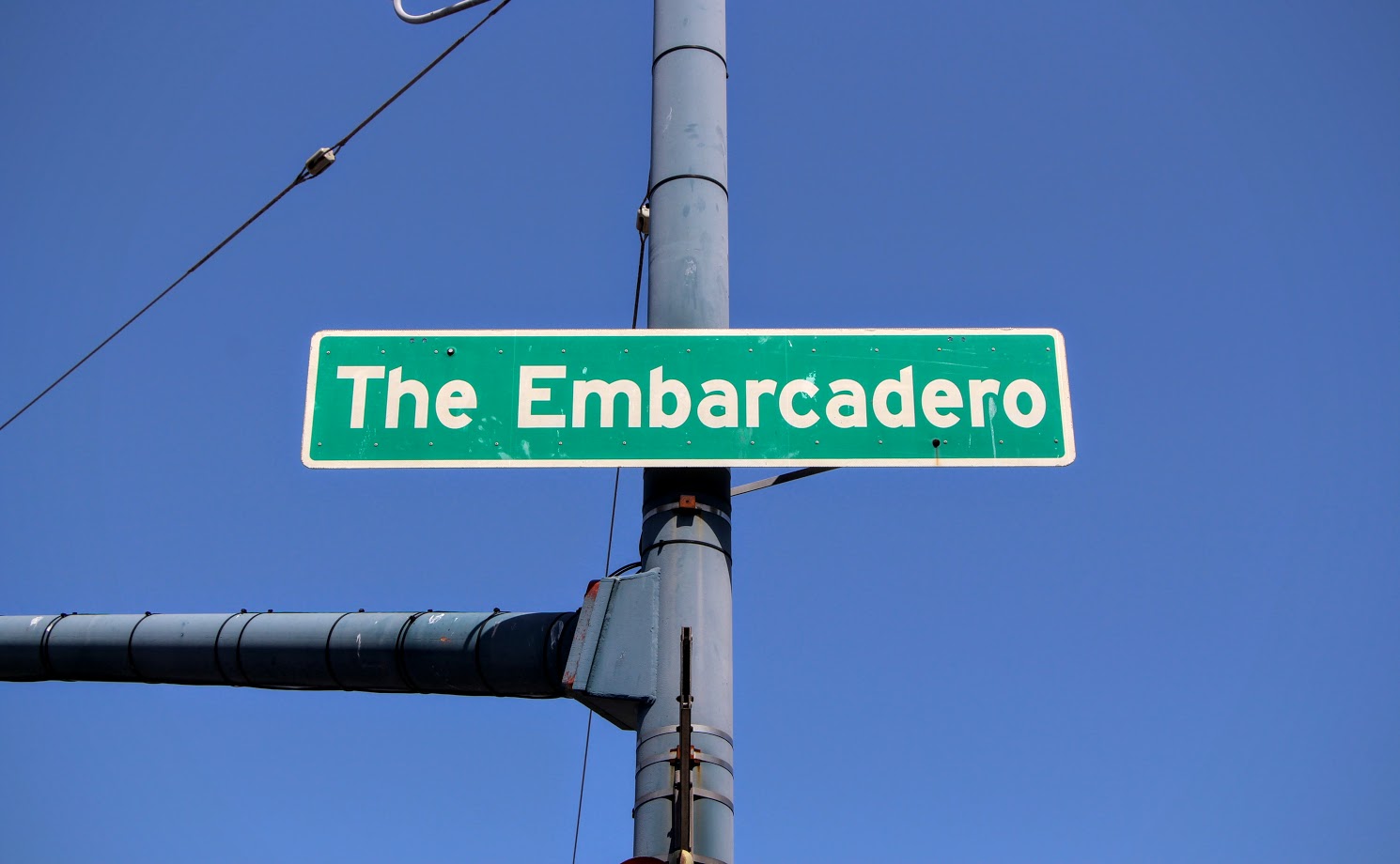 For the record, “embarcadero” literally means “pier” or “a place from which to embark” in Spanish.

Fast forward 100 years and this palm-tree laden coastal parkway has been completely transformed, particularly since the removal of the cumbersome Embarcadero Freeway in 1991. Passengers and motorists have progressively been replaced by visitors and outdoor enthusiasts, making northeast San Francisco the thing of visiting cyclists’ dreams. 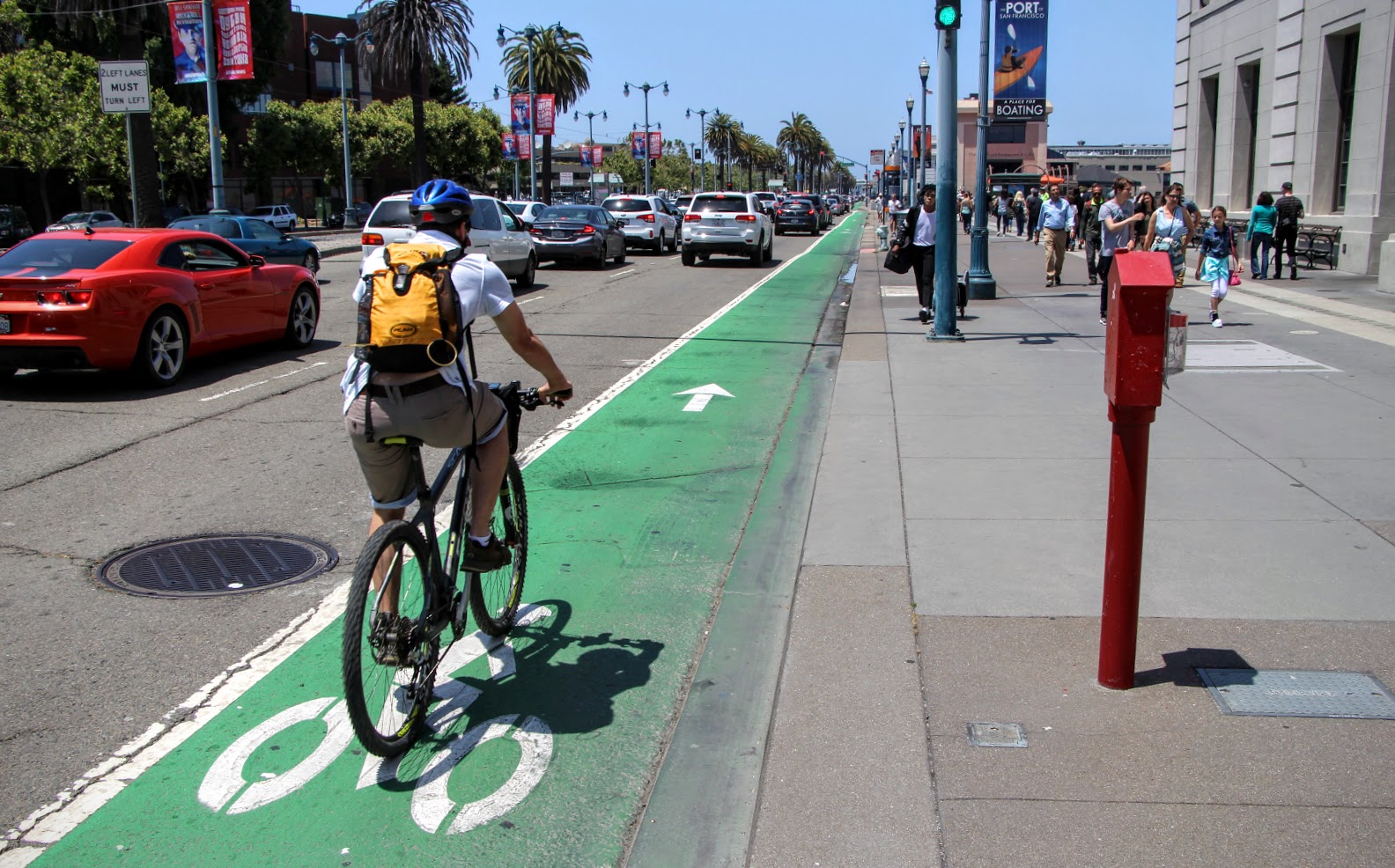 So just what is there to see along the ride from South Beach to Fisherman’s Wharf? Well, here are just a few of our favorite highlights.

Situated directly on the banks of McCovey Cove, AT&T Park has been the home of the San Francisco Giants since the opening pitch was tossed out here in 2000. The grounds surrounding the stadium are dotted with monuments to former team greats including Willie Mays and pitcher Juan Marichal, as well as a cycling and pedestrian pathway that marks the southern end of the San Francisco Bay Trail. As you can imagine, things get pretty crowded around the park during home games, but remain manageable throughout the rest of the year. 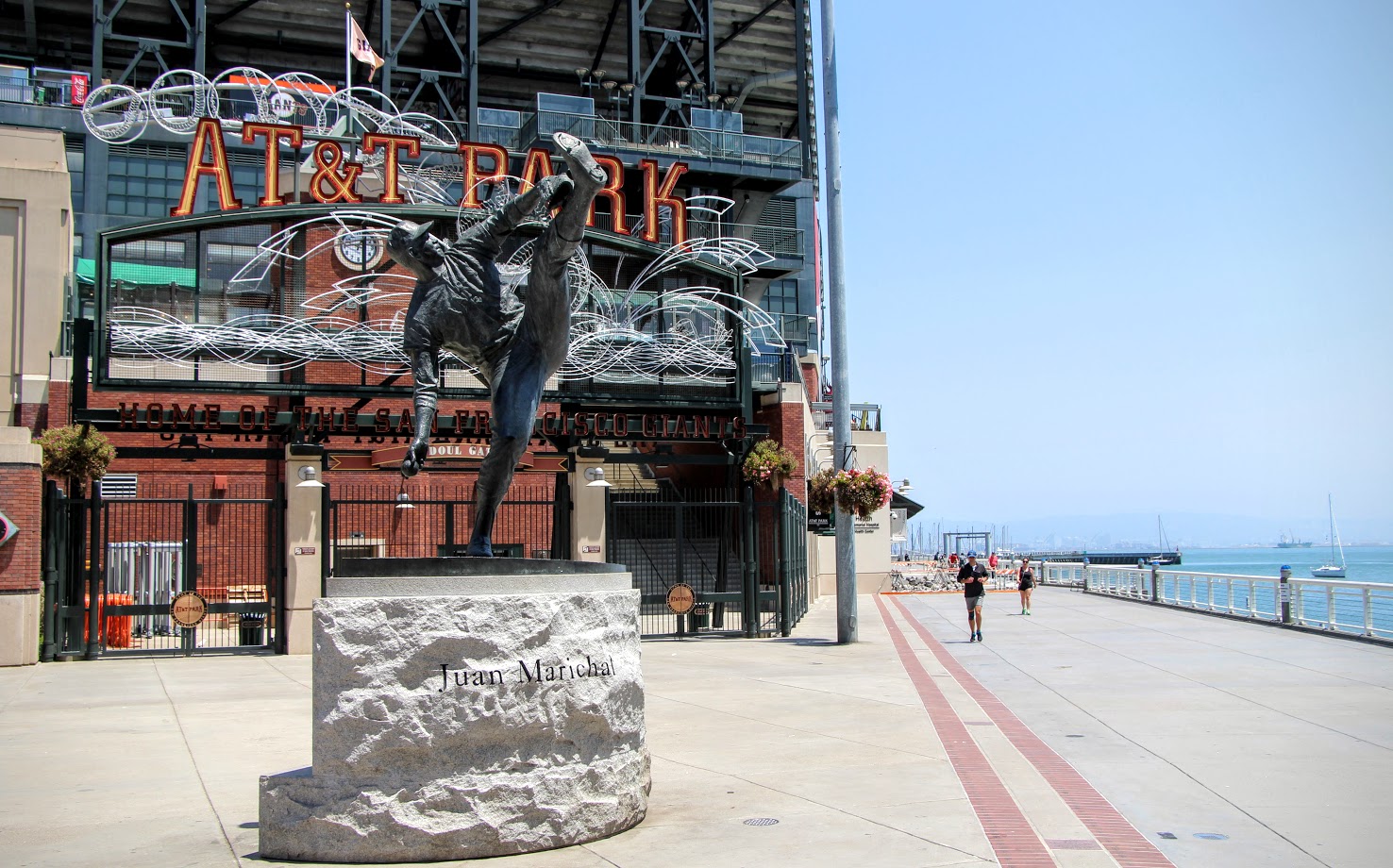 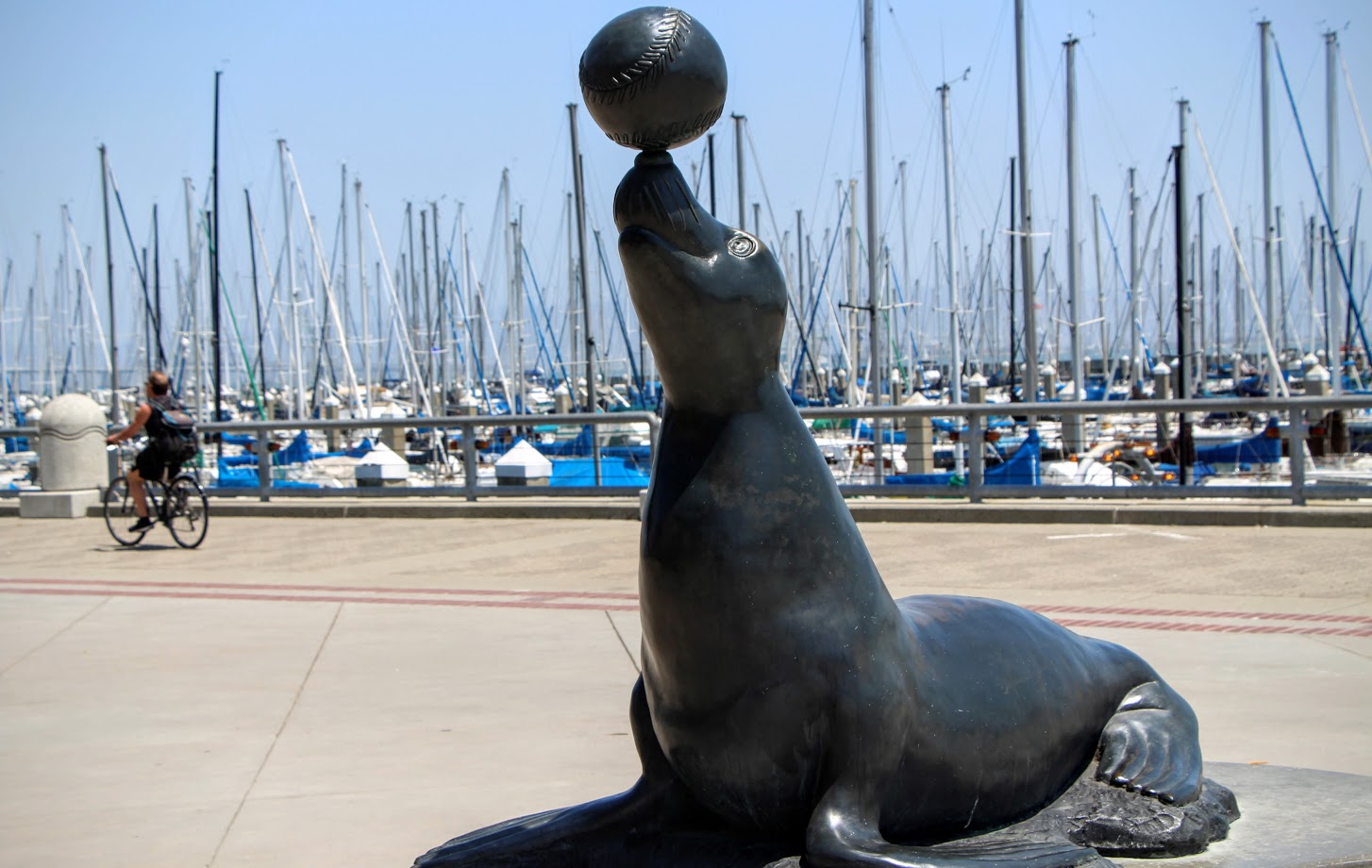 Located just north of the Bay Bridge, Rincon Park is one of San Francisco’s more memorable public spaces despite its fairly compact size. For starters, it’s pretty difficult to miss Claes Oldenburg and Coosje van Bruggen’s massive “Cupid’s Span” sculpture, which depicts a colorful bow and arrow angled face down and partially “covered” by the grass. Even if you’re not interested in urban artwork, the neatly manicured lawn and stellar views over San Francisco Bay make for an experience you’ll probably want to dismount to appreciate. 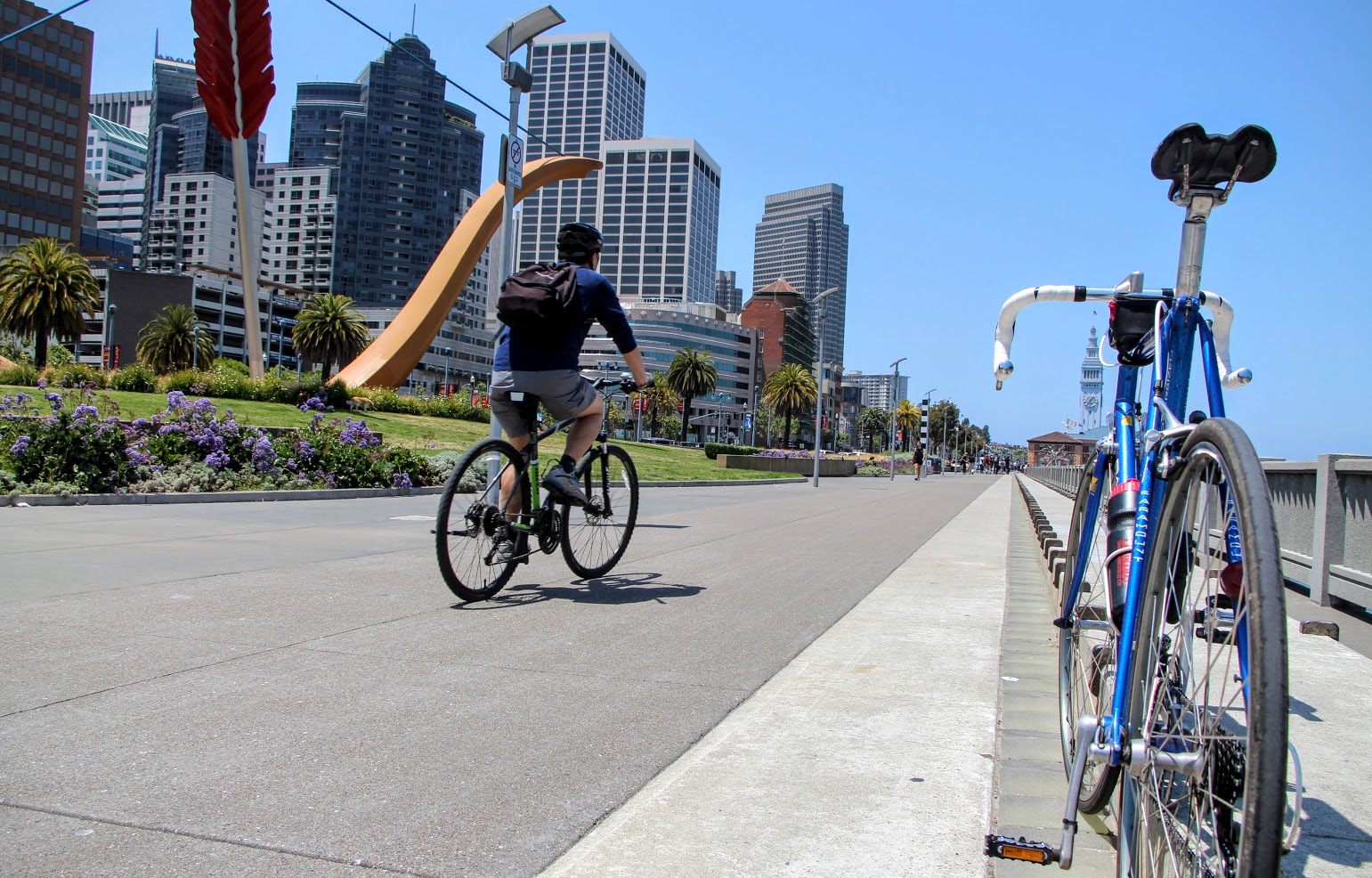 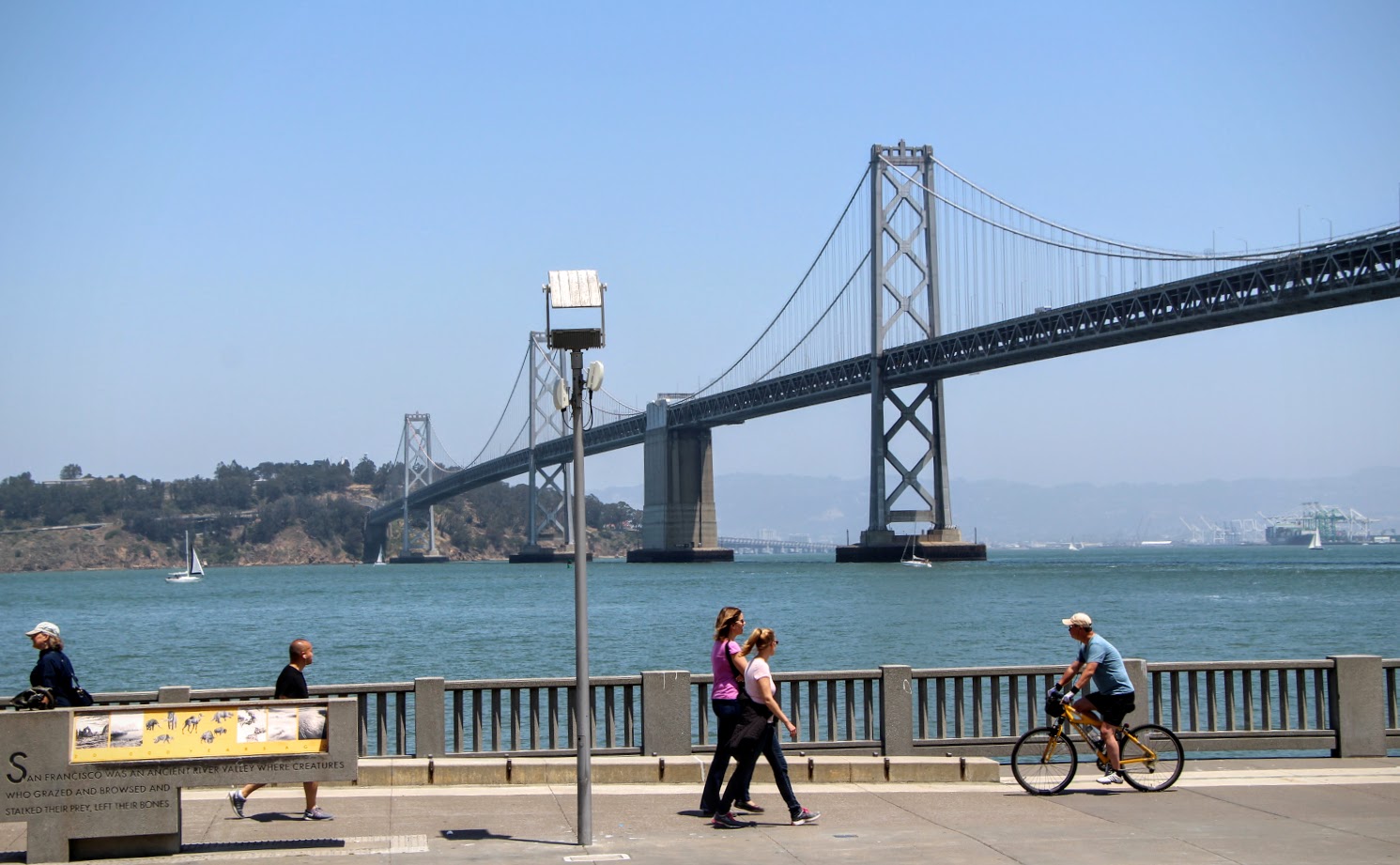 The historic San Francisco Ferry Building first opened its doors in 1898, playing a crucial role in the city’s growth and commerce up through WWII. Once the automobile industry rendered travel by boat nearly obsolete, the structure fell into disuse, and was literally cut off from the bulk of San Francisco by the Embarcadero Freeway for 35 years. Thankfully, the Ferry Building has since been returned to its former glory, and these days houses one of the city’s most vibrant indoor marketplaces. 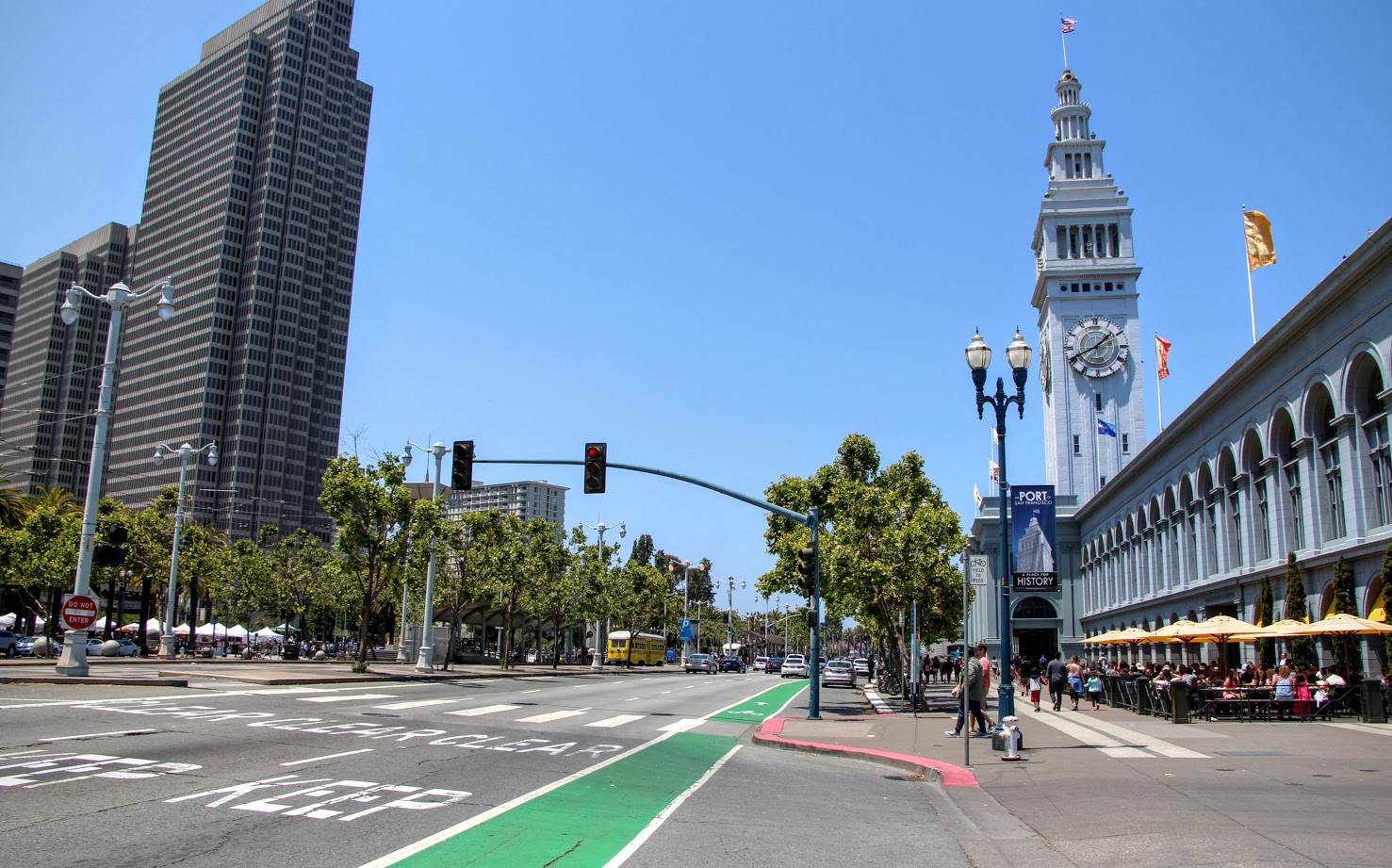 The closer you get to Fisherman’s Wharf and the end of the Embarcadero, the more foot and bicycle traffic you’re likely to encounter. Them’s the breaks, kid. Keep a good attitude about you, however, and you just may find this to be one of the most pleasant three-mile stretches in all of San Francisco. 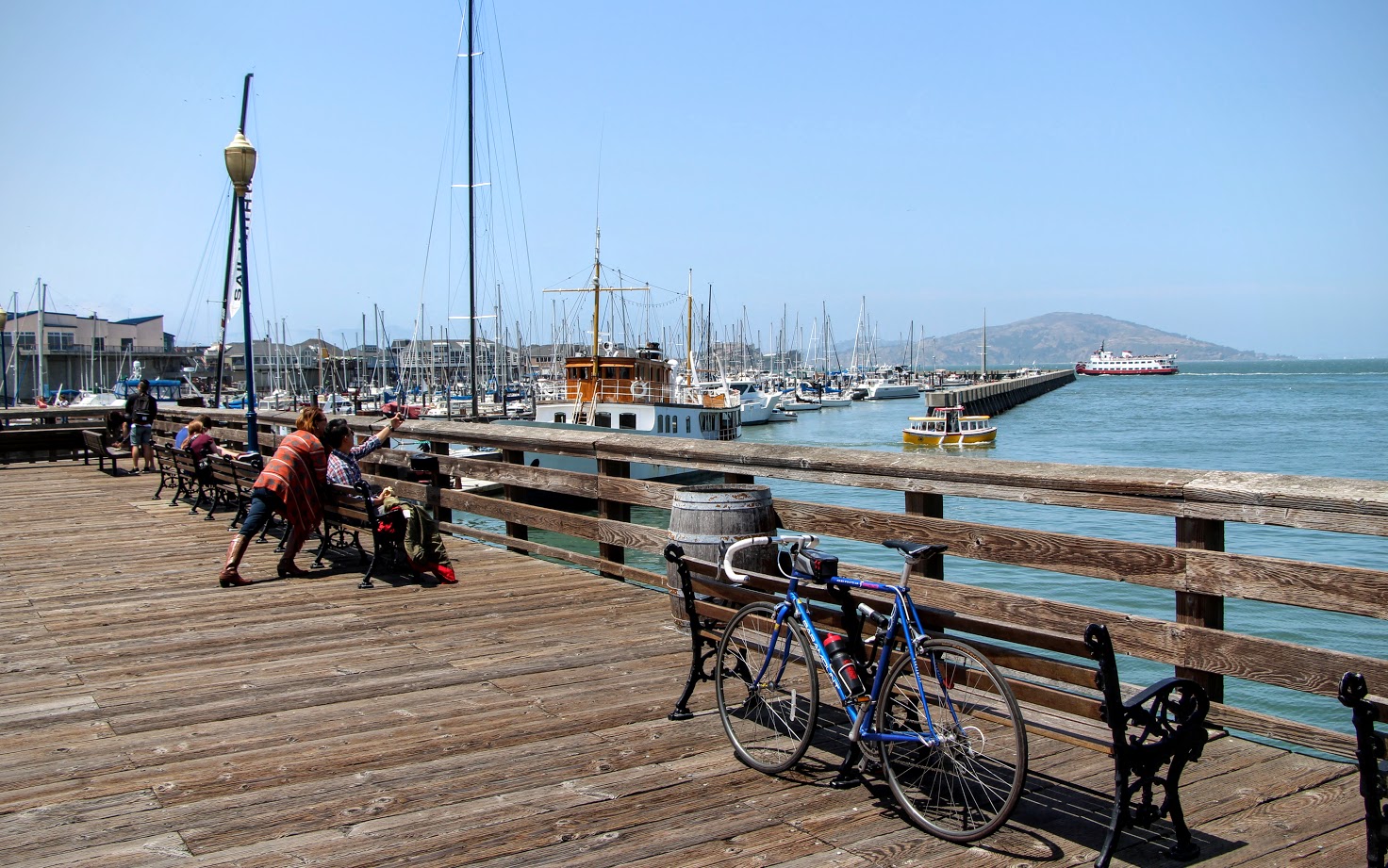 John Wachunas
John Wachunas directs content development and social media marketing at Spinlister. He is an avid traveler and published travel writer, as well as a co-founder and former content director at Embark.org.
Previous Post Bike The Bay: A Must-See One Day Cycling Tour In San Francisco Next Post Kelley Point Park: A Bike Ride To Portland’s Hidden Northern Beach