It’s hard to go wrong with a name like the Great Highway.

Running north-south for 3.5 miles along the Pacific Coast of San Francisco, it’s a straight shot of pure beachy goodness from Fort Funston to Lands End. Because it’s gloriously level, the route also happens to be a favorite for area cyclists who don’t mind swapping out wicked inclines for a little city traffic. 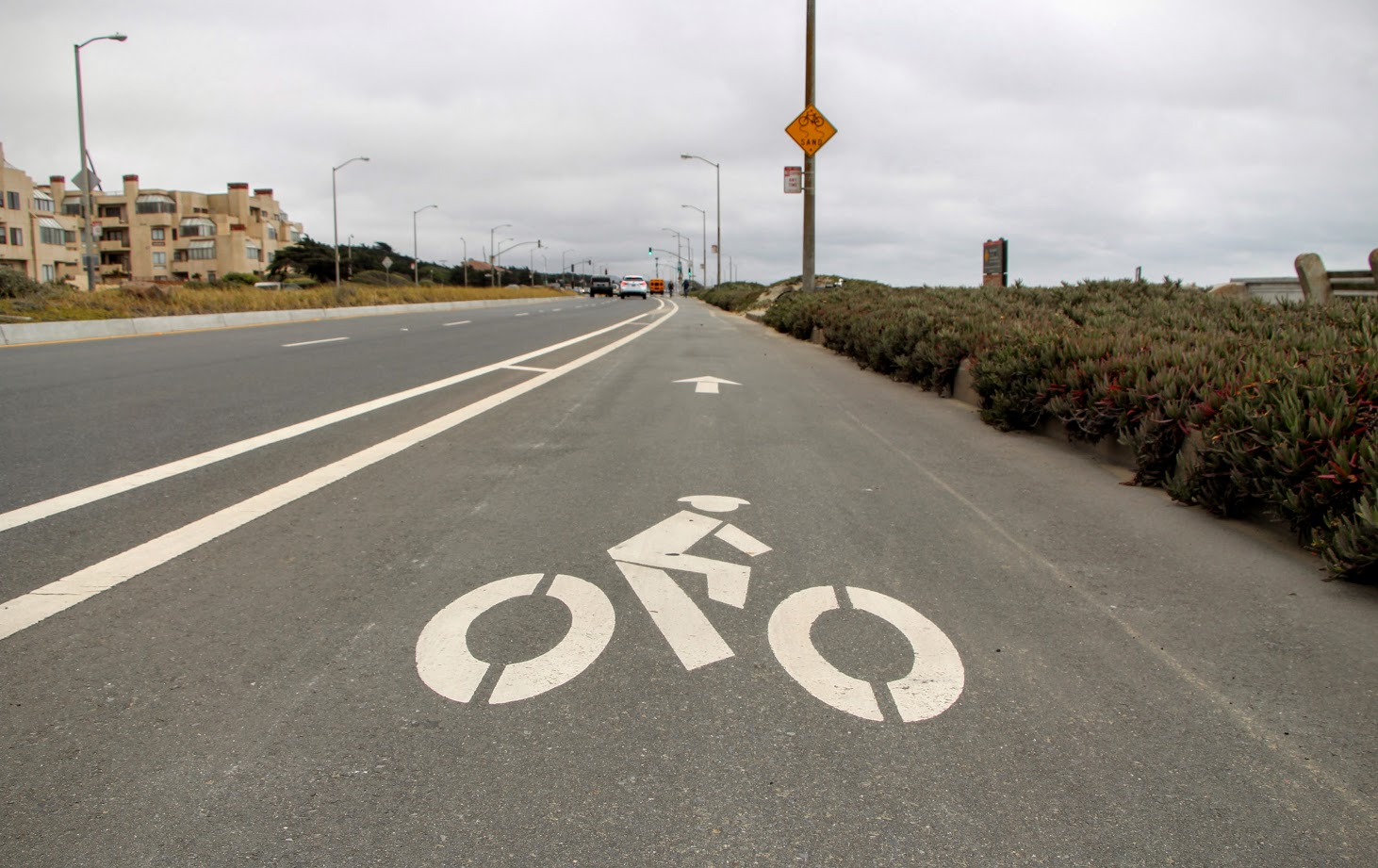 And then there are the views… 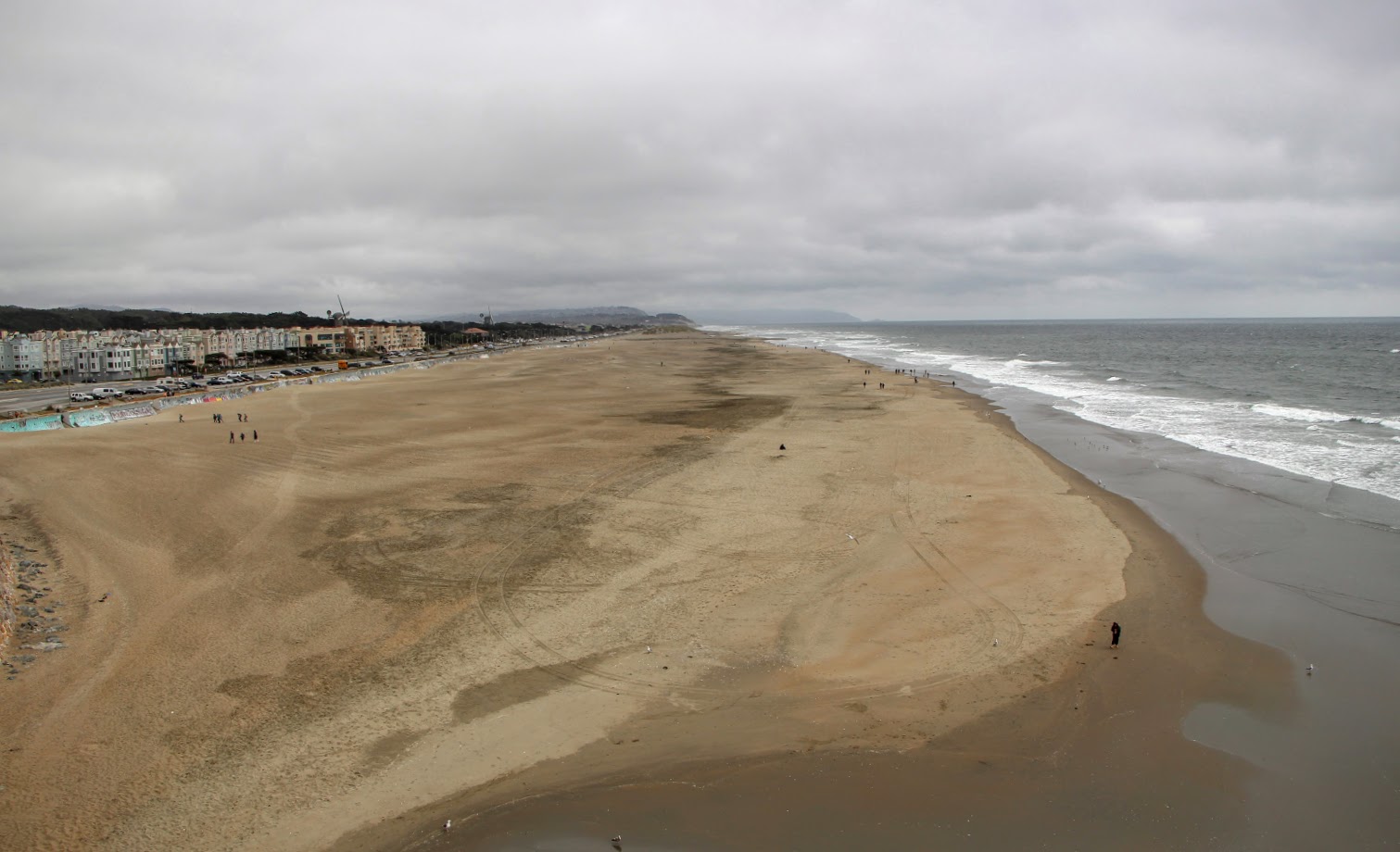 Though the ride itself is pretty cut and dry, there are a few things to consider in order to help get the most out of the experience.

Chief among these is knowing your comfort zone. Over the years, strategically timed stoplights and a posted speed limit of 35 mph have helped to deter speeders from taking to the Great Highway full bore. Still, it’s not uncommon to be passed by cars doing close to 50 mph, so for anyone not used to pedaling alongside traffic this can be something of an unnerving experience.

You’ll also want to pay attention to sand being blown in from the beach, as there are times when the road has to be closed down entirely due to significant buildup on the peripheries. 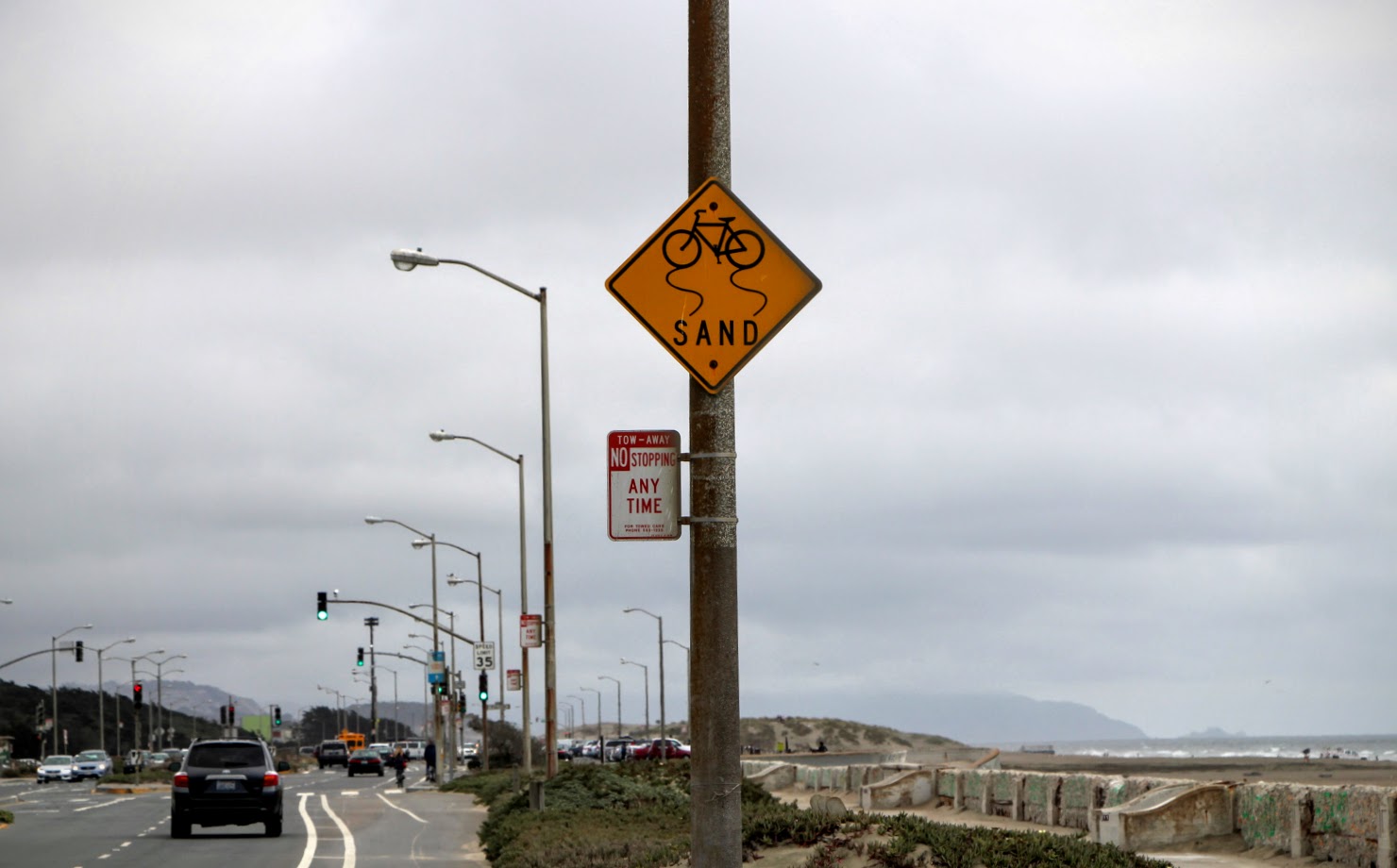 If all of this is starting to sound a little too risky for your liking, don’t fret. On most days, the ride along the Great Highway is stress free, and there’s a parallel cycle-friendly walkway just to the east for those who prefer the road less driven. 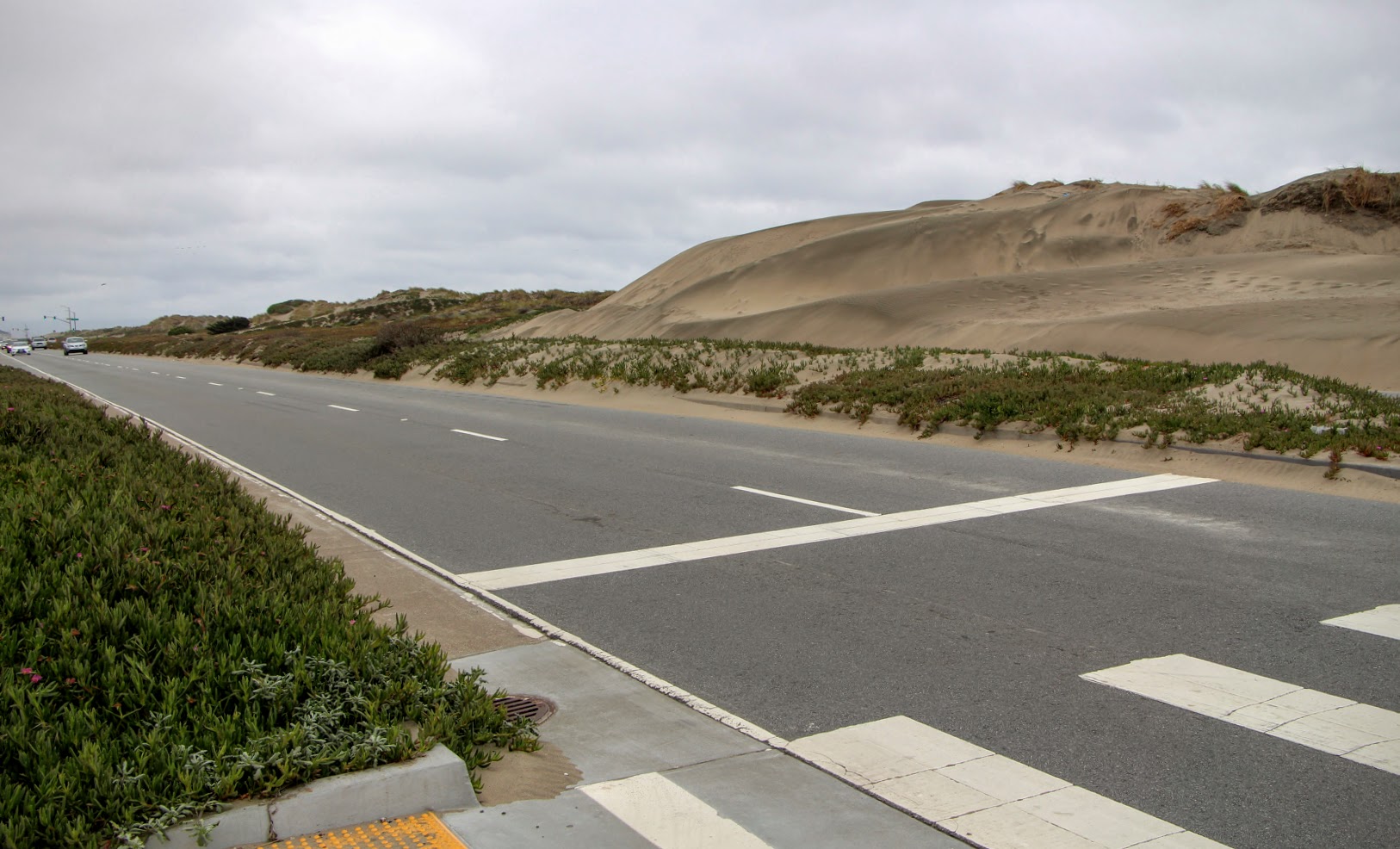 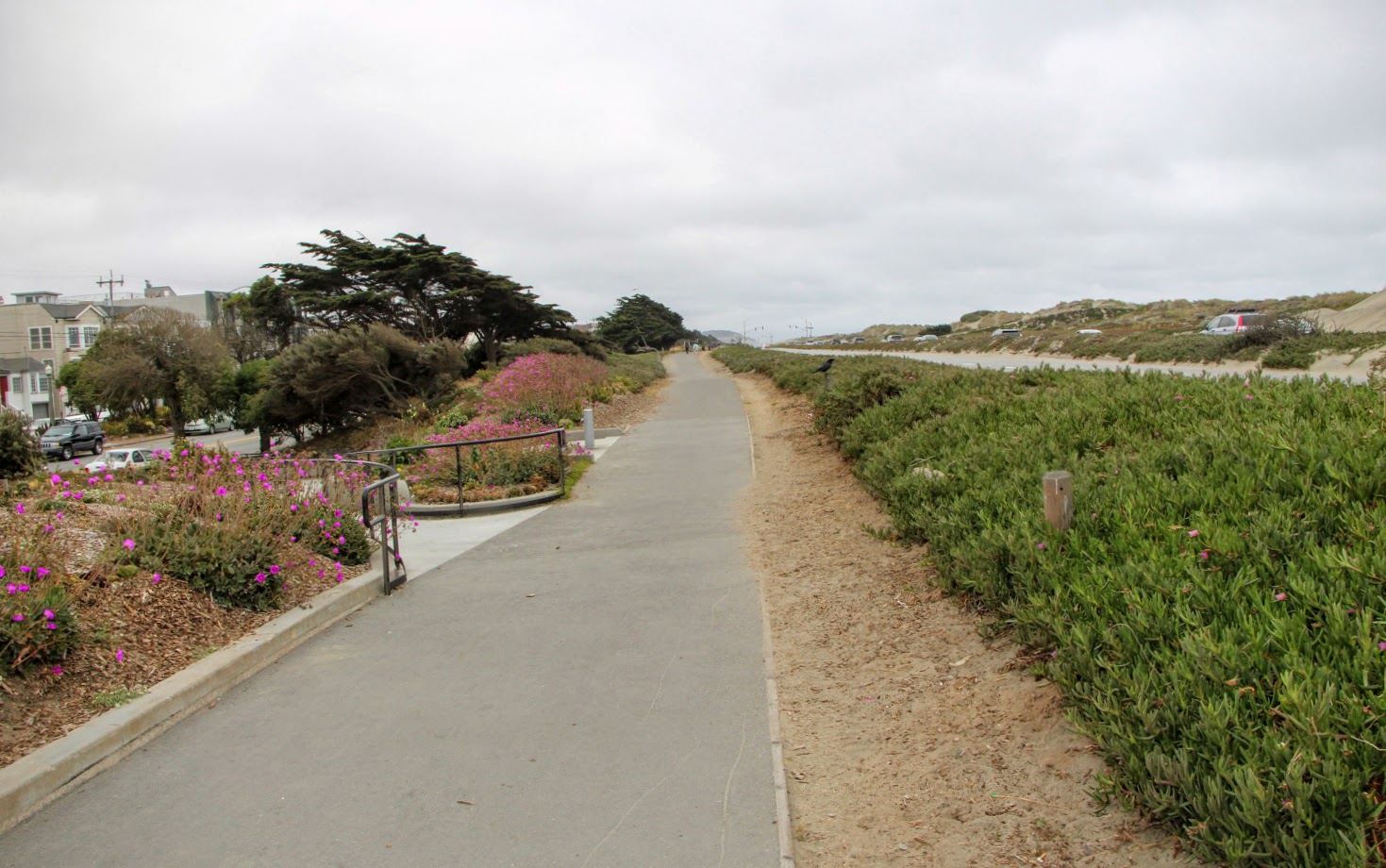 Now we know what you’re thinking: 3 flat miles doesn’t exactly constitute a tour de force, especially in a city with as much cycling chops as San Francisco. Touché.

If you want to extend your day out along the coast, consider capping off the ride with visits to Lake Merced Park and the unmistakable Sutro Baths. The former is a scenic watery respite on the far southwest corner of the city, while the latter was hailed as the largest indoor swimming facility in the world when it opened in 1896. 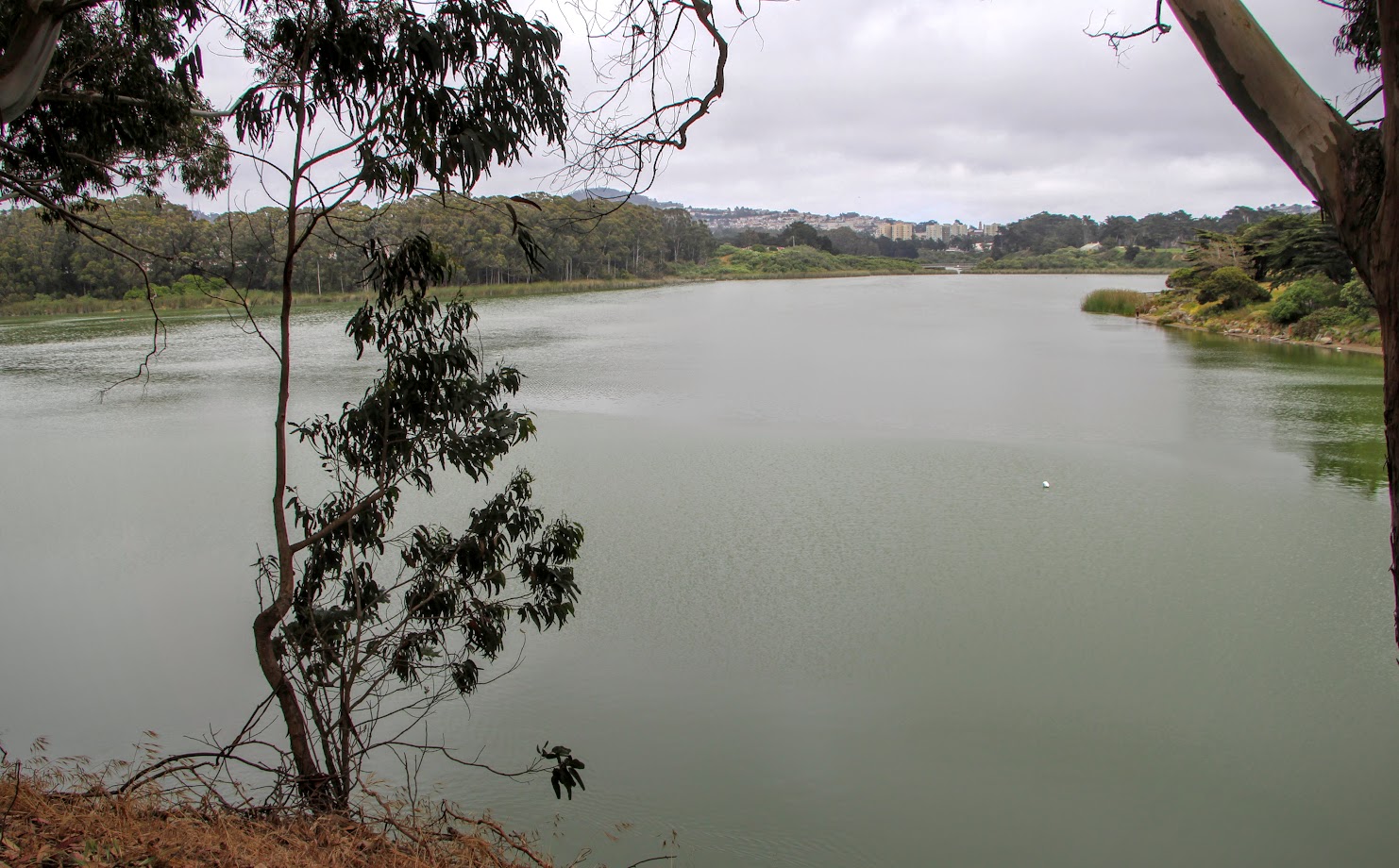 Of course these days, due to a fire in 1966, not much remains of the Sutro Baths besides the facility’s foundation and a few historic markers. With jaw dropping views over Lands End and Golden Gate, however, you’ll be hard pressed to find anything to complain about. 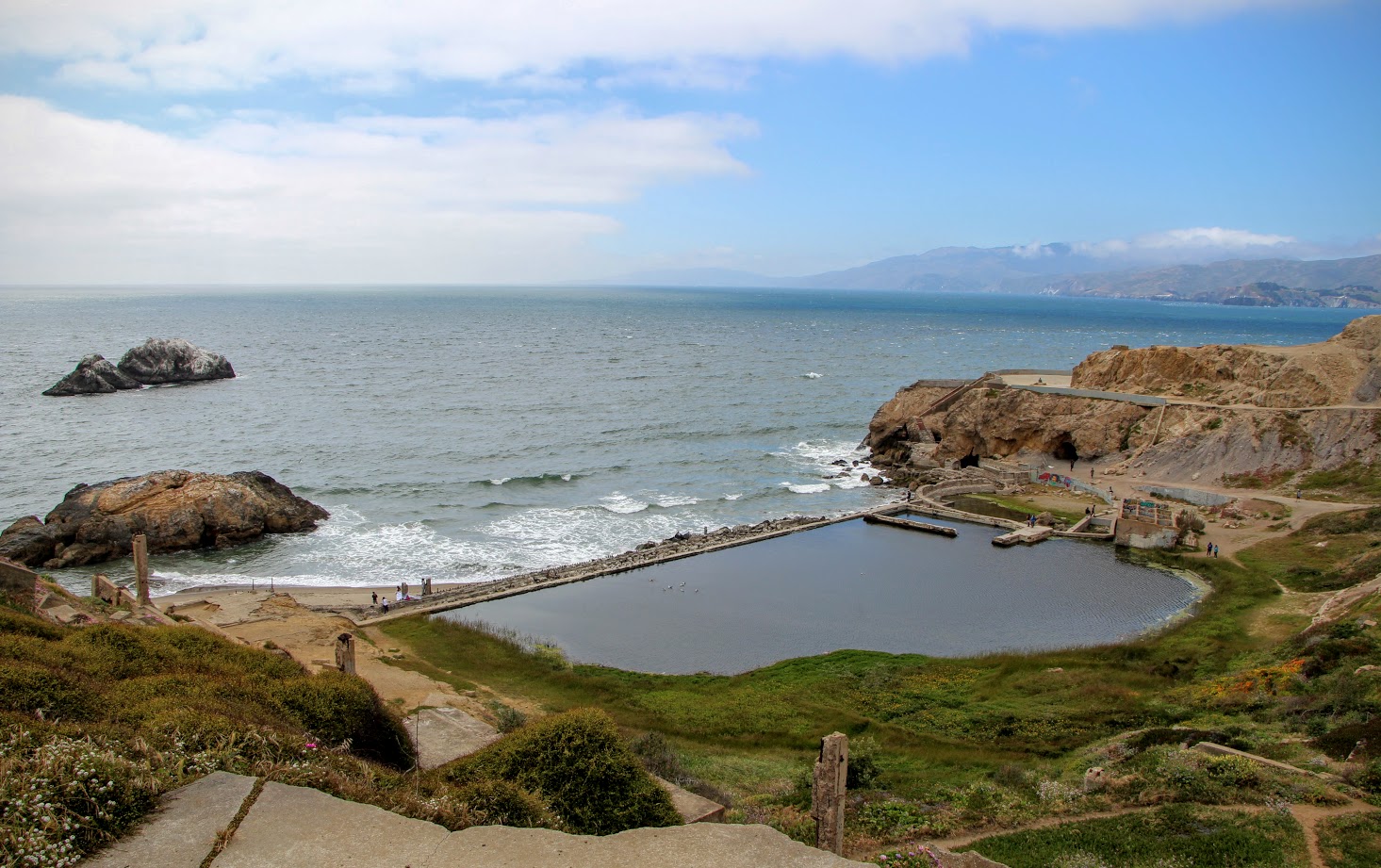 Except maybe the ride up. Enjoy the burn. 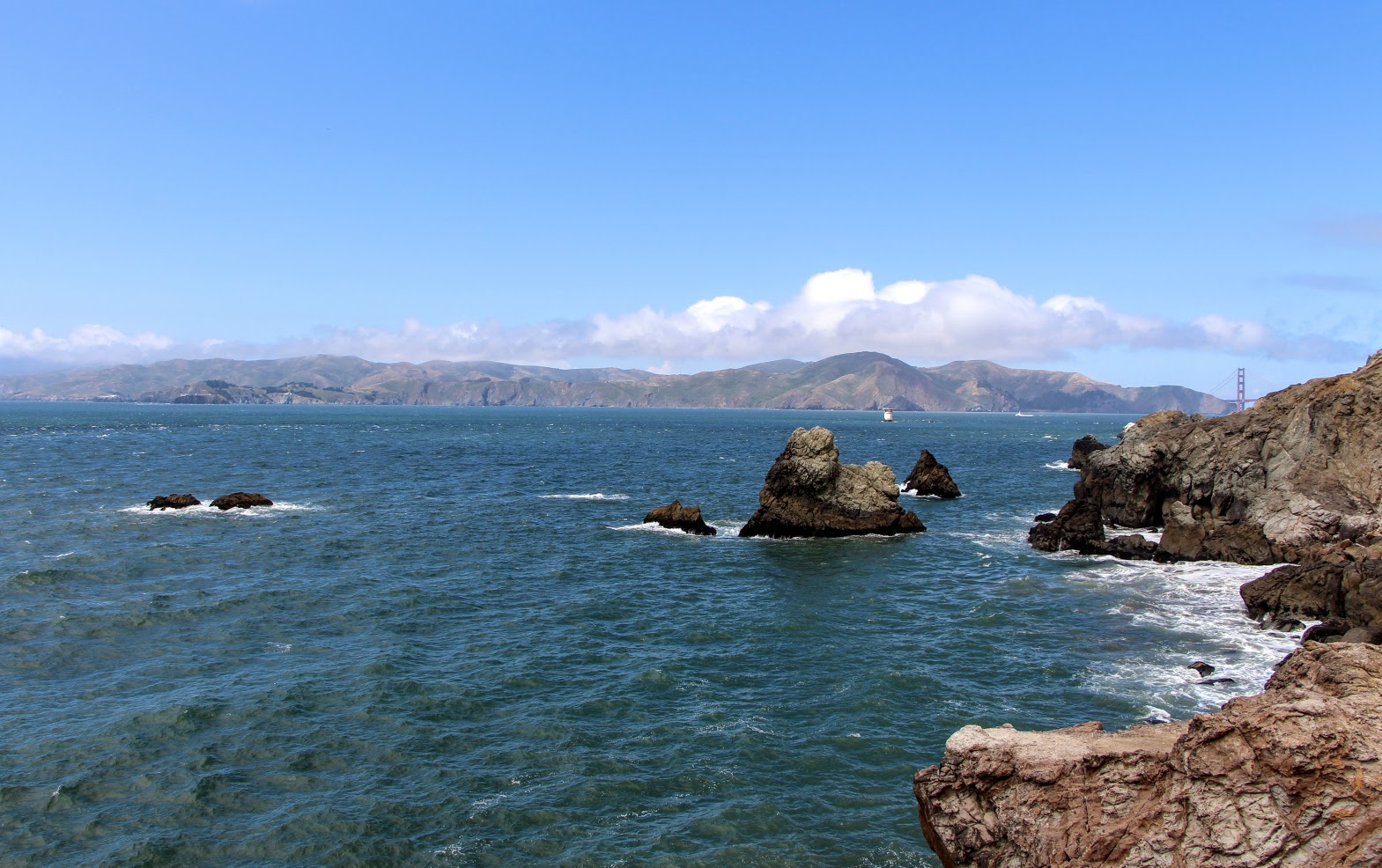 A Definitive Guide To Cycling the Chicago Lakefront Trail