“It comes down to infrastructure, and it comes down to scale,” says Isis Shiffer from her studio in Brooklyn. “Until you really crack those problems, you’re never going to build a Copenhagen in the US.”

This, of course, will come as little surprise to American cyclists. It’s been a part of the dialog for decades: that infatuation with suburbs and space that’s kept Uncle Sam out of the biking big leagues since the early 20th century. In their 2014 Sustainable Urban Development Reader, Stephen Wheeler and Timothy Beatley found that only 16% of US cycling trips are made for utilitarian purposes like shopping and commuting. Compare that to 42% in Germany, and a whopping 75% in Denmark.

“Cycling is still very sporty here,” says Isis, summarizing the problem. “You go for a ride to get fit, not necessarily to get groceries.”

In an effort to help reverse this trend, the New York-born industrial designer has set her sights high. About head high, to be exact. This past summer, she introduced the cycling world to her EcoHelmet: a collapsible, protective head covering made from water resistant honeycomb paper. 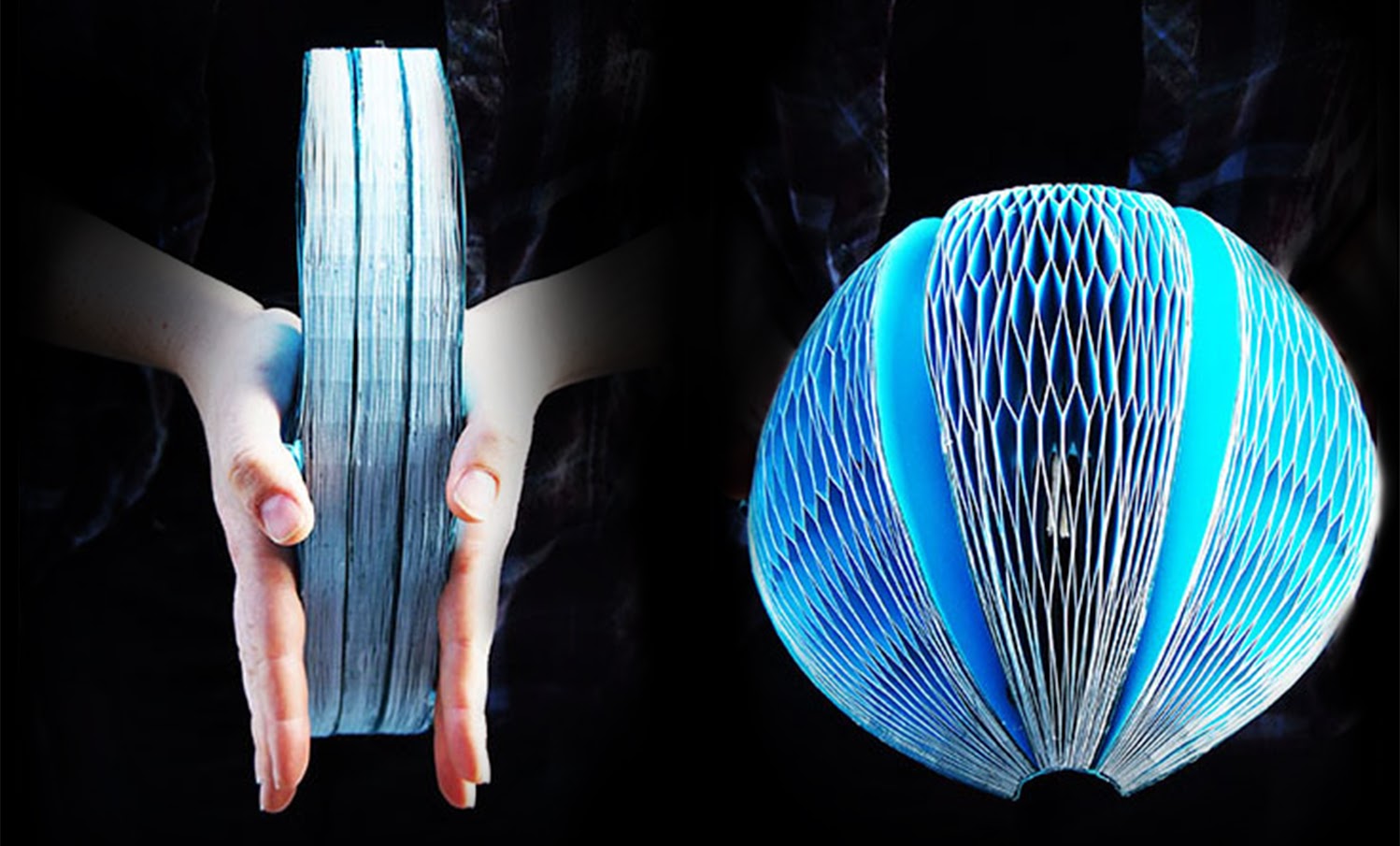 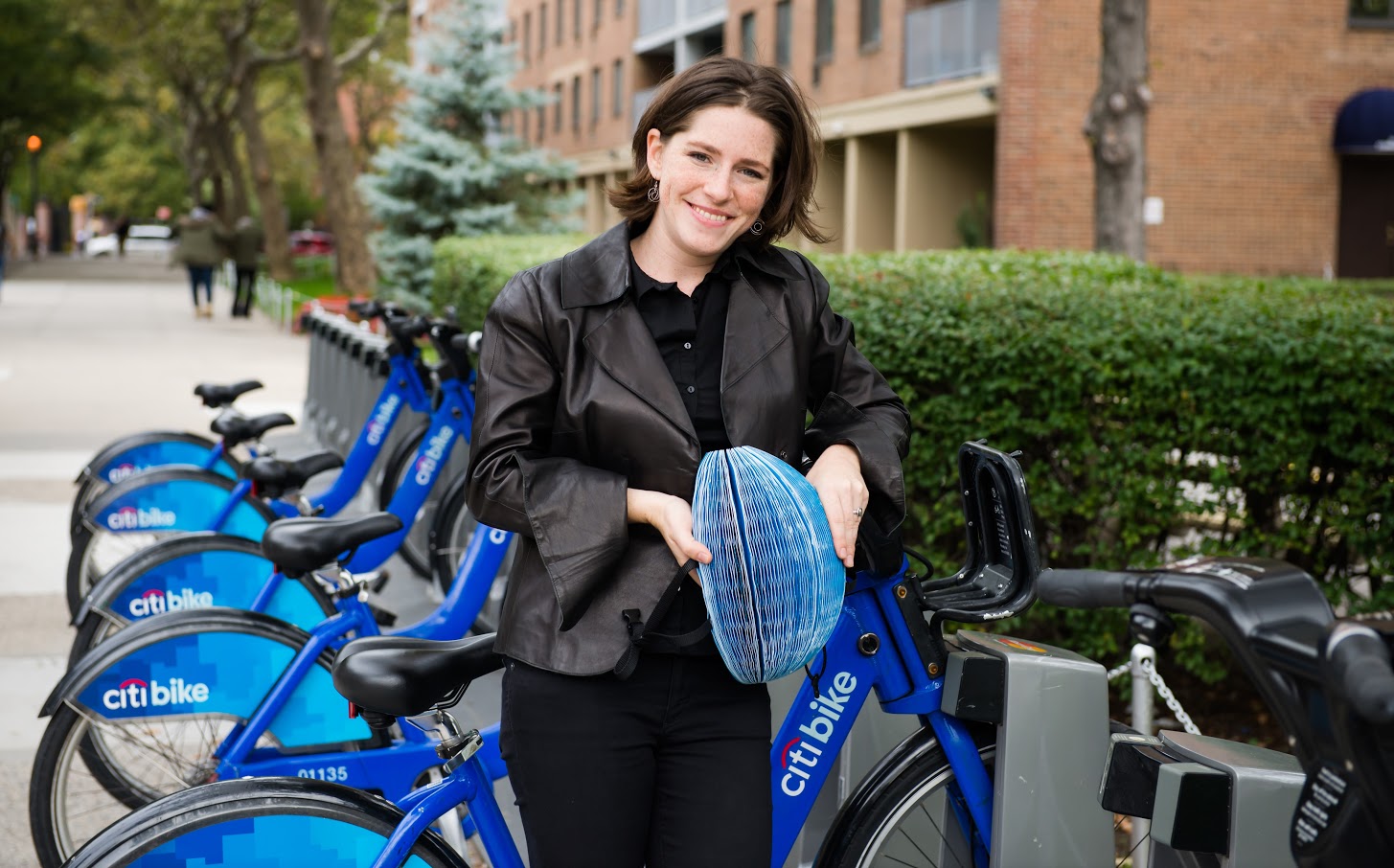 You read that correctly: a portable paper helmet. And before you go rambling off a litany of armchair critiques that Shiffer has likely already addressed, it’s worth mentioning that the prototype recently won her the 2016 International James Dyson Award for design innovation. It’s the latest in a growing string of accolades awarded to the recent graduate of New York’s Pratt Institute of Design.

“I wanted to develop an ecological, easily-accessible helmet for bike shares,” she explains, looking to her own robust history on two wheels for inspiration. “When I was traveling, I either had to carry a helmet all day, not use bike share, or go to a local shop and buy one.”

None of these options sat well with Isis, a former Philadelphia bike-frame builder and instructor at Brooklyn’s Recycle-A-Bicycle. So the quest began to develop an effective, lightweight alternative that would allow more riders to confidently take to their city streets. 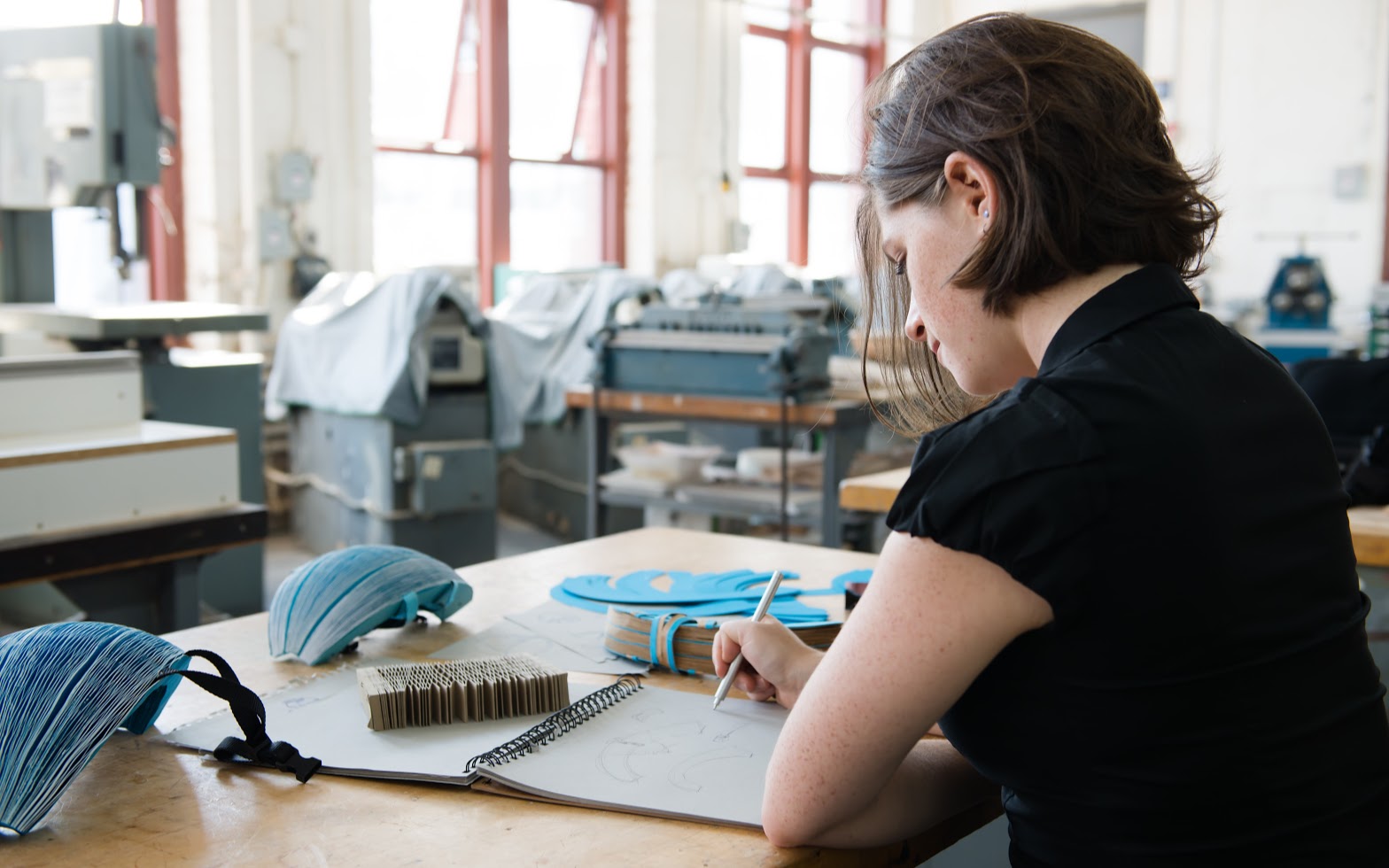 “All helmets sold in the US are required to meet CPSC standards,” she explains,  preempting what has proven to be an inexhaustible, however understandable, series of safety-related questions. As it turns out, the cellular structure of the honeycomb paper does an efficient job distributing collision impacts evenly across the skull.

“They’re not meant to replace polystyrene helmets,” Isis adds. “I just think people should have the option to purchase a helmet with a bike.” 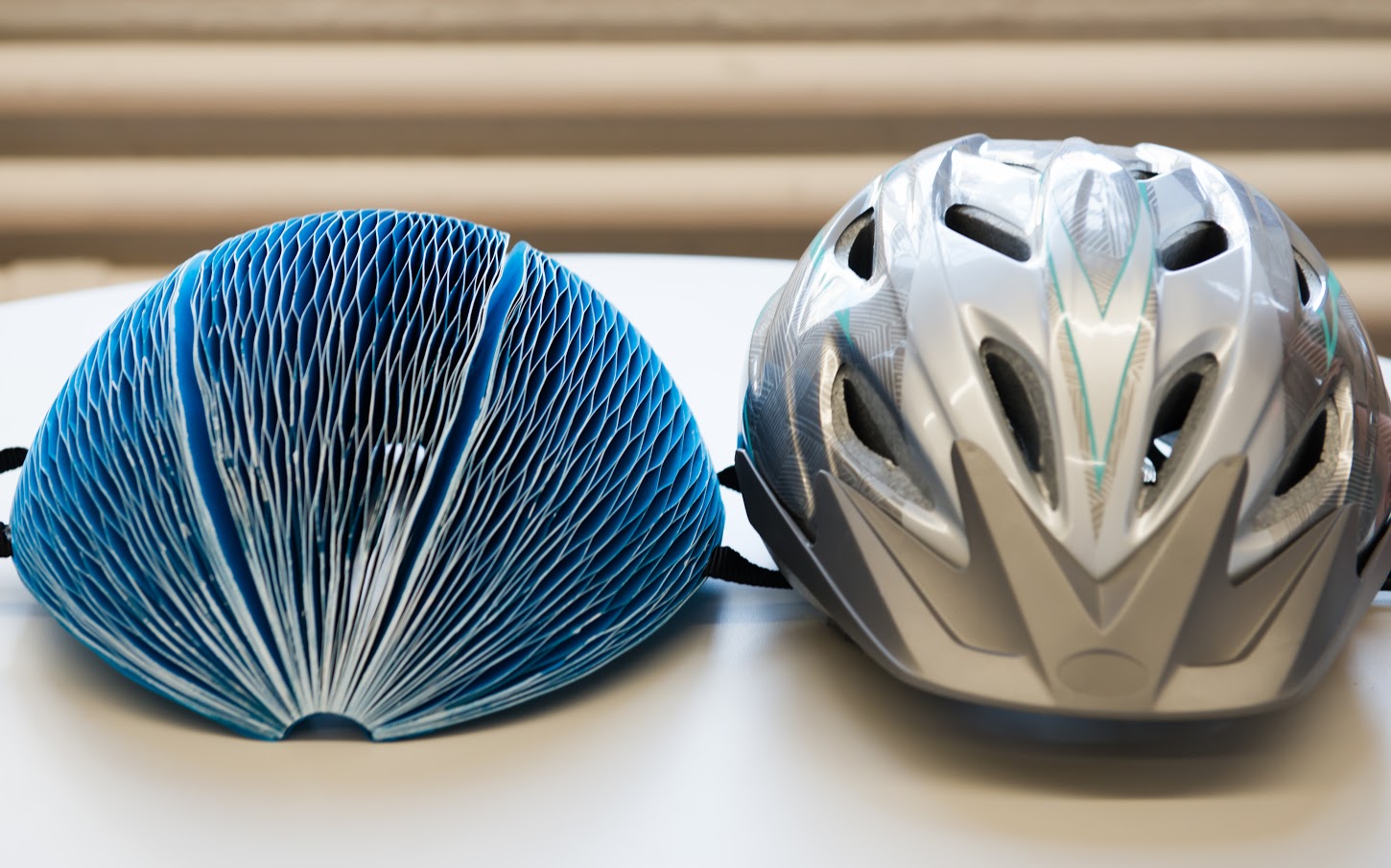 If her approach seems a little unconventional, well, that’s the idea. Shiffer’s passion for riding was forged in an era when track bikes were emerging as The Clash of the cycling world. It was a spirit of rebellion and counterculturalism that resonated with the young undergrad studying sculpture at the Pennsylvania Academy of Fine Arts.

“I don’t know if I became cool,” she laughs, recalling the fixed-gear bike she lugged up and down the stairs of her 3rd floor Philadelphia apartment. “But I sure felt cool. That sort of bike punk culture gave me a sense of who I was growing up to be when I was 19 and clueless.”

Couple her unorthodox style with the fact that Isis is making waves in a field composed predominantly of men (approx. 85%) and you begin to understand what makes her work so noteworthy.

Just don’t tell that to her.

“It shouldn’t matter,” she says frankly, discussing the role gender has played in her blossoming career. “Women shouldn’t feel obligated to define themselves as ‘female designers.’ Good design has nothing to do with who you are; it has to do with solving a problem in a really elegant way.”

It’s hard to argue with her reasoning, or her results. 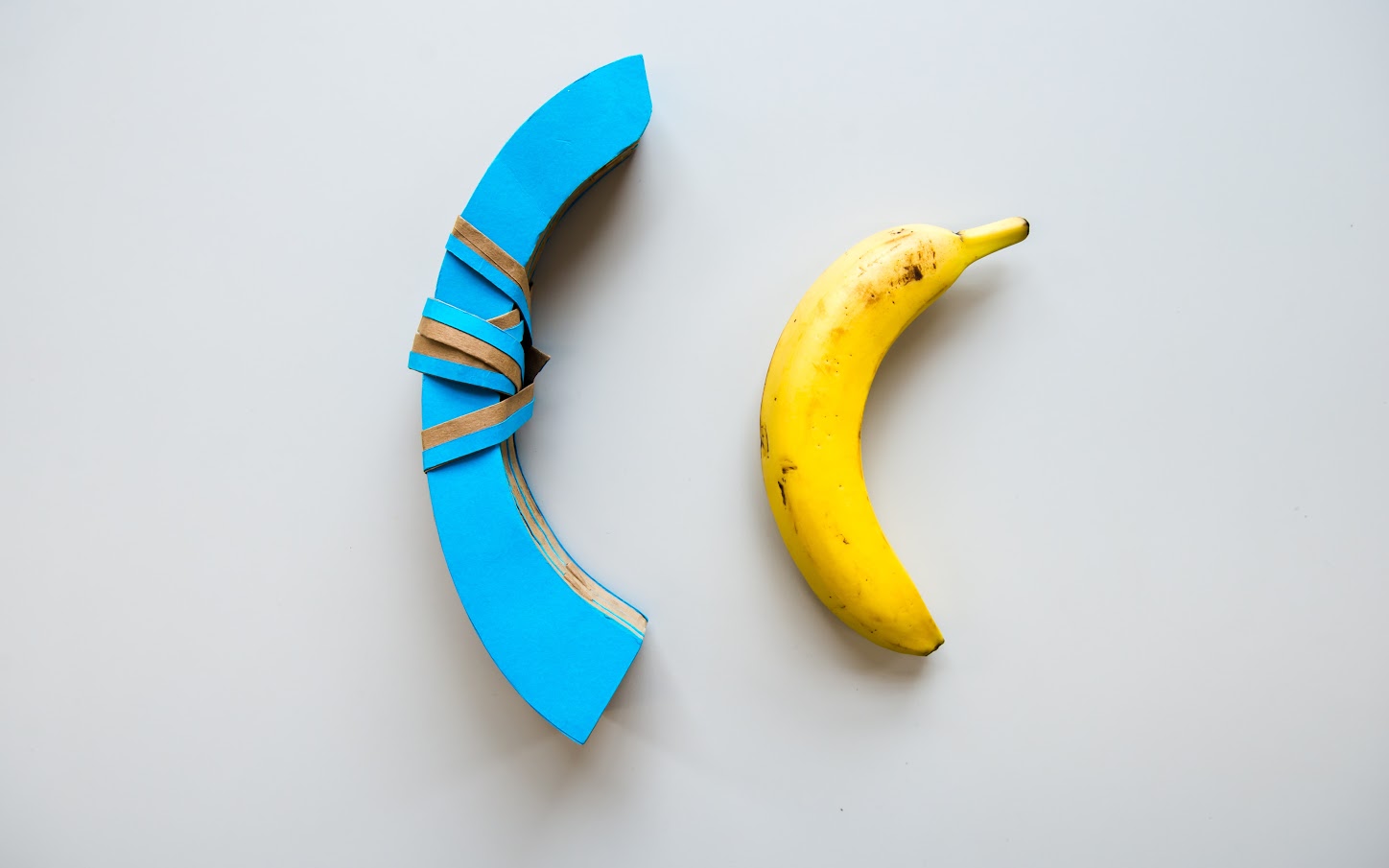 Speaking of elegant problem solving, there are still a few loose ends that will need to be tied up before Shiffer’s EcoHelmet can make the transition from Social Media talking point to publicly available safety-wear. Chief among these is the issue of recyclability. “You have to look at the whole ecosystem of a product,” she says, noting that the potential benefits of a paper helmet “can be completely cancelled out if [they all] end up in a landfill.”

If everything goes according to plan, however, the first batch should be ready to go by next summer. And after that?

Given the success of her early endeavors, it’s safe to say both the cycling and the industrial design communities will be watching with anticipation. They may or may not be listening to “White Riot” while they do so. 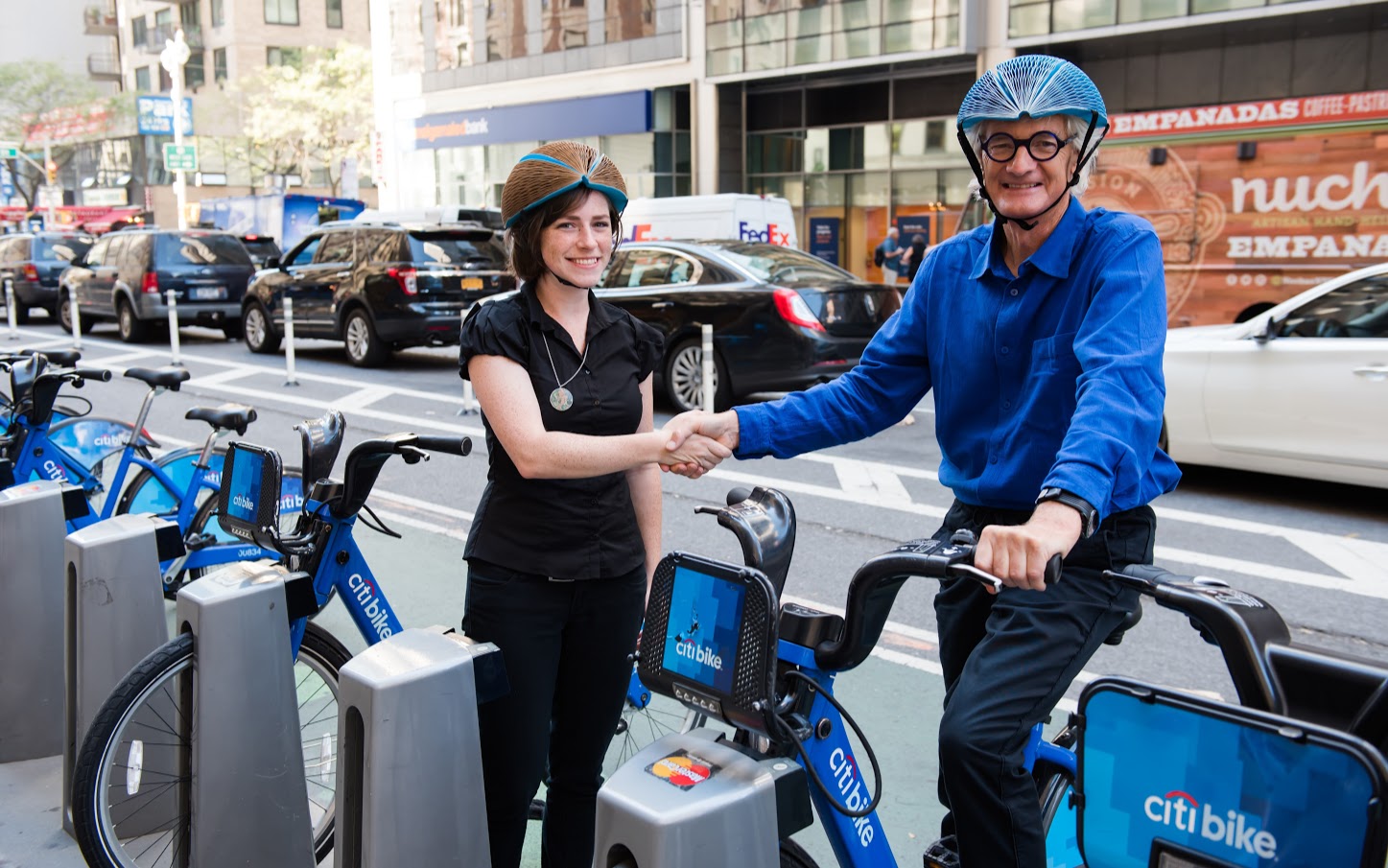 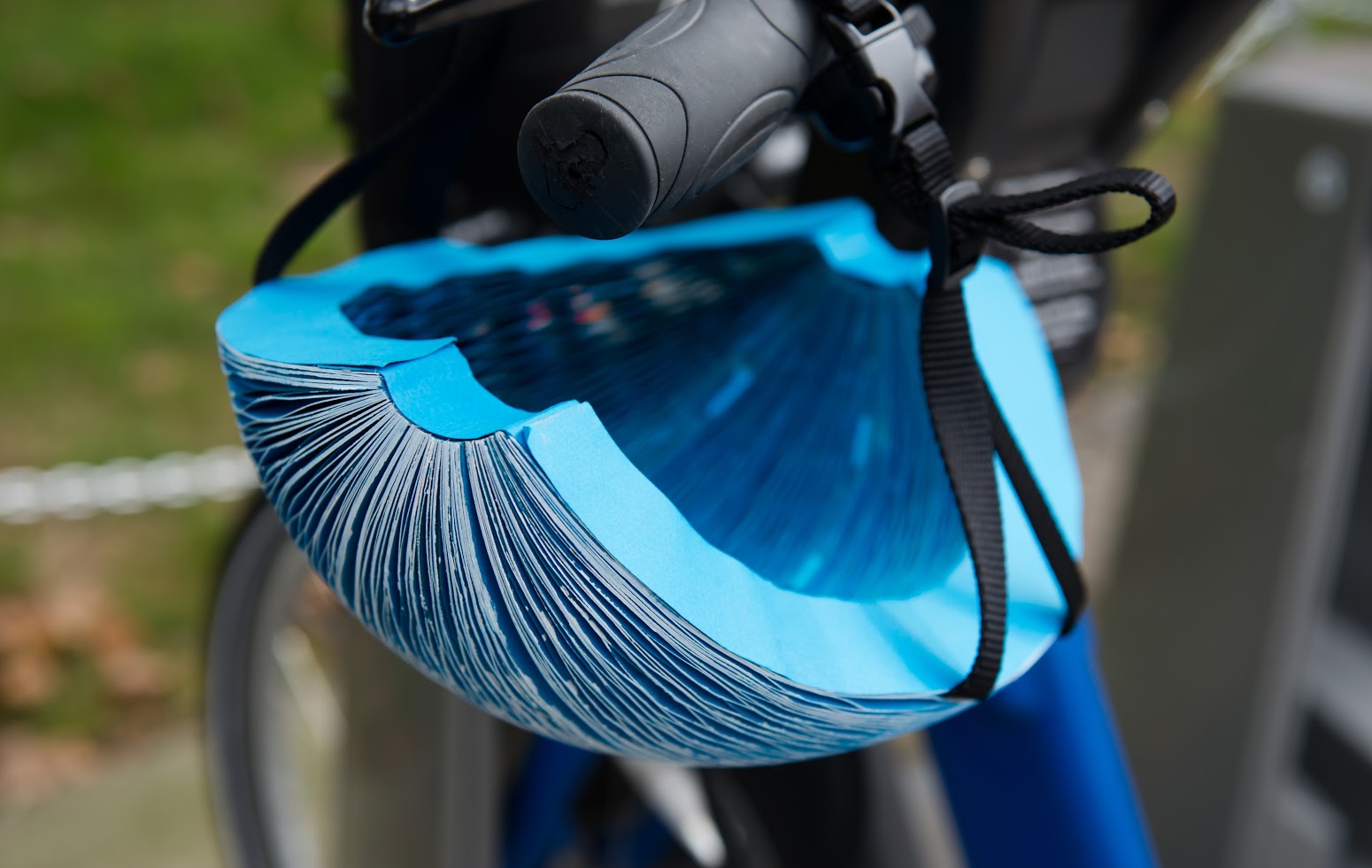