For a city averaging around 55,000 people per square mile, Paris does a surprisingly good job of providing enough parks and recreation areas to help keep the claustrophobia to a minimum. Some of these, however, require a little more effort to find than others.

This is particularly true when it comes to the city’s two “green belts”: La Coulée Verte du Sud Parisien and the shorter, mainly pedestrian La Coulée Verte René-Dumont. Think of them respectively as the Riverside Park and High Line of Paris. Relatively underutilized even by those who live here, these two scenic pathways are fantastic options when it comes to adding a dose of greenery to either your walk or your bike ride – provided, that is, you know where to look. 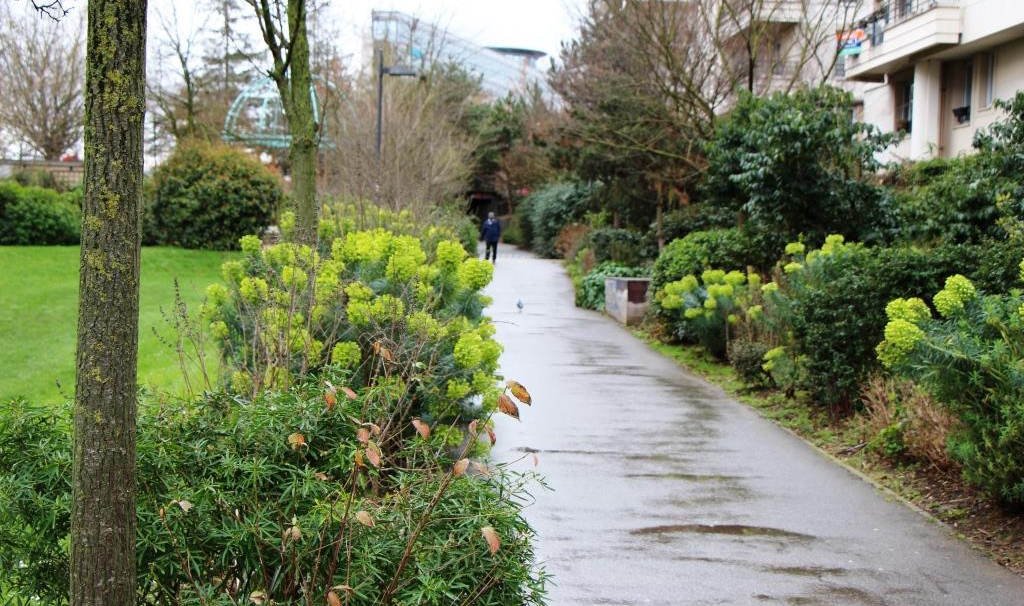 The longer and more bike-accessible of the two trails, La Coulée Verte du Sud Parisien runs for nearly 14 km from the 14th arrondissement down to the suburban town of Massy in the south. This is often the starting point for anyone embarking on a much longer bike journey into central or southern France, but in a pinch it serves as a surprisingly fun little day trip away from the city.

To find the trailhead, simply locate the conspicuous break in pillars along the southern end of the Place de Catalogne roundabout. 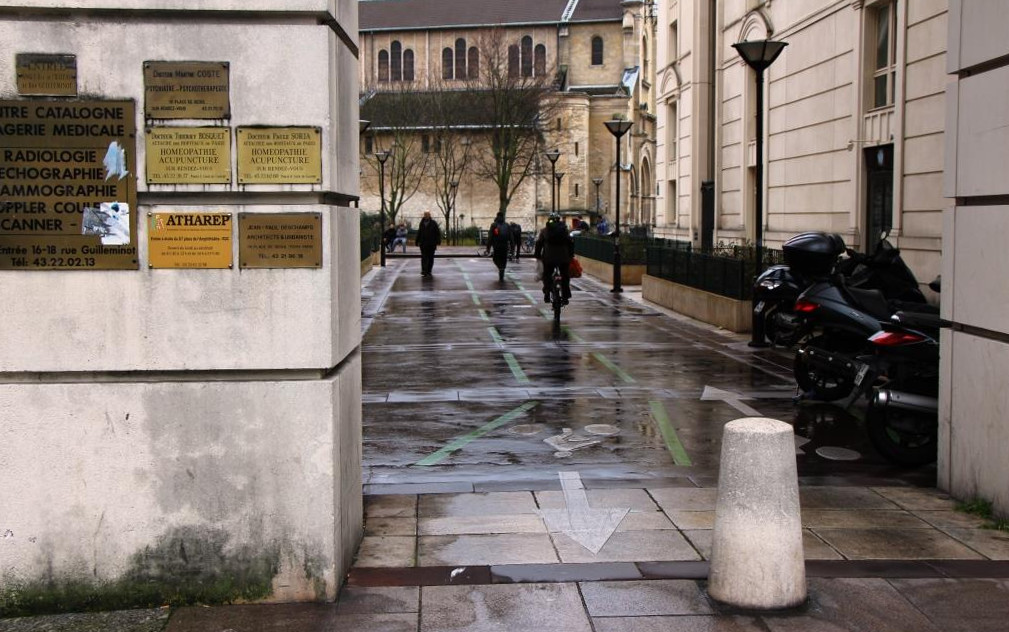 The start of the trail follows roadways and mass transit lines, so don’t expect lush foliage right out of the gate. Soon enough, however, as you leave the city limits, La Coulée Verte du Sud Parisien takes you on an intimate tour of the city’s southern suburbs like Châtillon and Antony; places you would have never thought to explore on your own. 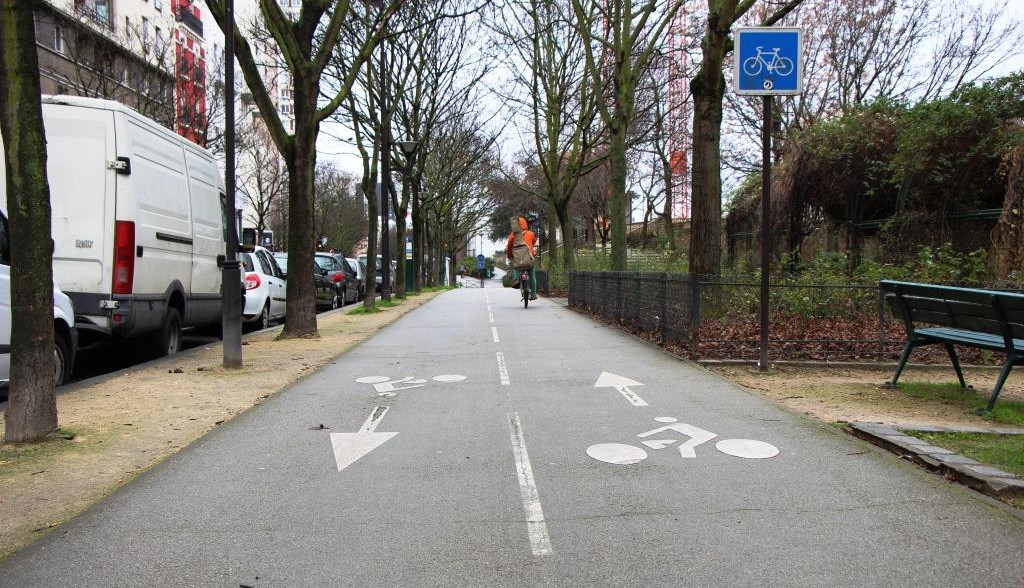 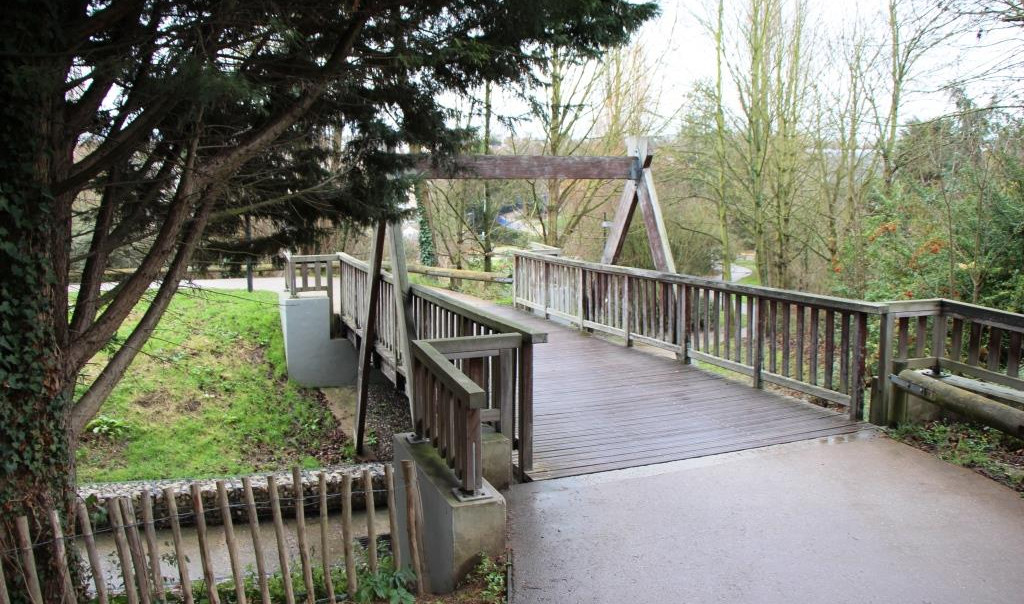 The trail is well marked and, but for two turns (one under and the other over a bridge), relatively simple to navigate. You’ll notice the air start to take on a progressively more rural freshness as you work your way south, eventually catching sight of the beautiful Sceaux Park and mansion on your left hand side. Consider taking a 30 minute detour to explore the grounds – it will help you realize just how far outside of Paris 10 km can take you. 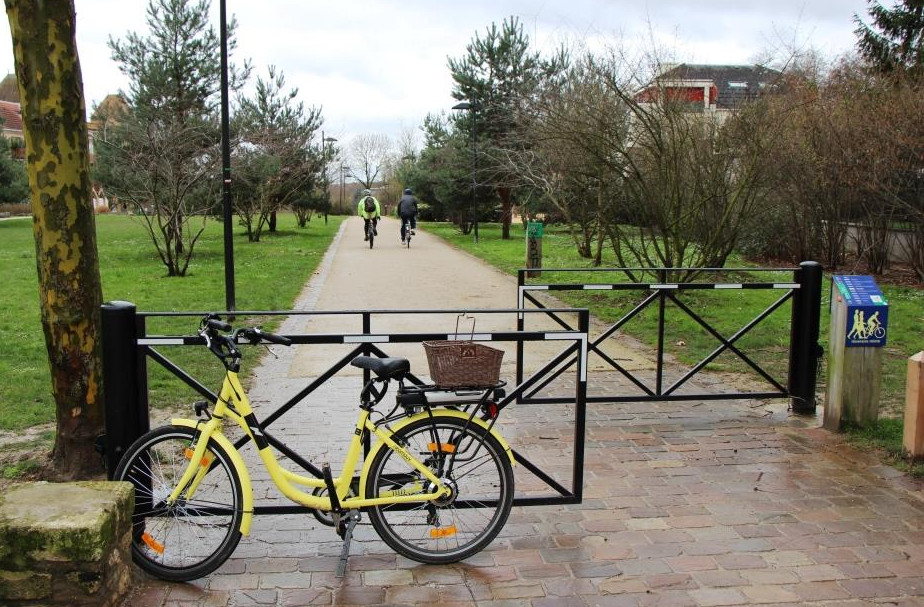 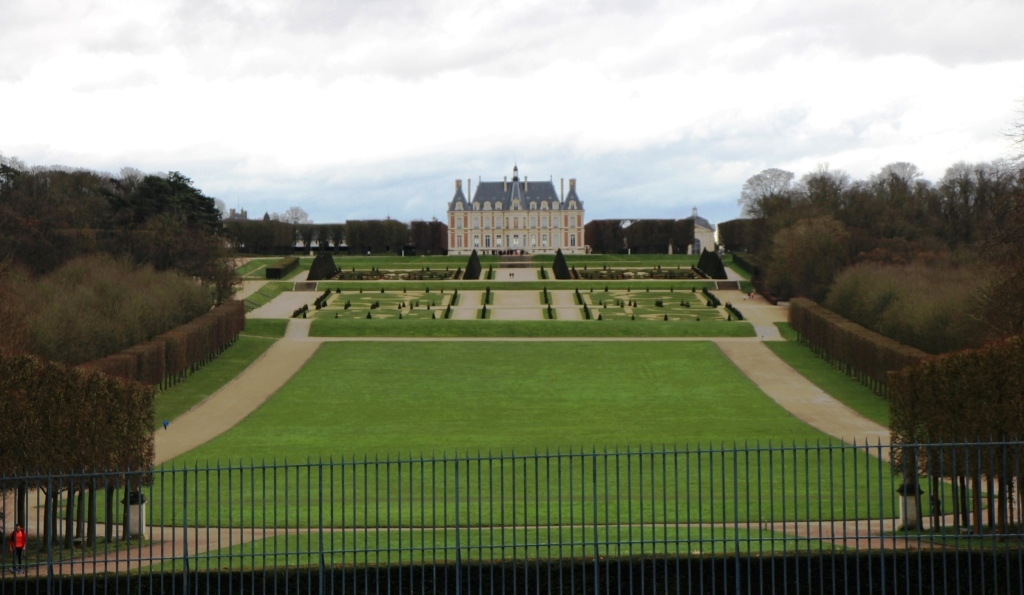 Once you arrive in Massy, if you’re not keen on backpedaling, simply load your bike onto the RER C and head back into town. All told, it’s a unique and enjoyable trail that let’s you explore the world outside of Paris for a few nature-filled hours. 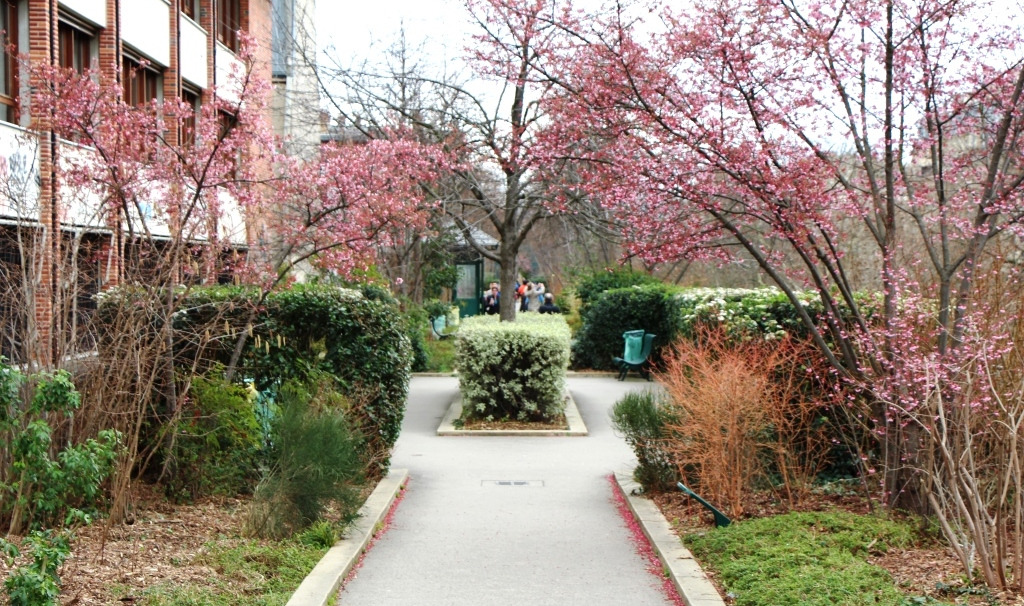 Occupying the former tracks of a long-defunct steam train, the 4.5 km La Coulée Verte René-Dumont will make Manhattanites missing the landscaped platforms of the High Line feel right at home. This little gem of the Right Bank is full of surprises, sporting ivy-covered arches, cave-like tunnels, manicured gardens, and its trademark elevated footbridge over the beautiful Parc Reuilly. It’s no wonder this has become a favorite haunt for in-the-know joggers and afternoon strollers alike. 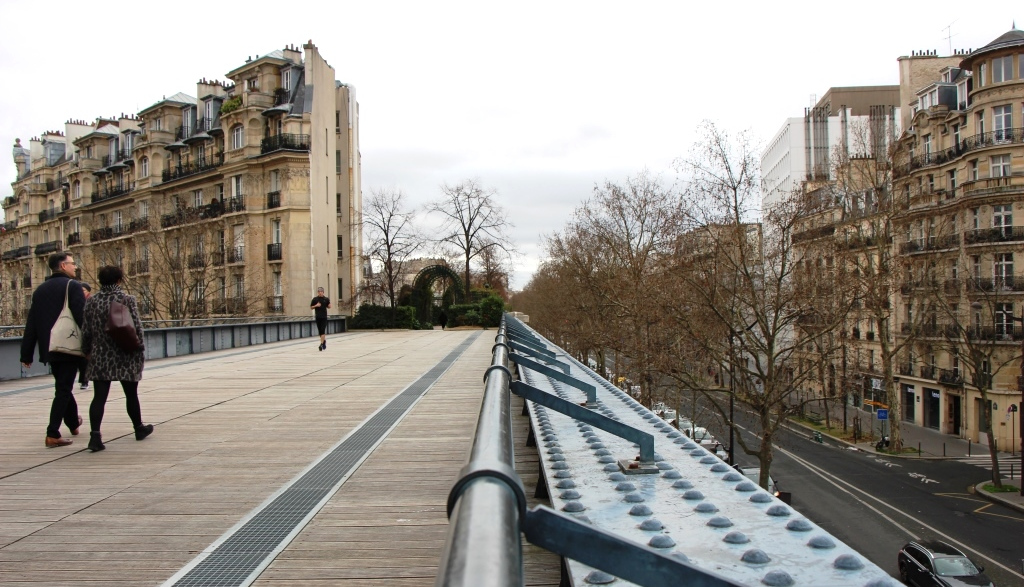 Technically the path stretches from La Bastille to the Bois de Vincennes, however for all intents and purposes the easternmost “end” exits atop a winding metal staircase right at the bustling Boulevard Périphérique. From here, just follow the road south (right, if you’re looking at the Boulevard), pass under the Périphérique and continue south along the bike path until you reach Lake Daumesnil. 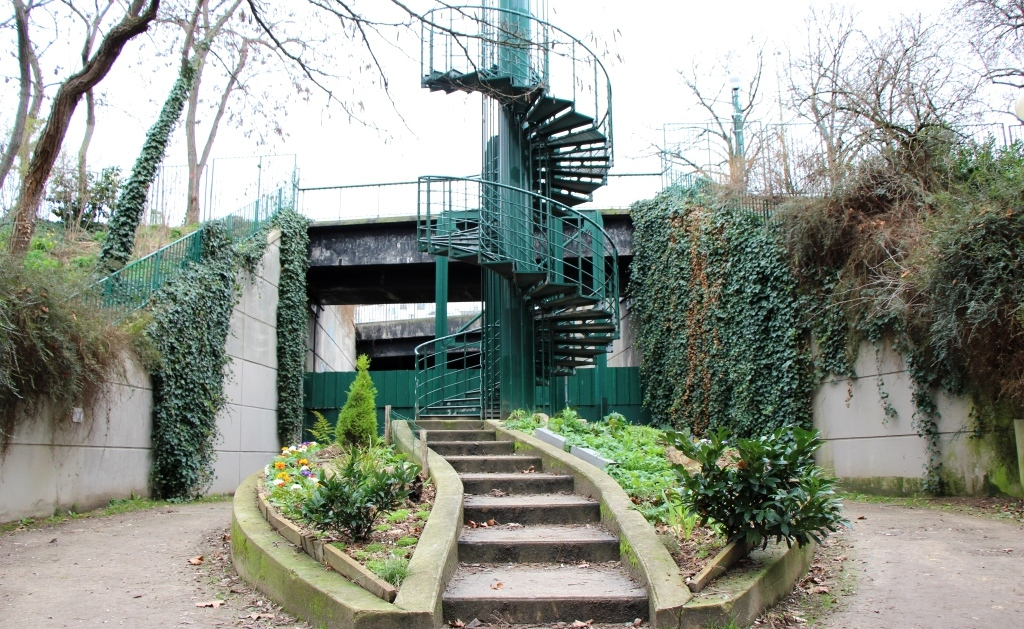 Cyclists will have to content themselves with the shortened 2.75 km section running between Parc Reuilly and the lake, as the elevated portion of the Coulée Verte is strictly pedestrian only. Still, there’s enough to see even along this short stretch to make the ride worthwhile, and you can always lock up your bike and tackle the rest on foot.

And tackle it you should, as the 1.75 km stretch that spans the top of the Viaduc des Arts is nothing short of a pleasure to traverse. Just imagine strolling 30 ft above the streets of Paris amid bamboo patches and potted cherry blossom trees and you’ve got the general idea. Keep your eyes open for the stairs behind the Bastille Opera House along Rue de Lyon to start your journey on foot.

John Wachunas
John Wachunas directs content development and social media marketing at Spinlister. He is an avid traveler and published travel writer, as well as a co-founder and former content director at Embark.org.
Previous Post Night Bike Paris: How The City Of Light Became The World’s Best City to Bike After Dark Next Post The Paris Cafe Culture Reimagined