For just about any serious NY cyclist, the route from Manhattan to Brooklyn has but two practical options: the Manhattan and Williamsburg Bridges. Both offer ample lane spacing, both do an excellent job dividing bikers from pedestrians, and neither attracts the overwhelming attention of their southernmost neighbor – the dreaded Brooklyn Bridge. 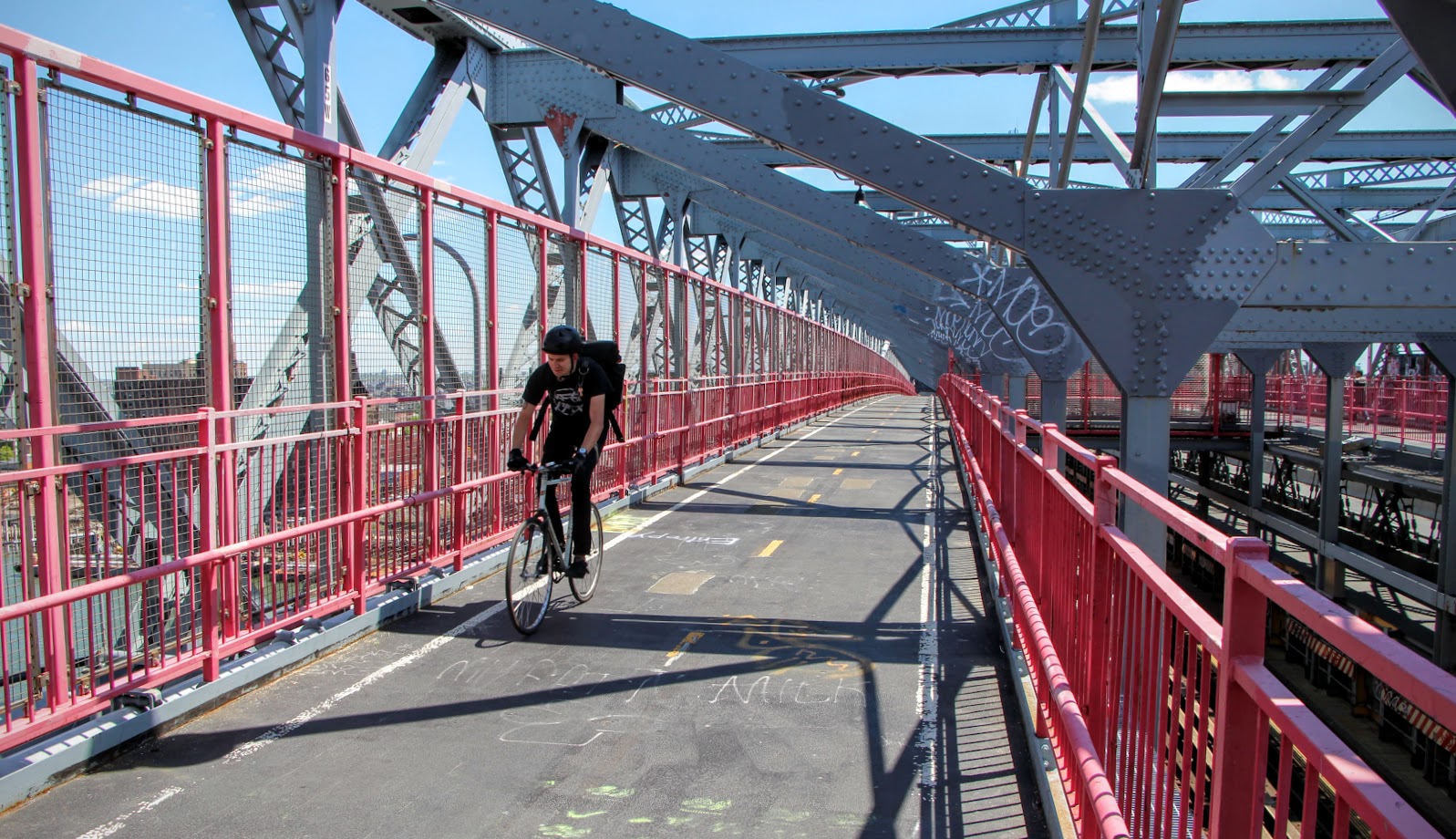 For visiting cyclists, however, the choice isn’t quite so simple. While it’s true the Brooklyn Bridge gets a little…congested…with its annual inundation of 2.5 million walkers, gawkers and two-wheelers, it boasts an iconic place in NY history that’s as impossible to ignore as it is to duplicate.

Like it or not, this stone and steel behemoth is the Golden Gate of the Big Apple, and traversing it is an experience even the most skeptical among us should indulge in at least once. Crowds be damned. 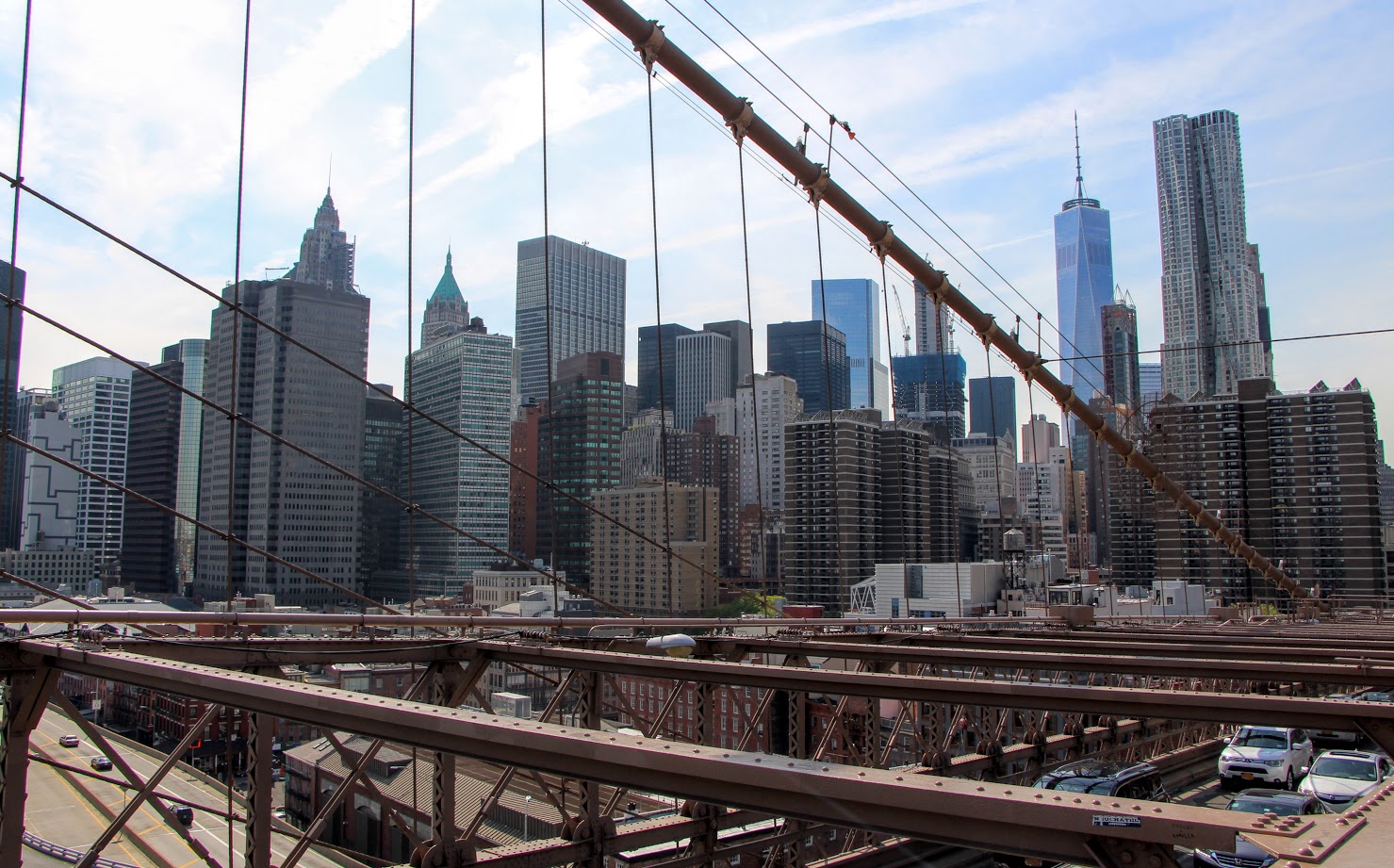 That being said, we’ll let you in on a little secret. The trick to getting the most out of your quintessential bike ride across the East River is to incorporate it into an already-interesting tour of the city’s two most prominent boroughs. Instead of making it the goal, make it one of the details – albeit the most memorable one.

Find the Perfect Ride for Cycling from Manhattan to Brooklyn:

To this end, we at Spinlister have put together a Manhattan to Brooklyn cycling tour that ties in two of the city’s hippest and most interesting parks: The High Line and the waterfront Brooklyn Bridge Park.

If you want to tie in some classic downtown neighborhoods with some sweeping panoramic city vistas, this 7-km route will be right up your alley.

Openend in 2009 and extended several times since, the High Line is one of the most successful renovation projects in NYC history. This former freight rail line turned elevated public park has become a must-stroll when visiting Manhattan, and makes for an ideal starting point on a tour through the lower west side. 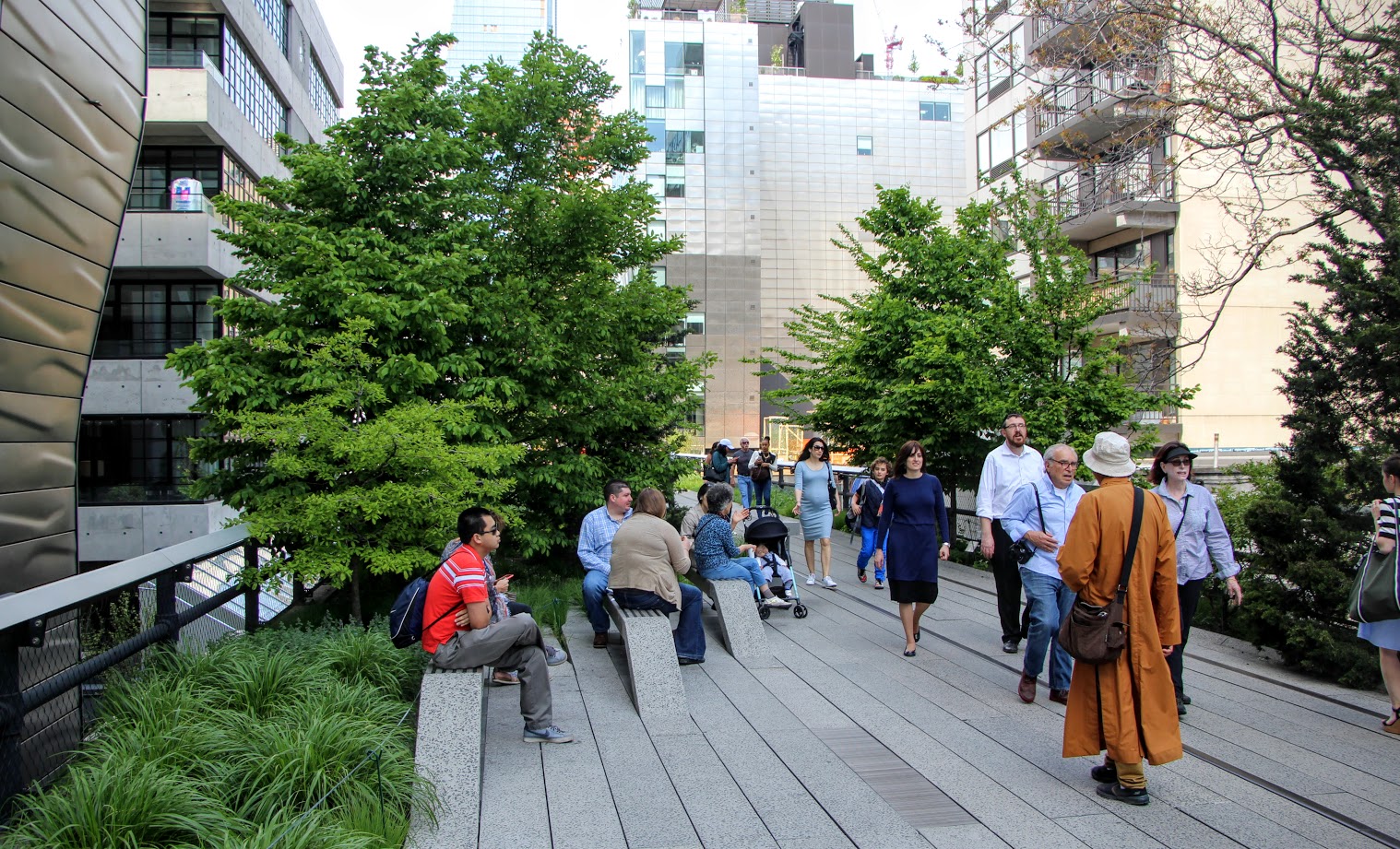 Once home to the Beat Generation, “The Village” has undergone some serious gentrification over the decades. This might be a sad sight to Ginsberg, but it’s made this storied New York quarter easily accessible by bike, with plenty of cool shops, trendy bar/restaurants and relatively quiet roads to pedal down. 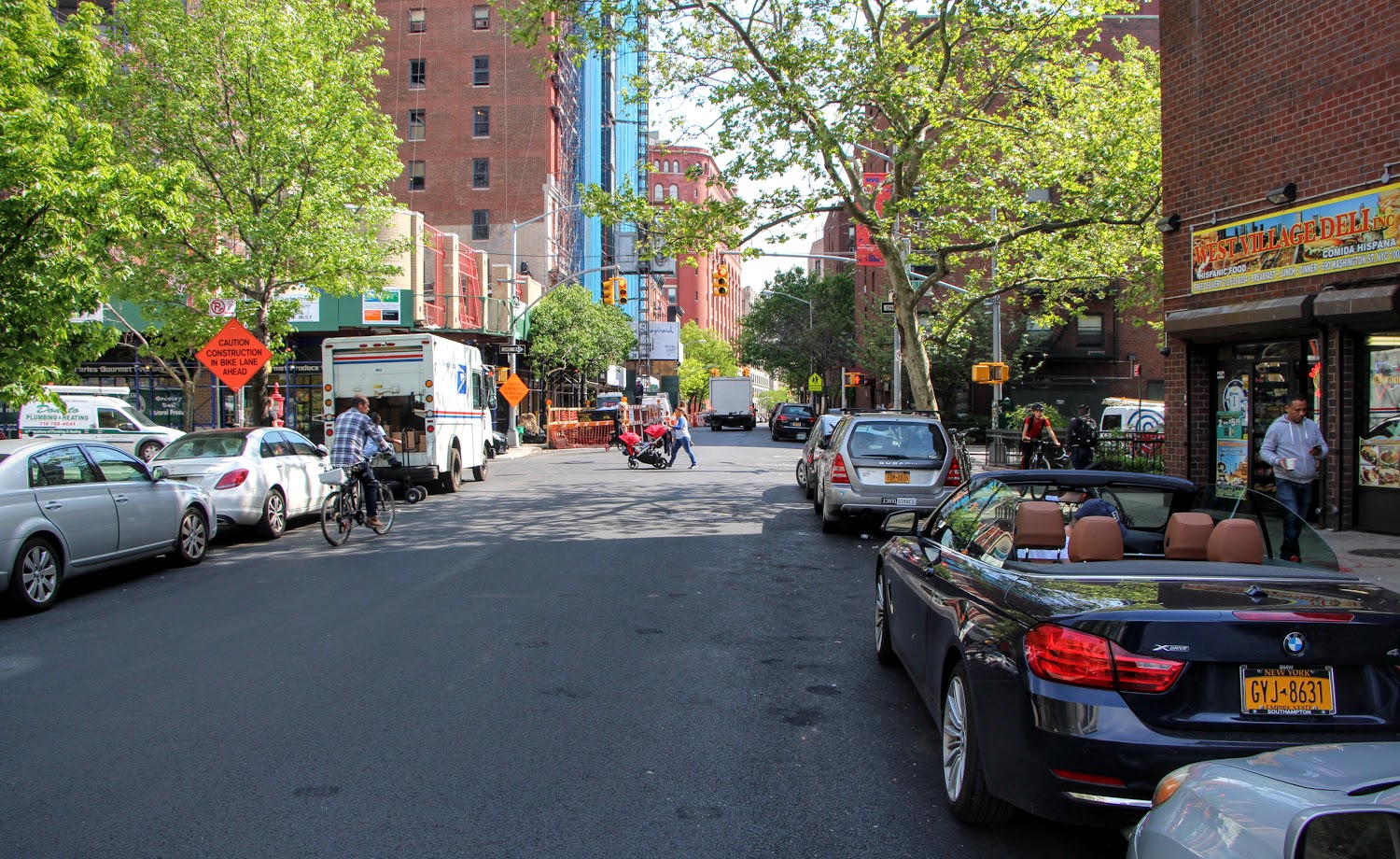 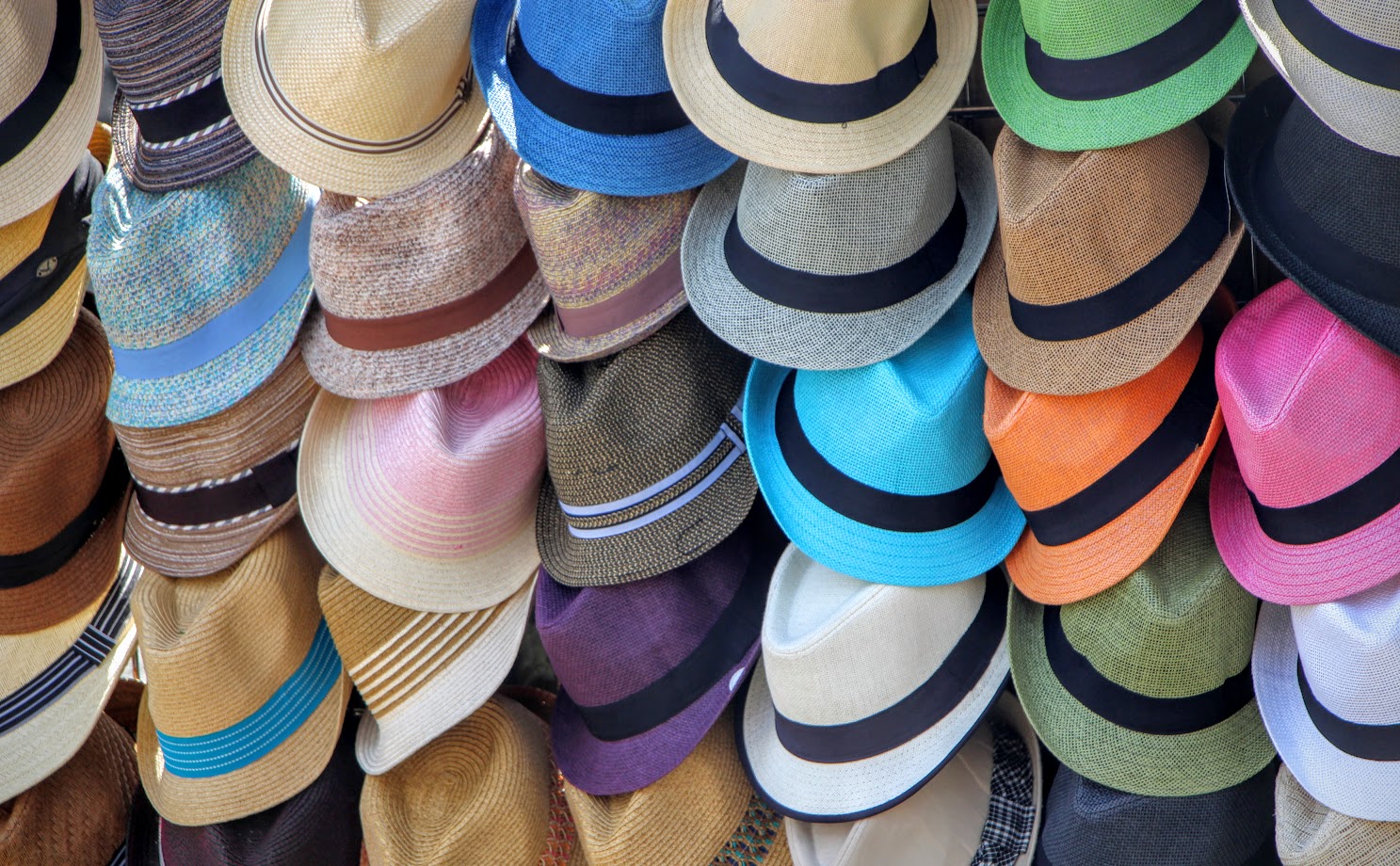 Just think of Tribeca as the incredible Manhattan neighborhood the bulk of us will never be able to afford to live in. But that doesn’t mean we can’t enjoy the ride through. Rehabilitated lofts cozy up next to quaint eateries and inconspicuous parks, all in the shadow of some of downtown’s most glorious skyscrapers. Just watch out for a few scenic but bumpy stretches of cobblestone. 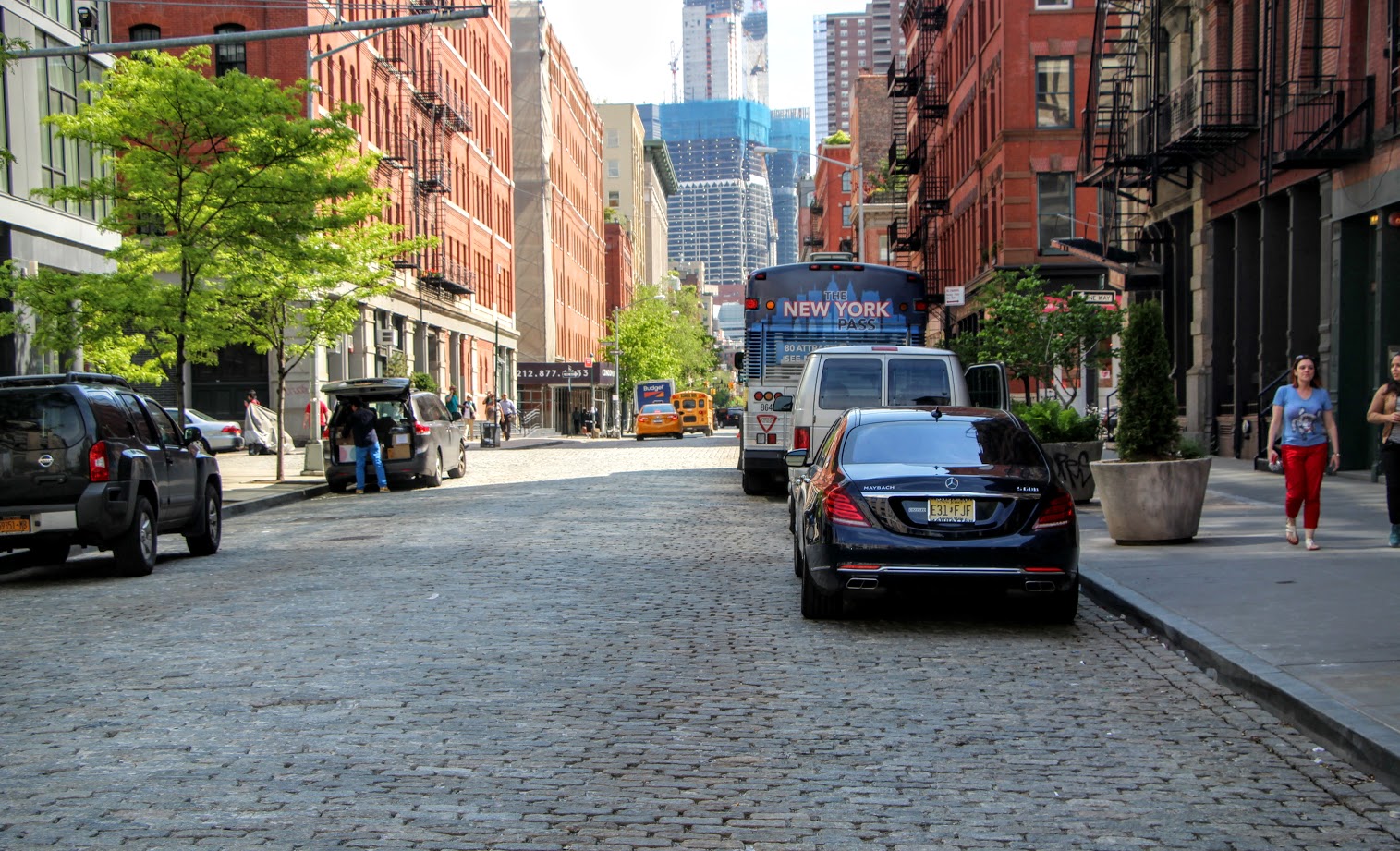 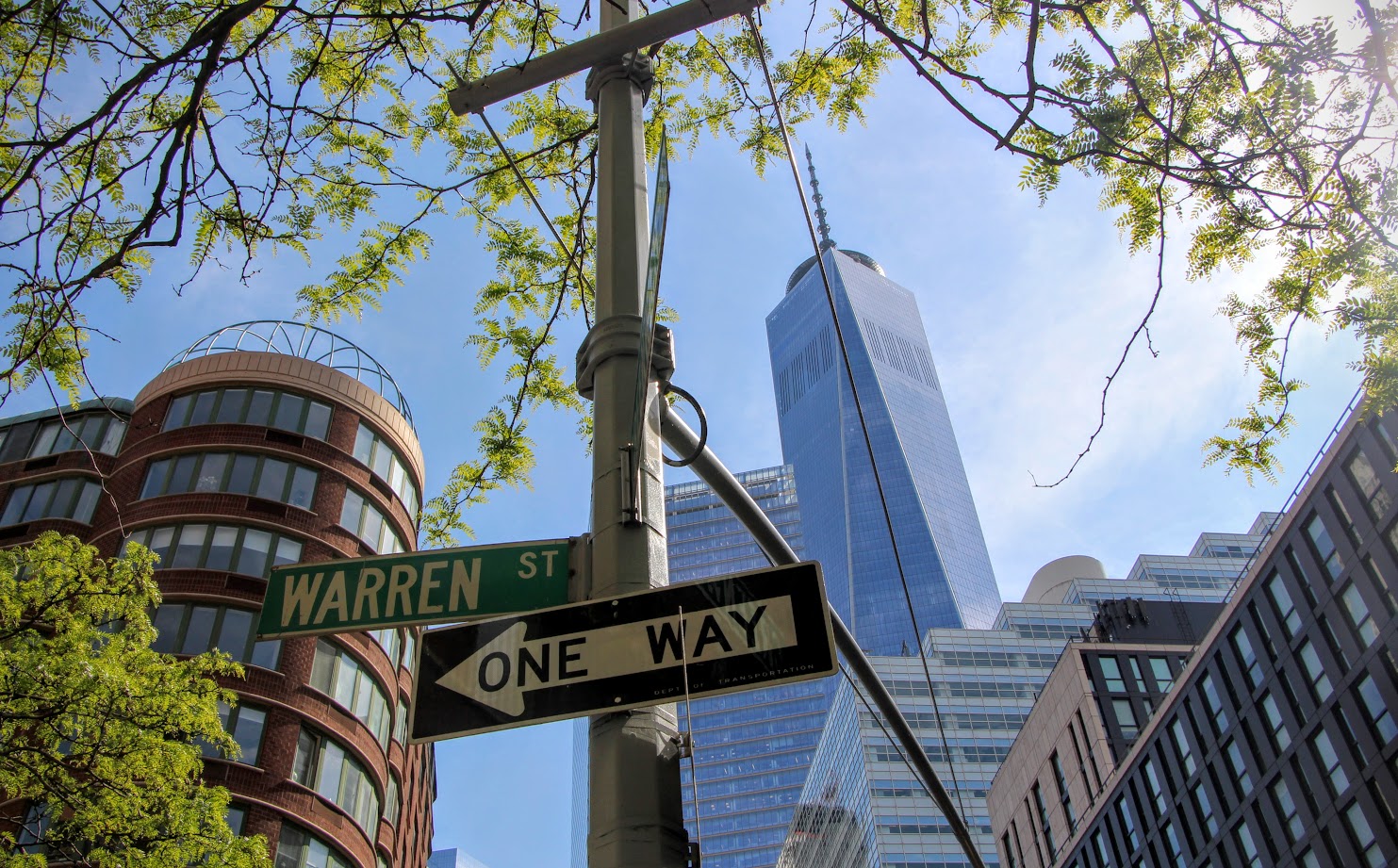 The cycling and pedestrian path that crosses in front of New York’s City Hall building can get a little crowded at times, but it’s still well worth checking out. The building itself dates back to 1812, making it one of the city’s more historic landmarks, and the lush park that runs between it and the adjacent Tweed Courthouse makes for a perfect entrance to the Brooklyn Bridge. 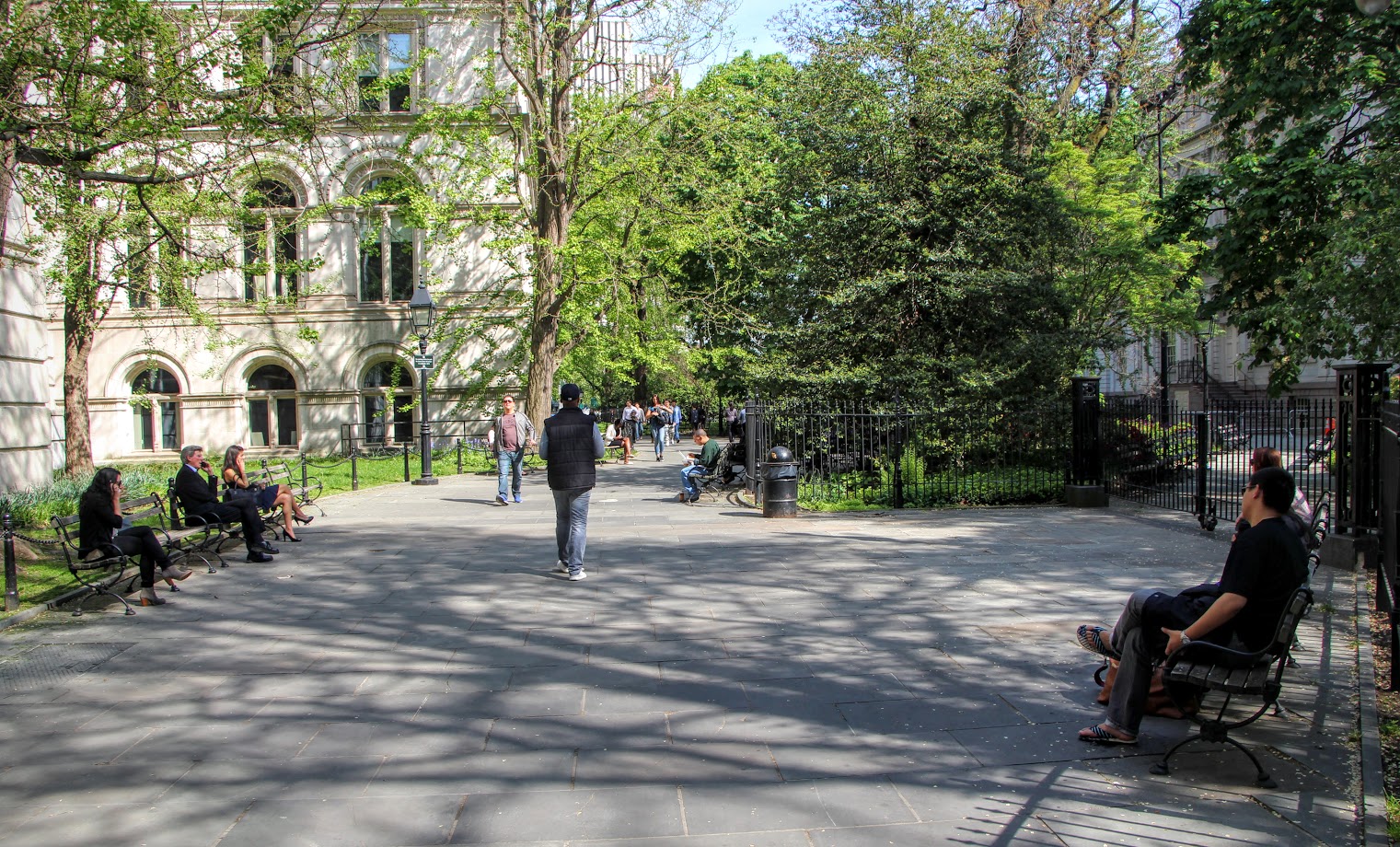 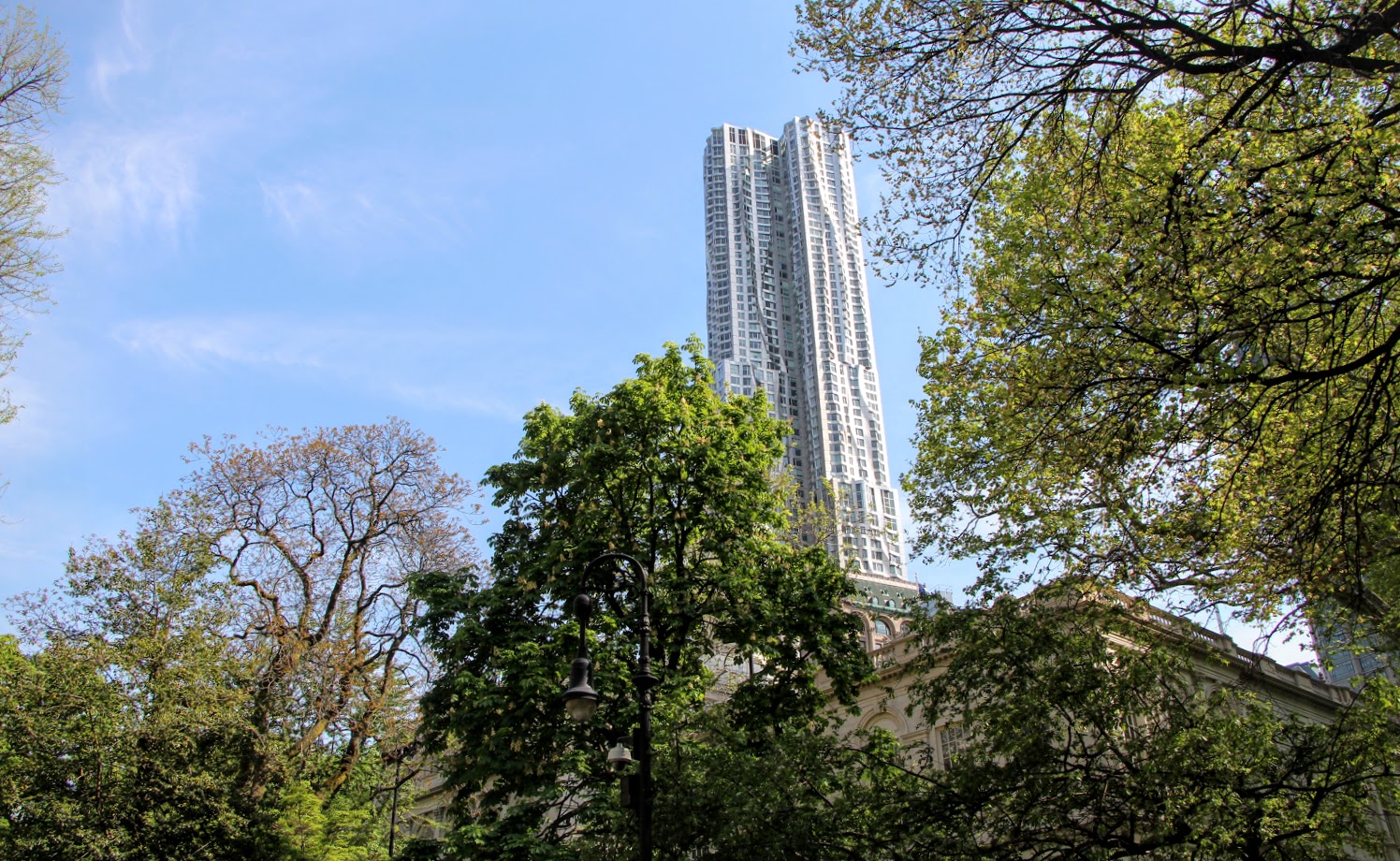 A structure that needs no introduction, the former East River Bridge was the longest suspension bridge in the world at the time of its opening in 1883. Only outdone in engineering brilliance by Mr. Eiffel’s Tower 6 years later, this 5,989 ft (1,825.4 m) connective corridor is one of the most famous overpasses in the world, and welcomes around 7,000 pedestrians and cyclists per day. 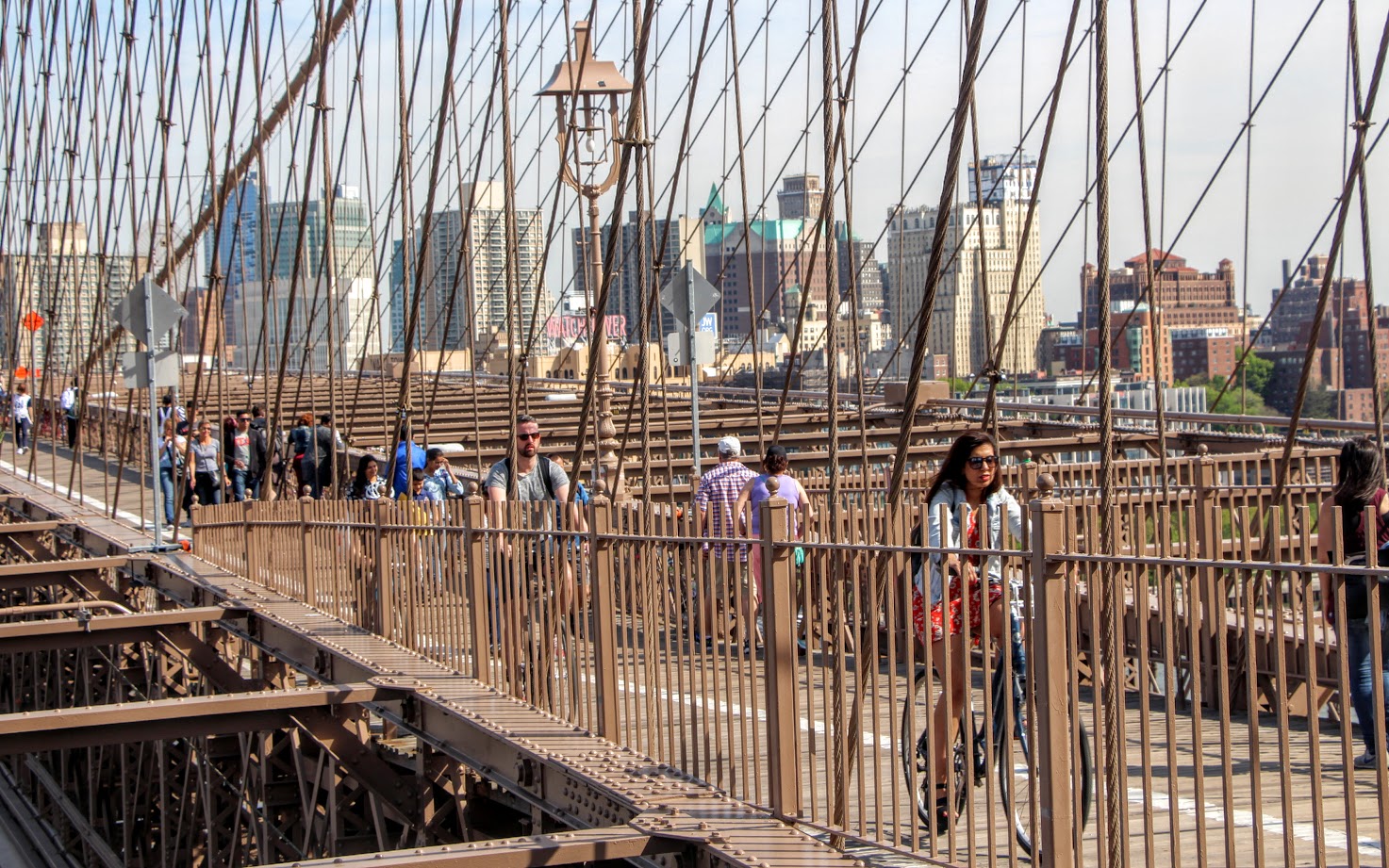 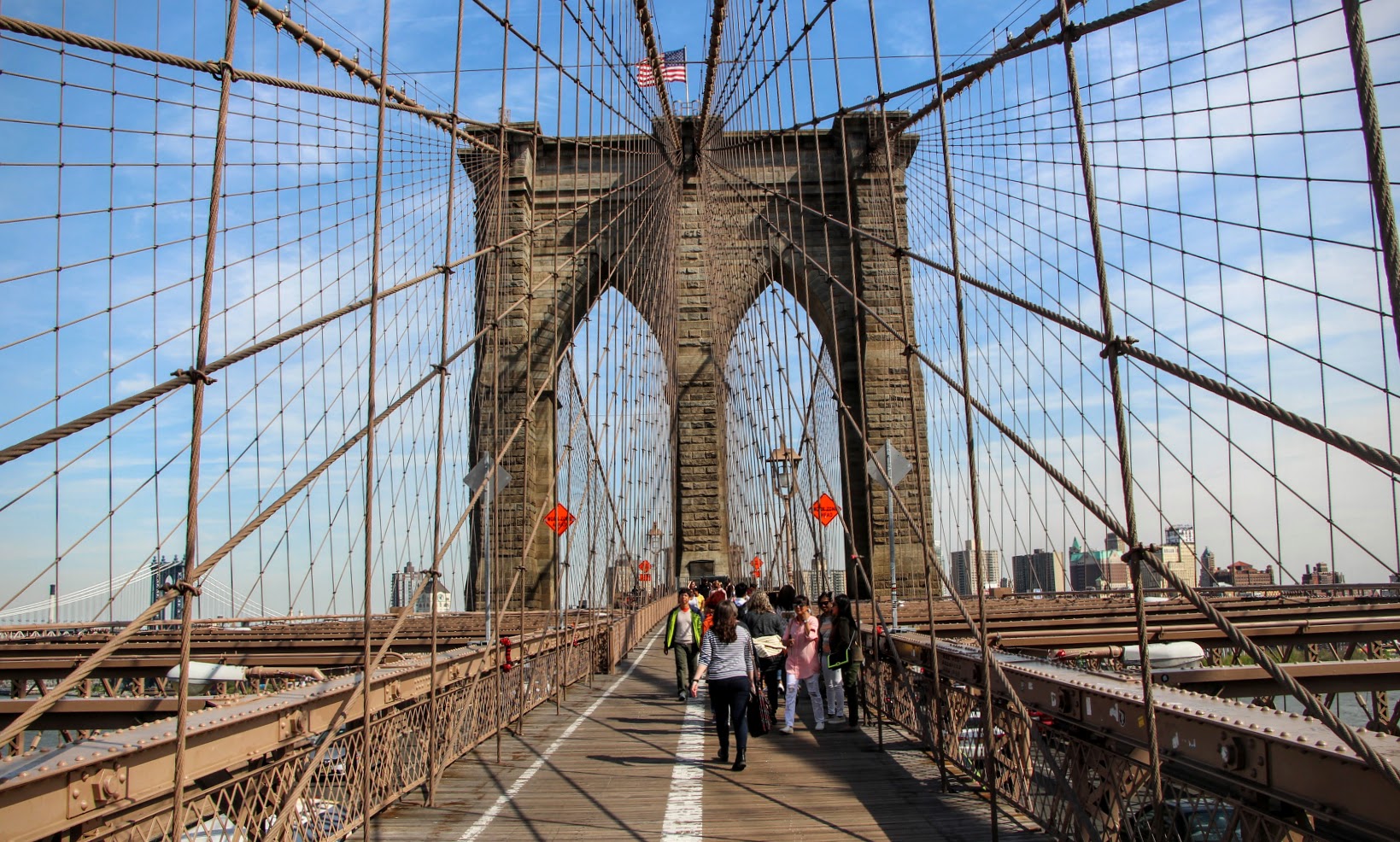 Occupying 85 acres (34 hectares) of Brooklyn’s old cargo shipping port, the Brooklyn Bridge Park offers some of the best city views available. It’s 6 piers are equipped with everything from gardens and sports fields to viewing platforms and public barbeque grills. Since its opening in 2010, this magnificent waterfront greenspace has blossomed into one of New York’s most visited and utilized parks. 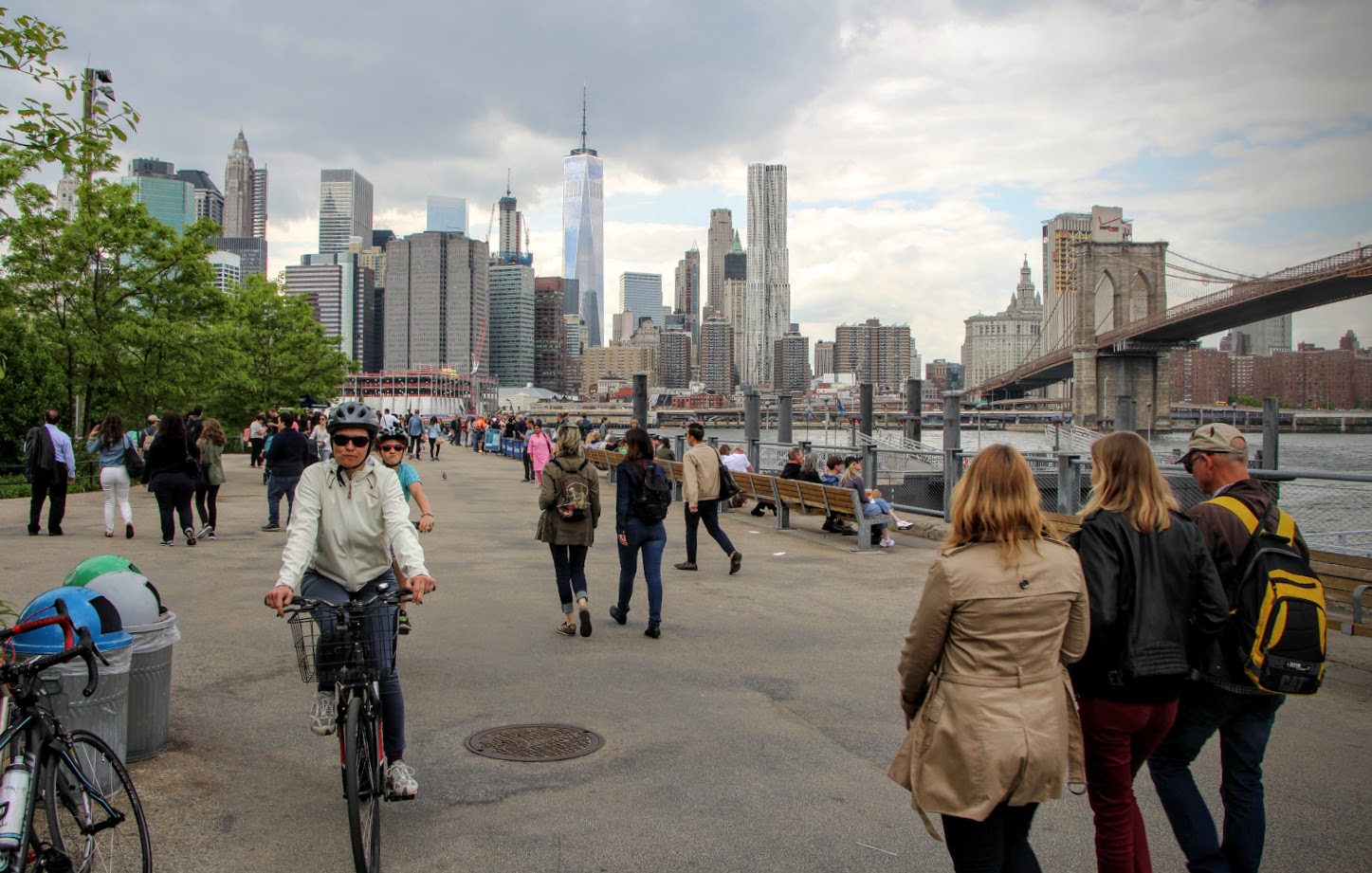 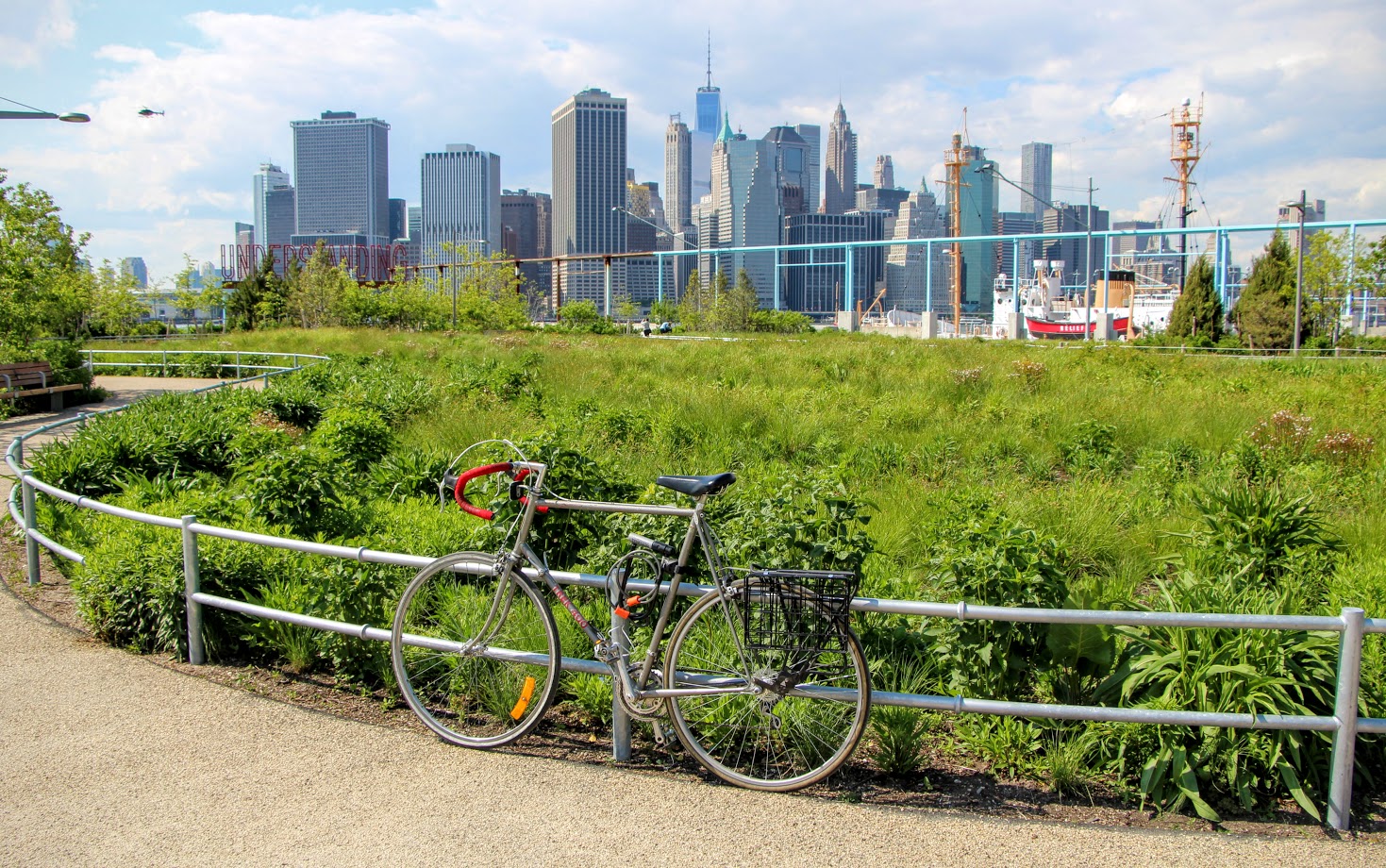 John Wachunas
John Wachunas directs content development and social media marketing at Spinlister. He is an avid traveler and published travel writer, as well as a co-founder and former content director at Embark.org.
Previous Post Manhattan Market: A Gastronomic Bike Tour Through The Heart Of NYC Next Post Cool Things To Do In NYC: A Bike Tour Through Must-See Manhattan