With a history dating back to the Roman Empire, you might expect London’s skyline to be dominated by centuries-old stone behemoths – and to at least a certain extent, you’d be right. Stalwart structures like Westminster Abbey and the Tower of London predate the city’s Great Fire of ‘66 (that’s 1666, mind you), adding that quintessential air of medieval grandeur we non-Europeans have come to expect from the continent’s western capitals.

But what makes London so architecturally astounding isn’t necessarily its remnants of antiquity, but rather what happens when you view them alongside some of the city’s more, shall we say, unconventional highrises. 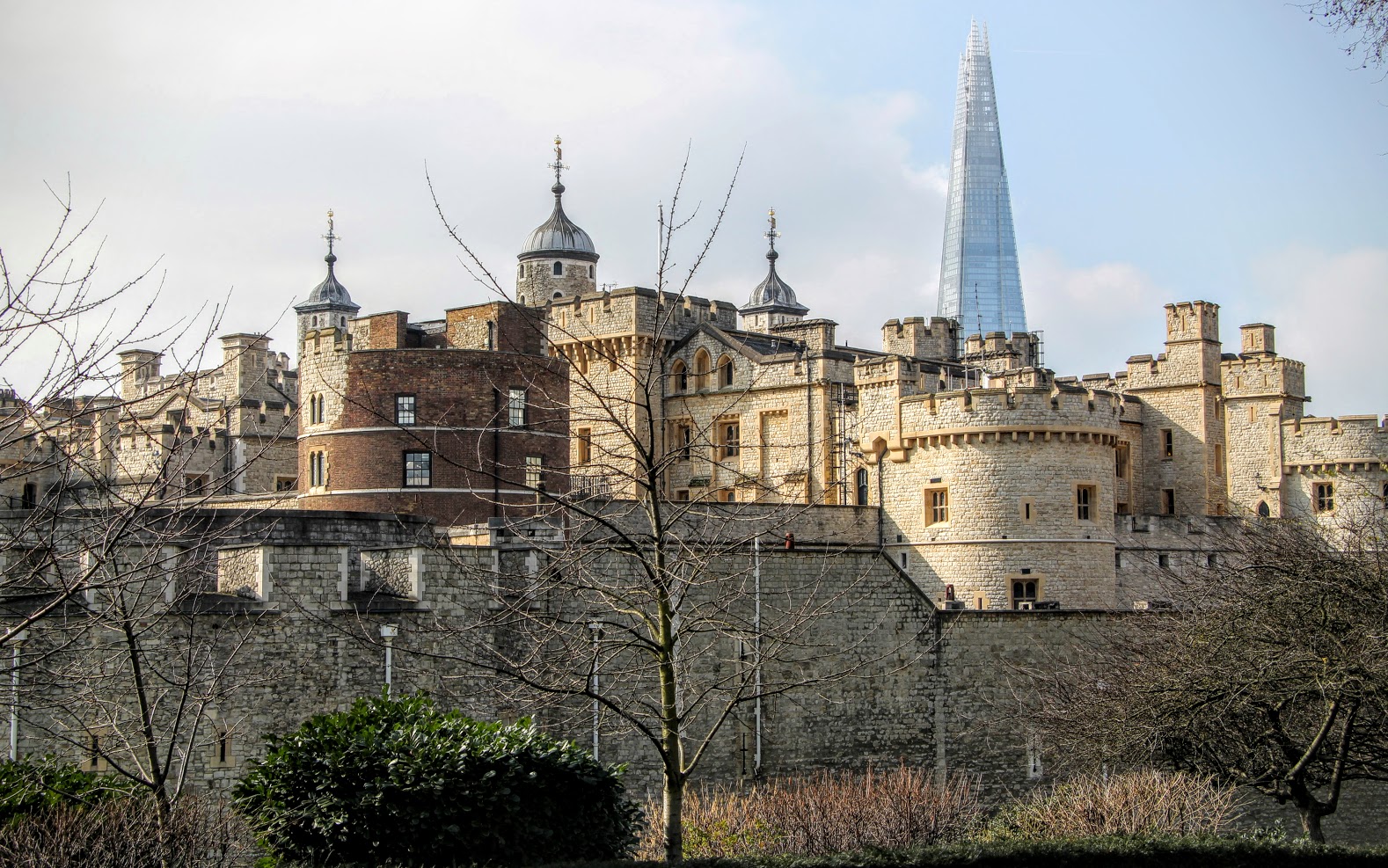 And that’s just the tip of the iceberg.

To help introduce you to the London’s full on embrace of contemporary architectural design, Spinlister has put together a mapped bike route to some of our favorite buildings throughout the capital. Get yourself a bike rental, then take an afternoon to pedal your way through an urban landscape that’s anything but classically British.

More formally known as 30 St Mary Axe (its address), the 180 meter-tall Gherkin is the brainchild of acclaimed British architect Norman Foster. Its futuristic, curved-glass design has won it numerous prestigious awards including the Royal Institute of British Architects Stirling Prize, and the building has been featured in everything from Harry Potter to Match Point (Woody Allen). 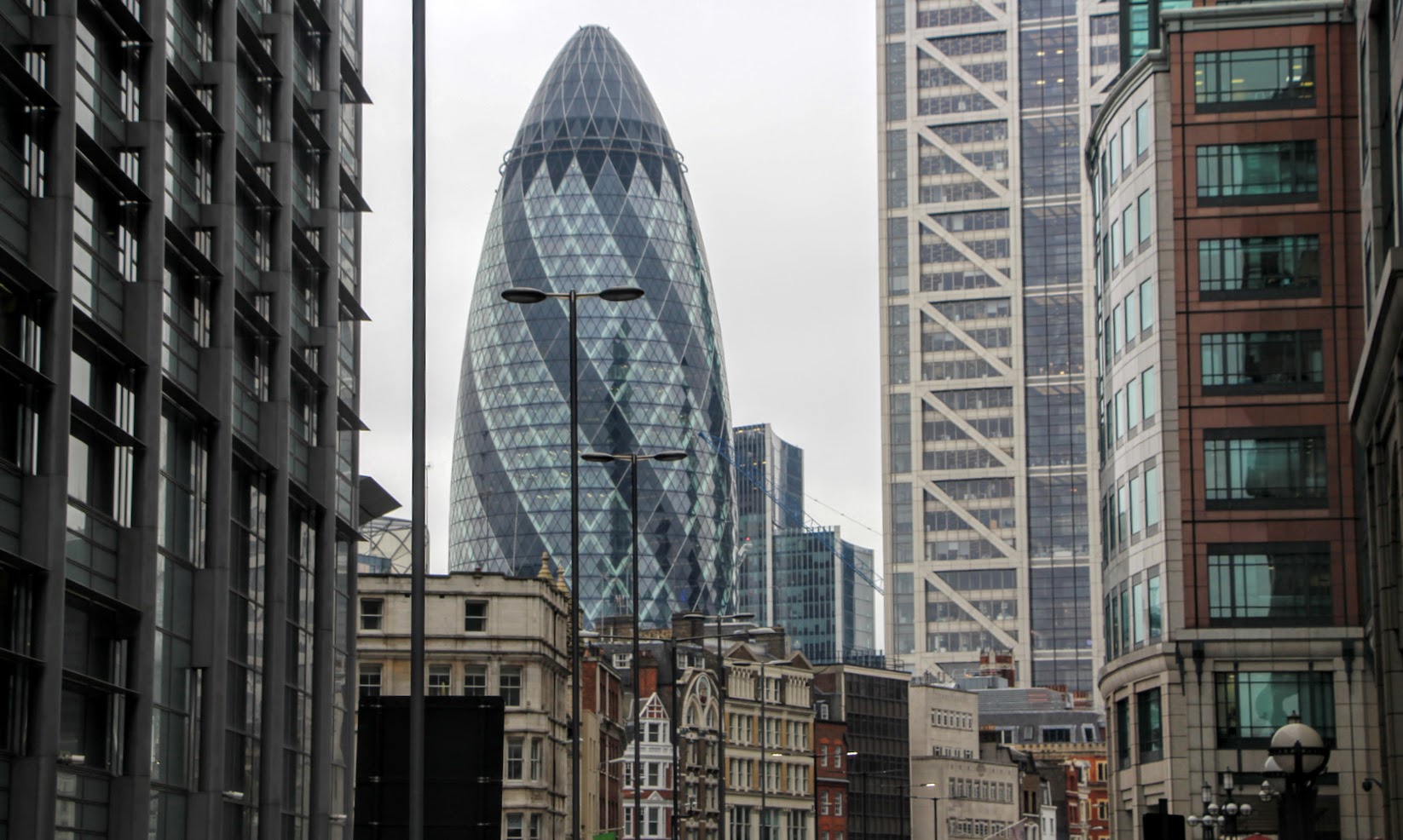 Find the Perfect Ride for Cycling to All of London’s Architectural Marvels:

At just under 310 meters, this glass-covered masterpiece designed by renowned Italian architect Renzo Piano is currently the tallest building in the EU (2016). Provided you’re not afraid of heights, you might want to consider taking a ride up to the 72nd floor viewing platform to appreciate a truly unobstructed panoramic view over London. 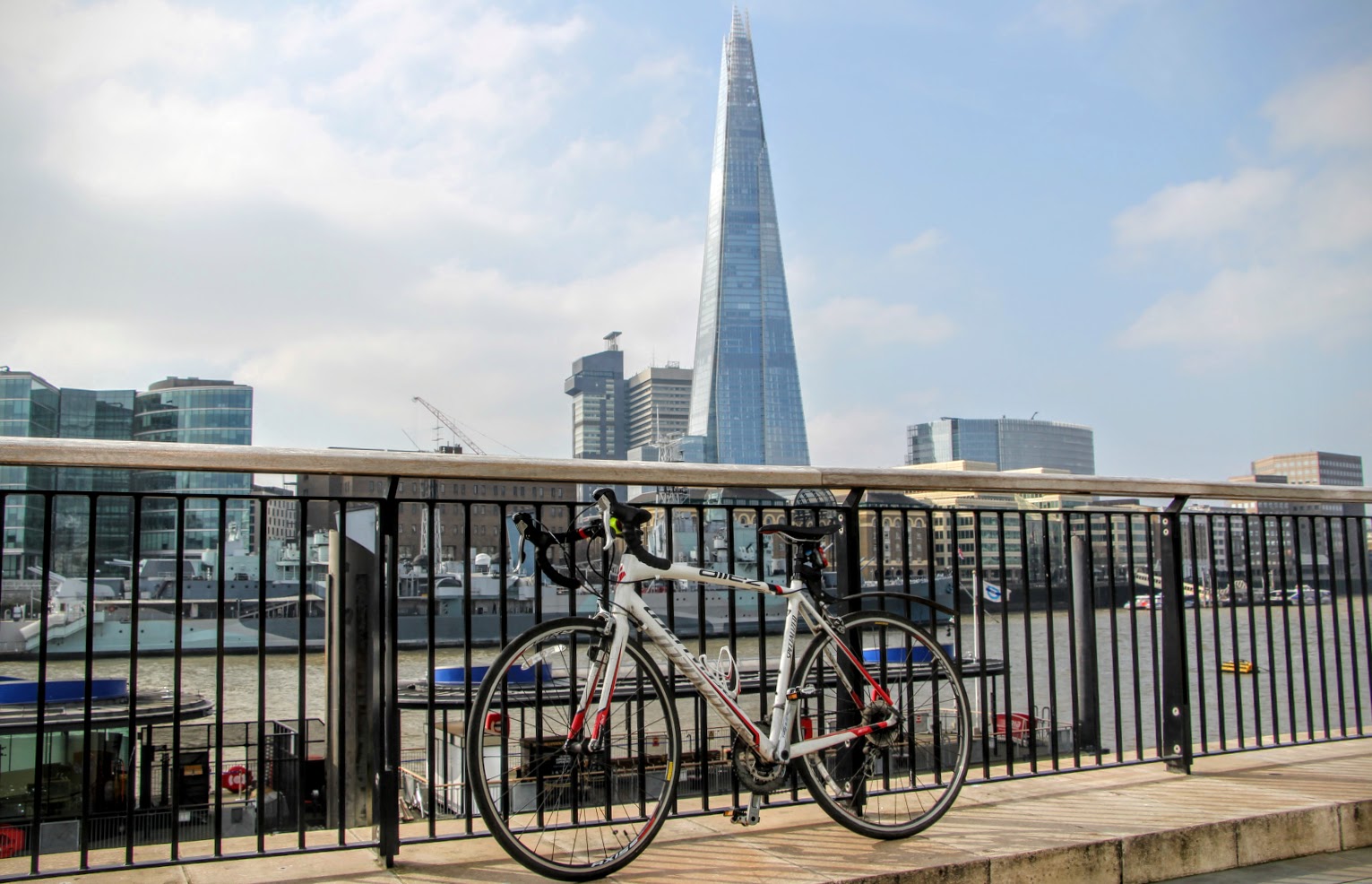 What started as a London exhibition space to ring in the 3rd millennium has been transformed (internally) into a multi-purpose arena that houses everything from basketball games to Pink Floyd reunion concerts. If you’re feeling particularly ambitious, you can harness up and climb to the top of the dome, which stands some 52 meters above the streets of Greenwich. 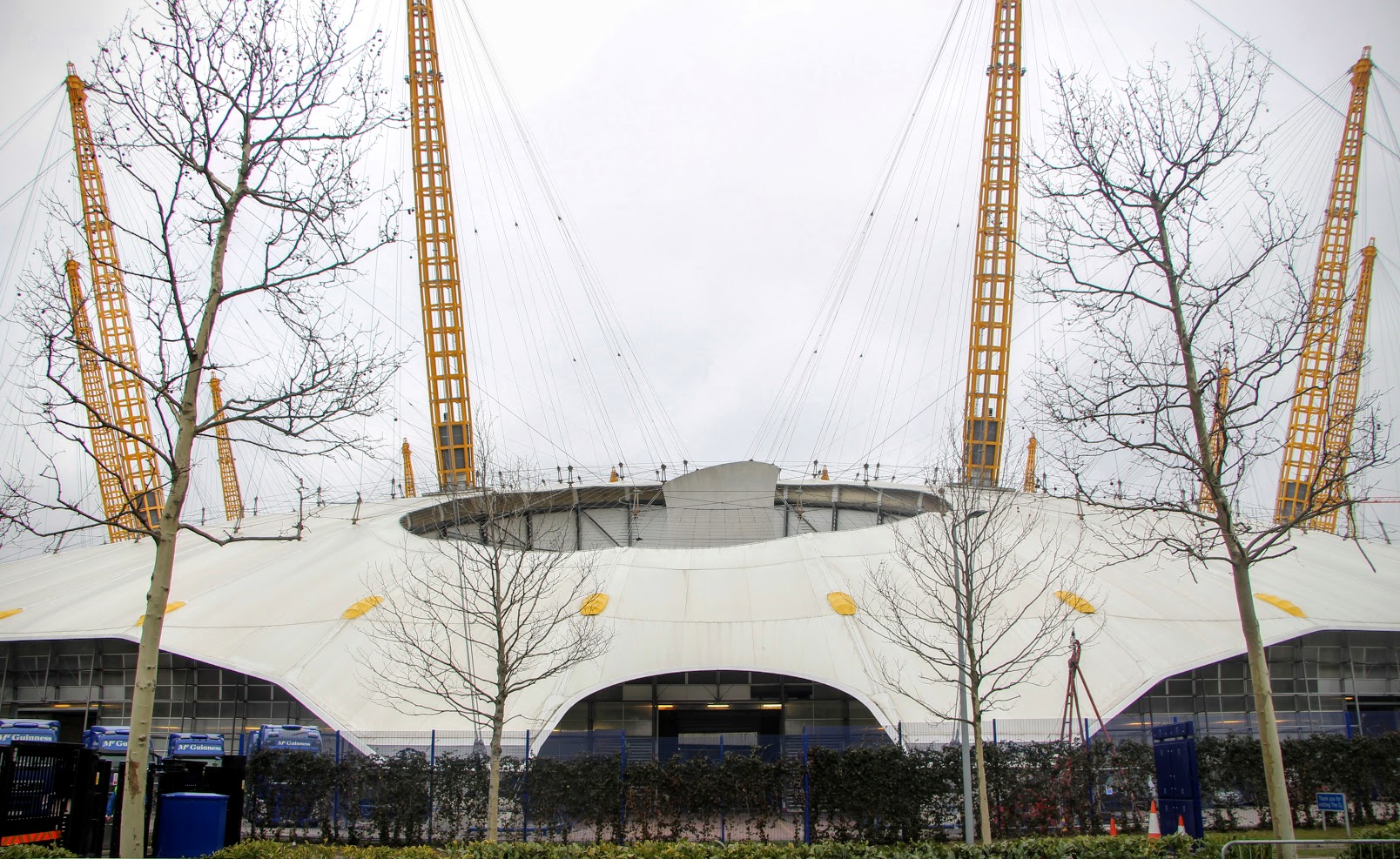 British architect Richard Rogers’ signature “inside-out” style contributed greatly to the architectural canon of the late 20th century, including the Centre Georges Pompidou in Paris and the Lloyd’s Building in central London. The concept here is profound yet simple: artfully create a building with its necessary features (ductwork, stairways, etc) on the outside, thereby leaving uninterrupted useful space in the interior. The Lloyd’s is one of his most widely celebrated accomplishments. 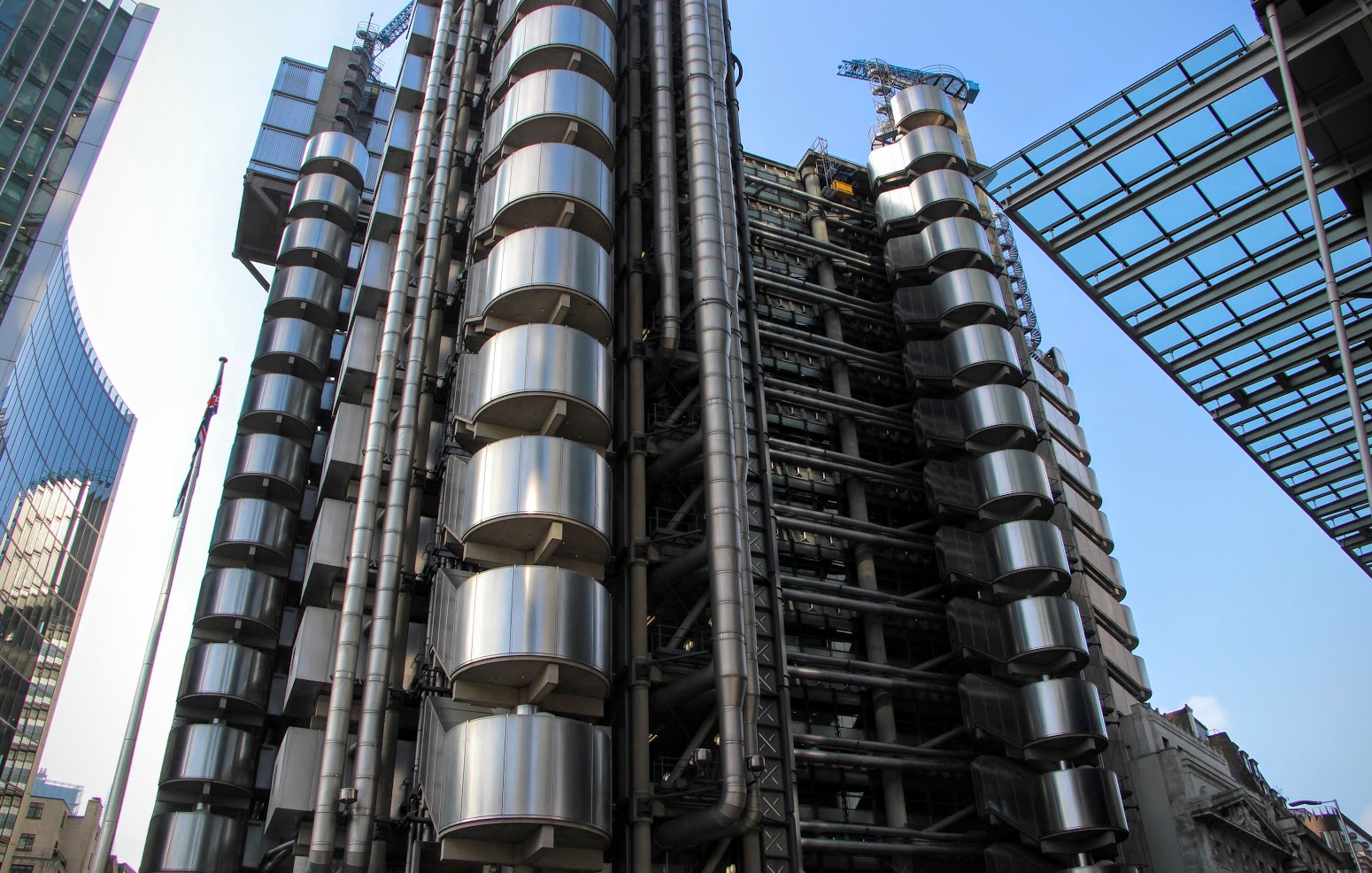 So dubbed because of its resemblance to the clunky two-way radio transceivers of yesteryear, London’s Walkie Talkie (also 20 Fenchurch Street) is an oddly-shaped reminder that not all architectural innovation is good innovation. Adding to public dismay over the building, which won the ignominious Carbuncle Cup in 2014, was the fact that on sunny days in 2013 the reflected sunlight along its southern end was hot enough to melt a car’s interior. Oops. 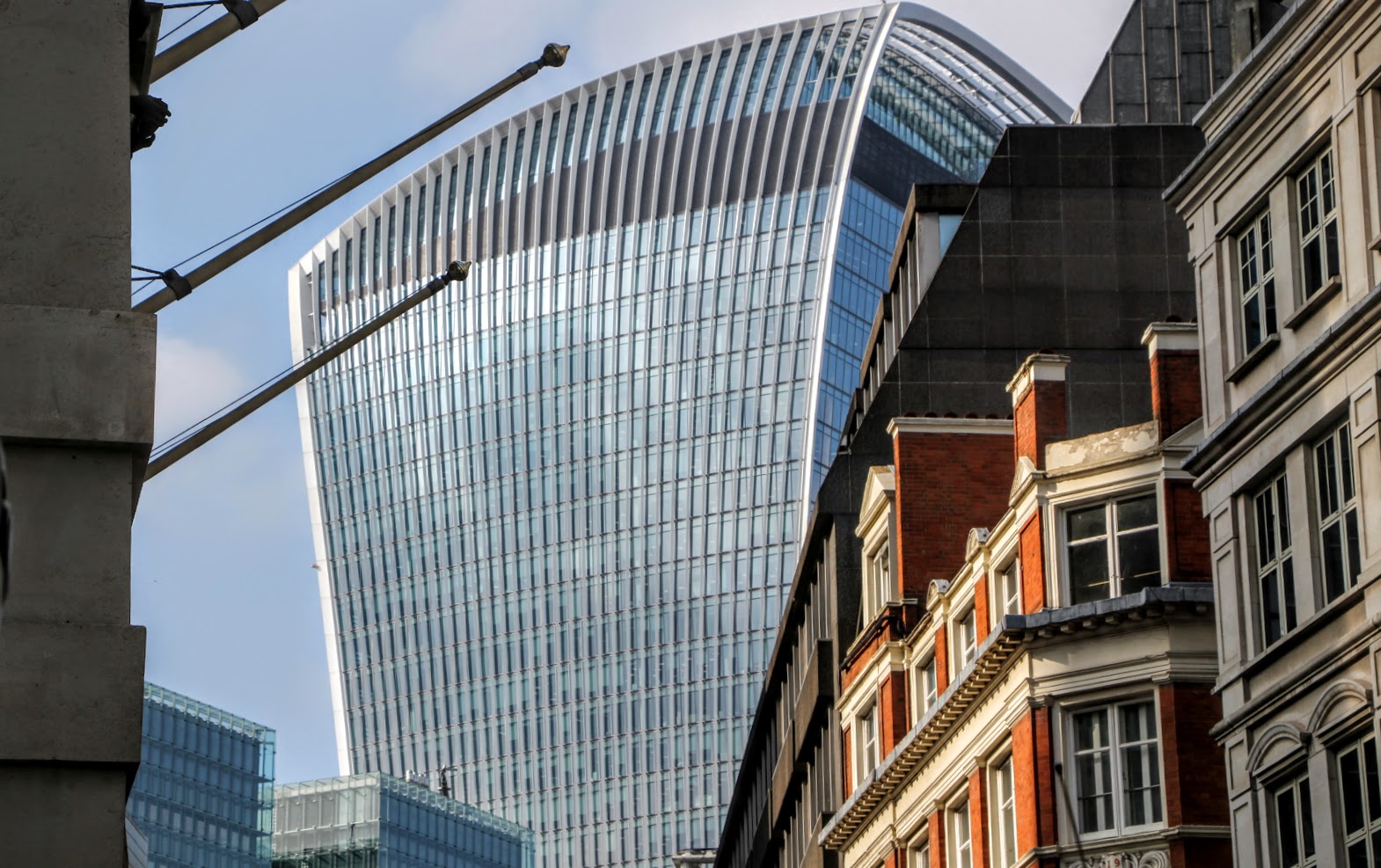 Another creation of Richard Rogers’ architectural firm, the tapered Leadenhall Building (or Cheesegrater, for obvious reasons) measures some 225 meters from street to rooftop. Its uniquely designed three-layered glass exterior has internal blinds that adjust to the movement of the sun, making it one of the most sustainable and energy efficient buildings in London. 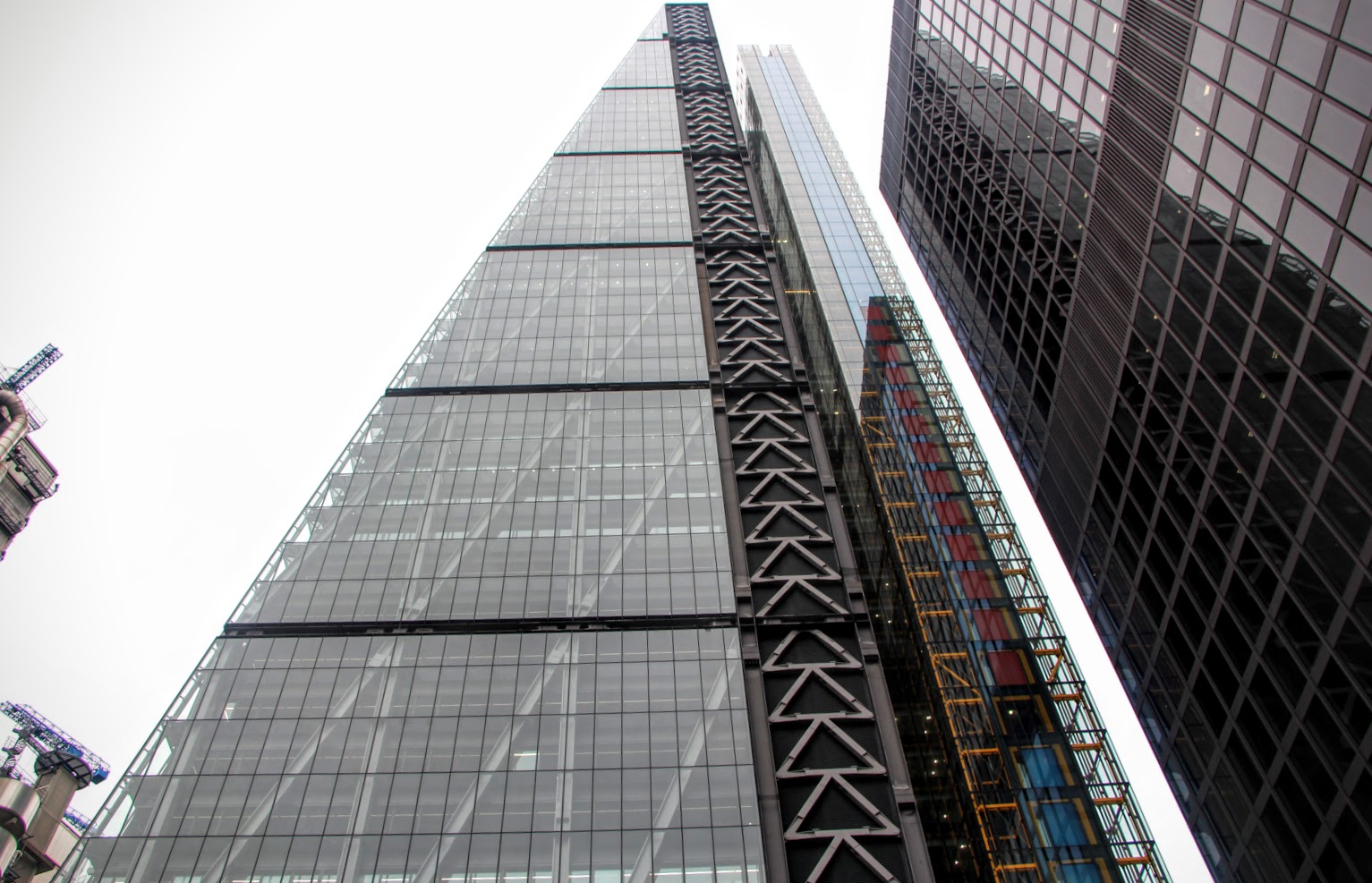 At a mere 45 m, the tiered, off-centered oval of City Hall is nowhere near the tallest of London’s modern buildings. Still, it certainly makes an impression. Like the Gherkin, the structure was designed by Norman Foster, and despite a surprisingly poor energy efficiency rating and a nickname of “The Glass Testicle” it remains a well respected staple of the skyline south of the Thames. 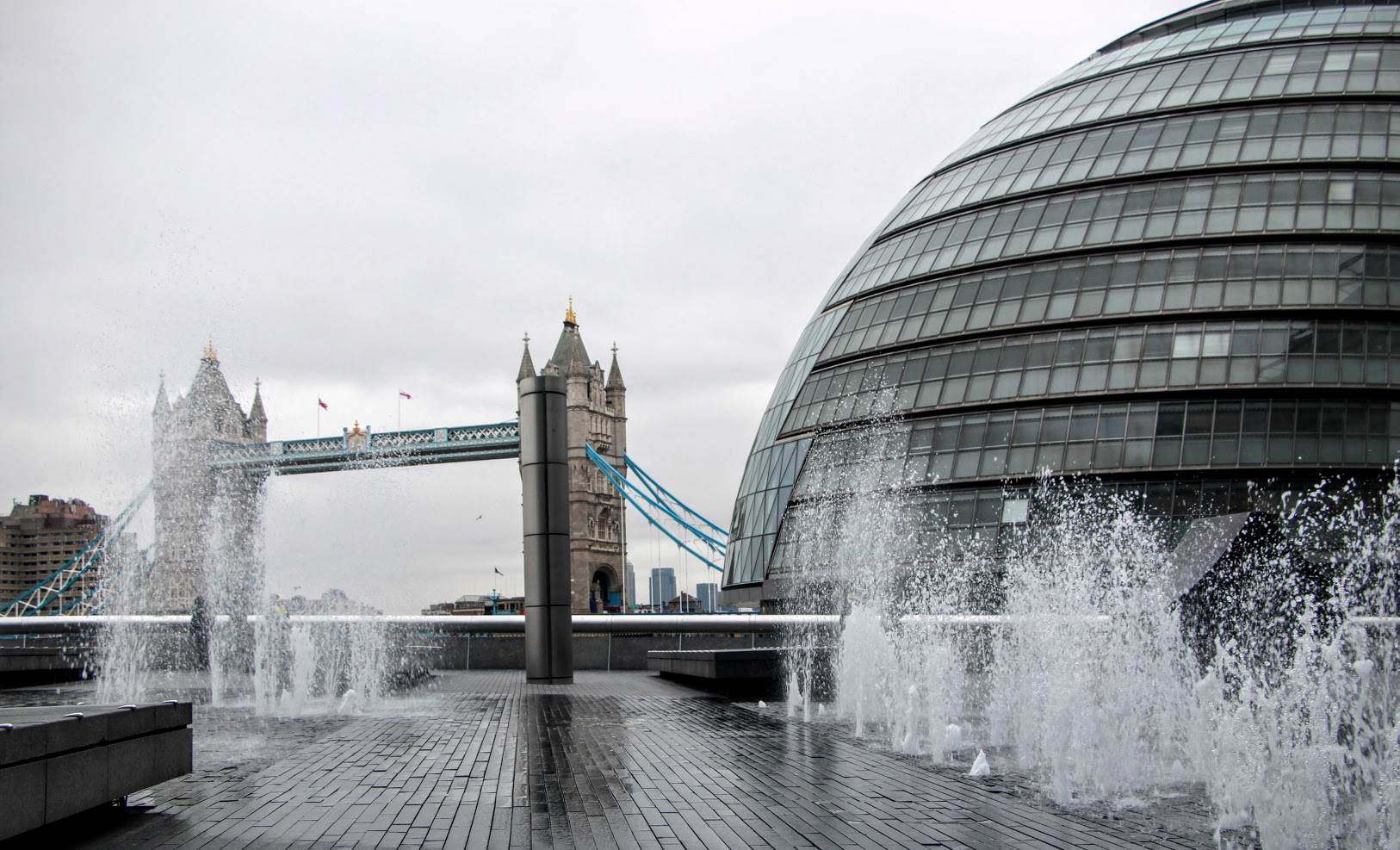 John Wachunas
John Wachunas directs content development and social media marketing at Spinlister. He is an avid traveler and published travel writer, as well as a co-founder and former content director at Embark.org.
Previous Post Night Bike London: Cycling A Night Out In The British Capital Next Post Thames Cycle Path London: Pedaling a 5-Mile Stretch Of A 226-Mile Legend