At 4,310 acres, it’s fair to call Griffith Park in Los Angeles a behemoth of an urban greenspace.

We’re not only talking about surface area here, but a rugged, untamed landscape that encompasses trails, museums, the LA Zoo, the Santa Monica Mountains, the Griffith Observatory, and the iconic Hollywood Sign. That’s what you call an A-list of California attractions, all made possible by the philanthropic generosity of a 19th century American industrialist and attempted-murderer named Griffith Griffith. 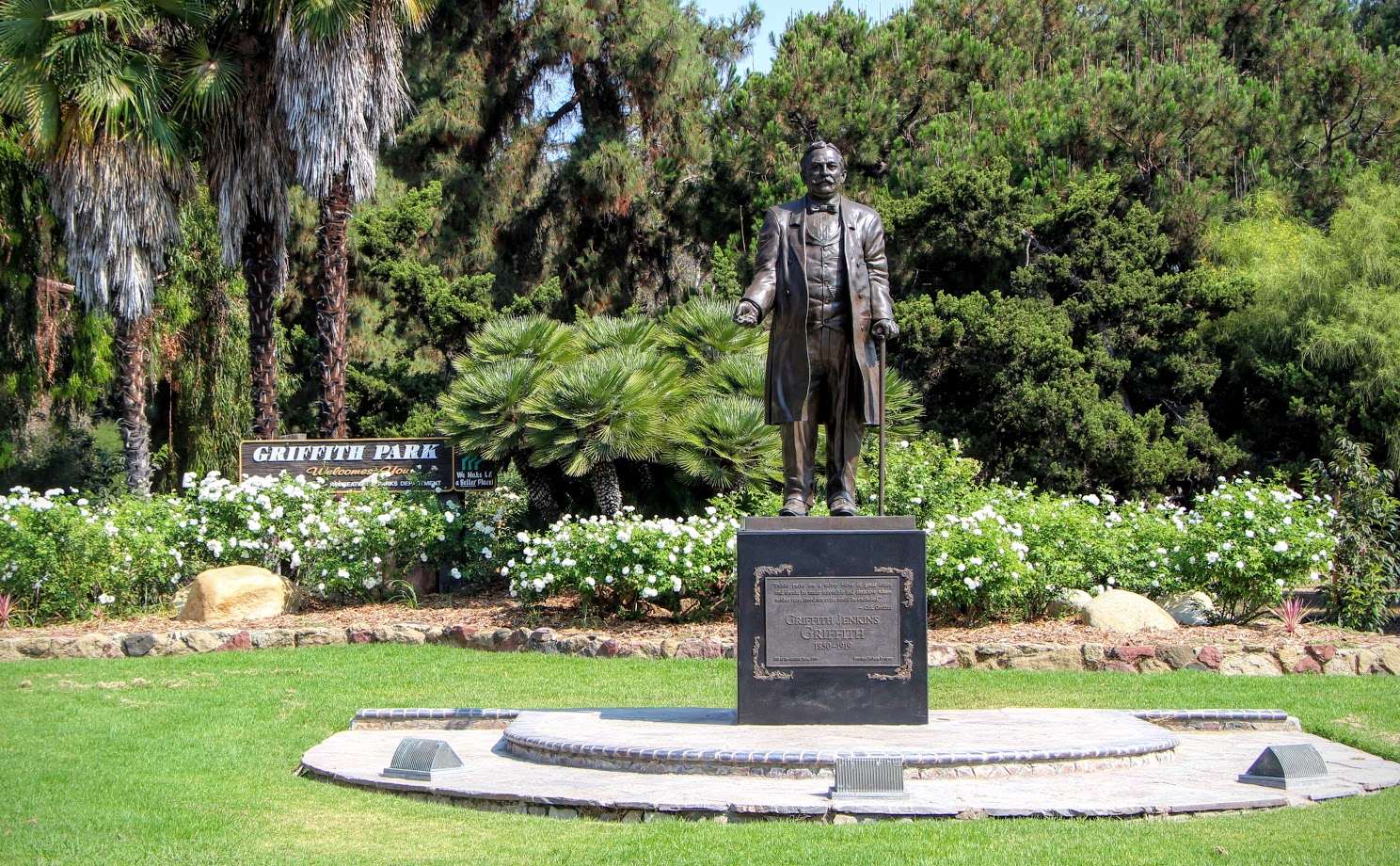 Needless to say, the park has long been a magnet for outdoor enthusiasts of all persuasions. Its terrain is navigable on two feet, two wheels, or four equestrian legs, rewarding weary adventurers with majestic lookouts over Southern California and the vast Pacific horizon beyond.

If sweating your way up 1,000 ft to sweet panoramic glory sounds like your idea of a morning well spent, you just might be interested in one of the most celebrated bike rides in the greater Los Angeles area: the Mt Hollywood Trail to Griffith Observatory.

From the park entrance on Crystal Springs Drive, the initial 4.5 miles of this route are about as smooth as sailing (or cycling) gets. The bike lanes are wide, the inclines are nonexistent, and the minimal traffic that’s on the road is restricted to a 25 mph speed limit. Even the looming peaks of the Santa Monicas remain far enough to the southwest to be nearly out of sight. 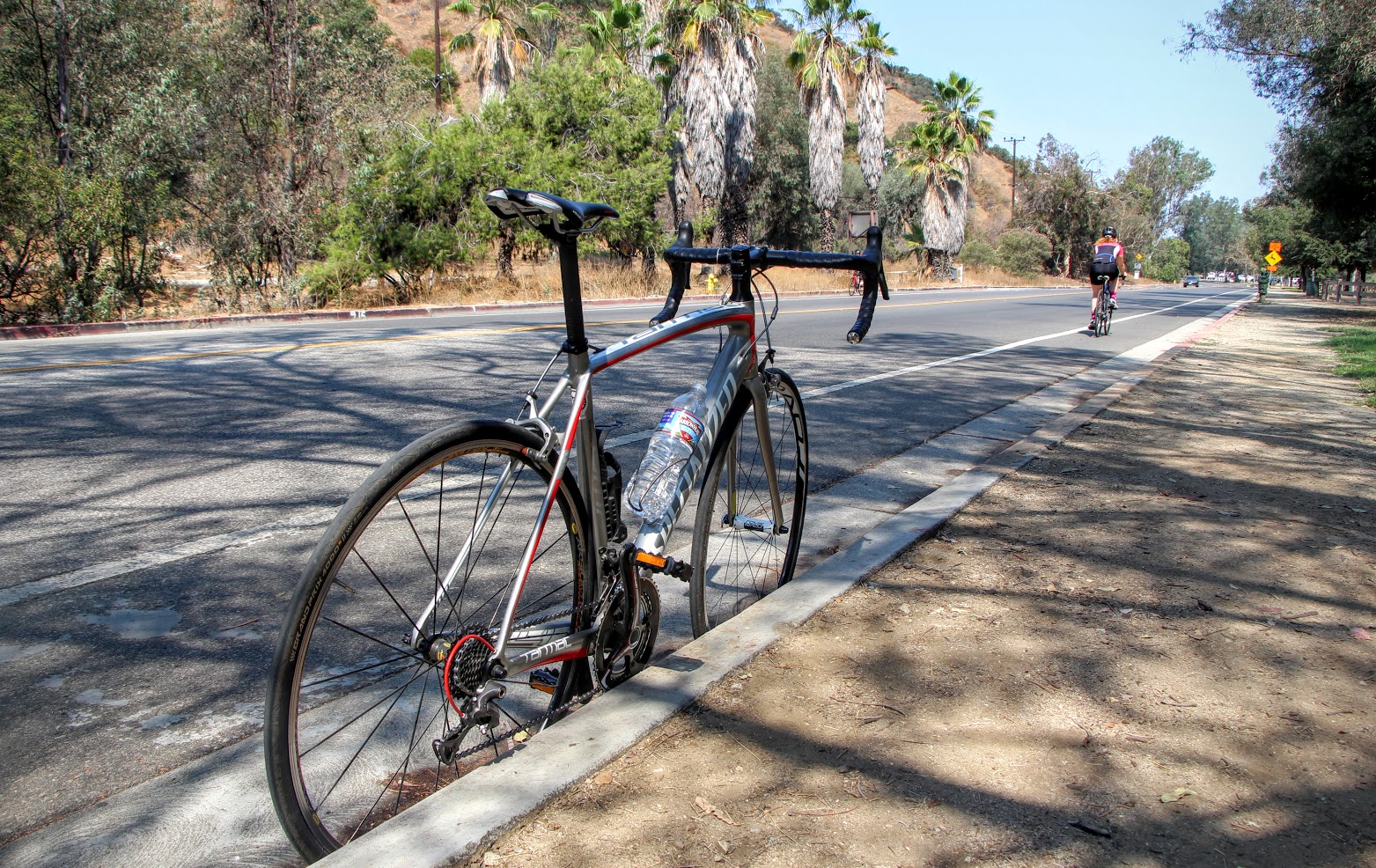 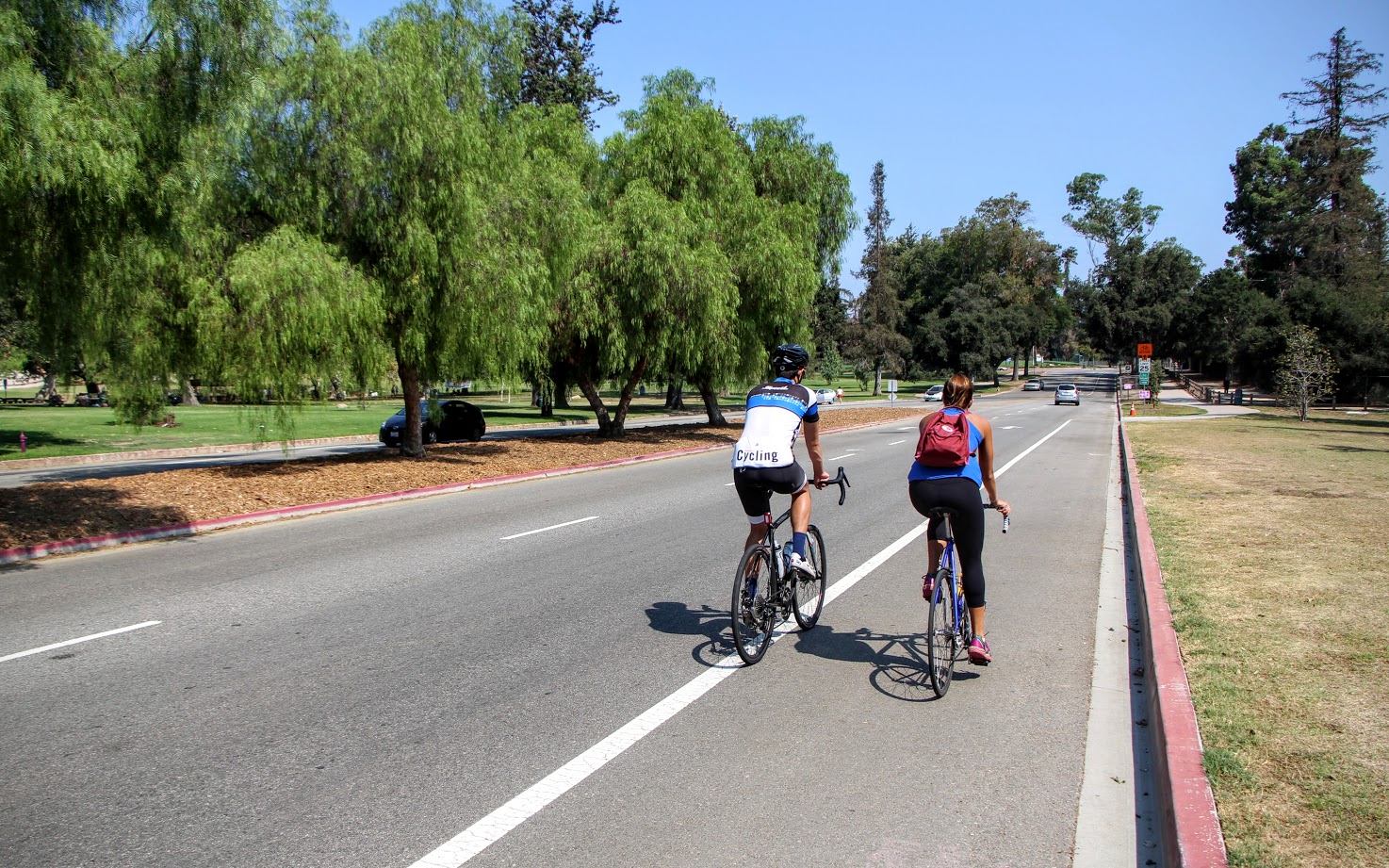 Once you turn onto Griffith Park Drive, however, the real fun begins. 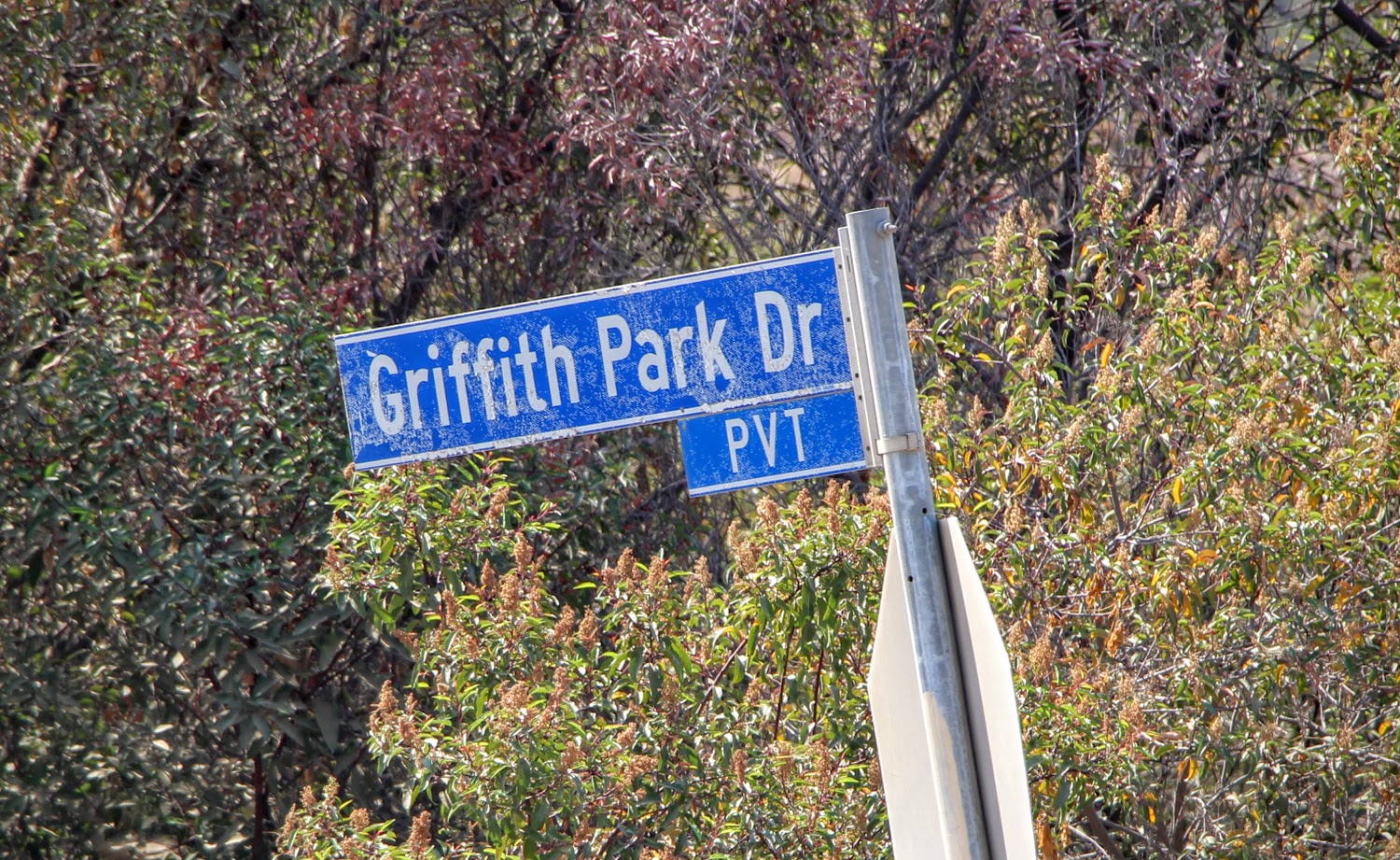 The next 4 miles are composed of a nearly continuous climb up Mt Hollywood, switchbacking your way up the rough asphalt of the titular Mt Hollywood Drive. Thankfully, the road is completely inaccessible to cars, giving cyclists little to worry about besides dwindling stamina and the occasional pedestrian. As you ascend, you’ll be treated to ever more expansive views of the San Fernando Valley before eventually turning south at the summit. 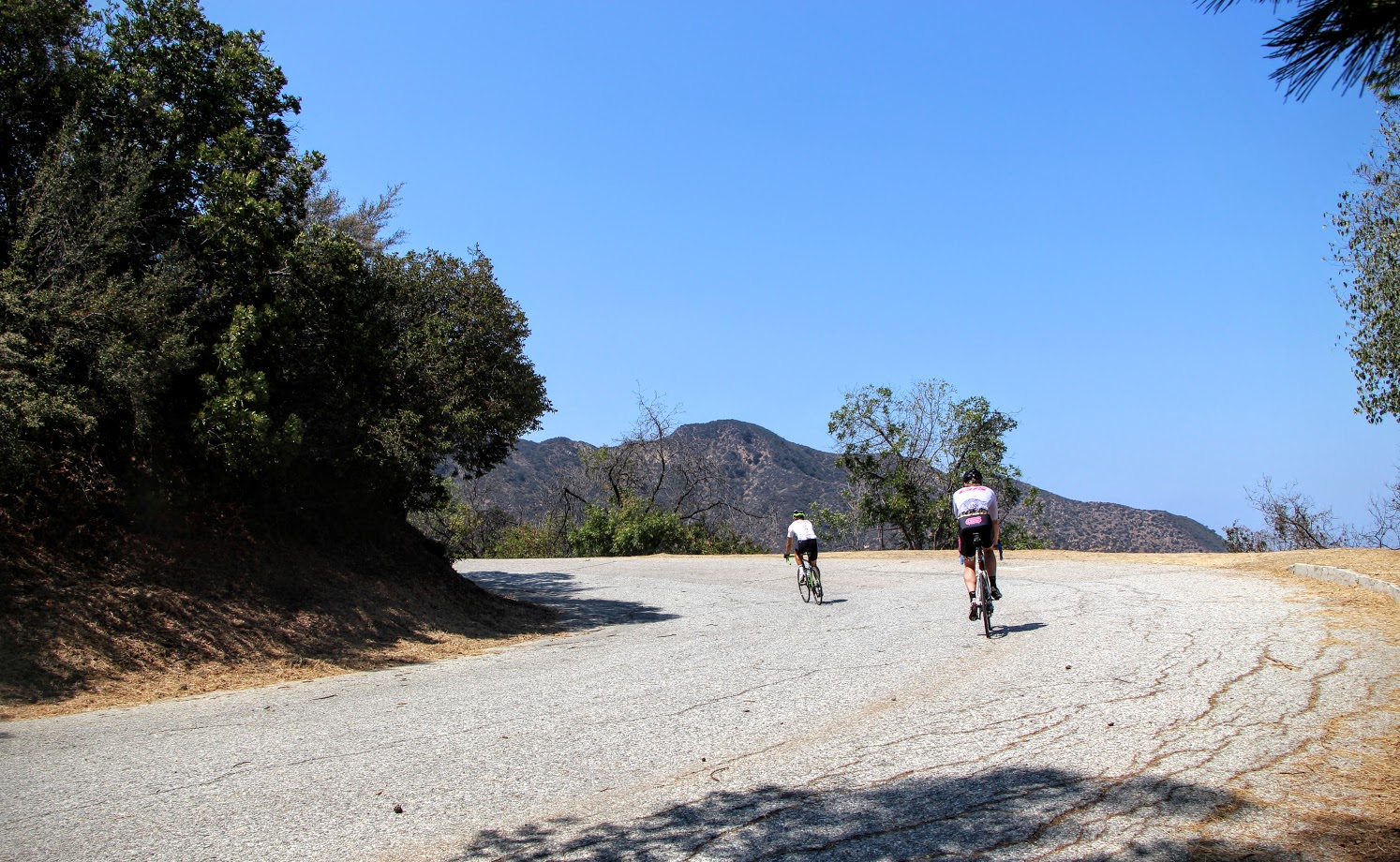 Then it’s all downhill from here.

The final mile of the ride is arguably the most enjoyable, cruising along a sustained downhill past the Hollywood Sign before one last 100 ft climb to the Griffith Observatory. During weekends you can expect there to be a sizable crowd, which may dampen your enthusiasm for locking up your bike and taking a free look around the interior. 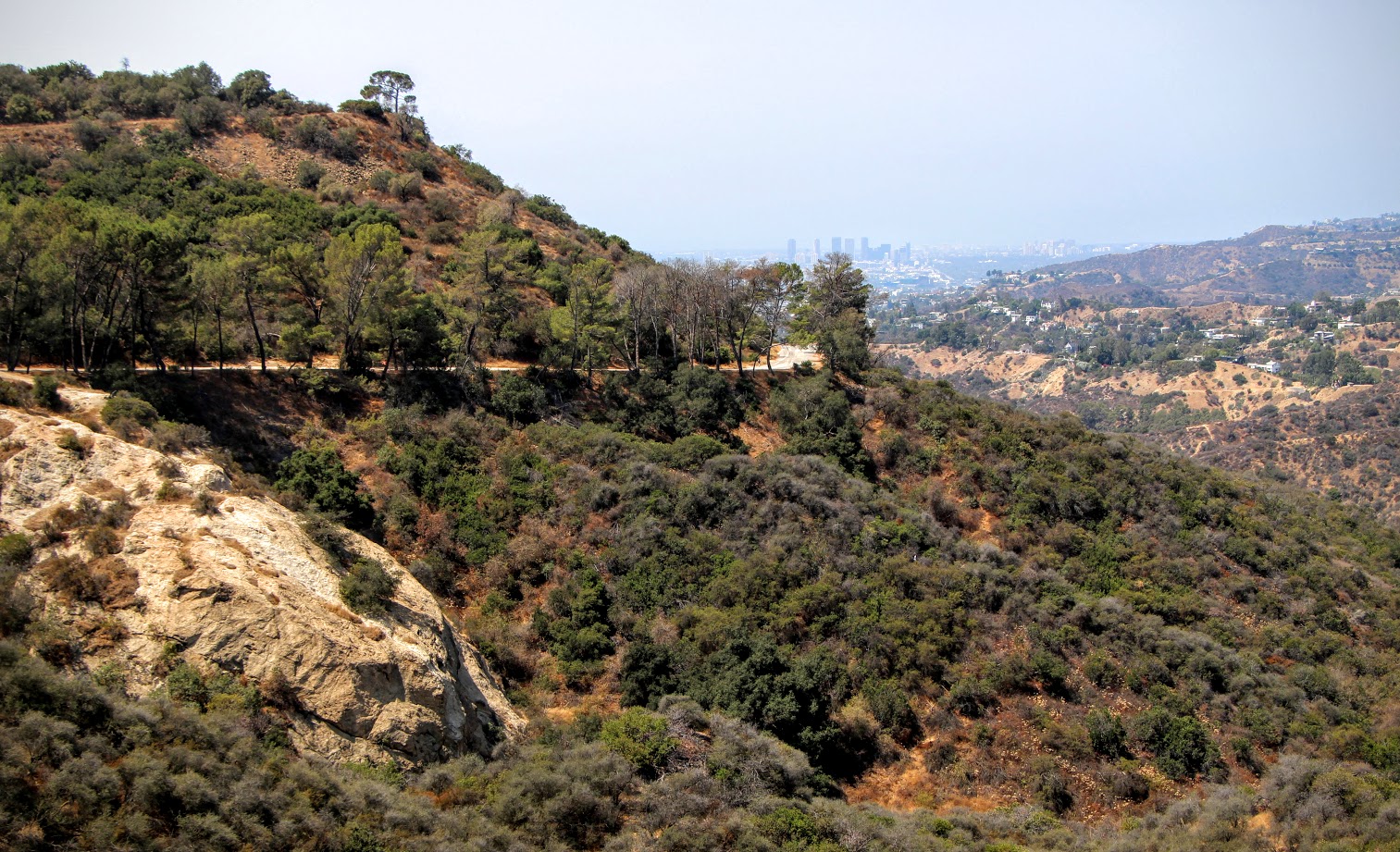 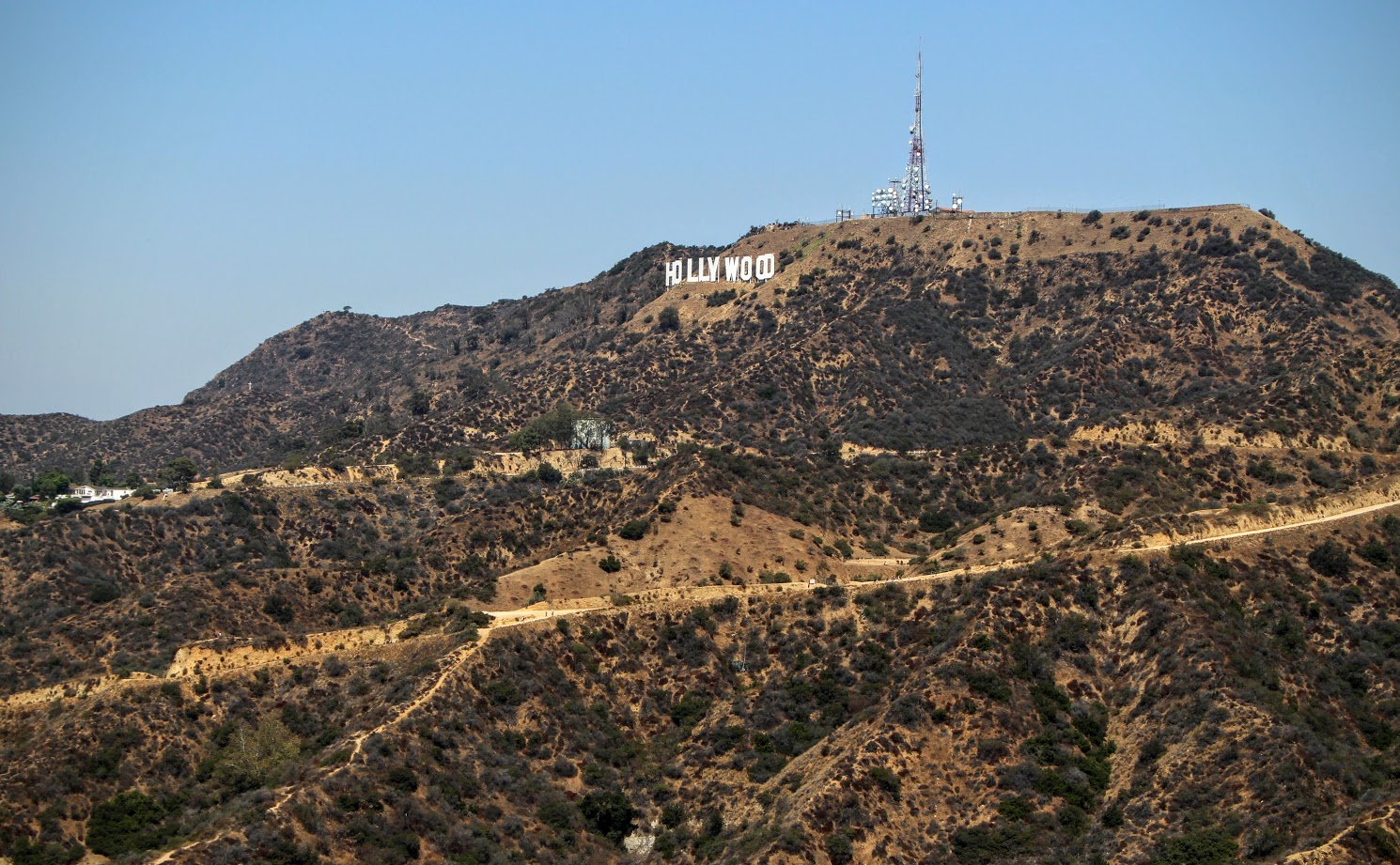 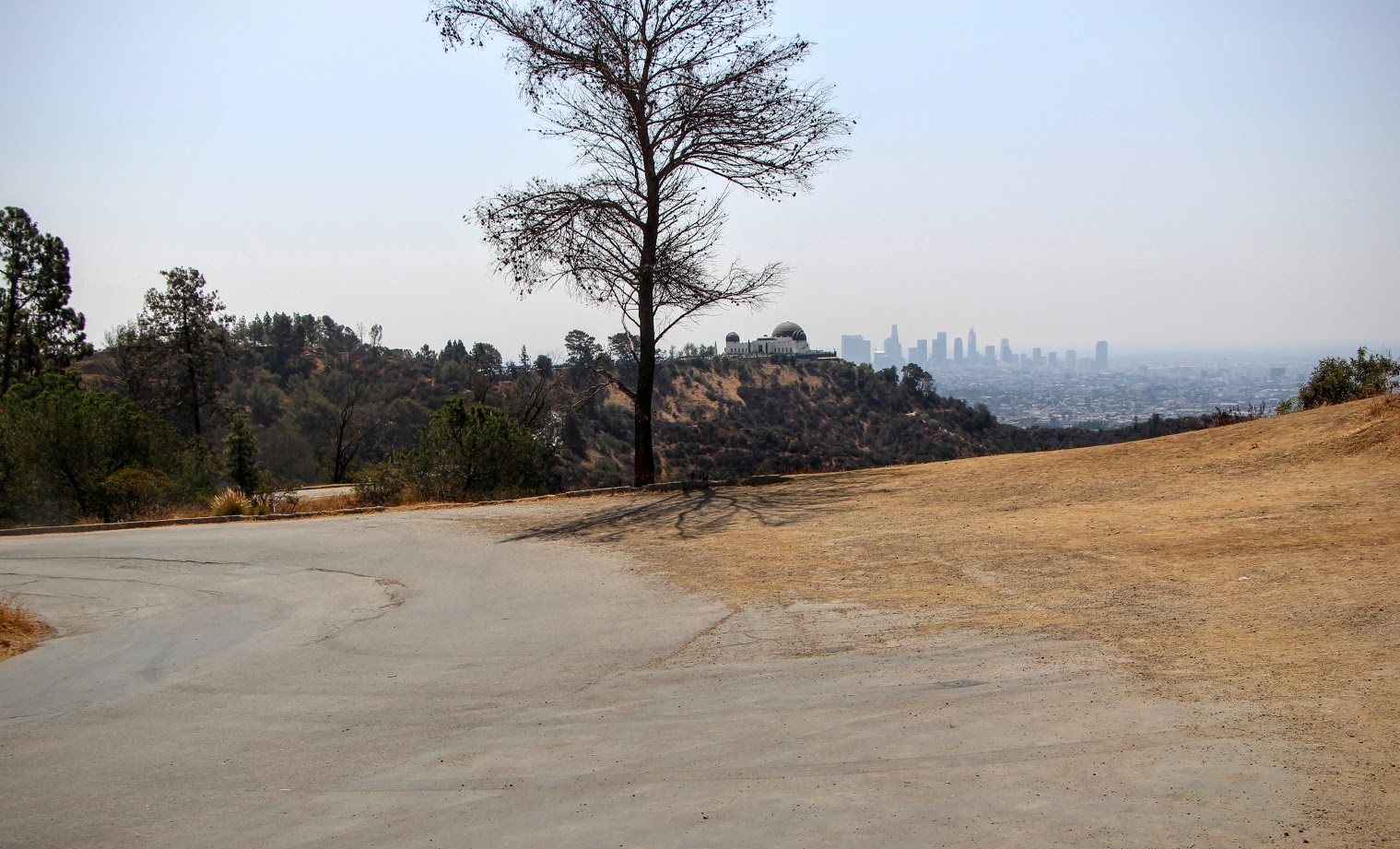 If all you have to walk away with is a view from the exterior, however, we’ll still consider that a win. 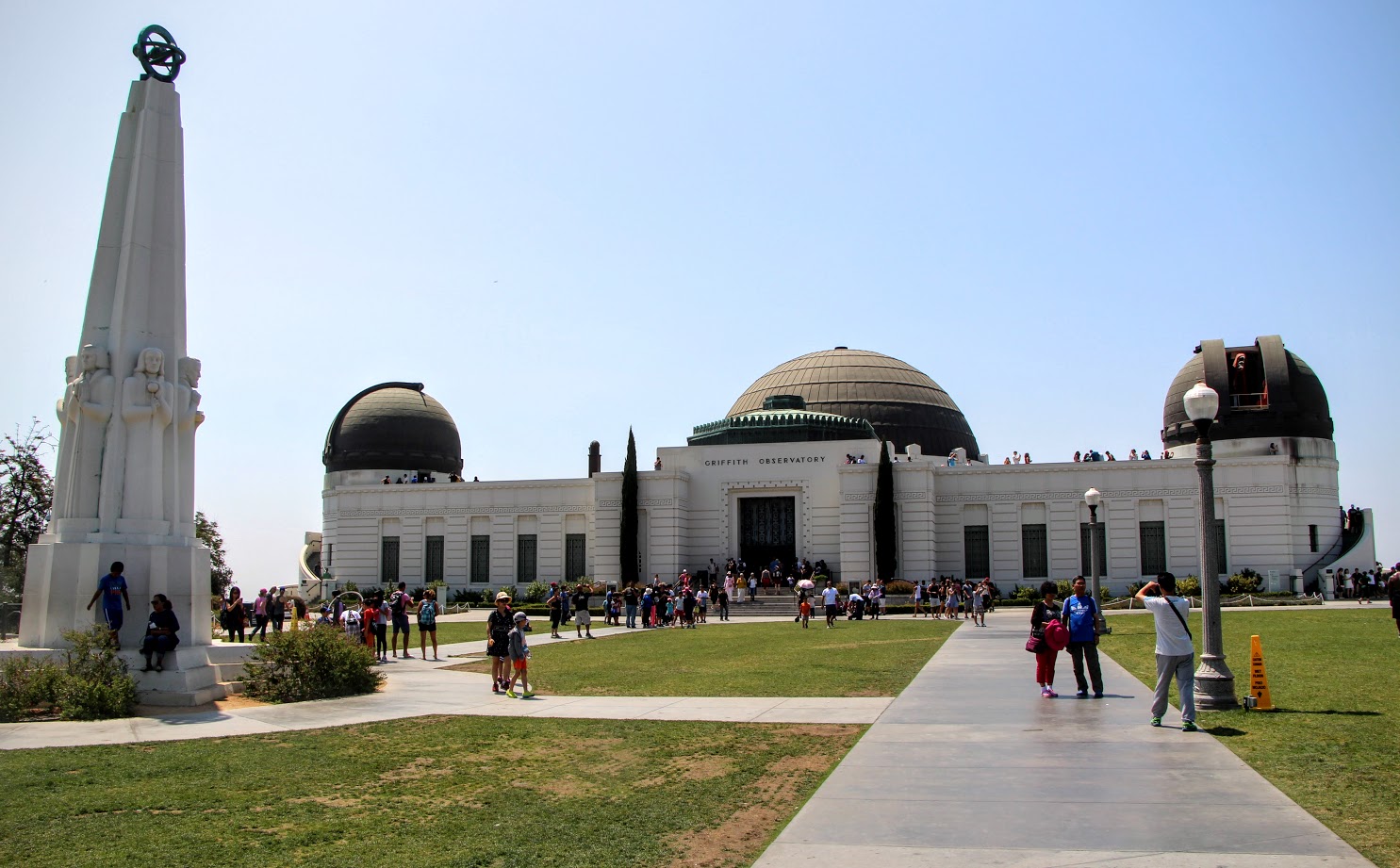 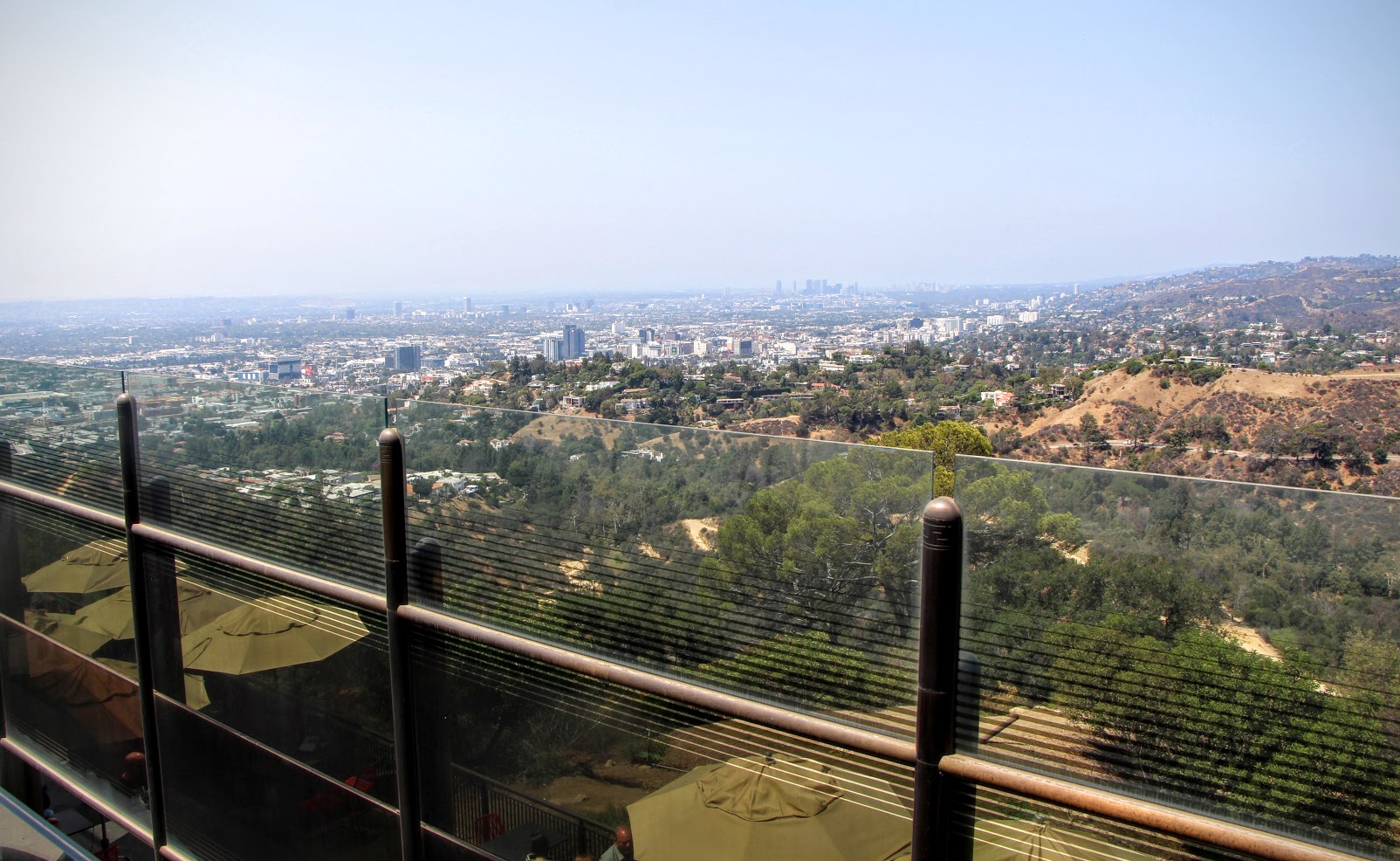 Berlin By Night: A Bike Tour Through Germany’s Nightlife Capital