Every once in awhile, a cyclist stumbles upon his/her “it” ride. Of course, no two riders’ tastes are identical, but in general the criteria are fairly consistent across the board: invigorating inclines, long, winding descents, minimal street traffic, and just the right amount of breathtaking scenery to pull it all together.

That being the case, the Palos Verdes peninsula may safely be counted among not only the most impressive cycling destinations in LA, but along the entire west coast of the United States. 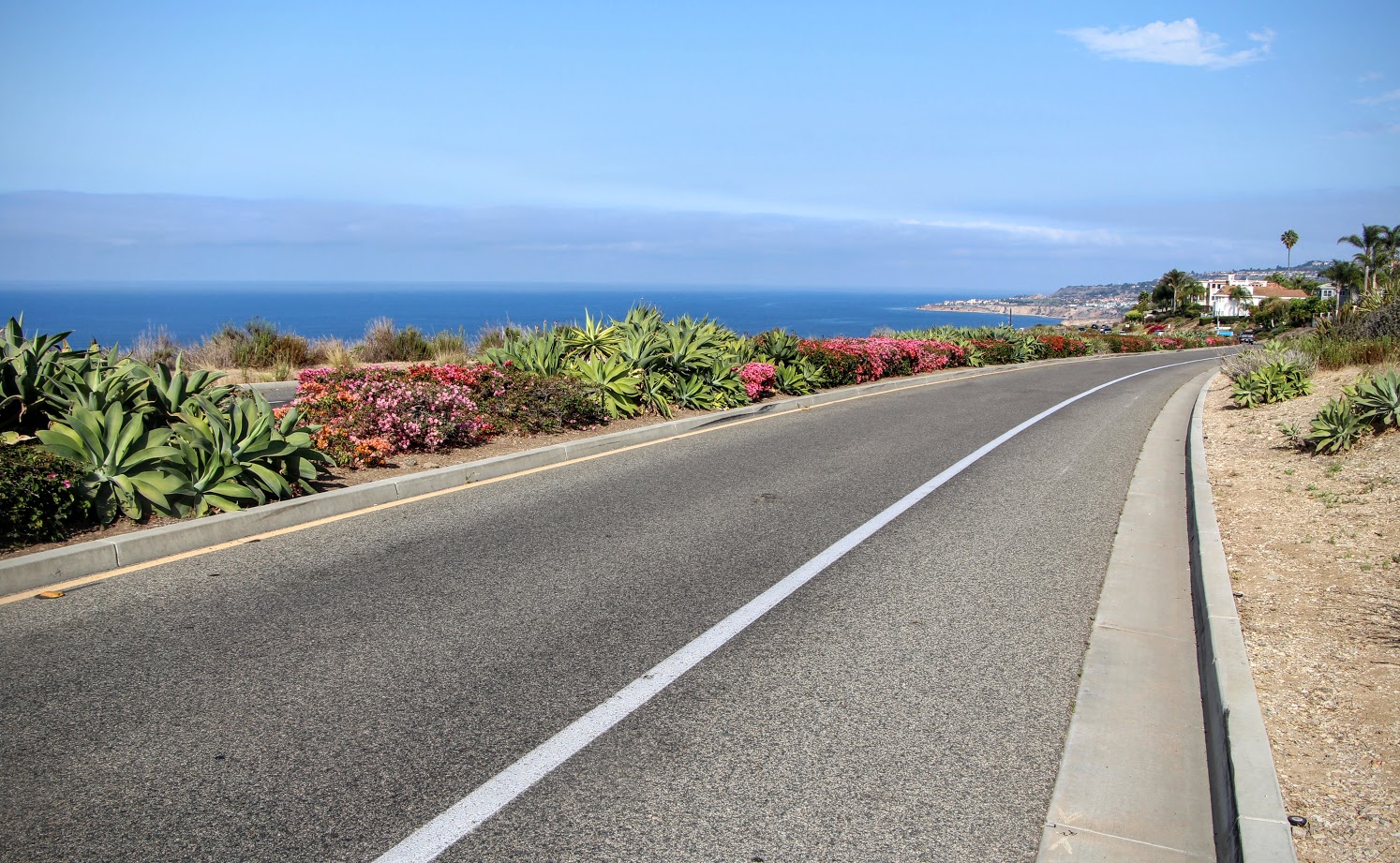 To understand just what makes this 24-mile loop, dubbed the Palos Verdes Donut, so memorable, you first need to know a little something about the peninsula itself. The landmass is located along the rocky shores of the Pacific Ocean, in far southwestern Los Angeles county. Calling the neighborhoods here “upscale” would be a gross understatement, as Rolling Hills is consistently ranked among the most expensive residential communities in the country. It even had the title all to itself as recently as the mid 1990’s.

All this affluence and exclusivity bodes well for cyclists, thanks in no small part to the uber wealthy’s aversion to traffic and proclivity for clustering around areas of jaw-dropping natural beauty. And as luck would have it, the PV Donut loop fits this stereotype to a tee. 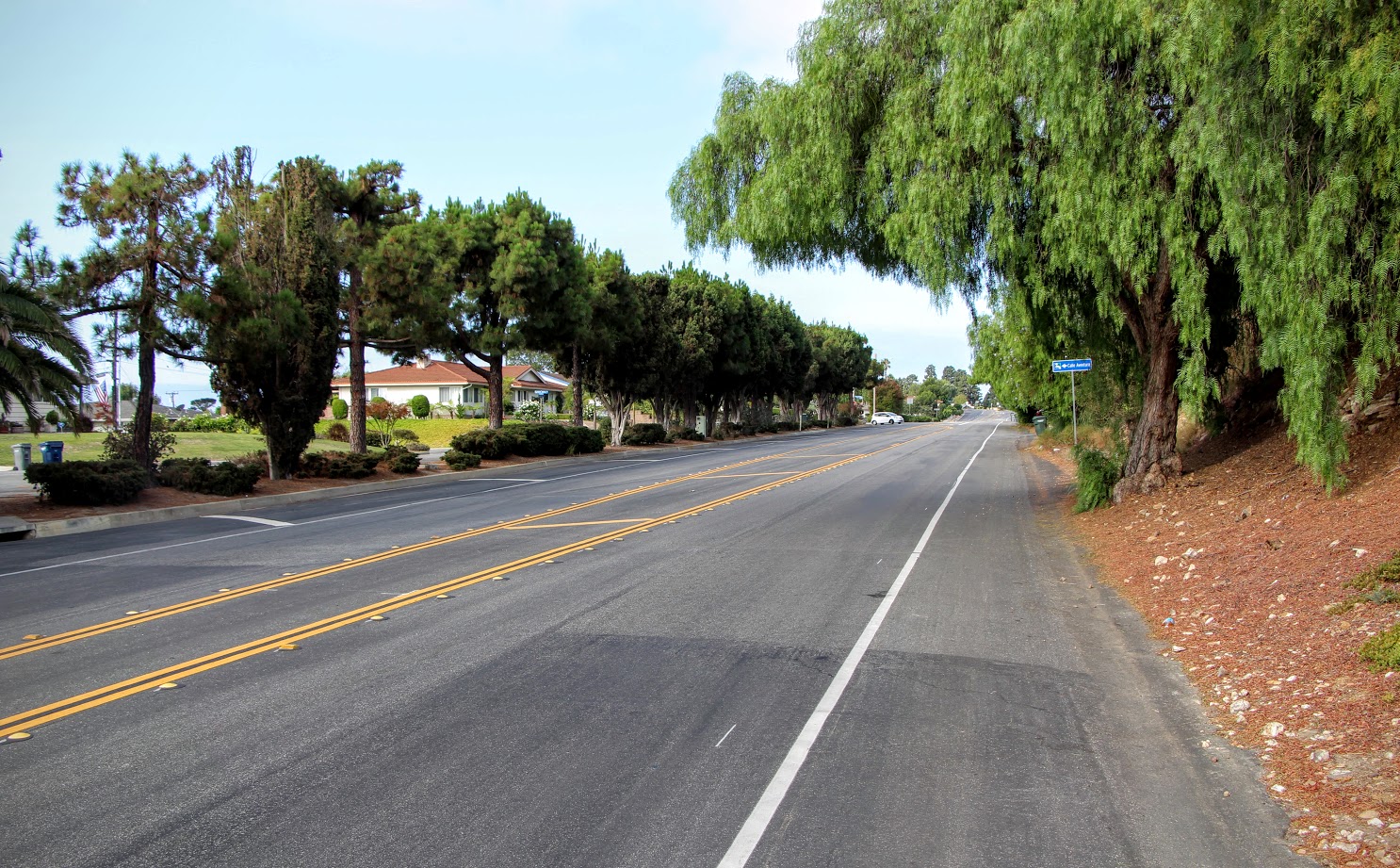 Generally speaking, the best way to tackle this “tour de luxe” around the Palos Verdes peninsula is in a clockwise direction, beginning from Palos Verdes Drive North. There’s no need to worry about getting lost here, as the only four streets you’ll be pedaling will be identically named but for their proceeding cardinal direction. 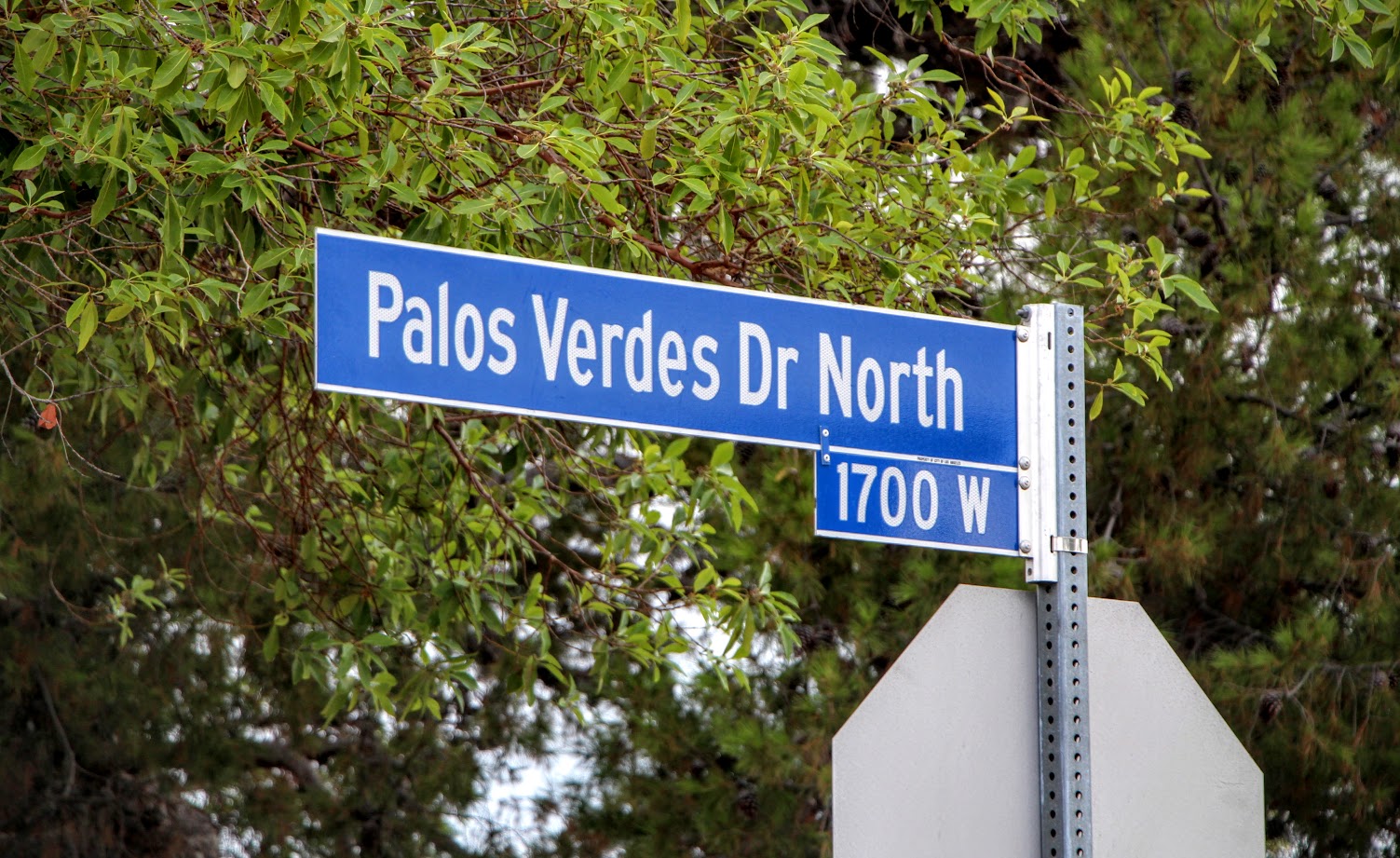 Find the Perfect Ride for Cycling the Palos Verdes Peninsula: 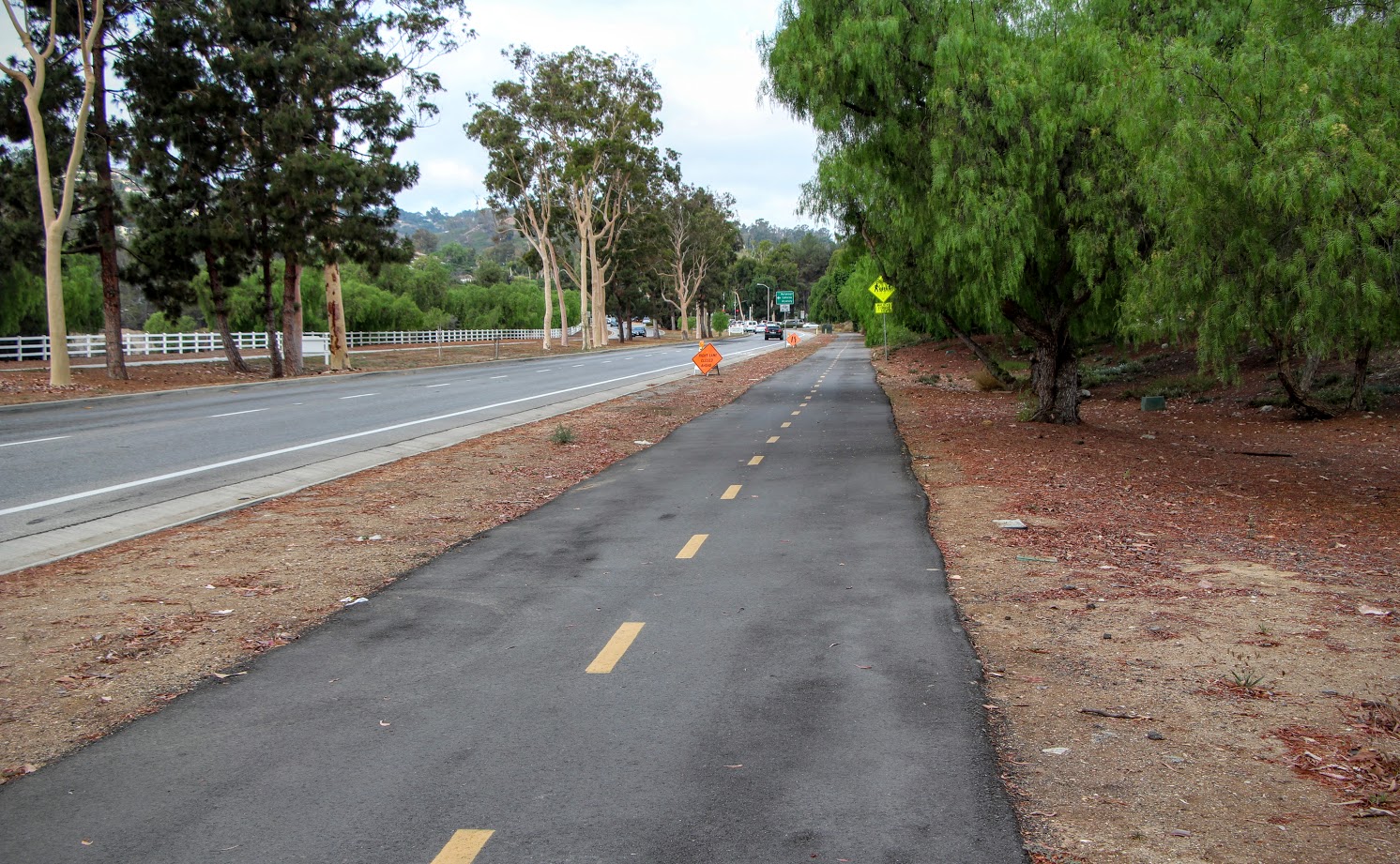 You can expect to climb around 1,800 feet (549 m) per loop, with the lion’s share of the workout beginning and ending on the picturesque Palos Verdes Drive East. It’s a 6-mile swath of sweeping switchbacks that takes you on two distinct climbs towards the coast: the first from 370 to 850 ft above sea level, and the next from 690 to 940 ft. Once you summit the second incline and eye the spectacular panoramas over the Pacific Ocean, all remaining doubt as to the grandeur of this bike ride will fade like the marine fog on a summer morning. 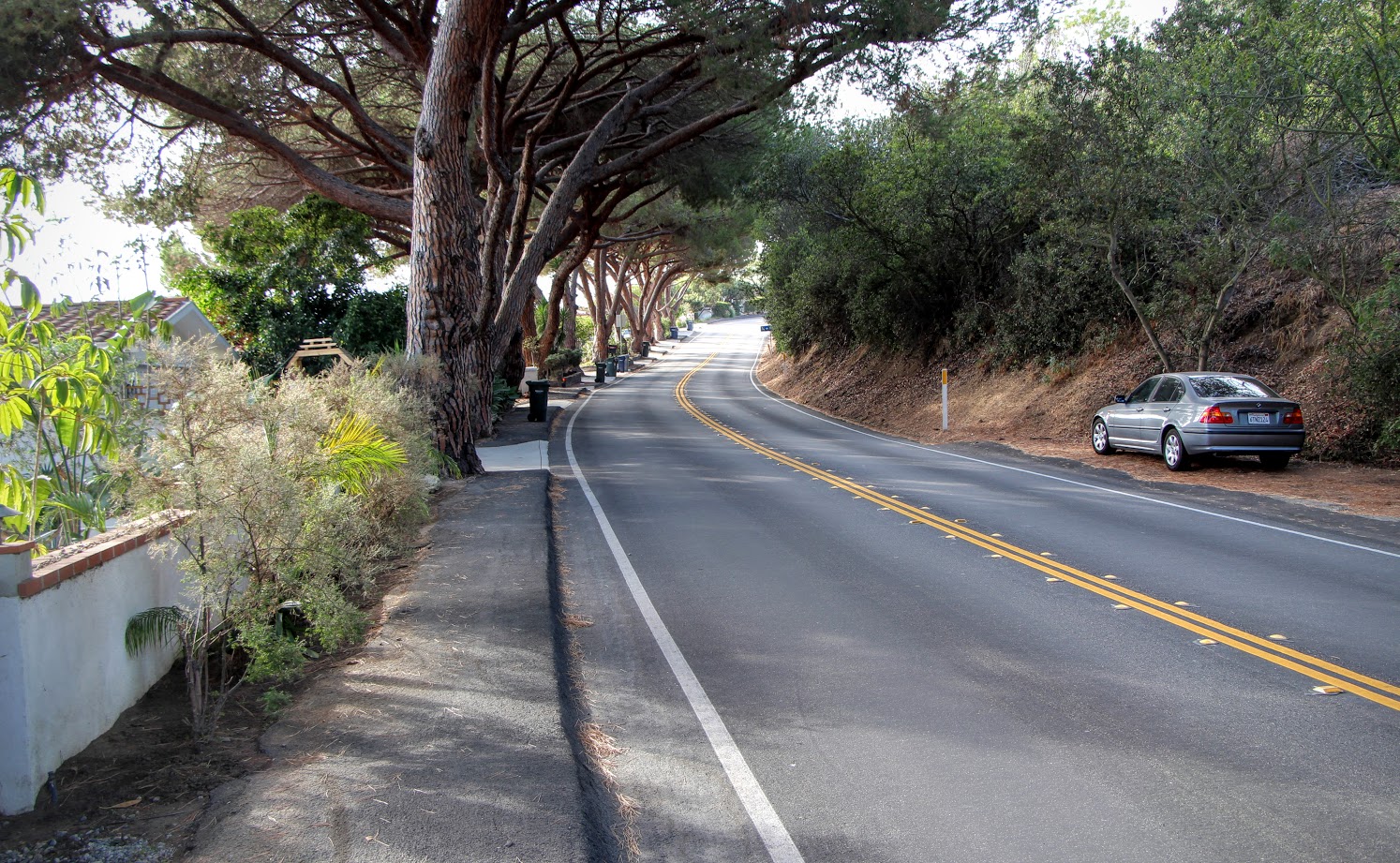 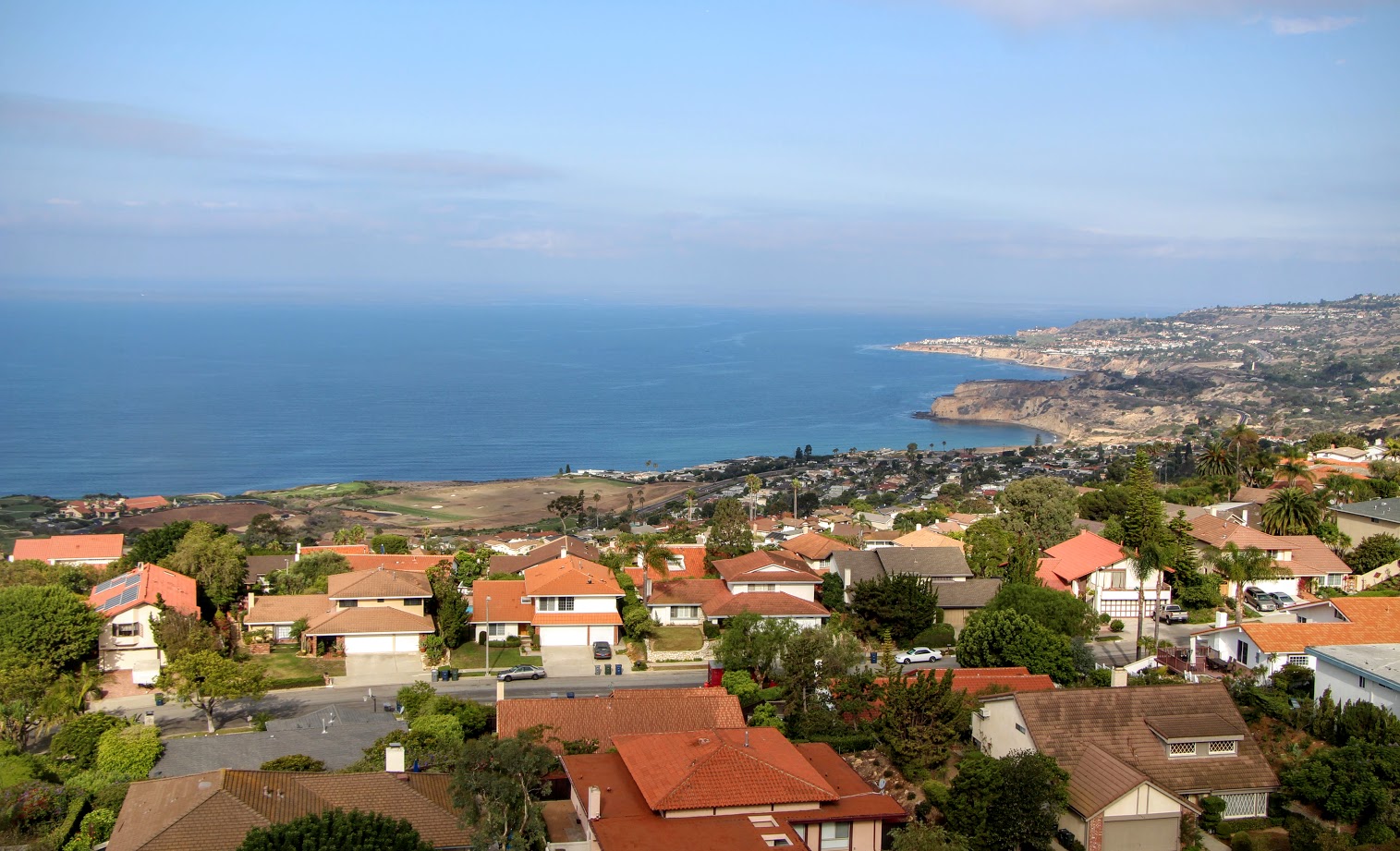 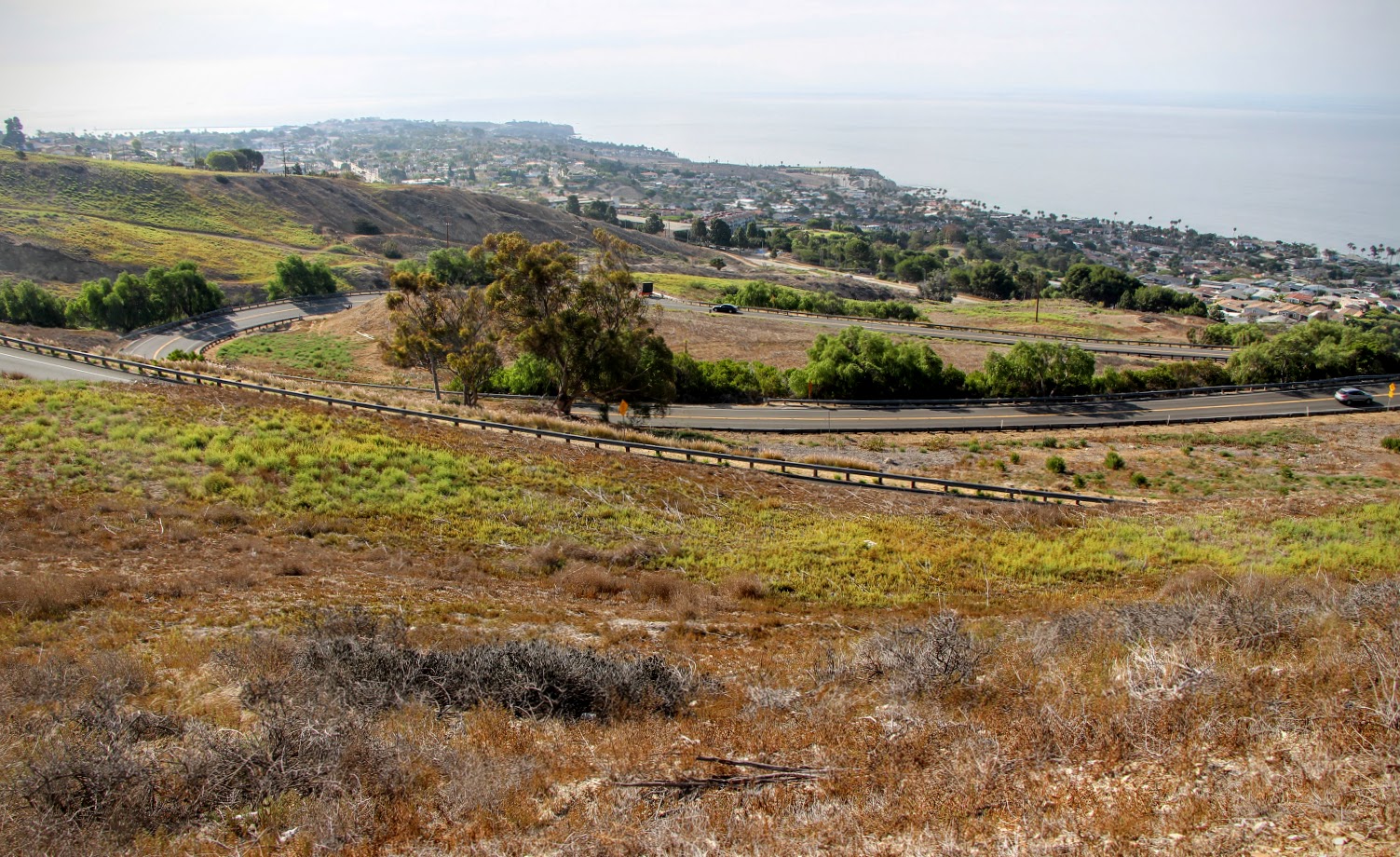 The final 10-mile ride along Palos Verdes Drives South and West is like the icing on the proverbial cake. Following the coastline from the LA National Golf Club to Bluff Cove, the wide shoulders and well-manicured neighborhoods make for a particularly cycle-friendly experience. Because you’re riding parallel to the Pacific, the accompanying breeze keeps the temperature pleasant even on the hottest summer days in Southern California. Then, of course, there are the views, which seem to remain just as arresting no matter how many times you take them in. 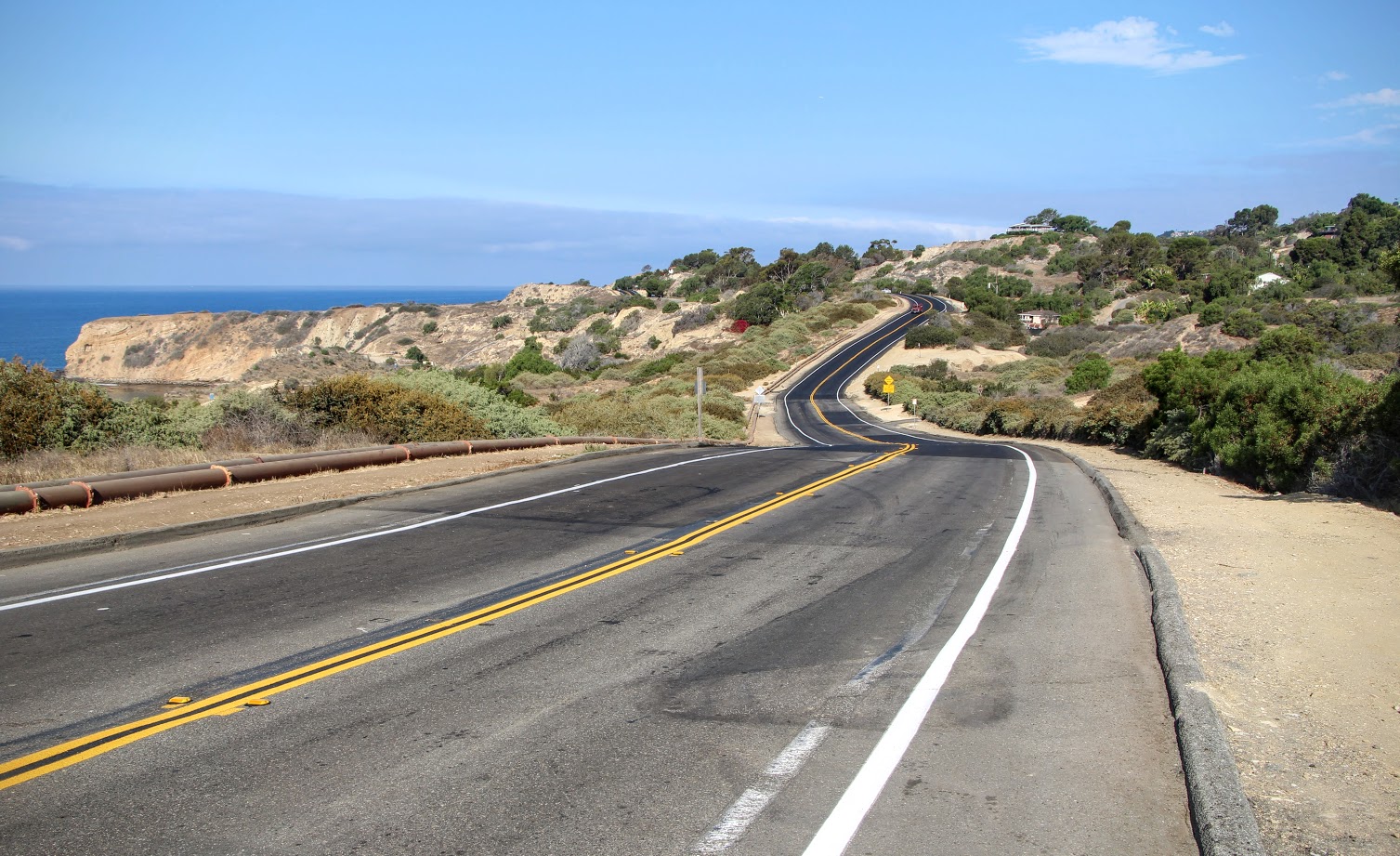 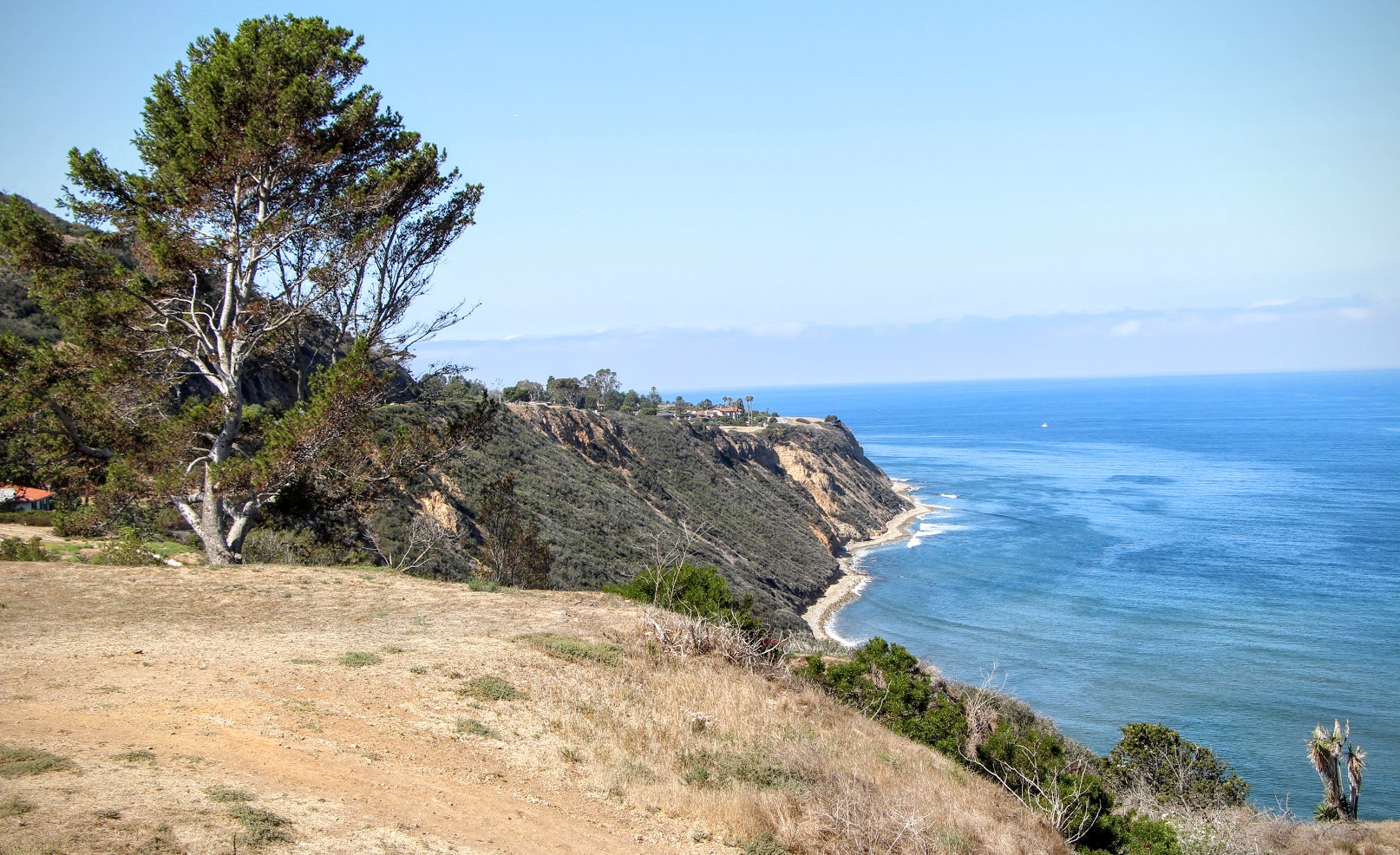 Should you reside too far from the Palos Verdes peninsula to make biking in a feasible option, you’ll find plenty of parking available alongside Torrance Beach for a nominal fee. Just be aware that the lots can fill quickly on weekends, so you may want to consider planning your ride during the week. Otherwise, don’t forget to bring a camera for this one, then go enjoy one of the most beautiful cycling routes in Los Angeles. 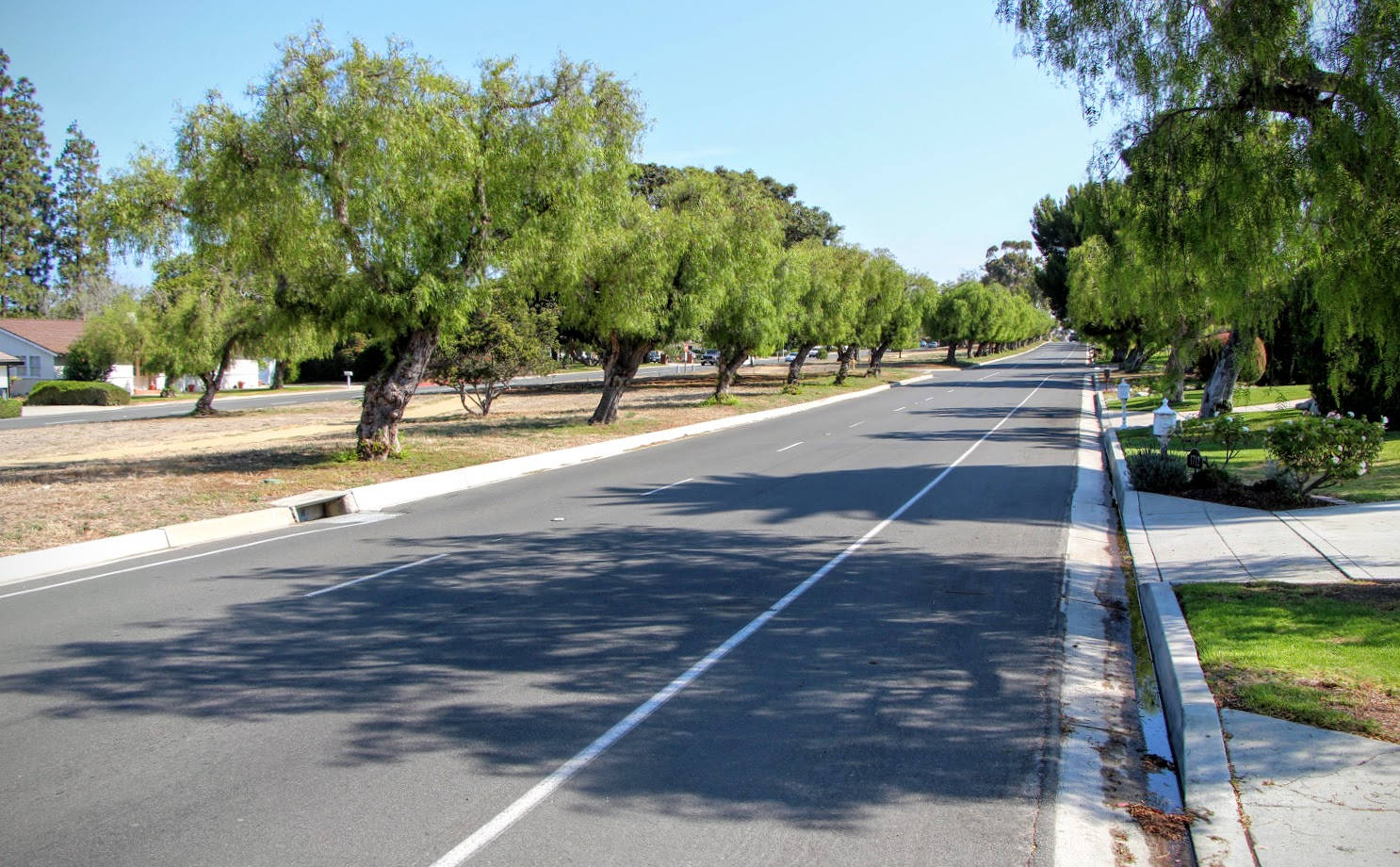 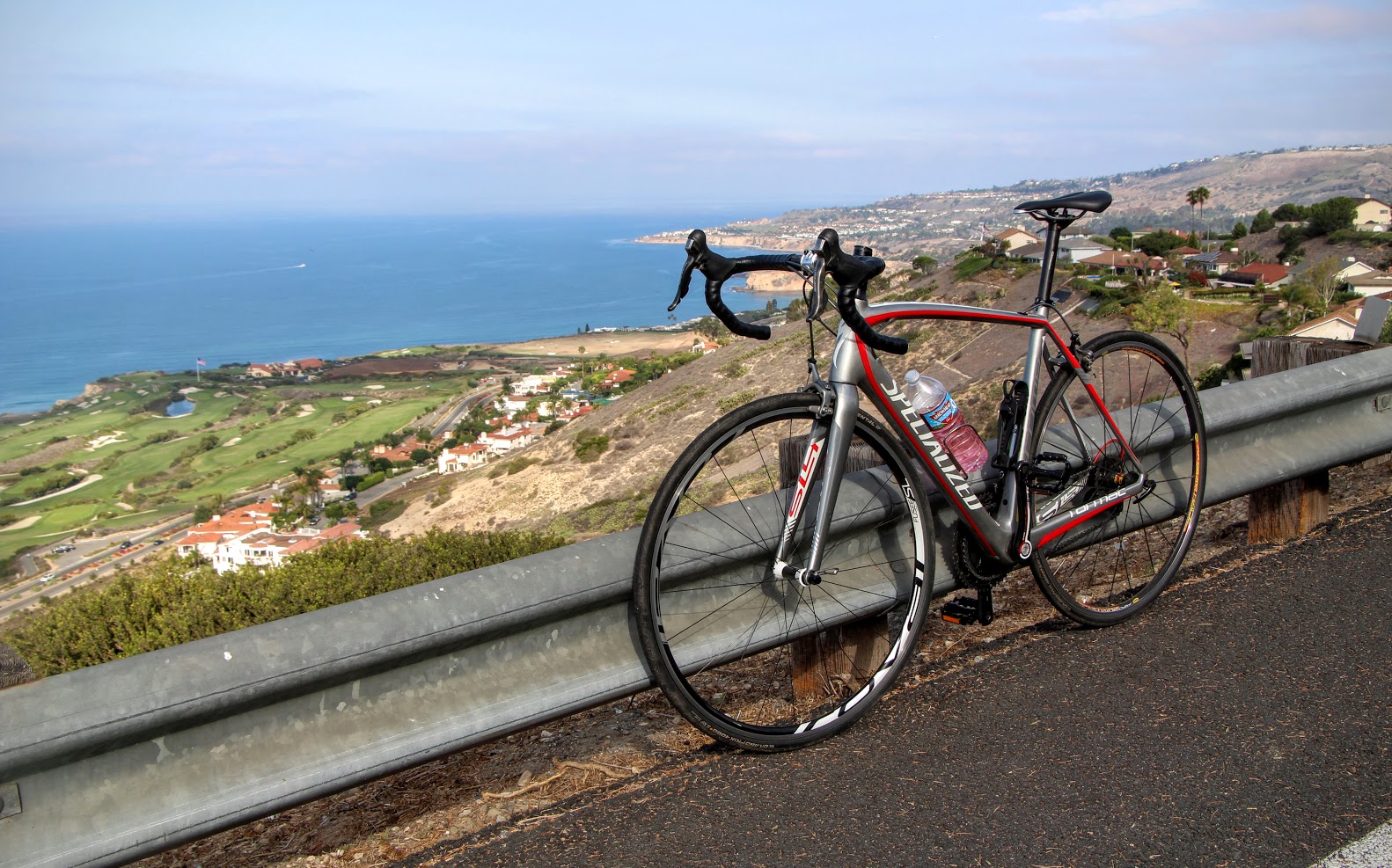