Paris By Bike: A Beginner’s Guide To Cycling The City Of Light

Navigating a major national capital on two wheels is an intimidating prospect on its own. Throw winding streets, myriad roundabouts and tens of millions of annual tourists into the mix and you might be wondering why you ever decided to strap on your helmet in the first place.

Well fear not, fellow cyclist. The City of Light might seem like a labyrinth of illogically-numbered districts and unpronounceable street names, but first impressions can be deceiving. With a little guidance, you’ll be pedaling like a pro in no time, especially since a decade of renewed public interest in biking has brought Paris into the folds of Wired.com’s 20 Most Bike-Friendly Cities on the Planet. This on top of current mayor Anne Hidalgo’s ambitious mission to make Paris the world capital of cycling by the year 2020.

So what do you say? Ready to get your feet wet? Then before you go searching for your ride, take a quick look at our beginner’s guide to tackling Paris by bike.

Many a first encounter with this tricky assortment of letters has gone something like this:

“What is this word? Look at all those consonants. How do I even pronounce it? French is scary. I’ll never make it in Paris. I’m going back to bed.”

Deep breaths, everyone. All you need to know about Paris’ arrondissements is that they’re administrative districts and that there are 20 of them. Therefore, when you see 10th (10ème) written next to a location, that simply means it’s located in the 10th arrondissement.

And yes, contrary to popular belief, there is indeed a method to the numbering madness. Starting from the center of the city, the districts spiral outward in a clockwise direction, creating something that sort of resembles a giant urban snail when viewed from above. See it? 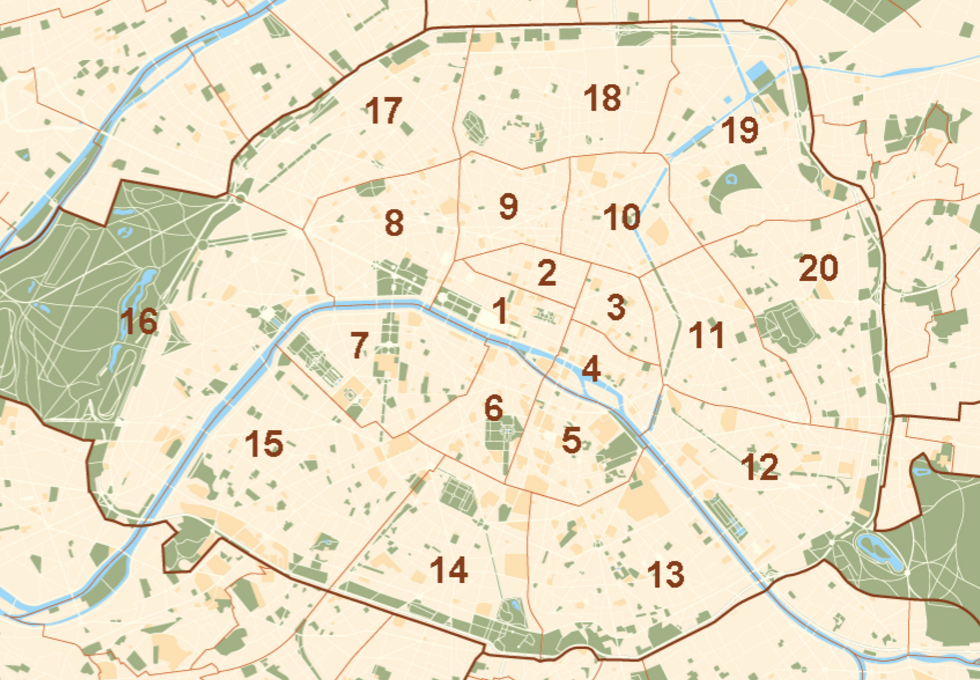 Even if you’re unable to remember exactly which arrondissement is located where, a good rule of thumb is that the smaller the number the closer it is to the city center, and vice versa.

Just about all of Paris’ roadways are divided into three types: Avenues, Boulevards, and Rues (Streets). Easy enough. Identifying exactly which of these you’re on, however, can be a bit of a challenge since names tend to change without warning and there is no such thing as a grid layout here.

Your quickest and easiest means of orienting yourself will be by way of the city’s infuriatingly inconspicuous street signs. To locate them, simply find the nearest cross-street or intersection and direct your eyes to the first floor of the corner-lot buildings. Voila! Just about all of these placards are blue, and many will indicate not only the street name but its corresponding arrondissement as well. 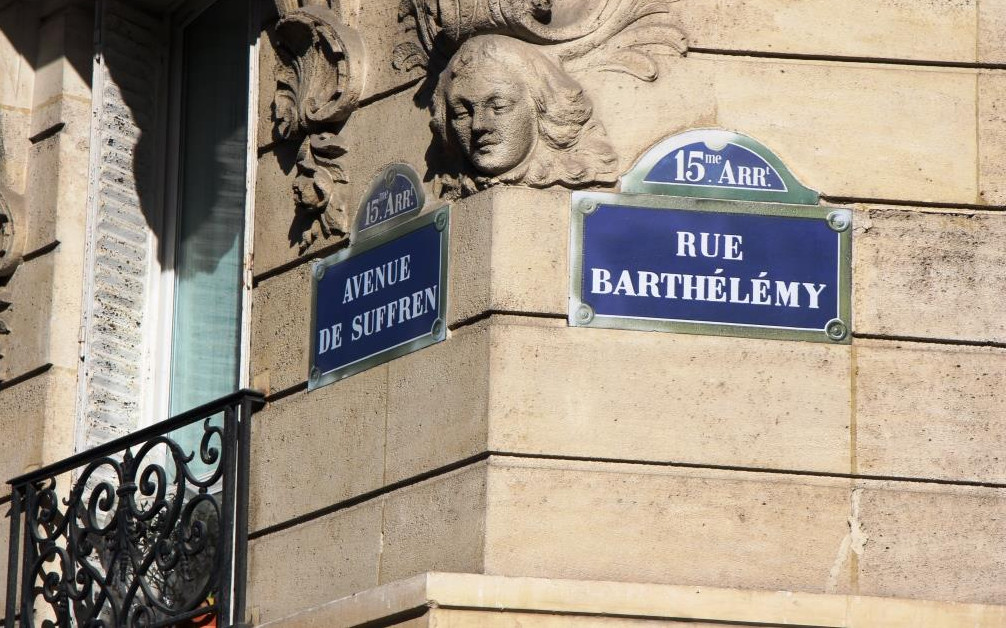 Other handy signs to keep an eye out for include “SAUF VÉLO” and landmark arrows. The arrows should be fairly self explanatory (i.e. markers that direct you towards major Parisian attractions), but it’s good to know that they’re there. 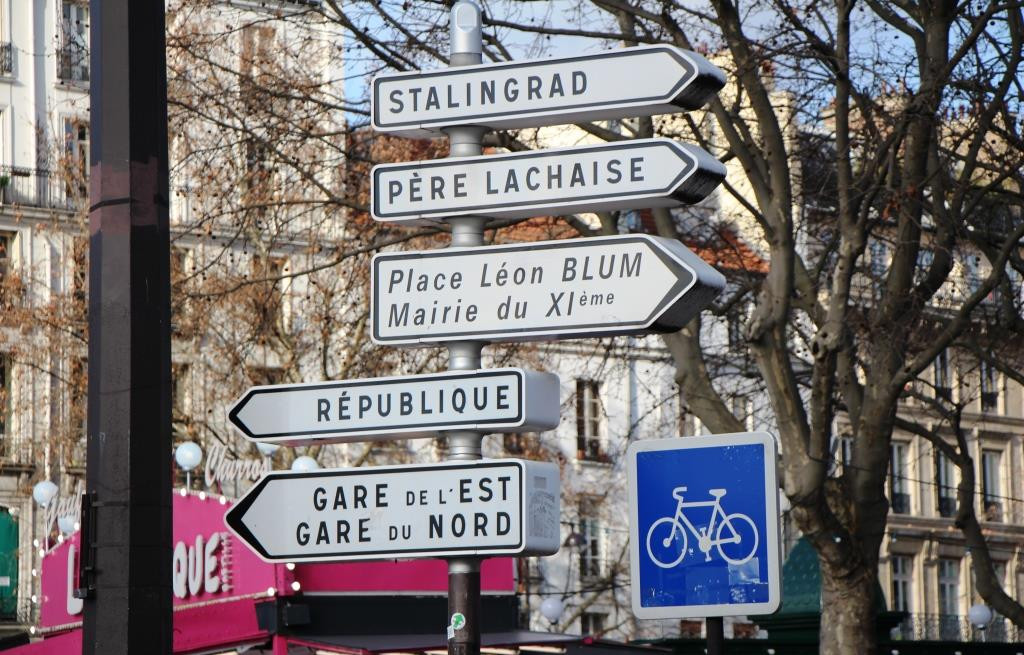 All you need to know about the former is that the word Sauf means “except” and Vélo means “bike.” Thus, any sign forbidding an action followed by “SAUF VÉLO” pretty much means you’re free to ignore the sign completely. This includes one-ways, no turns, etc. 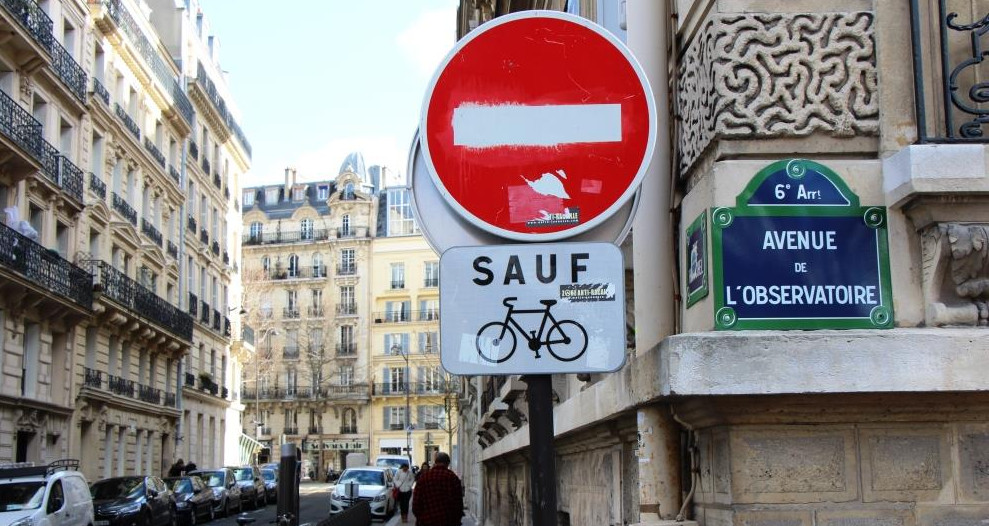 The City of Light admittedly has a long way to go before its cycling infrastructure rivals that of Copenhagen or Amsterdam. Nevertheless, there are literally hundreds of kilometers of bike lanes already in existence with more being added every year. These can generally be split into three categories: 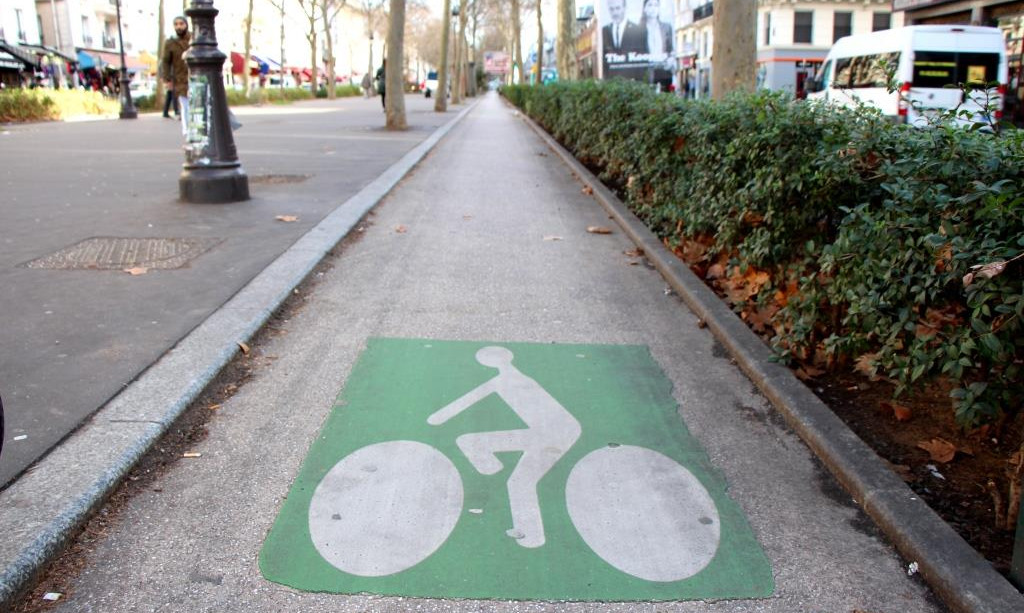 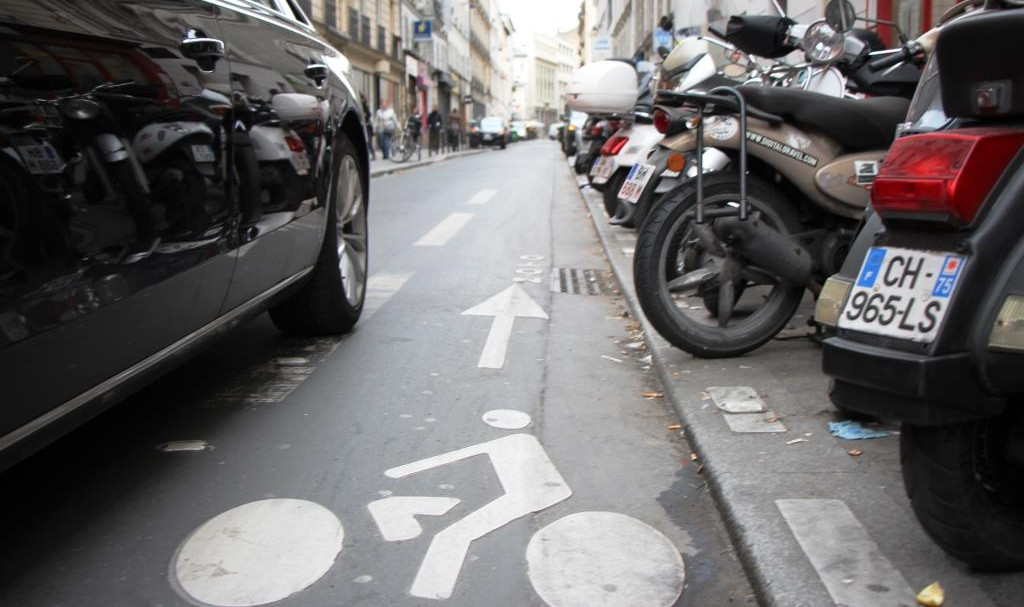 If you’re new to Paris, we’d highly recommend taking to the streets with either a downloaded or, at the very least, a printed map of the city. Should neither of these be at your disposal, it’s possible to get a general sense of direction by hunting down any of the thousands of street maps posted ubiquitously near metro stations, bus stops, and yes, even on public toilets. 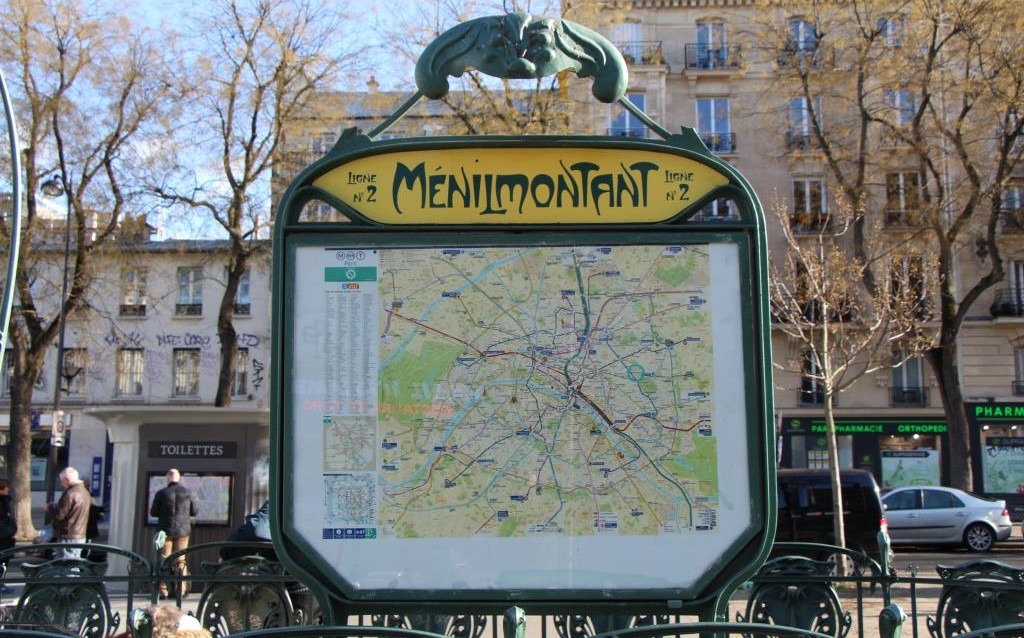 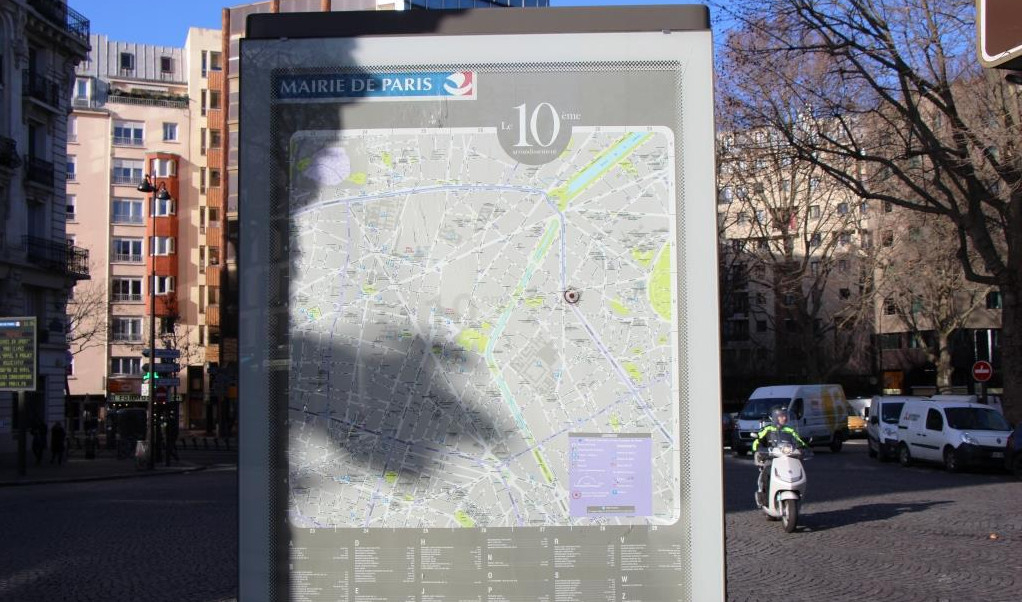 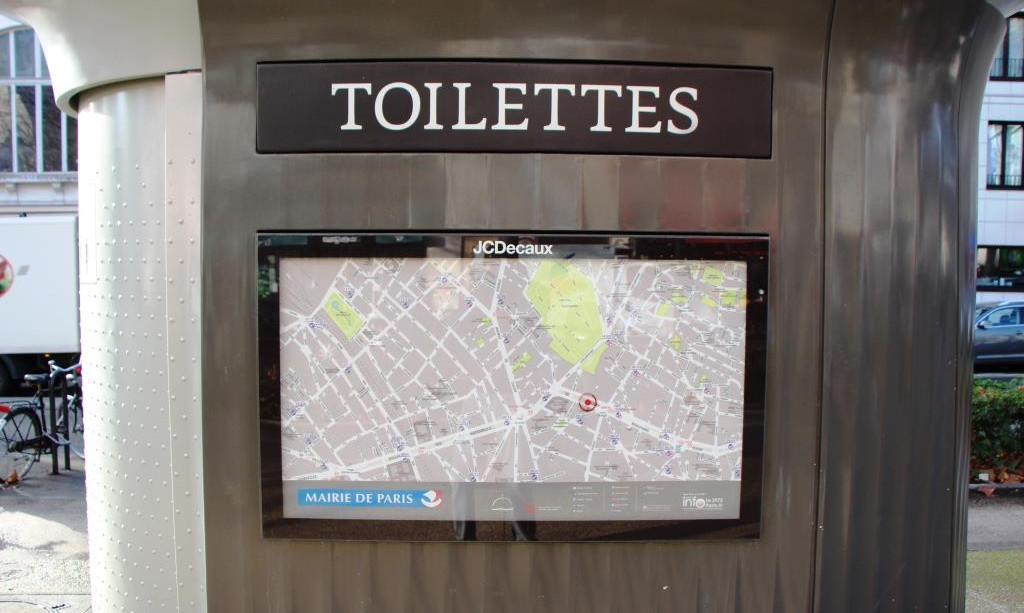 With these tips in mind, you should have all the initial guidance you need to start pedaling the iconic streets of La Ville Lumière. Check out Spinlister’s article on the 21st century French bike sharing revolution for more interesting info on the bike scene in Paris, or click here to start searching for your Parisian ride.

John Wachunas
John Wachunas directs content development and social media marketing at Spinlister. He is an avid traveler and published travel writer, as well as a co-founder and former content director at Embark.org.
Next Post Night Bike Paris: How The City Of Light Became The World’s Best City to Bike After Dark