It’s not hard to see how an Austin cyclist could feel right at home in Barcelona. Ample sunshine, rugged surrounding landscapes, springtime temperatures in January – when propelling yourself into the unknown on two wheels is your passion, these are the variables that will turn a brief visit into an indefinite stay.

I first shake hands with Adrian Flores, whose current situation is described above, inside a hip bar/restaurant called Local just a few blocks up the street from the Arc de Triomf. The passion and spontaneity of his countenance are immediately apparent, which I suppose would have to be the case given his particular brand of cycling. After all, racing on the national stage in Prince-inspired purple lycra with hand-stitched white lace trim isn’t for the less extroverted among us. 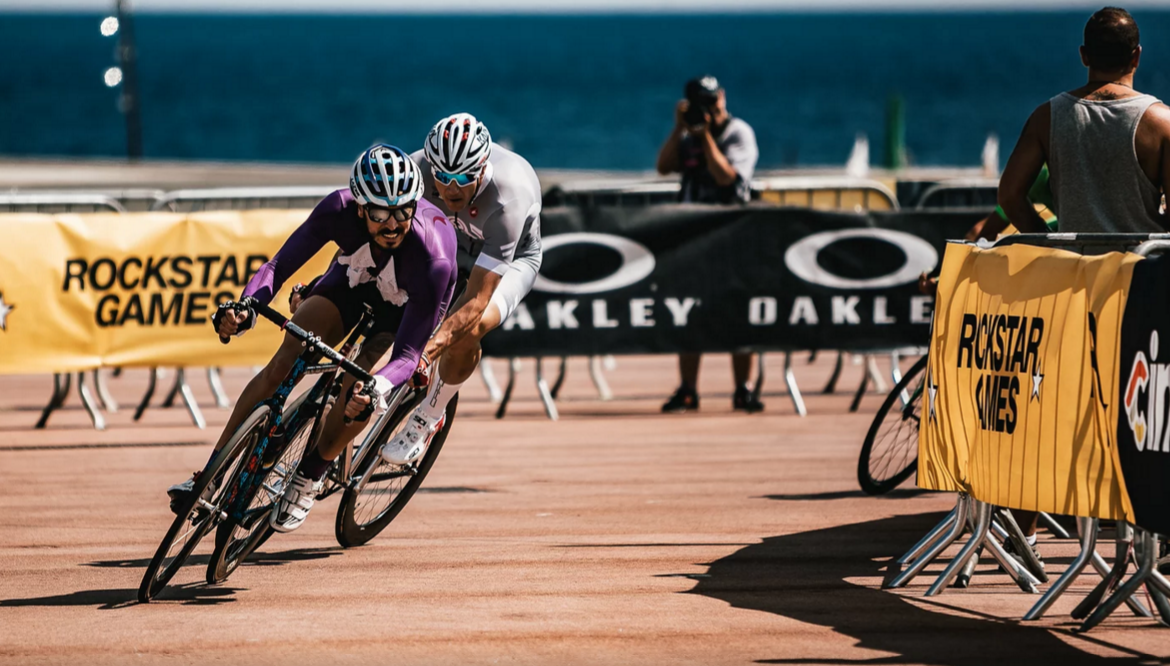 But I’m getting ahead of myself.

Before his love of biking ever took him across the Atlantic to race in Barcelona’s Red Hook Crit, before it encouraged his first Spinlister custom Cinelli rental or inspired him to get creative with his inner Prince persona, Adrian was a gifted soccer player. His maiden steps on Spanish soil were, in fact, taken during a trip to play the country’s revered sport many moons ago. After that came water polo. Then swimming while going to school to study pre med.

All of that changed in 2010, however, when a frustrated Flores swapped out the pool for pedals and the biochemistry textbooks for James Joyce. Looking back, it’s part of what the cyclist describes as his 5-year purge – an opportunity to take heed of those things he finds the most important in life and make the proper adjustments to keep them front and center.

The road hasn’t always been a smooth one, mind you. Two glasses of red into our spirited conversation, Adrian recalls one of his more memorable 30-mile rides between Austin and San Marcos: the first half of his bi-weekly commute during his years at Tx. State University. Caught in the throes of a classic southern thunderstorm (deep-dish racing wheels and all), it was all the exasperated college student could do to keep his bike from flying off into the Lone Star plains. Those are the moments, he admits, when you wonder what the hell you’re doing.

And yet here we are, 5 years, 2 continents, and countless pro-circuit races later, discussing the latest evolution in his cycling career: princecycling.com.

The outfit, the antics, the custom purple Scott Addict bike with his own Prince insignia proudly displayed on the front – these are part of an identity Adrian forged for himself in the cycling world to help keep his passion for the sport grounded not in labor and competition, but in fun. 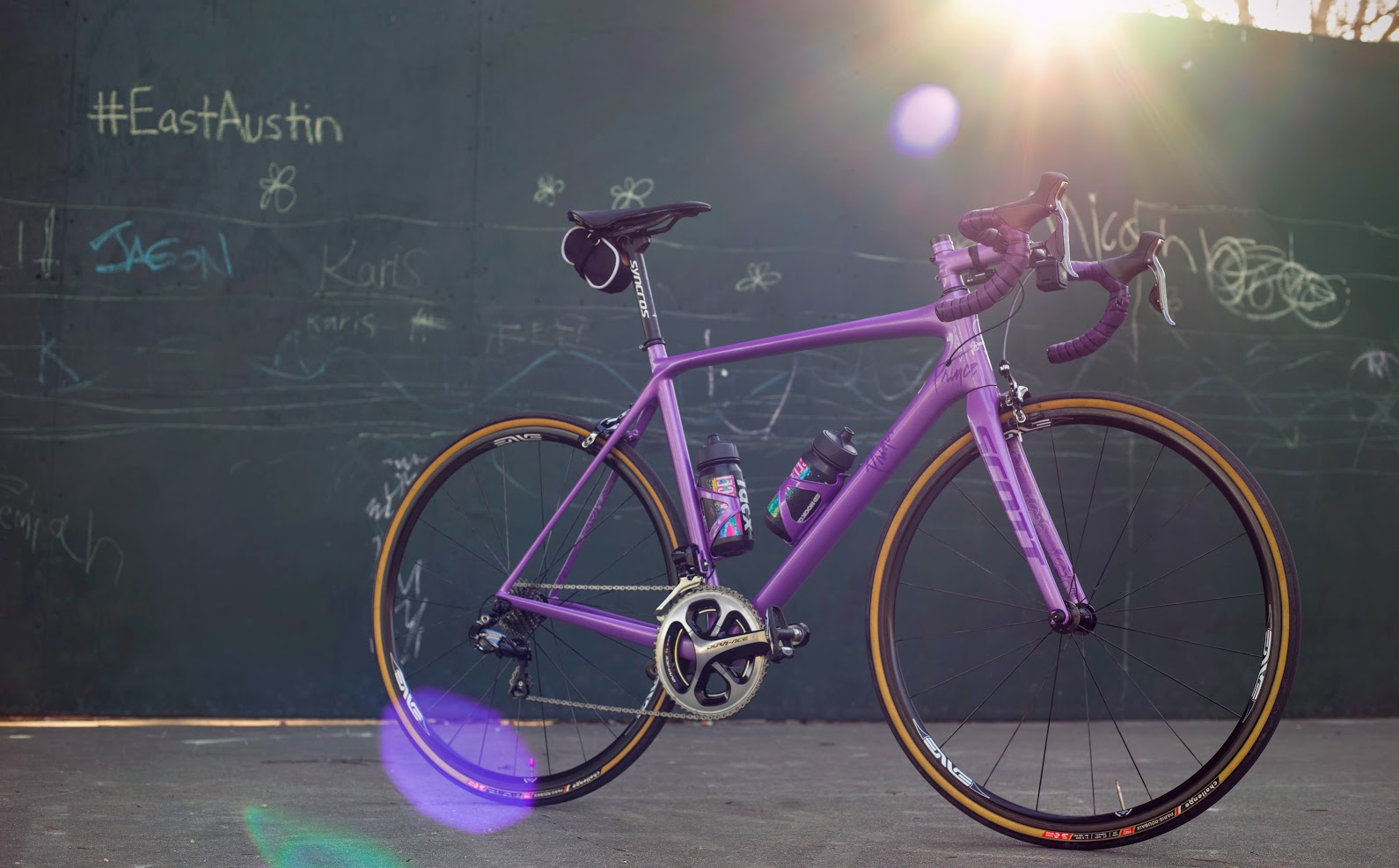 “There’s a certain point your talent takes you to,” he explains. “A place where you have to decide whether or not to take the sport, whatever sport, to its hyper competitive limit. At each junction, I have veered off the serious path to come back from pure competition.”

The sincerity of his response runs counter to what you might expect after seeing his Prince character in action, but for Adrian there’s something unique about cycling and his love for the sport that remains long after the competition is gone. “Part of that is the utility,” he says. “Part of that is the adventure. The adventure of exploring the countryside, and experiencing things I wouldn’t have seen without a bike underneath me.”

Princecycling.com is his way to share this story, and the purity of his passion, with followers back home in Austin and around the world. There are updates, videos, perks for premium members, and a genuine effort to give viewers an intimate perspective on the life of an expat cyclist currently exploring the beautiful mountains and coastlines of Barcelona. 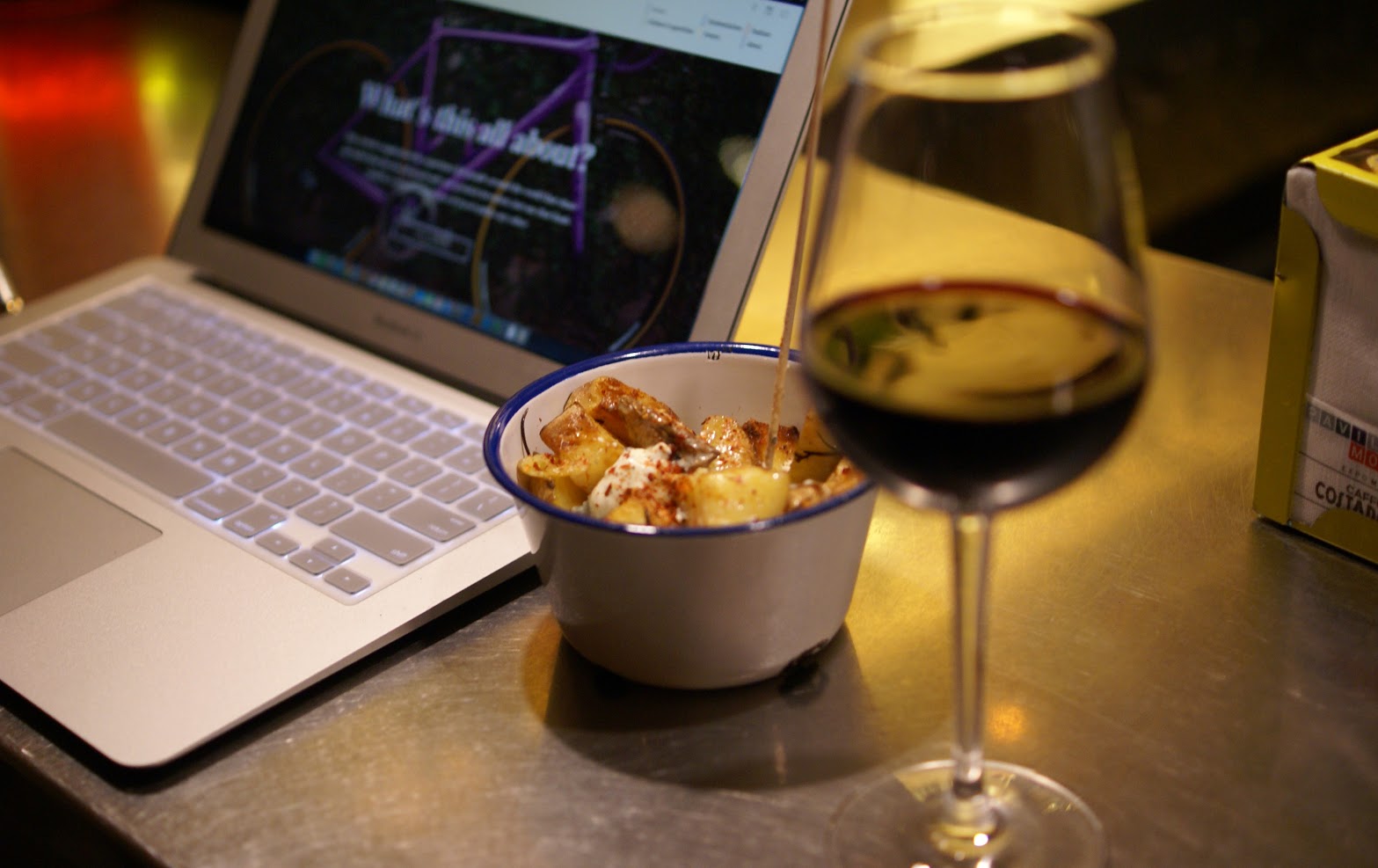 Blending a love of writing and a love of riding into a synthetic new endeavor is certainly a challenge, Flores admits, but like all of his 5-year purges it helps bring him closer to understanding what truly defines him as both an athlete and an individual.

Before stepping out into a clear March night on Spain’s Mediterranean coast en route back to Paris, Adrian reiterates a point that catches my attention. “I can’t be content coasting through life,” he says. “I have to keep moving forward until I’m flying.”

That’s a motivation I think we can all get behind.

You can read more about Adrian’s adventures on his website, catch him in action in Brooklyn’s 2016 Red Hook Crit on April 30th, or reach out to him on Spinlister if you find yourself looking to pedal around Barcelona in the near future.