If you’ve ever been to Portland, you know there’s one thing its residents prize more than their artisan coffee and small-batch alcohol: namely, the city’s bridges. 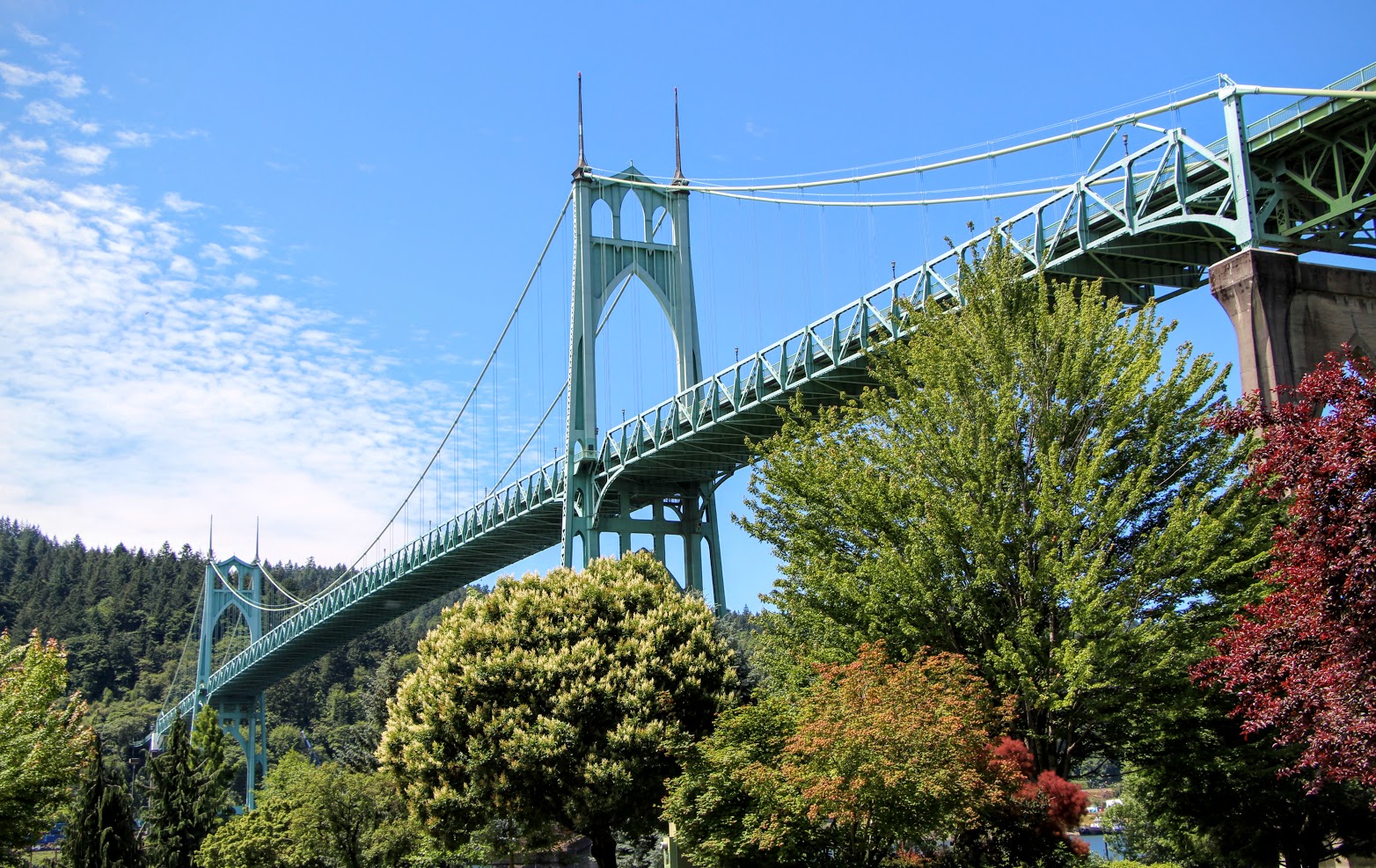 From the beauty of the St. John’s to the history of the Burnside, there are 11 overpasses that span the Willamette River, each with its own style and function.

And like any family, a certain soft spot has been held in reserve for the youngest: in this case, the 1,720 ft (520 m) cable-stayed bridge known as Tilikum Crossing. Designed for use by pedestrians, cyclists, mass transit and emergency vehicles only, Tilikum is the first of its kind to be built in the US; that is to say, a major multi-use crossing closed completely to privately owned cars and trucks. 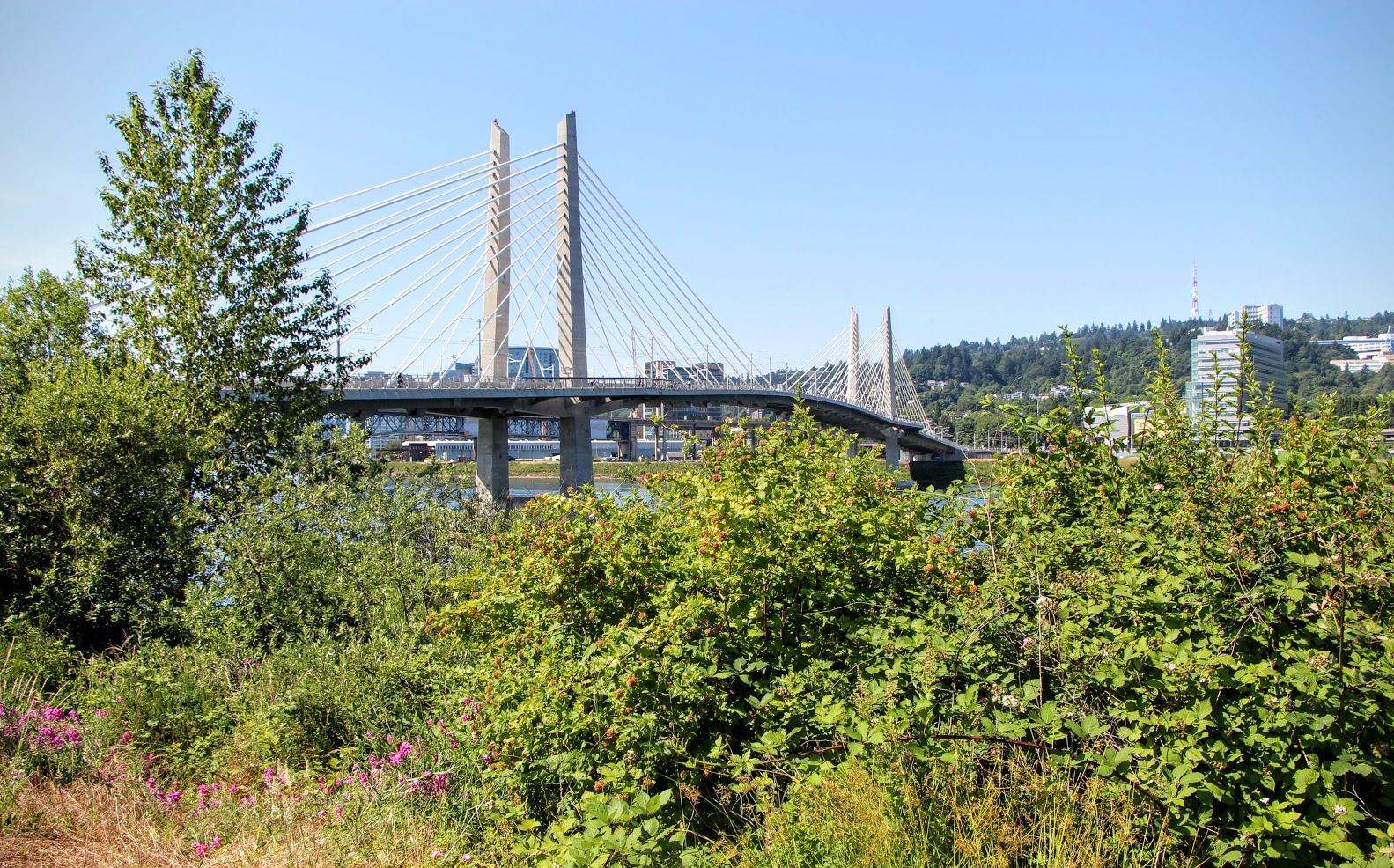 With annual passages hovering around 750,000 since its grand opening in 2015, to call the bridge a success would be an understatement.

And that’s only counting the bikes.

Should you want to add your ride to the stat sheet, traversing Tilikum Crossing is a fairly straightforward endeavor no matter which side of the the Willamette you’re on. Sure there’s the Eastbank Esplanade, which is one of the city’s can’t miss bike paths, but for those of you downtown and points west allow us to introduce its less-hyped counterpart.

We’re talking, of course, about the Waterfront Park Trail. 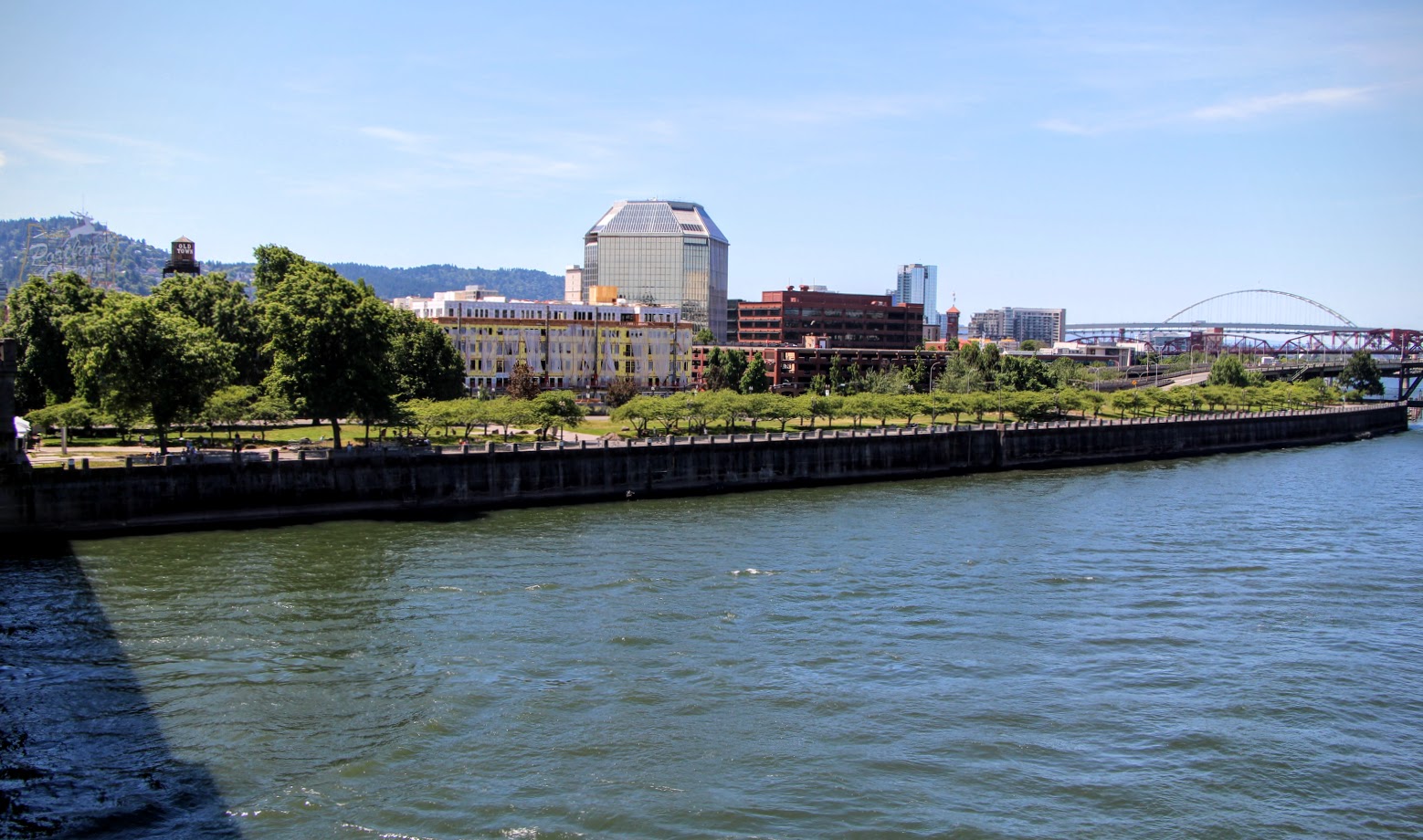 At just over a mile in length, the Waterfront Park Trail connects the Steel and Hawthorne bridges along the west bank of the Willamette River. Yes it may have a slightly larger homeless contingent (a sad reality in this city, particularly during the warmer months); and yes, you may also have to contend with higher levels of foot traffic (this is a park, after all, not simply a bike trail). Still, with things like fountains, the Oregon Maritime Museum, and plenty of cool riverside views to admire, you won’t need to have your arm twisted to saddle up here. 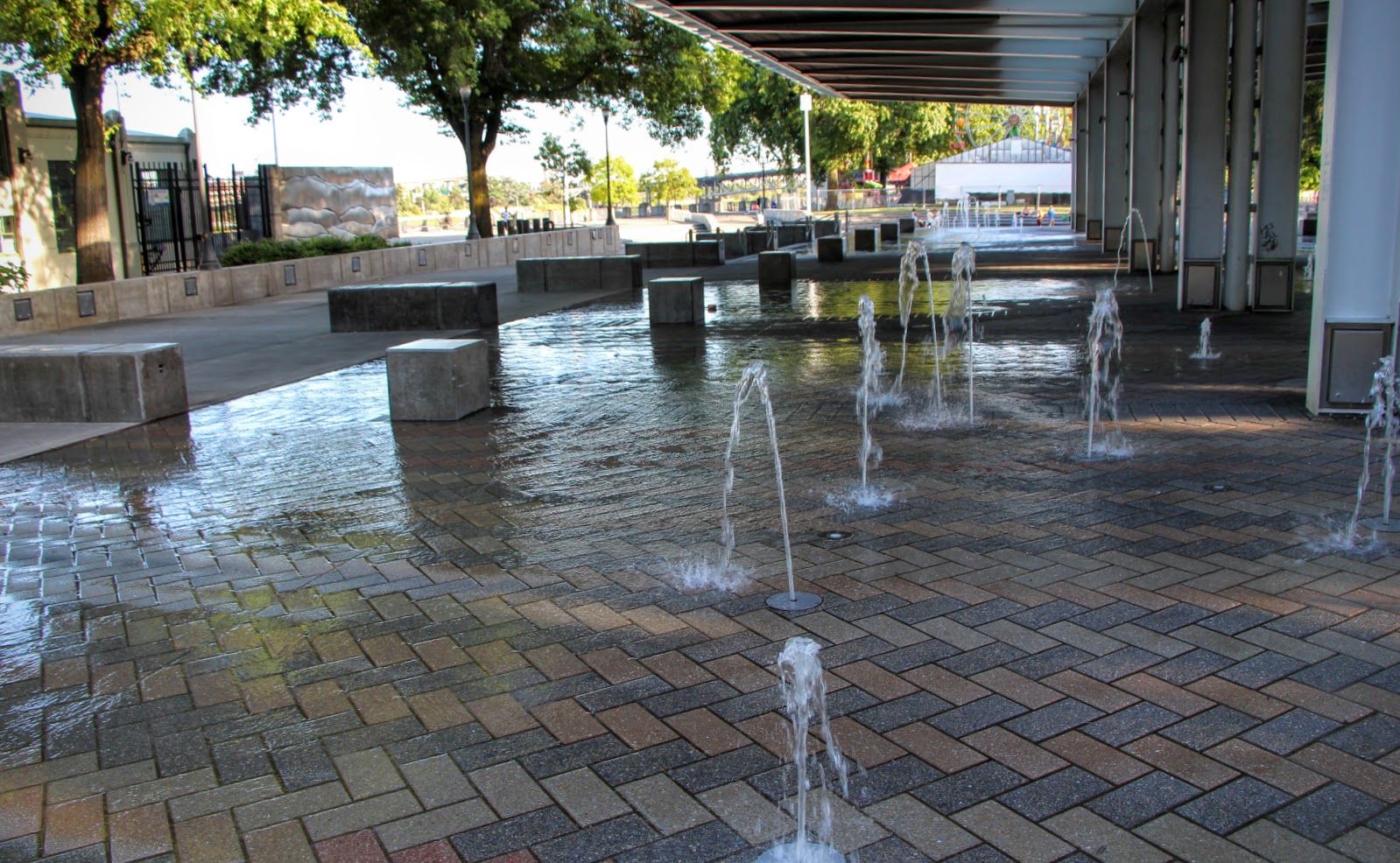 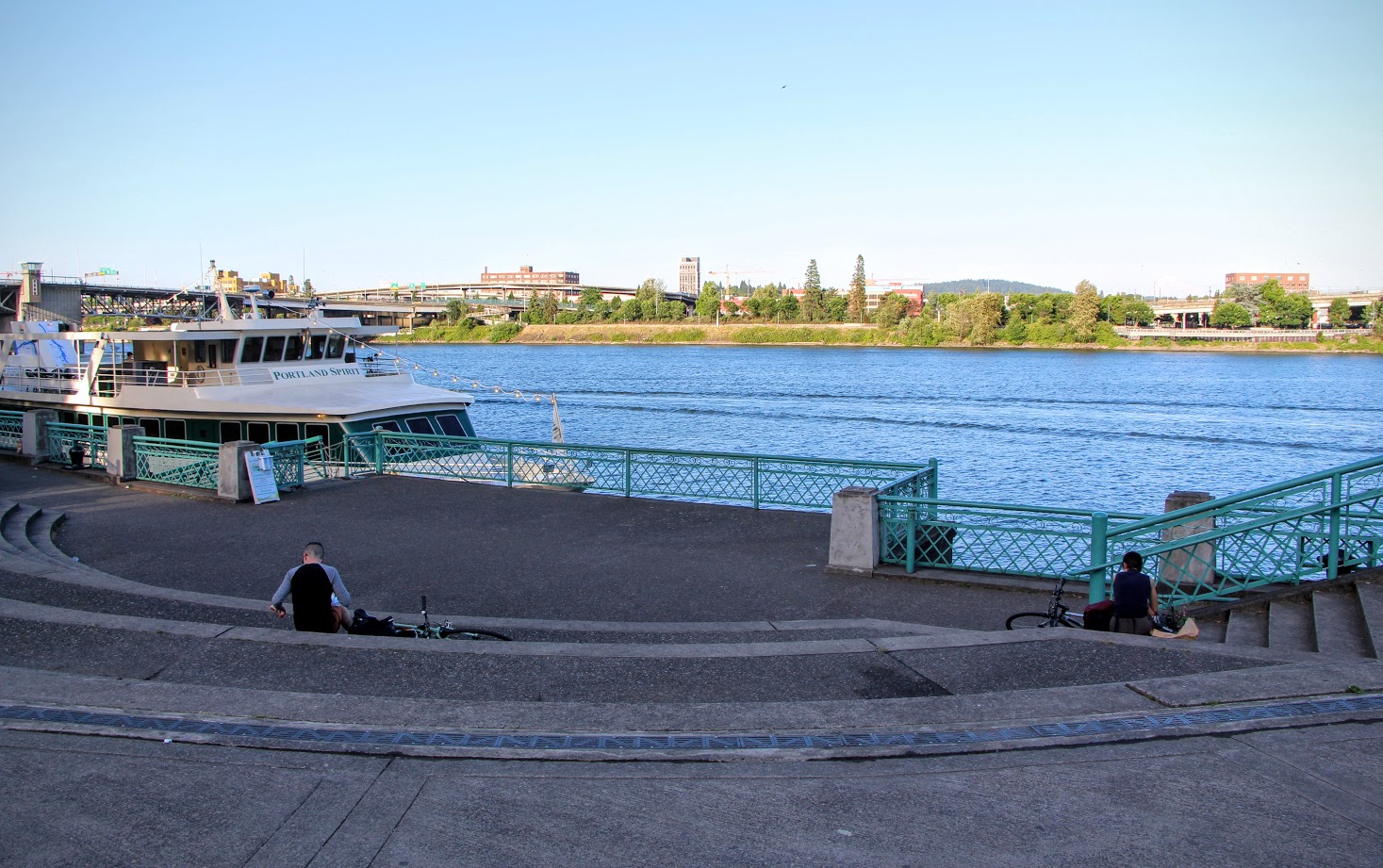 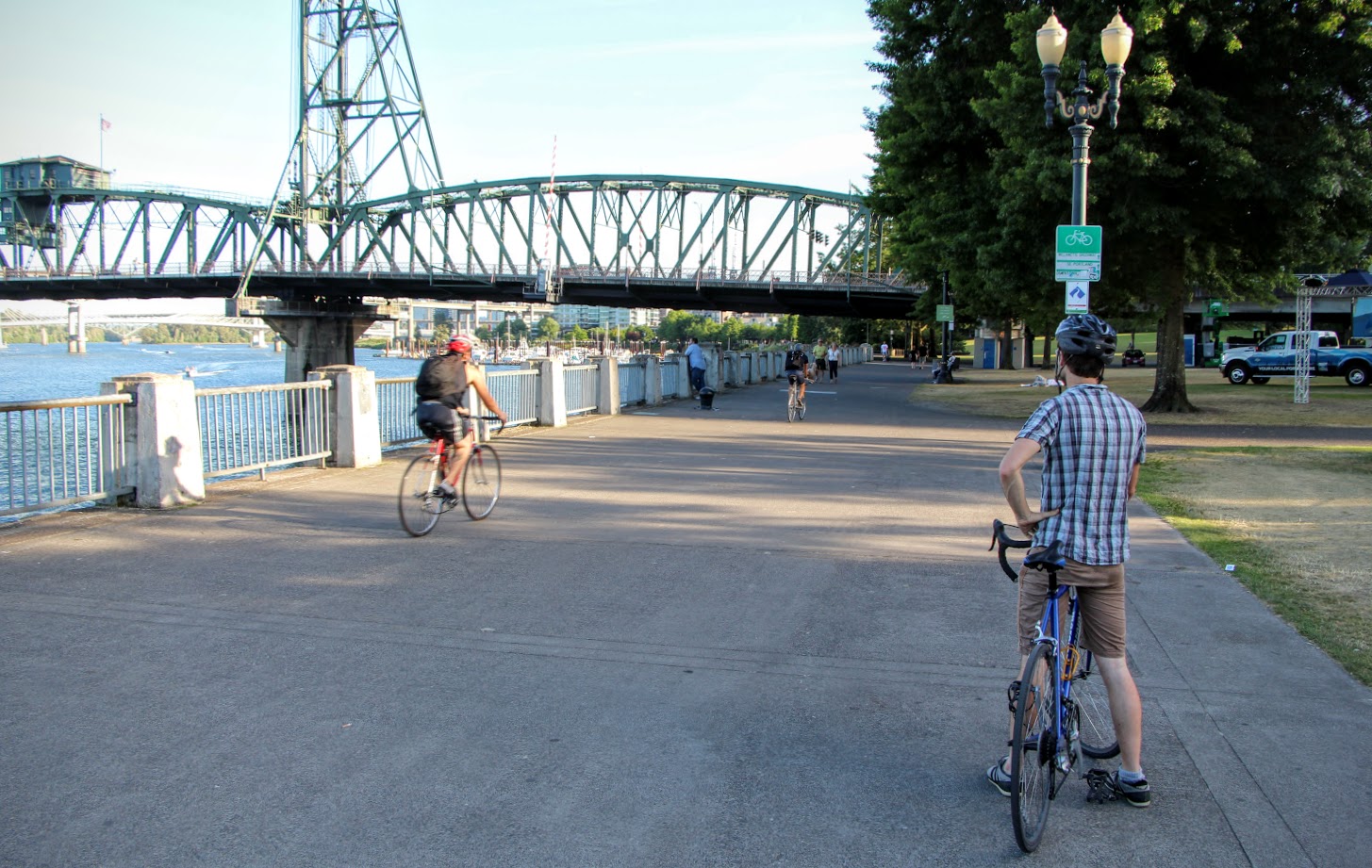 Once you get to the Hawthorne Bridge, there’s still one more mile to go before reaching Tilikum. On the down side, the fact that the path isn’t contiguous means you’ll have to do a small amount of on-street riding. We’re talking about a distance of 1,050 ft (321 m) along the nearly traffic-free SW Harbor Way. To make up for this minor inconvenience, the remaining bike lanes along SW Harbor Viaduct and Moody Ave constitute the single best stretch of cycling infrastructure that Portland has to offer. 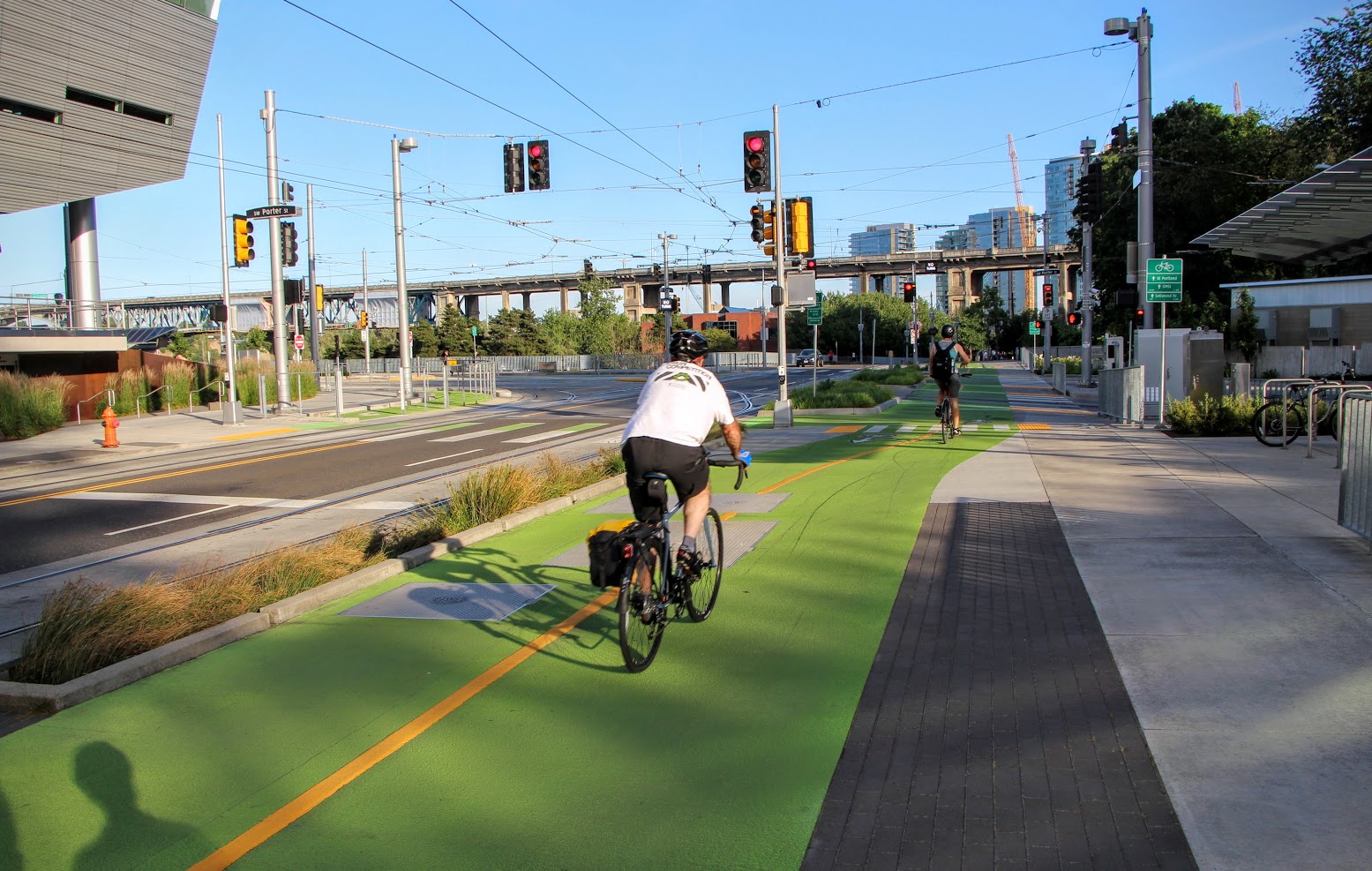 Think of it as the city’s green carpet welcome to one of the most prominent cycling bridges in the US. 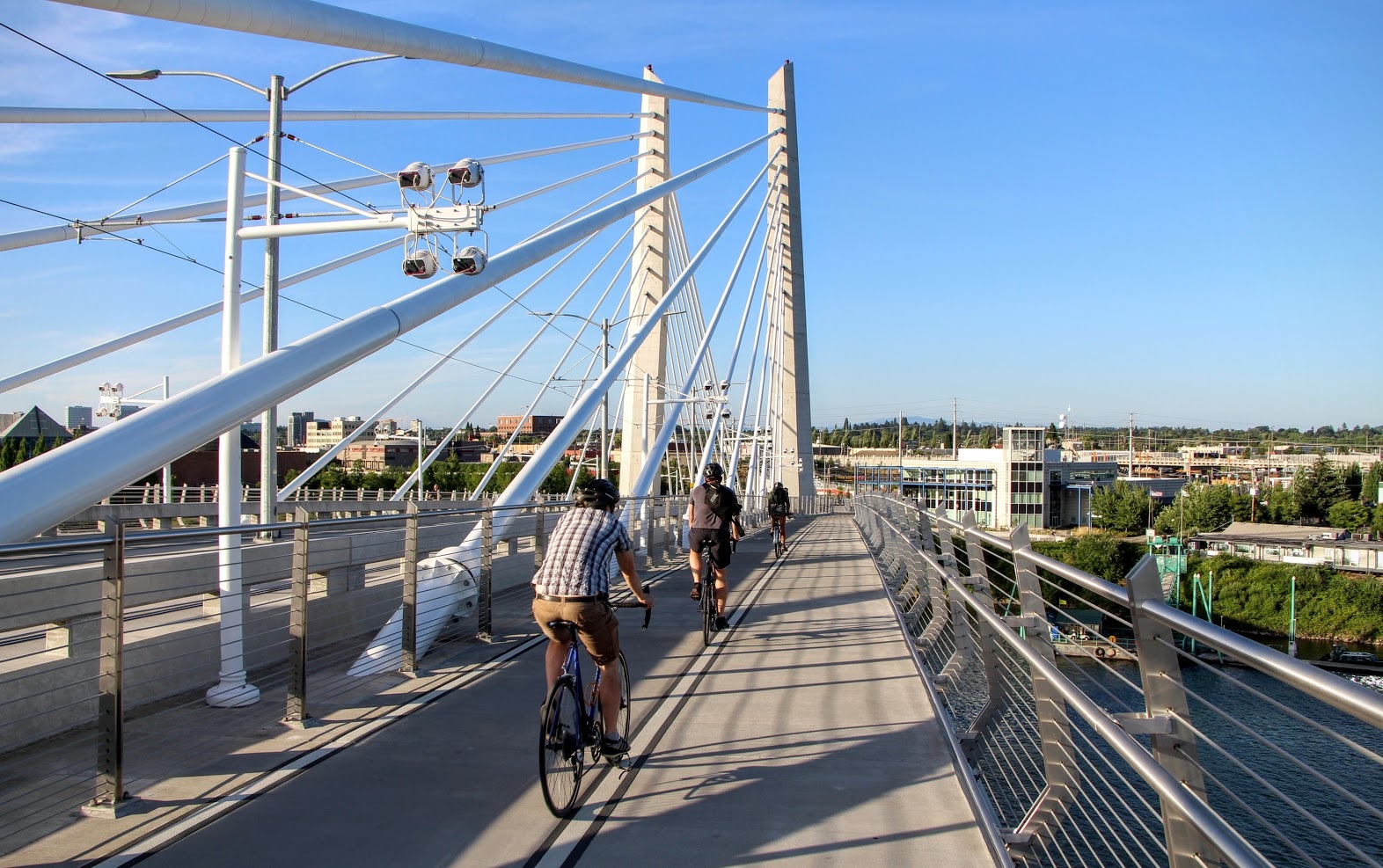 John Wachunas
John Wachunas directs content development and social media marketing at Spinlister. He is an avid traveler and published travel writer, as well as a co-founder and former content director at Embark.org.
Previous Post Eastbank Esplanade: Portland’s Can’t Miss Waterfront Bike Trail To The Springwater Corridor Next Post 24 Hours In Portland: A Must See Bike Ride In The City Of Roses