Looking for a surprisingly awesome Manhattan cycling experience? Try this out.

The next time you find yourself pedaling a rental bike beneath the unremarkable apartment complexes of the Upper East Side, take 102nd street as far east as you can go. 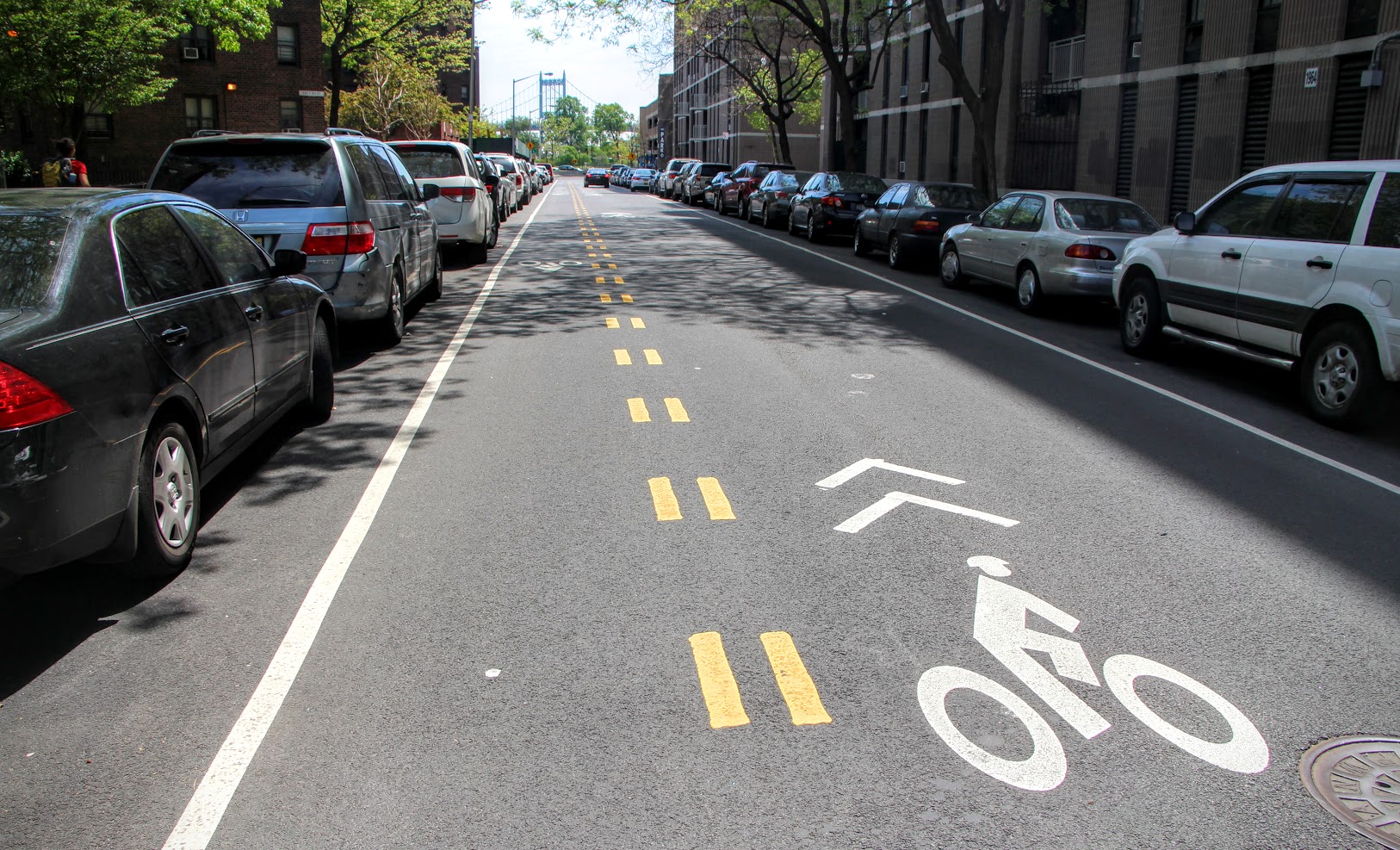 Just before you launch yourself lemming-like into the Harlem River, you’ll see a pedestrian and cyclist bridge to your left: large enough that it should probably have caught your attention months ago, yet quiet enough that you’ve likely never noticed it before now.

This is the Wards Island Bridge, and it’s your gateway to one of the most underutilized biking havens in Manhattan. 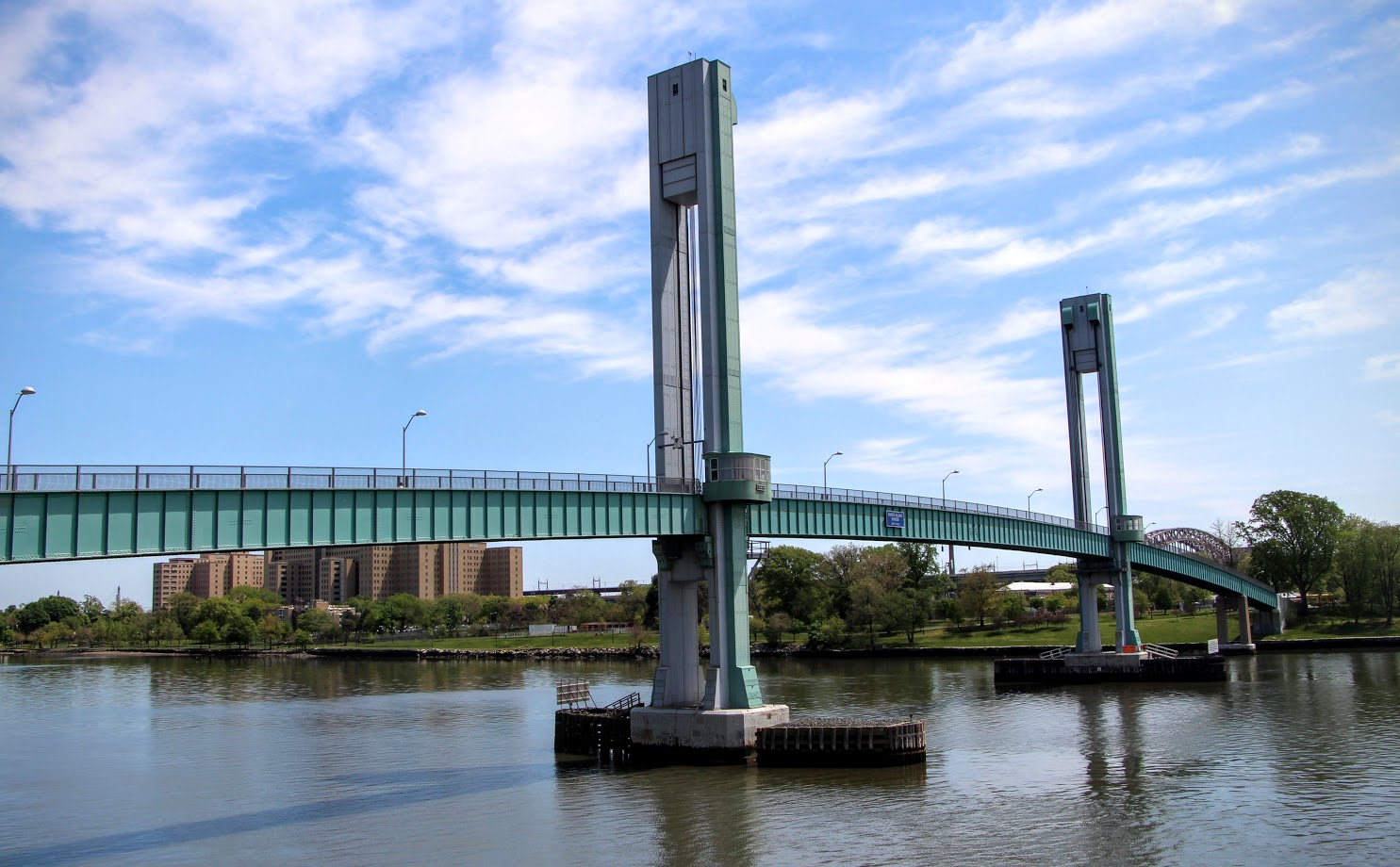 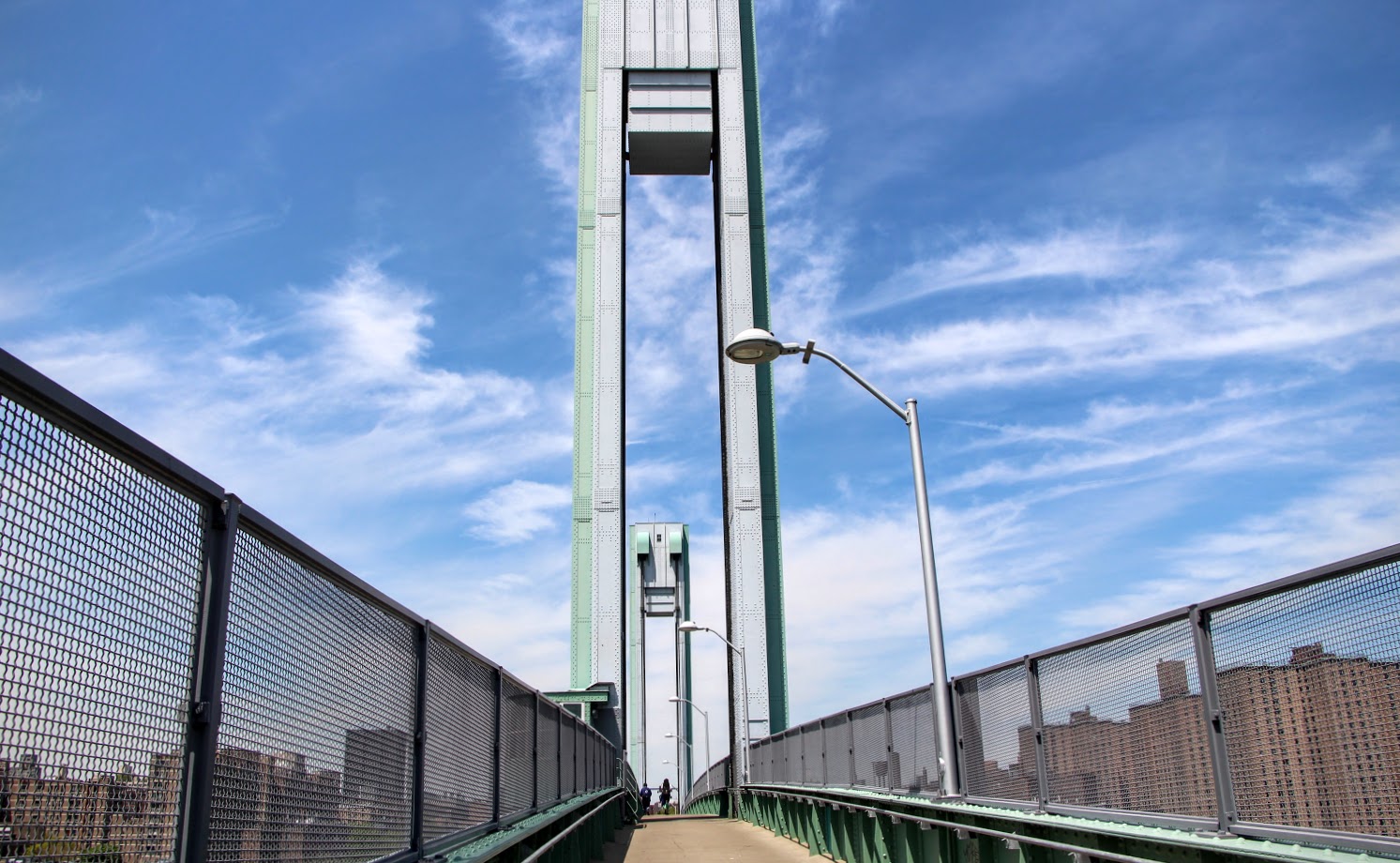 Just a bit of clarification before we continue; up until the mid-20th century there were, in fact, two islands here: Wards to the south, and Randalls ever so slightly to the north.

During the 1960’s, when construction debris was dumped into the separating gap known as Little Hell Gate, the two eventually became conjoined, however like all great sibling rivalries there was no consensus as to which of their names the new combined island would employ. Hence the current cumbersome but technically correct moniker “Randalls and Wards Islands.”

For brevity’s sake, you can simply refer to it as Randall’s Island. Everyone will know what you’re talking about.

Back to the topic at hand.

Once you’ve crossed the pedestrian bridge, the fruits of the Parks Department’s labor are yours for the taking. To the south, smooth bike lanes wind around the beautifully manicured Wards Island Park, offering uninhibited views of Upper and Mid Town Manhattan just across the river. 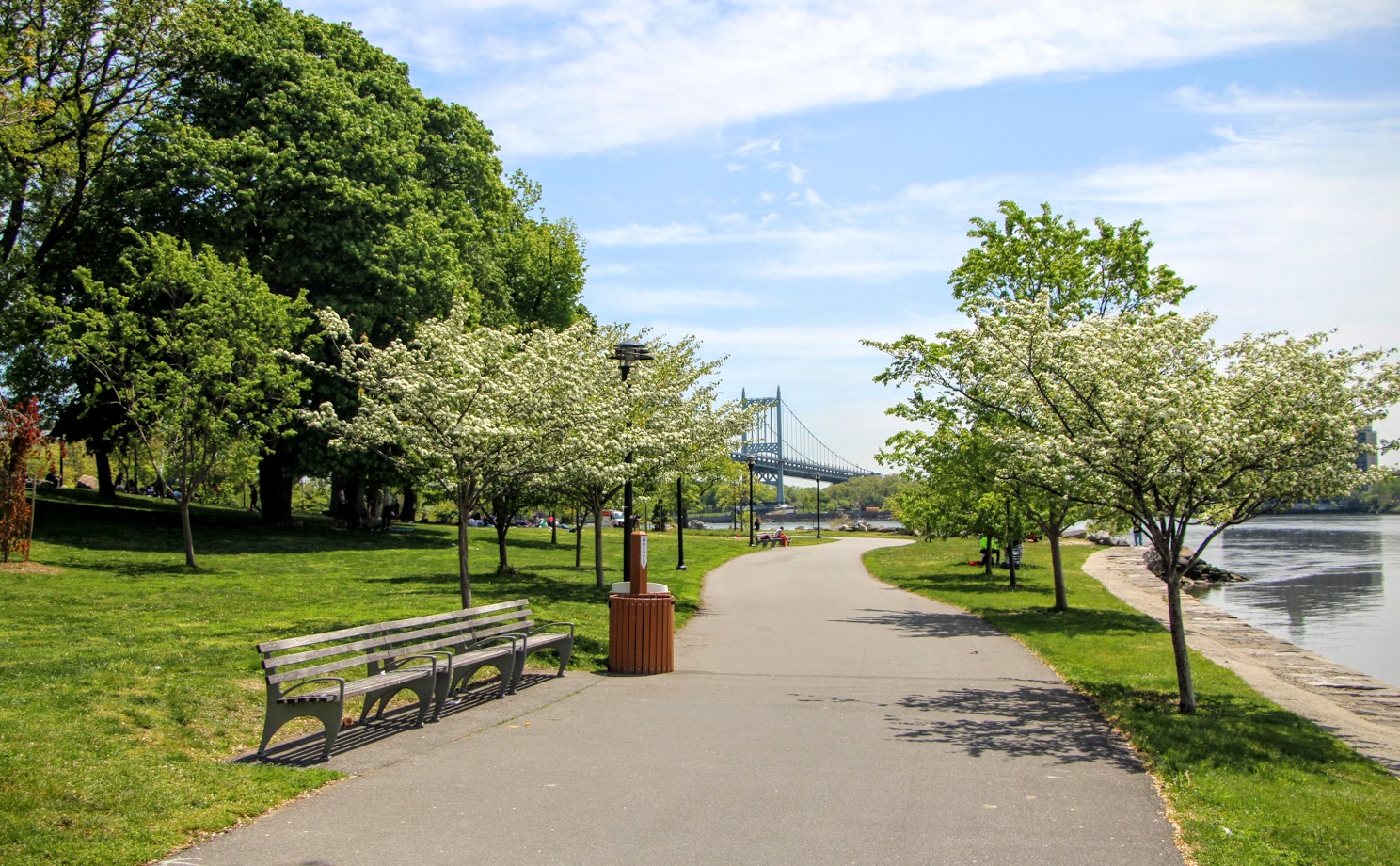 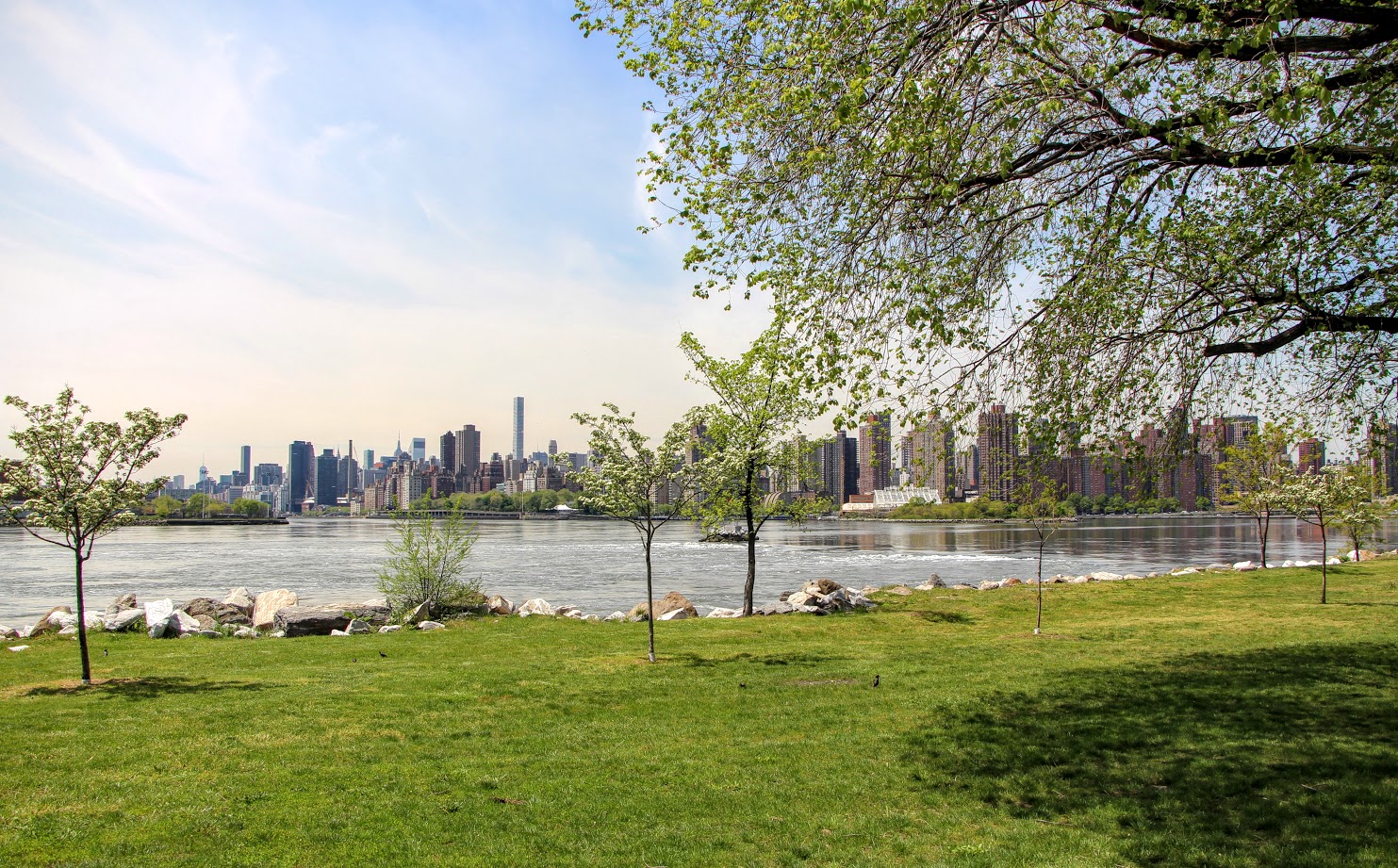 Continue in a counterclockwise direction and you’ll pass beneath the bustling Triborough Bridge, eventually heading north towards the plentiful soccer fields and baseball diamonds of Randall’s Island Park. 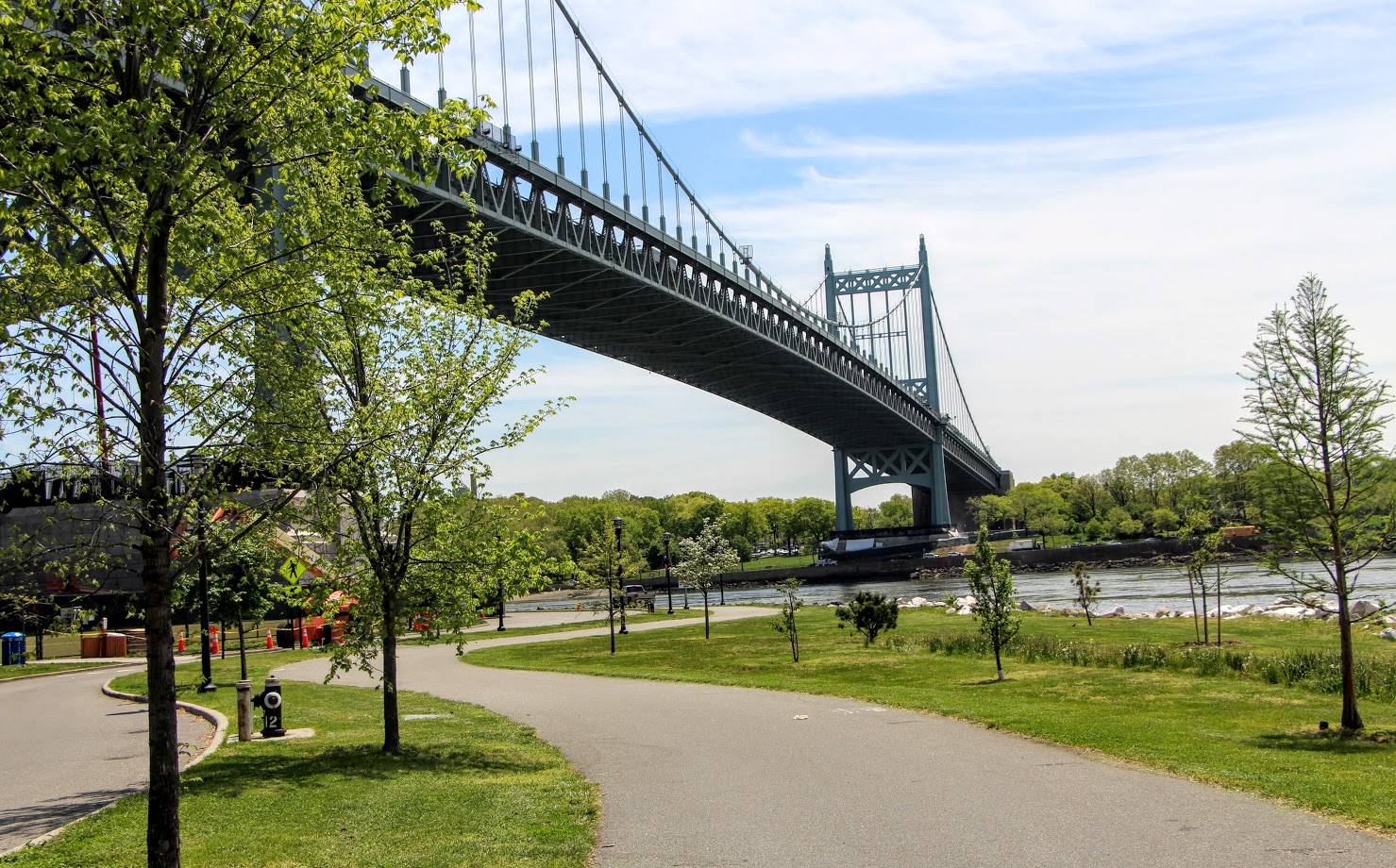 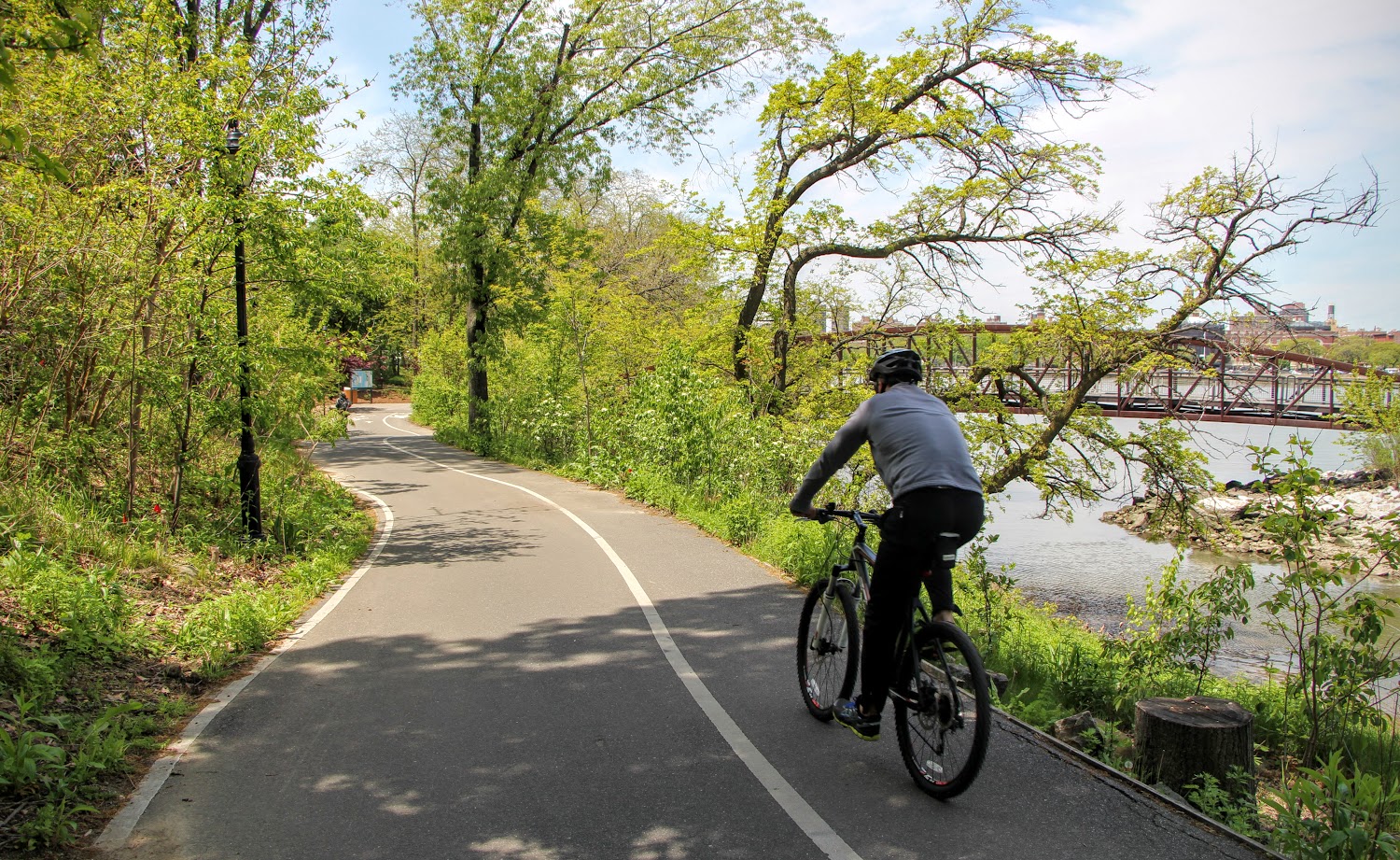 There are some less-aesthetically inspiring sights too, of course; after all, this is the Big Apple. But considering the amount of scenic, secluded riding to be done, structures like the Manhattan Psychiatric Center and the Wards Island Wastewater Treatment Facility are a fairly small price to pay.

All told, a full “loop” around both sections of Randall’s Island measures about 4 miles.  If you feel like extending your ride into outlying urban areas, you can always hop on either the Triborough bridge headed to either Brooklyn or Harlem, or the recently completed Connector Bridge to the Bronx. 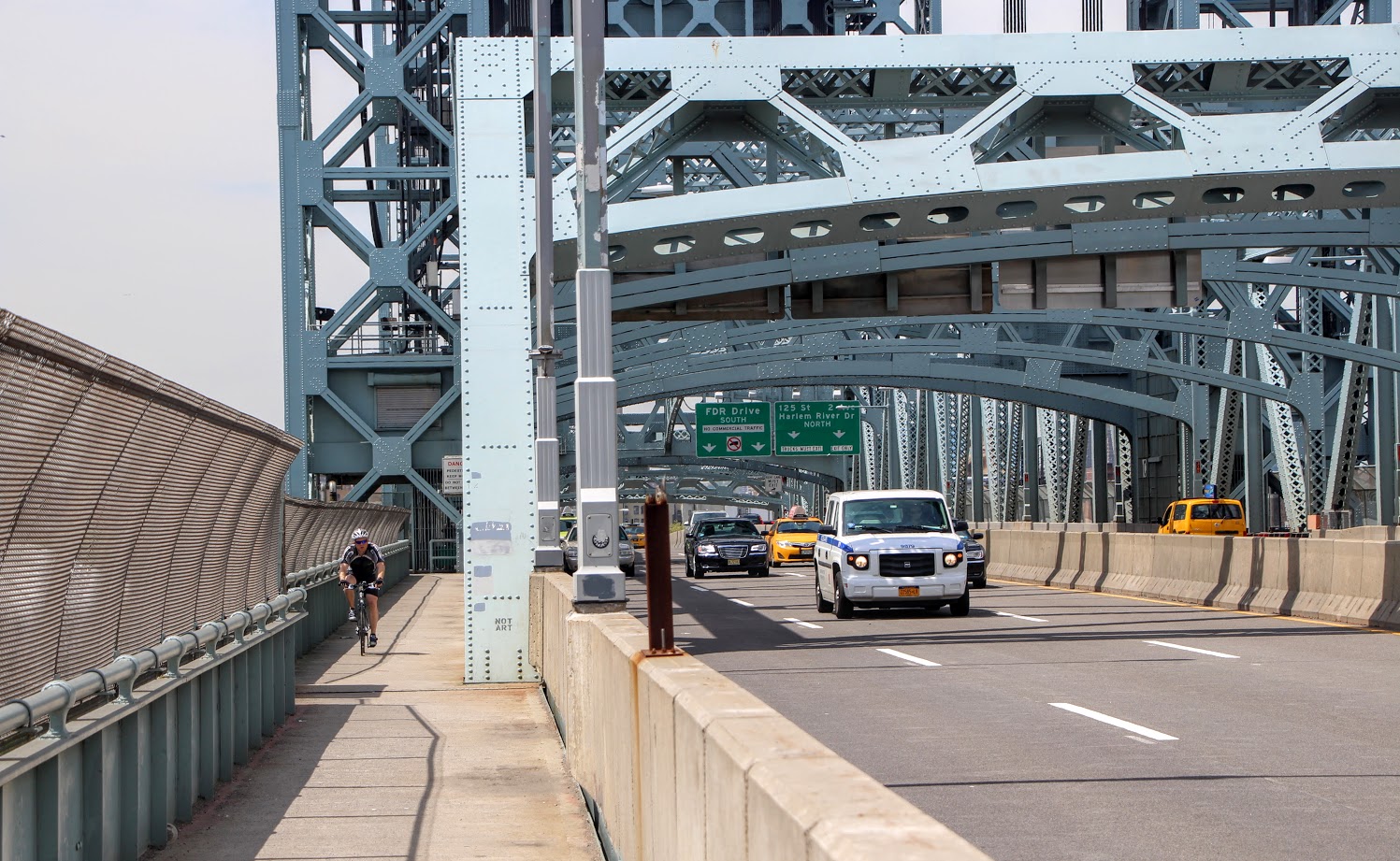 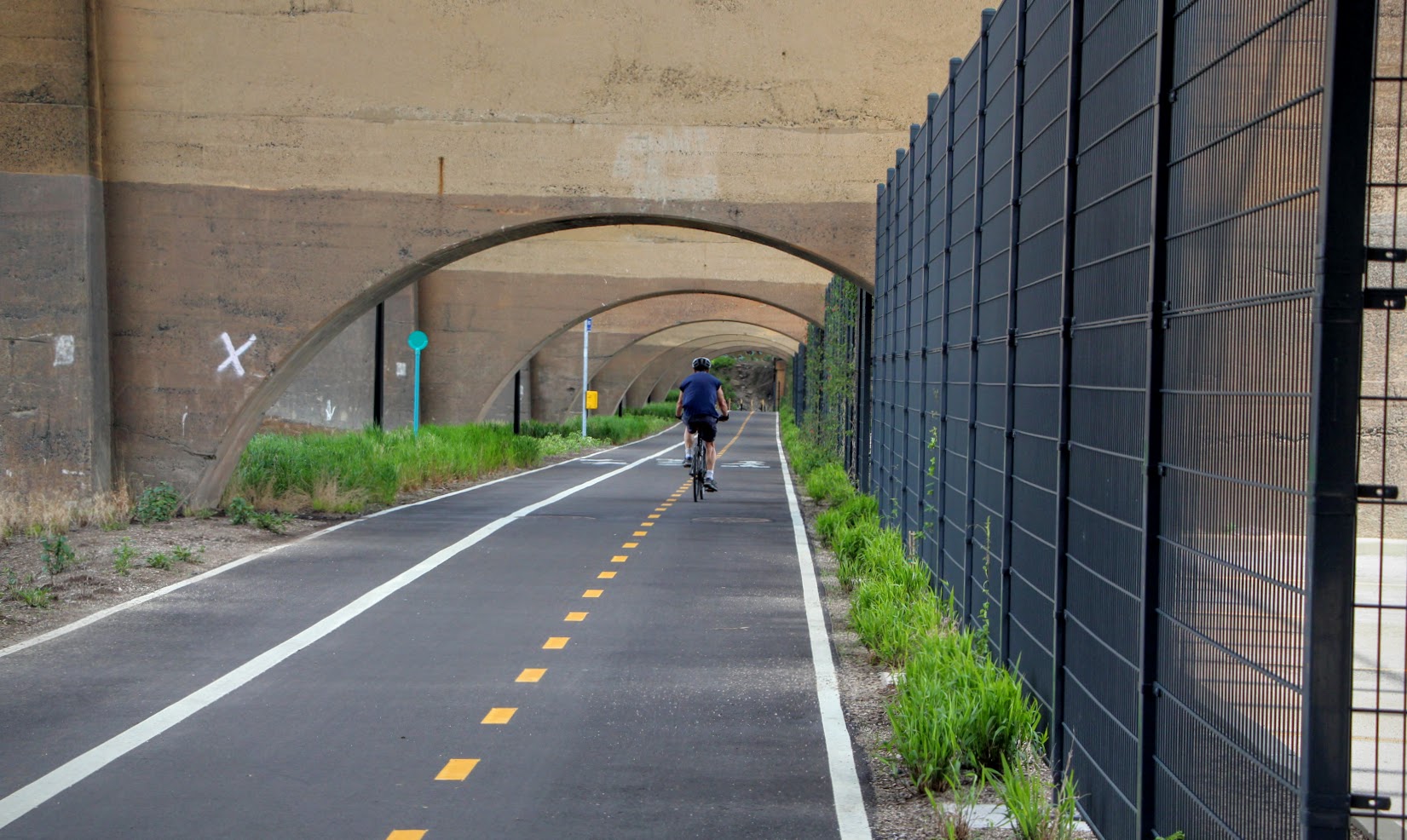 Come on a warm weekday morning and you may very well have the island to yourself, however throughout the summer season free concerts and weekend league matches in Parkland have been known to add a few more cyclists to the paths. Even on its busiest days, however, it’s a far cry from the daily throngs of recreational bikers descending on Central Park.

Check out our suggested map below to get yourself situated, then get out and experience Randall’s Island Park for yourself. 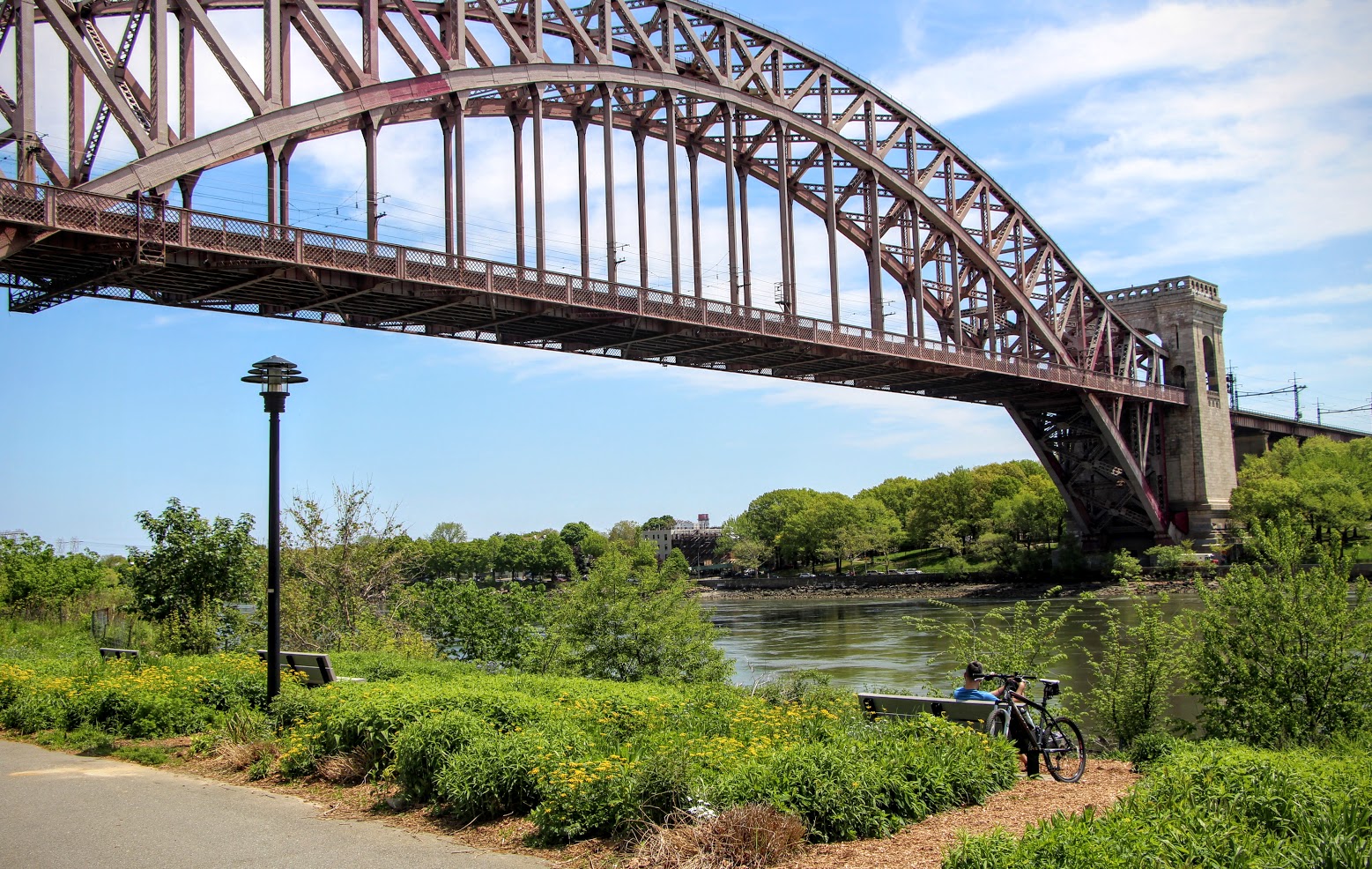