When your city is home to two and a quarter million residents and sees around thirty million visitors per year, you can bet there’s plenty of action taking place in the land of the, well, living. Paris is no exception to this rule, however its age, reputation, and distinctive place in human history mean that there’s just as much intrigue to be found below ground as there is above.

And no, we’re not talking about the metro.

The list of nationally and internationally renowned figures that have been laid to rest beneath the streets of La Ville Lumière is as impressive as it exhausting: names like Descartes, Napoleon Bonaparte, Marie Antoinette, Victor Hugo, Edith Piaf, Jean Paul Sartre, Simone de Beauvoir, Frédéric Chopin, Oscar Wilde, and yes, even the Lizard King himself. And we’re just scratching the surface. You could very literally spend several days here doing nothing more than paying respect to some of the most transformative individuals of the last 500 years.

To make an intriguing idea even better, the diverse settings of these burial grounds range from the macabre to the magnificent so exploring them opens up a new world of uniquely Parisian cityscapes.

Curious? Take a minute to read up on some of our favorites, or check out our suggested bike map to help you turn this into a full day adventure.

Tucked away in Paris’ westernmost 20th arrondissement you’ll find a gorgeous, tranquil labyrinth of cobblestone walkways, tombstones and mausoleums known as Le Cimetière Père Lachaise. At 44 hectares (110 acres), this massive necropolis and crematorium houses thousands of graves including those of Oscar Wilde, Marcel Proust, Jim Morrison, Chopin, Edith Piaf, and more. Here you’ll also find a series of touching memorials, including a profoundly moving tribute to the Jewish victims of the Holocaust. Père Lachaise is ranked among the most celebrated cemeteries in the world, so post-mortem aficionados should consider this a must-see. Just be sure to give yourself enough time to truly soak up the experience. 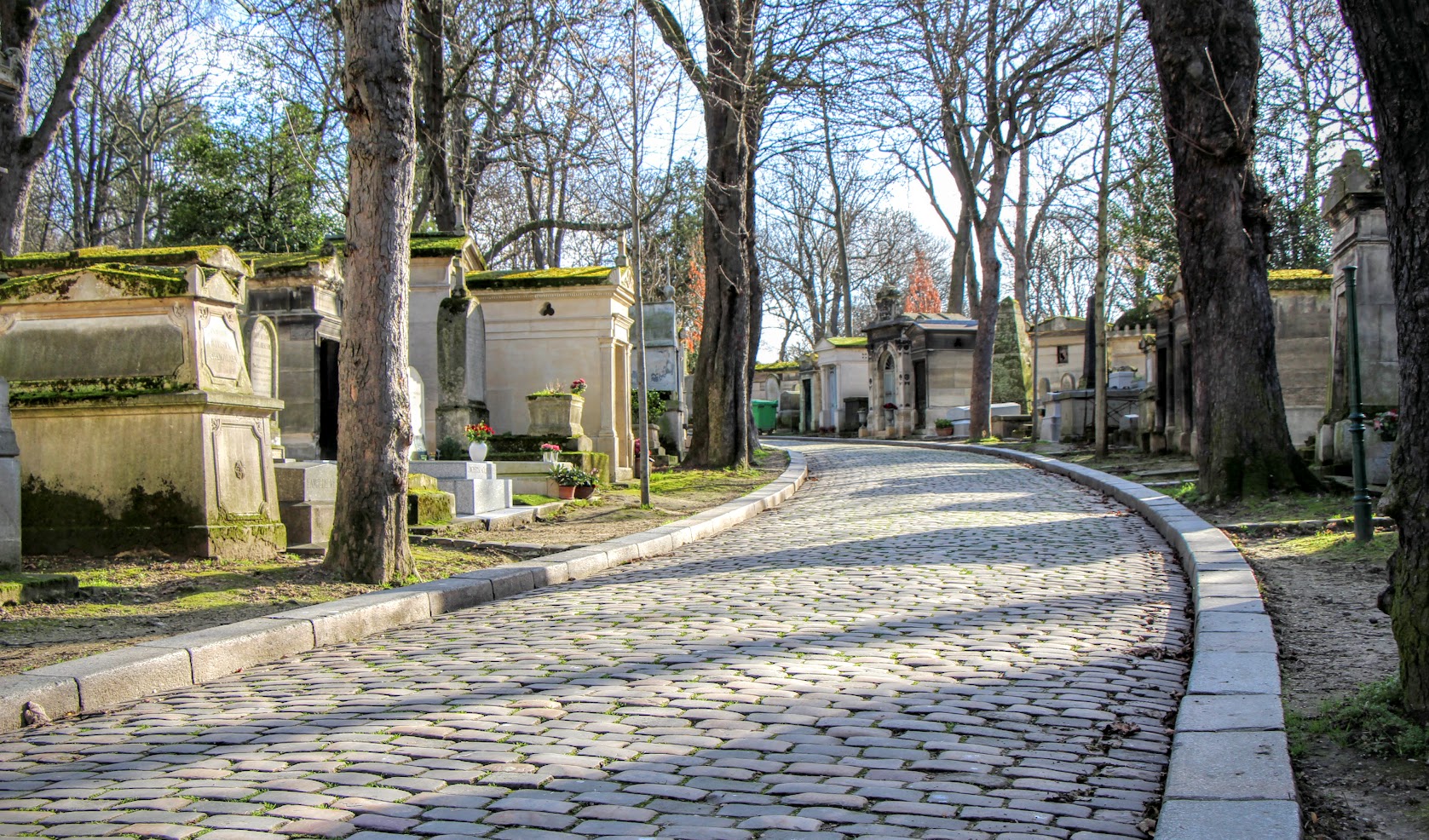 Paris’ underground catacombs were originally a series of abandoned limestone quarries until sanitary requirements forced city officials to relocate millions of bodies from the overcrowded Cemetery of the Innocents in 1785. 30 years later, thanks to the efforts of a mine inspector named Louis-Étienne Héricart de Thury, the winding mausoleum of mostly skulls and femurs opened to the public for the first time. Though there is no exact count, it’s estimated that some 6 million former Parisians are laid to rest here (yes, you read that correctly). Only a small portion of the macabre passage is legally* available to curious visitors these days, but the experience of walking through even a restricted subterranean corridor of human remains is memorable to say the least. Just choose your visiting time wisely, as peak tourist season queues can be enormous. 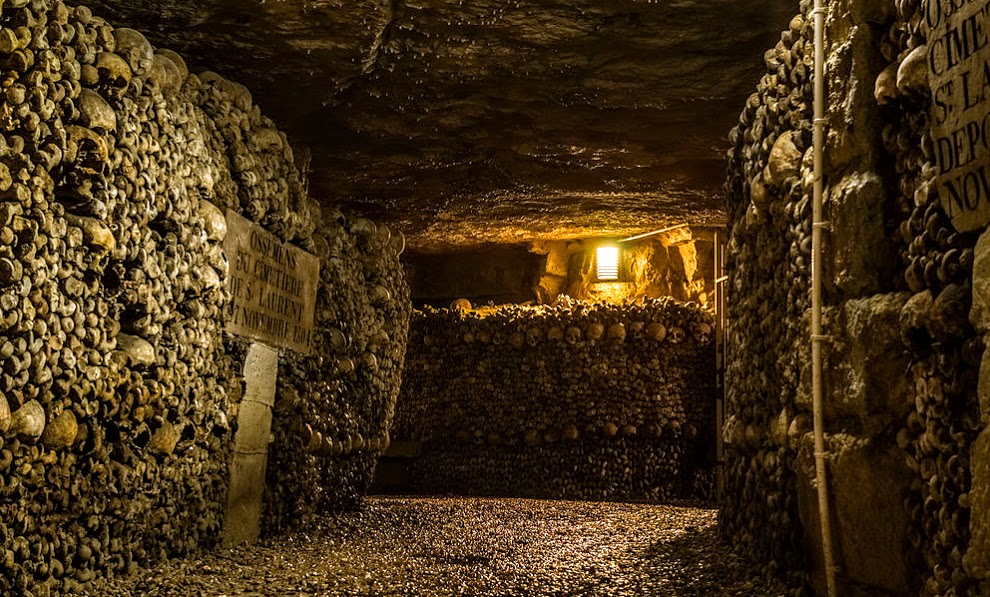 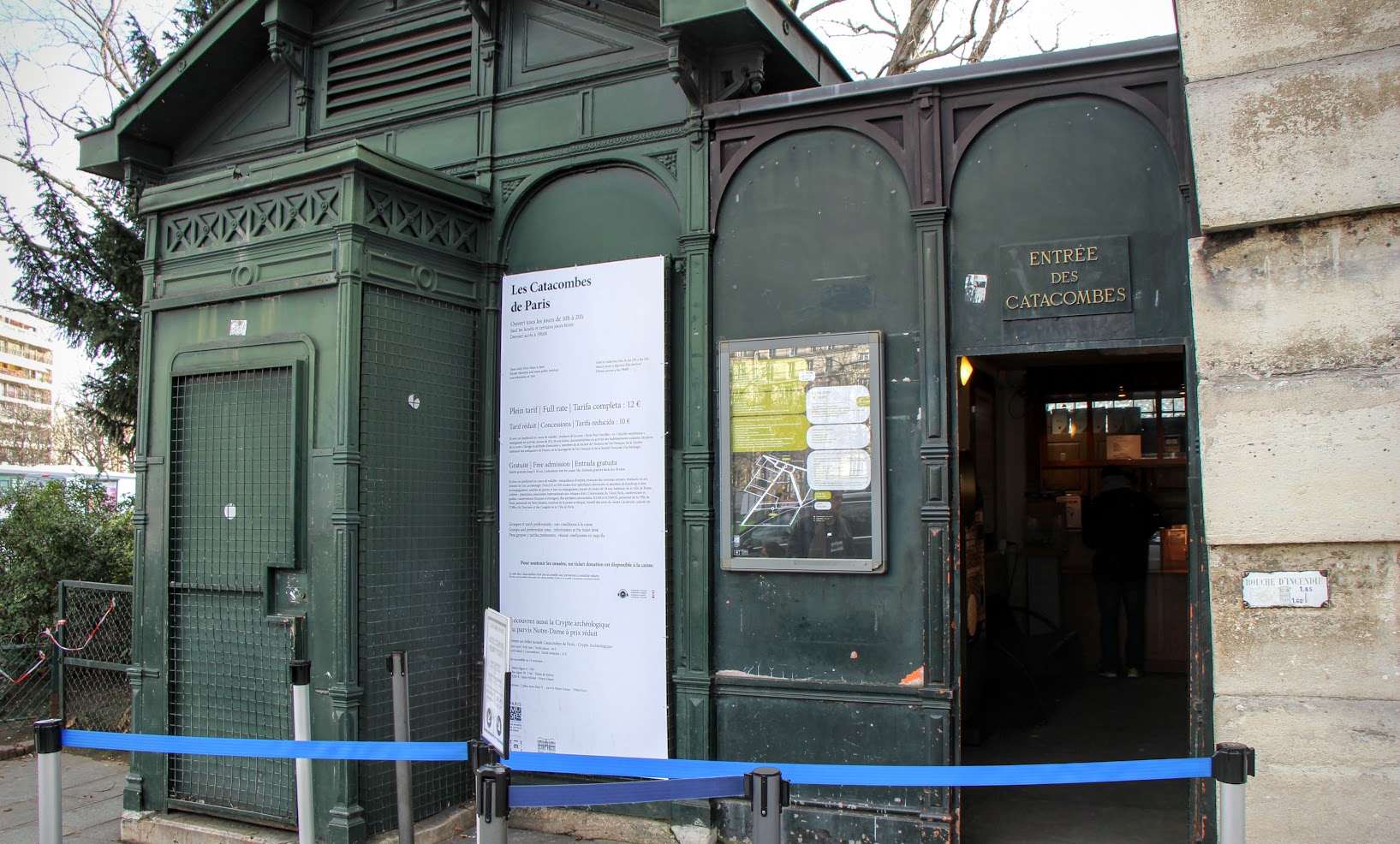 Stalwartly situated atop a hill in the 5th arrondissement’s Latin Quarter, Le Panthéon probably isn’t what springs to mind when most people think of a crypt. With it’s imposing 83 meter (272 ft) tall dome and a giant, columned entrance that pays tribute to the original Pantheon in Rome, this is burial at its finest – complete with frescoed ceilings and an enormous dangling replica of Foucault’s Pendulum. Once you’re done admiring its interior, work your way downstairs to the massive underbelly of this structure and you’ll be standing among the remains of France’s finest, including philosophers Voltaire and Rousseau, authors Victor Hugo and Alexandre Dumas, and renowned Polish scientist Marie Curie (French by marriage). Far from somber, the Panthéon is a beautiful testament to French history and architecture and absolutely worth a visit. 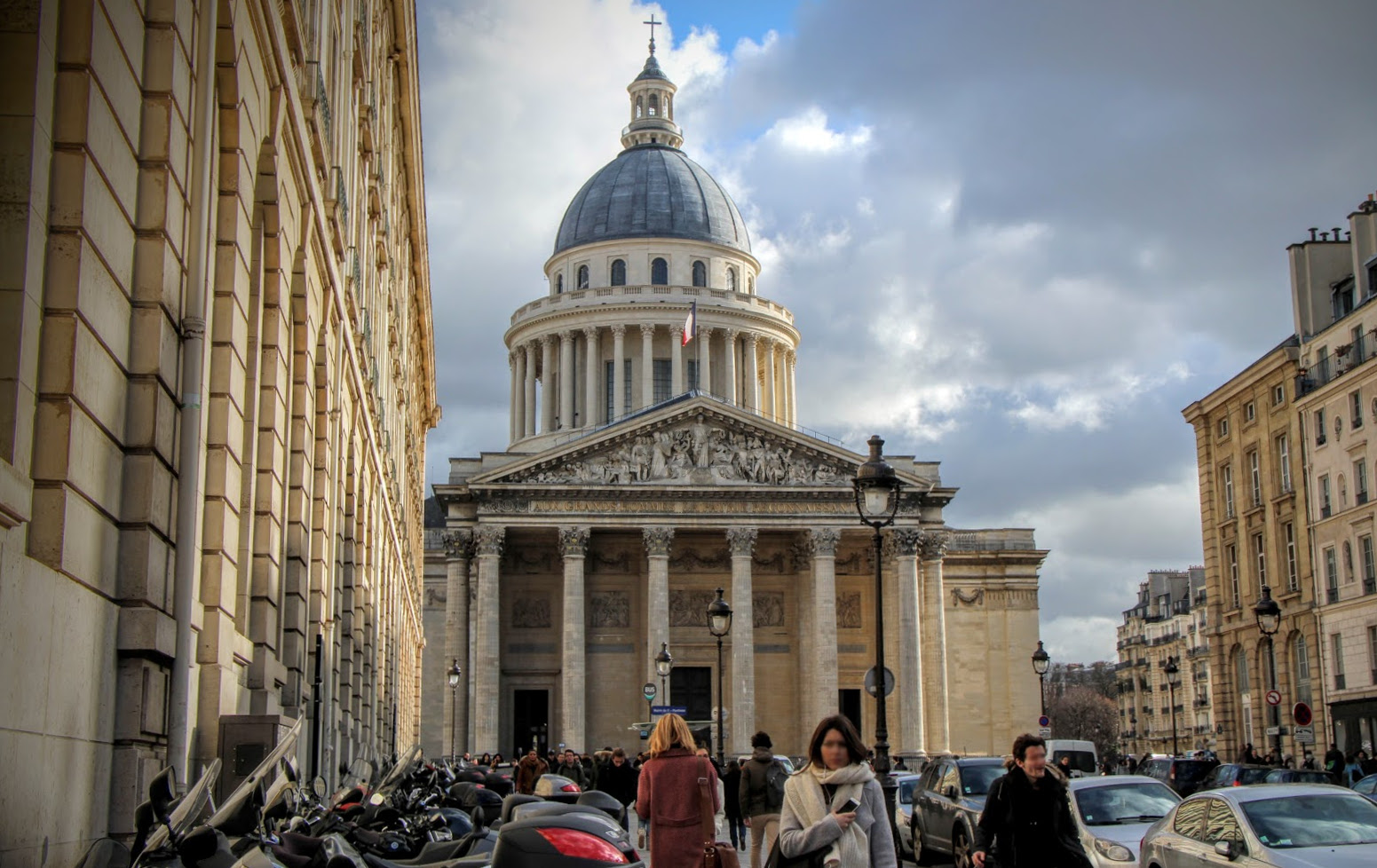 Montparnasse is one of the most important green spaces of the Left Bank, though more scrutinizing visitors might find it trails Père Lachaise in several key categories such as size, personality, and notable names entombed within. That said, a stroll through the wide, paved avenues here certainly isn’t without its rewards, including the opportunity to visit the graves of Frenchmen Jean Paul Sartre, Émile Durkheim, and the revolutionary singer/songwriter Serge Gainsbourg. On top of that there are some 1,200 trees dispersed throughout Montparnasse’s 19 hectares (47 acres), making the cemetery a tranquil respite from the daily bustle of Paris’ 14th arrondissement. Overall, it’s a relaxing and rewarding way to spend 30 minutes south of the Seine. 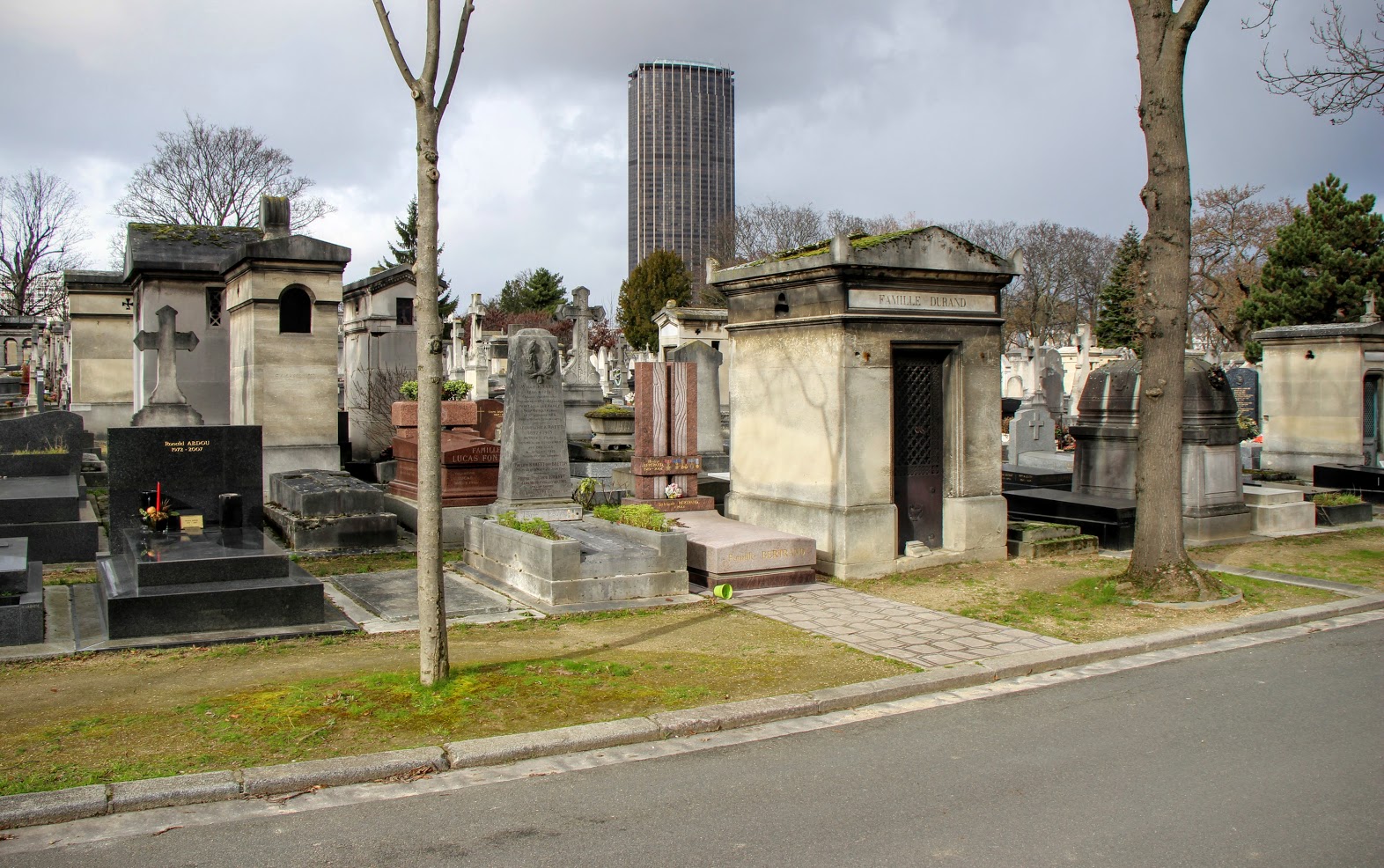 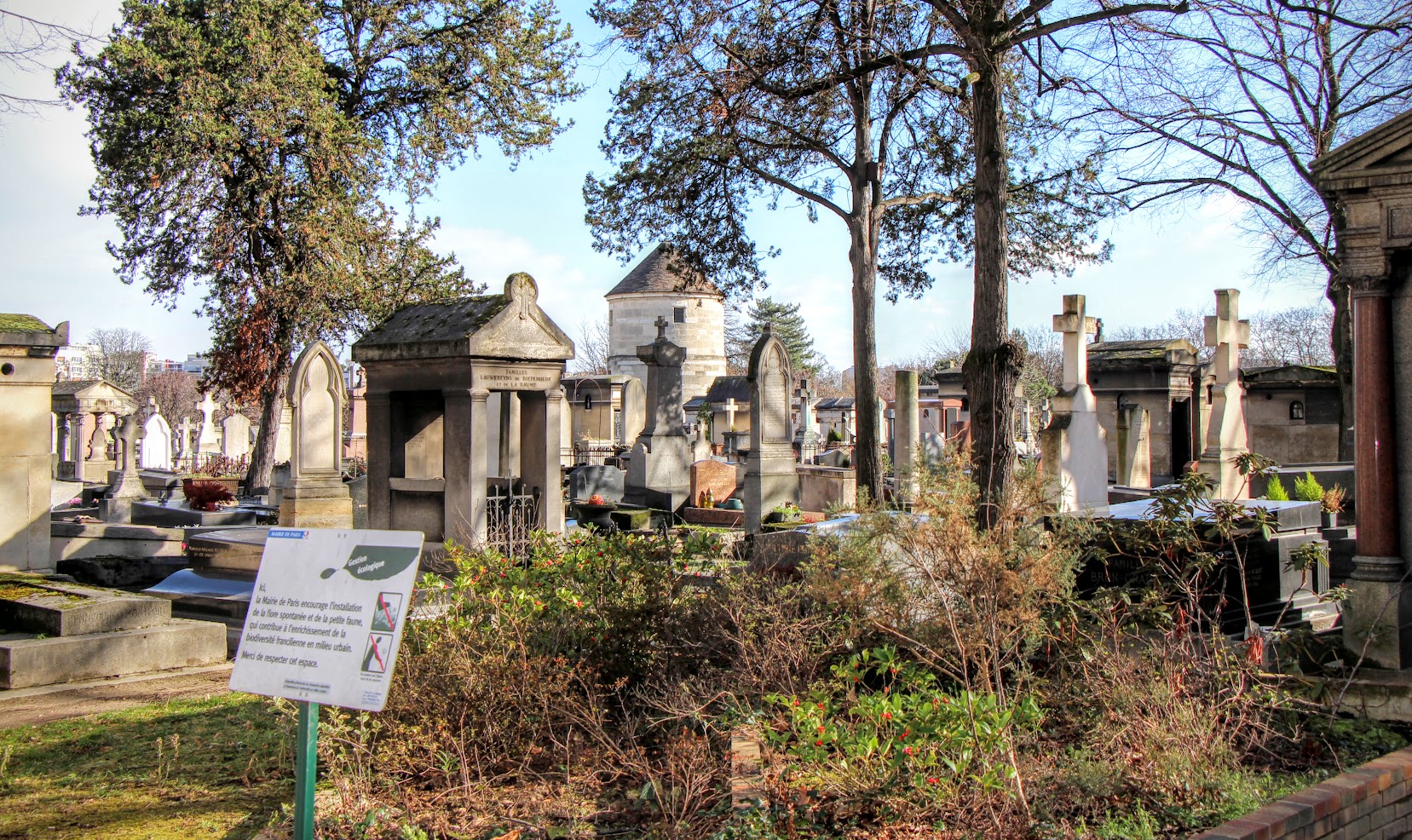 In stark contrast to the upscale ambiance of Père Lachaise you’ll find Cimetière Montmartre, tucked below street level in an abandoned gypsum quarry of the 18th arrondissement. The cemetery’s proximity to the sex shops of Pigalle and the working-class Place de Clichy have earned it a celebrated reputation among Paris’ bohemian artists, and in keeping with character its interments include Adolphe Sax (inventor of the saxophone), Margaret Kelly (founder for the Bluebell Girls cabaret dance troupe), and Jean Bauchet (former proprietor of the Moulin Rouge, atop whose grave is seated a giant naked man). Such a unique history and slight air of irreverence to the grandiosity of death make Montmartre a welcome addition to the Parisian cemetery scene. 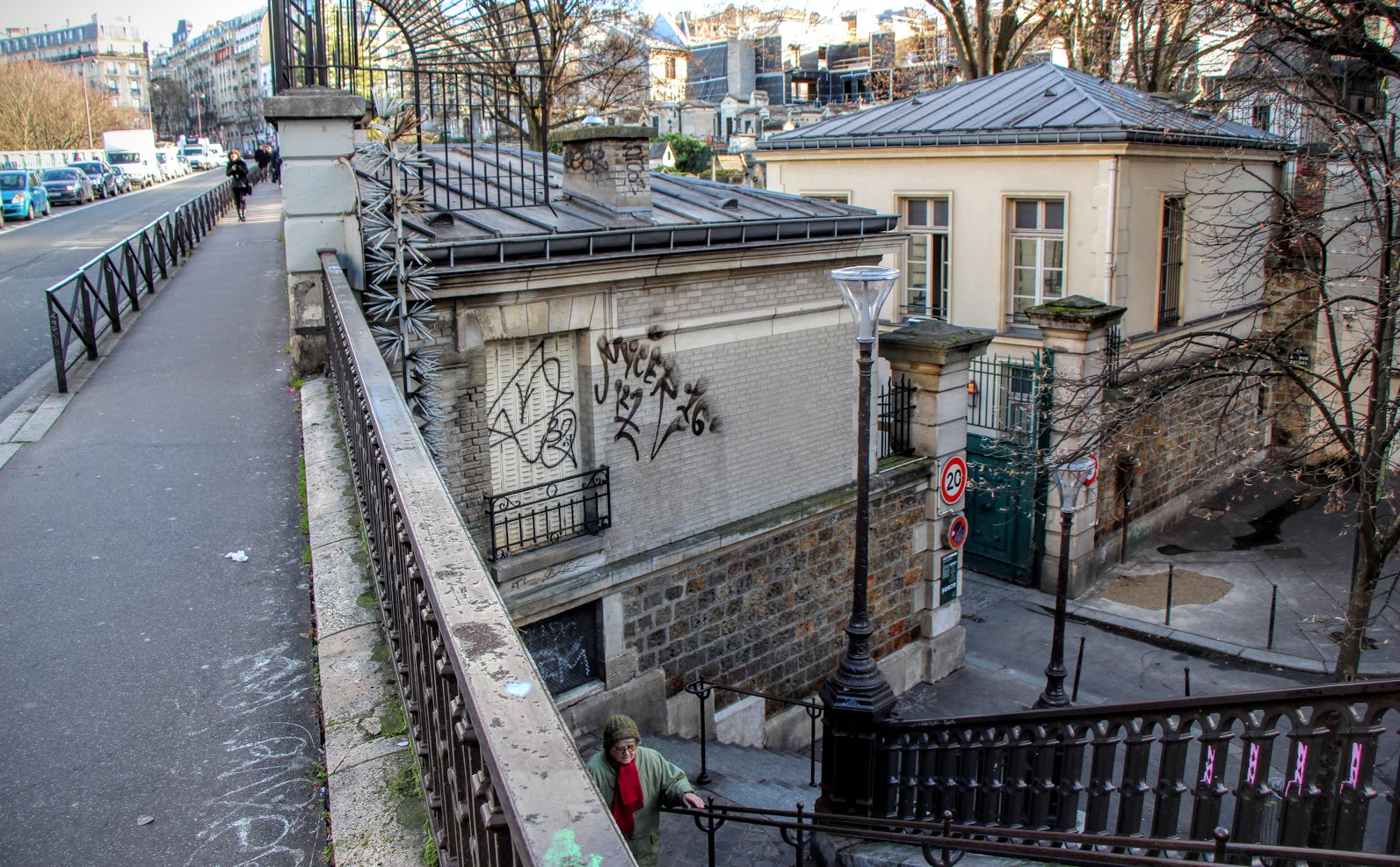 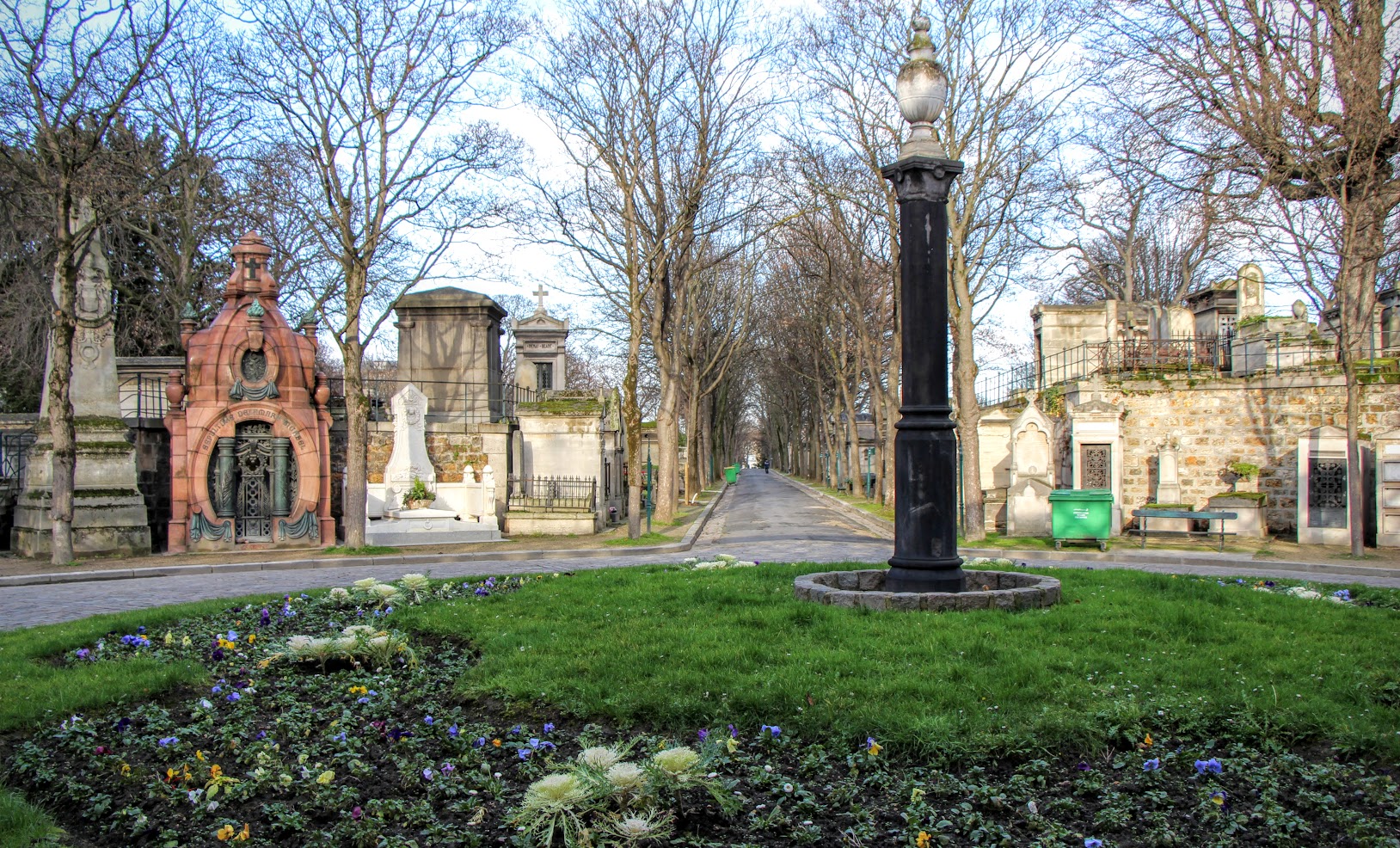