Did you know…that there are volcanoes in the city of Portland? If not, you’re in luck – we have the perfect Portland bike ride to experience them in full grandeur!

Specifically, there are four volcanoes in the greater Portalnd area. They make up part of an extensive network of 32 shield volcanoes and lava cones stretching from Oregon to southwest Washington. As a result, this nexus has been dubbed the Boring Lava Field.

However, it’s worth noting that these volcanoes are all either extinct or long dormant. That’s bad news for magma enthusiasts and good news for anyone who just wants to ride bikes. 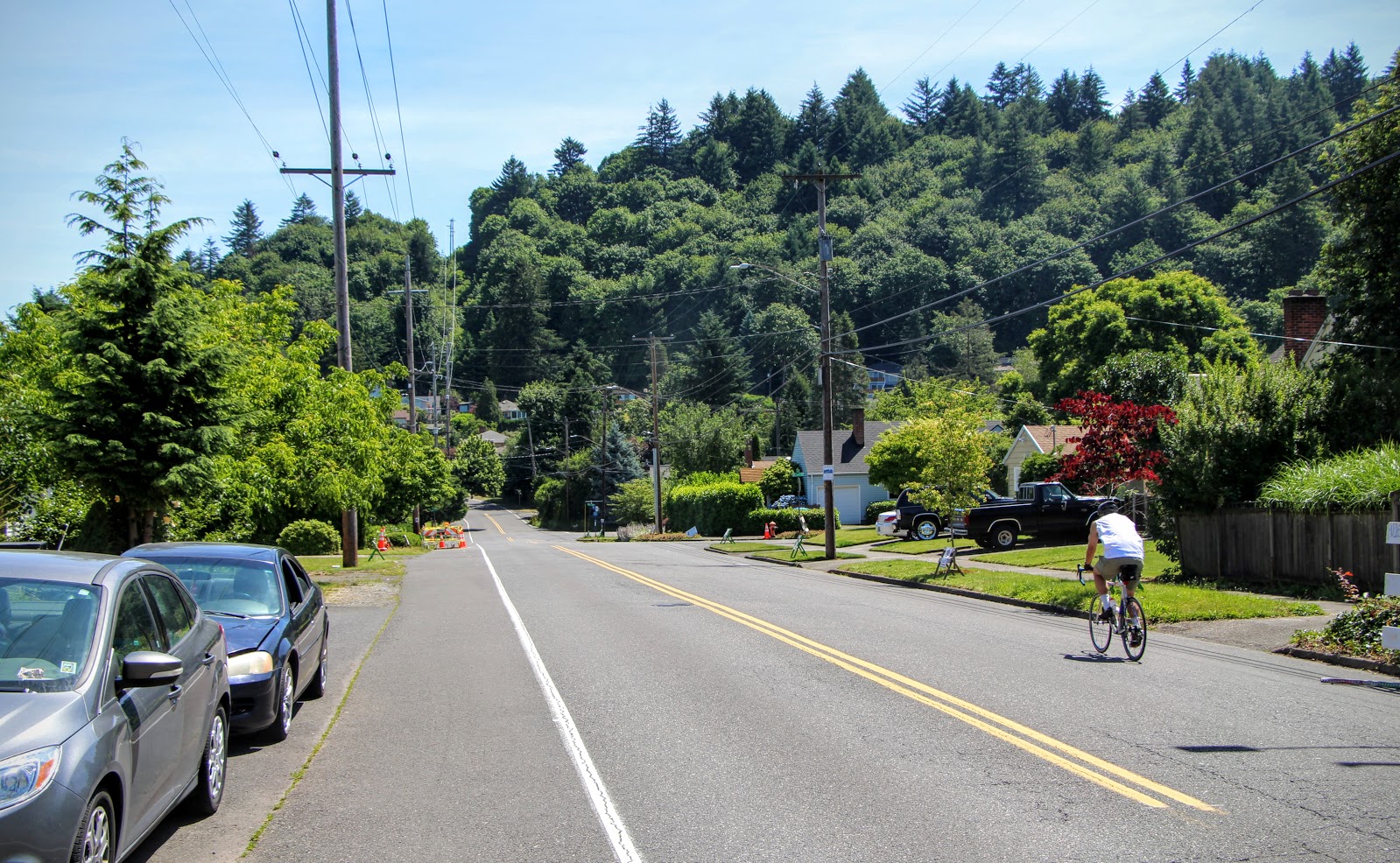 If you fall into the latter category, we here at Spinlister have mapped out a bike route up two of our favorite cinder cones in Portland: Rocky Butte and Mount Tabor. With a combined 700 feet of elevation gain, you’re in for a workout, however rest assured that the views over the surrounding landscape more than make up for the exhaustion. Enjoy.

The walled park that sits atop Rocky Butte’s 612 ft (187 m) summit is perhaps the single best vista point in all of Portland. Thanks to its prominent height and lack of surrounding foliage, those who sweat their way to the top are granted unobstructed views over both the city’s downtown to the west, as well as the three towering peaks of Hood, Adams, and St. Helens to the north and east. 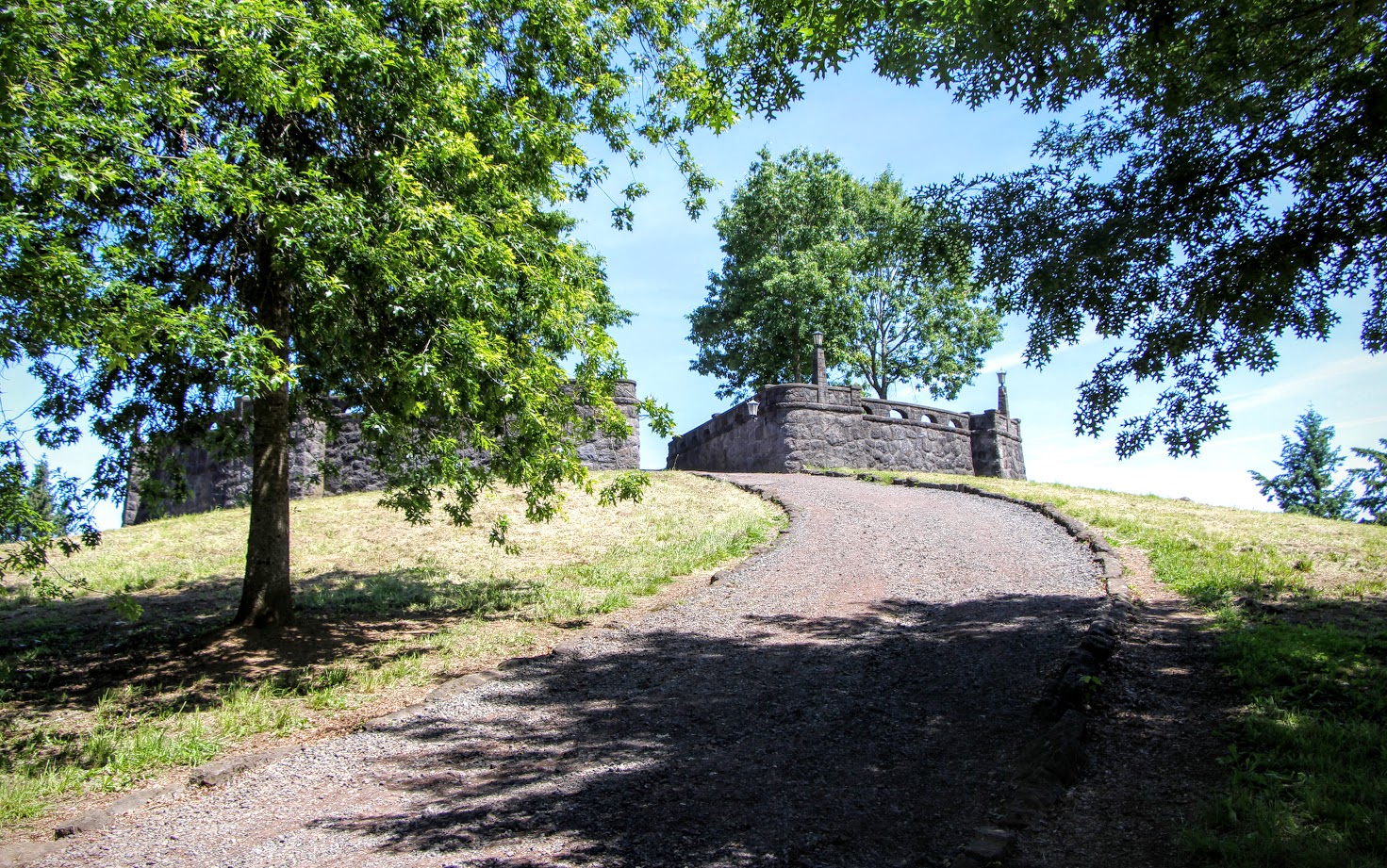 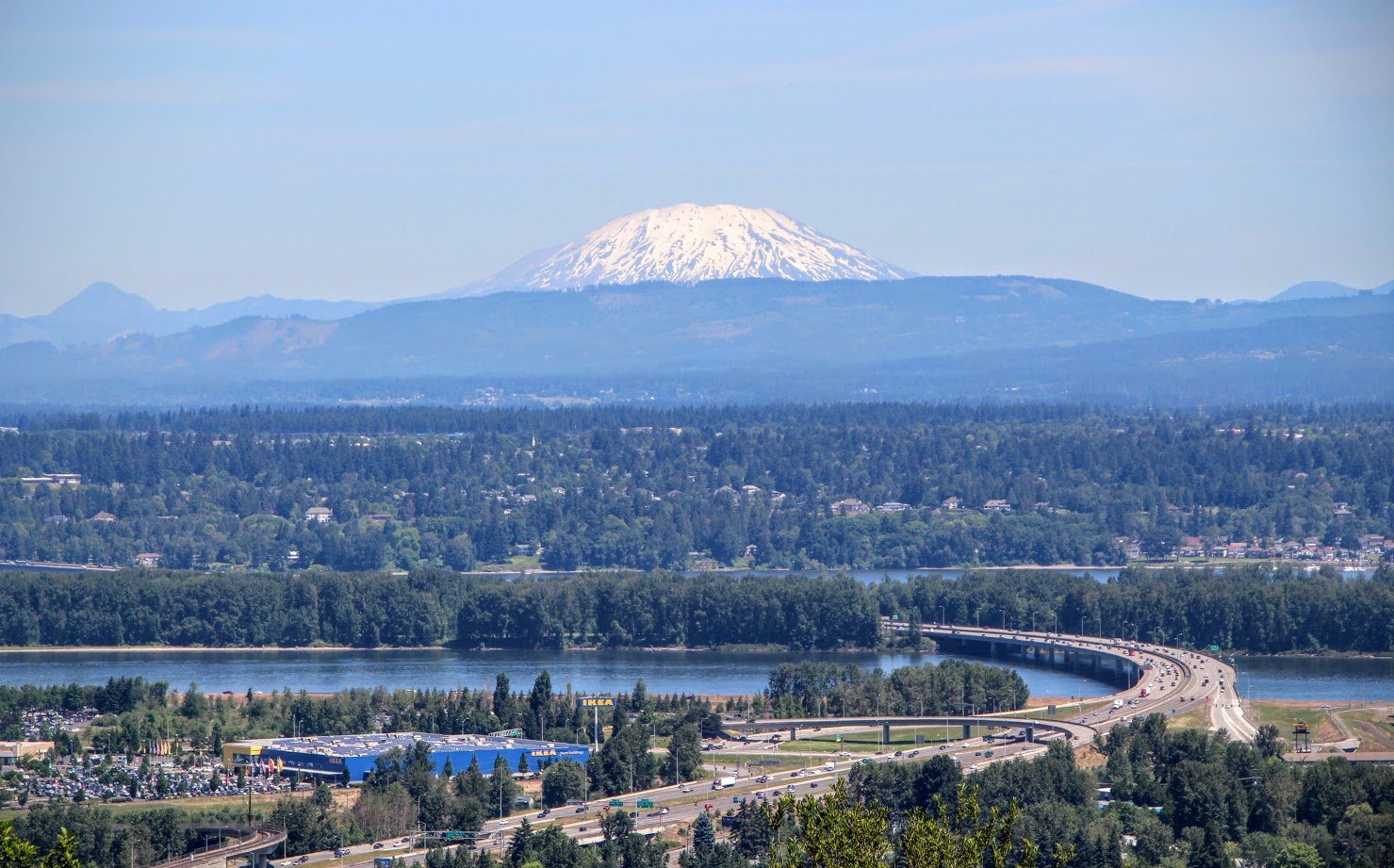 Starting from NE Fremont Street, the ride up Rocky Butte winds around both the City Bible Church and Portland Bible College before arriving at Joseph Wood Hill Park (also simply referred to as Rocky Butte Park). You’ll be climbing about 360 ft (110 m) over the 1.3 mile ascent, so be sure to bring plenty of water to  help cool you down while you bask in all that scenic splendor at the top. 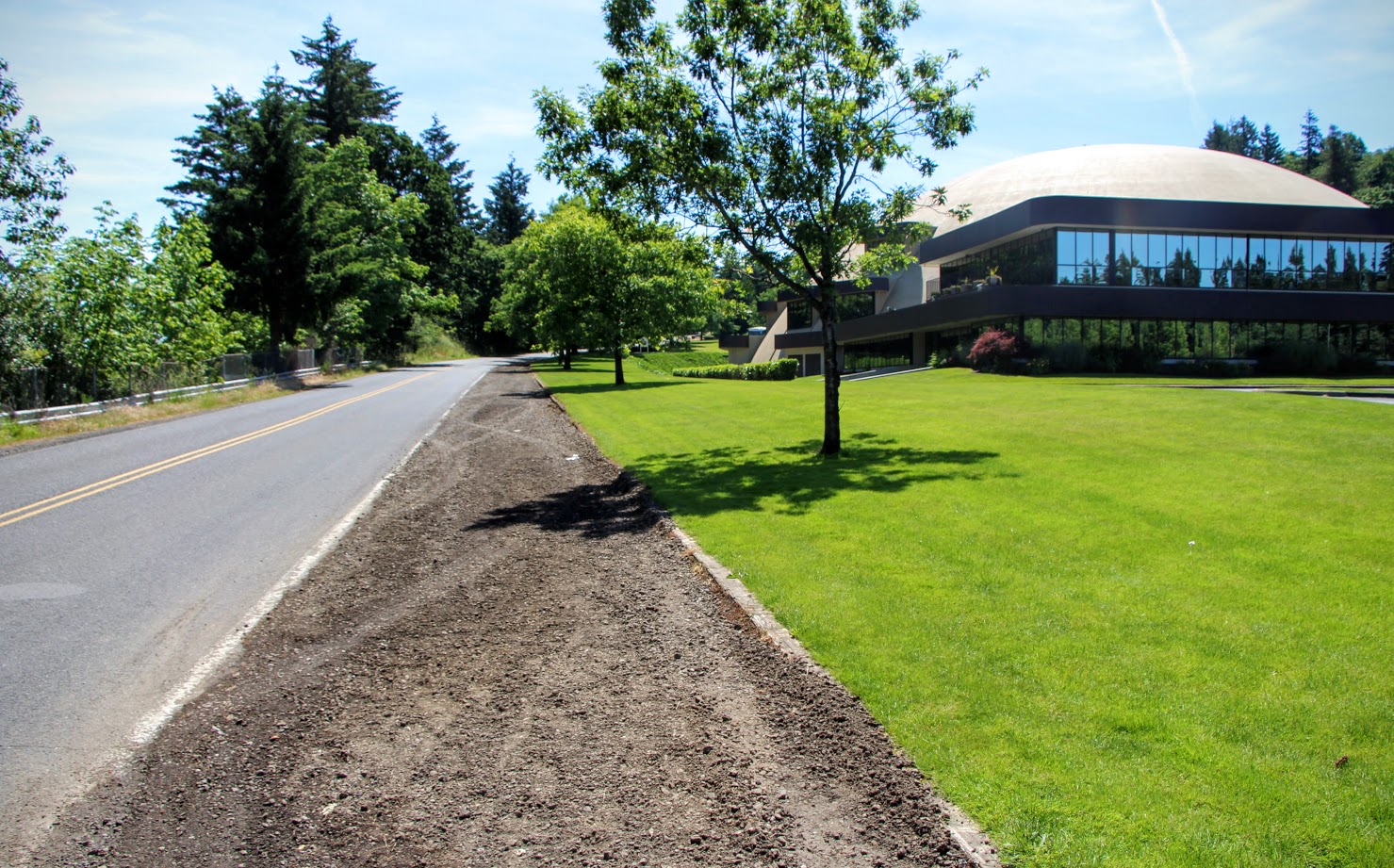 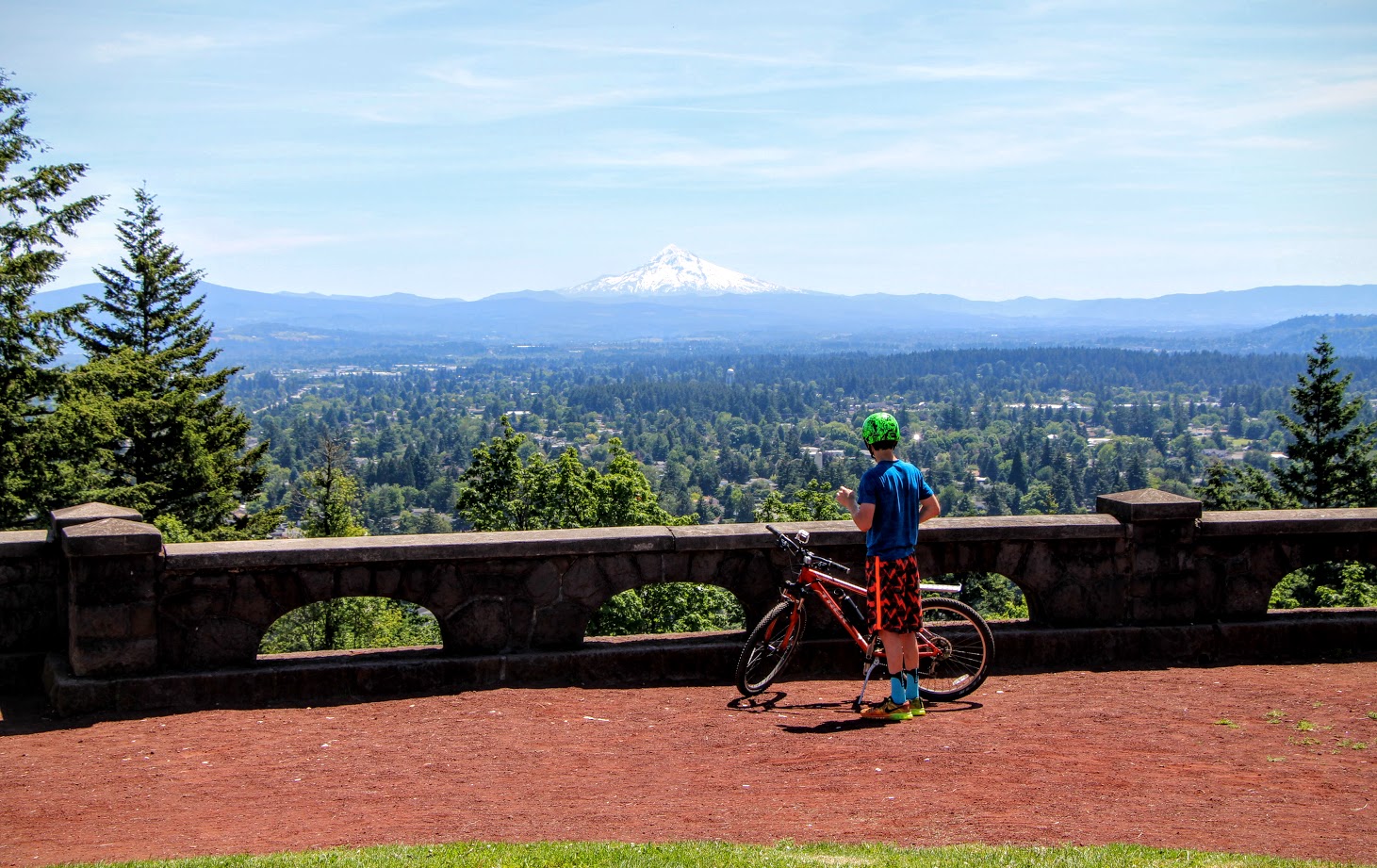 While the views from atop Mount Tabor are partially obscured by the park’s towering conifers, there’s no denying that this ancient cinder cone is one of Portland’s most beautiful cycling destinations. Encompassed by its nearly 200 acres are several scenic reservoirs, a visitor’s center, basketball courts, and a towering statue of American pioneer and Oregonian editorialist Harvey W. Scott. You can also find a killer, tree-framed view of Mt. Hood at its peak. 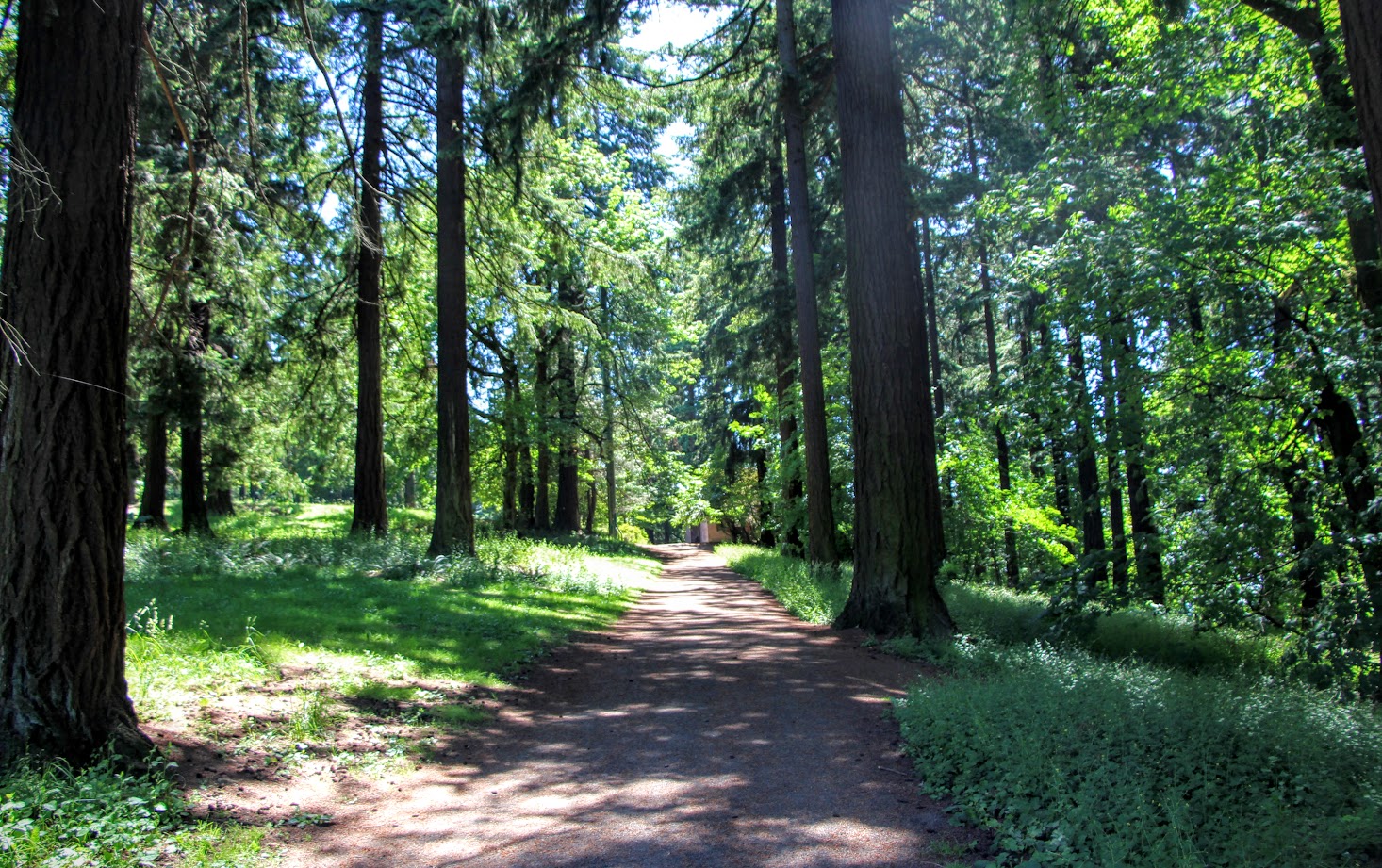 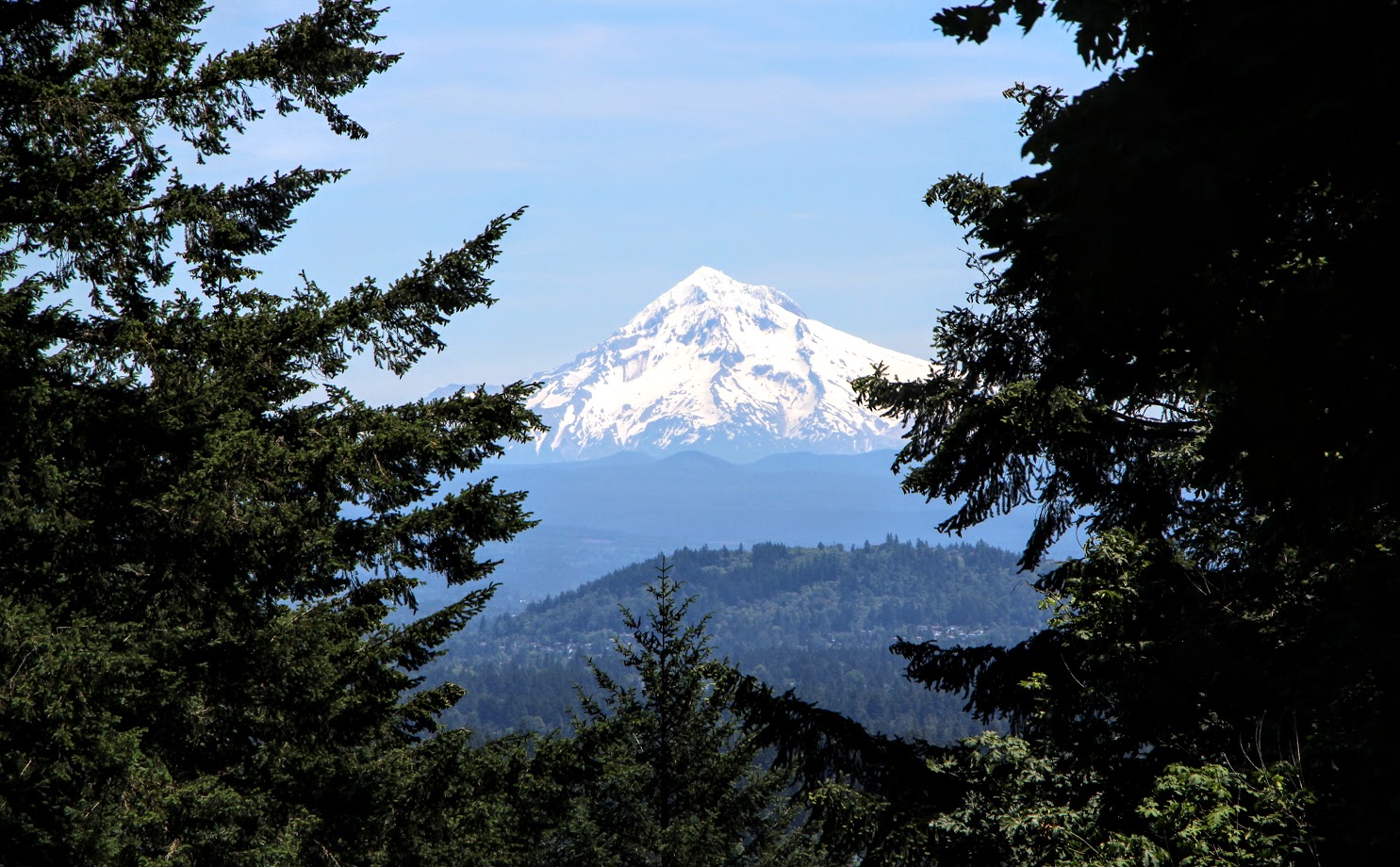 The park has four entrances scattered around its perimeter, however street to summit you’ll be ascending around 340 ft (104 m) no matter which way you decide to go. During the month of June, it also hosts a titular weekly cycling competition known as the Mt. Tabor Series: a summer tradition that dates back over 65 years. Time your visit right and you might just be able to catch a race. 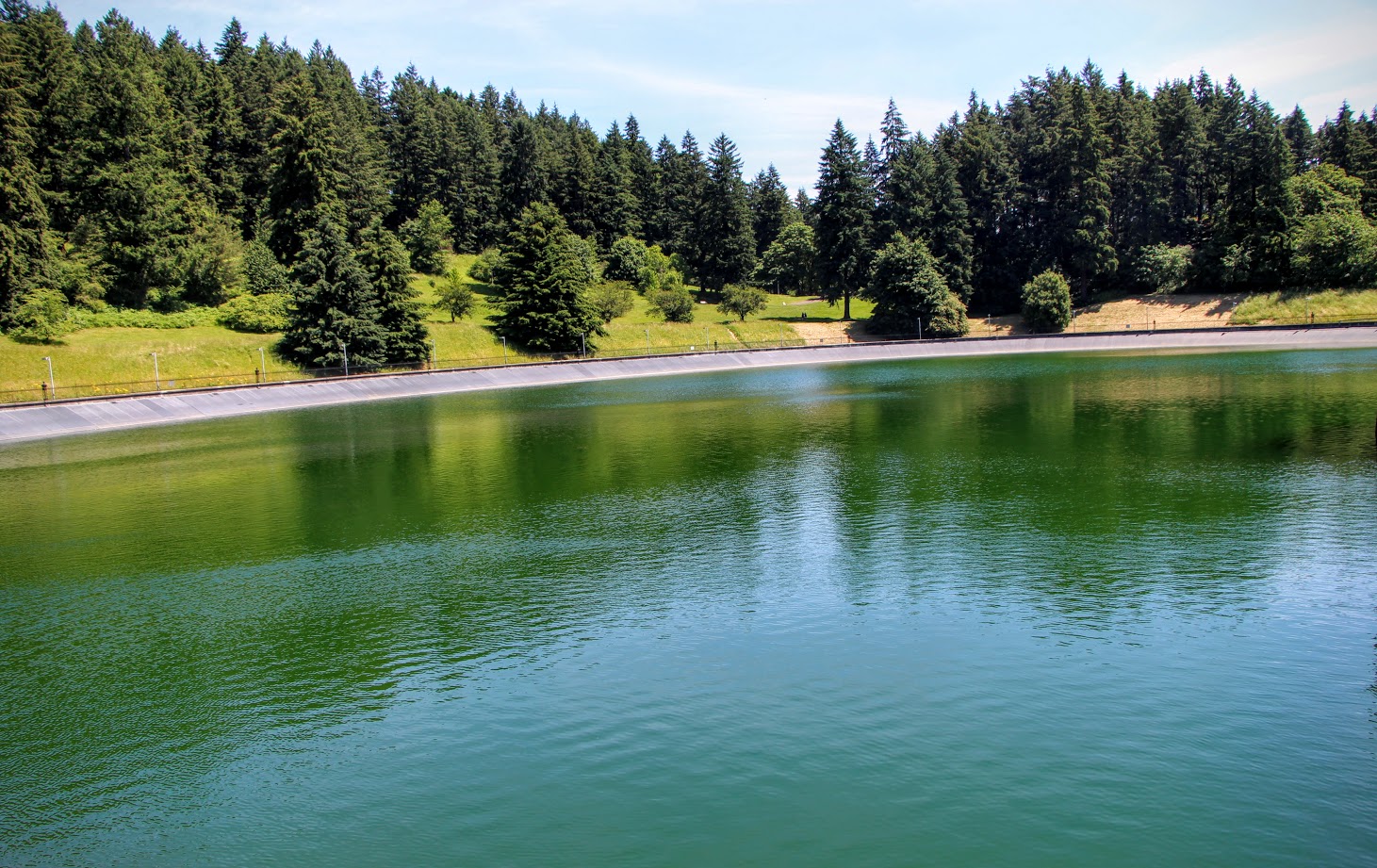 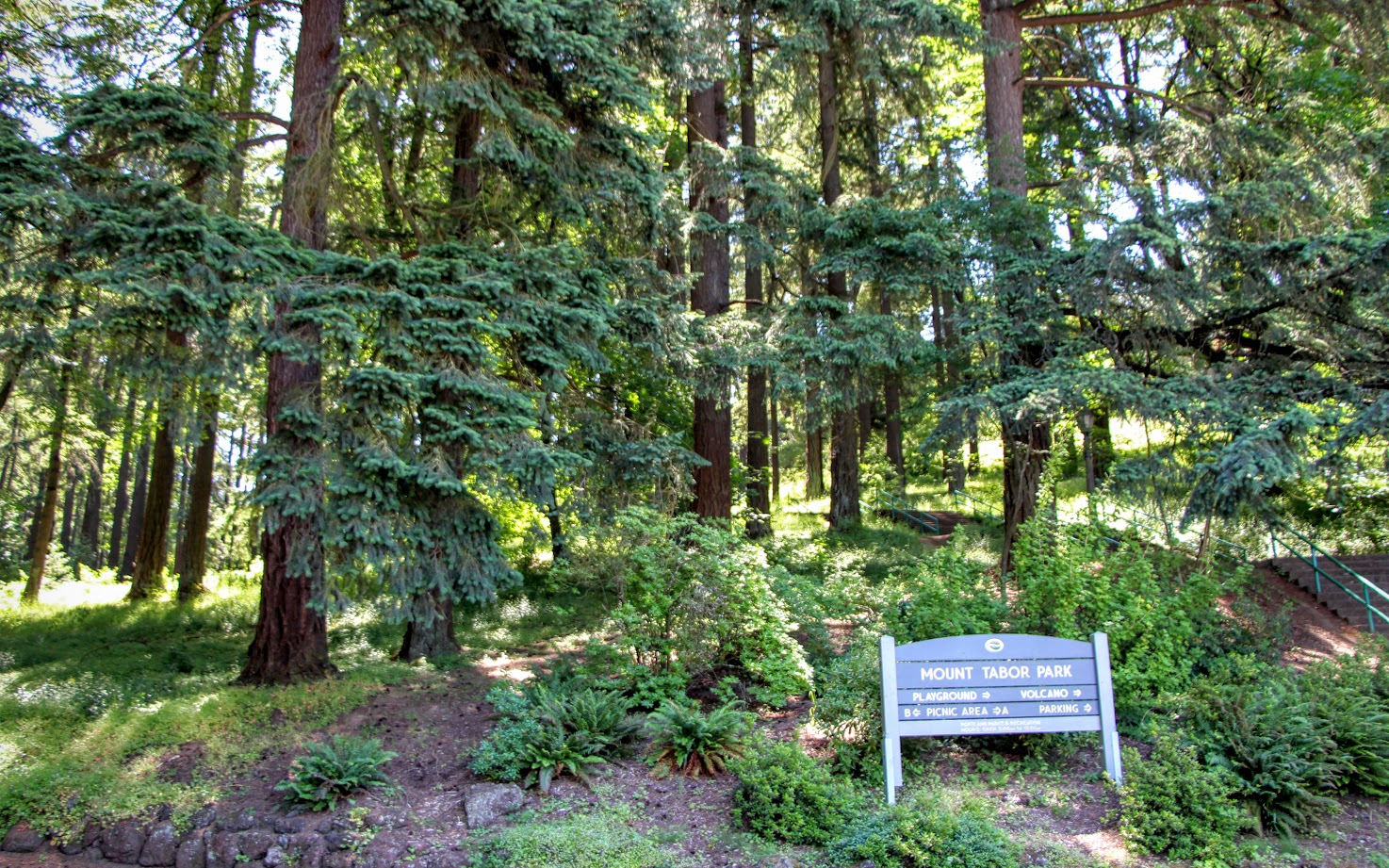 While not a mandatory addition by any means, we prefer to end off this particular ride with a visit to Portland’s historic (and beautiful) Lone Fir Cemetery. Constituting the final resting place of many of the city’s most influential residents from pioneers to women’s suffragists, this memorial park holds a special place in the hearts of many locals, and seems to correspond nicely with the sense of fleeting mortality one can experience when biking on a volcano. 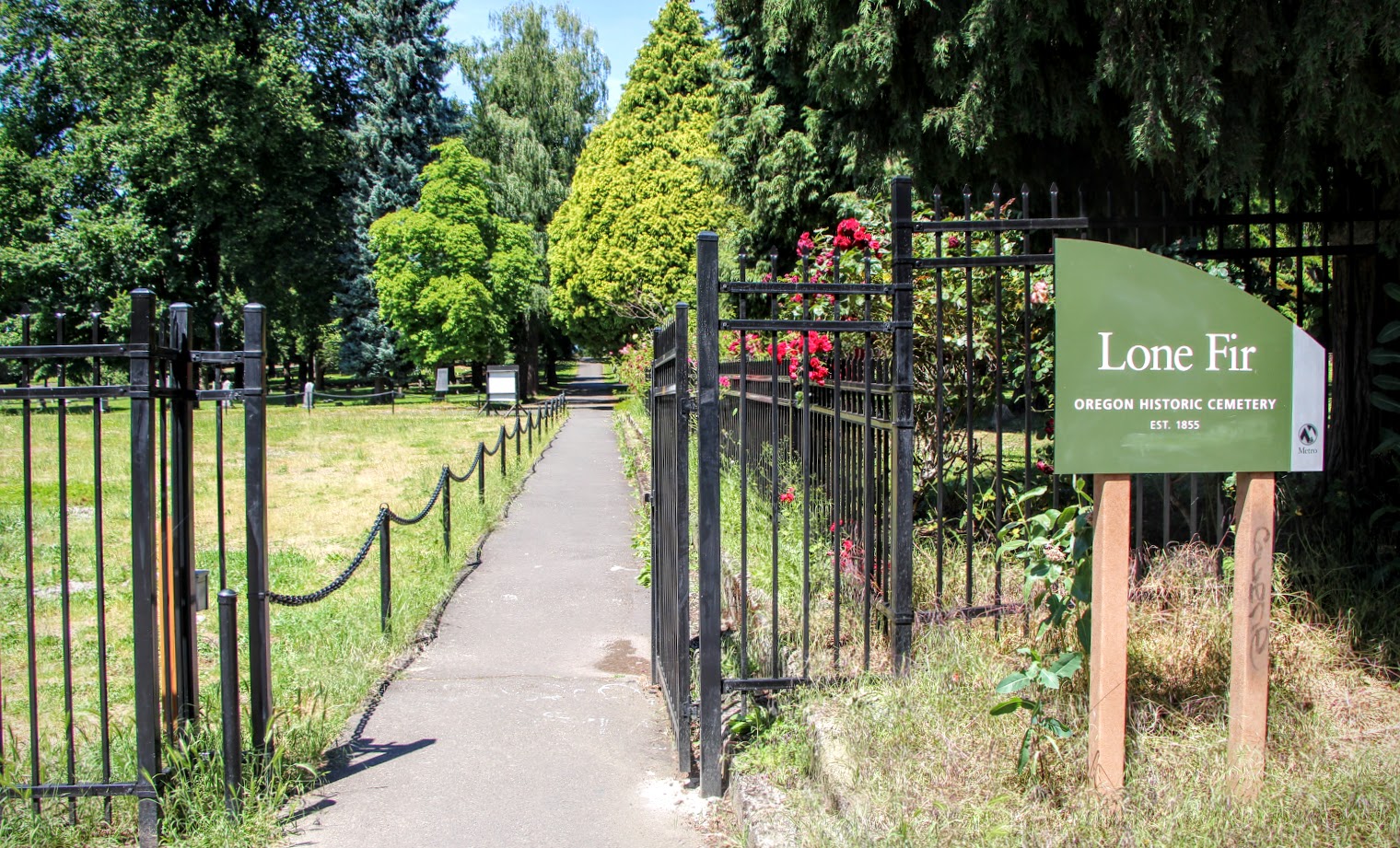 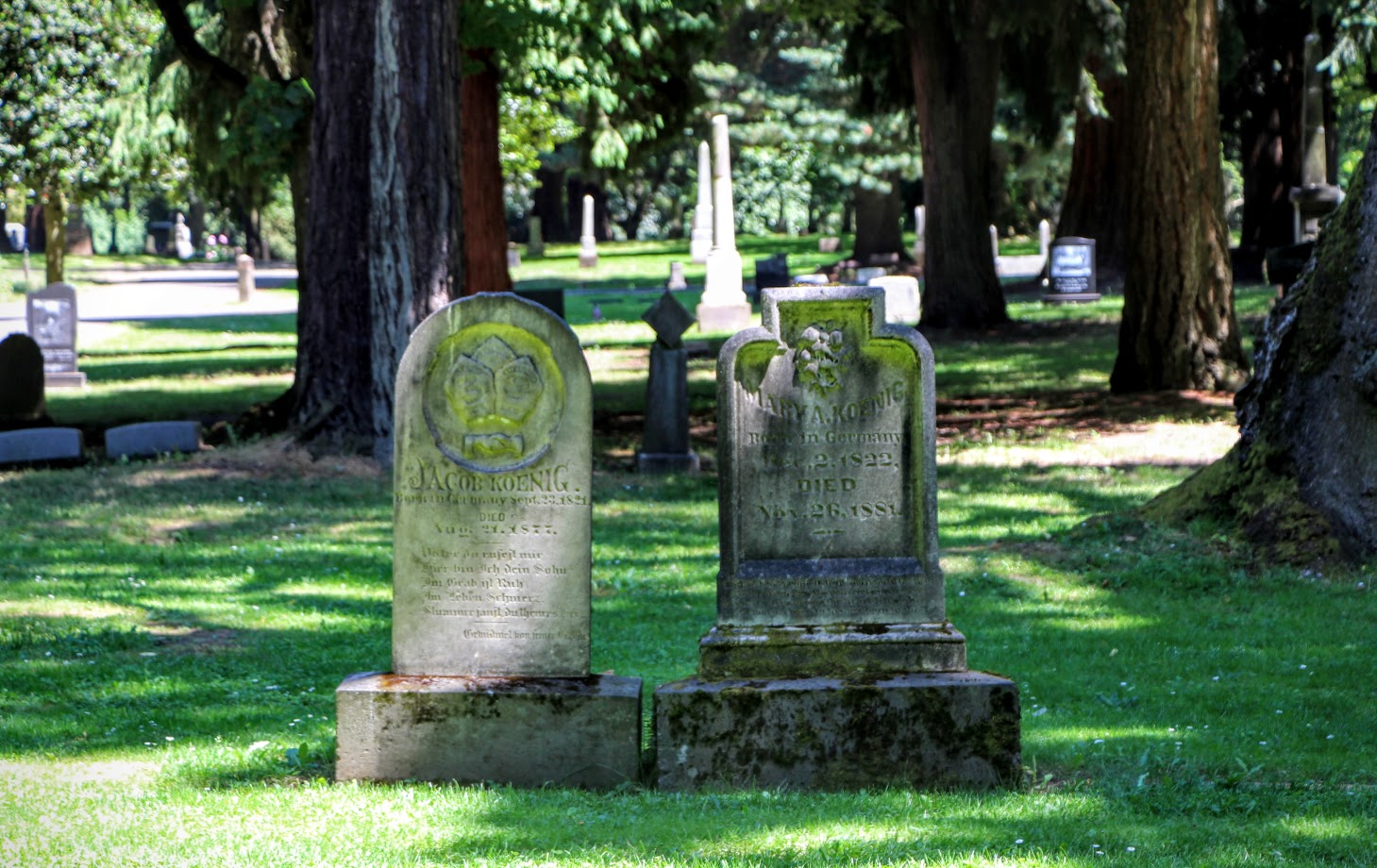