There’s just something about the Big Easy. Its grit. Its irreverence. Its joie de vivre. “If there was no New Orleans,” wrote Judy Deck to author/columnist Chris Rose in 2005, “America would just be a bunch of free people dying of boredom.” Insert mic drop here.

For Wes McWhorter, longtime cyclist and city resident, the culture of this storied metropolis has been instrumental in the creation of his Rouler cycling brand. Part repair shop, part cafe, part custom bike and apparel outlet, part community hub – everything about Rouler reflects the pulse and diversity of its native New Orleans. 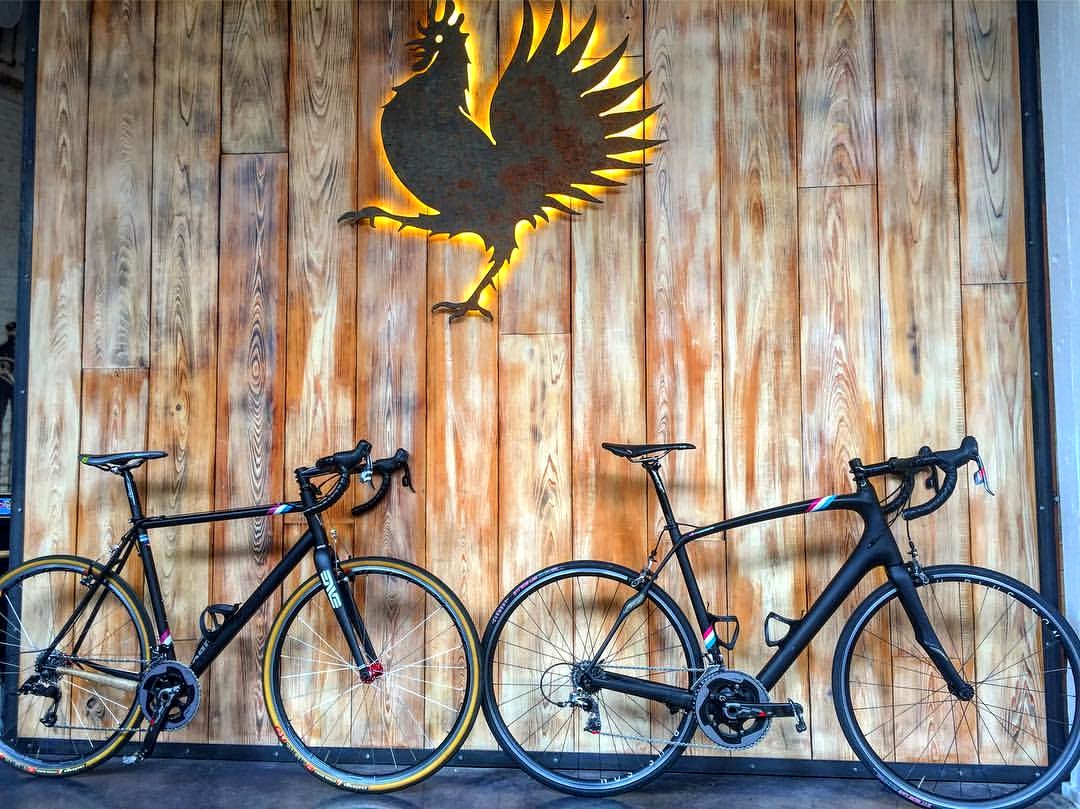 “It was an idea that came out of a ‘mountain top’ experience,” says Wes, referencing a charity bike ride from Tennessee to Louisiana that inspired the business. “We decided to build the brand in traditional cycling lore that also really embraced the physical location in which we find ourselves.”

That physical location is 601 Baronne Street, a three-storey brick corner lot situated a mere stone’s throw from the French Quarter. Its bright, airy interior is an expertly blended melange of rustic wooden tabletops and matte-black walls, tied together with just enough branded color and artwork to help remind you that yes, indeed, you’re in a bona fide bike shop.

“The decor of the cafe, the content that’s coming across the TV, the look and feel of the space itself – it’s very cycling friendly,” says Wes. “But it’s not like a pro shop.” He motions to two women in the midst of a job interview, sipping coffee beside a collage of photos that depict members of the original Louisiana Cycling Club. “I had hoped that people would take to it the way that they have,” he adds. “It’s open to everybody.” 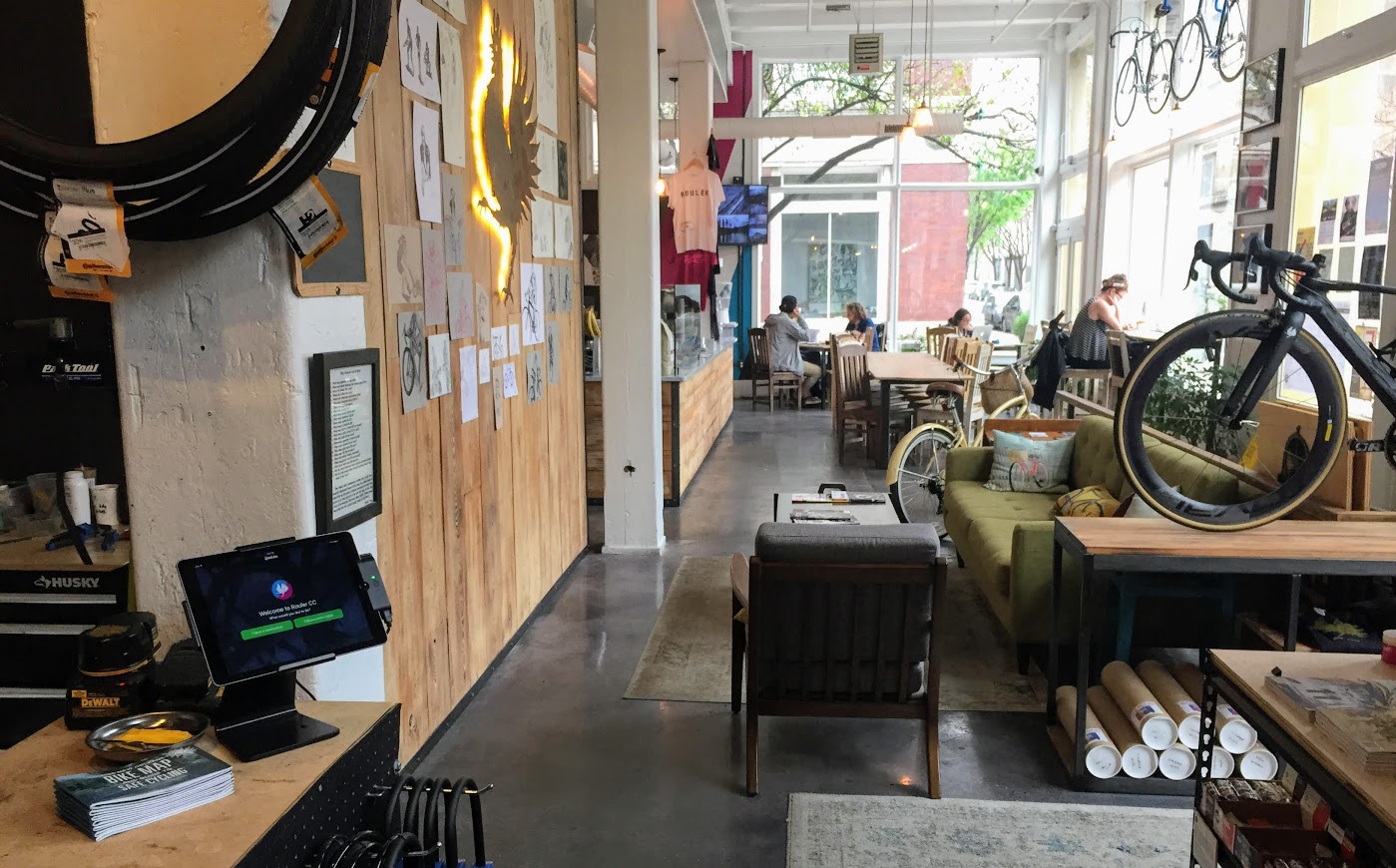 It’s this openness that perhaps best embodies the spirit of the Big Easy. Though the city still barely registers on the national cycling radar, the sense of camaraderie among cyclists here is as unmistakable as the scent of cajun gumbo wafting down Bourbon Street. There are community outings taking place every week, thanks to the efforts of groups like NOLA Social Ride; some of them consistently number in the hundreds-strong.

“New Orleans is the type of city where you can literally ride a bike all year,” says Wes. “Whether you’re a racer or not, that doesn’t matter. Something that’s central to our mission is the invitation for people to explore their world, however that may be.”

To help accommodate that exploration, Rouler has inserted itself into nearly every aspect of the cycling community here. Their cafe is strategically located on one of the city’s most popular bike lanes; they sponsor a wide range of competitive and noncompetitive events (including every cyclocross race in Louisiana); they offer bike repair and fitting services, along with in-house riding apparel, skin care products, and a selection of custom-built bicycles; there’s even a handful of custom rental bikes available through Spinlister Pro, giving visitors a chance to get in on the action.

“People are surprised to discover that the bikes are our own brand, our own design,” says Wes. “And oh man, are these things fast and light and fun. Being able to associate ourselves with the Spinlister tech platform helps legitimize our rental program, and gives us greater access nationwide to people in the cycling network.” 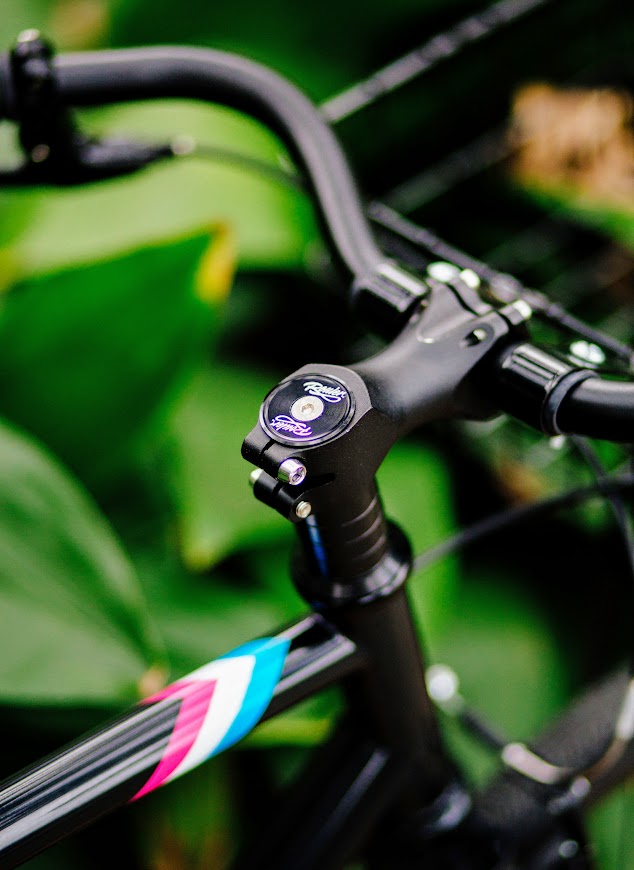 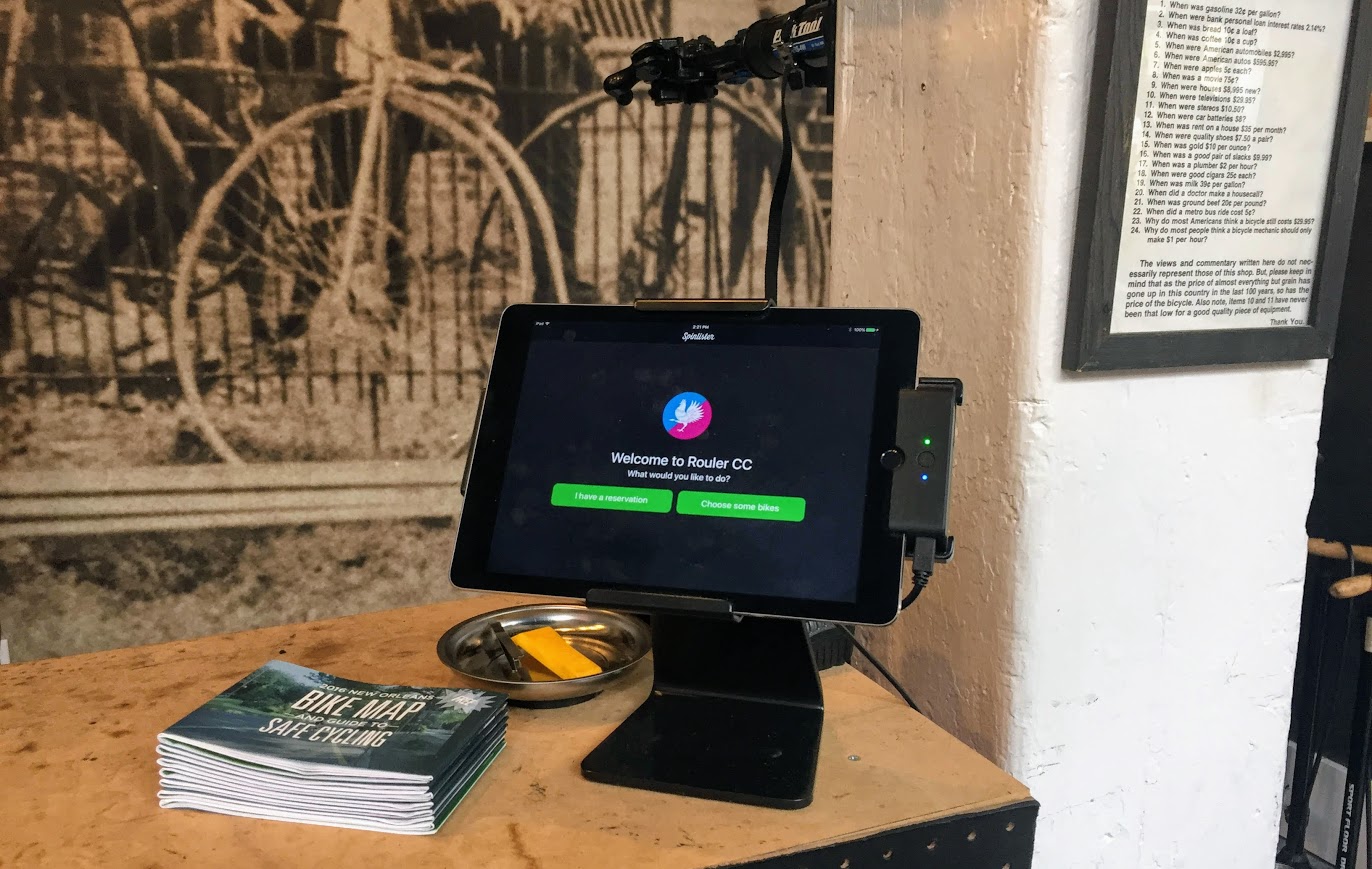 With better access comes the opportunity to expand not only Rouler’s presence but, by association, New Orleans’ own unique cycling culture as well. It’s an alignment of personal and professional interests that Wes describes as “a lifetime in the making,” and one that he hopes will have far-reaching impacts. Literally.

“Ultimately, when people come into this space, I want them to understand that our main objective is to get them out into the community,” he says. “It’s a really bikeable town, and frankly, we want to use cycling to help promote the cultural beauty and diversity of New Orleans.” As it turns out, sitting atop one of Rouler’s stylish, comfortable rides, that’s a goal many city dwellers here are all too happy to get on board with. 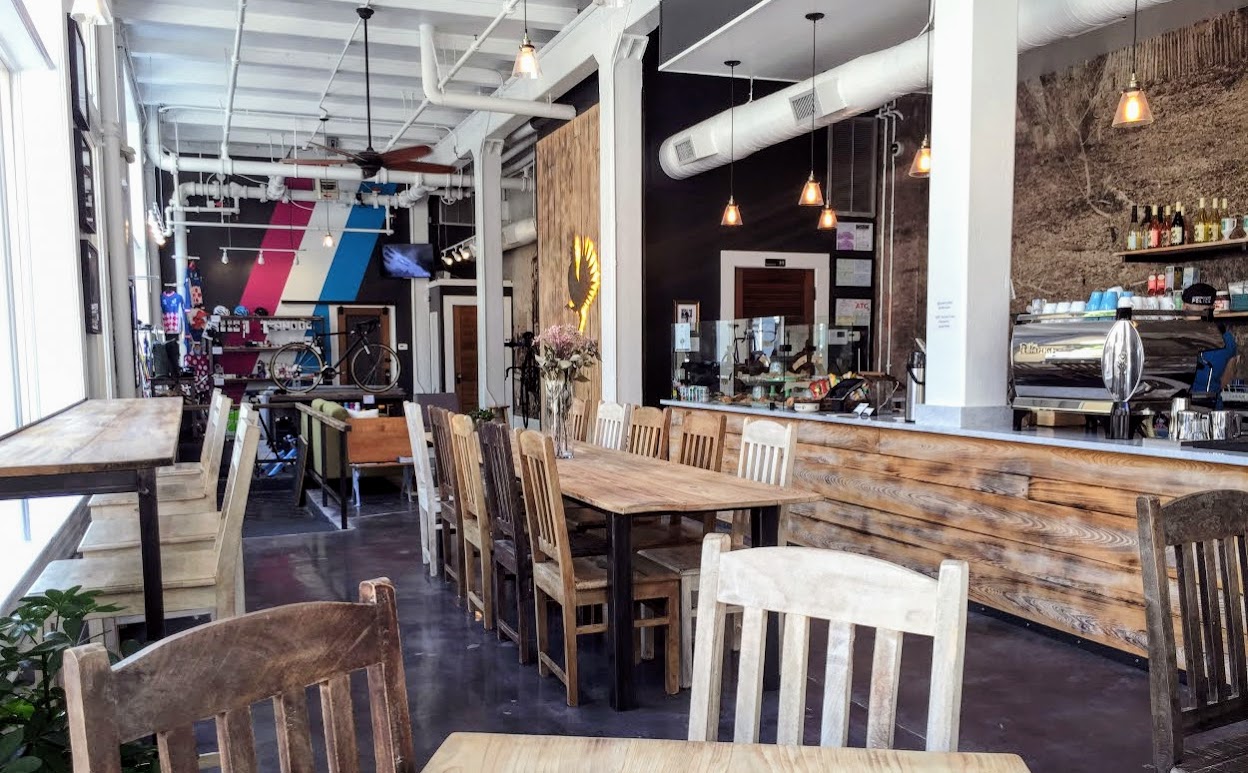 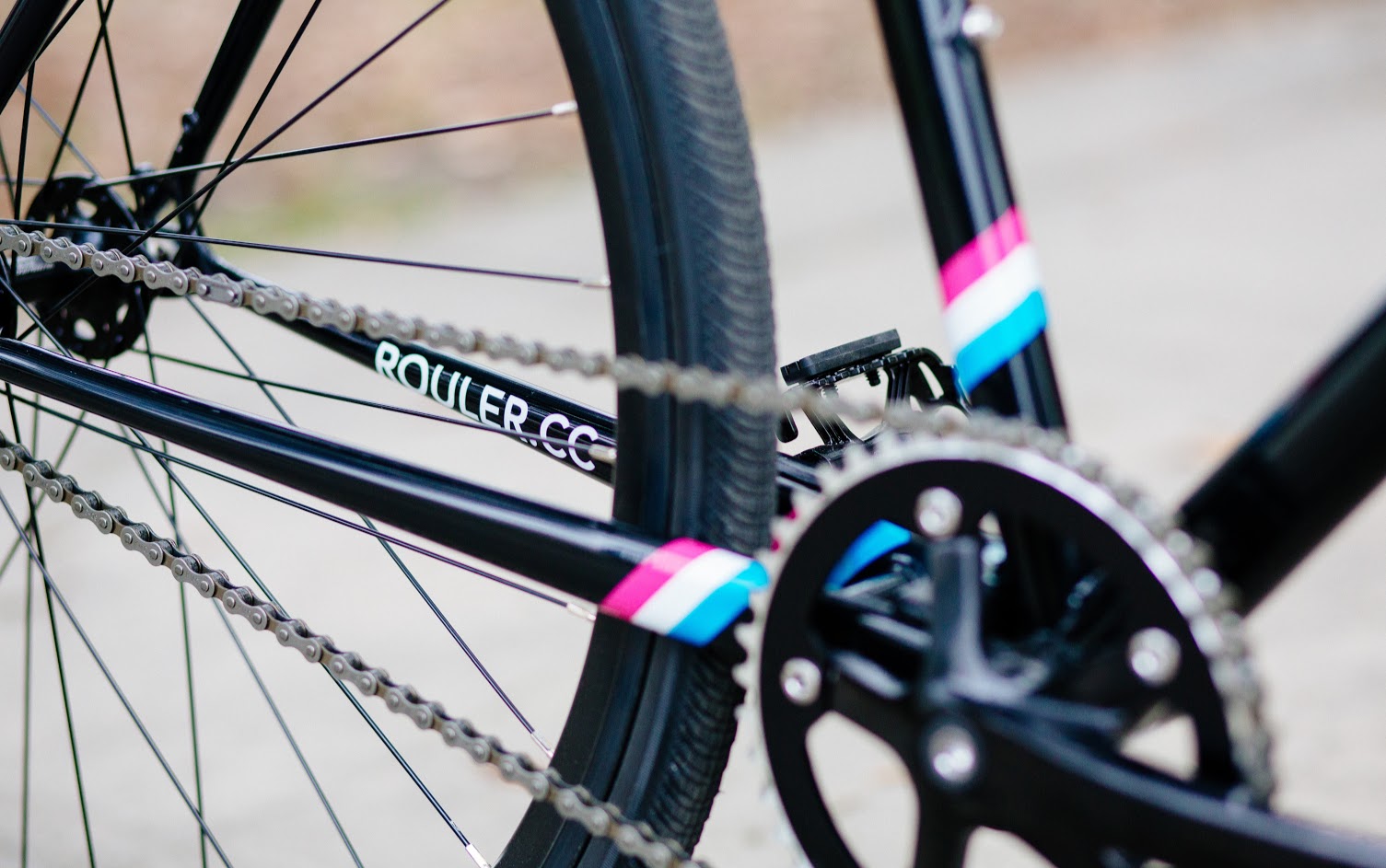 John Wachunas
John Wachunas directs content development and social media marketing at Spinlister. He is an avid traveler and published travel writer, as well as a co-founder and former content director at Embark.org.
Previous Post Getting Personal: How Seattle’s Montlake Bicycle Shop is Changing the Rules on Customer Service Next Post The Memphis Bicycle Shop That’s Turning a City Back Into a Community