Just across the bay from downtown San Diego lies one of the county’s most secluded beaches – and 12 miles of pure cycling bliss.

Coronado may best be known for its resort hotels and massive naval supply complex, but it’s the sandy tombolo connecting the island to the mainland that ought to merit your most immediate attention. Here you’ll find the Silver Strand Bikeway: a stretch of segregated asphalt that follows State Route 75 from the Coronado Yacht Club in the north all the way around the southern tip of the San Diego Bay. 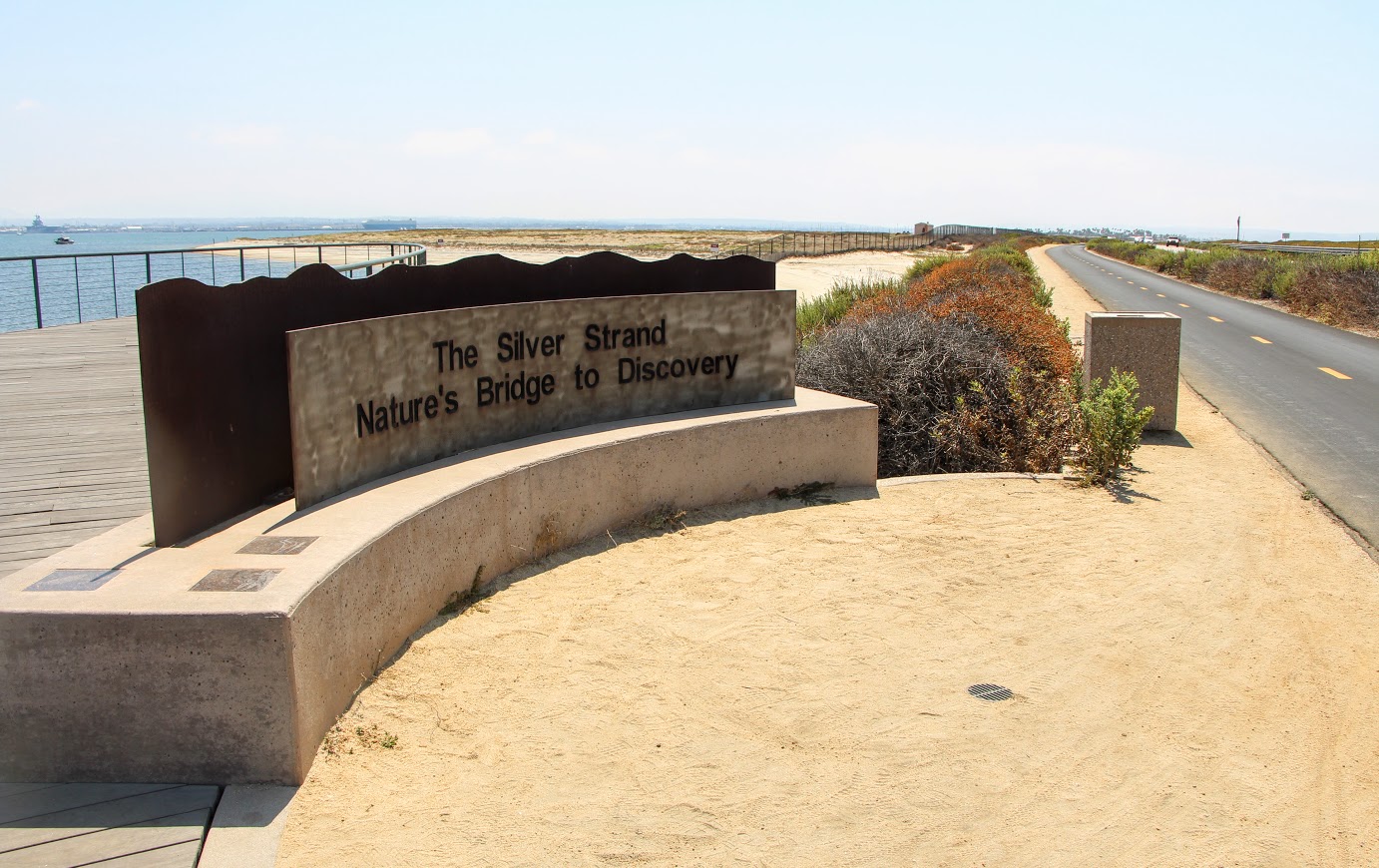 For the most part, the trail is relatively straight, flat and impeccably well maintained – making it  ideal for riders of all skill levels. To the west, cyclists are afforded occasional prolonged glimpses of the Pacific Ocean above the native SoCal shrubs and sand dunes, while to the east the calm waters of the city’s National Wildlife Refuge offer a scenic, watery backdrop to the ride. You can even supplement your adventure with a quick saltwater swim, thanks to a pedestrian-friendly intersection at the entrance to Silver Strand Beach. 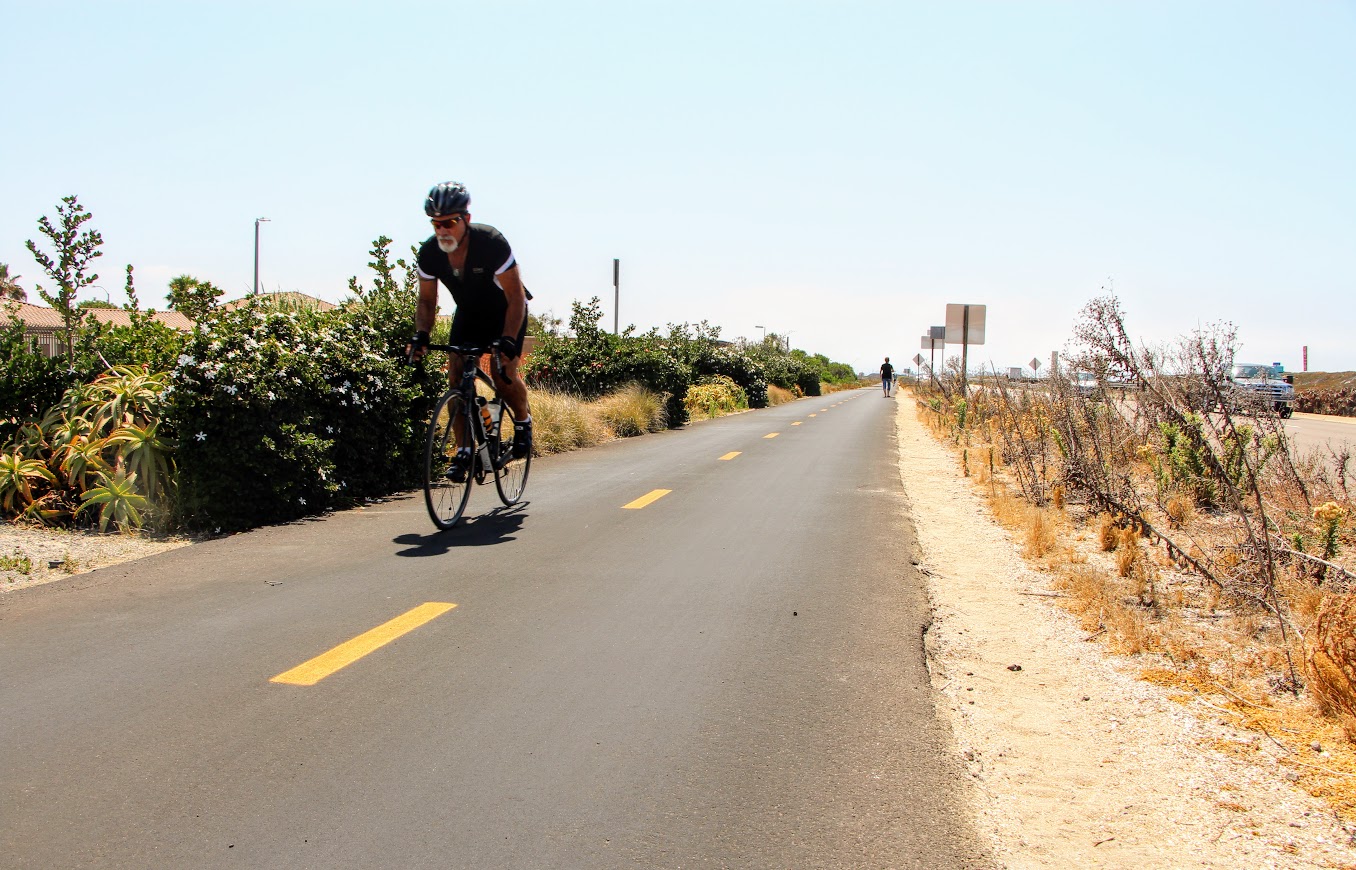 Once you’ve arrived in Coronado, the path continues along the western edge of the island, albeit through significantly more upscale surroundings. A series of well marked on and off-street bike lanes guides cyclists past luxurious homes and the city’s municipal golf course. You’ll even be treated to some up close and personal views of the Coronado Bridge along the way. 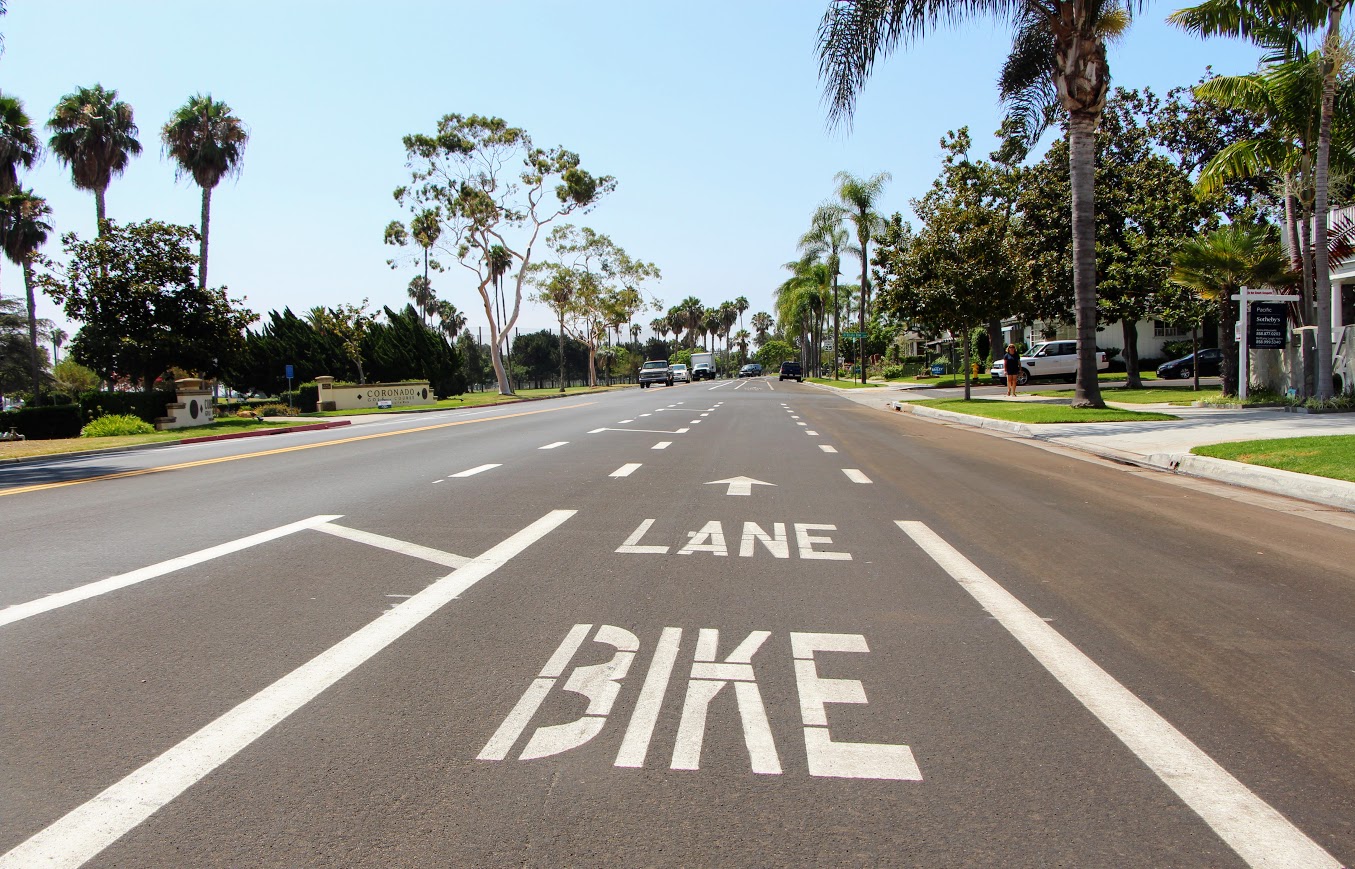 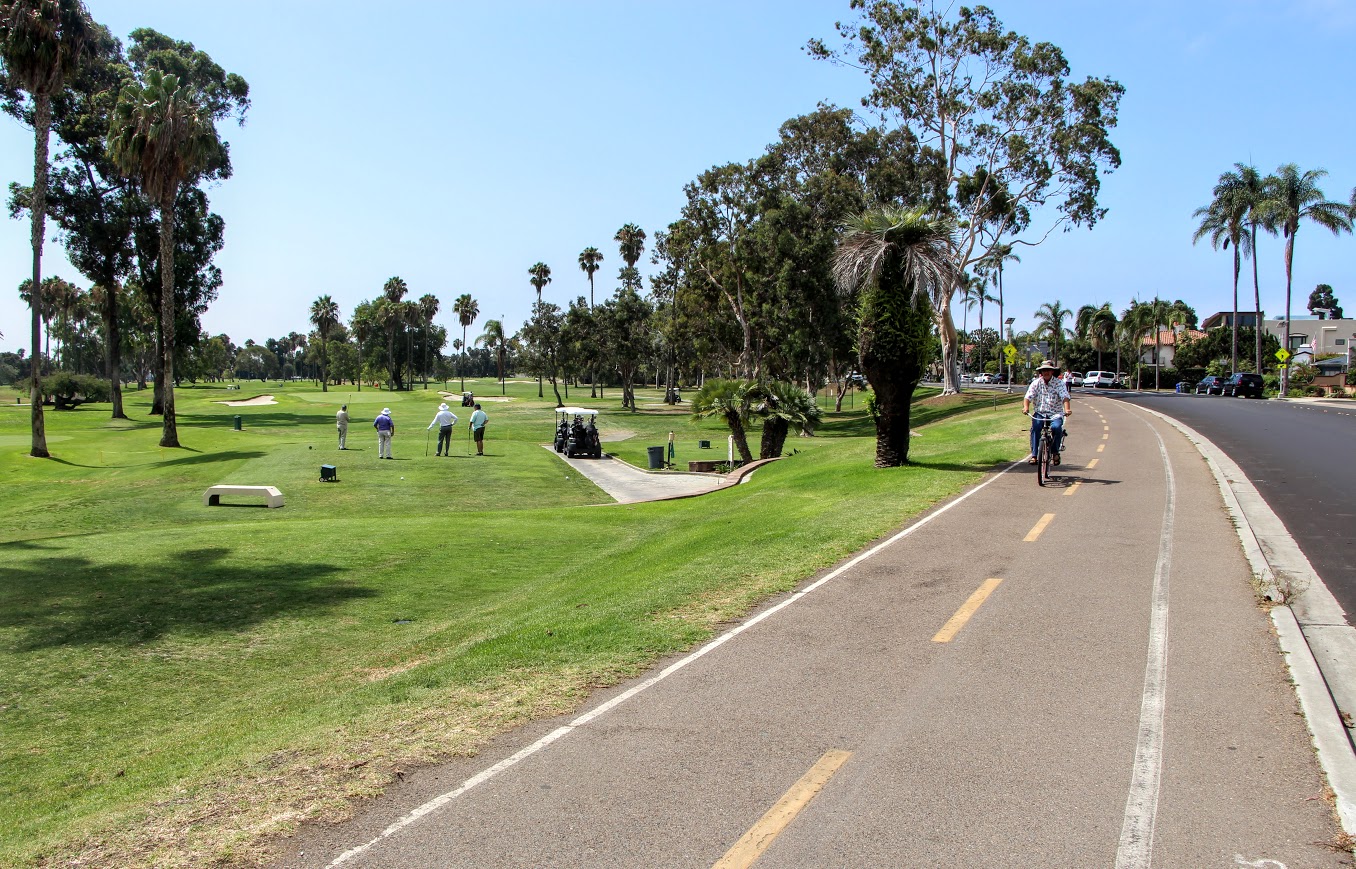 By the time you’ve arrived at Orange Ave, the city’s main thoroughfare, the smattering of quaint shops and restaurants will likely seem like a fitting (and refreshing) reward for your efforts. If not, however, there’s always the titular Coronado Beach, which is consistently ranked among the best shorelines in the US. In fact, it held the title all to itself as recently as 2012. 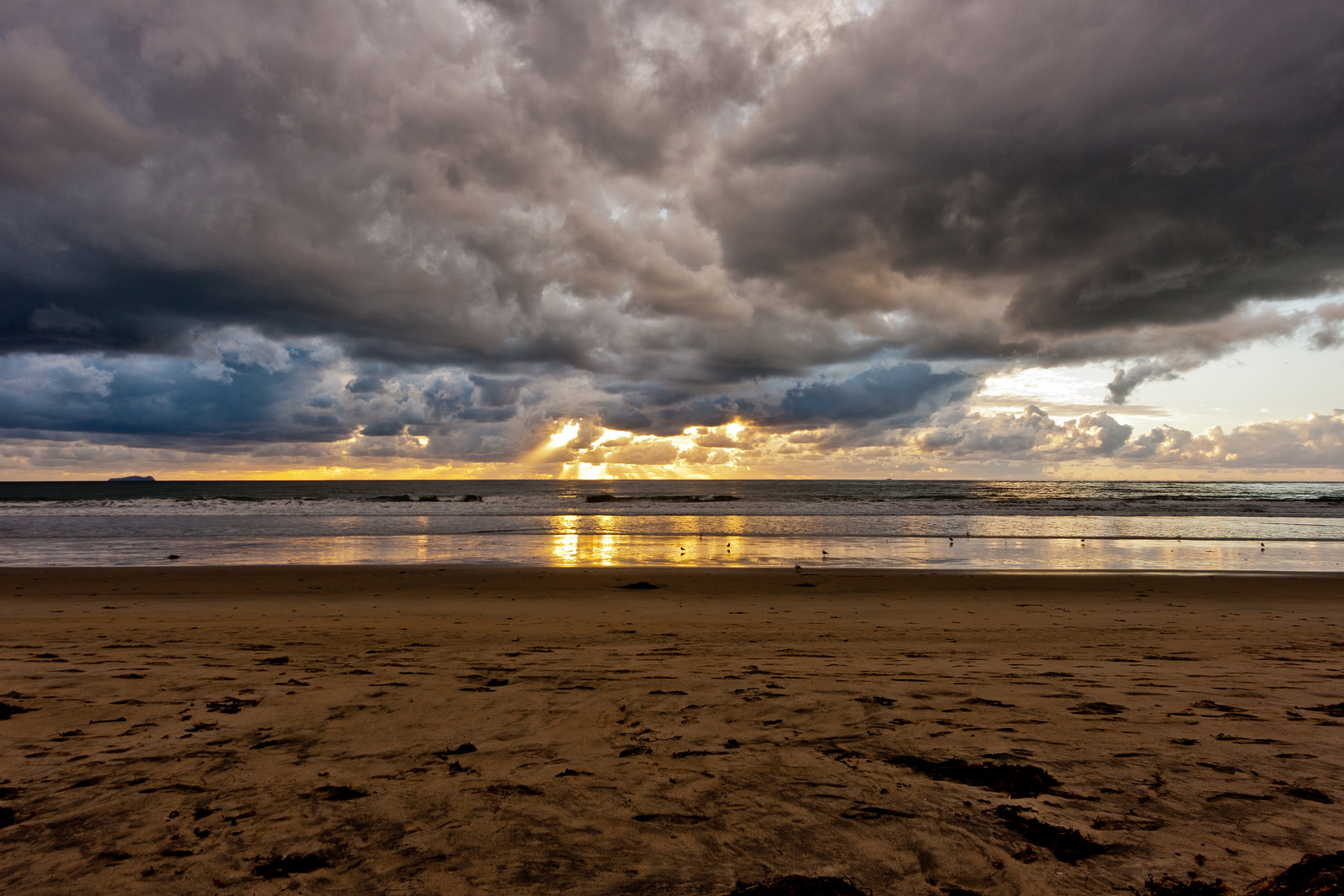 Now for the most important piece of the puzzle: the logistics. Unless you’ve either got a car/rack or are planning a 40+ mile there-and-back-again loop through Chula Vista, you’ll likely find yourself in need of a ferry ticket to Coronado. And as luck would have it, San Diego has you covered. Depending on which pier you choose (Broadway or the Convention Center), outbound ferries depart daily from approximately 9am – 9pm every 30 or 60 minutes. Inbound ferries follow nearly the same schedule, and you can find a full list of times and prices here. 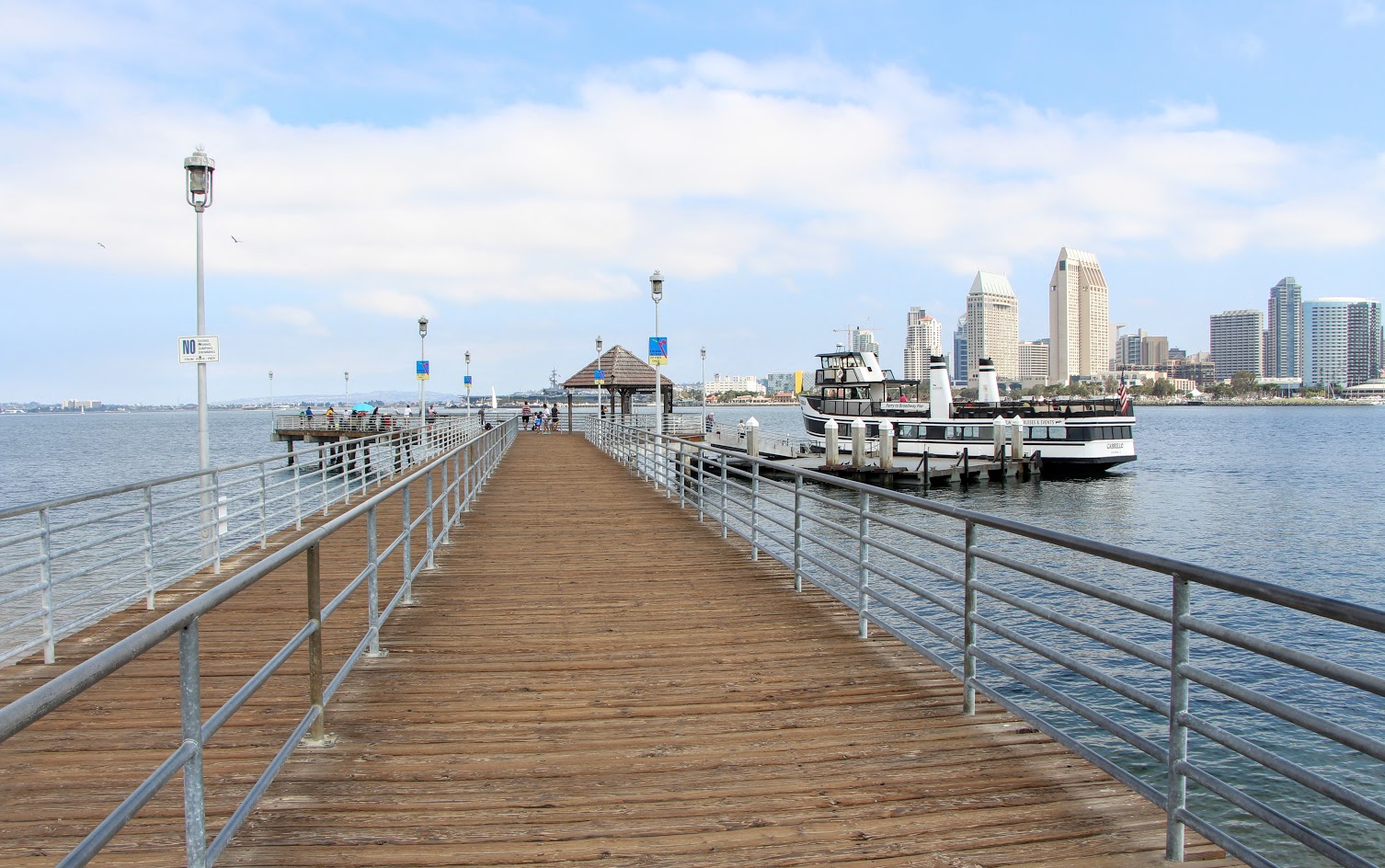 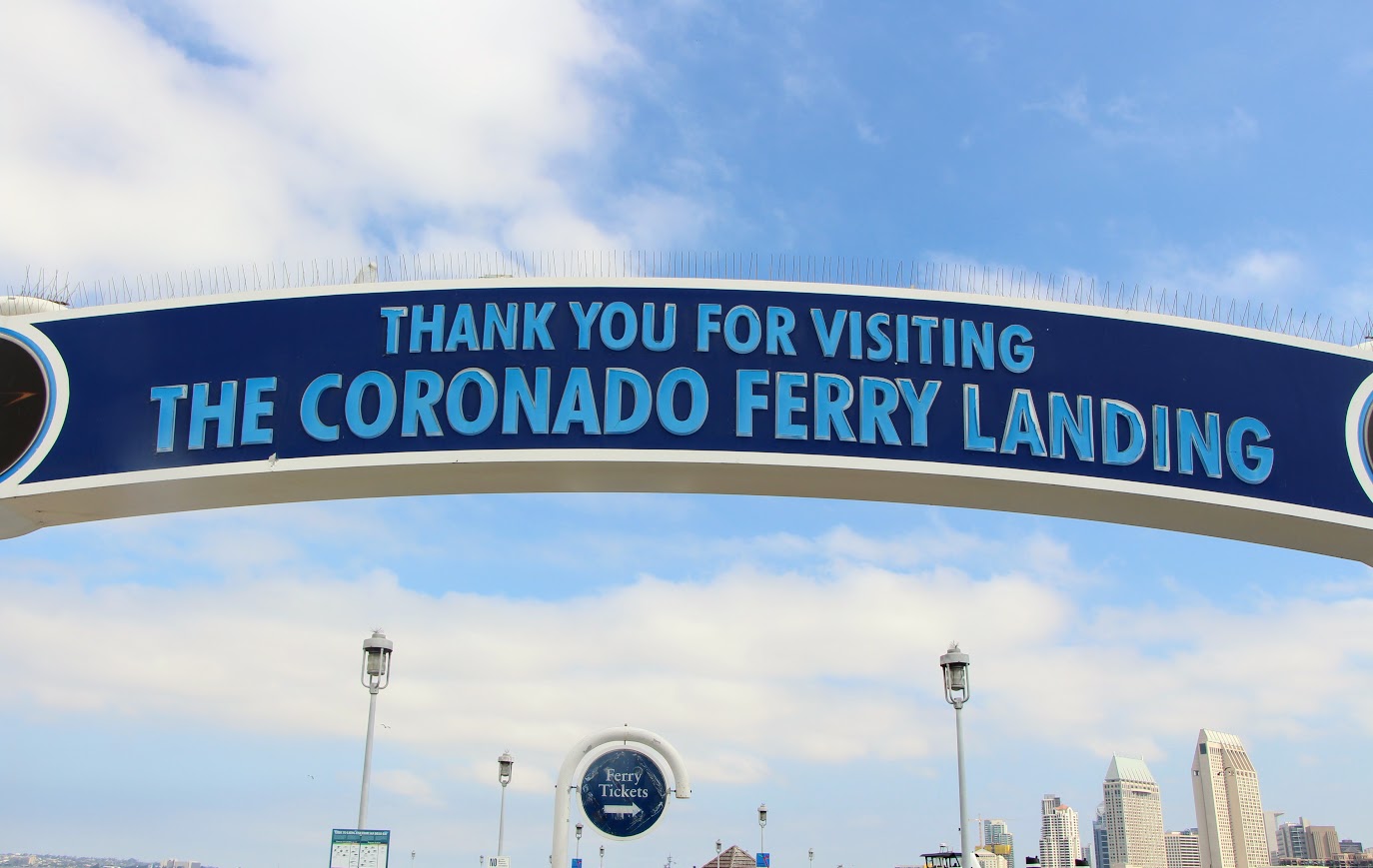 And since bikes are welcome on board at no extra cost, there’s no reason to deprive yourself of one of the single best bike trails you can find this close to the US – Mexican border. 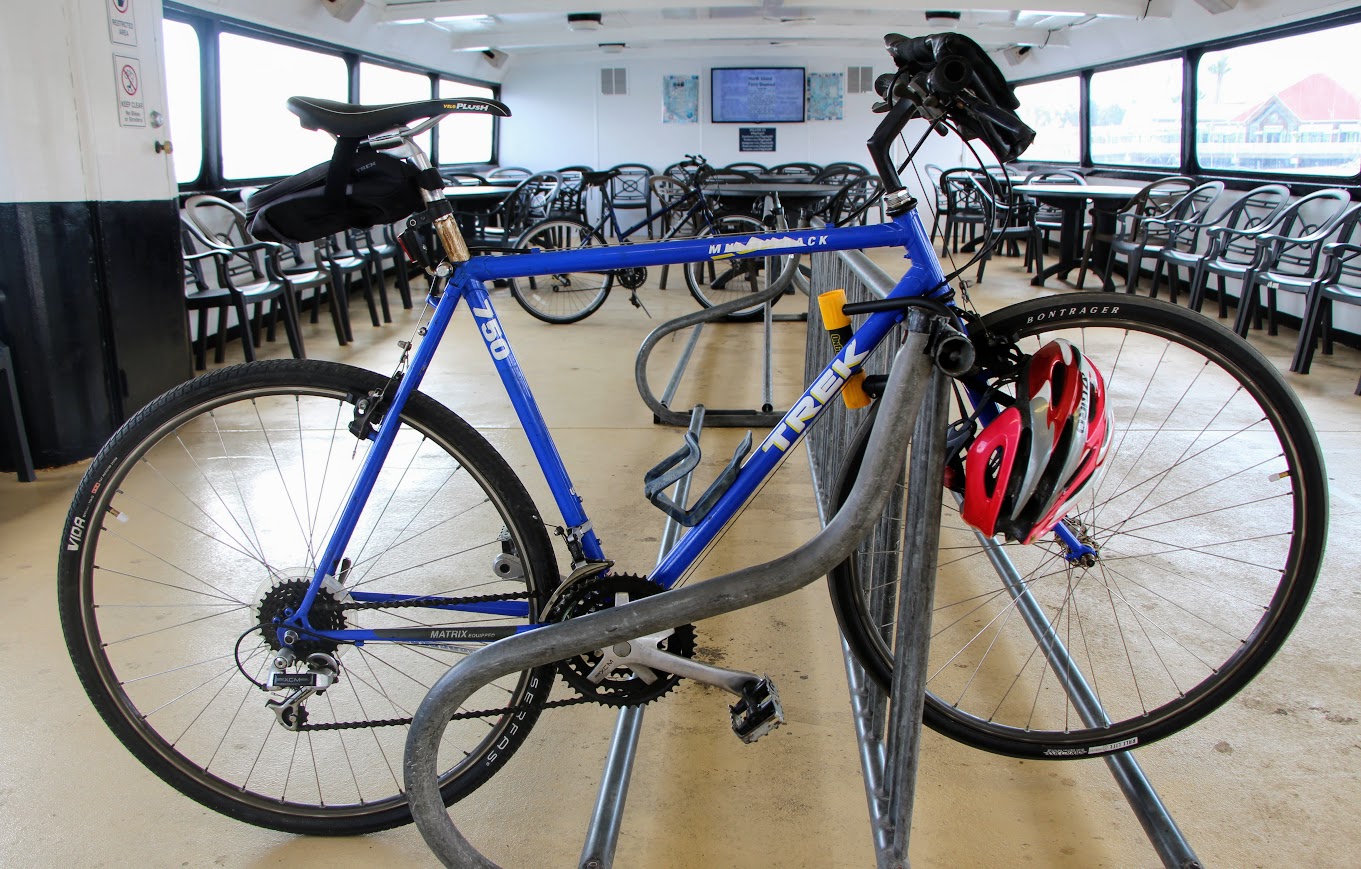 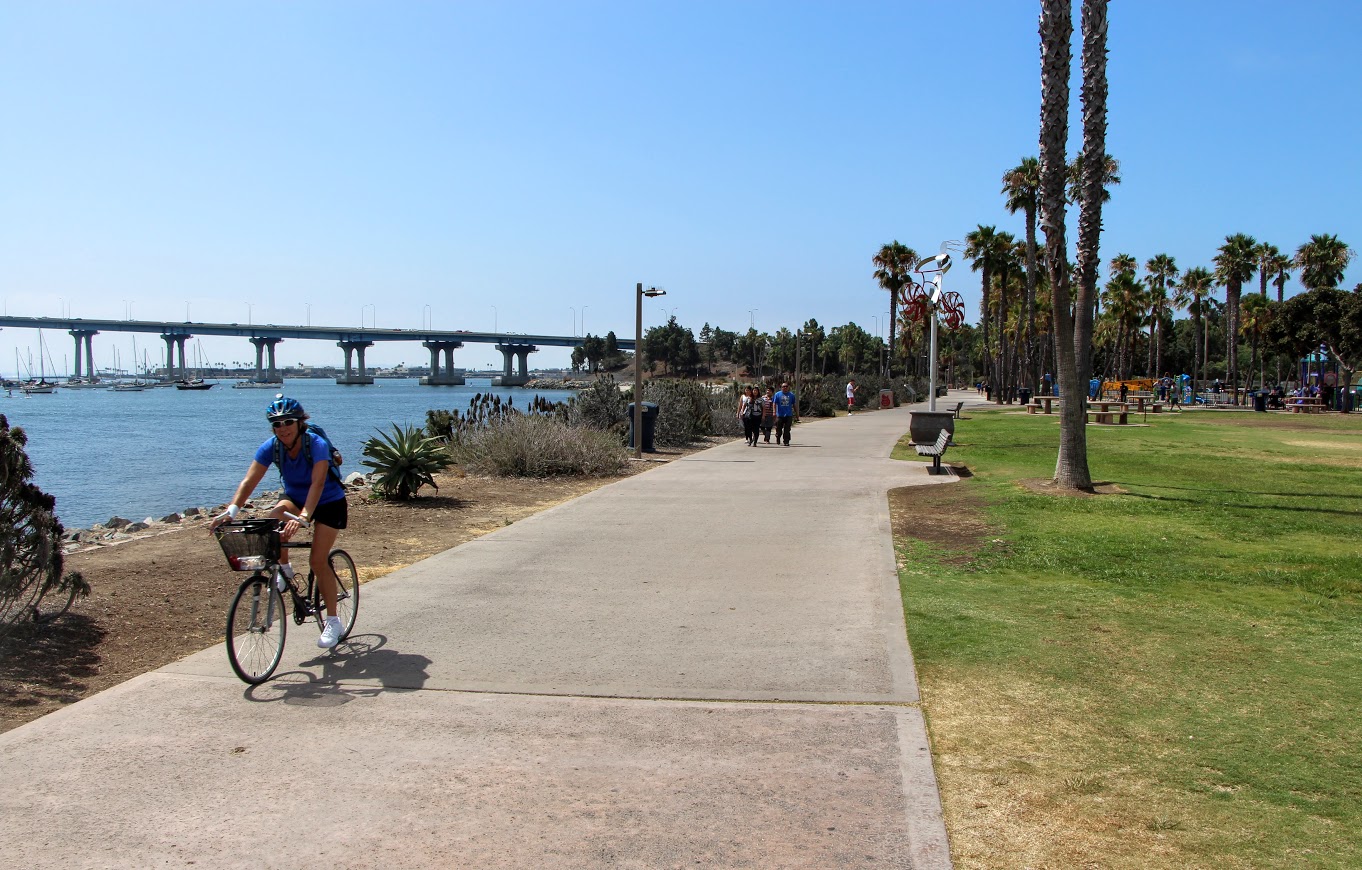 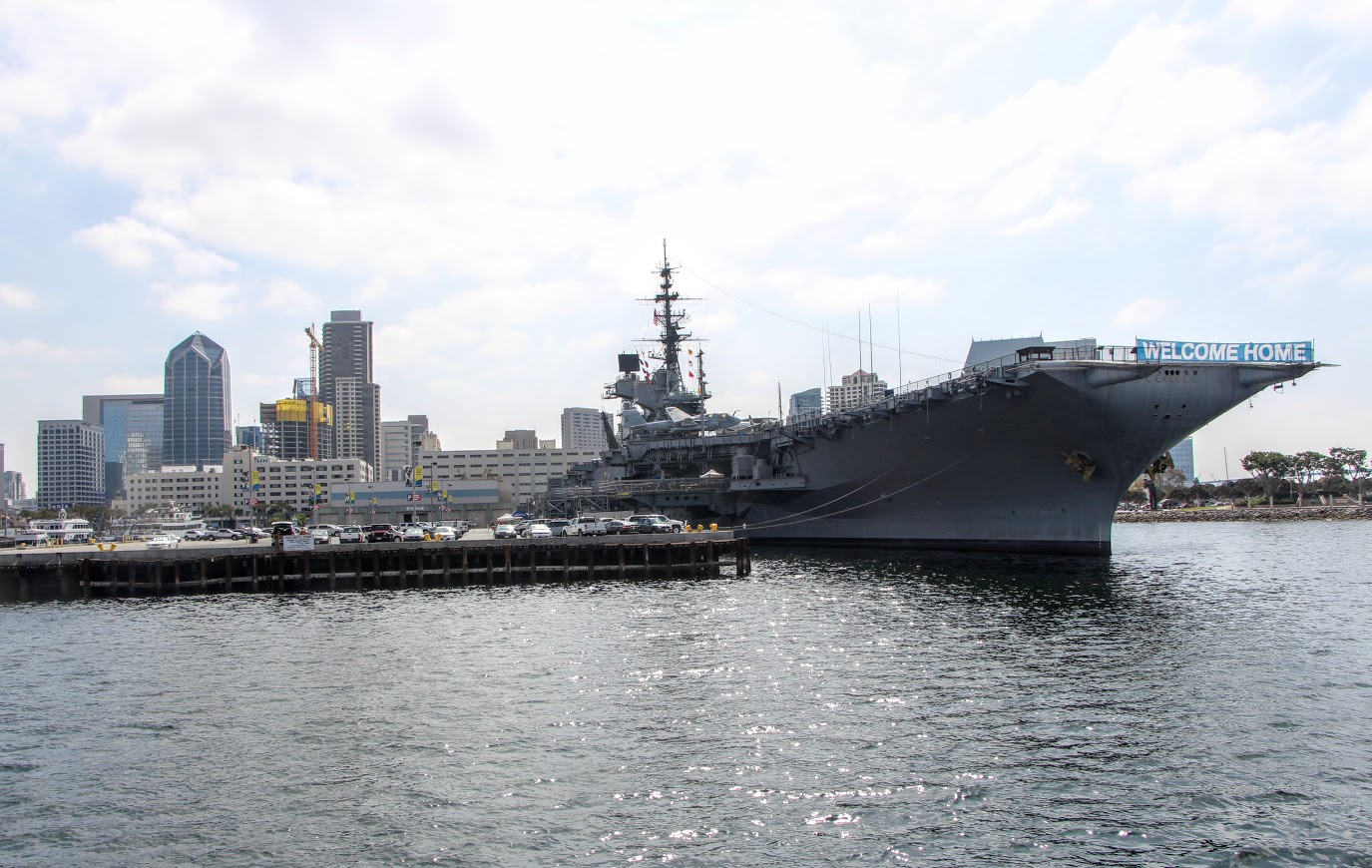