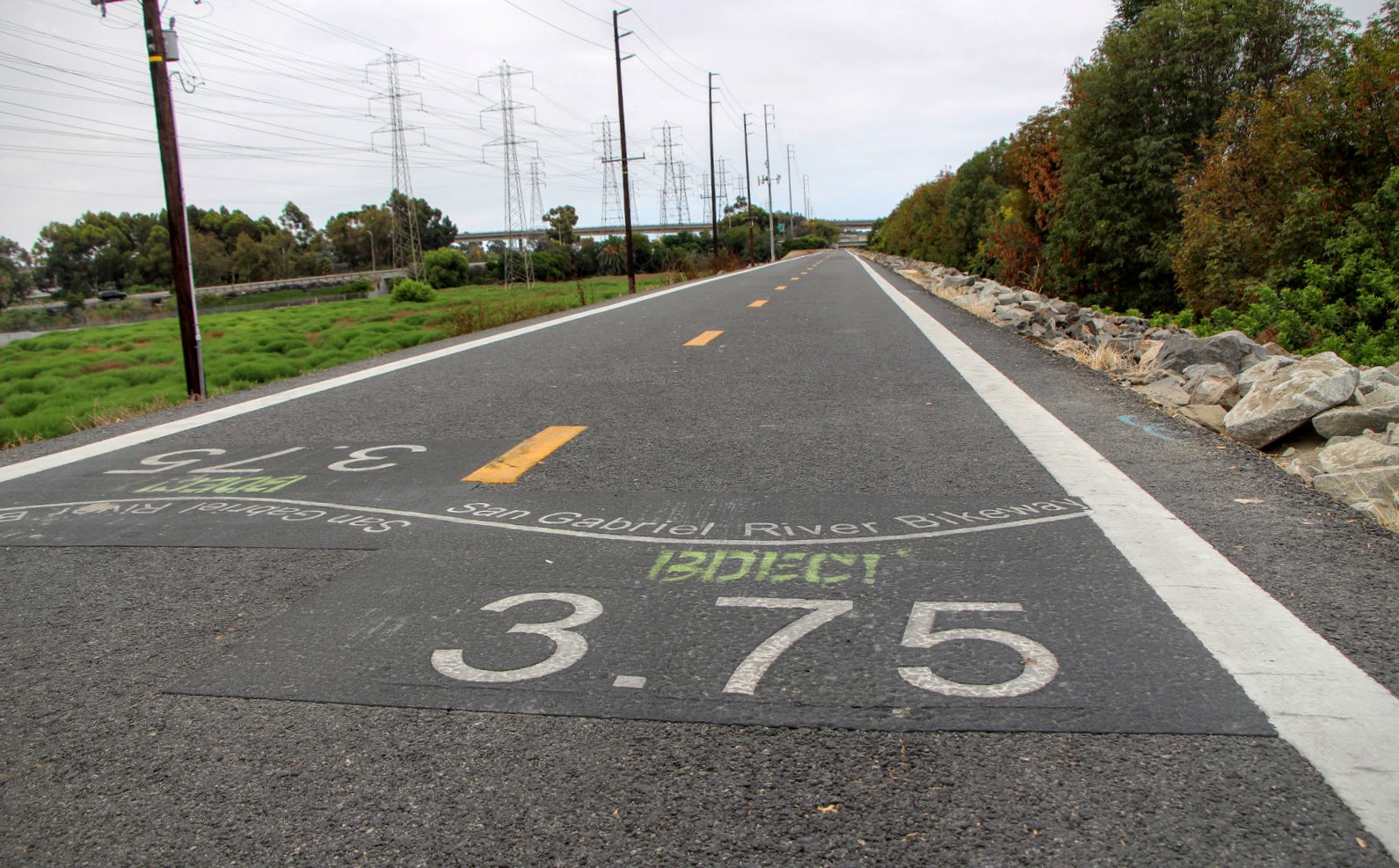 That’s the distance you’re free to ride, unencumbered, between the base of the San Gabriel Mountains and the shores of the Pacific Ocean. It’s a bike path that many residents would rank among the best in Los Angeles, and a reminder that even here, amidst a sea of concrete and industry, urban sprawl isn’t without its hidden reprieves.

We’re talking, of course, about the San Gabriel River Trail. 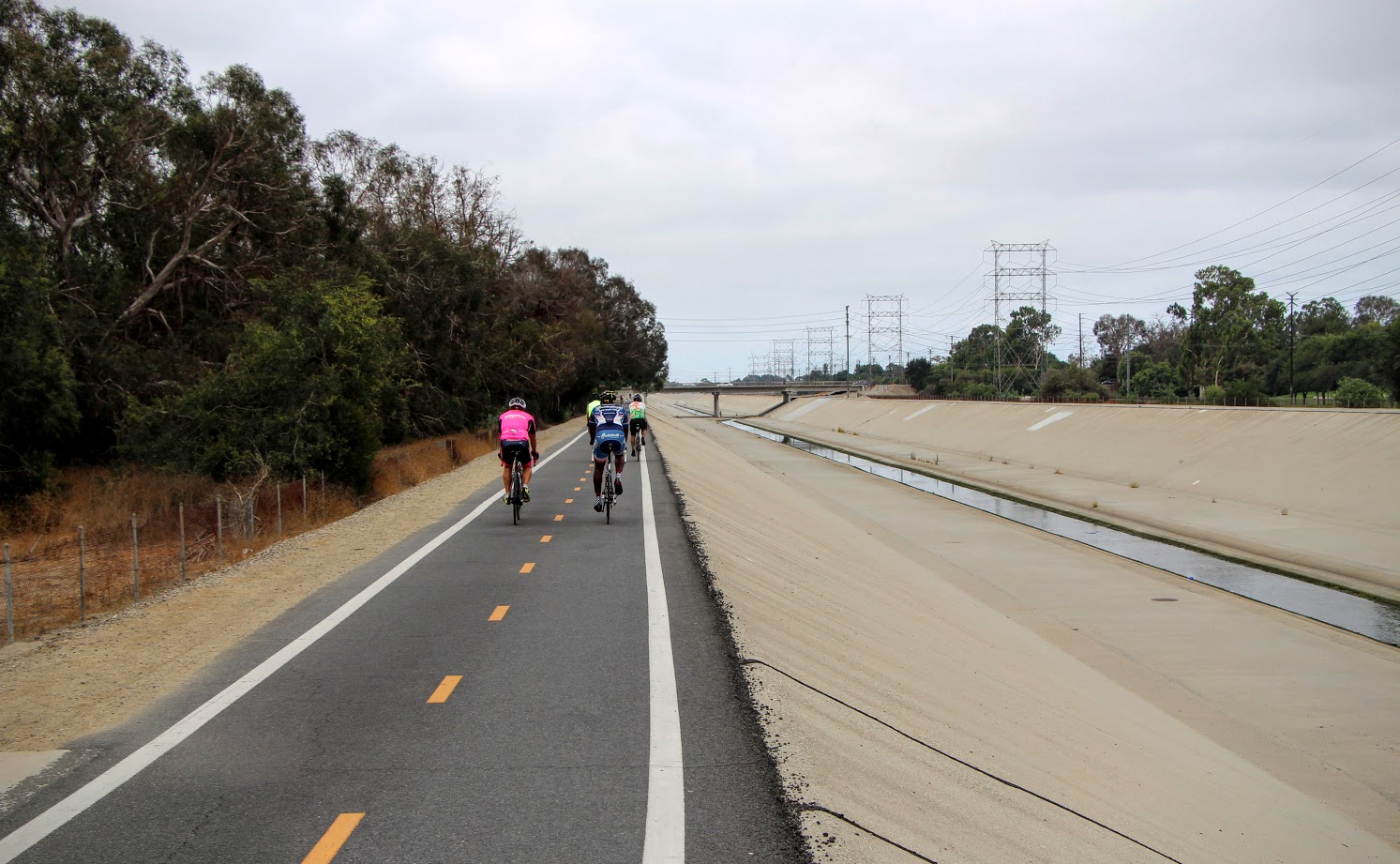 One of the first things you’re likely to notice about the greenway is its condition. Jointly maintained by the city of Long Beach and the LADPW, the asphalt here is some of the cleanest and best marked in the city. This is particularly true from Seal Beach to Downey, although there’s an ongoing project to resurface the entire length of the trail. Even where the tarmac has faded from black to ash-white and the dividing lines have been bleached of their definition, the ride is still remarkably smooth. It’s a classic case of performance over aesthetics, and you’ll get no complaints from us. 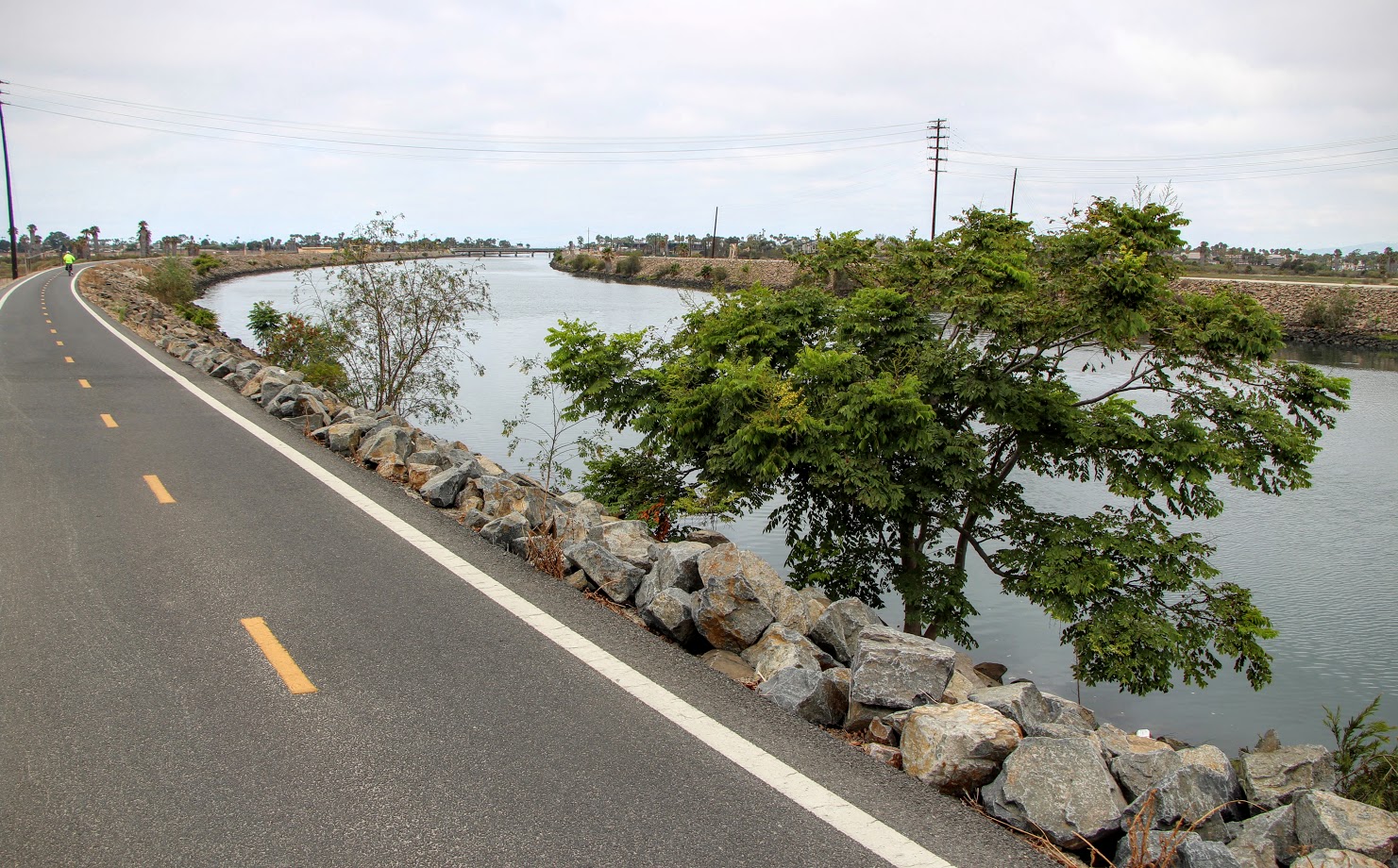 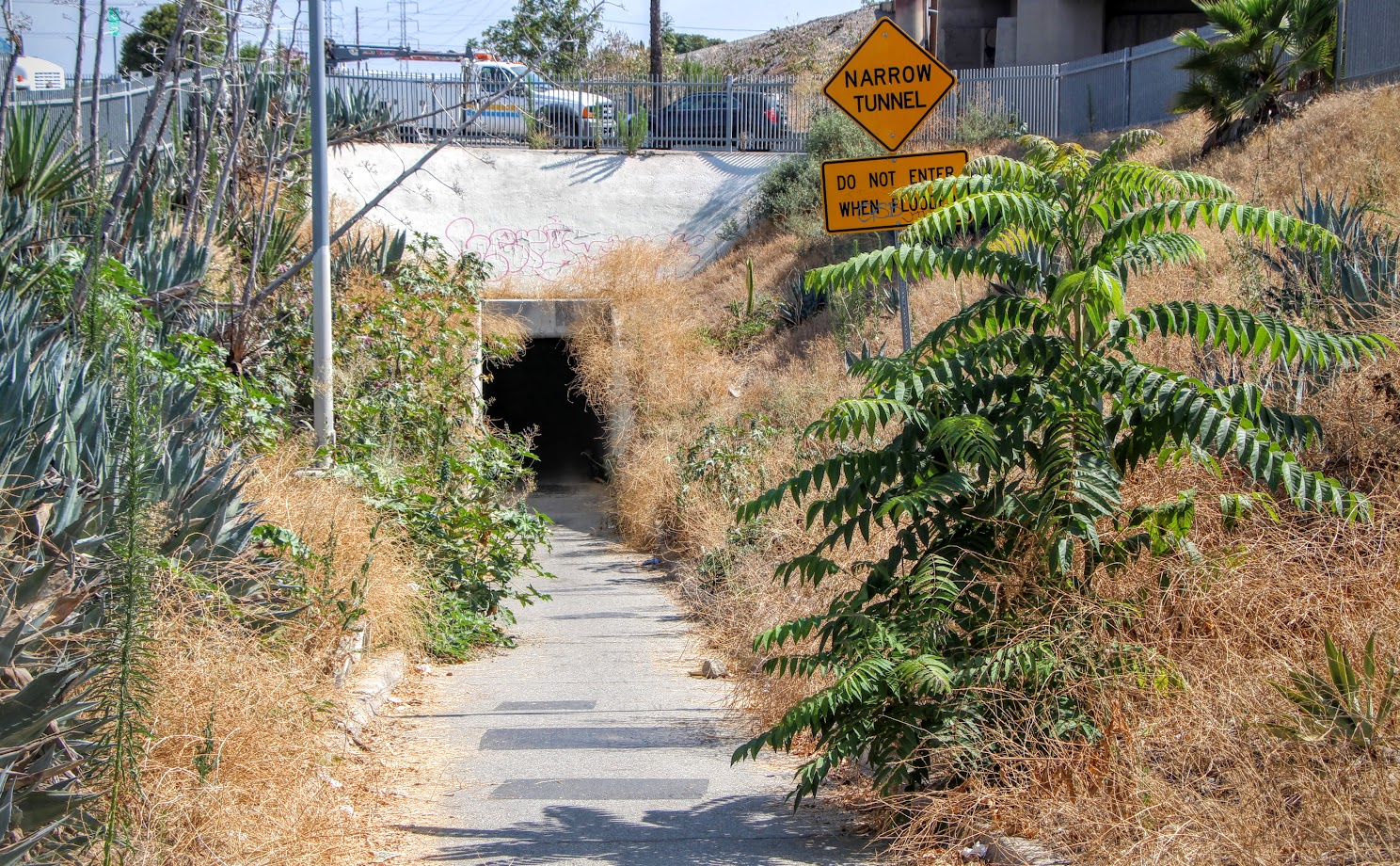 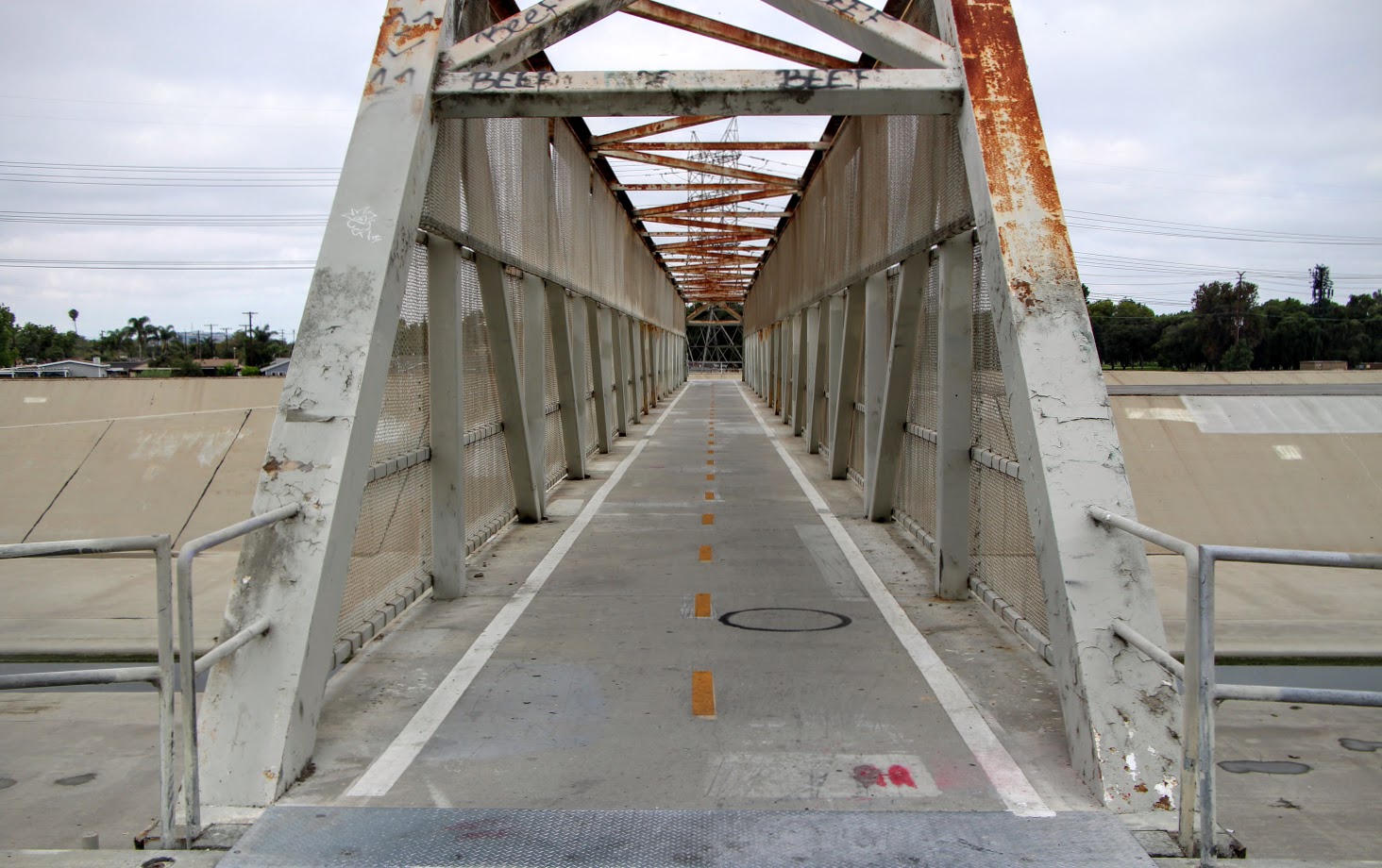 Speaking of aesthetics, the scenery along the San Gabriel River Trail provides a raw and unapologetic look at the geography of 21st century Los Angeles. In the northern suburbs of Irwindale and El Monte, where the mountains loom in rugged grandeur on the horizon, it’s almost possible to reestablish that elusive communion with nature that’s so rare in this sun-drenched megalopolis. You’ll find it most prominently on display in recreational areas like the Santa Fe Dam and Whittier Narrows. 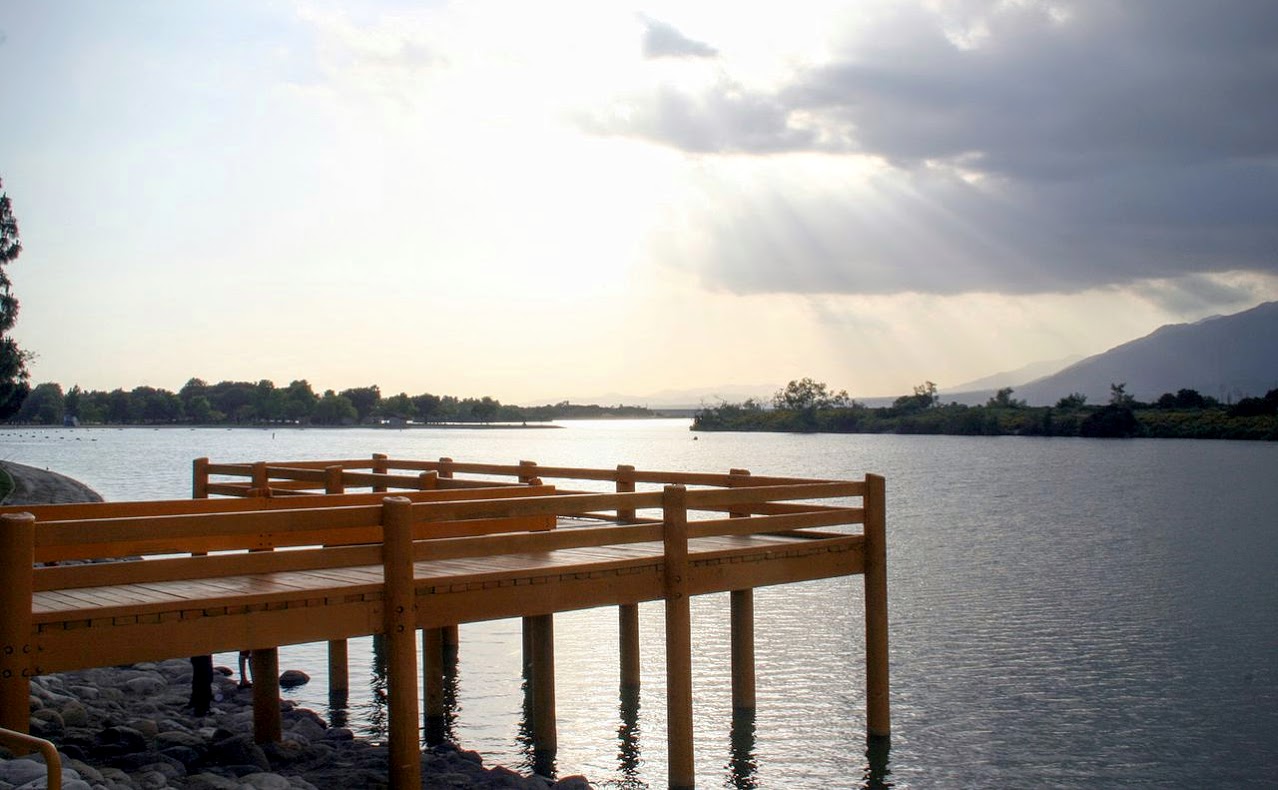 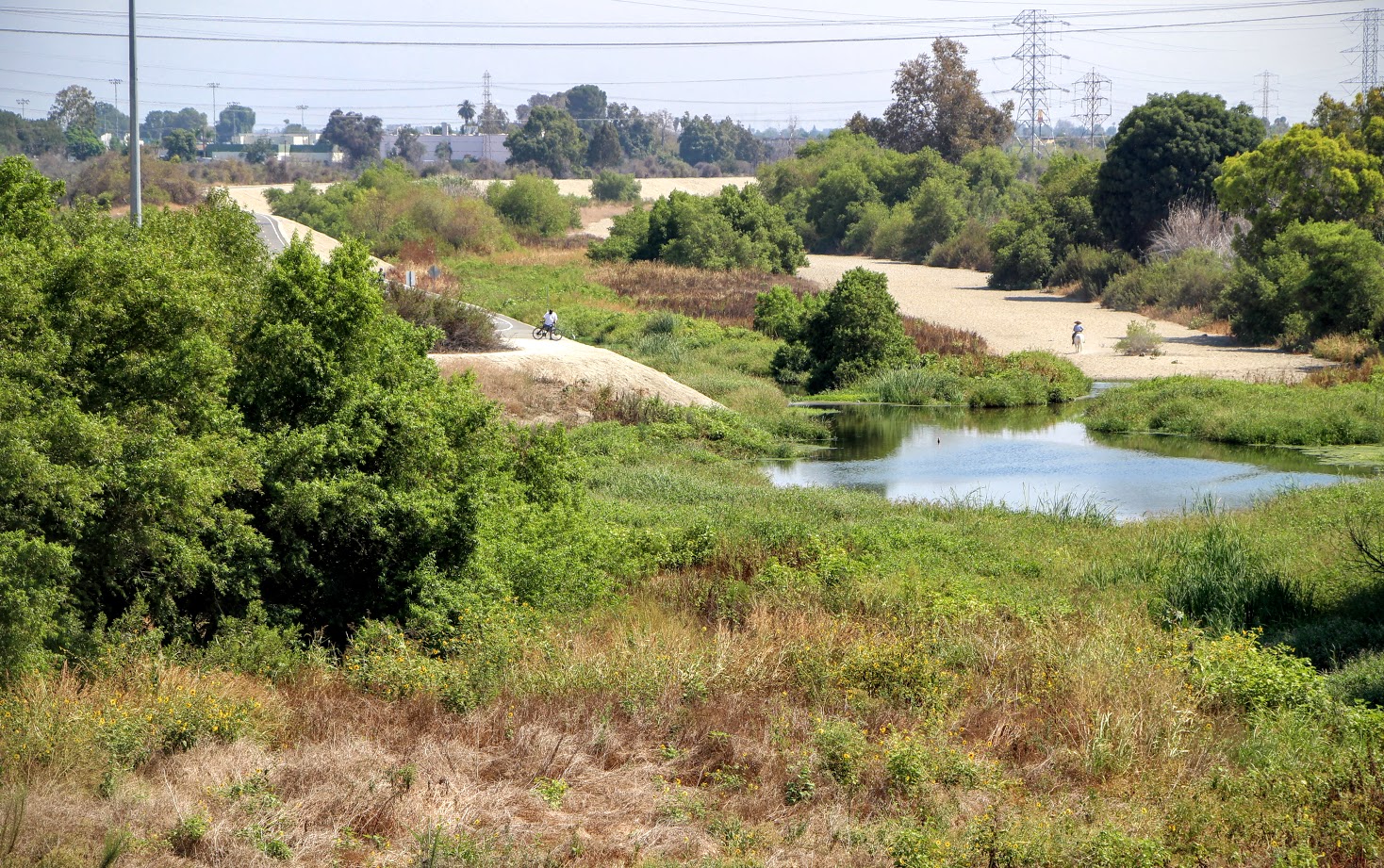 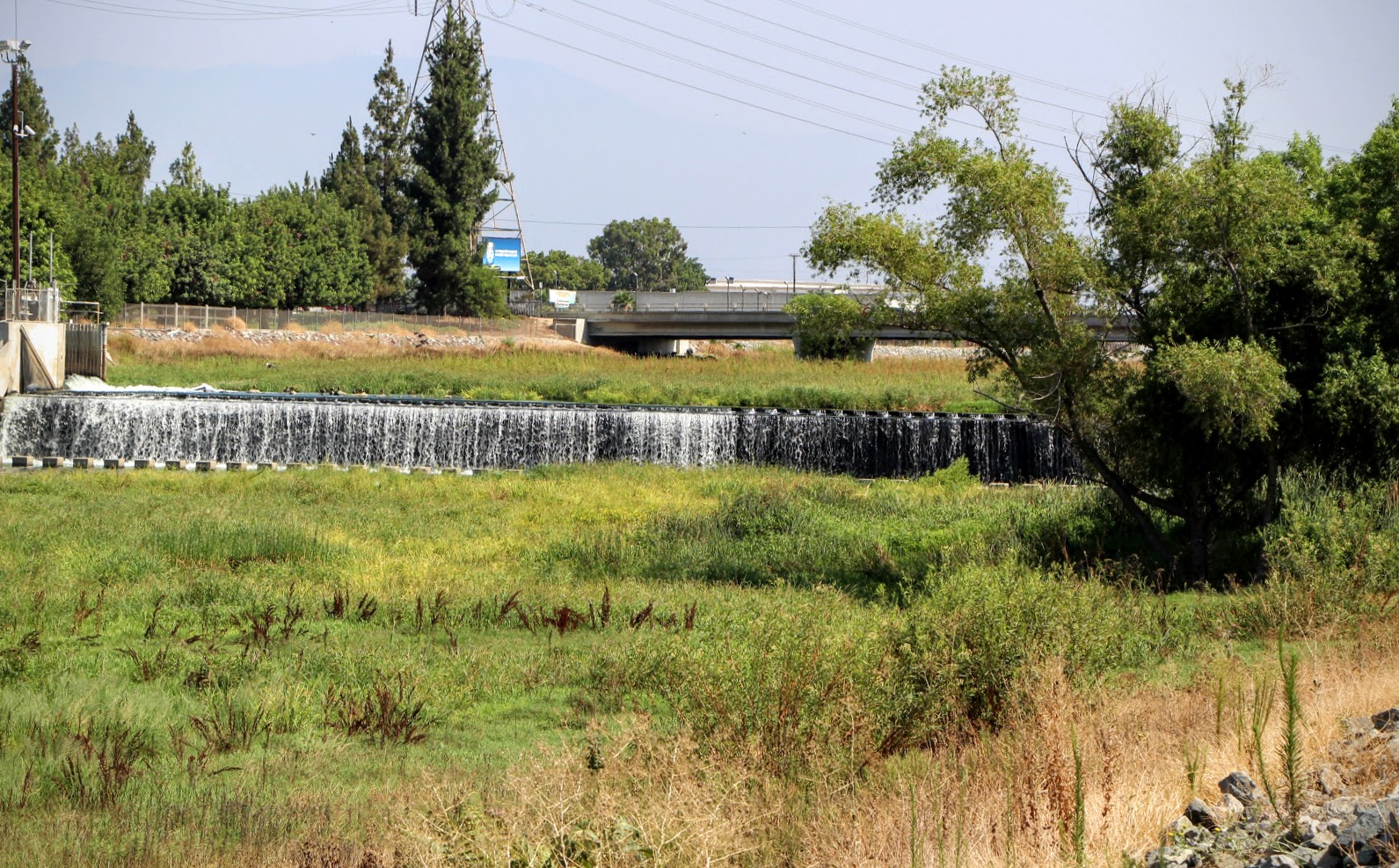 To the south, however, the atmosphere takes a decisive turn for the dystopian, where water reclamation plants and high tension wires line a concrete-laden river bed almost deprived of a current. There’s an unconventional beauty to be found here among the prosaic neighborhoods and ramshackle horse stables, as if you’ve stumbled upon some forgotten channel of urban existence. There’s also no shortage of miles in which to wax philosophic about the whole thing. 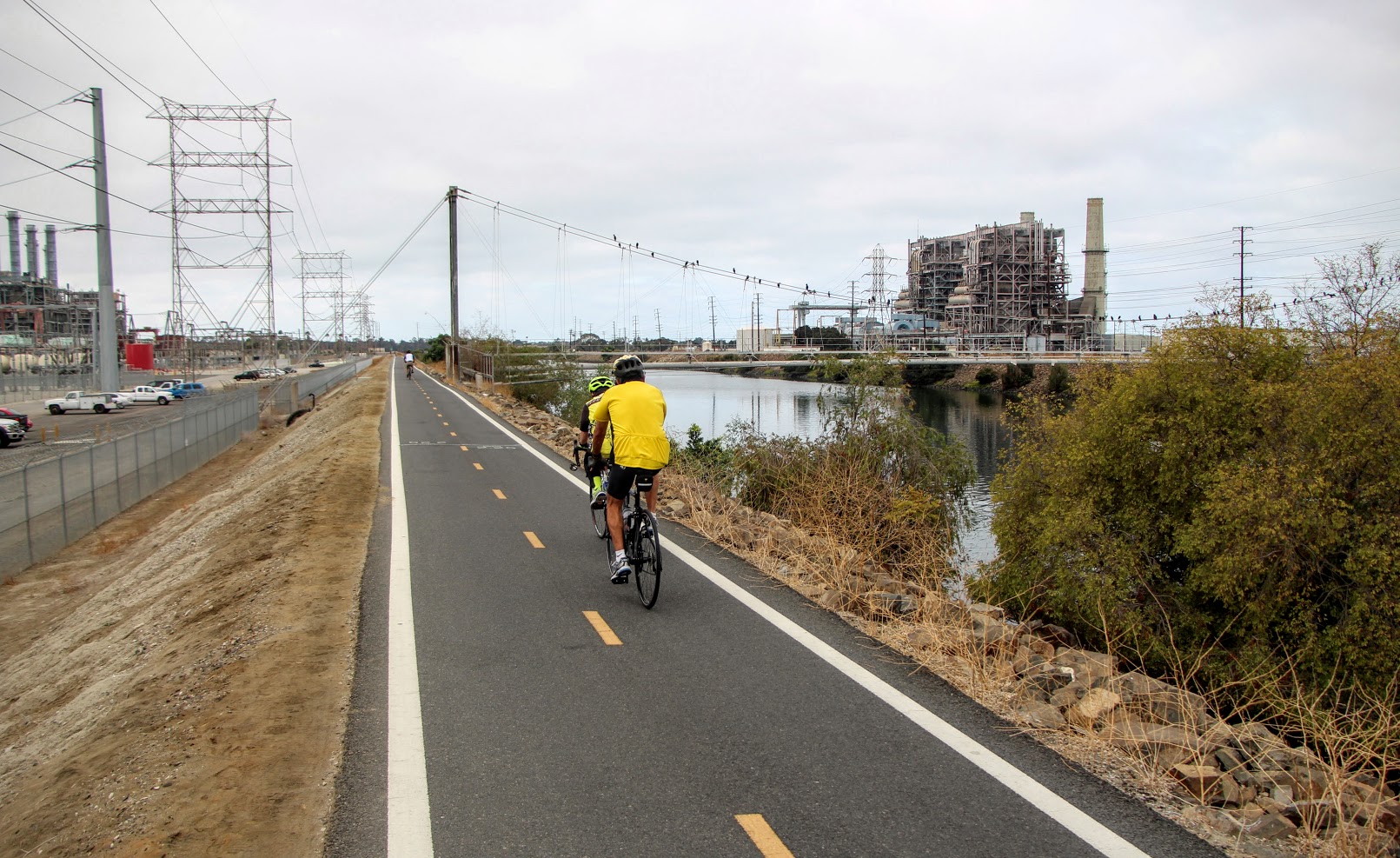 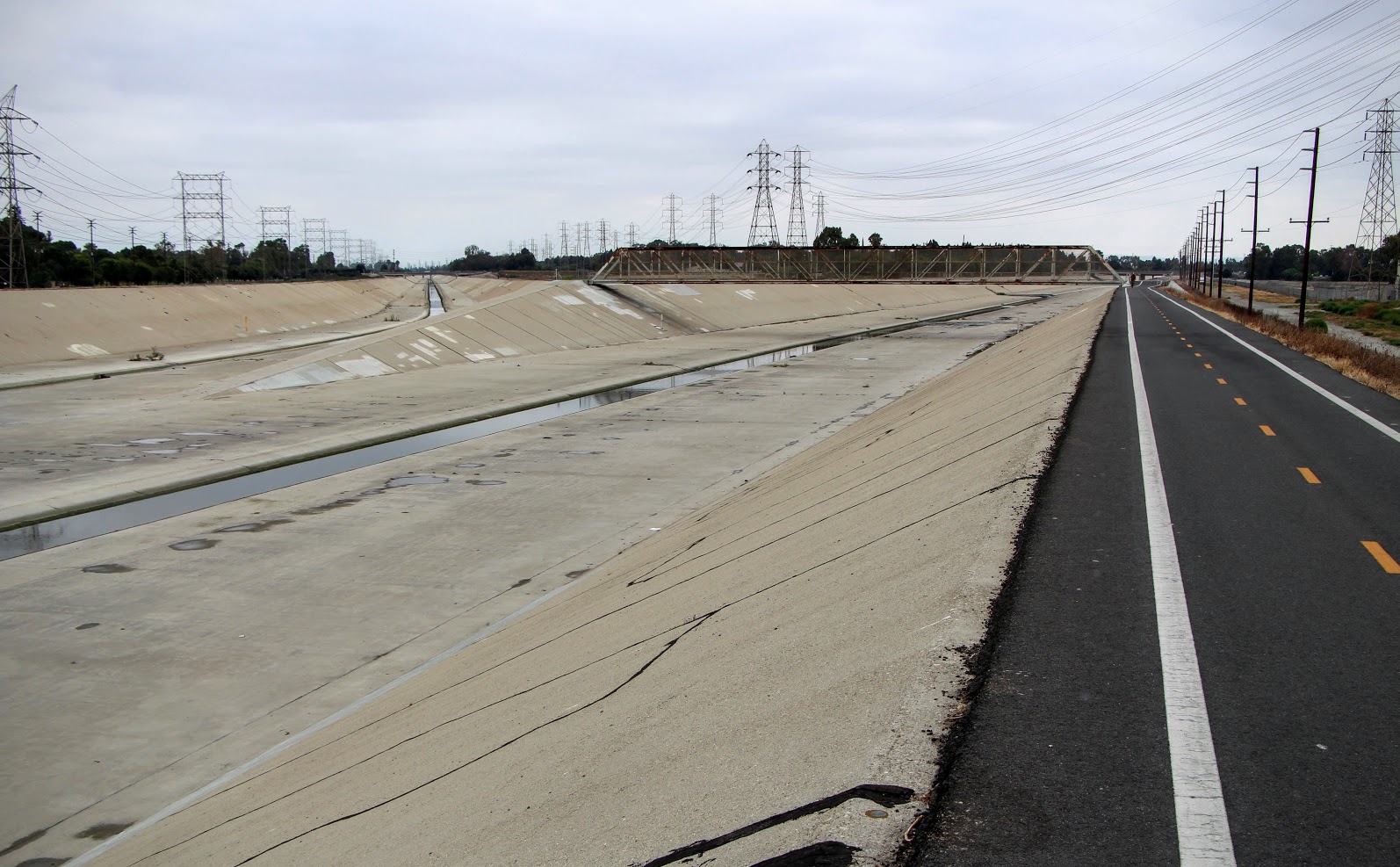 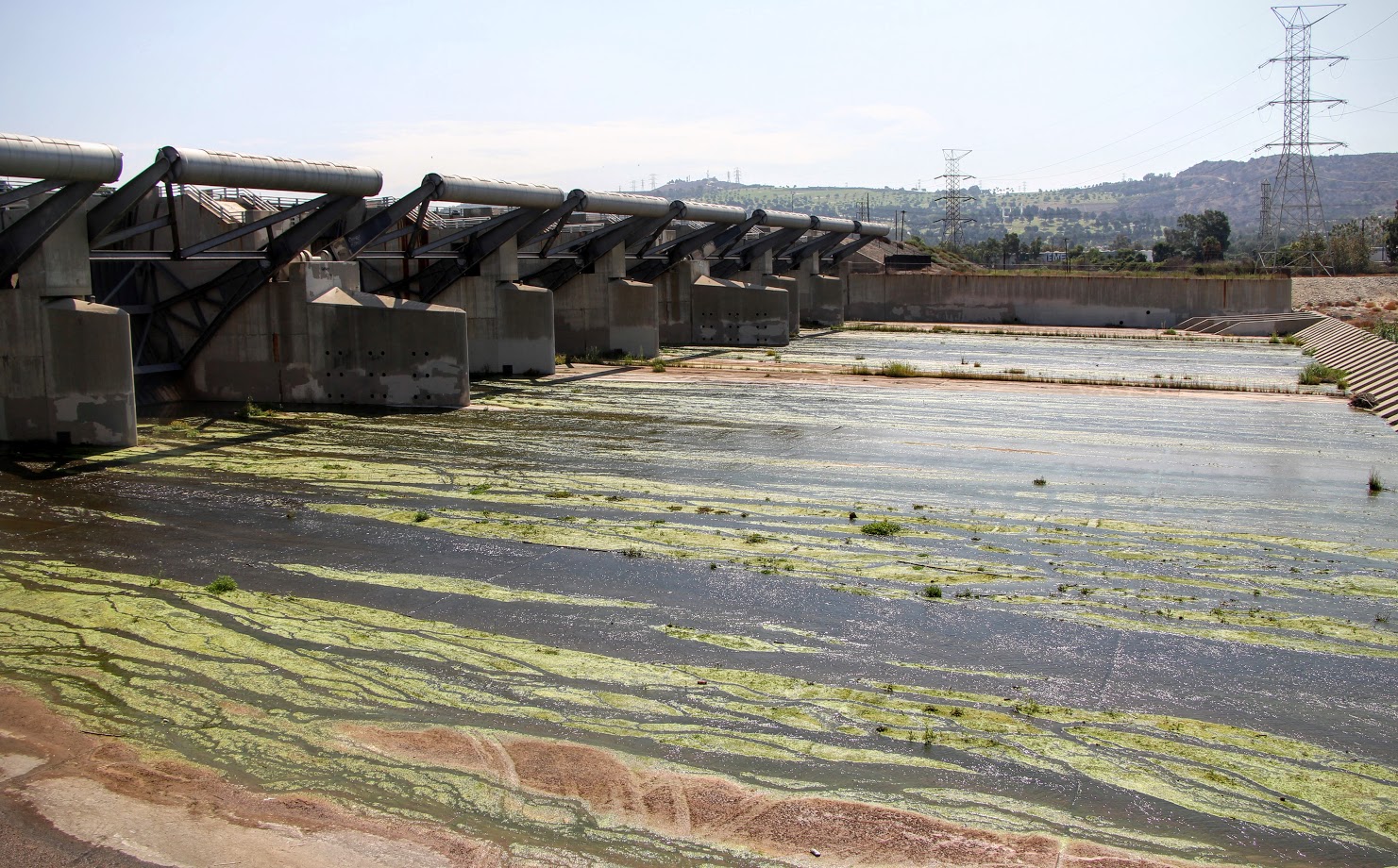 Like all waterways emptying out into the Pacific, cyclists along the San Gabriel have two choices: either travel west to east up a slow, steady incline of 500 ft (152 m), or follow the river as it meanders towards the coast into near-perpetual headwinds. Pick your poison. Just bear in mind that there are ample stop-offs along the way, should the 65-mile round trip be a bit too daunting for one afternoon. There’s even a coastal bar called the River’s End Cafe to reward riders who finish their journey at Seal Beach.

It’s awfully hard to say no to a payoff like that. 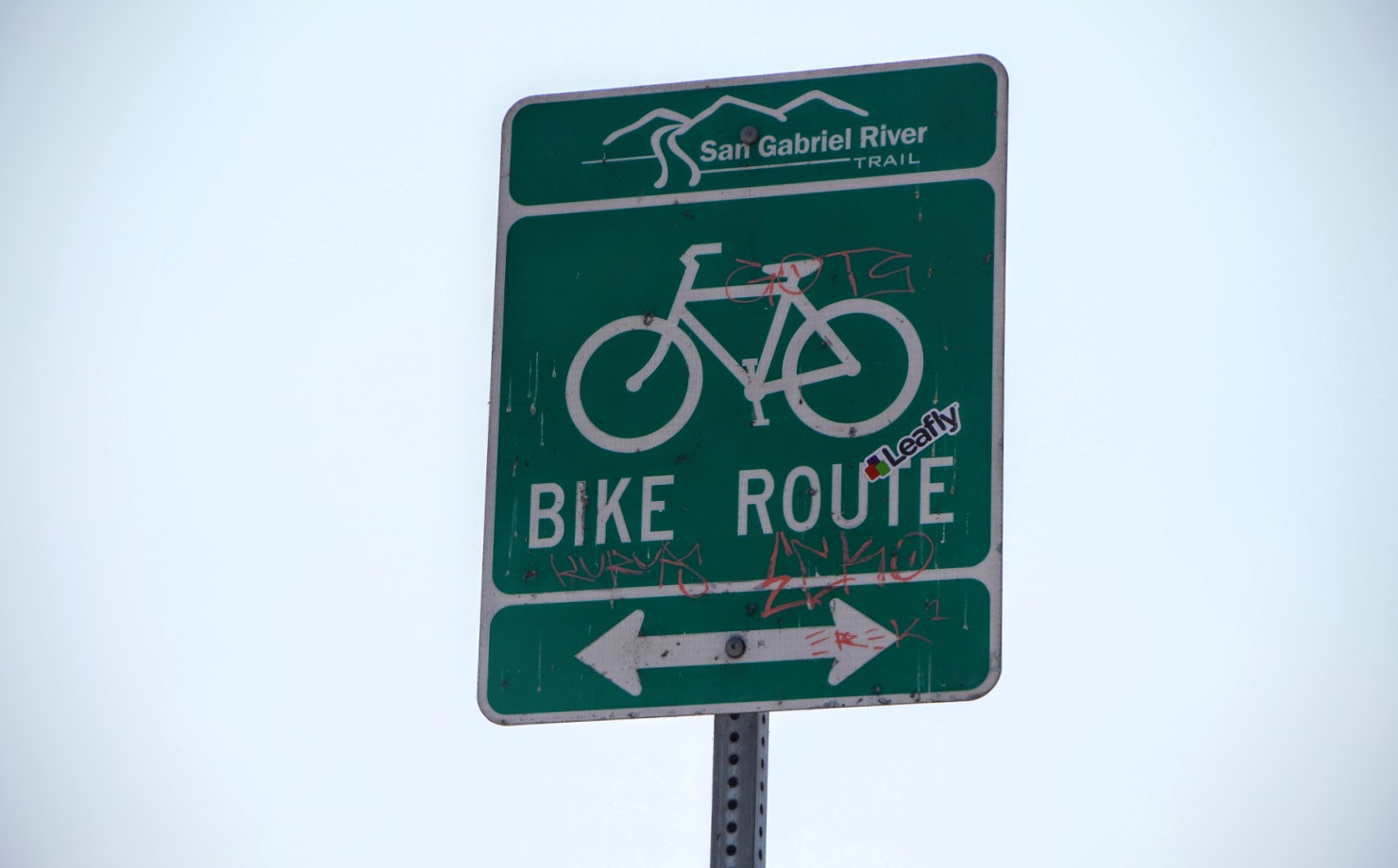 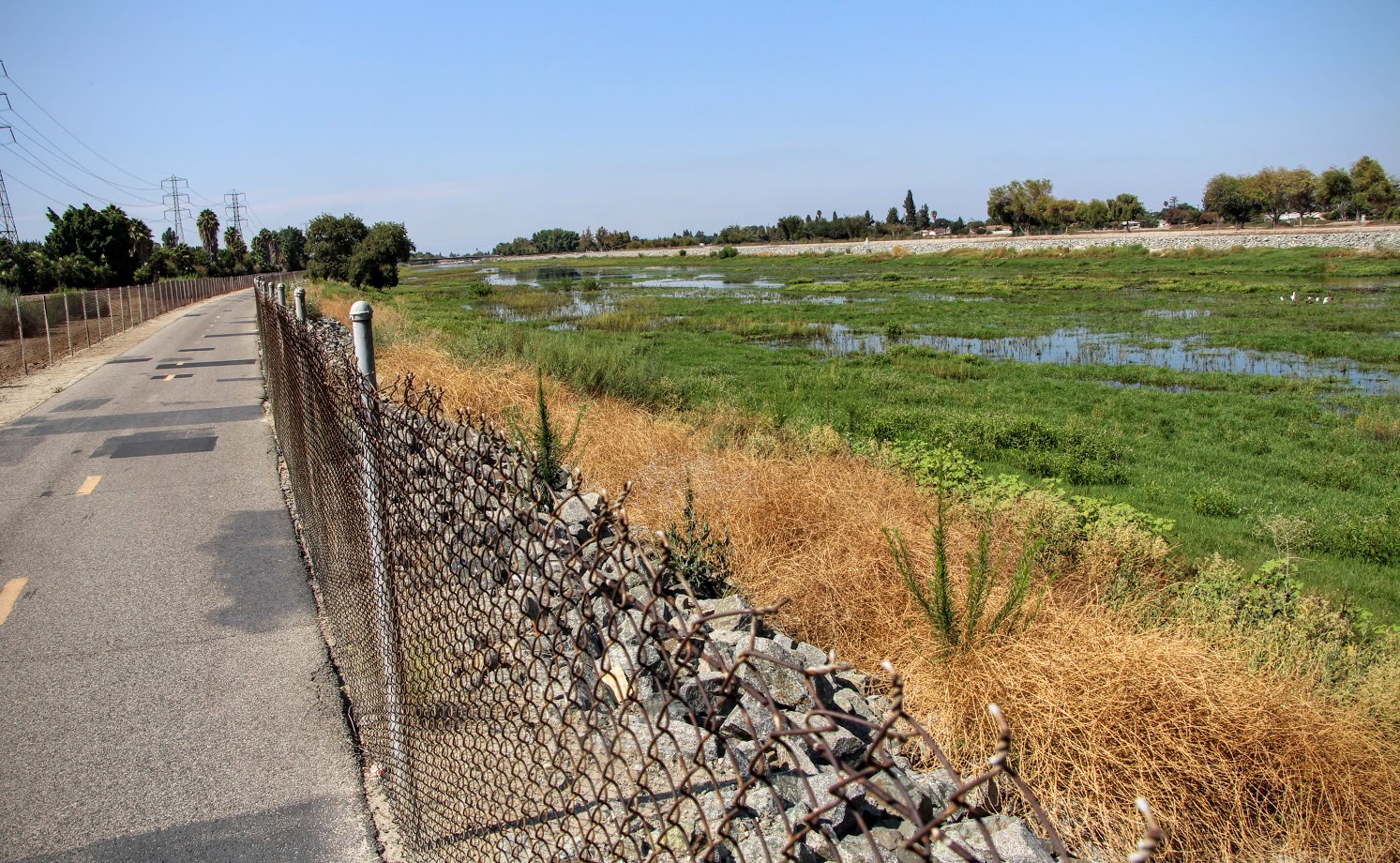