When Shirin Gerami was growing up, her grandmother would tell her the story of a well-respected university professor and his son. Questioned by his acclaimed father what he would like to be when he grows up, the boy responds, “I want to be just like you, dad.” Upon hearing this, his father grows angry and reprimands the child: “I wanted to be Einstein when I was a boy, and look what’s become of me.”

There’s a pause in our conversation.

“Do you get it?” Shirin asks me with a wry smile. I stammer groggily. The 5-hour difference between her sunny London study and my twilit Arlington Airbnb is preventing me from fully grasping the relevance of the parable, so she graciously connects the dots.

“Do I see myself as a role model?” Shirin repeats my preceding question. “I hope that [people] have set much higher and better bars for themselves.”

It’s a humility you might not expect coming from the first Iranian woman to earn the right to compete for her home country in a triathlon. That was back in 2013, a historic and hard-fought privilege Shirin was officially granted less than 12 hours before the start of the London ITU World Championships.

On October 14th, 2016, the 26 year old made history yet again by crossing the finish line at the IRONMAN World Championship in Hawai`i, dressed head to toe in clothing that satisfied the stringent prerequisites of the Iranian Sports Ministry. 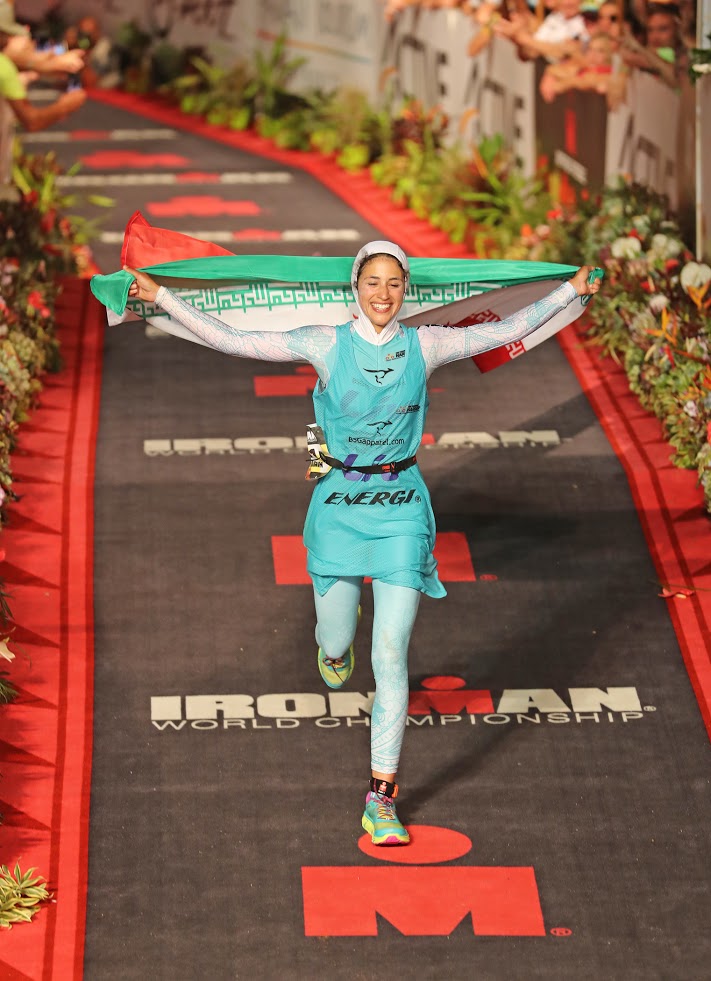 Wrists and ankles covered; appropriate hijab in place; for 140.6 miles, in the scorching heat and torturous crosswinds of the Kailua-Kona lava fields.

For Shirin, it’s the continuation of an unlikely journey that began in her pre-university years. “I had no idea how much pain I was going to be in,” she admits, recalling a friend’s early invitation to go running together during her final year of school. Swimming would soon be added to the mix, then cycling at the Durham University Triathlon Club where Shirin would walk her bike up the bulk of those first few grueling ascents. Her smile reappears.

“It was a slow indoctrination,” she remembers, not without fondness.

Over time, that struggle morphed into something significantly more profound. In her journey to represent Iran on the global athletic stage, Shirin would be brought face to face with the stark social and cultural contrasts that come to define, and in some cases constrain, both life and ambition in various parts of the world. 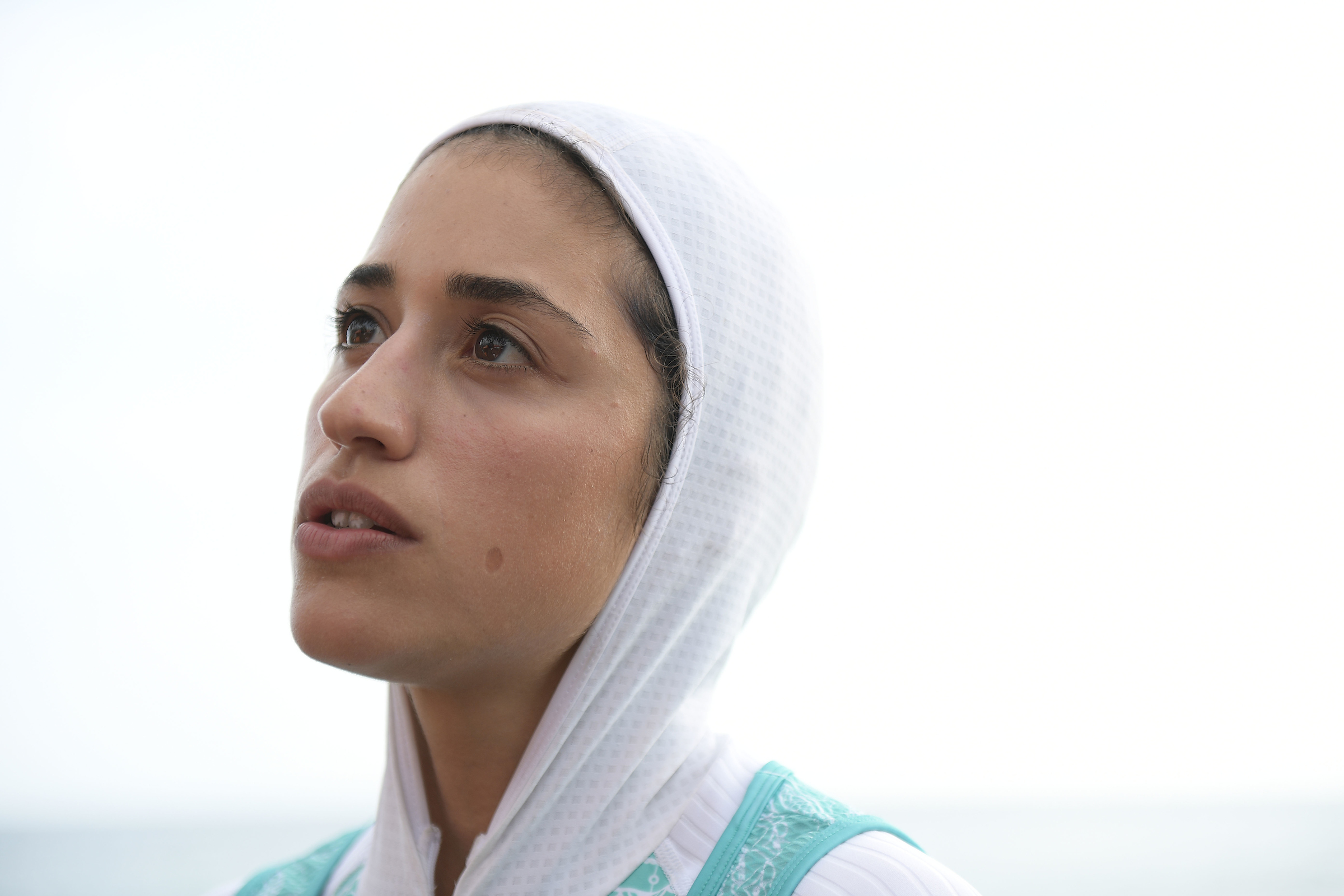 “It was a moment of realization that I’m taking this opportunity for granted,” she tells me, “when there are other women in different circumstances that don’t have access to this opportunity as easily as I do. If I look at my life, I’m hugely blessed. It became a question of, how can I give back? How can I share at least some of the privileges I have with others? If I sought permission to represent Iran in triathlons, and if [it] was officially granted, then hopefully that permission could be passed on to other women as well.”

This impetus to test the limits of convention has put Shirin on the cutting edge of an industry she sees as low-hanging fruit when it comes to overcoming obstacles for women in sport.

Namely, activewear for athletes who choose to cover.

“[Manufacturers] have come a long way since 2013,” she says, “but I still think there’s a long way to go. Companies are starting to address the subject, but for now most people still treat it with a patronizing pat on the head. Yes there are clothes that aesthetically cover, that aesthetically give the opportunity to show a presence, but in terms of function they do not allow women to truly perform. They do not give them the opportunity to compete on the same level playing field.”

“What I want,” Gerami adds, “is to help give everyone the opportunity to be as strong as they can be. If creating a clothing solution will open the door for many more women to participate in sports, then I want to do that.” 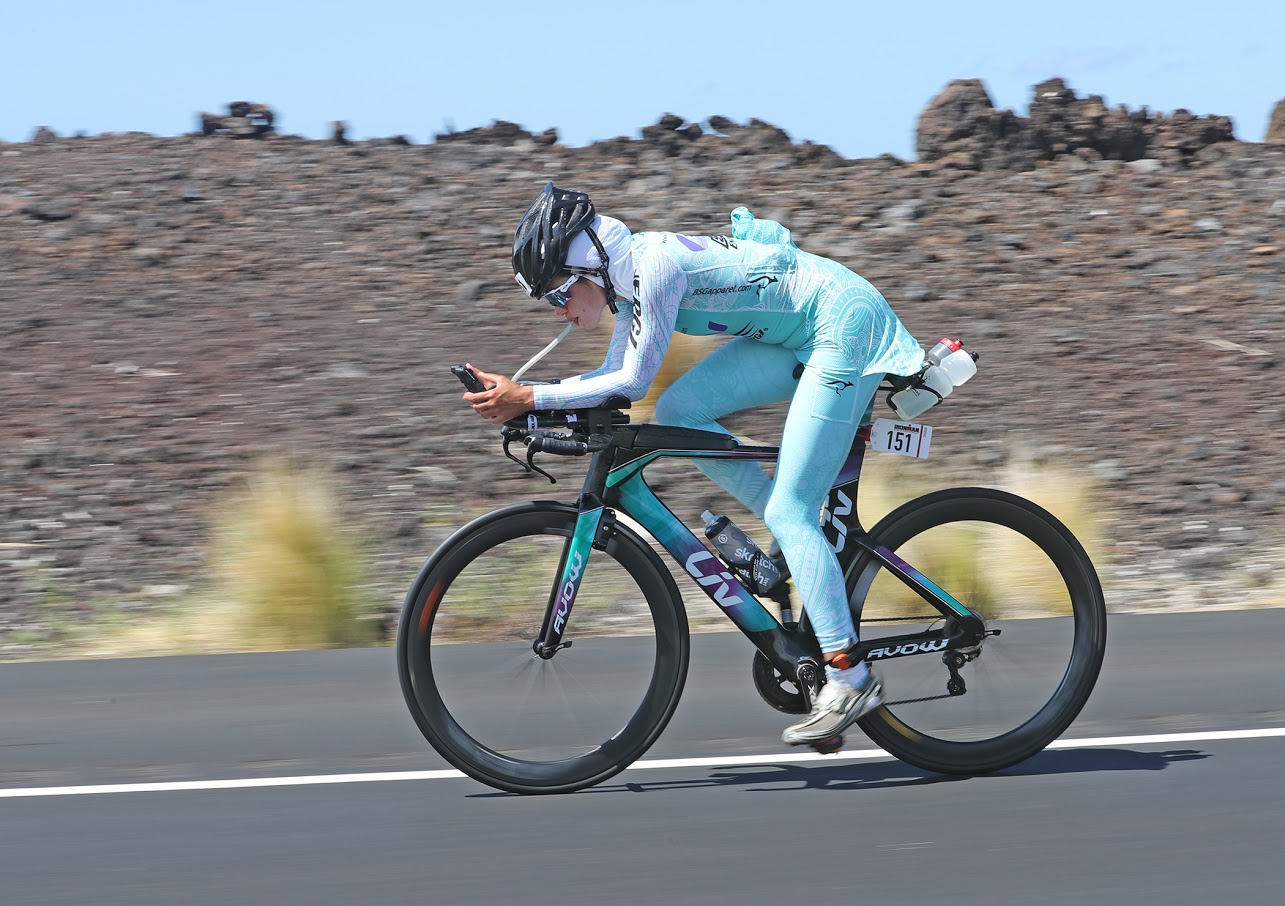 And so the races and the rigorous training sessions continue, as do the last minute adjustments and trial and error fittings with fellow Ironman and Boulder-based sportswear developer Chris McDonald. It’s a pioneering spirit that can perhaps best be understood in the context of Shirin’s overall worldview, where every day is call to adventure and every personal success is a vehicle for advancing the cause of female athletes across the globe.

And it’s likely the progress won’t stop here. On top of helping to dispel the myth that athletes who cover can’t perform at the same elite level as those who don’t, Shirin also intends to use her budding celebrity to help encourage the development of adequate training facilities in regions where residents have little to no access to them.

“If there’s one thing I’ve learned,” she muses, contemplating her evolving personal trajectory, “it’s that life tends to completely change your plans for you. Even today I find it a little surreal that I’m doing what I’m doing, but so long as life is happy to have me on this path, I’d like to continue.”

Before disconnecting, I ask Shirin what she’d like all of us, and particularly aspiring female athletes, to take away from her story. A longer, more thoughtful pause ensues, before I’m confronted with a kernel of succinct yet profound wisdom not typically associated with one so young.

“Don’t let the unknown daunt you,” she tells me. “If you want to give something a try, just do it. Life is a journey of learning; it’s a journey of adventure. Just trust that step by step, you’ll figure out a way to do what you want to do.” 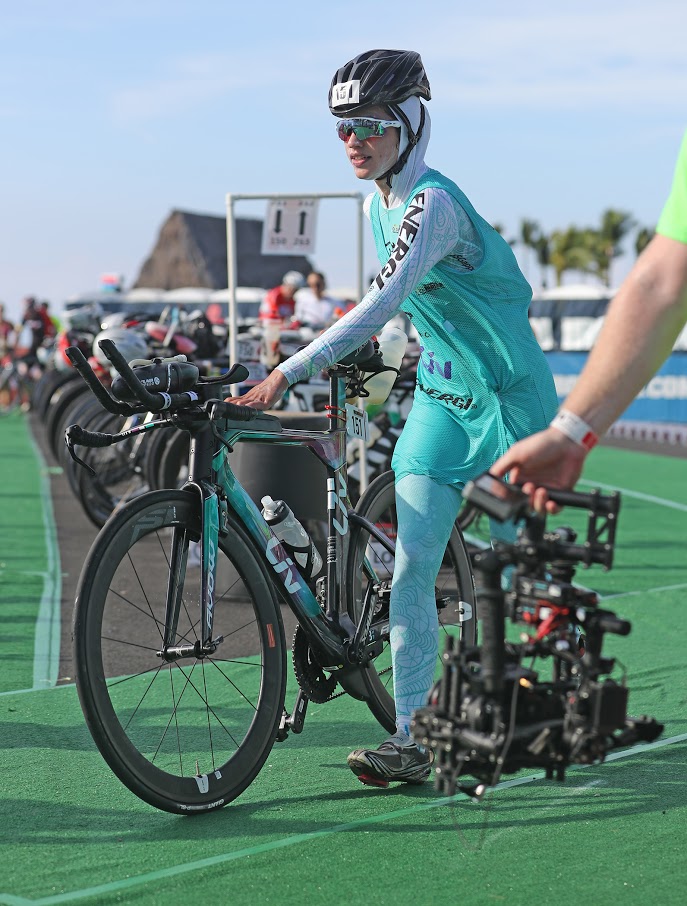 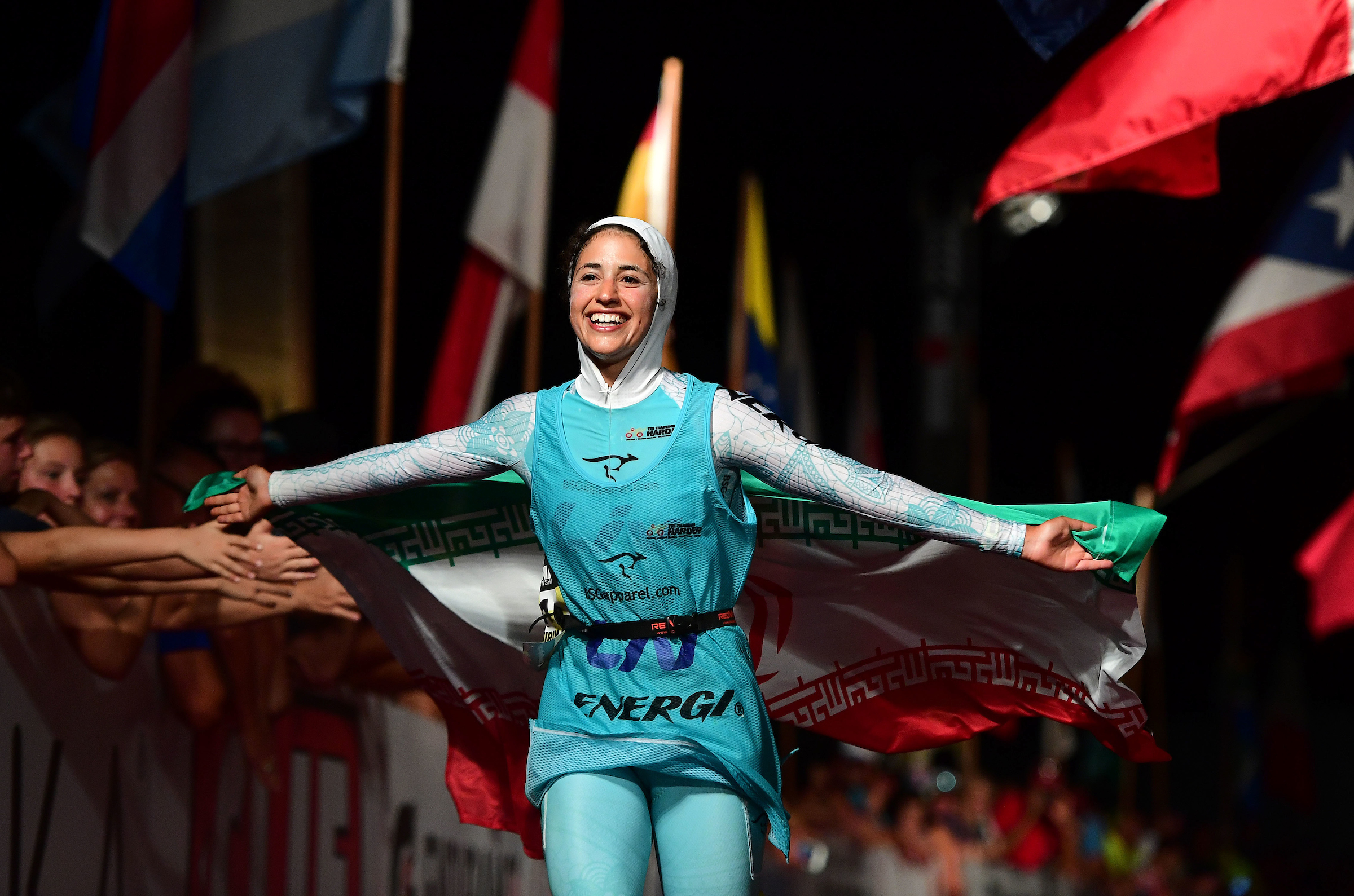 Singapore Cycling: An Athlete’s Advice on Exploring the Lion City