In the decades spanning the late 18th and mid 19th centuries, a series of around 60 covered passages were created in Paris to help creatively utilize the narrow alleyways and private roads running between tightly packed city blocks. These distinct, typically glass-covered arcades were home to a variety of novelty shops, restaurants, and theaters, and for a time came to embody the breadth of social and architectural innovation in the French capital.

Sadly, two centuries later fewer than a third of these historic passages are still in existence. That’s the bad news. The good news is that the ones that are make for a memorable day of off-the-beaten-path eating, drinking, shopping, and sightseeing in an otherwise tourist-filled City of Light. They’re not always easy to spot, and some are in significantly better condition than others, but for those with a little guidance and a nagging urge to explore they’re well worth the detour.

Here are a few of our favorites, as well as a detailed bike route to help get you exploring on your own.

Imagine sunlight pouring in through towering 12 m glass ceilings framed in hardwood and wrought iron and you’ll pretty much understand why the Passage du Grand Cerf is ranked among the most beautiful arcades in Paris. Stretching a mere 0.1 km between Rue Dussoubs and Rue Saint-Denis, it’s a straight shot of unique, high-end shops and a handful of eateries that’s a visual pleasure to experience. 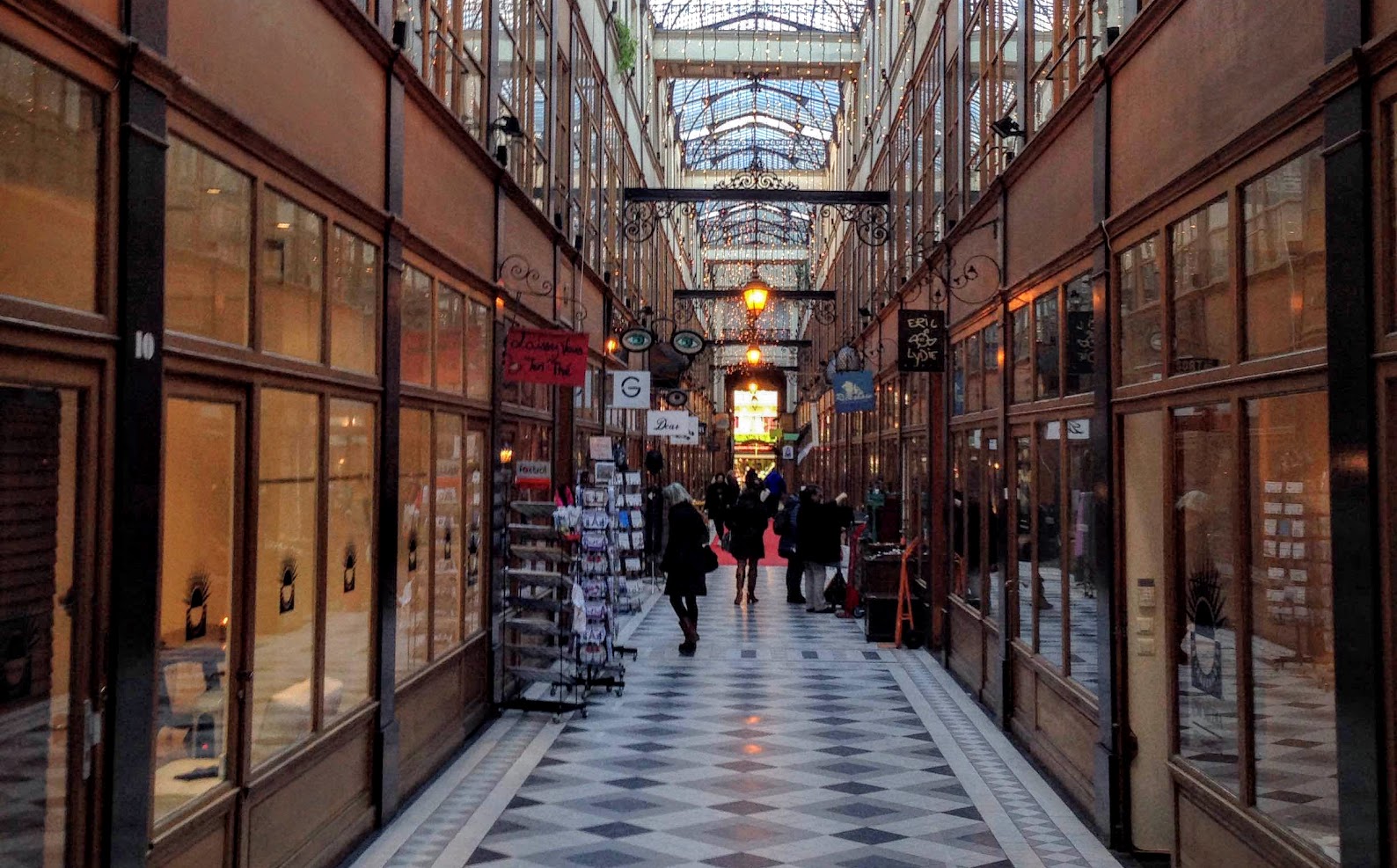 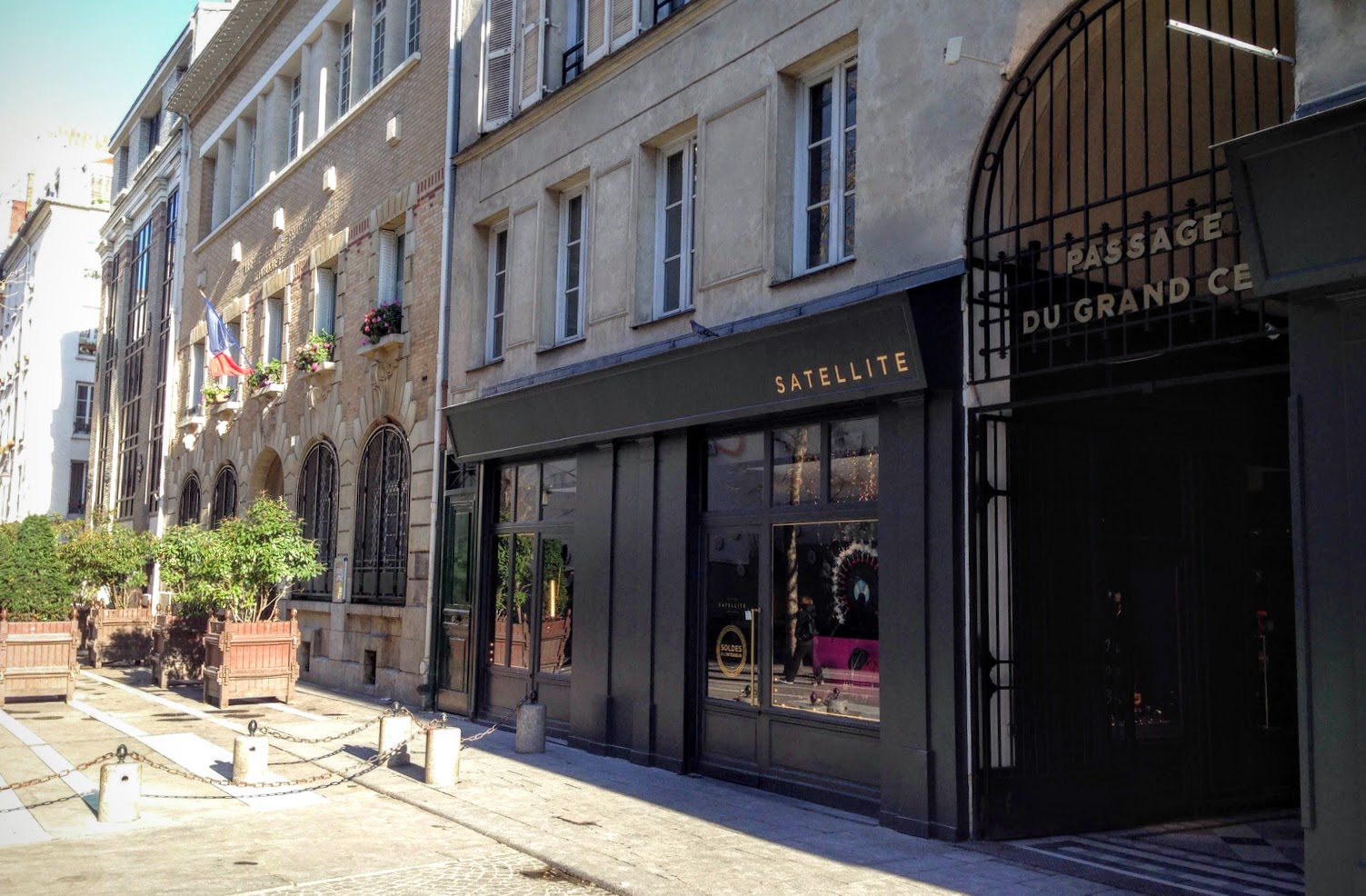 Named after the famed 17th century French playwright, this tiny passage running between Rue Quincampoix and Rue Saint-Martin is conveniently located adjacent to several cool cafes and bistros along Quincampoix, as well as the unmistakeable modern art museum of Georges Pompidou. Enjoy the tranquility as you pop into a boutique for a little shopping, or take a look inside the creative Maison de la Poésie (House of Poetry) that replaced the Molière Theater in 1995. 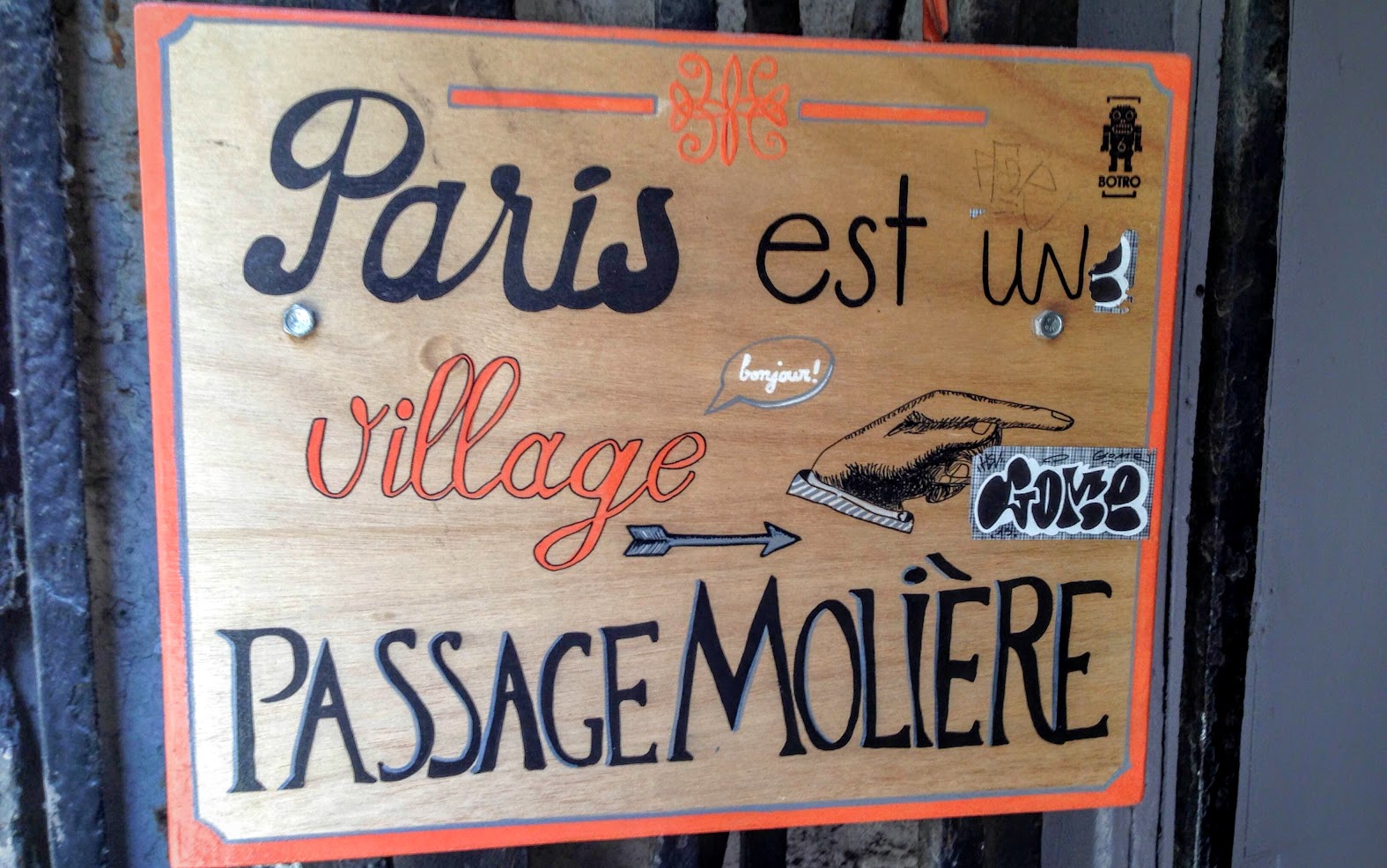 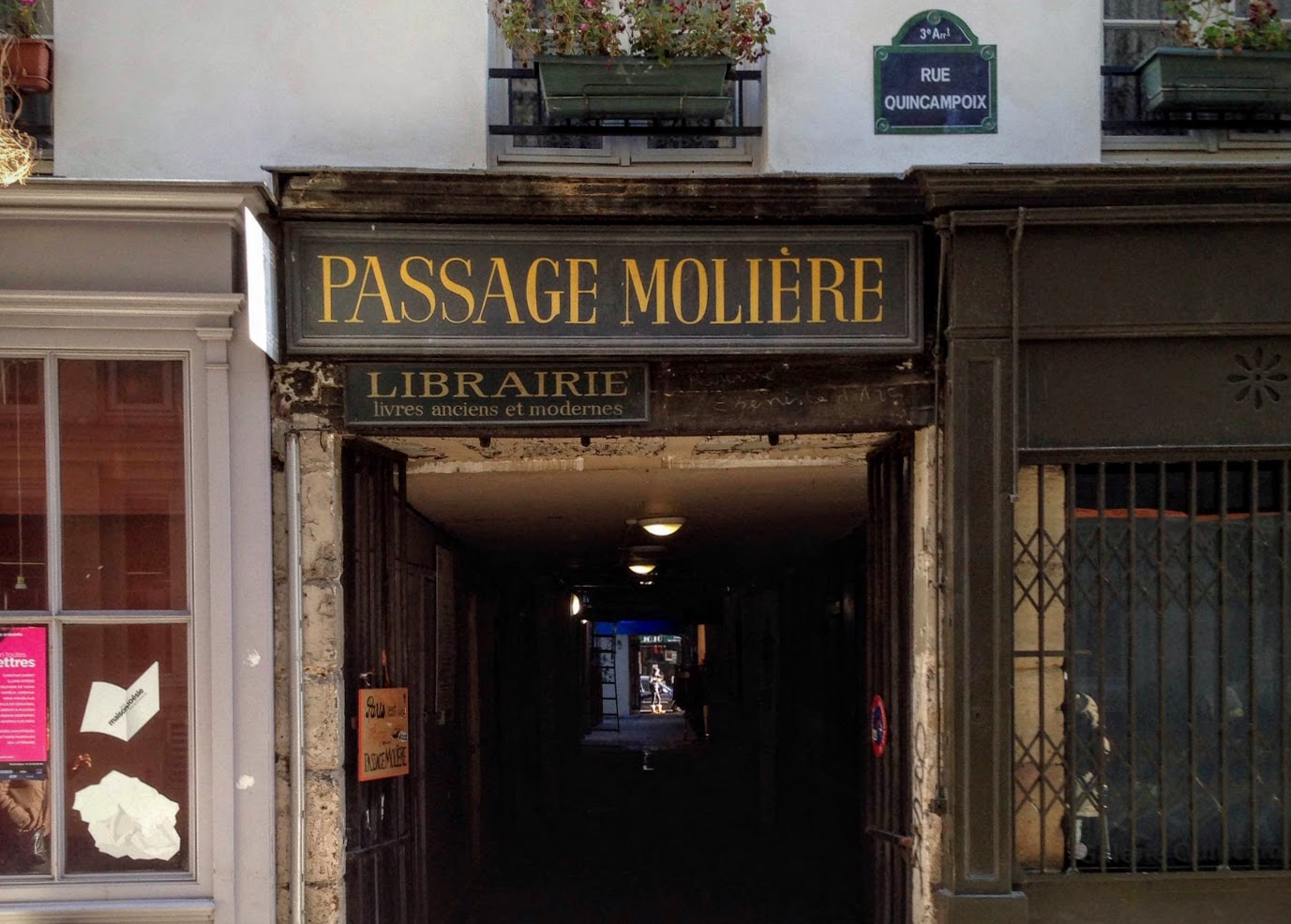 A can’t miss and truly one of Paris’ hidden gems, Passage des Panoramas is equal parts historic charm and hip novelty. Trendy bars and restaurants rub elbows with vintage craft shops and boutiques, all in a setting that feels like it’s been ripped from the pages a Victorian-era novel, gas street lamps and all. As an added bonus, you can meander down one of the off chutes and check out the historic Théâtre des Variétés. Do yourself a favor and stay for lunch. 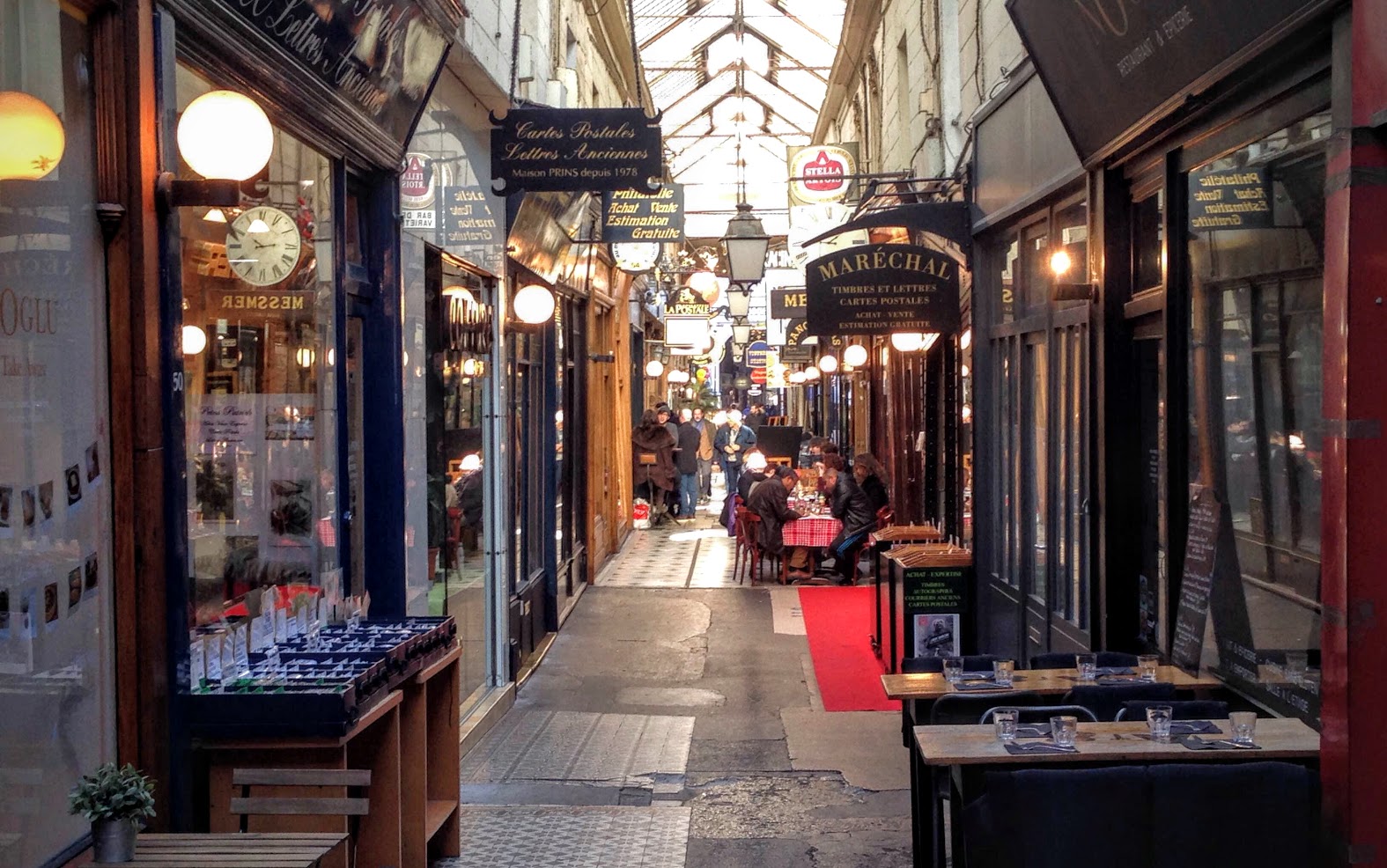 These two neighboring galleries along Rue Vivienne, the former with its polished marble floors and domed skylight and the latter with its intricate mosaics and wrought ironwork, probably appeal to a slightly more upscale clientele than your curious bystander on bike. That said, as long as a pretentious atmosphere doesn’t deter you, the aesthetics of both are undeniably beautiful and their proximity to infinitely more vibrant Passage des Panoramas means you can have your cake and eat it too. 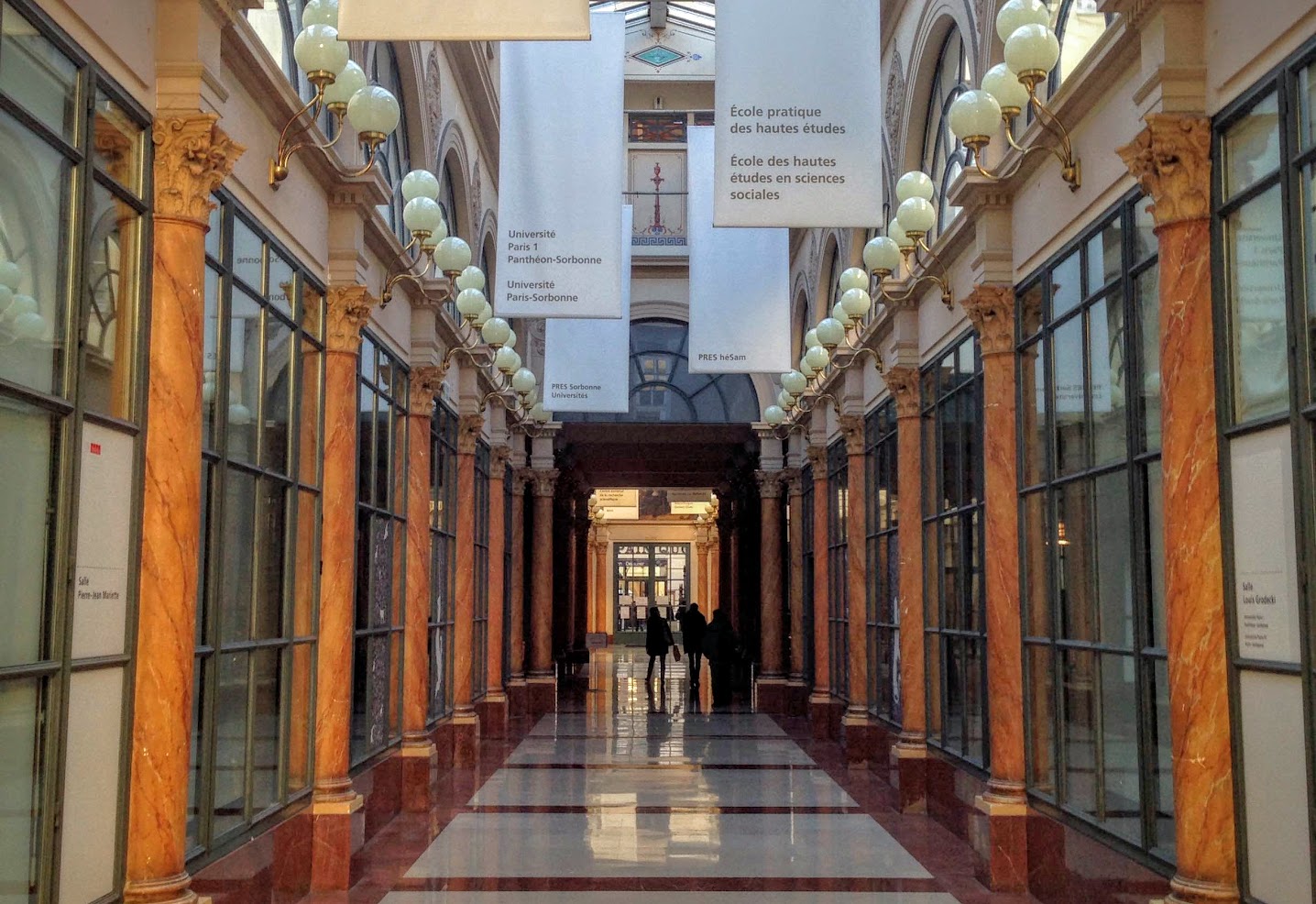 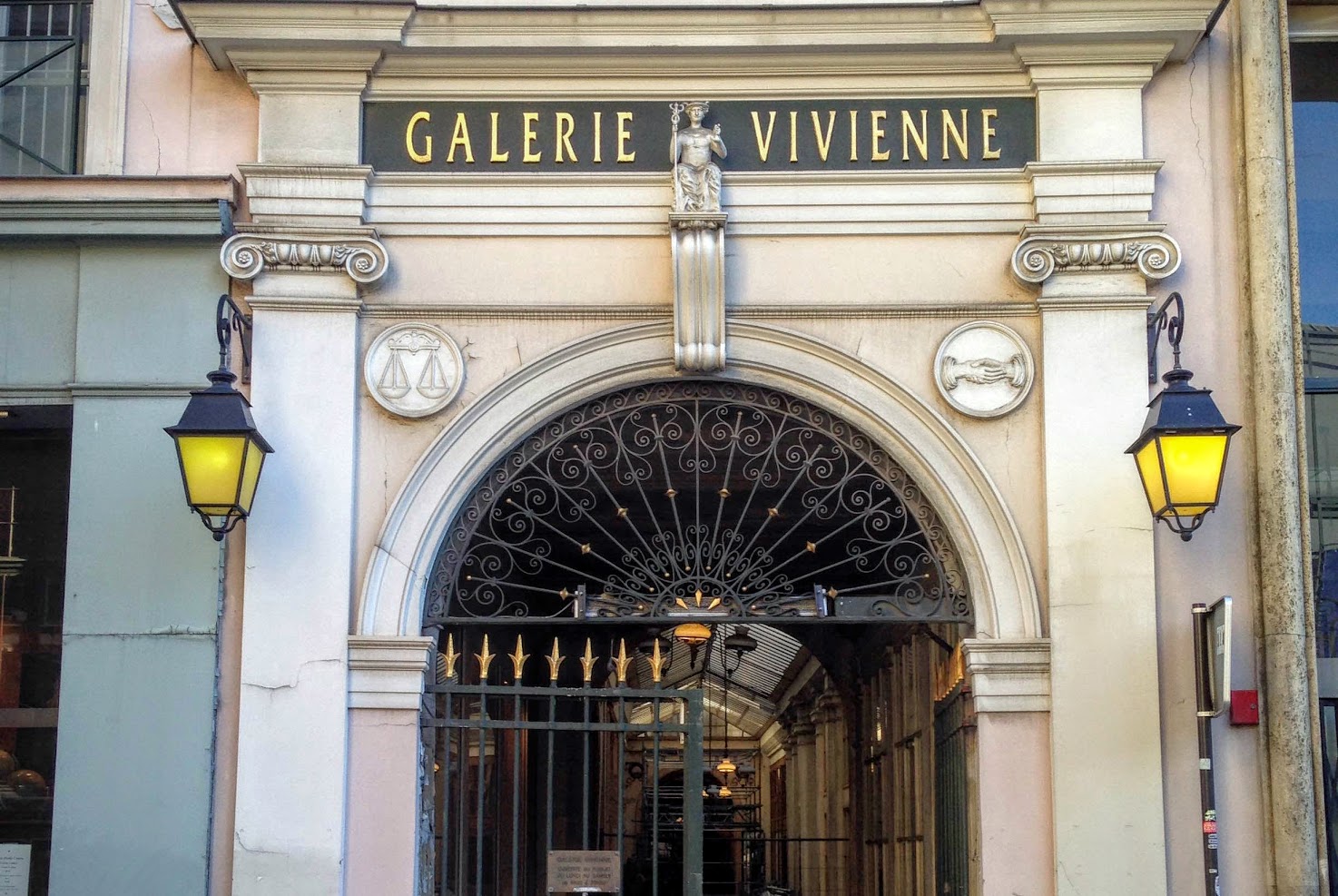 A working class passage in an upper class neighborhood, Passage de Choiseul boasts neither the visual splendor of nearby Galerie Vivienne nor the intoxicating ambience of Passage des Panoramas. That said, with a polished floor, renovated storefronts and tall glass ceilings it’s certainly not without its charms, either. The narrow corridors are tightly packed with bric-a-brac shops, burger joints, clothing stores and cafes, and come the weekday lunch hour they’re abuzz with activity. It’s a perfect place to participate in everyday Parisian living. 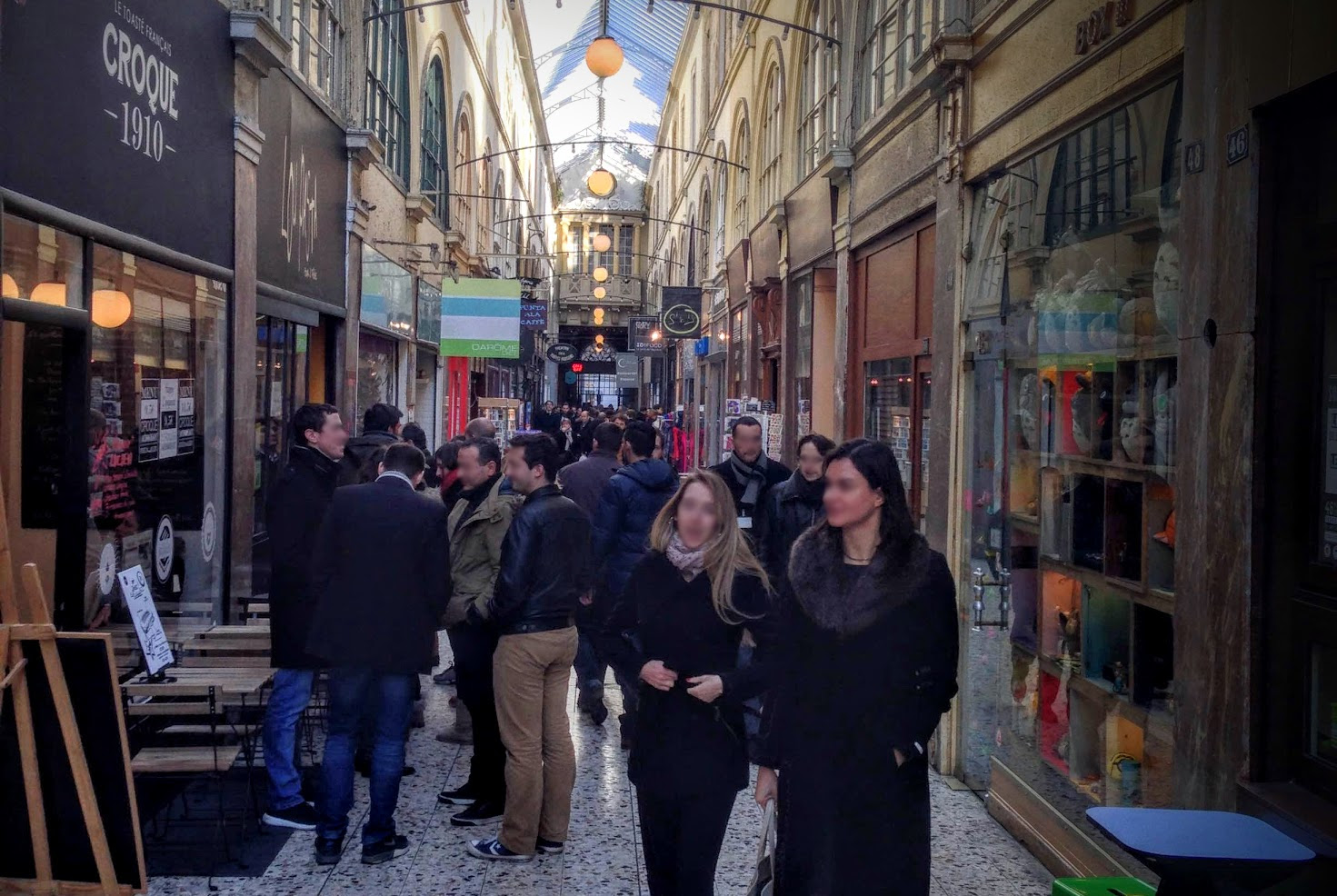 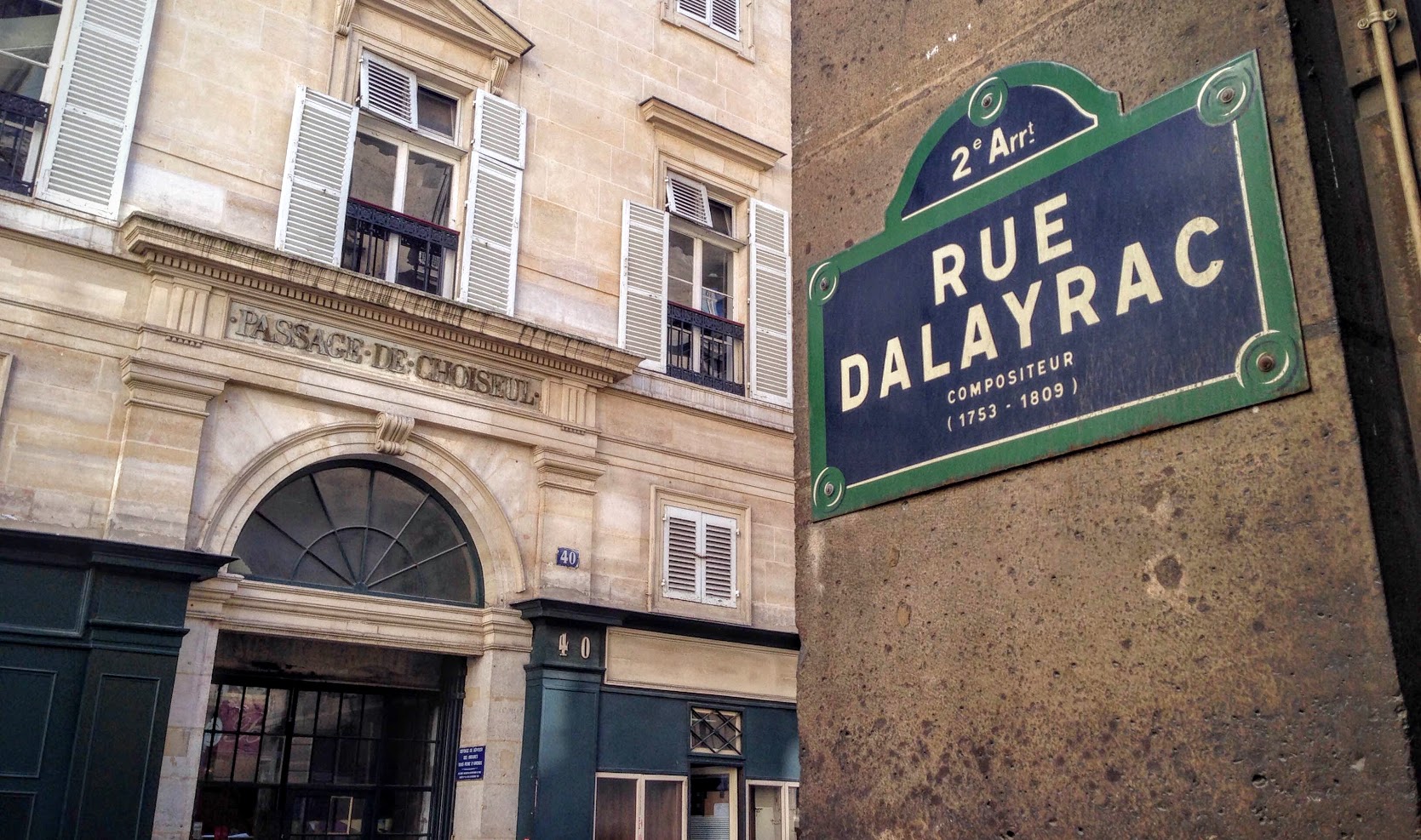 Paris’ longest arcade is also admittedly its least impressive. Passage du Caire is a humble, functional series of garment shops that more resembles a rural midwestern strip mall than a 19th century Parisian galerie. However, its location in a lively, non-touristy section of the 2nd arrondissement gives you access to fantastic nooks like the quaint Place du Caire and the beautiful pedestrian Rue des Petits Carreaux. Just look for the massive 4-story plant-covered wall along Rue d’Aboukir and you’ll see what we mean. 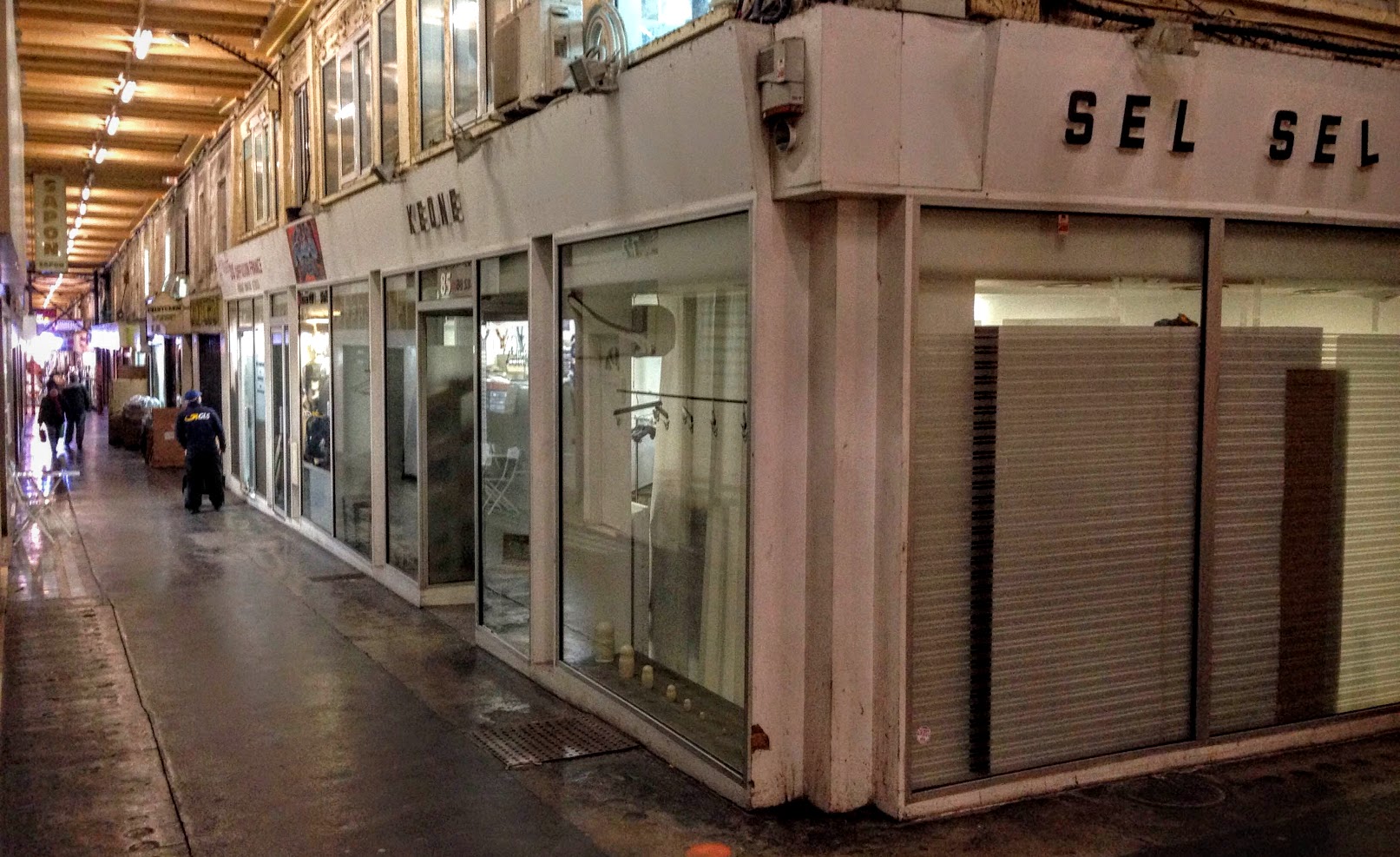 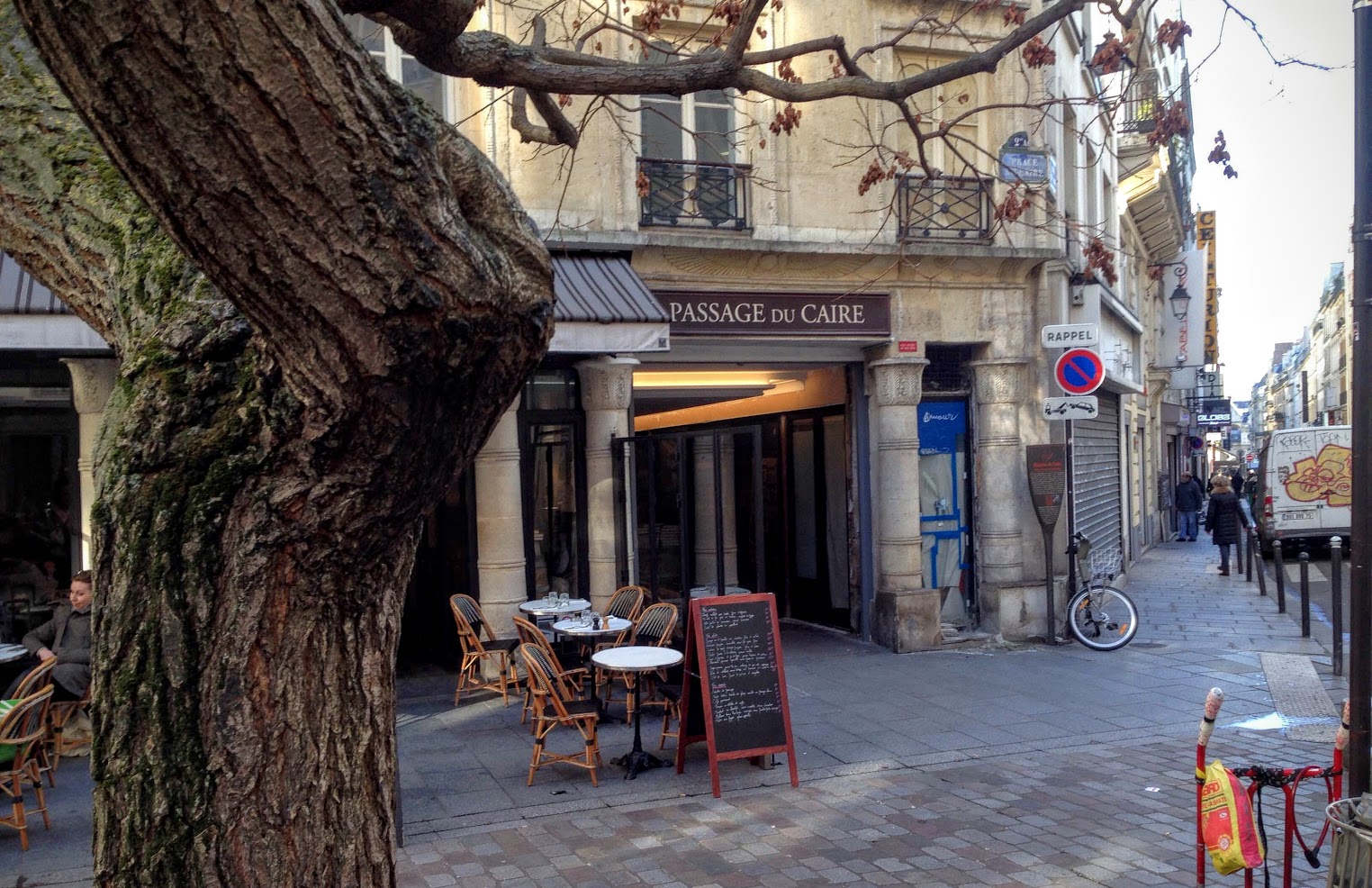 John Wachunas
John Wachunas directs content development and social media marketing at Spinlister. He is an avid traveler and published travel writer, as well as a co-founder and former content director at Embark.org.
Previous Post A Night Out in Paris: Biking the Right Bank Next Post Vincennes to Boulogne: Discovering the Paris Woods