A Wheel Builder’s Disruptive Approach To Cycling In Japan: GS Astuto and Spinlister

When asked why he was drawn to wheel making, Tim Smith, founder of GS Astuto in Kawasaki, Japan, has a simple answer:

It’s not that the response lacks sincerity; given the caliber of cyclists with whom he’s had the privilege of both working and riding throughout his career, the wheelbuilding guru/American expatriate can be excused for characterizing his own talent in such modest terms. It’s just that it’s vastly oversimplified – like hearing Mozart described as a lackluster violinist, or da Vinci as a mediocre student of botany. 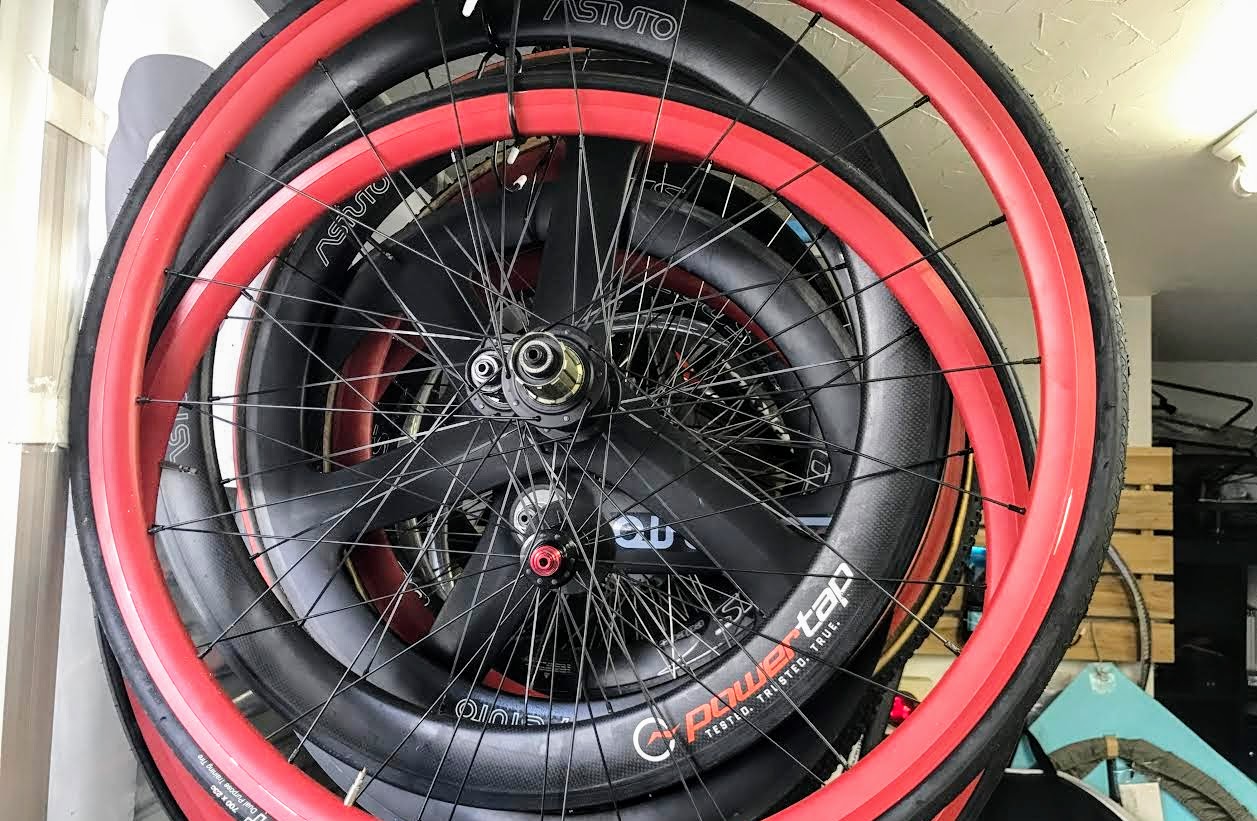 In reality, there’s as much harmony in Tim’s dedication to wheel making as there is in the wheels themselves. Raised among aircraft mechanics, educated in engineering at the University of Washington, with a passion for team cycling that was forged at home and refined over countless miles of Italian countryside – it would appear he was uniquely suited for the craft.

“It’s one of those arcane abilities from back in the day,” he says. “Like an alchemist: taking inherently weak components and constructing something strong and durable. They’re weird, obscure skills that you never really considered you could do because nobody did them. But I did. And I was very good at it.”

To understand exactly what circumstances carried him 5,000 miles across the Pacific Ocean, you’ll have to talk to the man himself. Which, technically speaking, isn’t terribly hard to do, as Tim can usually be found stooped over his GS Astuto wheel stand, meticulously monitoring radial and lateral positionings as he adjusts spoke tension and talks shop with customers.

More important for our current purposes, however, is the business he’s shaped – alongside his wheels – over the past several decades. 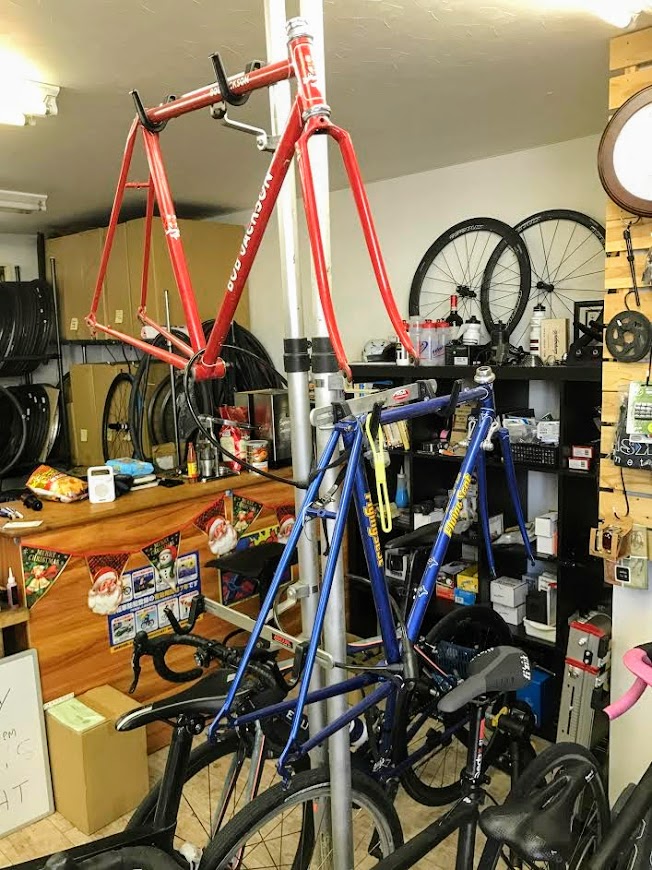 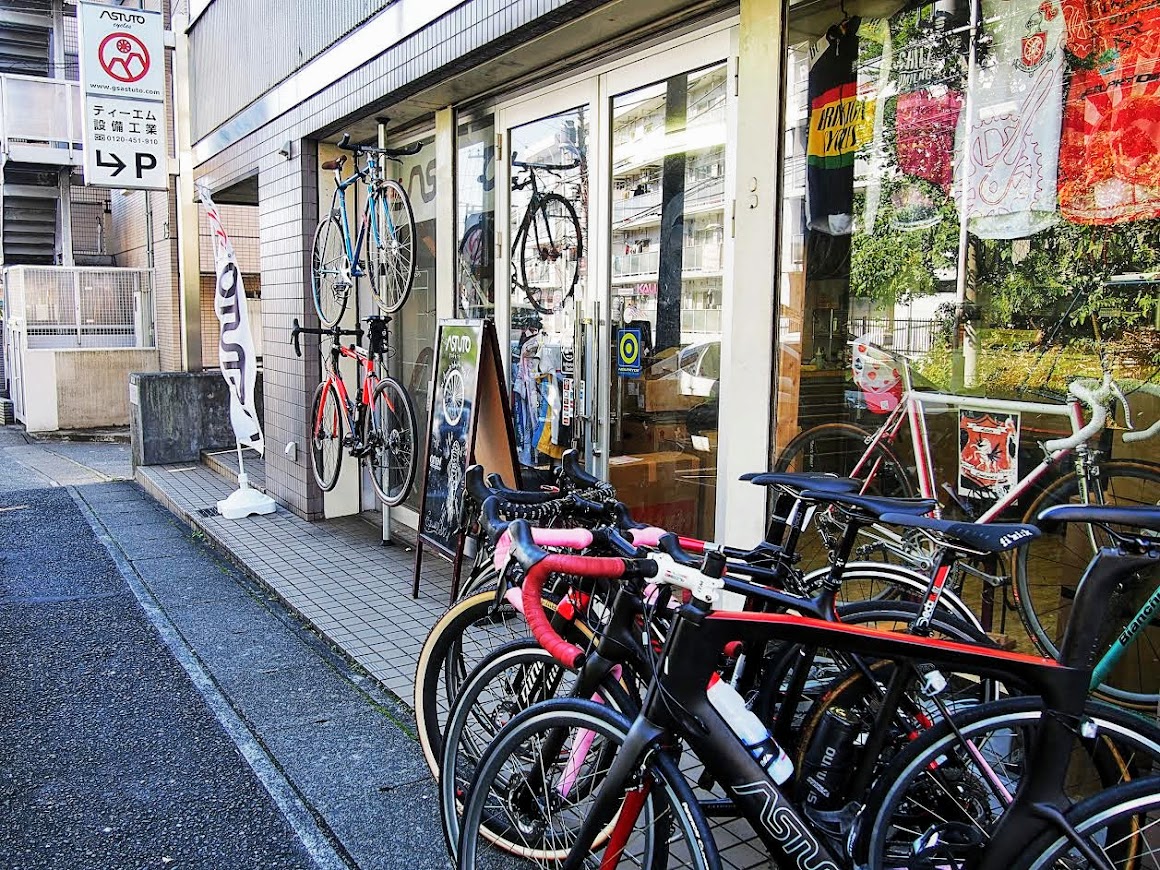 “I would take my track bike out and go ride around on the streets,” Tim says, recounting an effort to get back in shape after a serious knee injury. “The process really opened up my eyes to what was going on in cycling in Japan at the time, which was wheels. So when we started, wheels were the whole thing.”

As Japan’s cycling culture evolved, so too did GS Astuto – from strange, colorful rims to full carbon wheels and, eventually, to high end bikes. A product of the San Francisco IT world, Tim has a penchant for staying ahead of the curve, whether it’s competing in hill-climbing events on a fixie or preempting the needs of his next customer. 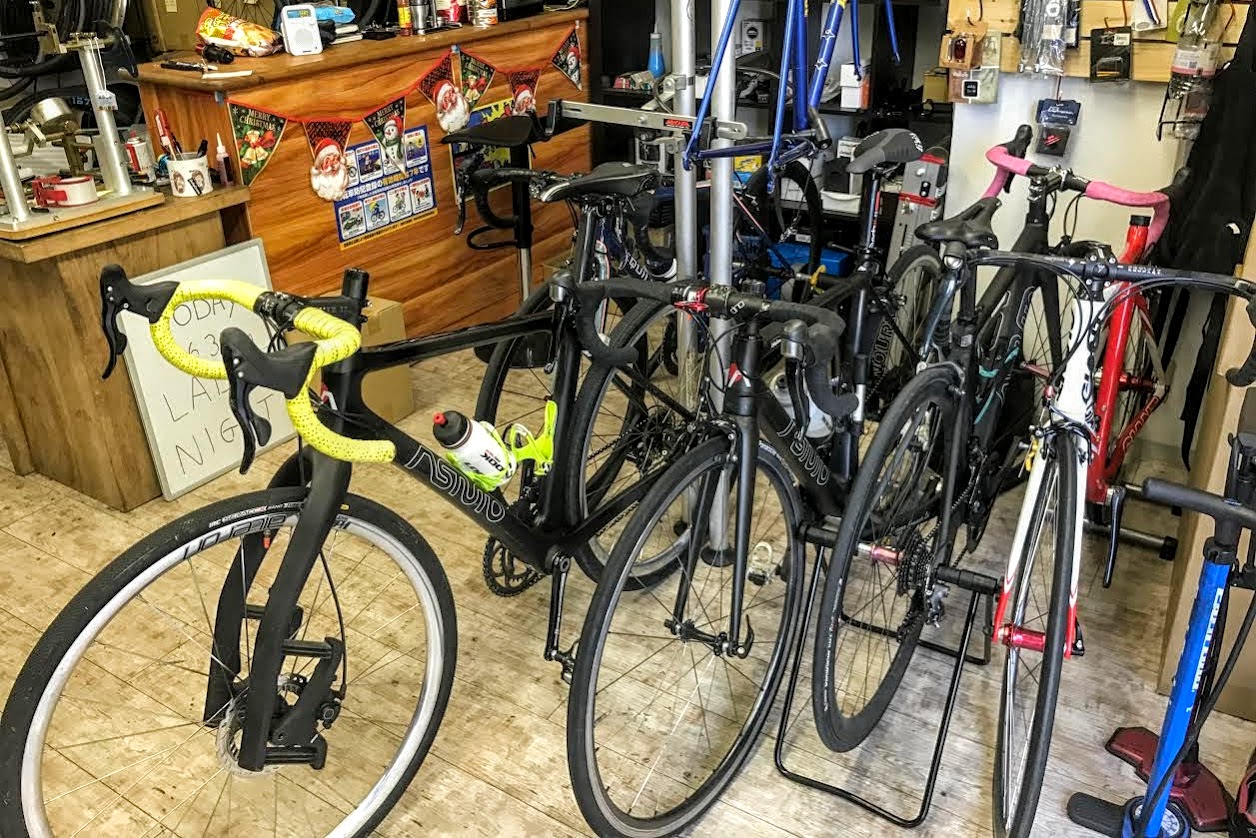 “Eventually I started thinking, ‘Man, if we could just start renting bikes to people who are coming into town. That way they’d have the opportunity to experience the bikes and wheels we’re making.’ Here in Japan it’s completely uncommon – when you go into a shop that sells high end bikes, you can’t even touch the them. There’s no way you’re going to take one for a test ride.”

Which is where the team at Spinlister comes in. 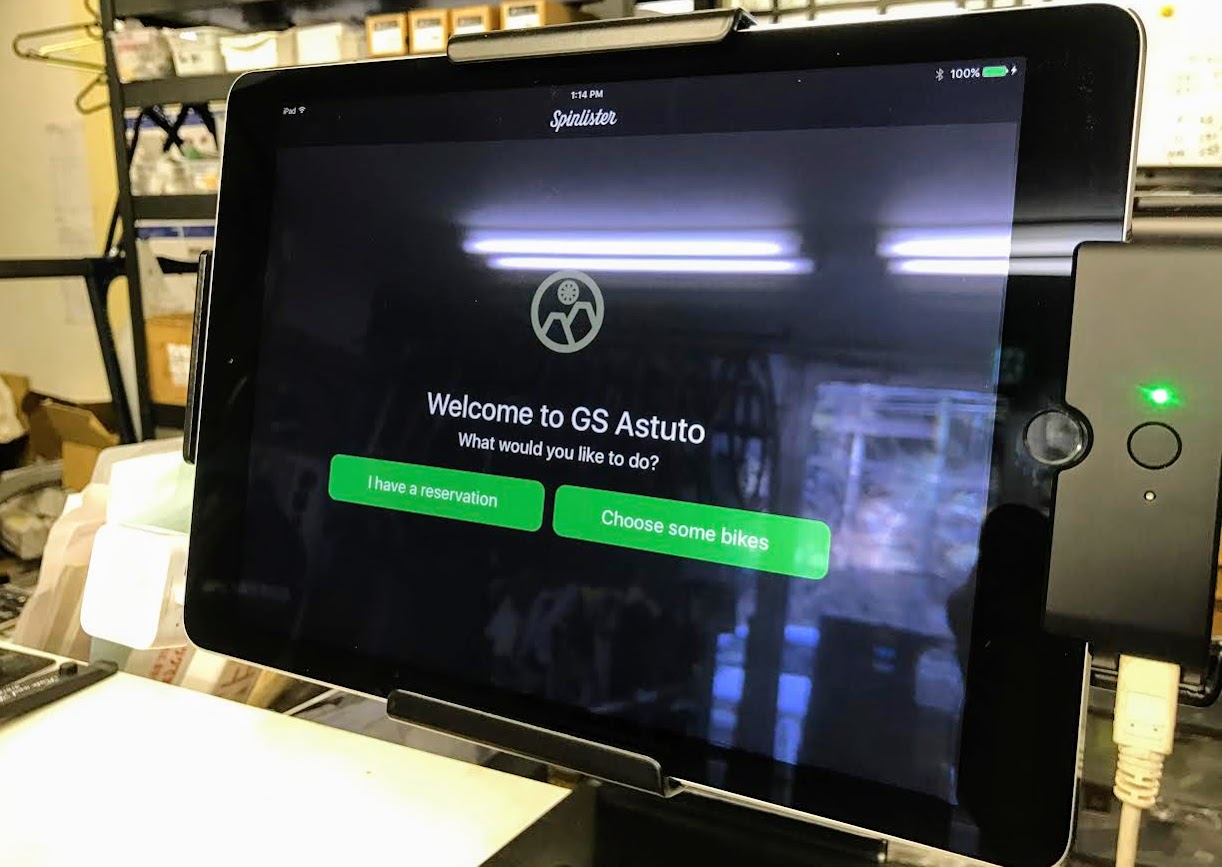 With the release of their Spinlister Pro B2B platform, the company that revolutionized bike sharing was able to help Tim implement the next disruption in Japanese cycling. And with the 2020 Tokyo Olympics on the horizon, it wasn’t a moment too soon.

“I see bike rental as the key to liberating cycling tourism globally,” he says. “And Spinlister is the company to make it happen.”

With his kiosk set up and unfettered access to the world’s largest community of bike renters, Tim has helped GS Astuto rise to the top of sport touring in the Land of the Rising Sun – whether it’s fitted rides up Mt. Fuji or two week adventures throughout Honshu. It’s a far cry from the difficulties cyclists endured when he started racing, and as he’ll be the first to tell you, that’s exactly the point.

“Take it from somebody who’s raced, toured, and carted bikes around: 20 years ago you brought your own bike because it was better than anything you could rent. But you know what? That’s not the case anymore. Any bike you rent from me is going to be better than what you load onto an airplane.”

Seeing his finished products first hand, you’ll be hardpressed to find anyone who would argue with that logic. We’ll consider the mic dropped. 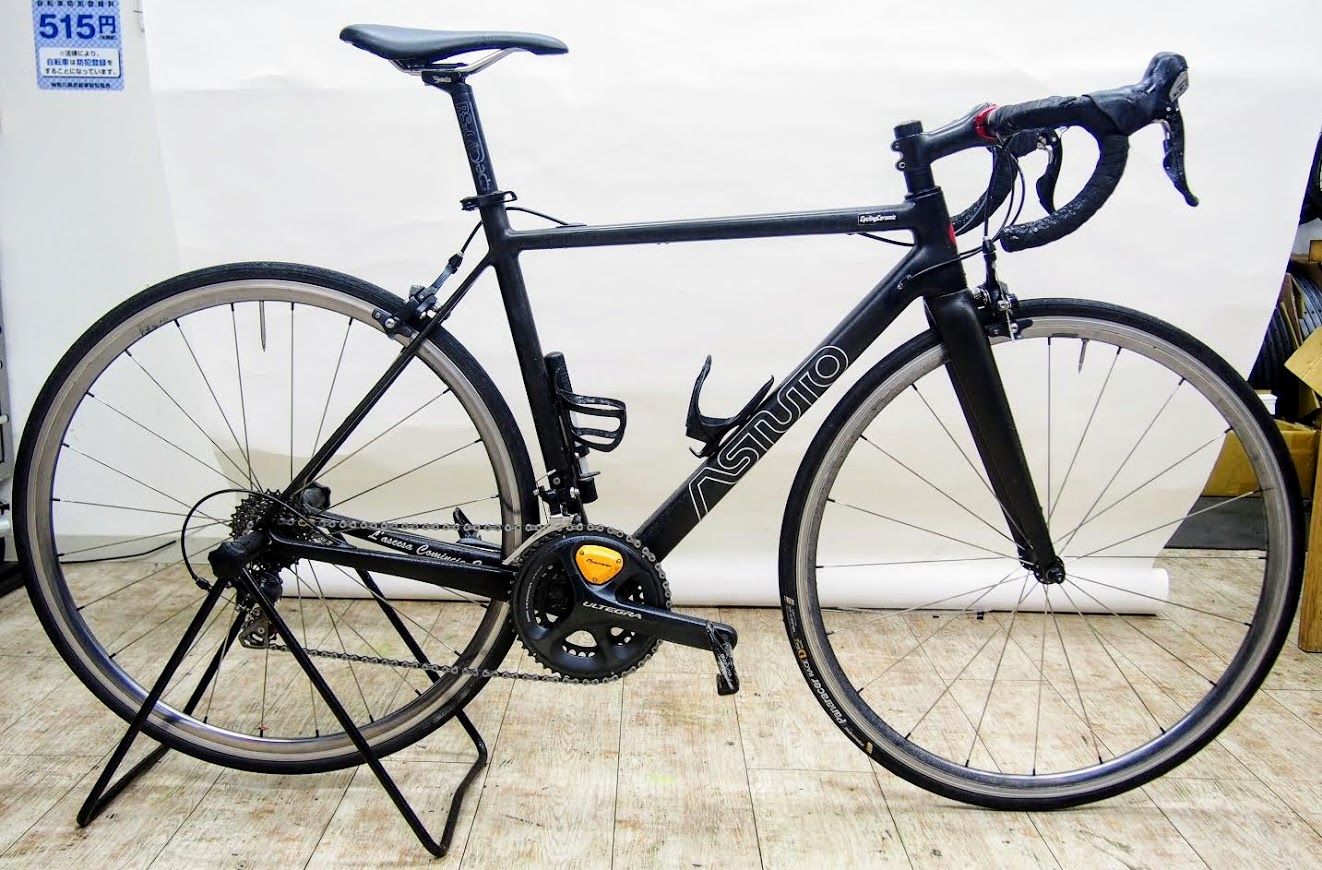 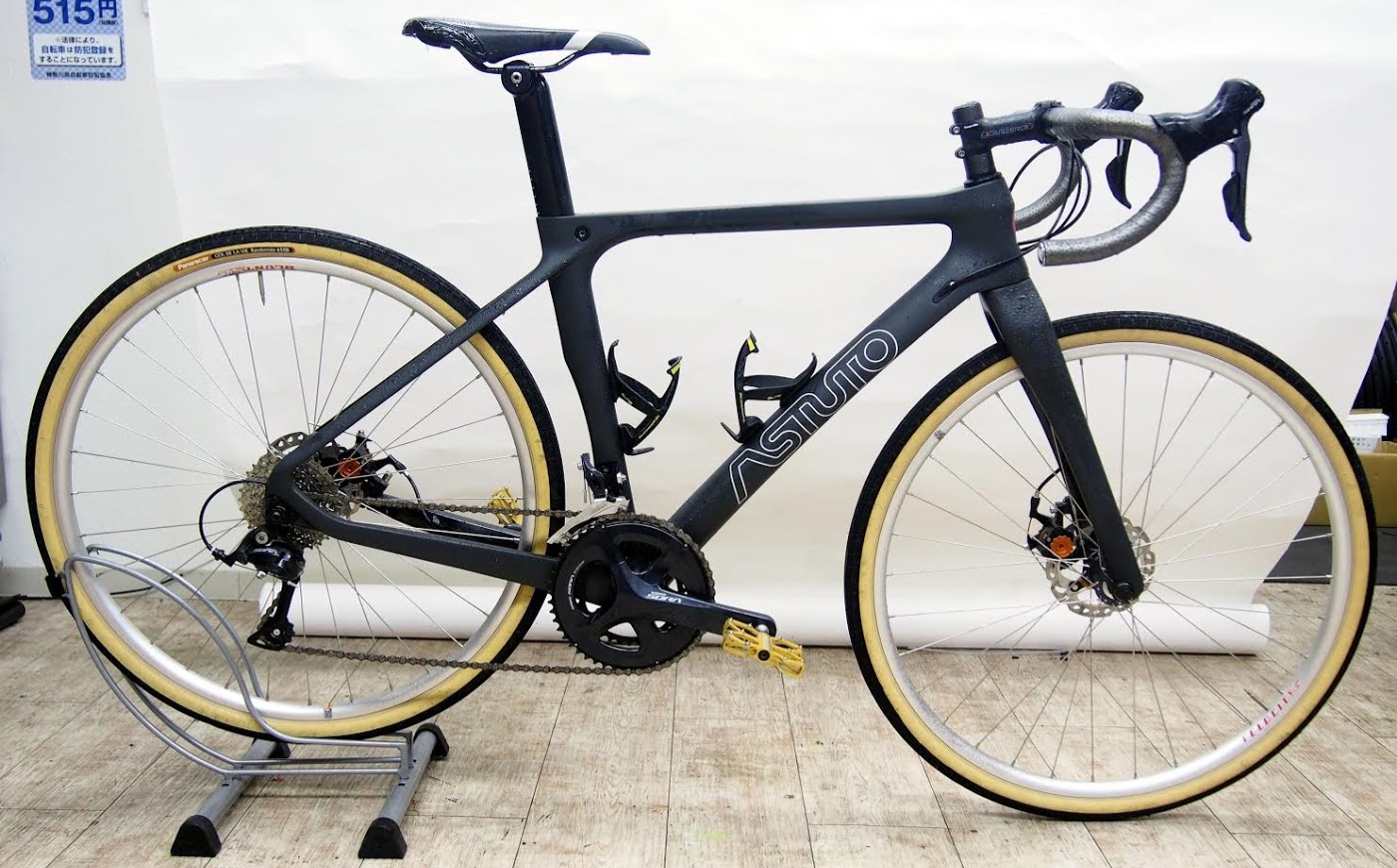 John Wachunas
John Wachunas directs content development and social media marketing at Spinlister. He is an avid traveler and published travel writer, as well as a co-founder and former content director at Embark.org.
Previous Post Ride Brooklyn and Spinlister: Putting the Fun Back in Brooklyn Cycling Next Post Embracing the Showroom Effect: Western Bikeworks and Spinlister