Night Bike Paris: How The City Of Light Became The World’s Best City to Bike After Dark

I know, I know, the internet is replete with grandiose headlines designed to drive clicks at the expense of real, substantive content. Hey, we’ve all gotta eat. But if you give me your attention for three minutes, I promise to make them matter. No gimmicks. No salesmanship. Nothing shallow. Just an introduction to a singularly unique, 2-wheeled travel experience in the world’s most visited city.

What do you say?

To understand exactly what makes night biking in Paris so profound, you first have to take a trip back in time to 1844 and the completion of the Thiers Wall. And yes, to preempt your next question, Paris once had a fortified wall built around it; several, in fact. The Thiers happened to be the last in this historic series of enclosures, yet its greatest legacy has nothing at all to do with its lineage or even its length (an impressive 35 km, or 22 miles). Instead, it was its symbolic division of inner and outer Paris that made all the difference.

Well, as far as midnight biking is concerned anyway. But I digress. 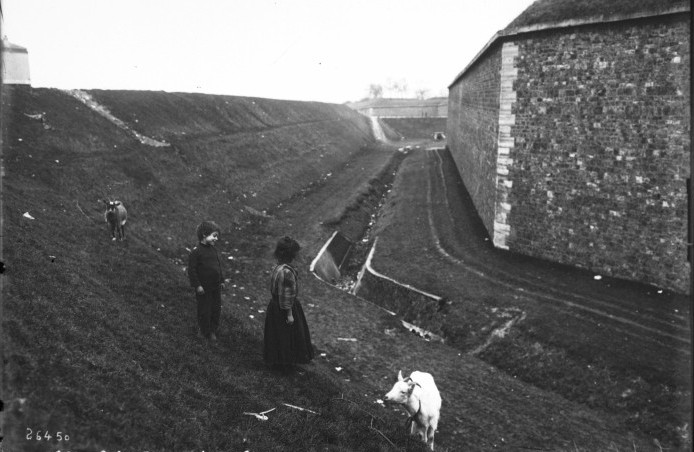 These days, the Boulevard Périphérique (or Paris Ring Road) is all that remains of the Thiers Wall, retracing its more-or-less circular path around the city and constituting the administrative border of the French capital. And that’s the critical point.

Find the Perfect Ride for Cycling Paris at Night:

It’s precisely this immovable historic border, first constructed in 1844 and now coupled with a legal height restriction of 37 meters on most of its buildings, that has allowed the urban population of Paris to remain almost unchanged since 1880.

Just let that sink in for a minute.

While cities like New York and Beijing have seen their populations double, triple, and in some cases even decuple over the past 100 years, central Paris managed to weather the 20th century surge of humanity sheltering nary a soul more than it housed back when Victor Hugo’s Quatre-vingt-treize could still be found on the “New Releases” shelf. 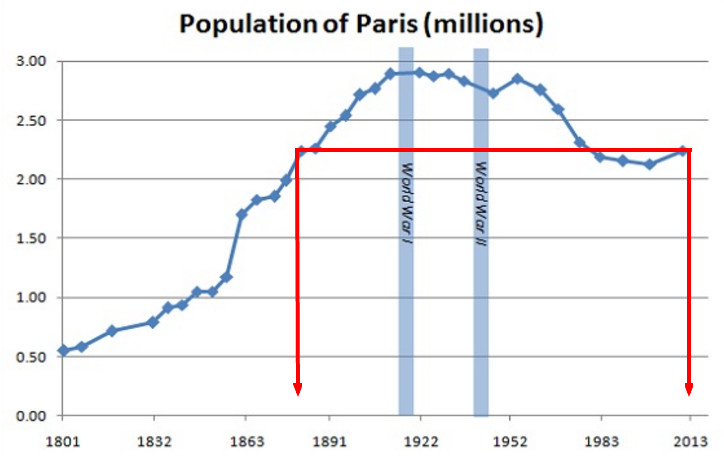 To be fair, it’s not that the Paris region hasn’t grown; quite the opposite, in fact. L’Île-de-France has burgeoned over the years to accommodate a population of over 12 million residents. But with no room to expand outwards, and no room to expand upwards, the city of Paris has had little choice (not that they’d complain) than to become the least populated of all the world’s major international urban hubs.

Okay, so what does any of this have to do with night biking, you ask. Bear with me, because there’s only one more dot to connect.

As anyone who’s visited La Ville Lumière can tell you, the bulk of Paris’ main attractions can be found along a supremely cycleable 4.5 km stretch of the Seine running directly through the heart of the city. These include the Hôtel de Ville, the Notre Dame Cathedral, the Louvre, the Tuileries Gardens, Place de la Concorde, the Champs-Élysées, the Grand Palais, and the Eiffel Tower. That’s a veritable cornucopia of internationally renowned art and architecture packed together into three of Paris’ least-populated arrondissements (the 1st, 4th, and 7th). Yep, there it is again: least populated.

Okay, so now let me ask you what might feel like an unnecessary rhetorical question at this point: what do you think happens to the least populated section of the least populated major international city once the lights have been turned off, the tourists have gone back to their hotels and the workers have commuted to their homes outside the periphery? 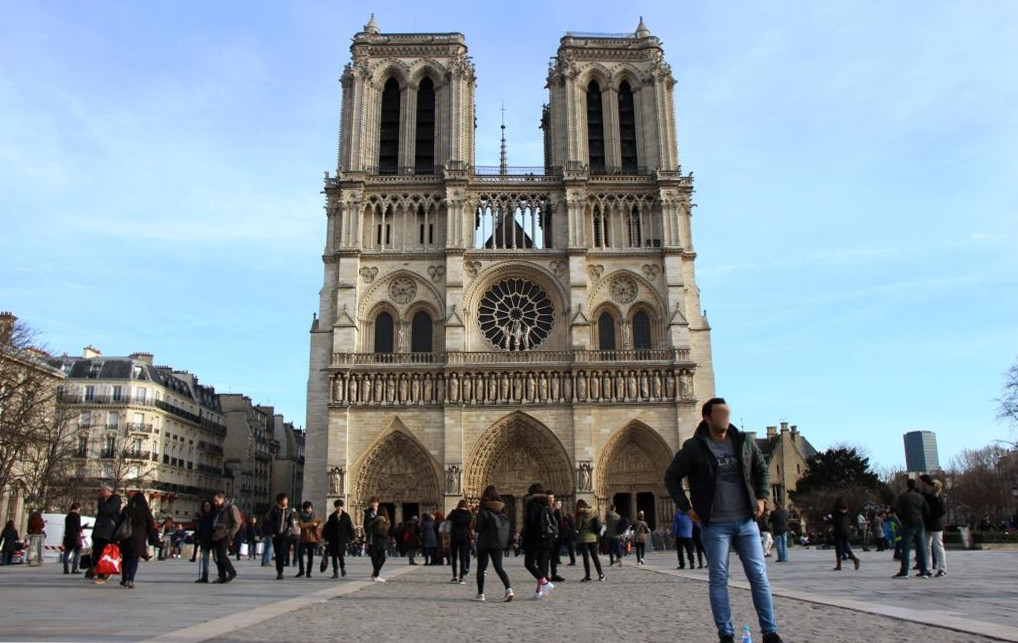 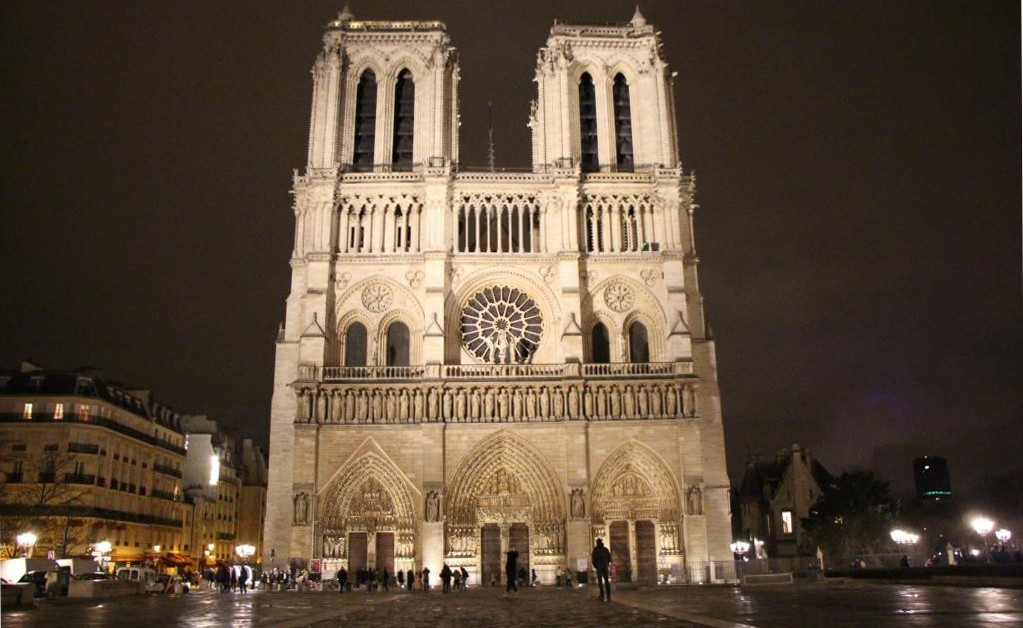 True night biking in Paris (we’re talking about a start time right around midnight) allows you the freedom to revel in the magnitude of some of the most iconic monuments on Earth as if you were the last one to inhabit it. You’ll have to forgive me for a little artistic license here but, in the complete absence of crowds and lights, suddenly the act of experiencing these structures becomes infinitely more personal. Alone against the backdrop of a near-black sky, they take on a solemn, natural majesty that’s as impossible to recreate during the day as it is to find in any other city.

Yes, you might have to satisfy yourself with the view from the outside, but that’s exactly the point. The queues and the commotion will be here again tomorrow, as will another 19,000 tourists selfie-ing their way up the crown jewel of the Champs de Mars. Tonight, however, is all about the rush of pedaling down near-empty streets as you guide yourself along a private tour of the greatest open-air art exhibit the world has ever known. 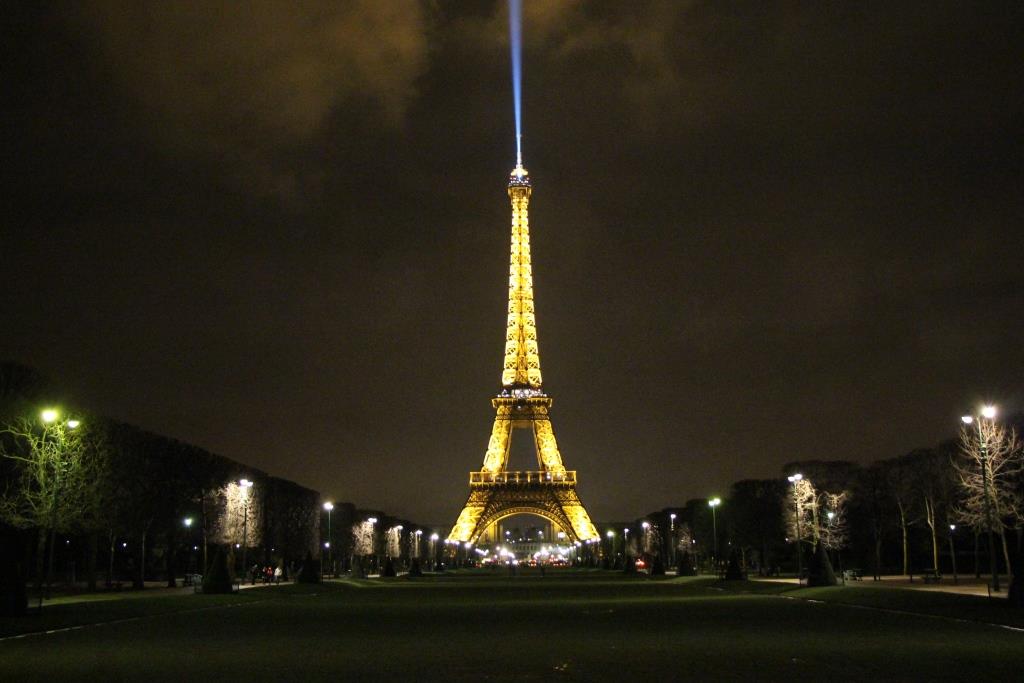 So there you have it: my three minute plug. I could go on, but I’m sure you have more important things to do. Instead, I’ll just leave you with a parting thought:

It won’t cost you anything besides a few hours’ sleep and some optional bottles of wine (strictly for hydration purposes, obviously); however, when it’s over, you might just find a late-night bike excursion through the streets of Paris to be one of the most memorable rides you’ve ever taken.

John Wachunas
John Wachunas directs content development and social media marketing at Spinlister. He is an avid traveler and published travel writer, as well as a co-founder and former content director at Embark.org.
Previous Post Paris By Bike: A Beginner’s Guide To Cycling The City Of Light Next Post La Coulée Verte: Biking the Twin Green Belts of Paris