Home to urban beauty, versatile neighborhoods and beautiful climate - the perfect city to fall in love with.

San Francisco is the centerpiece of the Bay Area and with its legendary hills, single tracks, and paved paths it is a cycling heaven for a variety of bikers that support the booming bicycle culture. It spreads over a seven by seven mile area and entails more than 150 miles of bike paths, lanes and routes.

There are 23 miles of designated bike paths which are located mostly in the western section of the city, such as Golden Gate Park, Presidio, and Fort Funston, while 45 miles of bike lanes located on the roadway edge take up flat areas of the city like SOMA and Richmond District. 132 miles of bike routes that both car drivers and bicycle riders share are spread throughout the entire city, and altogether the city proves to embrace the cycling culture and provides an urban cycling experience of a lifetime. 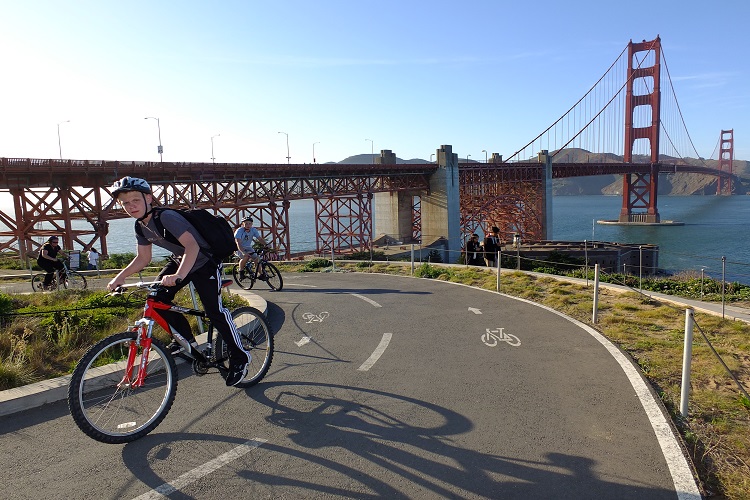 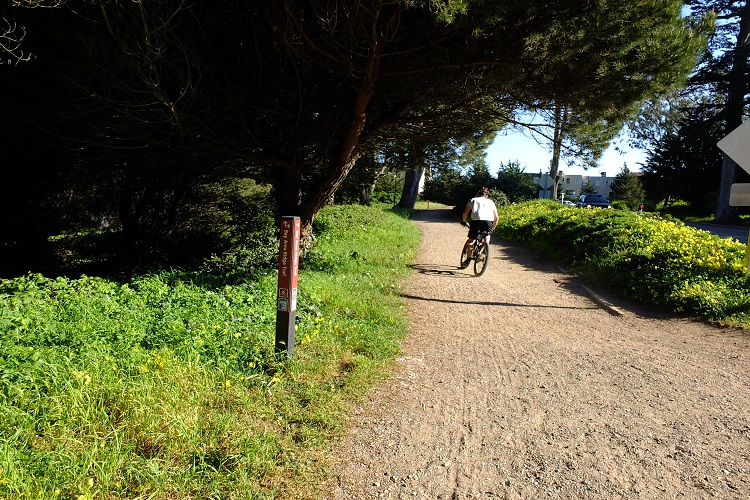 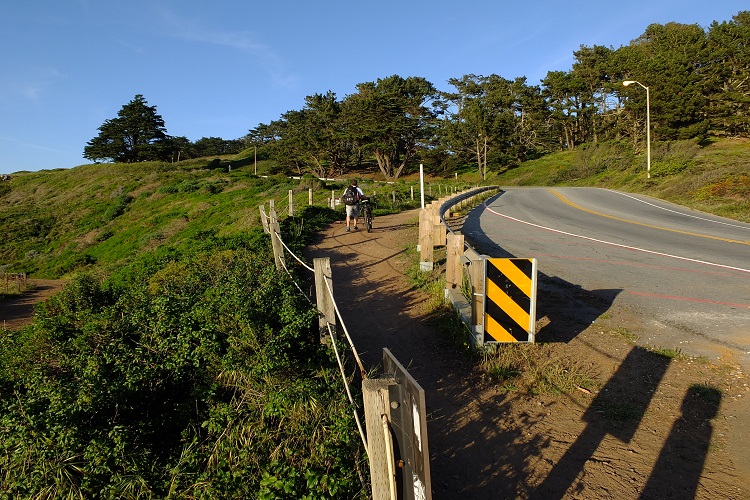 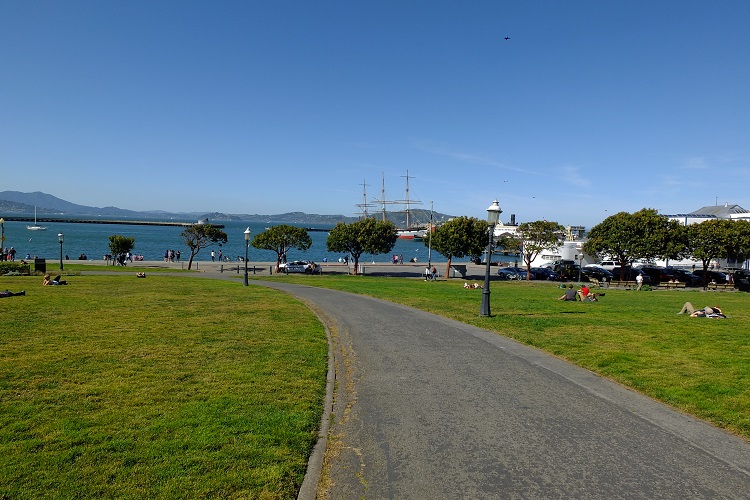 This picturesque city encompasses a cleverly devised bike infrastructure that stands out with its protected bike lanes and the intentionally created wave of green traffic lights, making the ride for urban cyclists smooth. The compact form and shifting weather offers a diverse cycling experience that will take you from the cold and windy outskirts, to the warm and calm downtown. Jump on your favorite two-wheeler and set out to discover the city. Rest assure, there’s plenty to see.

Enter the Panhandle Park at the junction of Baker Street and Fell Street, and ride your way through marked bike paths all the way to Golden Gate Park. 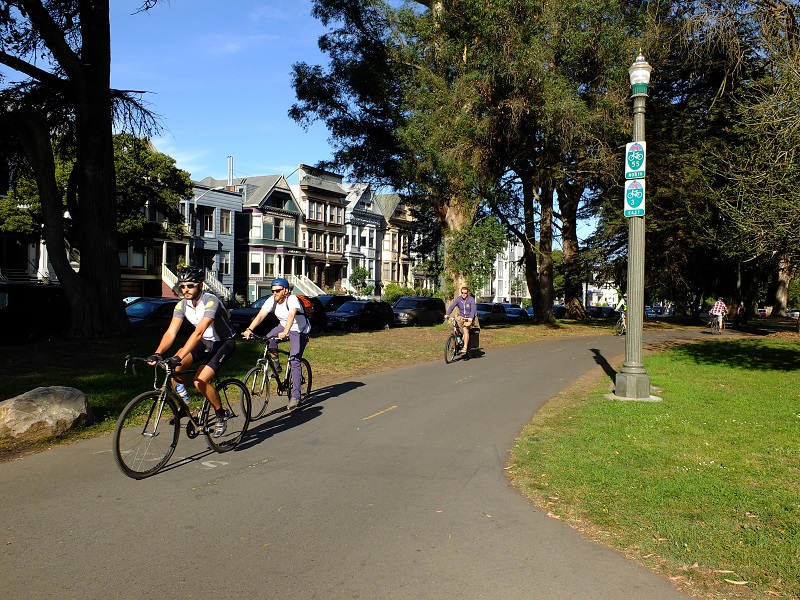 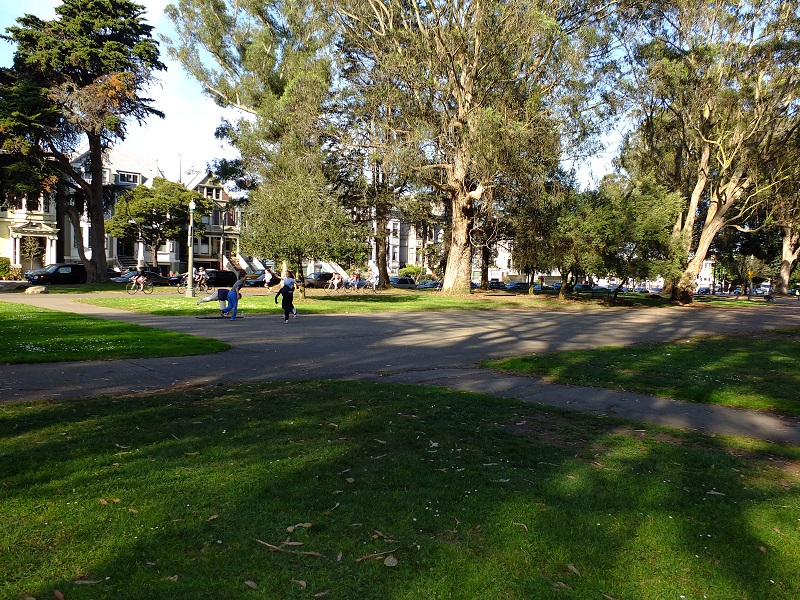 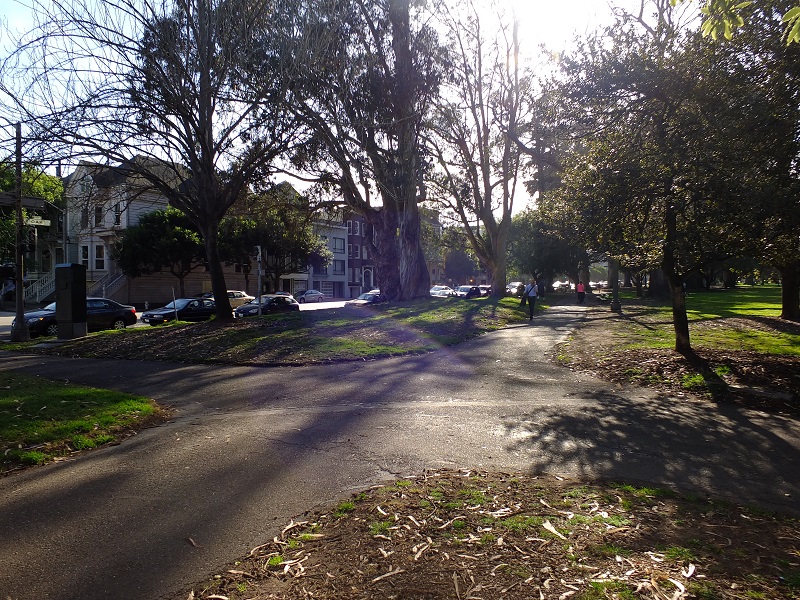 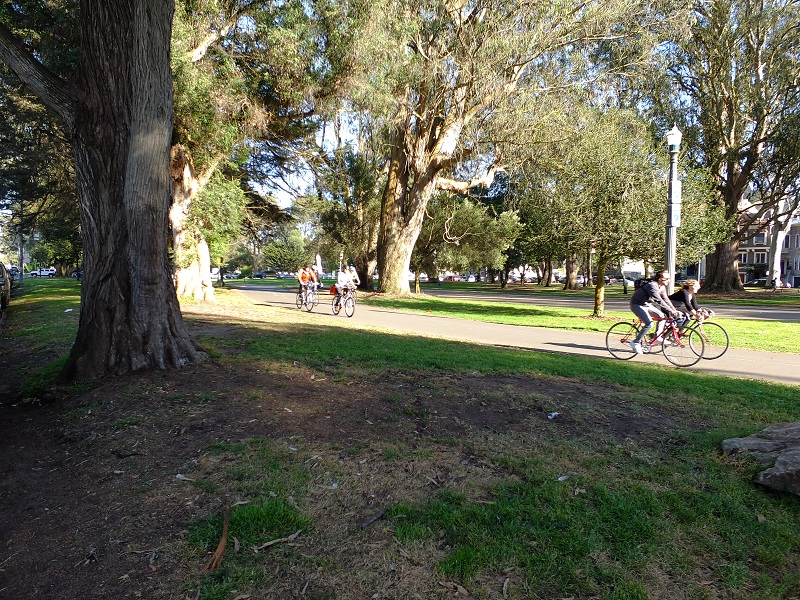 This short 0.7-mile ride is the prelude to the wonderful Golden Gate Park. However, it’s one of the most attractive rides on its own as well.The gradual and continual ascent won’t present a problem even if you are a beginner cyclist.

Tourists consider it a busy path, with lots of traffic, hikers, and bikers. Group gatherings, festivals, and tournaments are always happening at the Panhandle. There is also the Panhandle Children’s park for the youngest ones. Lush Eucalyptus trees will make your entire ride in the park exciting and the beautiful scenery will only add to the gorgeous and relaxing atmosphere. 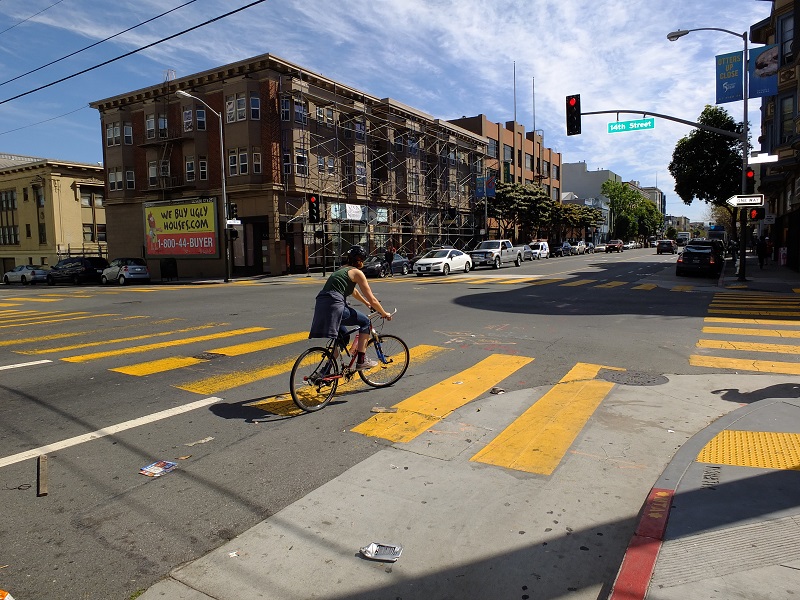 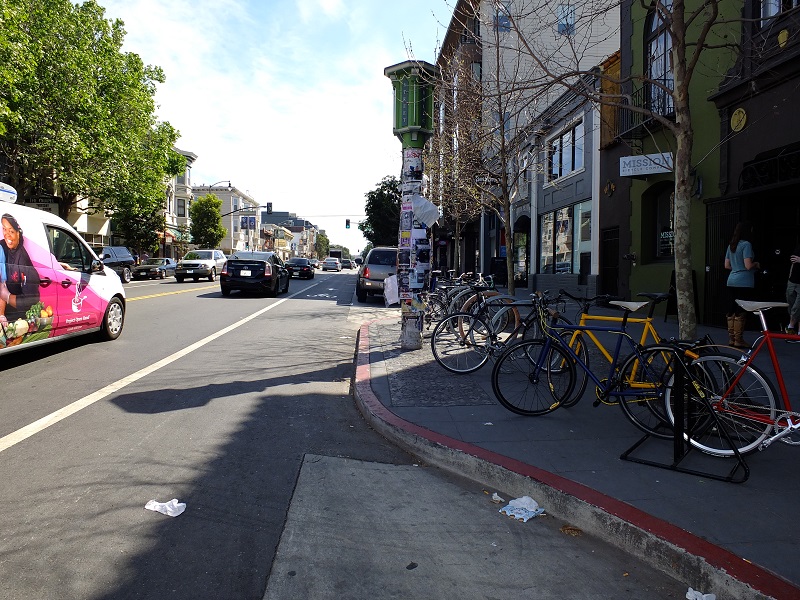 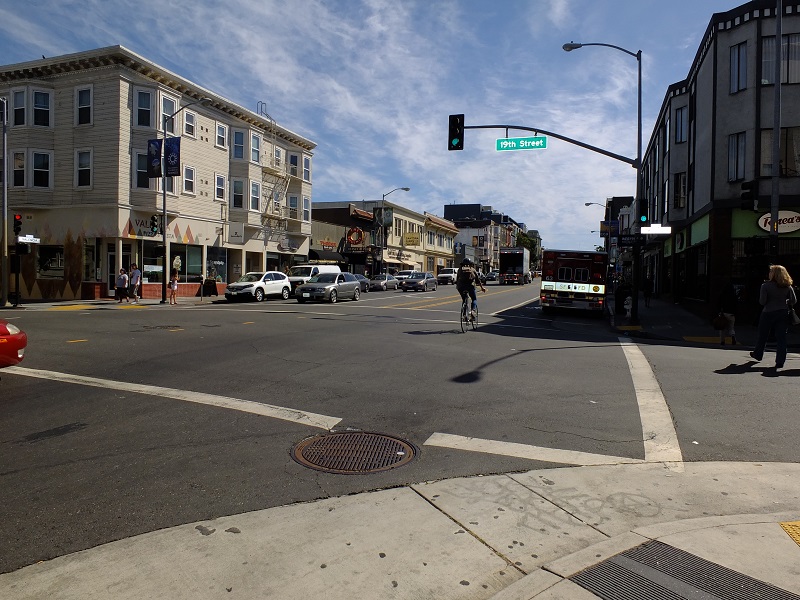 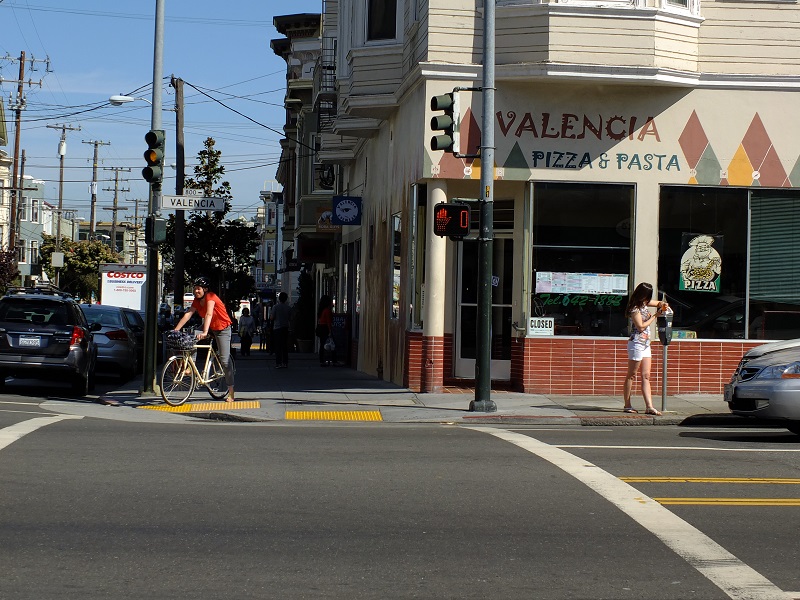 Located in Mission District, this street represents the city’s vital bike artery, and it’s packed with all sorts of shops and food places. There’s a bike lane the entire length of the street and bike parking corrals line the street. In addition, traffic lights are timed at bike speed, which means if you pedal at a constant speed, you will hit every green light. Everyone loves the Valencia Green Wave timing, which makes the bike ride much easier and faster through this busy street, especially if you pedal at a constant speed. What’s more, there are plenty of bike racks along the way, and a highly useful air compressor outside Valencia Cyclery, which serves as first aid for flat tires. The Gestalt Haus offers inner bike racks as well.

This flat, 1.7-mile long route has you flowing through the neighborhood from the market all the way to El Rio and back, therefore it represents a truly pleasurable ride suited for both tourists and locals. They say that the weather in Mission District is usually much warmer and sunnier than in other districts. It is a known fact that the weather in San Francisco varies from one district to the other.

As one of the most famous paths in San Francisco, it’s a busy yet truly iconic route. It’s called ‘The Wiggle’ due to the nature of its zigzag path. Start your ride at Duboce Avenue and Market Street, behind the Safeway, and follow the bright green sharrows (share-the-road arrows) on the ground. Turn right at Steiner Street, and then left on Waller. Next, this zigzag route will take you to Pierce Street. Afterwards turn left on Haight Street. Turn right at the Scott Street and finish the ride at Fell Street. From there on you can enter the Panhandle and make your way to Golden Gate Park. 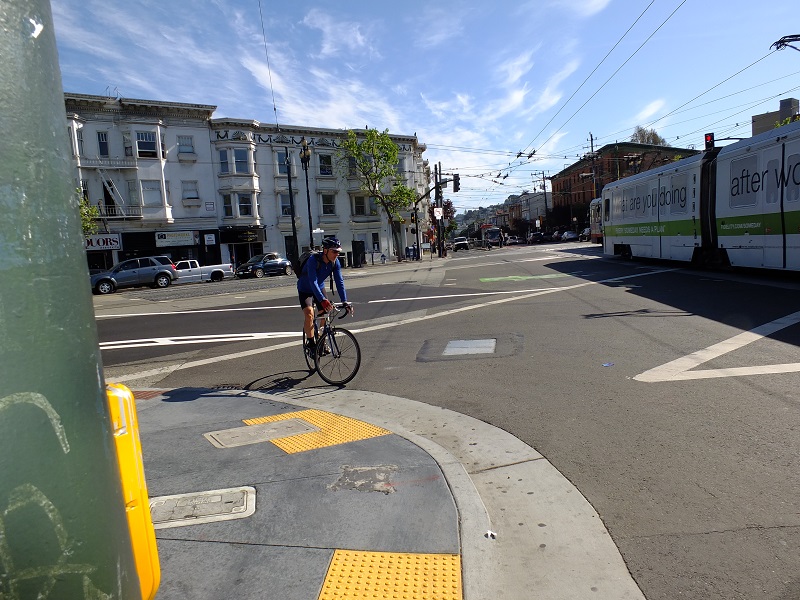 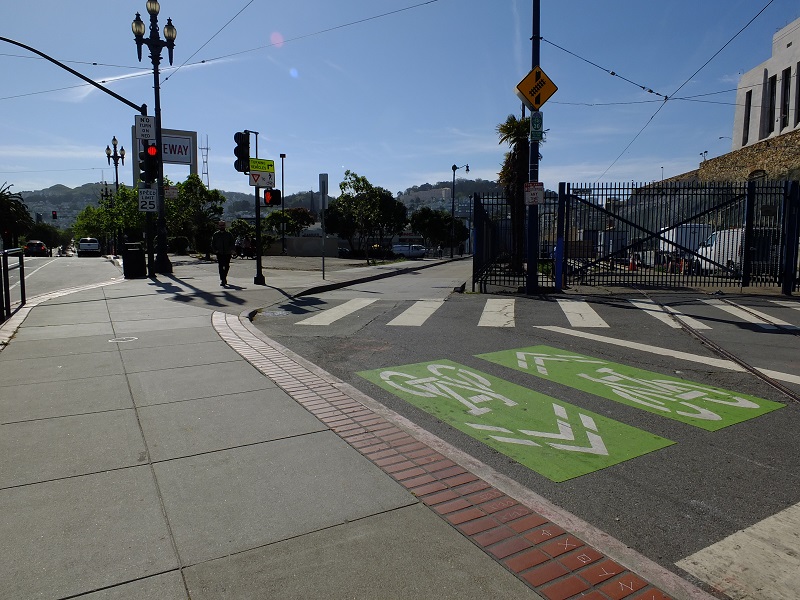 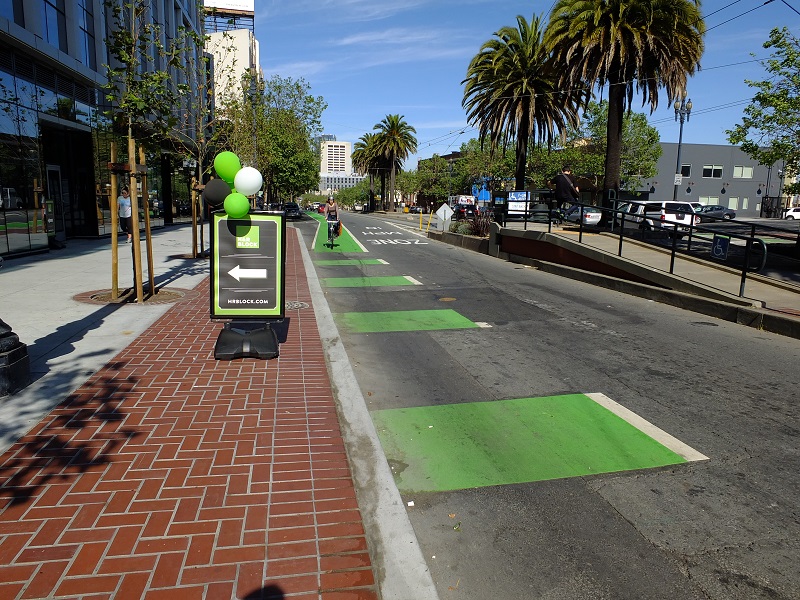 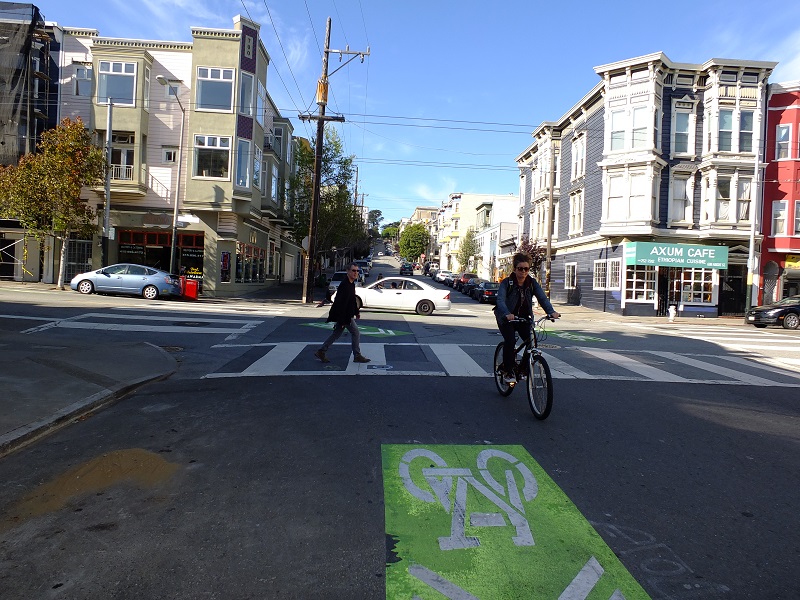 The pavement trail surface makes this an easy-gliding ride. The bike route has the average length of 1.7 miles and is mostly flat. However, from the starting point at Duboce Avenue until the ending point at Panhandle, the elevation rises approximately 120 feet. Overall, it’s suitable for beginners who want to try out their city bikes on lesser steep hills of San Francisco, which is also great because you avoid the harsh winds you encounter while biking over hill paths.

It’s the flattest East/West route and it is also your connection to major neighborhoods such as the Golden Gate Park, the Sunset, the Richmond, NOPA. Since it’s regarded as one of the easiest routes to navigate through in San Francisco, it will take you to these neighborhoods in no time.

While wiggling down this historic bike path, you can take a little detour and visit the Mojo Bicycle Café in Divisadero Street. It’s a bike shop, café and a bar that delivers freshly roasted coffee to customers by bicycles, giving you the ultimate cycling experience. You choose your own end of the ride, whether it’s the eucalyptus smelling Panhandle Park or the legendary Golden Gate Park. 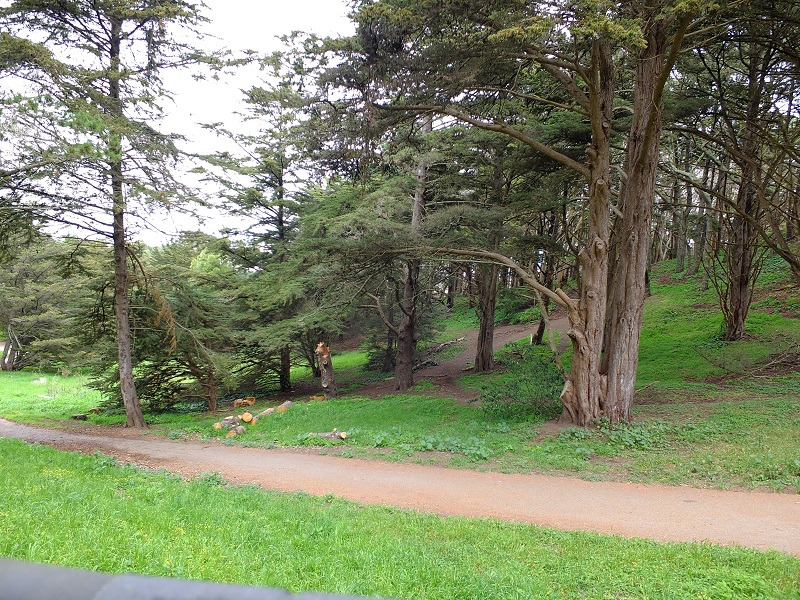 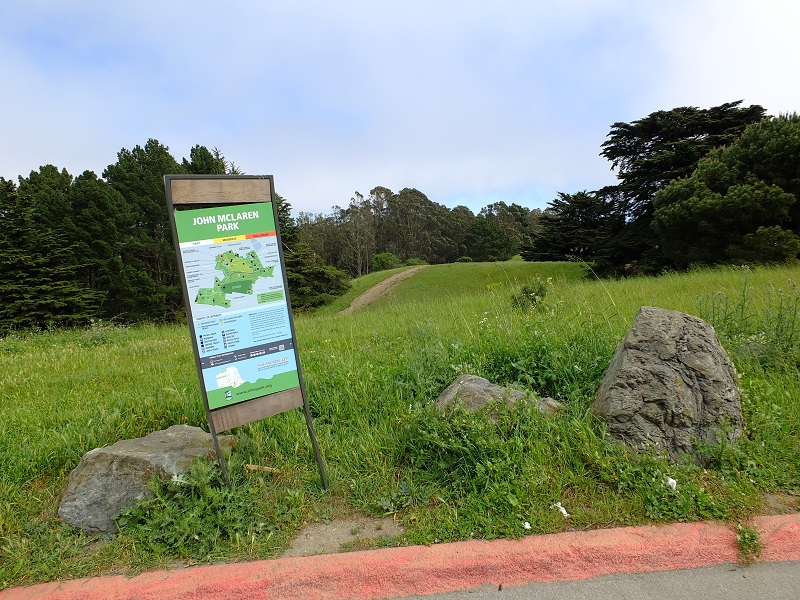 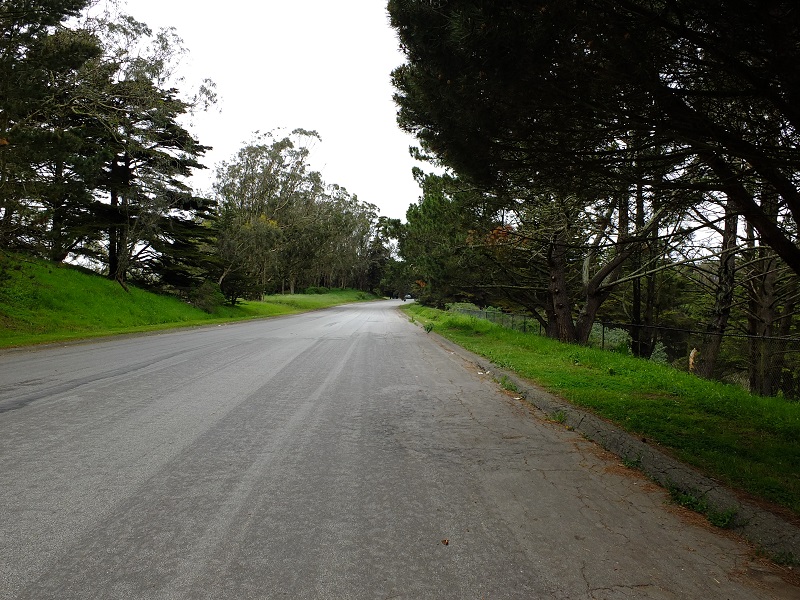 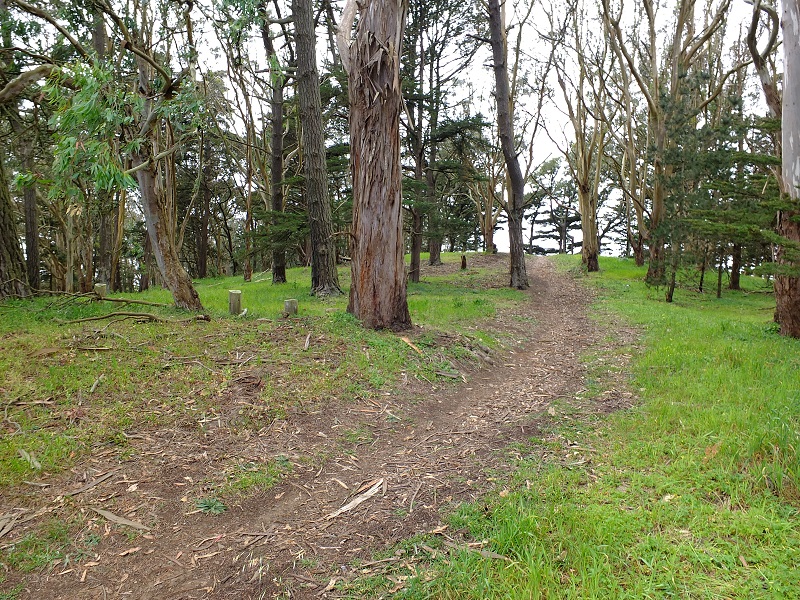 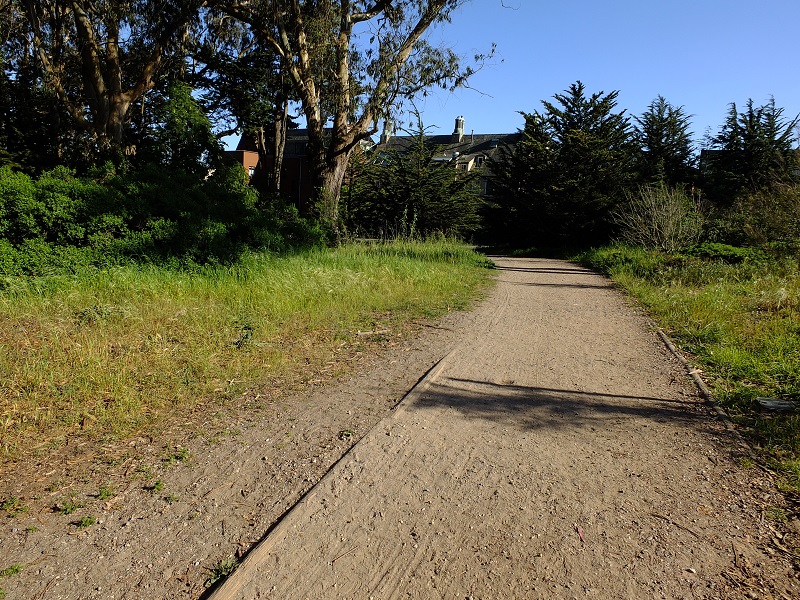 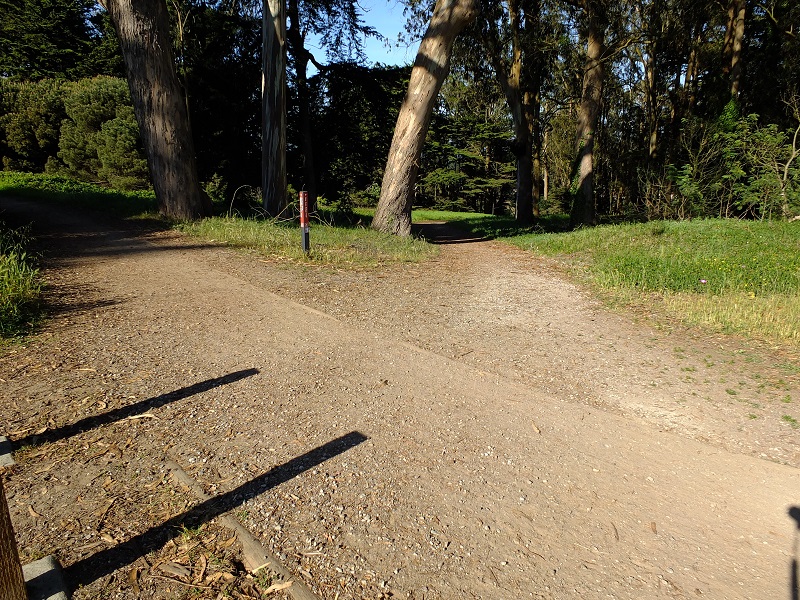 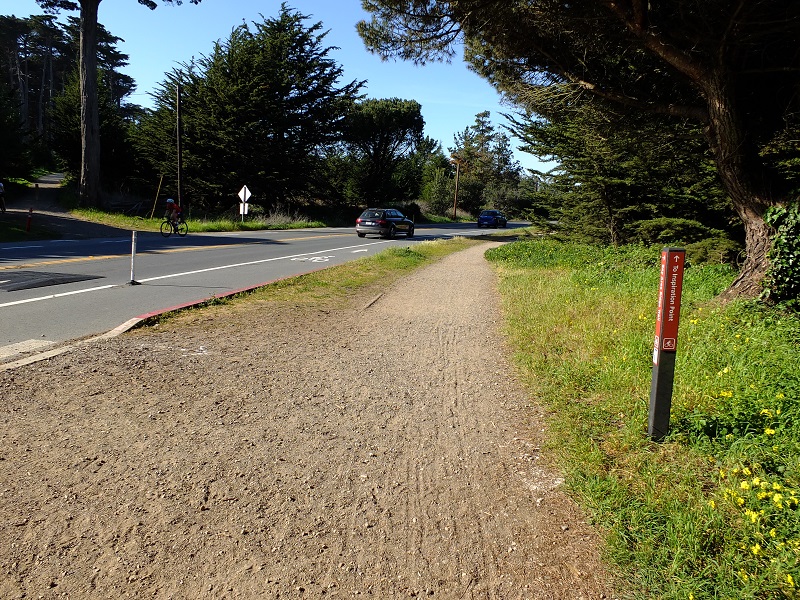 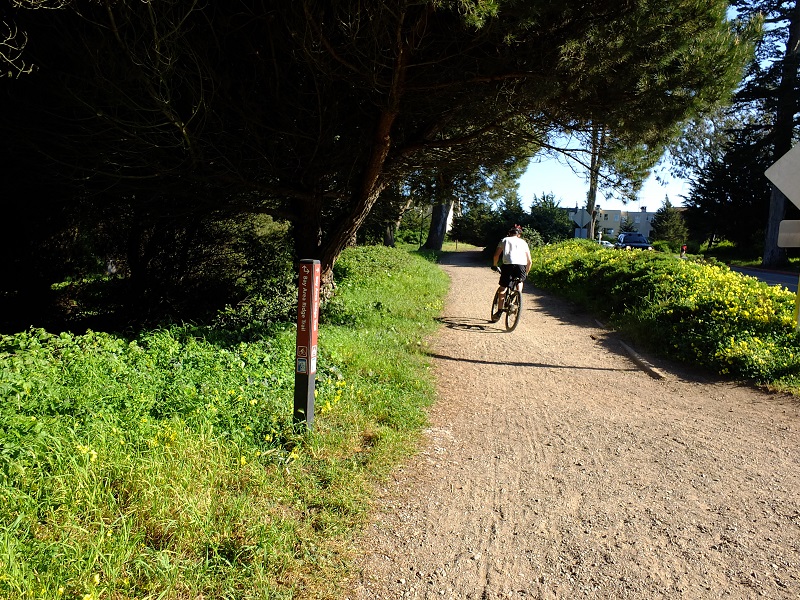 This route is perfect for off-road biking as well as a short stroll with your family or pets. The Ecology Trail differs from rest of San Francisco, and although its 0.7-miles make it a short ride, you’ll enjoy every single part of it. It offers you something different, as the tall buildings of San Francisco are traded for stunningly gorgeous redwoods and grasslands. The ride descends from Arguello Boulevard to Barbard Avenue, so it’s quite easy to go down this path.

You can start this route from Juanita Way, Rockdale Dr, Dalewood Way or Molimo Dr. There are many off-road trails to choose from that let you cycle through Mount Davidson. 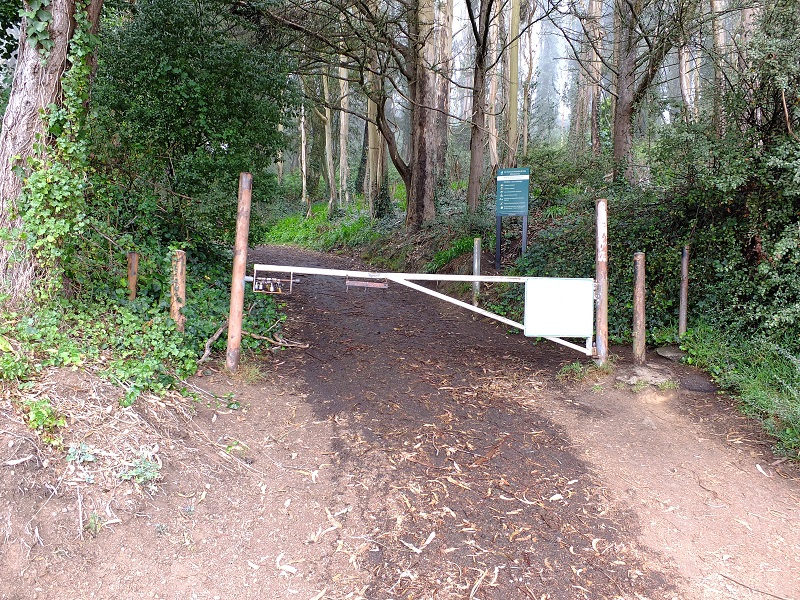 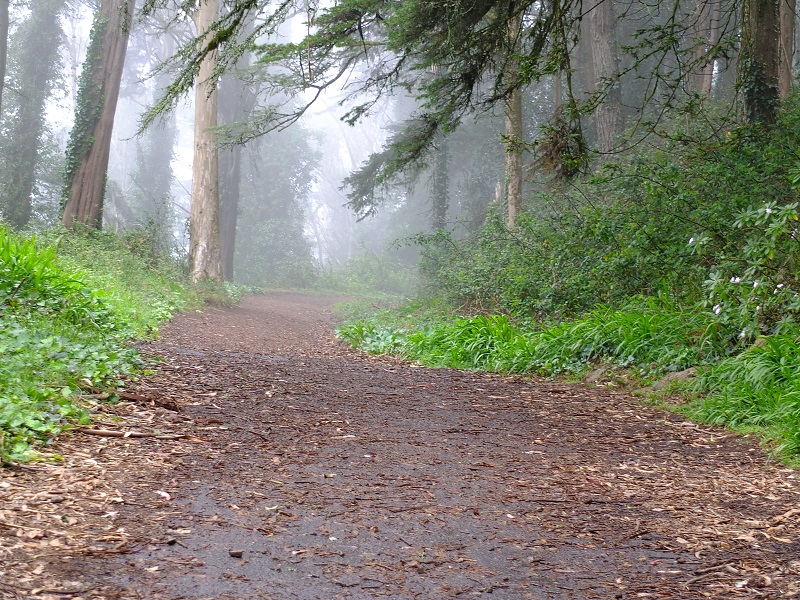 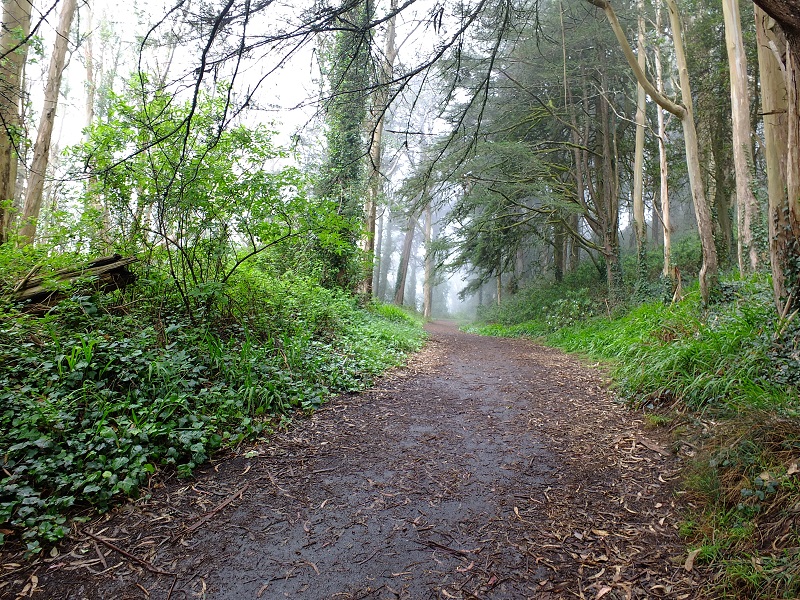 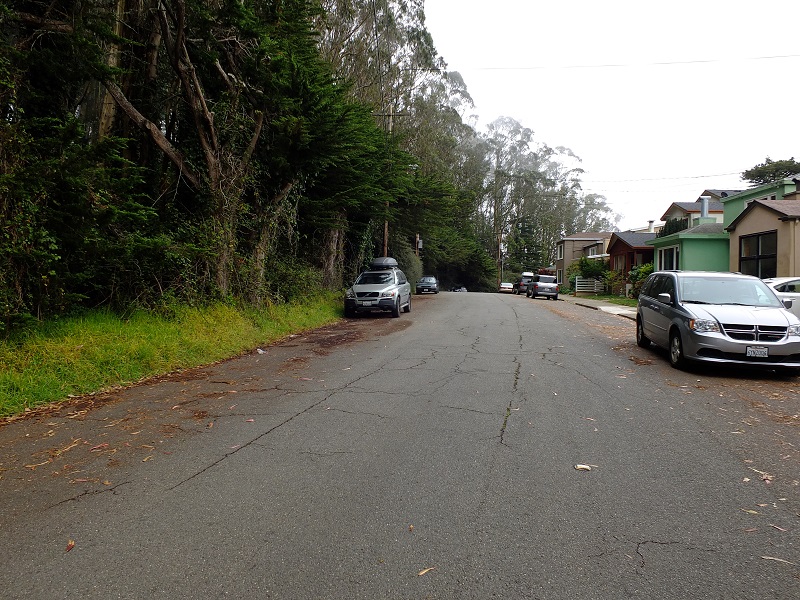 The trail length depends on the tracks you choose to take. Some of them even offer a mild technical trail. Technical trails features more obstacles in terms of rocks, hills, and steps, which is definitely a dream come true for cyclists that are more adventurous.

This trail represents the highest natural point of San Francisco. Known as the jungle at the top of San Francisco, it includes a lush forest and offers incredible city views, and above all, an enjoyable single-track. Visitors claim that once you reach the top of the mountain, you feel completely isolated from the noisy business of the town and all you can hear are birds chirping. Mount Davidson isn’t just popular due to its magnificent nature, tracks and overlooks. It’s also famous because of Dirty Harry movies that were shot just at Mount Davidson.